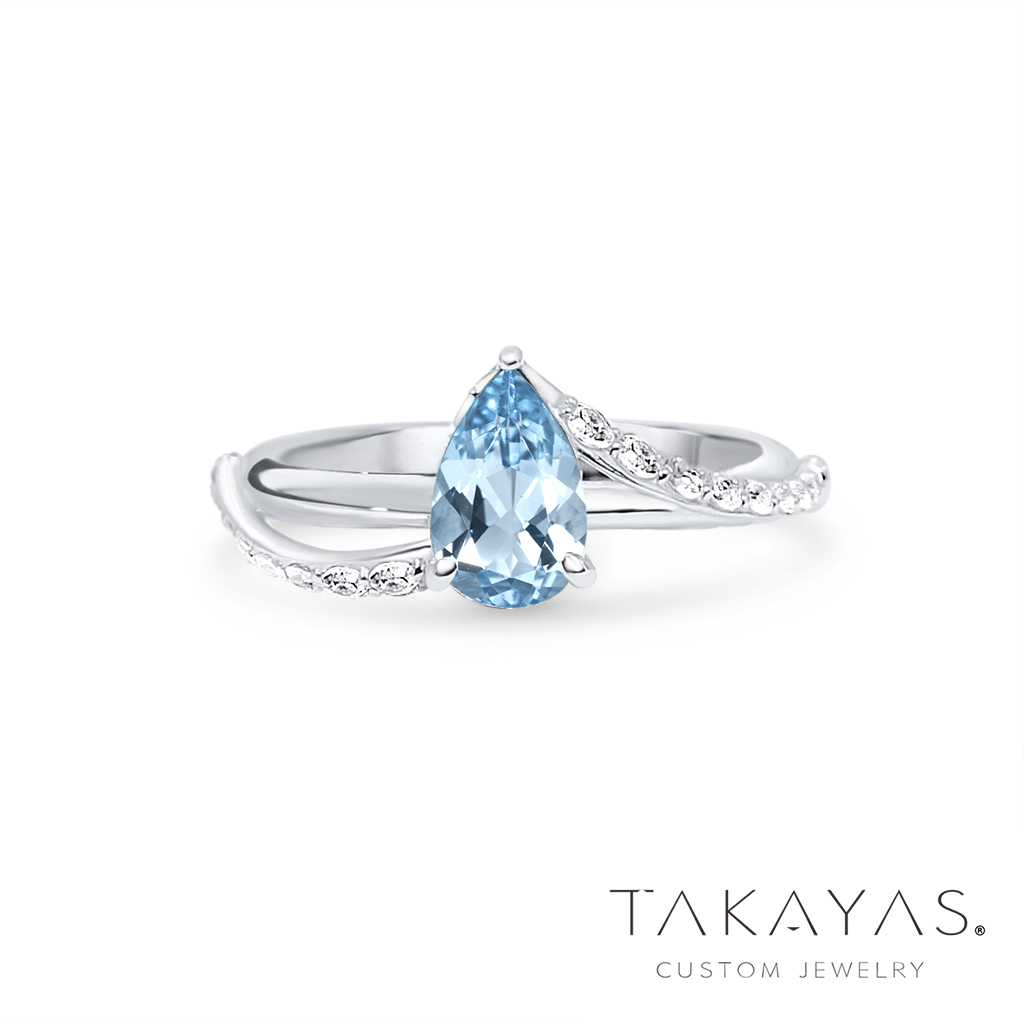 Though the worlds of the Final Fantasy series may differ, many of the central forces, beings, and characters that shape them remain the same. One particular recurring personality is Shiva, the icy elemental who has enjoyed an appearance in every main game from Final Fantasy III to present day – and who we once paid tribute to in the form of our previous Final Fantasy X Shiva inspired engagement ring! For two other wonderful friends of ours, however, another particular incarnation of Shiva was their muse. Leah came to Takayas Custom Jewelry to craft her own custom ring inspired by the Lady of Frost, based on her portrayal as the venerated Saint Shiva in Final Fantasy XIV!

“Mackenzie and I met in college just over four years ago and quickly found that Final Fantasy XIV was a big interest for both of us,” Leah shared with us about the story that brought her to our studio. “At the time, we were both gearing up for the launch of Heavensward and made the decision to experience it together, resulting in me transferring to his server.” Through two server changes, two real-life moves, and two graduations (with the same degree!), this sweet couple has been venturing across both Eorzea and the United States ever since. To finally make things official, Leah wanted to craft a custom ring that reflected the game that brought them together! 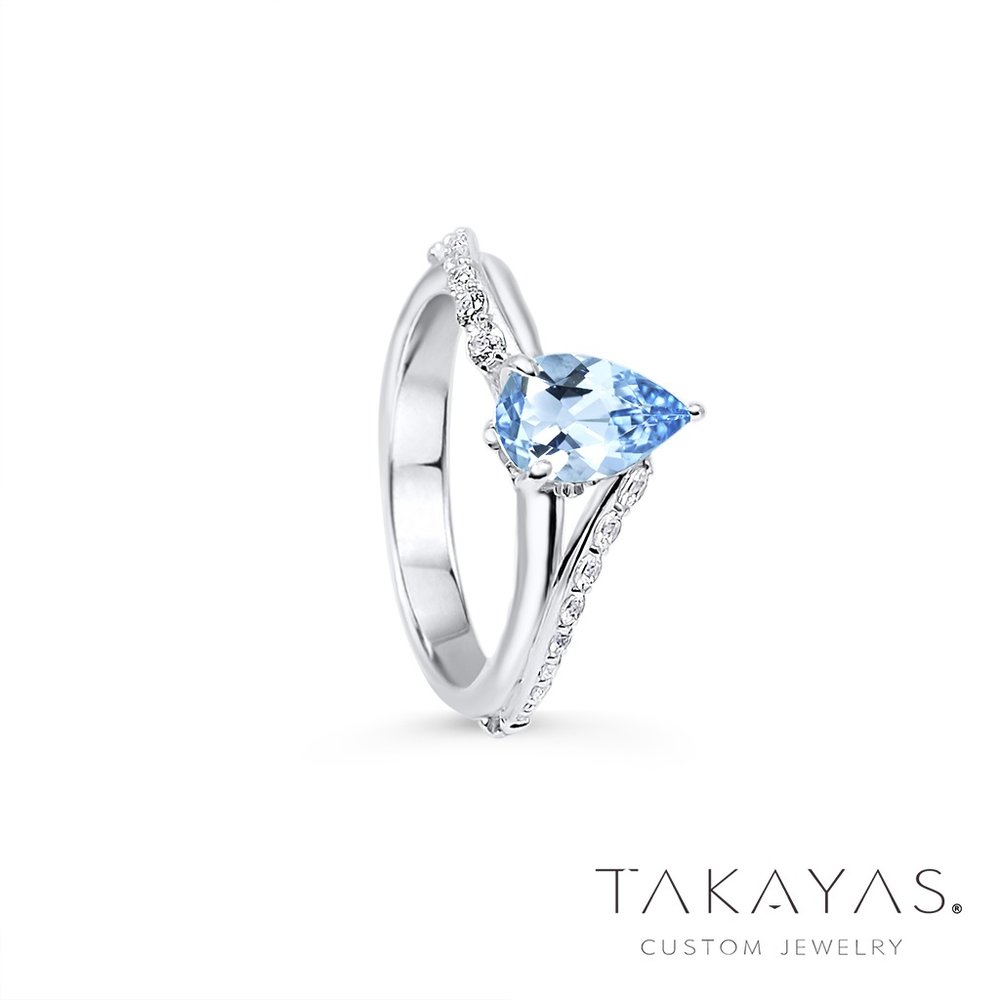 Representing the mysterious Ice Tear that Shiva drops after battle, a pale blue pear-cut aquamarine makes a stunning centerpiece for Leah’s unique ring. To echo the dramatic swirls of Shiva’s cape as she floats through the air, Takayas hand-sculpted the layered shank into graceful arches that radiate asymmetrically from either side, culminating in diamond-shaped tips. These alternating directions of the shank also allow for a closer glimpse at the snowflake-shaped setting that upholds the center stone, creating a magical wintery theme.

For another subtle hint of Shiva, a delicate engraving on the underside of the band reflects the compelling patterns of her bodysuit. Encrusted with sparkling white accent stones, the icy effect of Leah’s amazing ring calls to mind the Akh Afah Amphitheatre wreathed in frost – an homage to the extraordinary power of Shiva’s signature ‘Diamond Dust’ attack!

“It’s gorgeous!” Leah exclaimed, when we first shared renders with her of her spectacular design. She certainly felt the same way when the finished piece found its rightful place on her finger! For this couple, the creation of their dazzling custom ring not only held a ton of heartfelt meaningas a symbol of their deepening relationship – it also made them even more pumped up for the upcoming next chapter of their escapades in Final Fantasy XIV. “We’re both incredibly excited for the launch of Shadowbringers, and for this next step in our adventure together. Thank you for everything!”

Thank you, Leah and Mackenzie, for inviting us to craft a one-of-a-kind ring that honors such an enduring part of the relationship you share. We wish you many years of joy and love as you continue to explore life hand-in-hand – both in this world and the world of Eorzea!