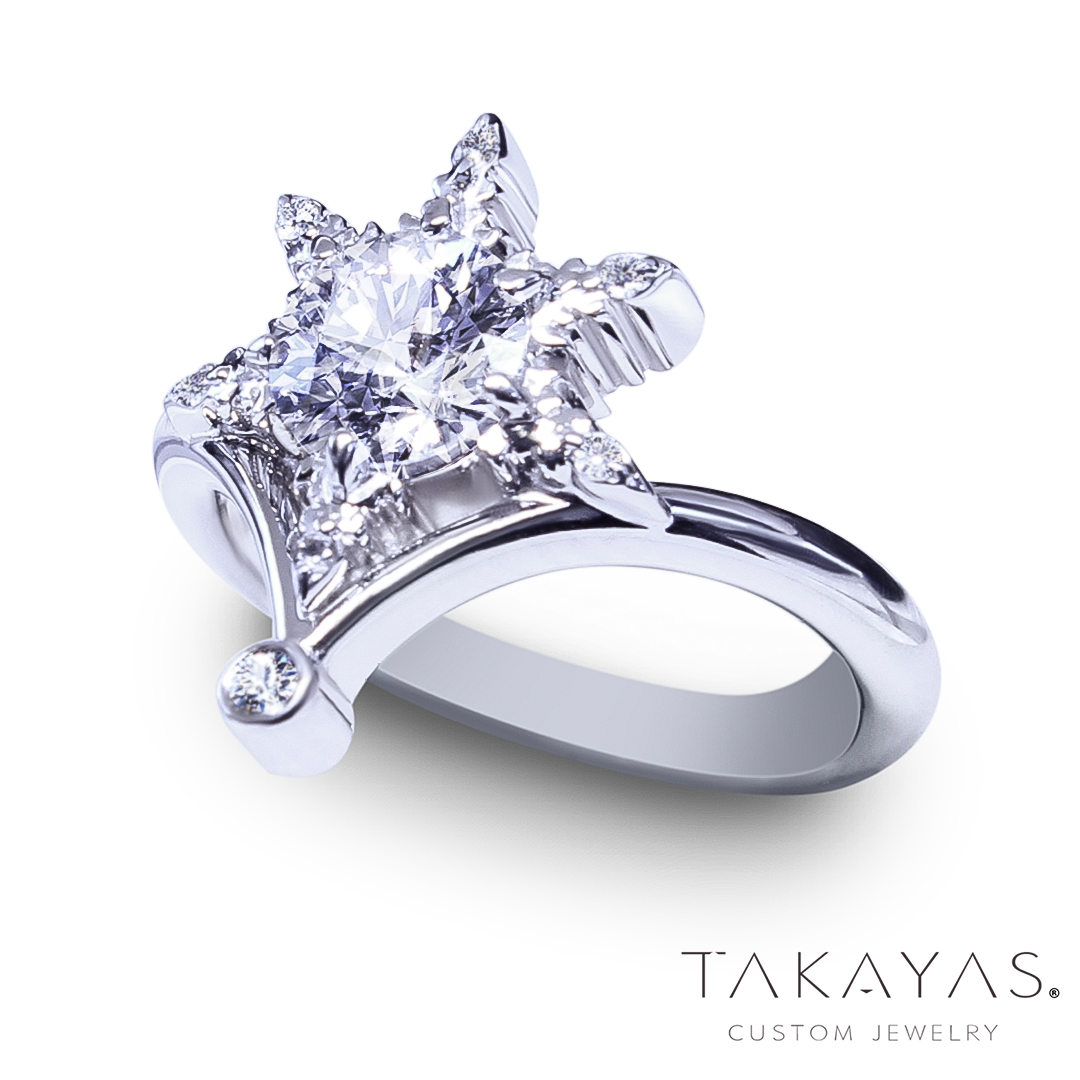 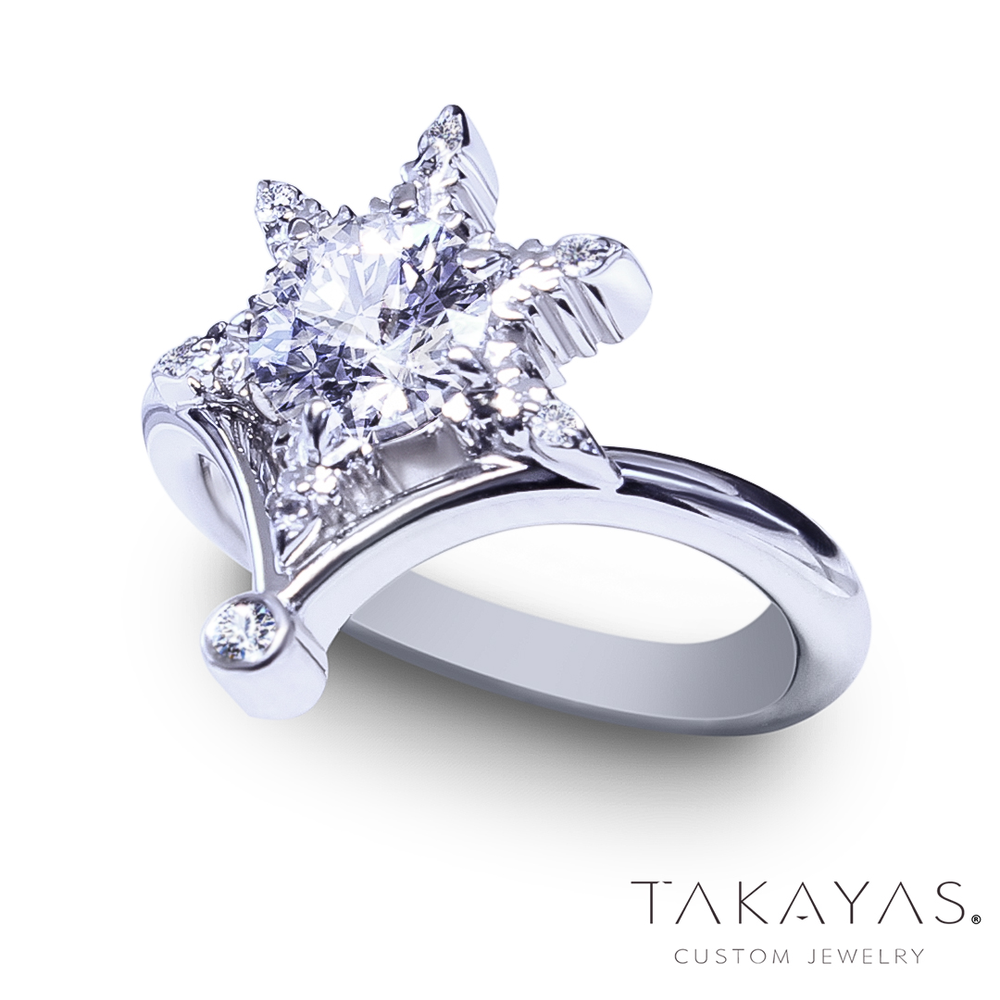 In Final Fantasy X, the religious landscape of the world of Spira is defined by magical creatures and divine phenomena. Among the most venerated entities in Yevonite tradition are the Fayth, humans who nobly sealed their souls away in a state of dreaming to combat Sin – and the physical embodiments of their underlying emotions, known as Aeons. Eric invited Takayas Custom Jewelry to create an engagement ring inspired by the Final Fantasy title adored by his partner Megan, centering on the beautiful designs of the glyphs that summon the Aeons to battle! 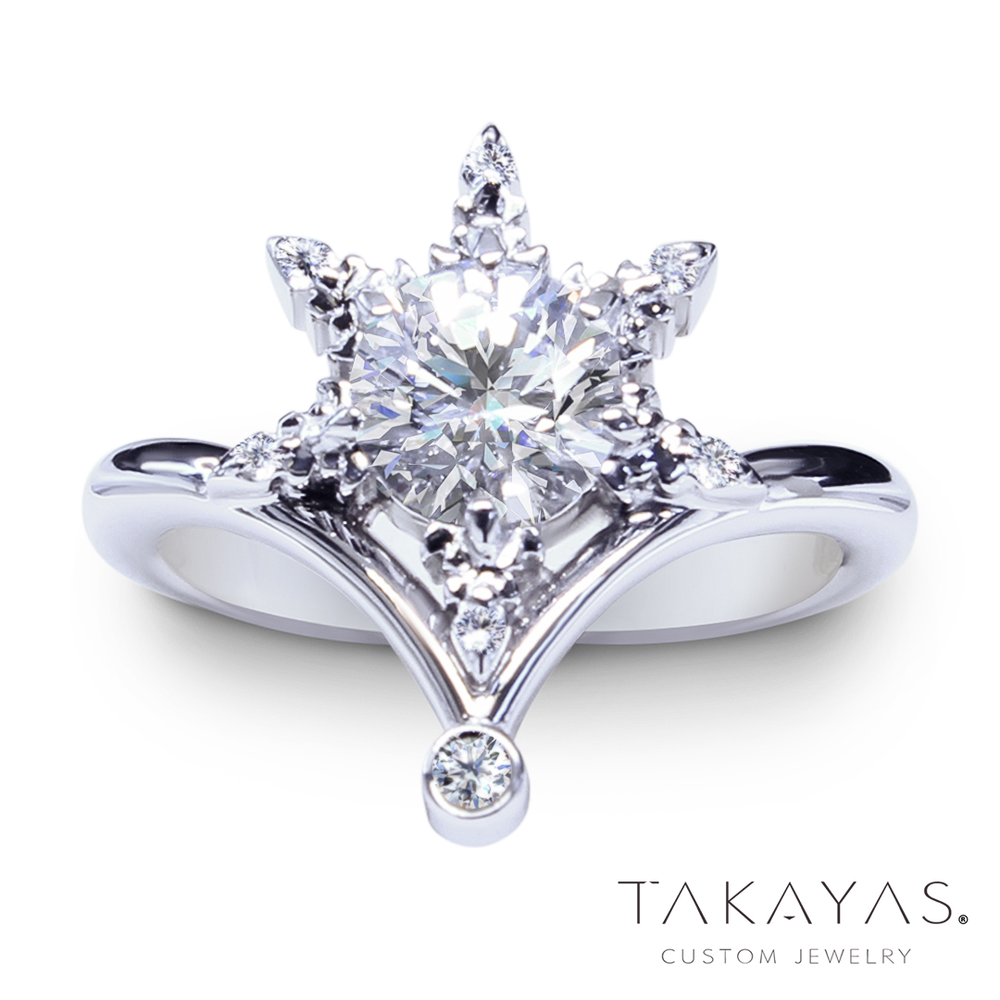 Megan is a fan of chevron style rings – dynamic in shape and endlessly stackable, Eric was interested in creating an engagement ring that would fit together nicely with a future wedding band. Rather than overwhelm the band with heavy design work, Takayas kept the 18K white gold shank clean and elegant, with the ornamentation focused on the brilliant centerpiece. The seal of the Aeon Shiva forms the basis of the ring, with a round white sapphire serving as the center stone. Framing the gorgeous gem, an intricately cut snowflake pattern glitters with accent jewels, like a sacred crystal taken from the magnificent Macalania Temple itself. 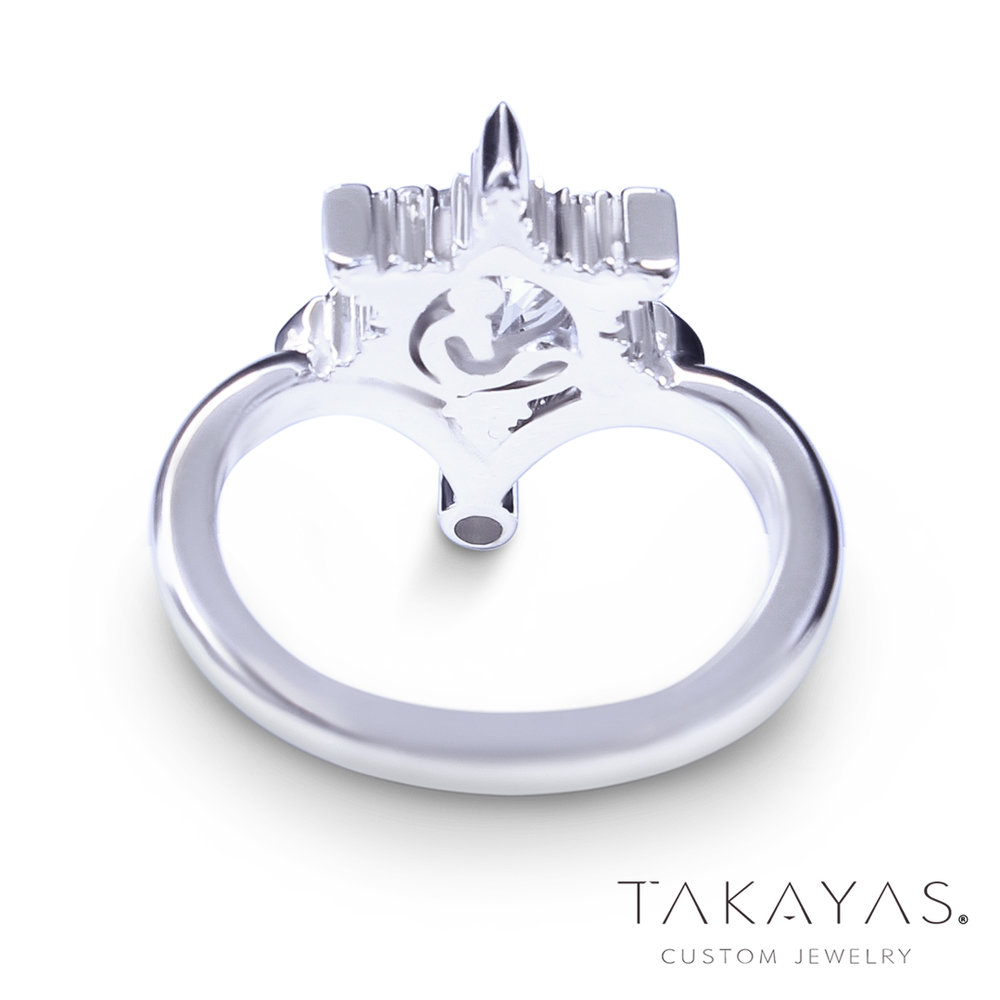 Hidden below the center white sapphire, the Yevon symbol for “Ice” curls within the negative space of the setting, adding a unique surprise for anyone who looks underneath!

“The ring looks awesome!” Eric said, when we presented him with the design for his stunning custom engagement ring. We’re inclined to agree! Thank you, Eric, for asking us to craft such an amazing piece of Final Fantasy-themed jewelry for the special woman you love. Here’s to a lifetime of joy together, filled with adventures you’ll treasure forever!