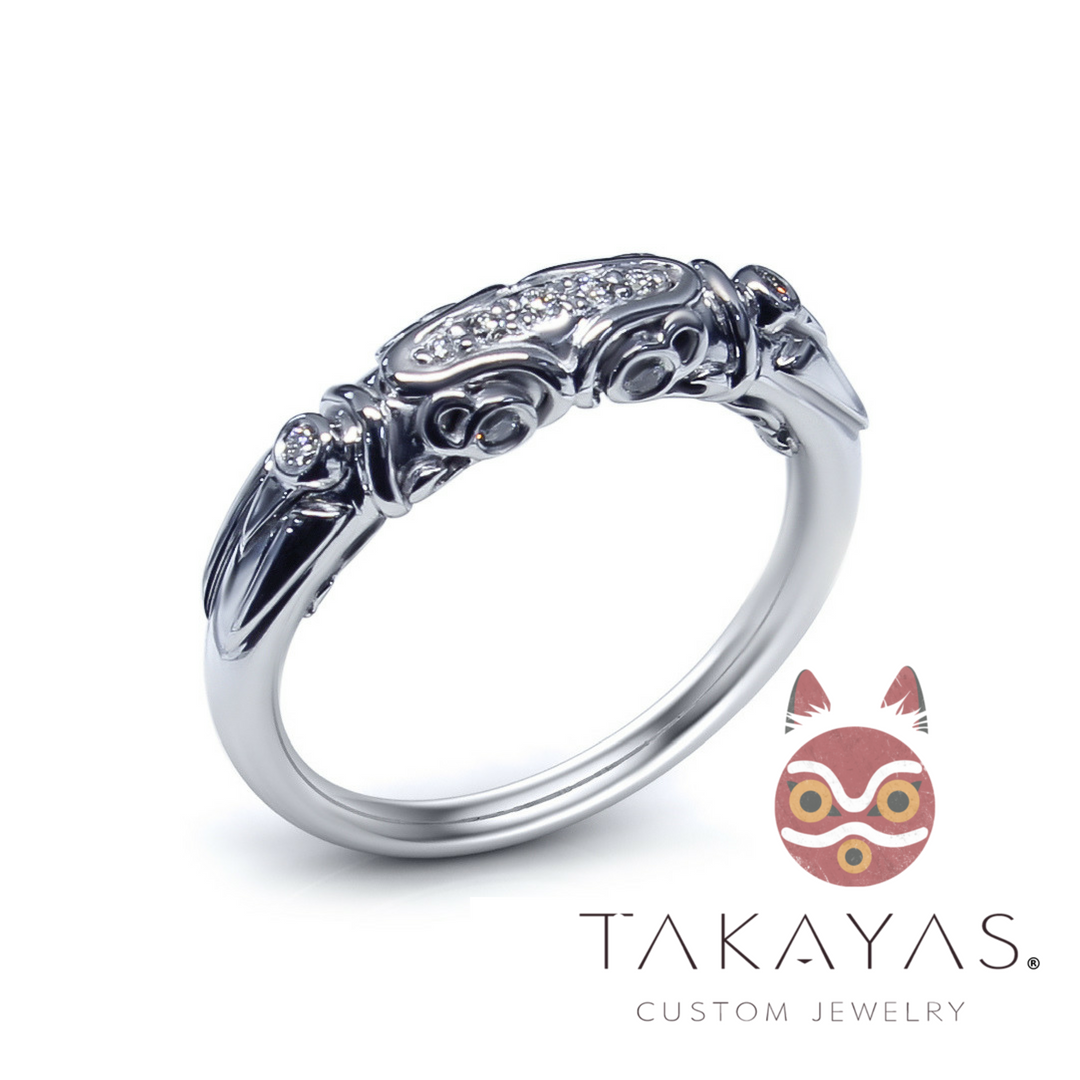 It’s been an exciting month for us at Takayas Custom Jewelry. First came Anime Expo 2018, and now, fast approaching is Studio Ghibli Fest. In honor of one of the industry’s brightest and most innovative collective of animators, we’re sharing this Princess Mononoke inspired wedding ring.

Melissa came to Takayas Custom Jewelry along with her partner Tim with a vision of bringing Princess Mononoke and The Legend of Zelda to their hands, respectively.

San, the human-hating daughter of the Wolf God Moro, emerges as “Princess of Spirits,” or, “Princess of Monsters”. Immersed in nature, she became one with it, thus leading in the eventual attack against humans. At heart, all San desires are for nature to be at peace, thriving in harmony. Like nature’s lawyer, she actively defends it and finds her true identity in doing so. Although she takes the law into her own hands at times, this only confirms her dedication. The end of the destruction of the forest, already wounded, is her life mission. Her selflessness, tirelessness, and pride are only a few of her most admirable qualities and ones that made a significant impact on Melissa. 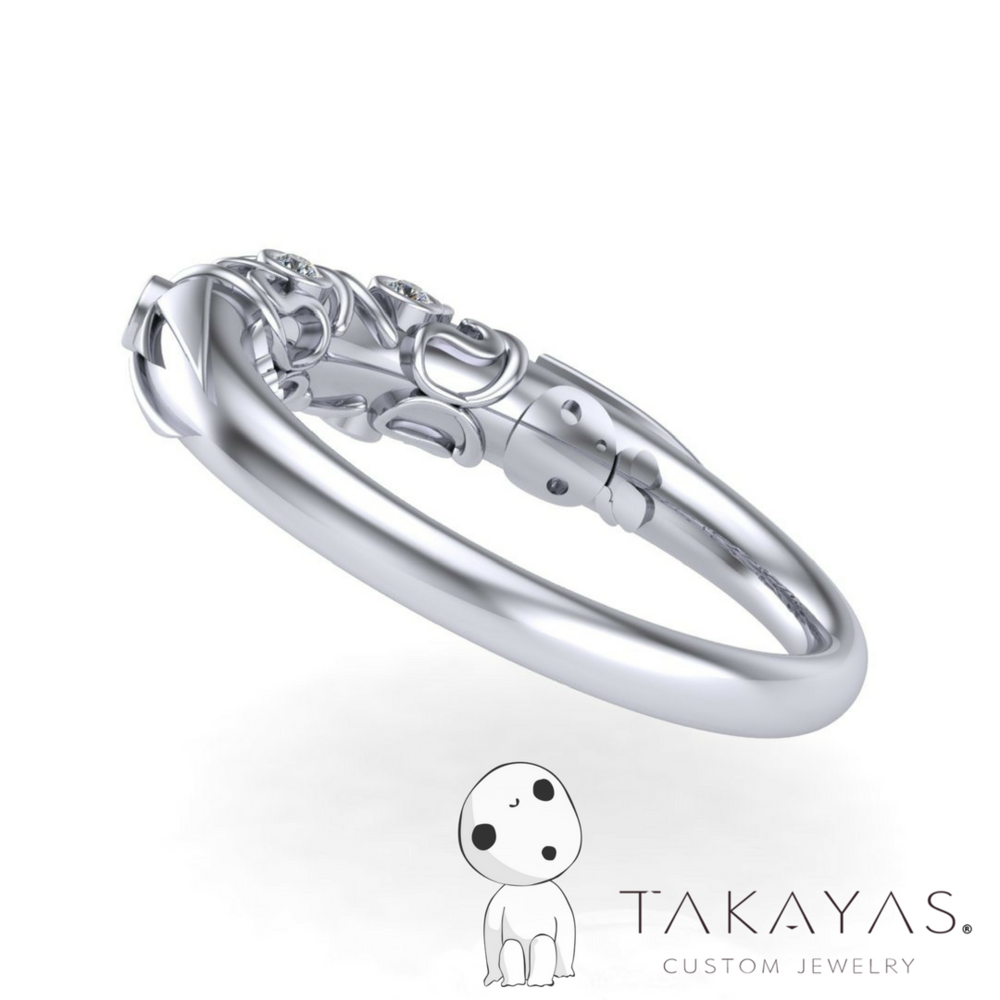 Takayas sought to incorporate all of Princess Mononoke’s primary symbols, them working in tandem with each other just as they do in the film. San’s Mask sits on either side of the shank, divided into three shapes in the same fashion they sit on her face. These additions come to a sharp point to reference Moro’s teeth, as well as his fierce protection over San. Fluid, wind-like shapes represent Forest Spirit, or Night-Walker, and his movements. Finally, because the Kodama exist only in the peaceful and tranquil forests, Takayas wanted to reflect their shy nature by “hiding” them inside of the ring.

It was an honor to embody one of Miyazaki’s greatest masterpieces; special thanks to Melissa and Tim for allowing us the opportunity!