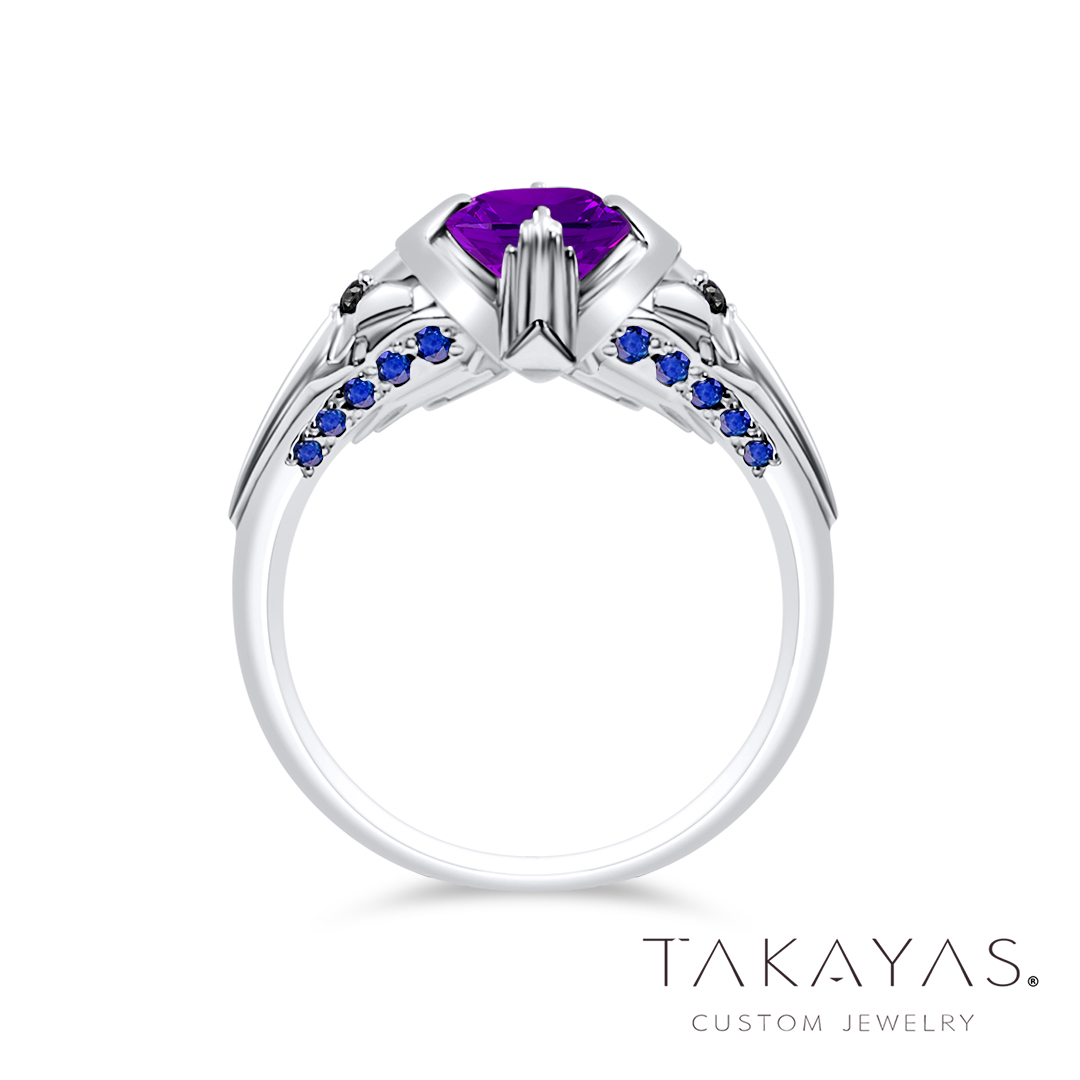 “Mass Effect was the first game we played together,” our friend Landen explained to us of the story between him and his girlfriend, when he first reached out to secretly begin a custom jewelry project late last year. “It’s always been a kind of joking center of our relationship.” Throughout their journeys across the series, his girlfriend has been an avid fan of one particular member of Commander Shepard’s squad, to the point Landen claims “she romances him every playthrough.” When it came to creating a one-of-a-kind engagement ring she’d love forever, Landen knew there could only be one turian that could form the basis of her amazing design – and the challenge was on for Takayas Custom Jewelry to craft a gorgeous Mass Effect inspired piece just for them, themed after the character of Garrus Vakarian! 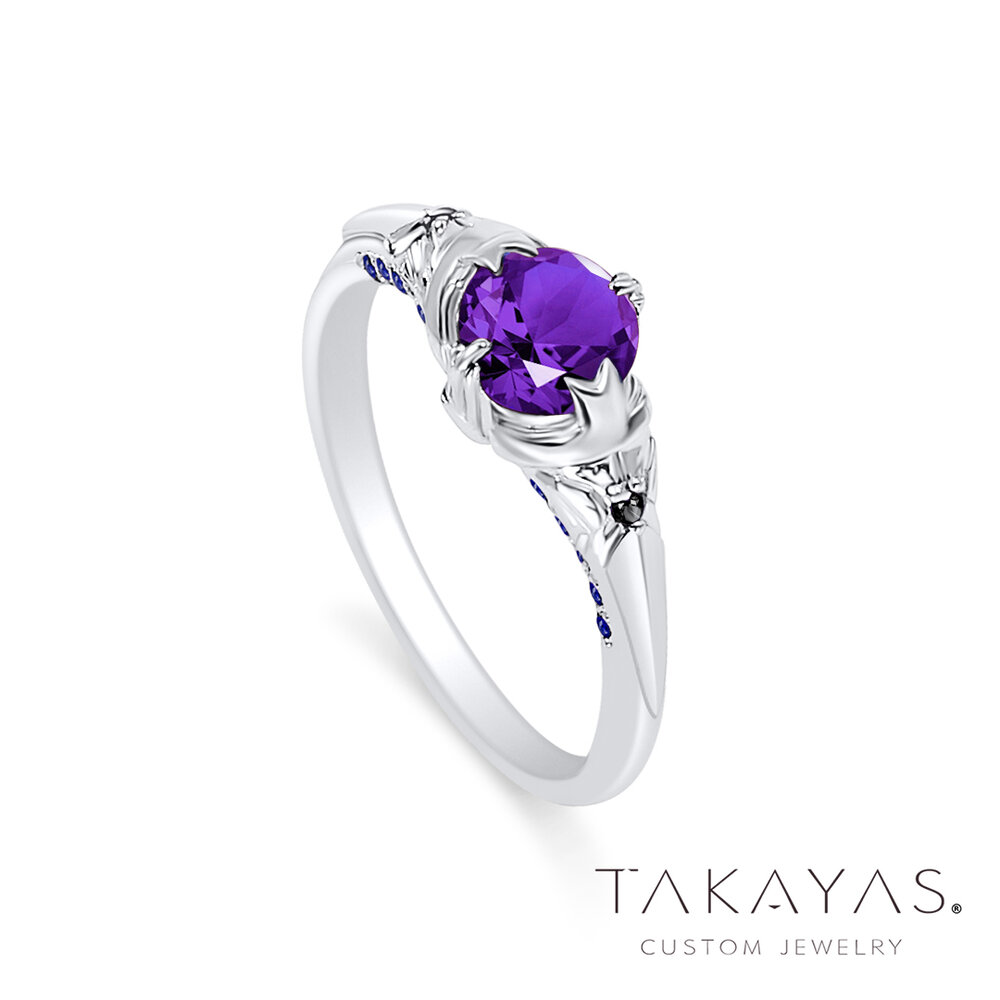 Considering the special place Garrus holds in his girlfriend’s heart, Takayas sought to infuse Landen’s stunning engagement ring with an unmistakable flair of the turian rebel. Sculpted in sleek platinum, the dynamic silhouette of Garrus’ armor provides shape and structure to their extraordinary jewelry! From the crisp collar that flanks either side of their dazzling center stone, to the smooth plates of the chest piece that gather around a mysterious black diamond accent stone on either shoulder and extend further still into a triangular edge lined with blue sapphires, the effect of Landen’s unique design is strikingly futuristic, fit for any agent of the galaxy. 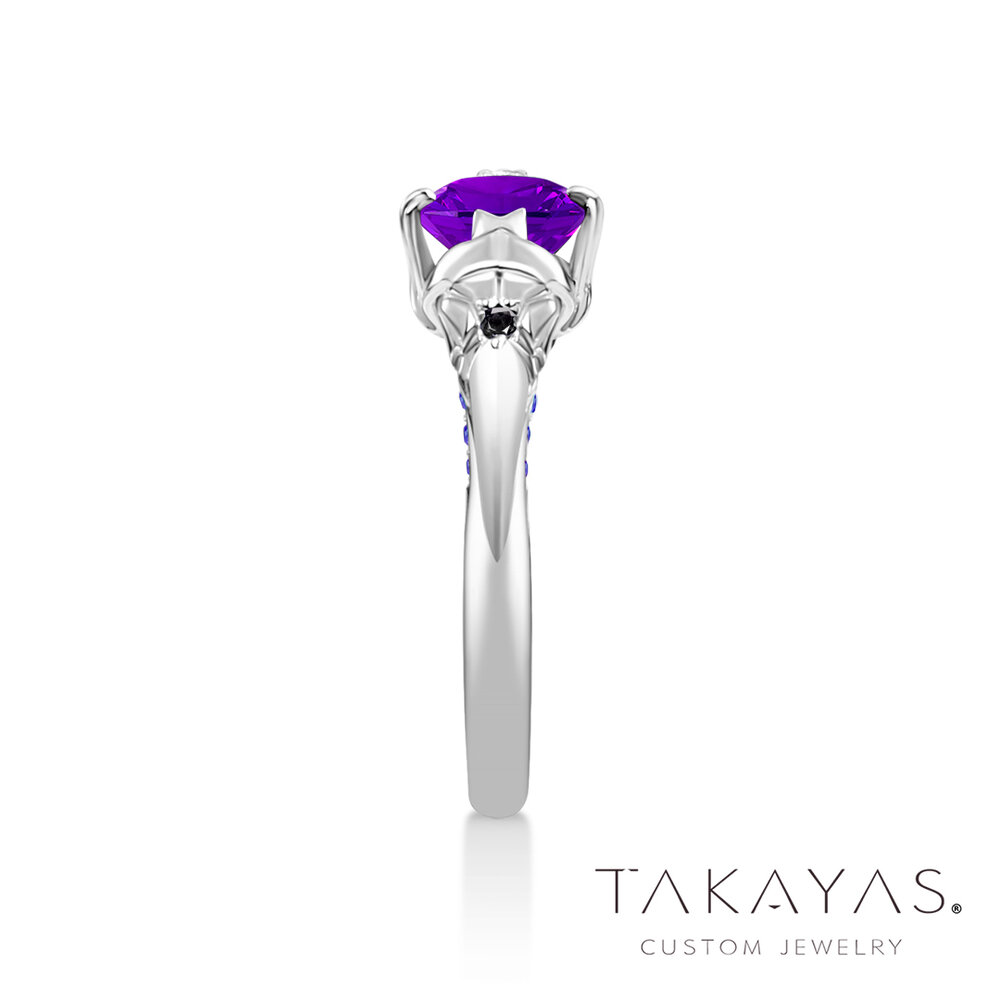 Shining from its perch at the top of his engagement ring, his girlfriend’s favorite amethyst center stone adds a further touch of heartfelt personality. To hold their precious centerpiece safe and secure, Takayas crafted the ring’s prongs into the shape of Garrus’ distinctive crest of horns, completing the theme of the video game series that holds so much meaning – and so many memories.

“She absolutely loves the ring!” Landen exclaimed after the big proposal. “She loved the theme and what you guys did with it, and could not be happier with it!” Especially after seeing how perfectly the style of their Garrus-themed design flatters his now-fiancée’s finger in person, we’re more inclined than ever to agree! 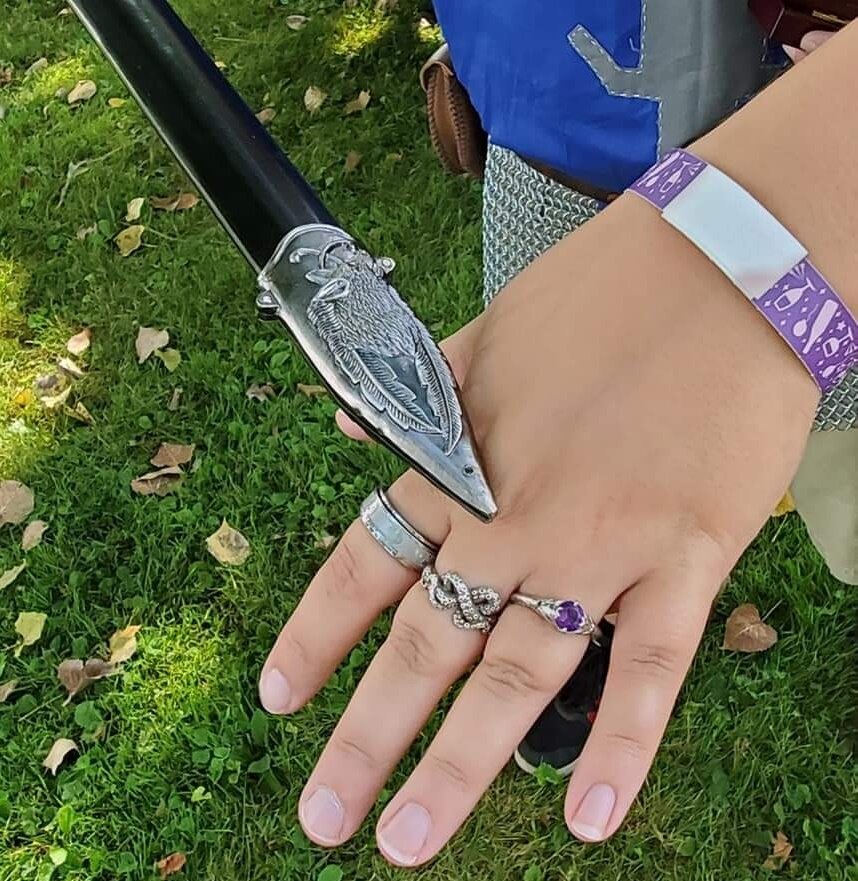 Thank you, Landen, for inviting us to create a spectacular engagement ring that truly reflects the playfulness and love that defines the relationship you share. As you enter into this exciting new chapter of your lives together, we hope you’ll be facing every adventure hand-in-hand – after all, it would be an awfully empty galaxy without each other!