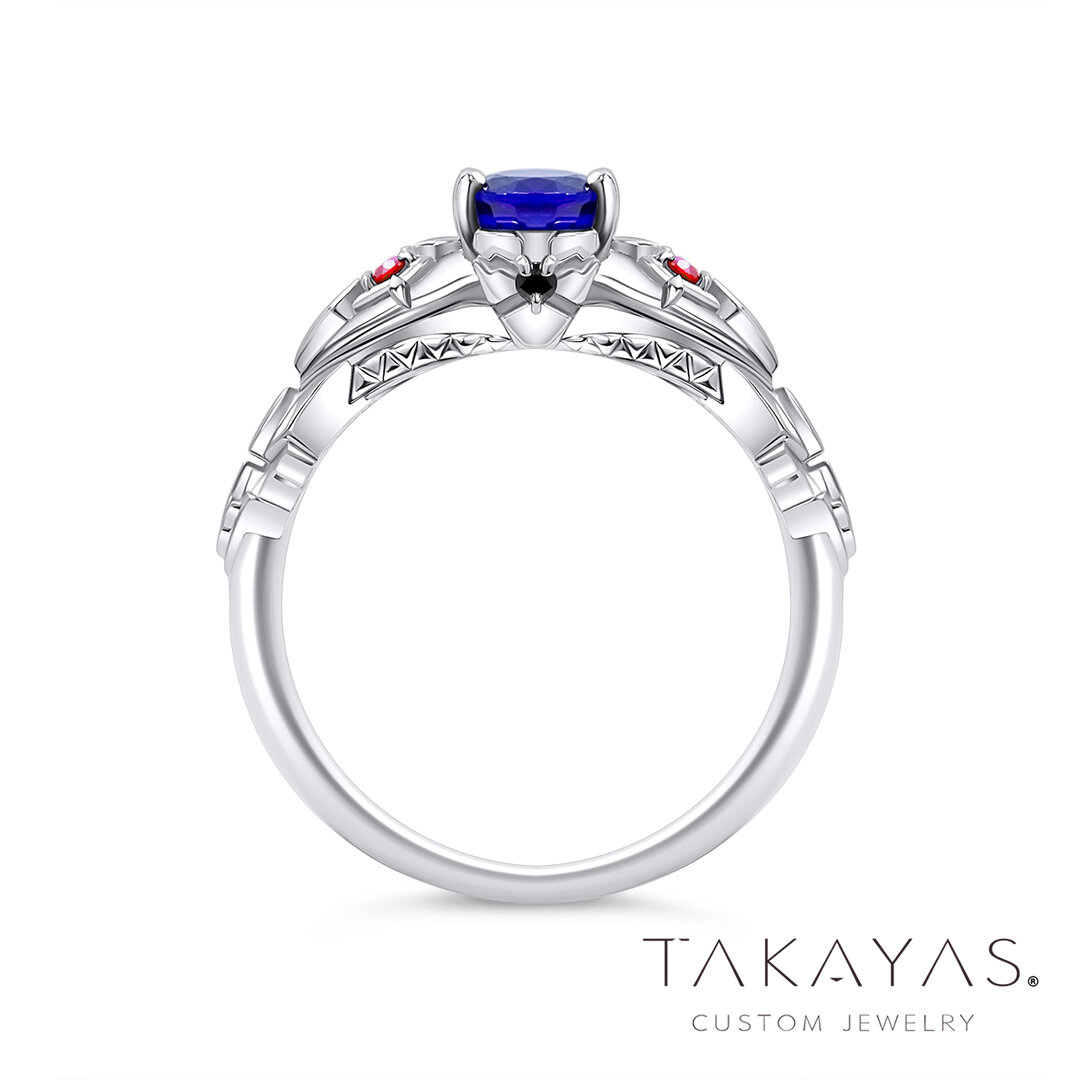 Once childhood friends, now a loving couple, Nic and Whitney’s journey has evolved in spectacular ways. Ready for the next adventure, Nic came to Takayas Custom Jewelry on the search for an engagement ring that symbolized their friendship, romantic relationship, and love for each other. Takayas crafted a stunning jewelry piece inspired by a cult-classic 90’s JRPG that brought this sweet pair together, Lunar: Silver Star Story Complete! 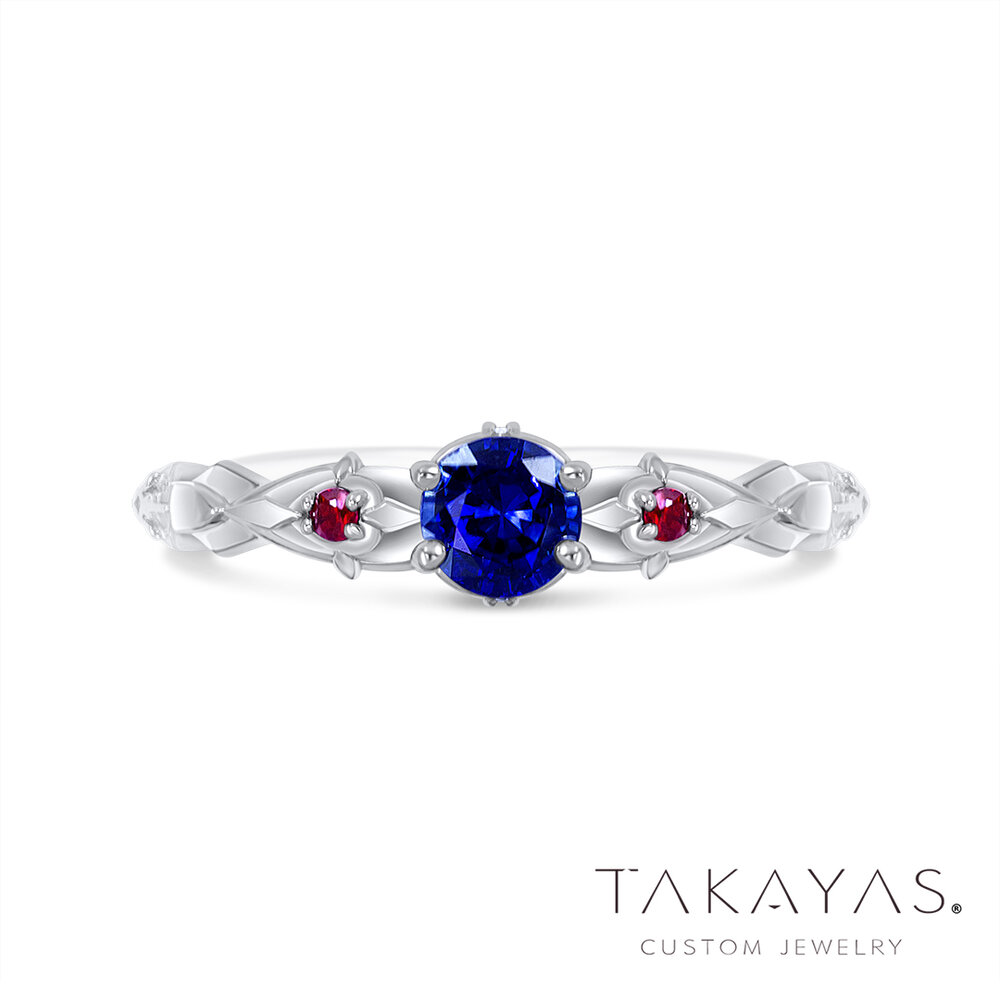 “My girlfriend Whitney and I have been friends since kindergarten,” Nic began the story of their wonderful relationship. “Everyone used to joke about us getting married one day, and we would always say that we were going to be ‘just friends.'” Through the years of growing up and experiencing life together, however, their feelings began to deepen into something new.

Video games have always been an essential part of their friendship. One of their favorites, the fantasy game Lunar: Silver Star Story Complete, tells the tale of an eager young hero named Alex who discovers his greater destiny alongside his best friend, Luna. Nic and Whitney see themselves in the relationship between Alex and Luna, as longtime friends who gradually realized their true feelings for one another. Alongside a backdrop of dragons, goddesses, and magic, of course! 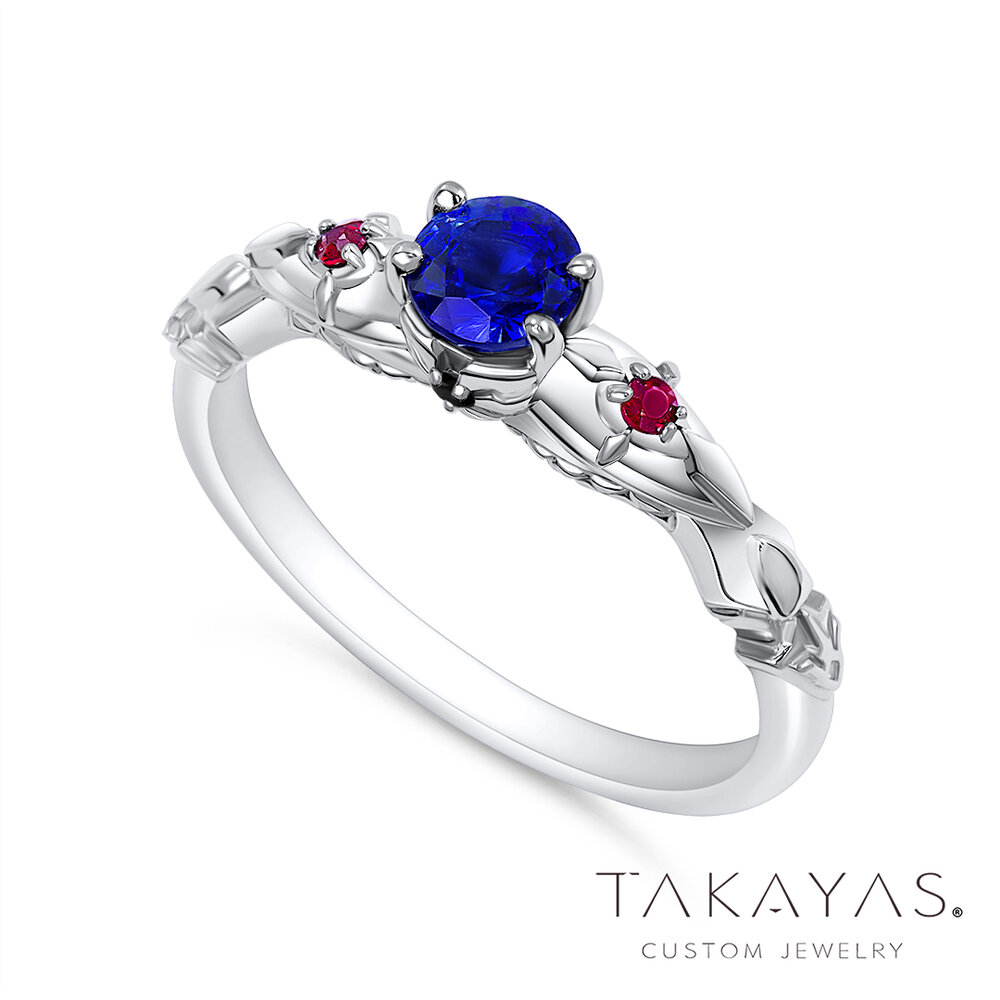 The shield wielded by Alex in his role as the fabled Dragonmaster creates the shoulders of Nic’s sleek platinum engagement ring. Alex’s legendary sword gives structure to the shank, draped with the geometric patterns of Luna’s skirts that flow from the under-gallery. The centerpiece of the headdress worn by the Dark Goddess, revealed to be a transformed Luna, upholds the sparkling center stone. 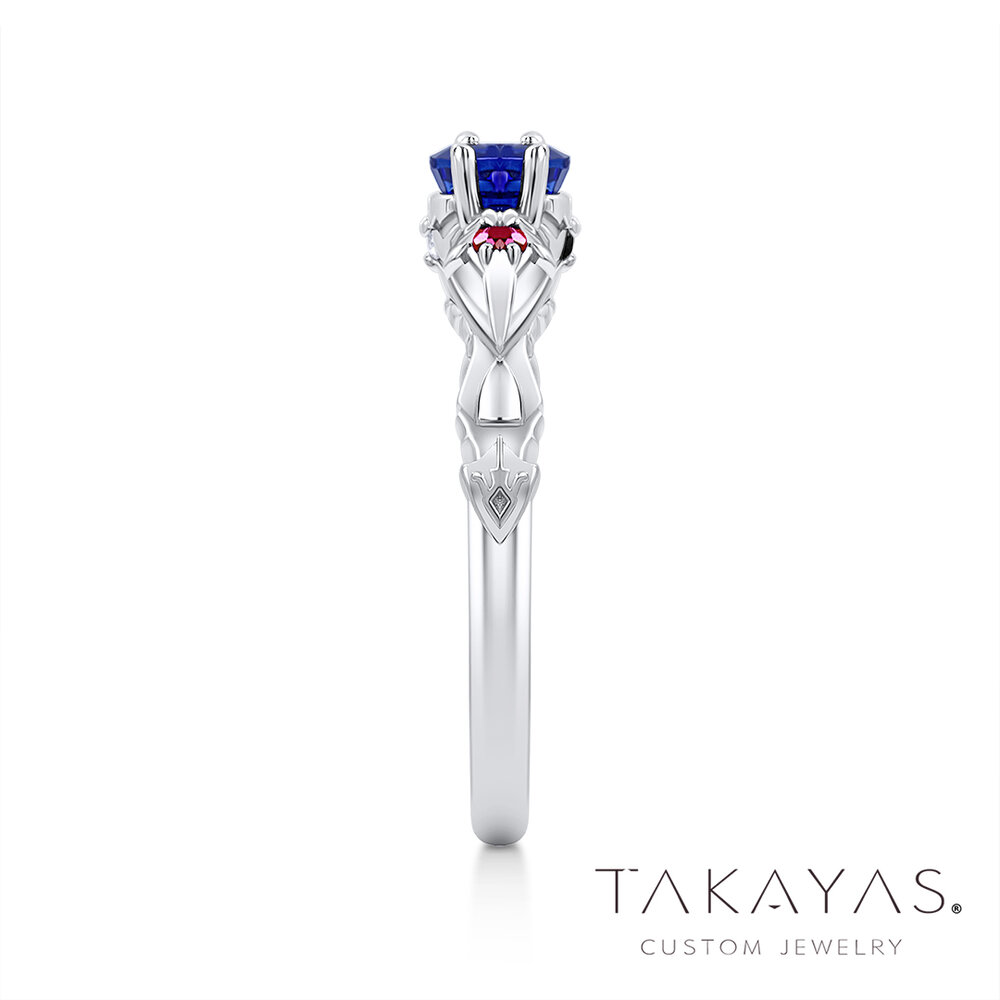 Lunar’s world is guarded by four mystical dragons, whose power enables the Dragonmaster to protect the beautiful Goddess Althena. Four types of gemstones reflect the colors of the dragons: a blue sapphire center stone, two rubies embellishing Alex’s shields, and a white sapphire and black diamond on either side of the Dark Goddess’ headdress. 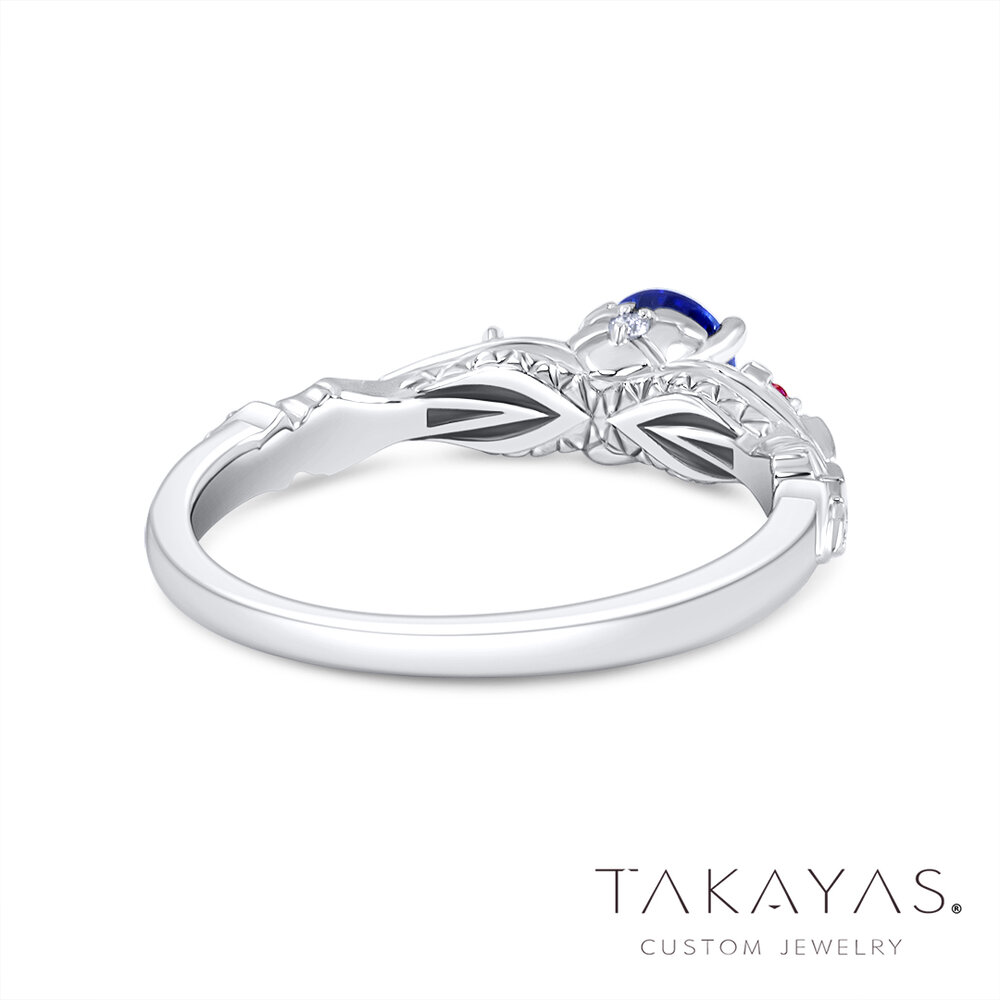 Engraved on the inside of the band is “Past, Present, Future.” After revealing his incredible, meaningful custom engagement ring to Whitney, Nic was thrilled to let us know that she said yes! “Everything went great. She absolutely loves the ring, and all the details Takayas put into such an amazing piece!

Thank you, Nic and Whitney. As you enter the next chapter of your special relationship, we hope you’ll always continue to grow together – perhaps while saving the world long the way!