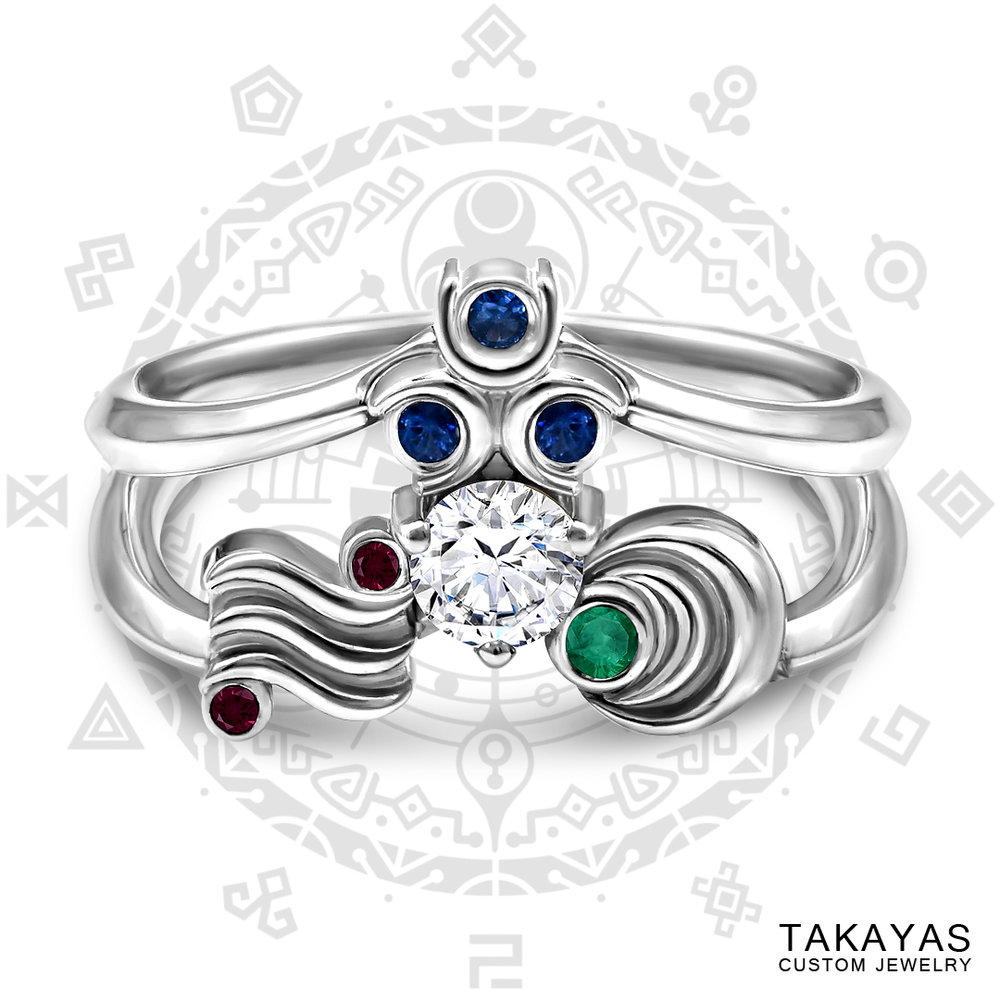 When Nicholas contacted us, he told us he knew “basically nothing about rings” but, what he did know was that the special ring he would use to propose to his girlfriend Casie should represent the three goddesses of Zelda lore: Din, Farore, and Nayru.

We love that Nicholas also gave us a little background as to why he chose this specific inspiration:

“The Zelda theme is so significant to us as a couple because our mutual love for the franchise was one of the original points on which we connected. The Legend of Zelda is a niche of “nerdom” that played a huge role in our childhood years, for the both of us, and we bonded over that mutual experience. The sense of adventure and imagination that those games allowed us to explore helped shape us into the people we are today.”

His first thought was to simply have three gemstones (ruby, sapphire, and emerald) arranged in a triangle, but was open to Takayas’ suggestion of somehow incorporating the three goddess symbols as well, and possibly a center diamond for a hint of tradition.

After quite a bit of brainstorming to come up with the best possible design for Nicholas’ requests, Takayas moved to the computer and created the CAD renders that would become Casie’s goddess ring. 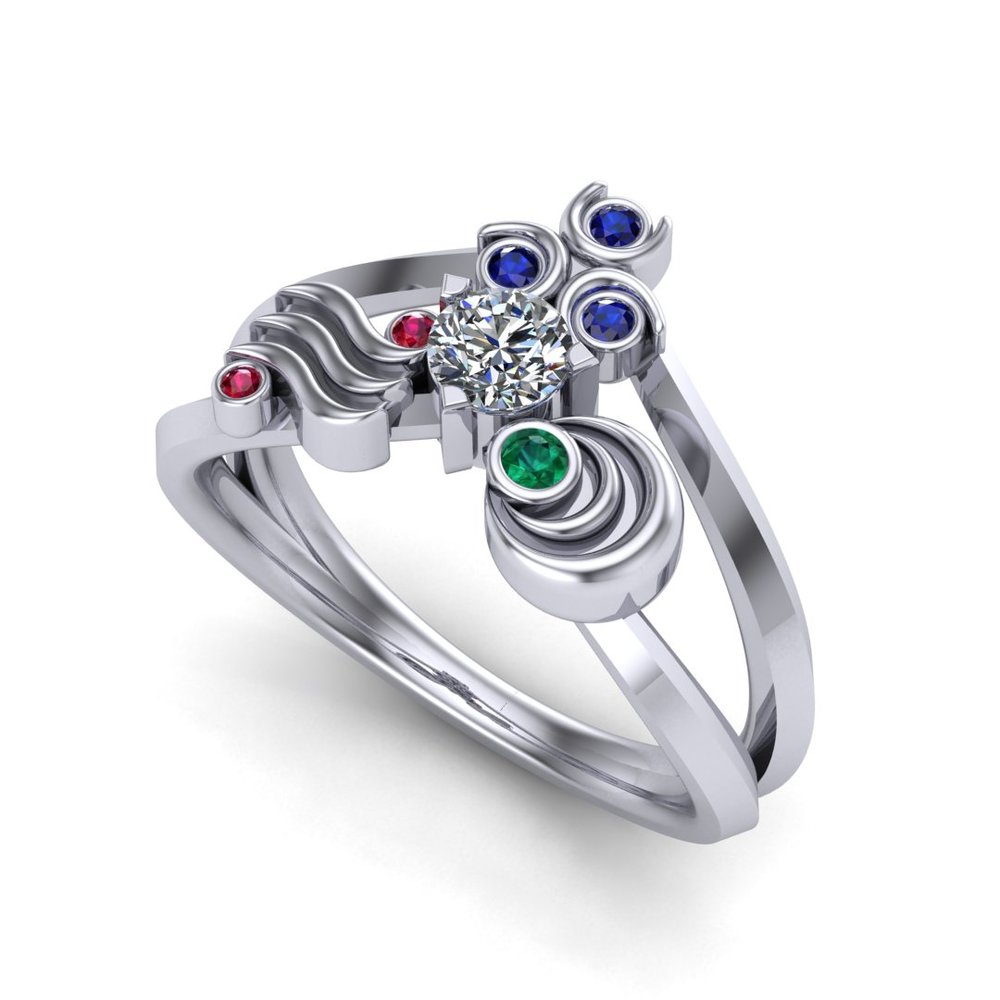 He used the goddess symbols themselves to form the triangle Nicholas had imagined, framing a beautiful diamond center stone, and set each symbol with their appropriate accent gems. Finally, to lighten up the design and bring a touch of elegance, Takayas decided to go with a split shank style.

Nicholas approved of the design renders, saying “These are absolutely marvelous. You all are miraculous. They are indeed elegant. I can’t get over how well these turned out :)” Once he receive the finished ring, he gave us another blush-inducing complement: ” I’ve just received the ring. It looks AMAZING. Thank you so much! I’ll be proposing to her on New Year’s Eve. Thank you and Takayas for making this possible!” 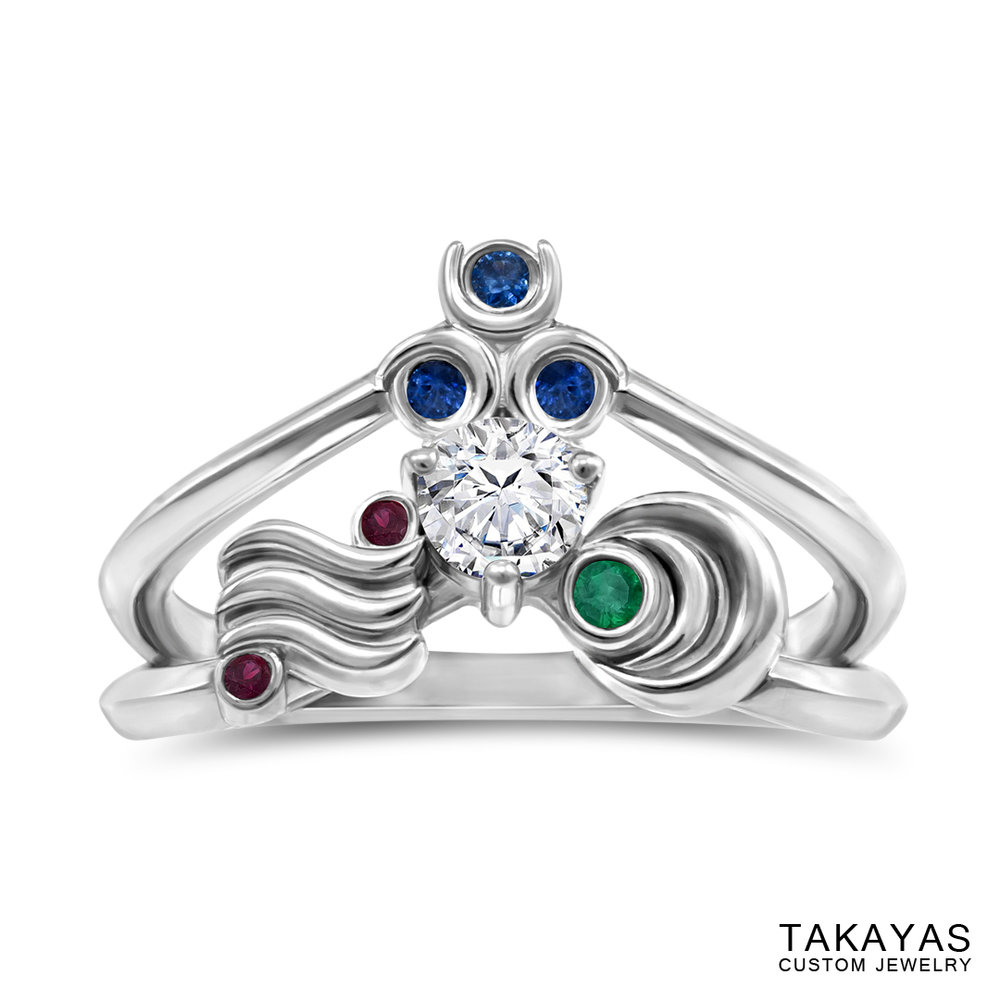 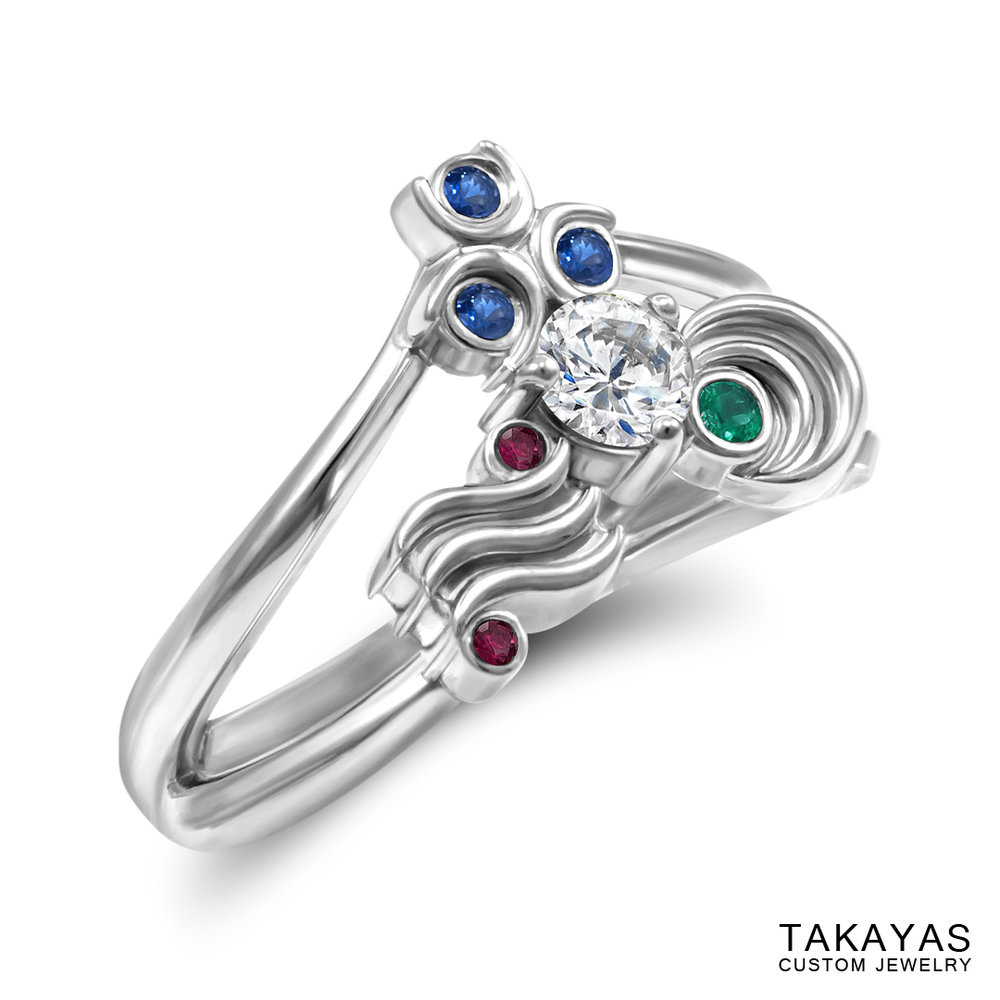 We’re happy to report that she did say “Yes!” and we’ll soon be creating their unique wedding bands as well. This couple is quite aware that “It’s dangerous to go alone!” 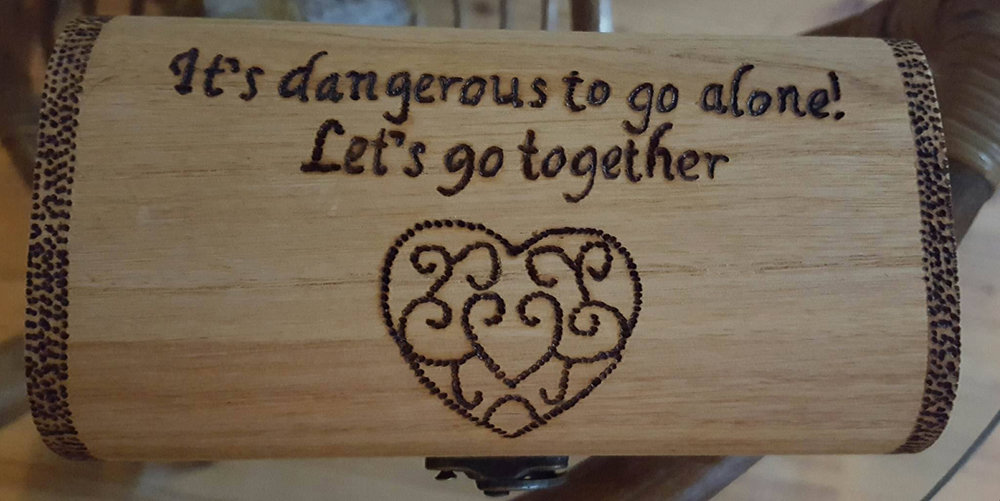 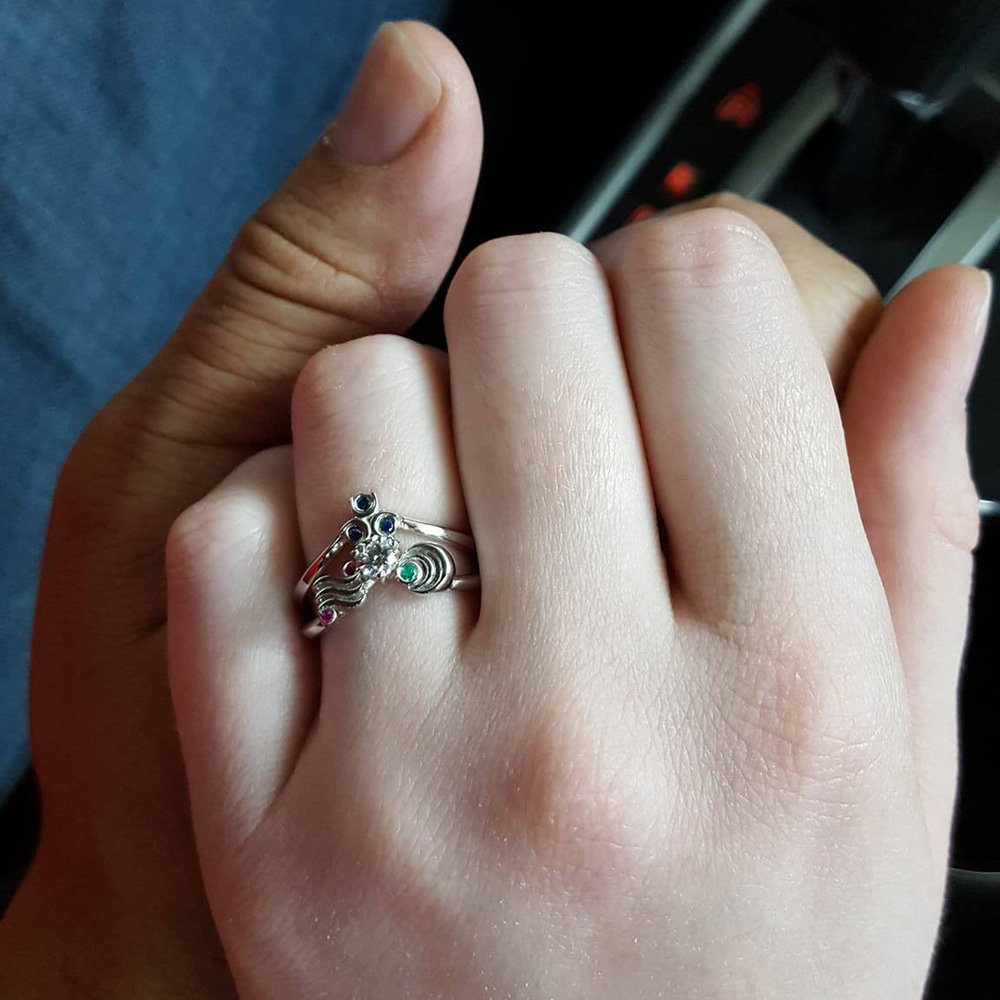