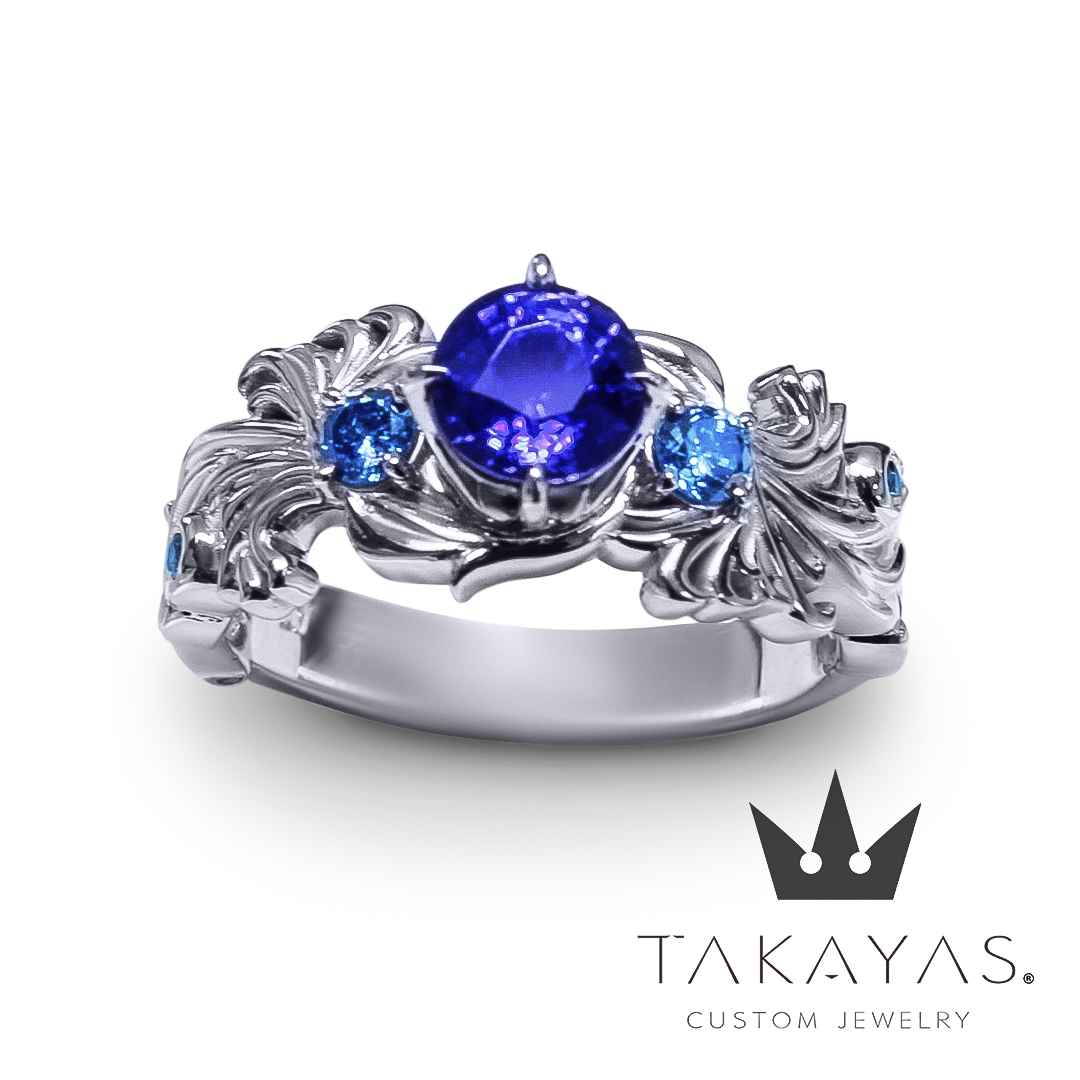 “May our hearts be our guiding key.”

Brennan came to Takayas Custom Jewelry in the hopes of embodying the franchise he and his partner hold dear, Kingdom Hearts, while knowing the perfect creative twist to impress his future bride-to-be. The Brightcrest Keyblade appears in Kingdom Hearts Birth by Sleep, a prequel to the first game, taking place ten years before. The story’s major characters focus on Terra, Ventus, and Aqua, three young ‘Keybearers’ from before Sora’s generation. His partner being a lover of the sea, Brennan set his sights on Kingdom Hearts’ Aqua, a strong-willed Keyblade apprentice who clearly has ties to the water element. *Spoiler Alert* Aqua comes to obtain the Brightcrest in the game’s final episode, after creating Castle Oblivion from the ruins of the Land of Departure. Her beloved prize served as a beautiful and intricate source of inspiration for Brennan’s ring.

In designing, Takayas used the blue diamonds to not only contrast the darker blue center sapphire, but used their juxtaposition as a way to embody the Brightcrest Keyblade’s brilliant light. While the overall design of the ring reflects the cresting wave elements, the setting that holds the center blue sapphire is based on the handle of the Keyblade. 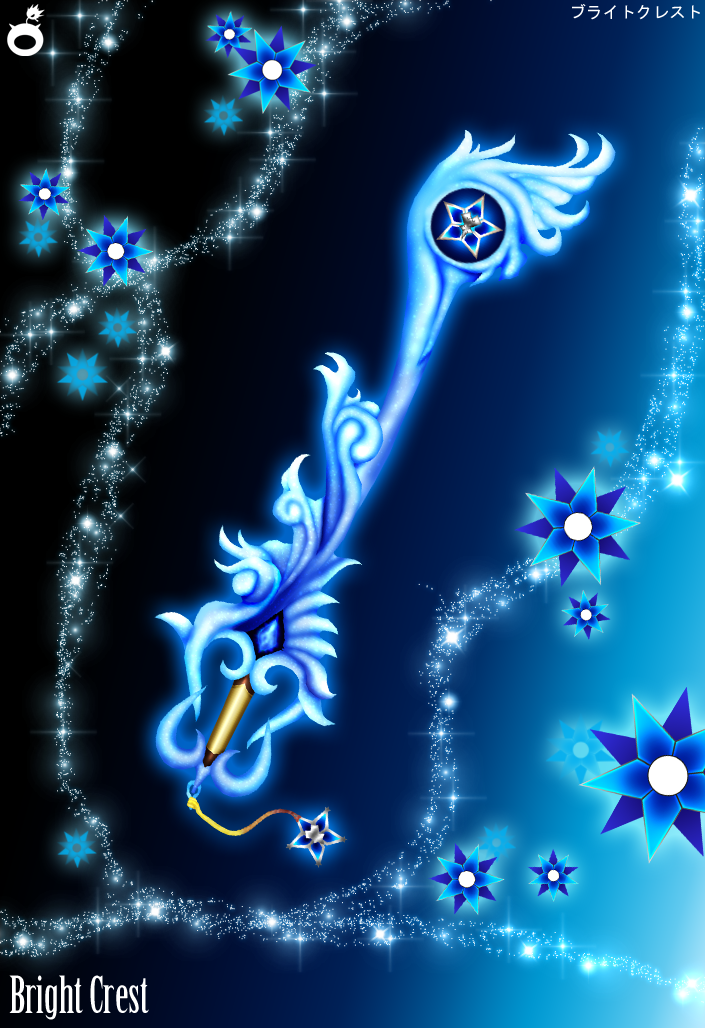 The hook-like shapes that define its latter half are present in the east and west prongs, while the north and south prongs represent the light-yielding handle. He also combined the cresting waves of the tip that surround Aqua’s Wayfinder with the wave designs from Keyblade’s base, wrapping them around the accent diamonds for an asymmetrical yet balanced look. Perhaps the most iconic wave pattern sits on the side of the shank; its pattern deriving from the main wave crest of the Keyblade.

Says Brennan: “I really love the design! The elements of Brightcrest really shine through here, and the diamonds really help to contrast the sapphire as well.” With all elements in place, Brennan’s ring was the perfect prequel to his happily ever after, because like Sora says, “that’s the power of the Keyblade!” 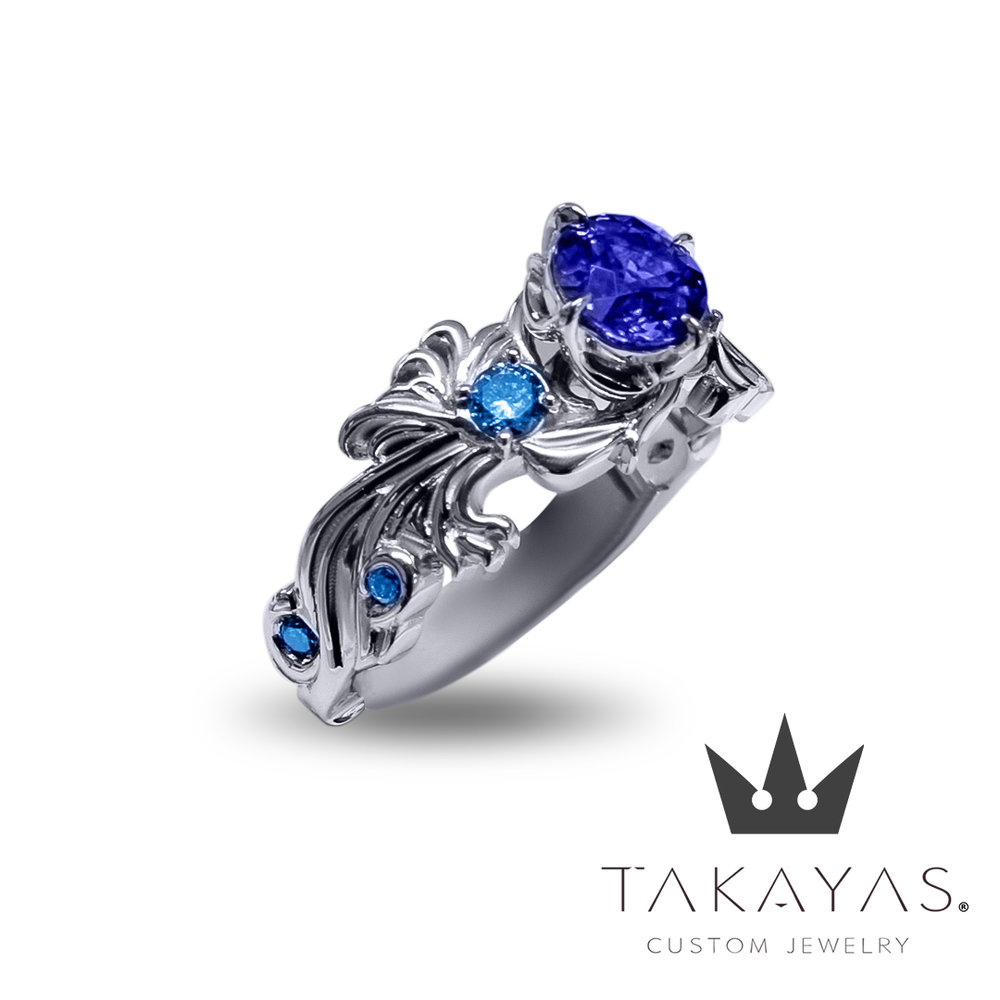