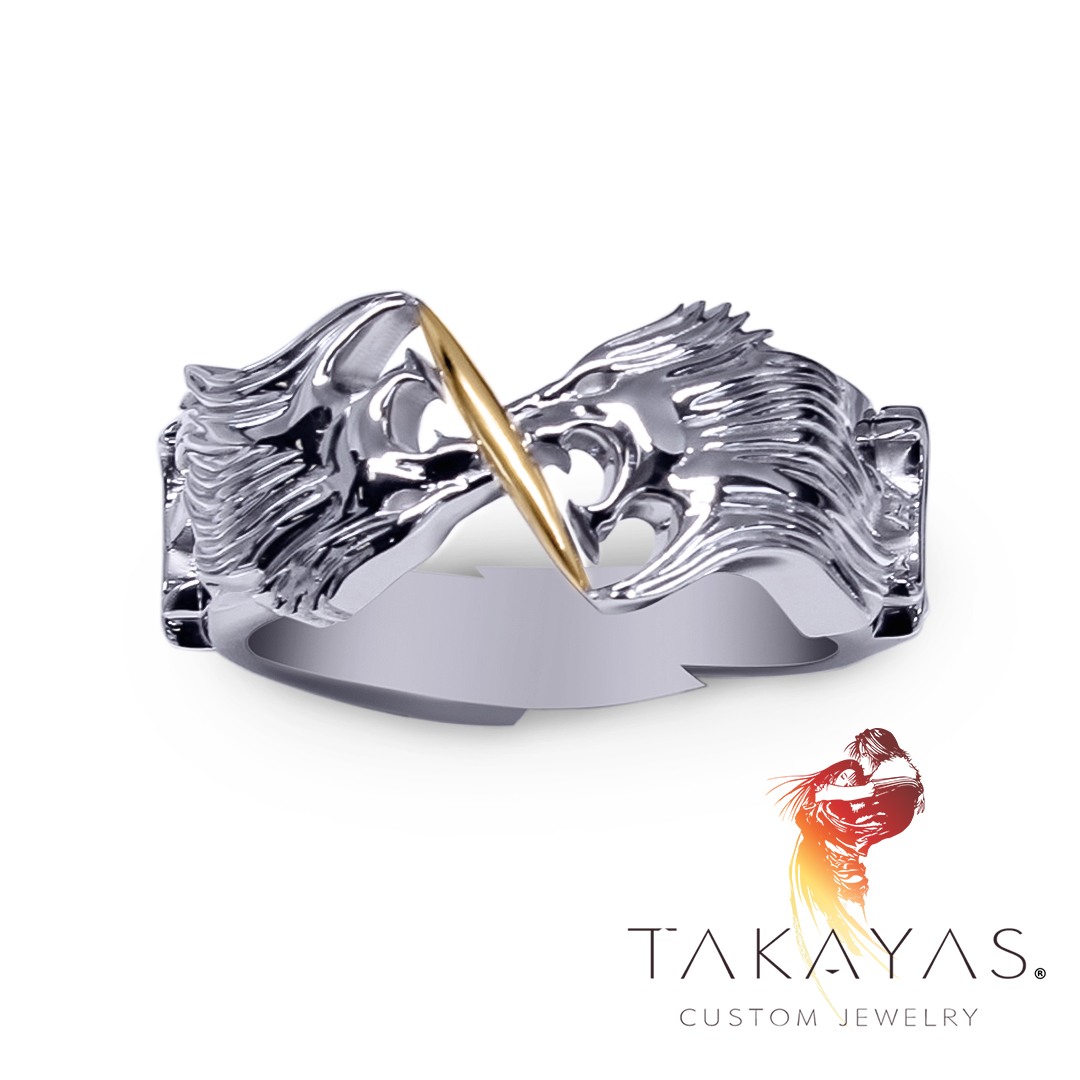 Squall Leonhart, protagonist of Final Fantasy VIII eventually regarded as Commander Squall, has an interesting fixation on lions. When Jessica came to Takayas Custom Jewelry to design a wedding band for her partner Kenny, she chose Squall as the primary influence because “he has always been one of [Kenny’s] favorite protagonists. His storyline and character reflect his personality and experiences.” She sent along three images of Squall which became the pillars of the design; one of his Gunblade, and the others of his iconic scar and, of course, the Griever emblem.

Being a notable member of the SeeD mercenary force, a for-hire band of elite trained specialists, it is necessary to own a specialized weapon. However, Squall has mastered and customized his. Atop Squall’s Revolver Gunblade sits an emblazoned Lionshead, which also is displayed across his chest in pendant form. Squall holds the mythical winged lion Griever dear, celebrating it as an ideal of courage and strength; traits he wishes to possess himself. It’s significant that he chose to adorn his Gunblade with the symbol because as Jessica points out, the Gunblade is “very difficult to master, which is what makes it such a rare weapon.” 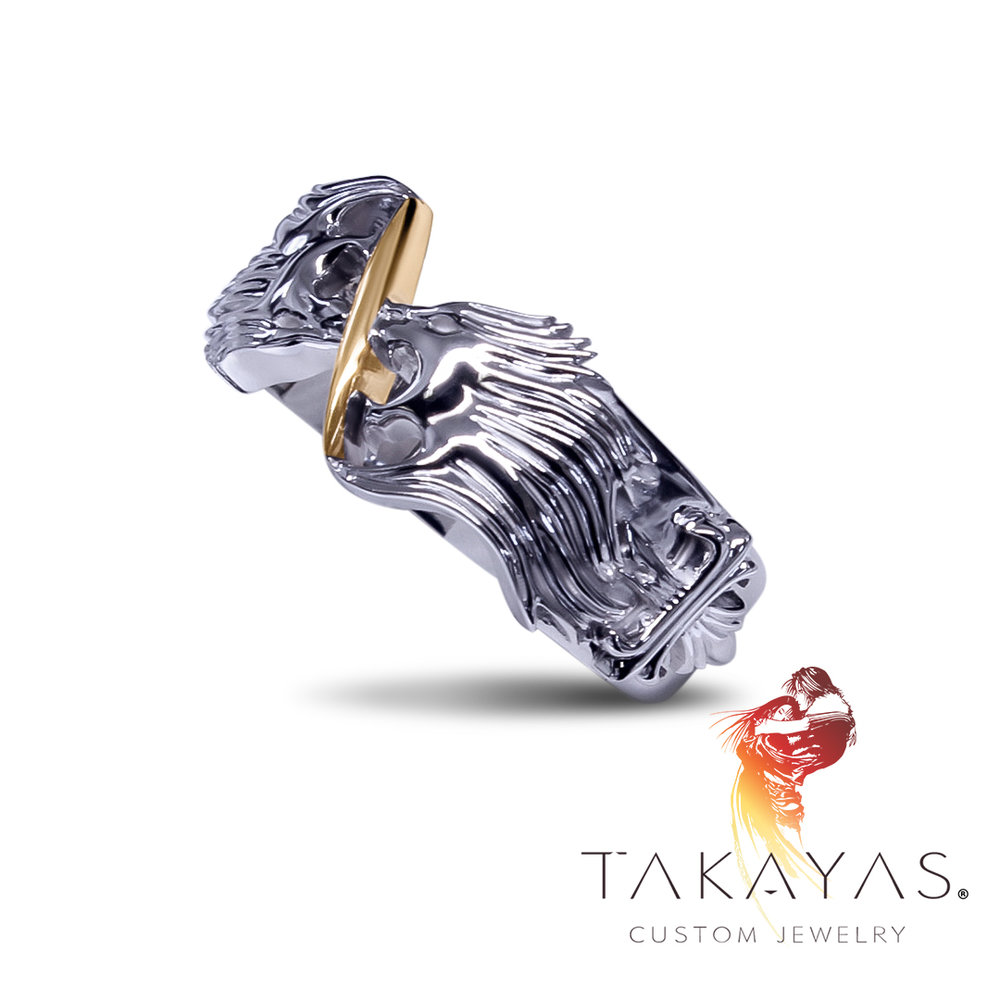 Because Squall wears the griever as a pendant and also has a griever charm on his Gunblade, Takayas designed the ring with two lions head crests. To pay homage to the similarities in personality between Squall and Kenny, he placed a contrasting scar like that of the one Squall earns early on in the series between both lions. Its central placement serves as a reminder that in addition to the ring’s Final Fantasy inspirations, its purpose is to represent the love that Jessica and Kenny share. The Griever on Squall’s pendant and Gunblade vary only slightly, with his pendant also incorporating Cross imagery. To honor this, Takayas incorporated details from the cross on the ring’s band. Lastly, he used the tip of the Revolver Gunblade to ornament the bottom of the shank.

Jessica’s reaction? “It just arrived and we are very happy with the results! It looks beautiful and fits perfectly. Thanks so much for your help throughout this process. We will definitely recommend Takayas and keep you in mind for the future.” She even included a picture of Kenny wearing the ring, which we can confidently say, belongs on his finger. 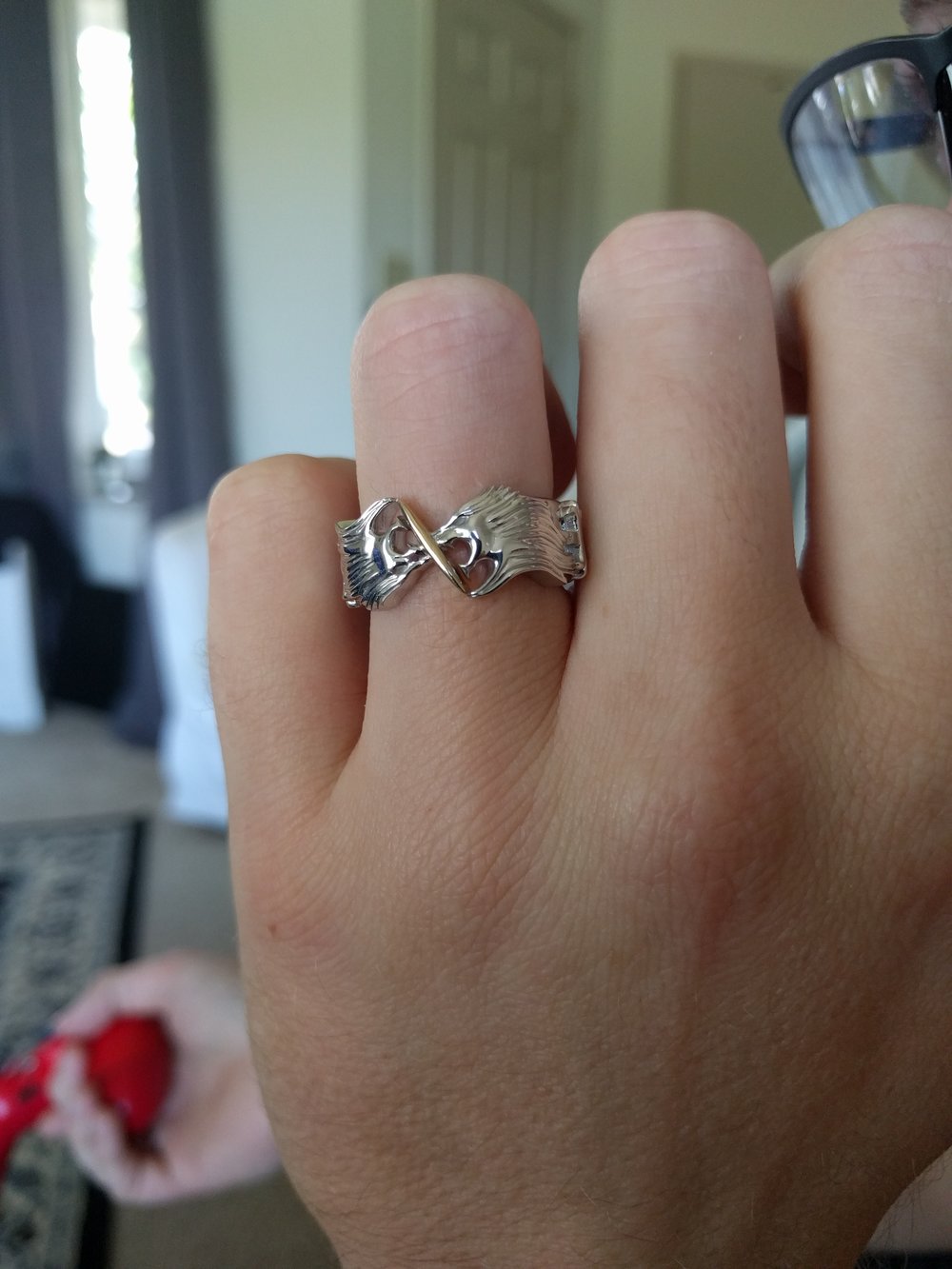 A big thank you to Jessica and Kenny!