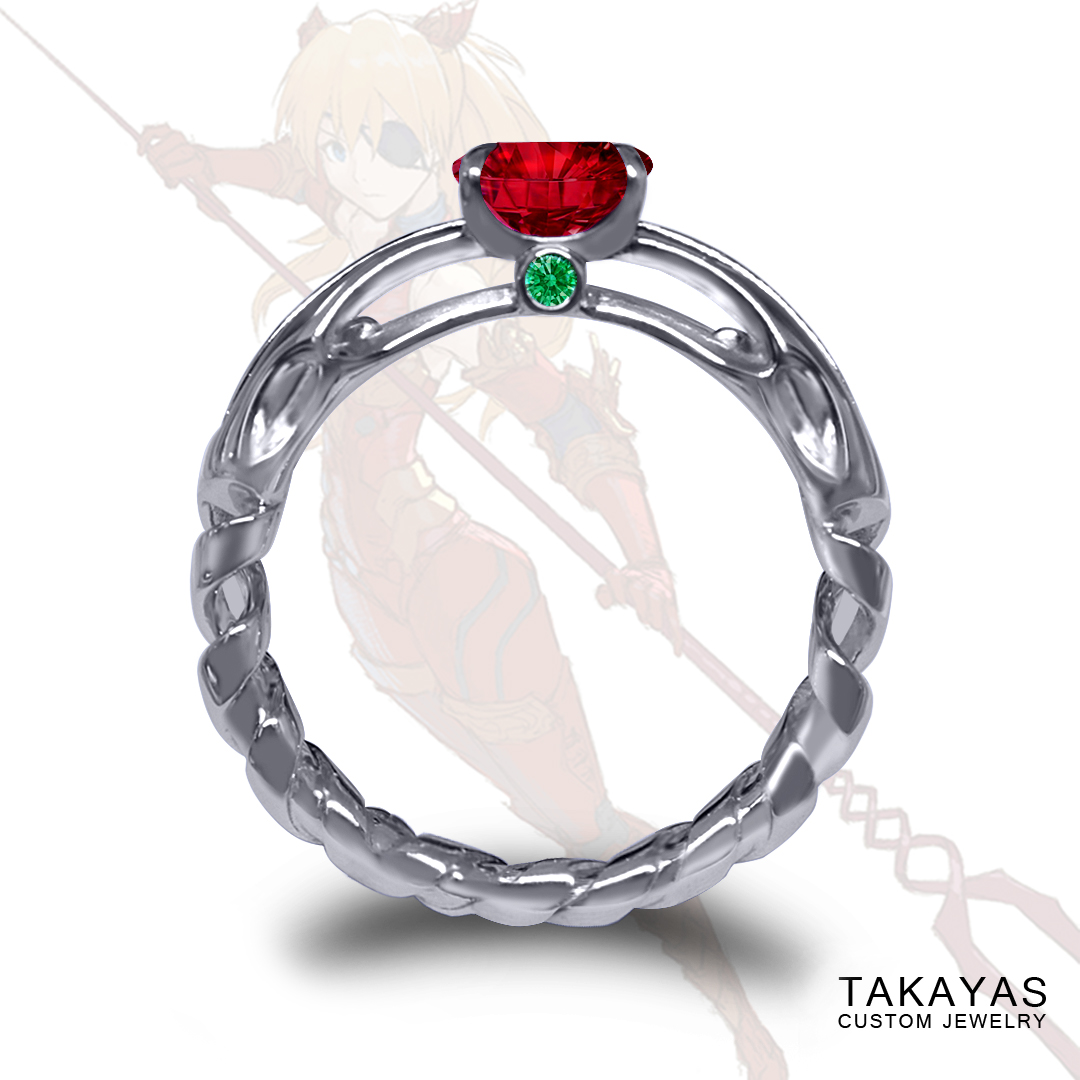 Quito contacted us to craft a custom engagement ring for his girlfriend. The first time they met, they happened to share the same elevator. Steff noticed a 4th Hokage keychain hanging out of Quito’s pocket, and that marked the day when their story together began. Roughly 11 years later, and hours upon hours of watching different anime together, their all time favorite is Evangelion. They even spent a notable amount of time dissecting, debating, and even arguing every aspect and detail of the story and its characters. Because of the red color from Asuka’s plugsuit, Quito wanted to have a red ruby center stone. 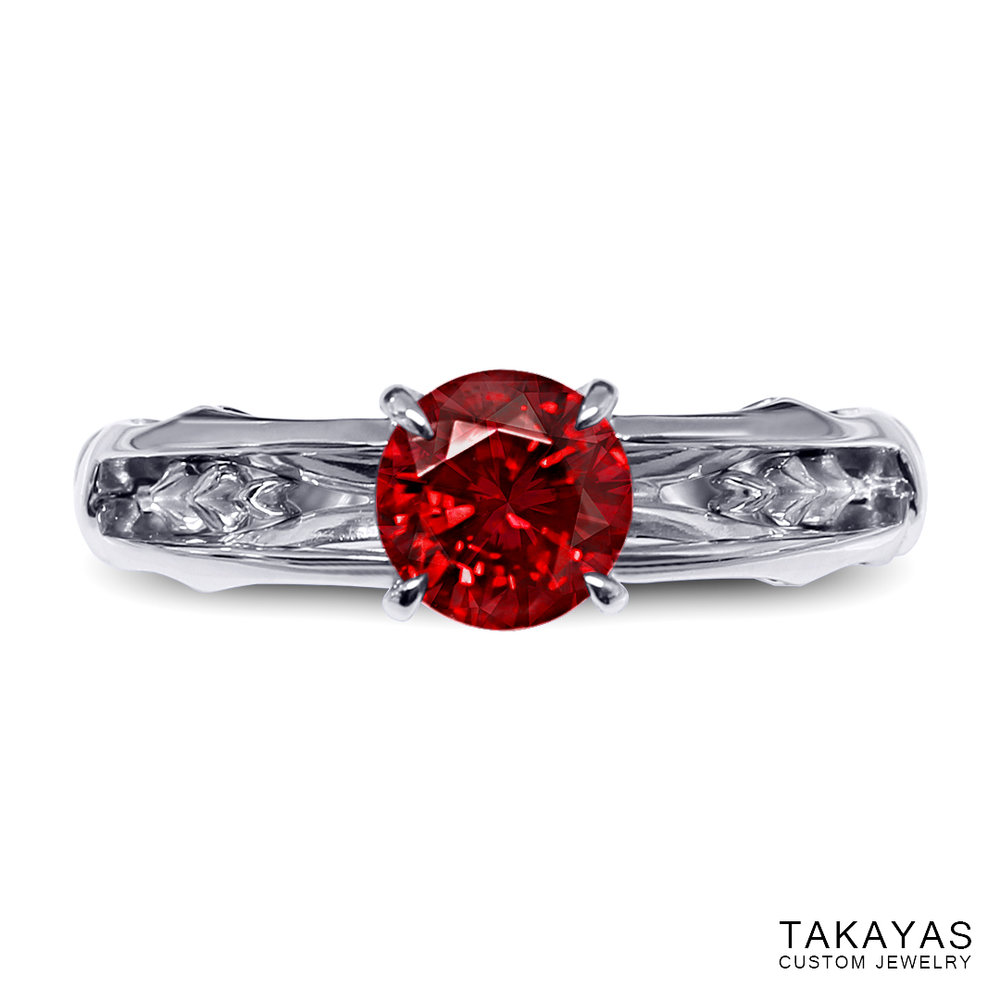 Quito also wanted to somehow implement the Lance of Longinus into the design, because he found it to be beautiful and elegant. So Takayas modeled the shank of the ring to have a double helix design, and even included a design from the Unit 02’s back plate, that ended up fitting quite nicely between the Lance’s tines on the under-side of the ring.

Since the main gemstone matches the red color of Asuka’s plugsuit, Takayas added two small emerald accent stones to match her unique suit’s green accents, as well as the eye of the Eva-02! 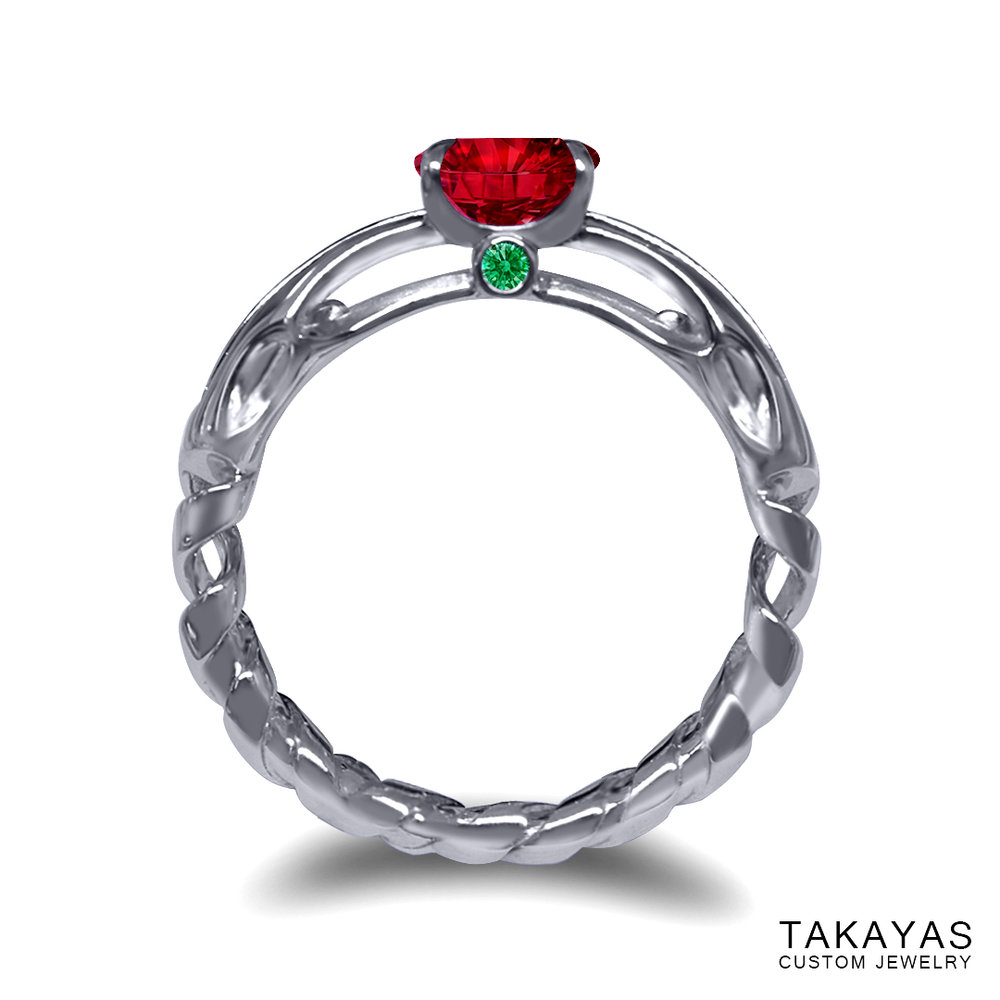 For the proposal, Quito planned for a whole year for a trip to Japan. He chose Hakone as their destination, because as an avid Evangelion enthusiast, Quito knew that Hakone is where “Tokyo-3” is located, but sneakily told Steff that they were going to go on an “Evangelion pilgrimage”. During their fall trip in Hakone, they visited many of the locations that are highlighted in the anime. After a long day of touring, in their traditional style Japanese Ryokan suite, he proposed to her before their “kaiseki” dinner,surrounded by the beautiful trees that were changing their colors for the fall season, in the middle of “Tokyo-3”. Who could say no to that? 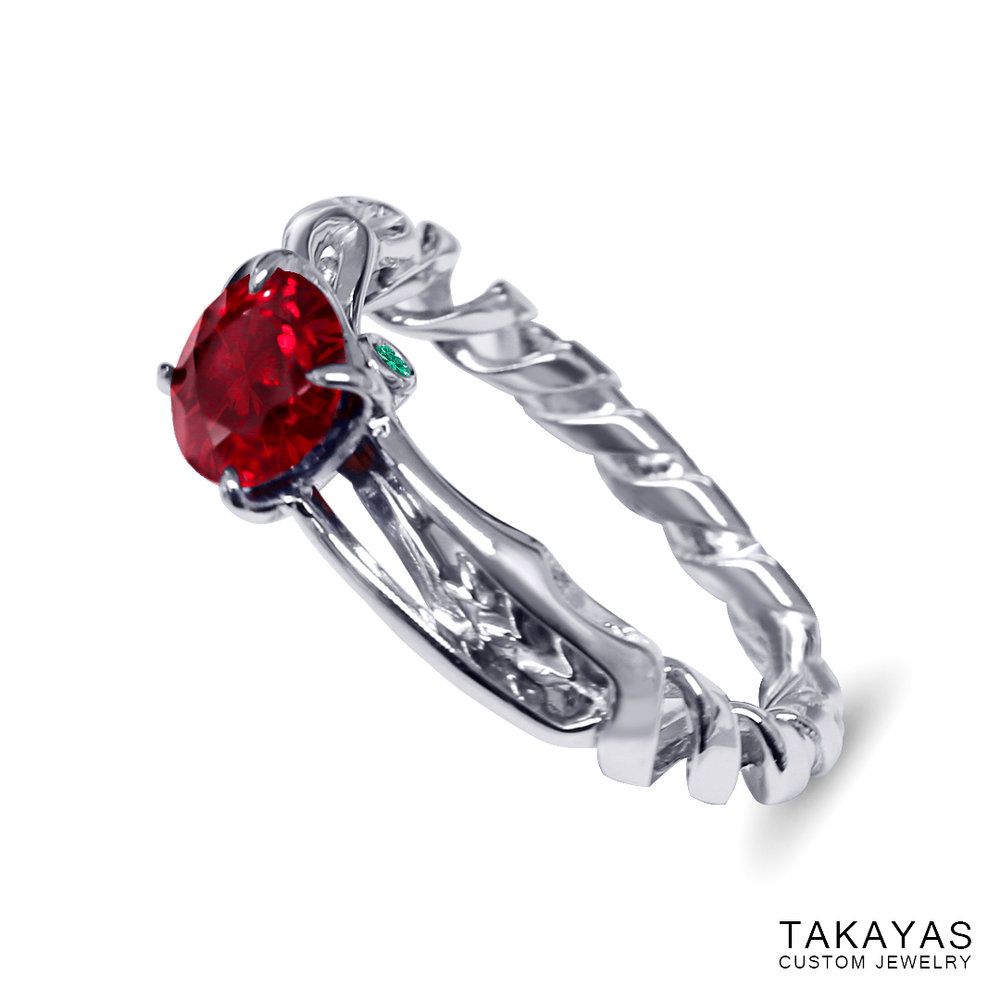 Quito was kind in letting us tell his story and also let us know their thoughts on working with Takayas for his special project:

>
“Steff absolutely loves her ring. Neither of us has ever been diamond people (for multiple reasons) and she loved the thought and care that went into designing and creating the ring. We were both incredibly impressed with Takayas’ attention to detail and craftsmanship. It’s been about a month since we got engaged and we still look at the ring and wonder how Takayas pulled off the design. Everyone else who has seen it has also been astounded by the artistry of the ring.” 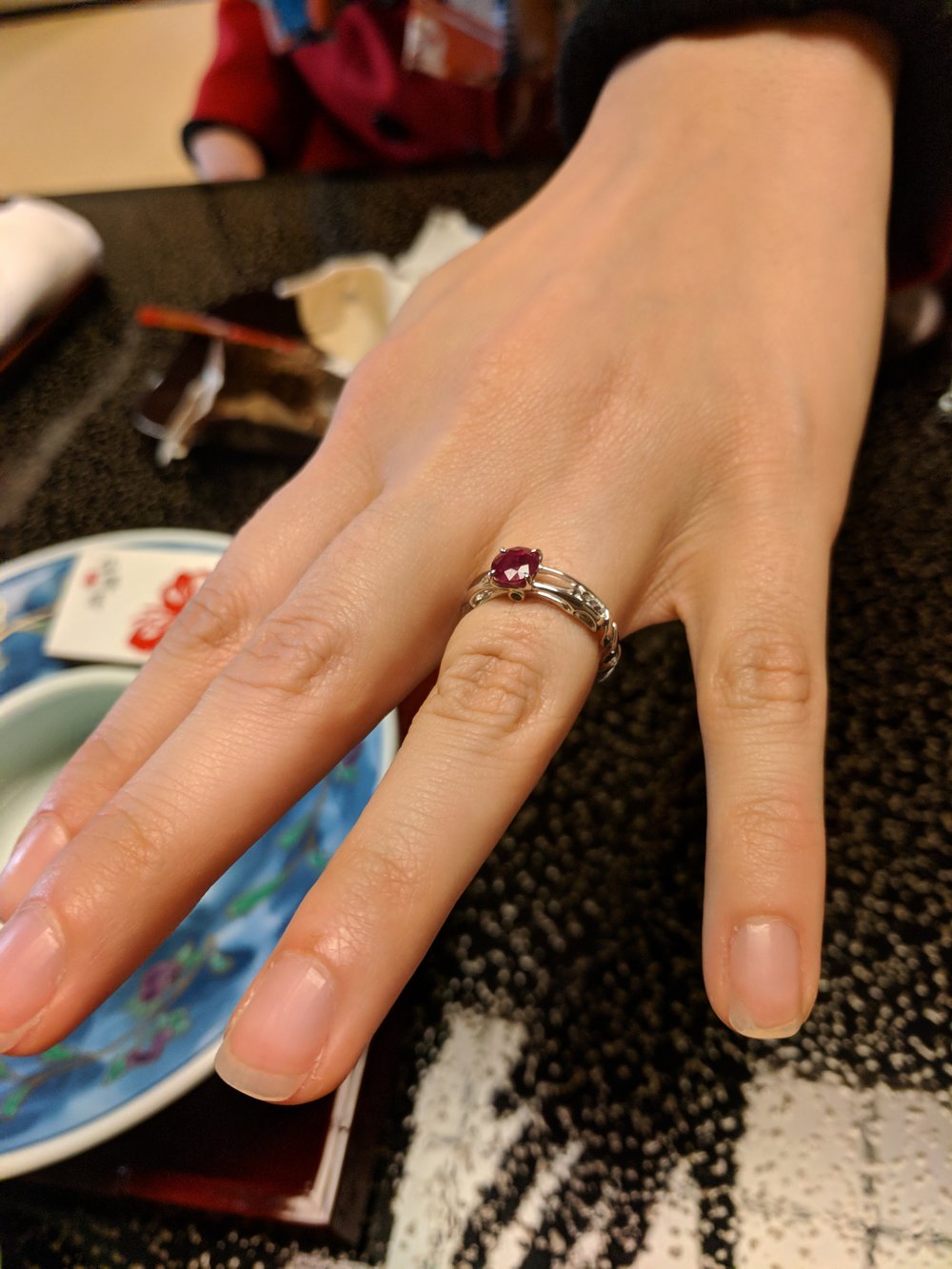 If you’re ready to level up your relationship with your significant other, and share an common interest that you both feel passionately about, taking the first step is easy. Simply start a conversation with us by submitting your request form here

We are waiting to hear your story!