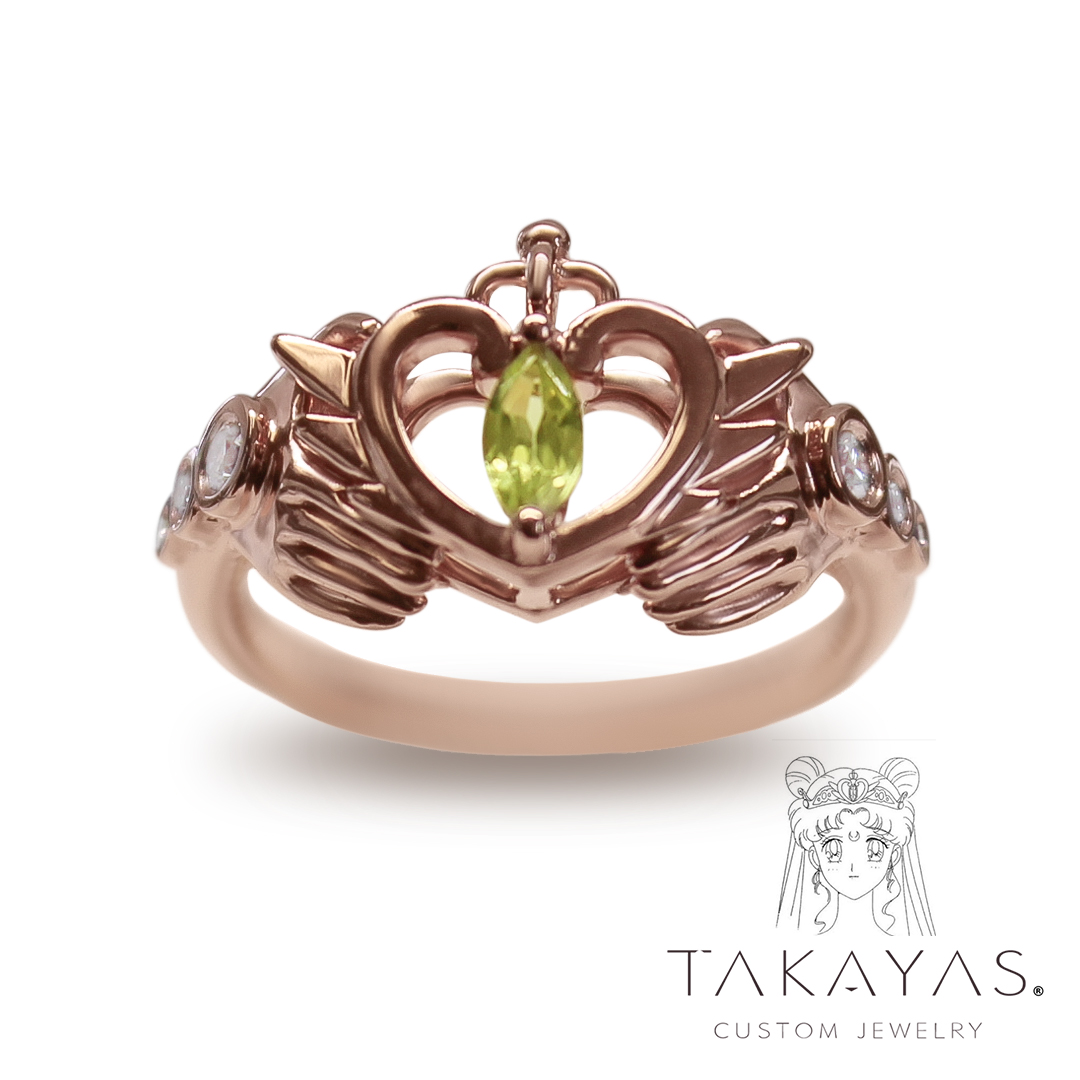 Neo-Queen Serenity, Queen of Crystal Tokyo, is the future and most powerful form of Usagi Tsukino who is better known as Sailor Moon. The Sailor Moon series plays an important part in Ravenne’s and, her girlfriend, Abi’s relationsship. Ravenne and Abi met 6 years ago on Tumblr where they shared their love of several fandoms such as Kingdom Hearts and Final Fantasy.

They finally met in real life for the very first time at the 2015 Anime Expo. Ravenne made Tuxedo Man and Abi made Sailor Moon. In 2017, after several years as friends, Ravenne finally confessed her feelings to Abi, and Abi confessed her mutual feelings. It’s now been almost a year since then, so we’ve had five years of friendship and one year of a relationship.

Ravenne wanted to celebrate their Anniversary by gifting Abi a custom jewelry piece from Takayas. 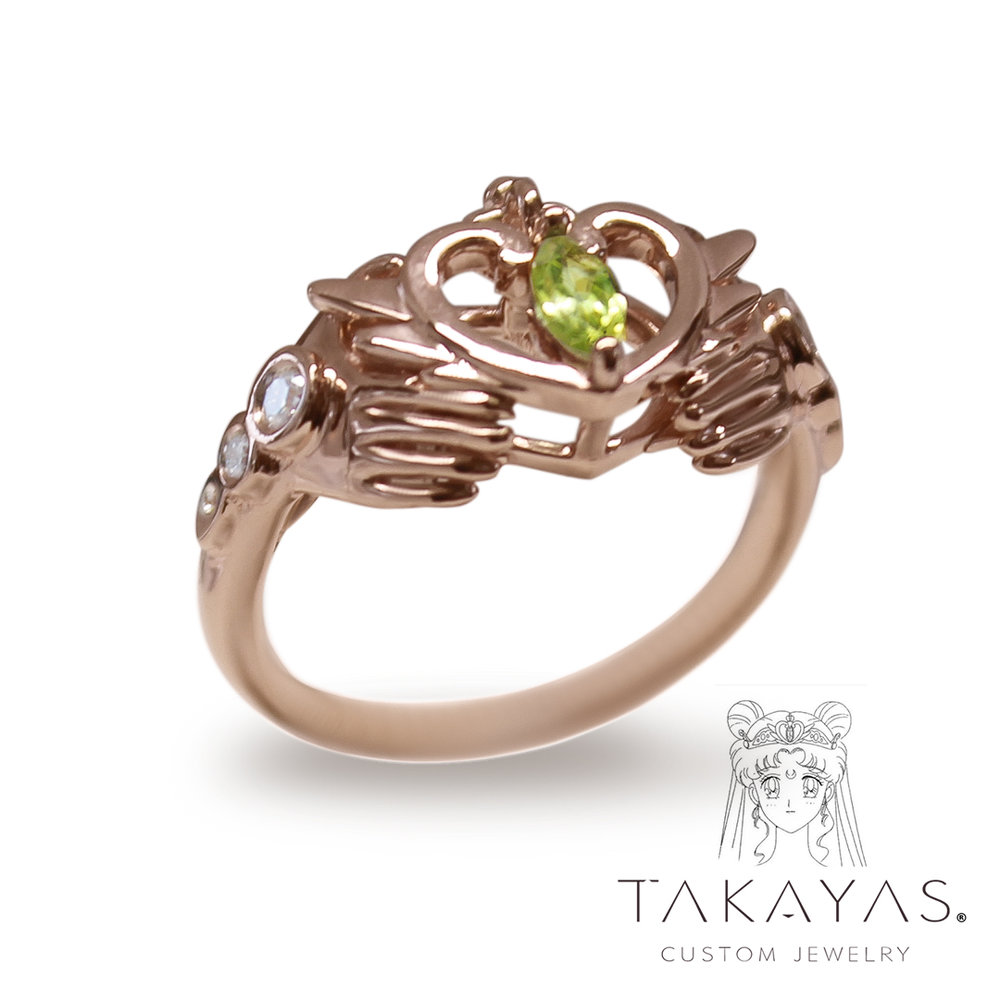 The Claddagh ring is a traditional Irish ring that represents love, loyalty, and friendship. Being that Abi has some Irish heritage and being big Sailor Moon fans – Ravenne thought of combining these two elements and decided to come to Takayas to make her special promise ring come to life for her special person, Abi.

Ravenne, a DIY cosplayer, understands and appreciates the custom process as it makes anything more meaningful and one of a kind. As an engineer, she is amazed by how Takayas makes his jewelry designs on CAD software, and it always delights her any time technology and art is combined. 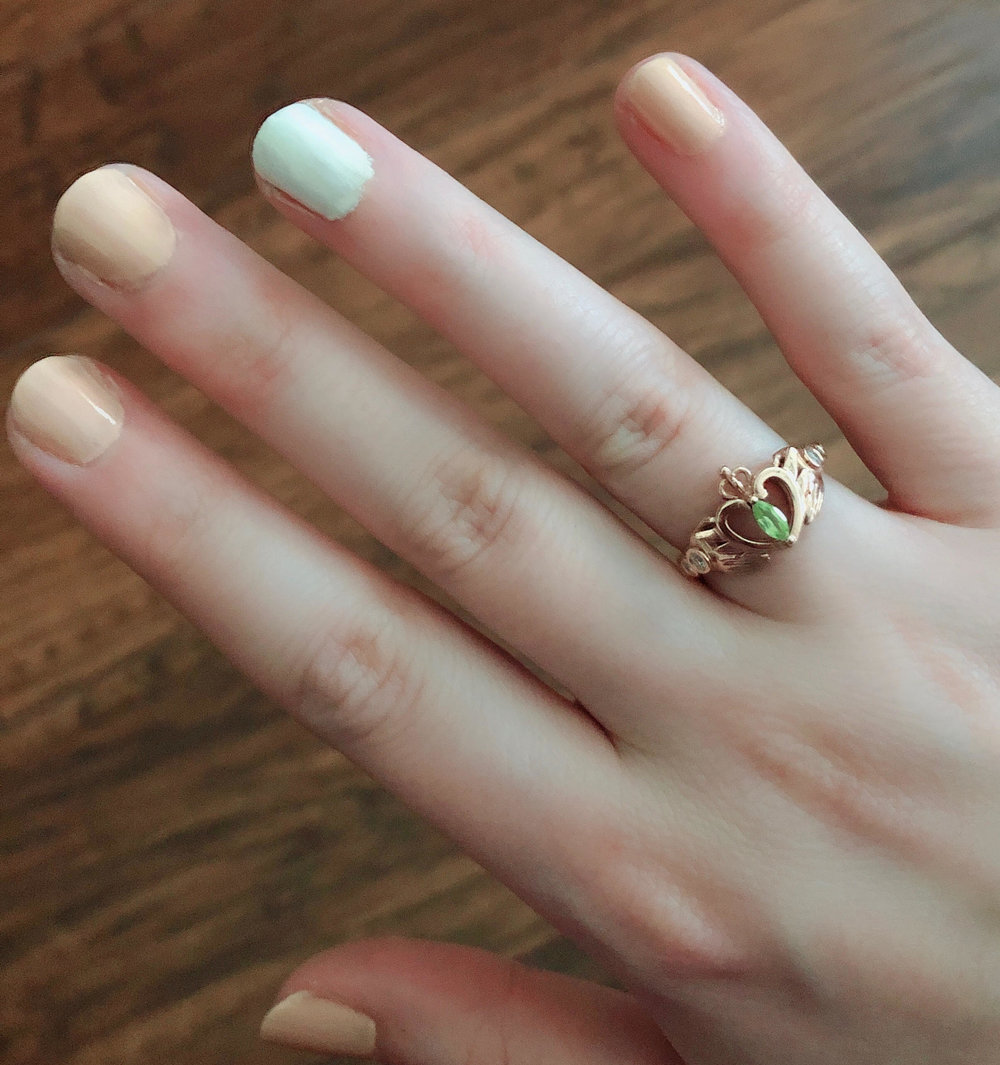 We always love when our clients share their loved ones’ reaction to the ring and this is what Ravenne when Abi saw the ring:

>
“She really loved the ring and requested a smooch to go with it, so I think that safely says that she loved it instantly. She’s been wearing it every day since, and she really loves the detail work that Takayas put into it. I don’t think she realized how purely custom the ring was until later when I was showing her more of Takayas’ work, and she was even more delighted by the ring when she learned that!!!”

We are so happy to be part of this beautiful couple’s journey of love and friendship.

ARE YOU READY TO BEGIN YOUR CUSTOM JOURNEY? VISIT OUR OPTIONS PAGE TO BEGIN CRAFTING, OR VISIT OUR INQUIRE PAGE TO GET IN TOUCH WITH TAKAYAS.