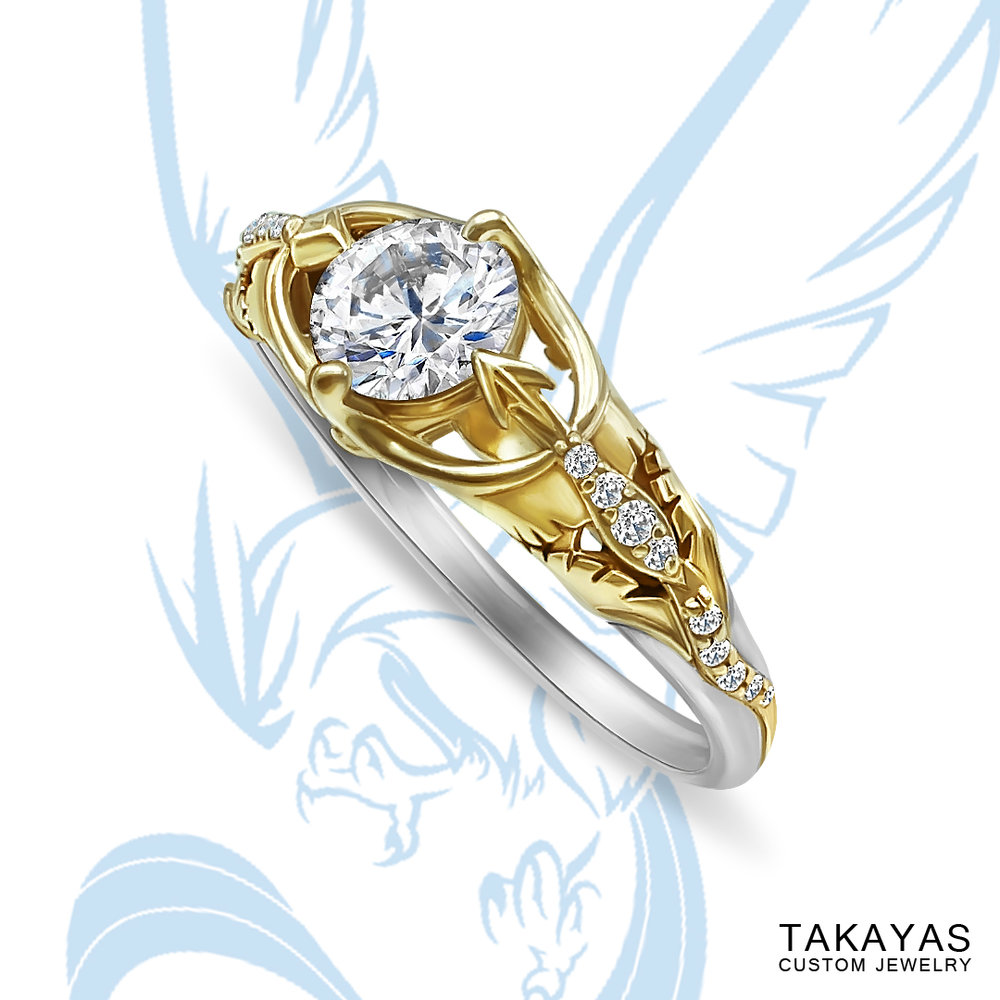 Christopher contacted us with the perfect concept for proposing to his girlfriend, Jamila. He told us that she had been playing Pokémon for the past 20 years and her favorite pocket monster by far was the legendary Articuno so, naturally, he planned to capture her heart with an Articuno inspired engagement ring!

He loved many of Takayas’ two-tone creations that he had seen online, especially the more complex overlay style of our Zelda inspired engagement ring, so Takayas took this into consideration when creating Christopher’s unique Pokémon design.

Takayas decided to create an abstract Articuno form, placing one of each legendary bird on either side of the center stone, using their recognizable three-feather crestedhead as the East-West prongs, with their wings wrapping around the shoulders of the shank and coming together to form the North-West prongs, and their diamond-studded body and tail continuing down the shank. Two more Articunos can be found in the under-gallery of the ring, wrapping their wings up and around the shank to complete the design. 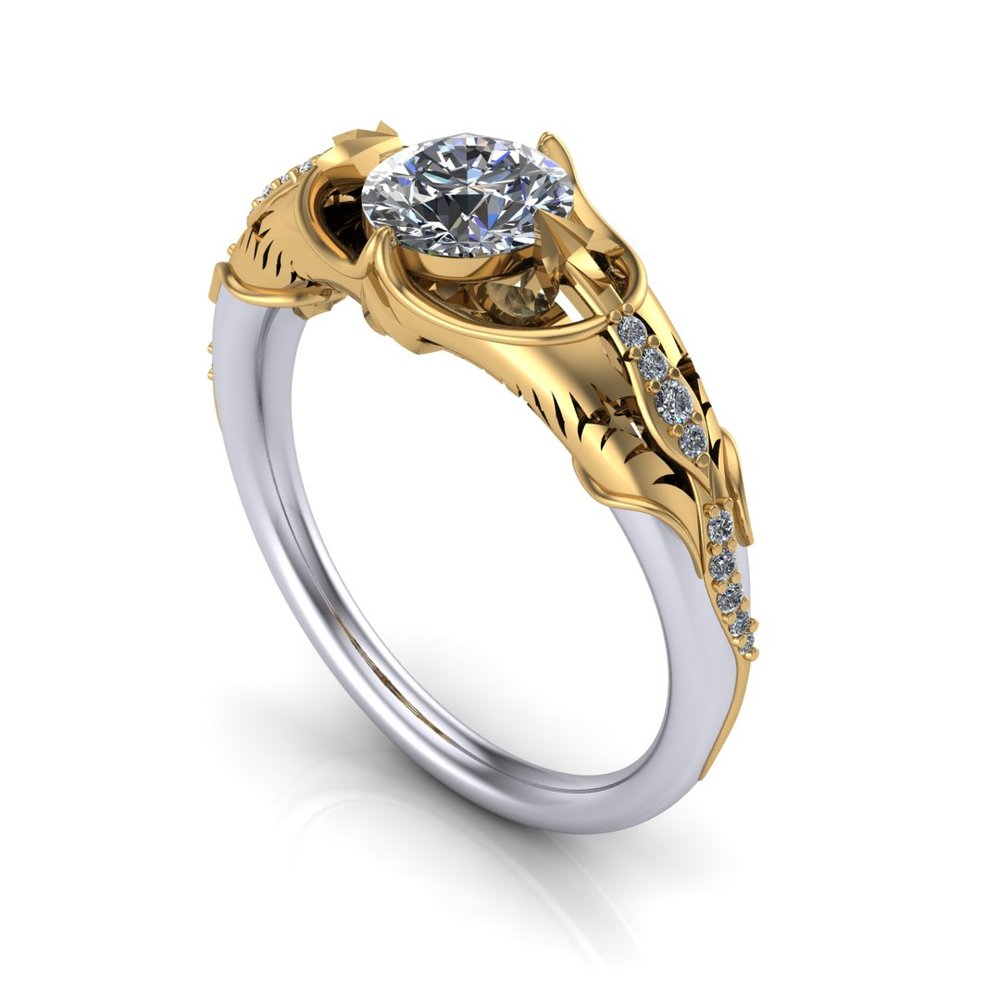 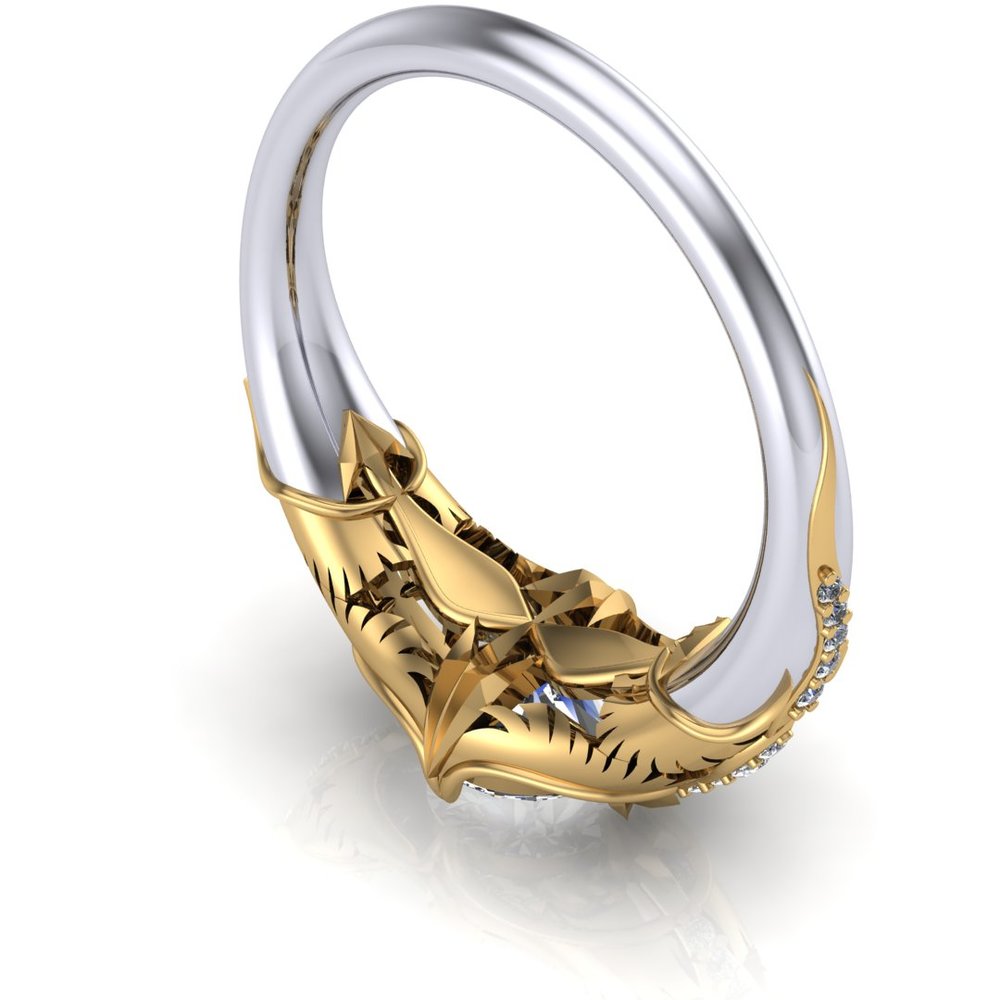 When we showed the renders to Christopher for approval, we loved his response: “WOW!!!! This looks truly amazing! I reviewed the design and really don’t recommend any changes.” That kind of reaction is always our goal. 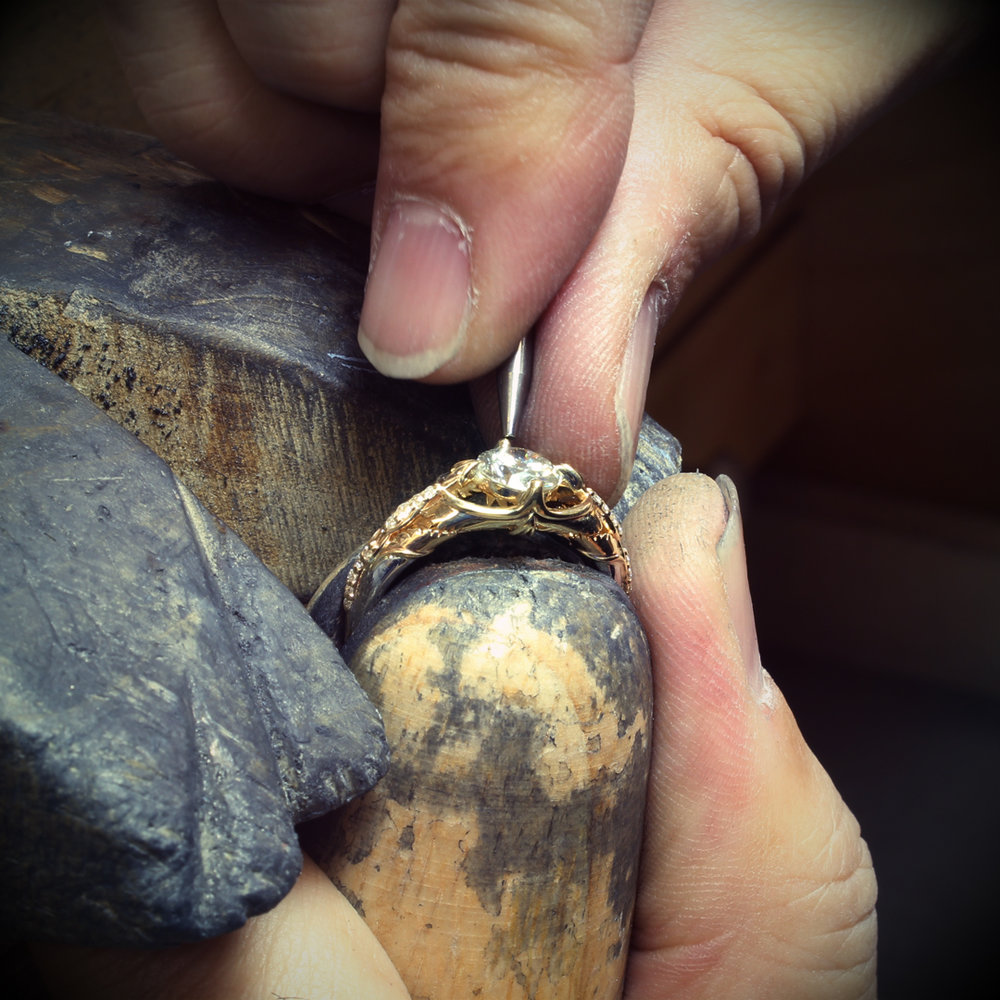 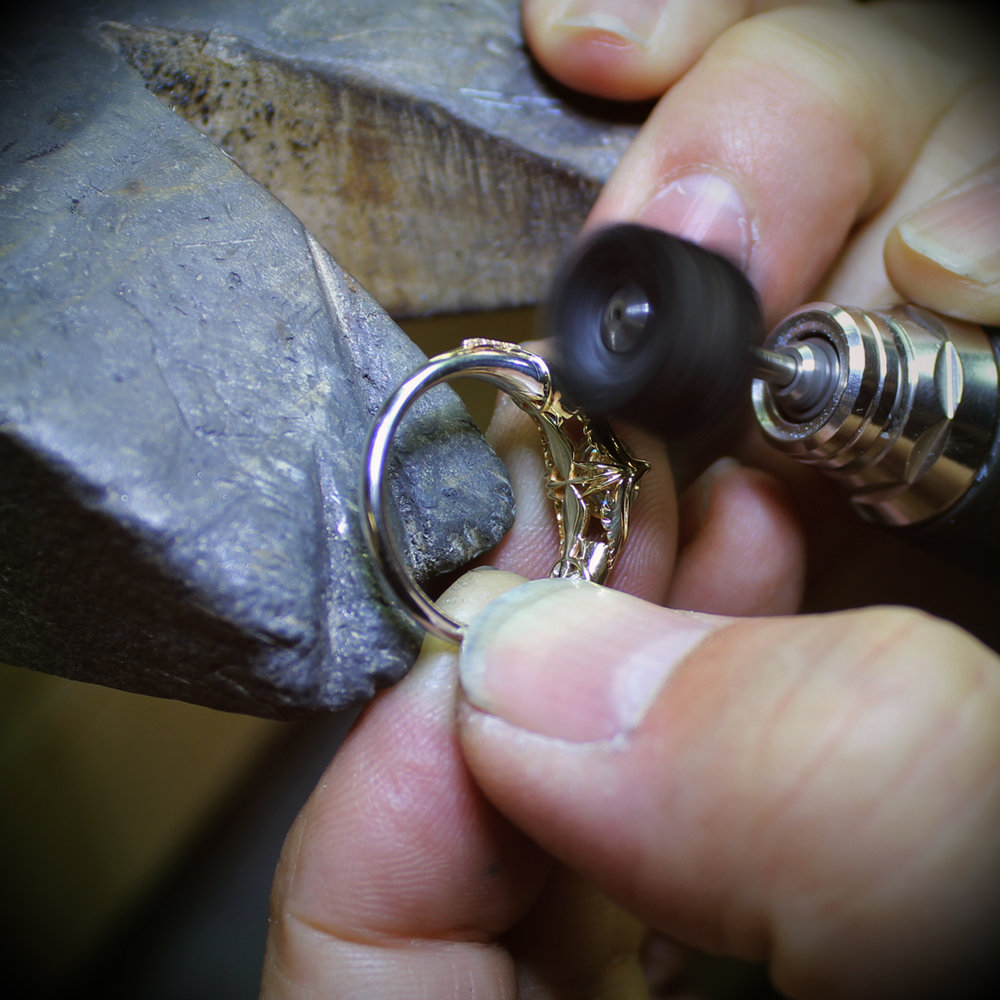 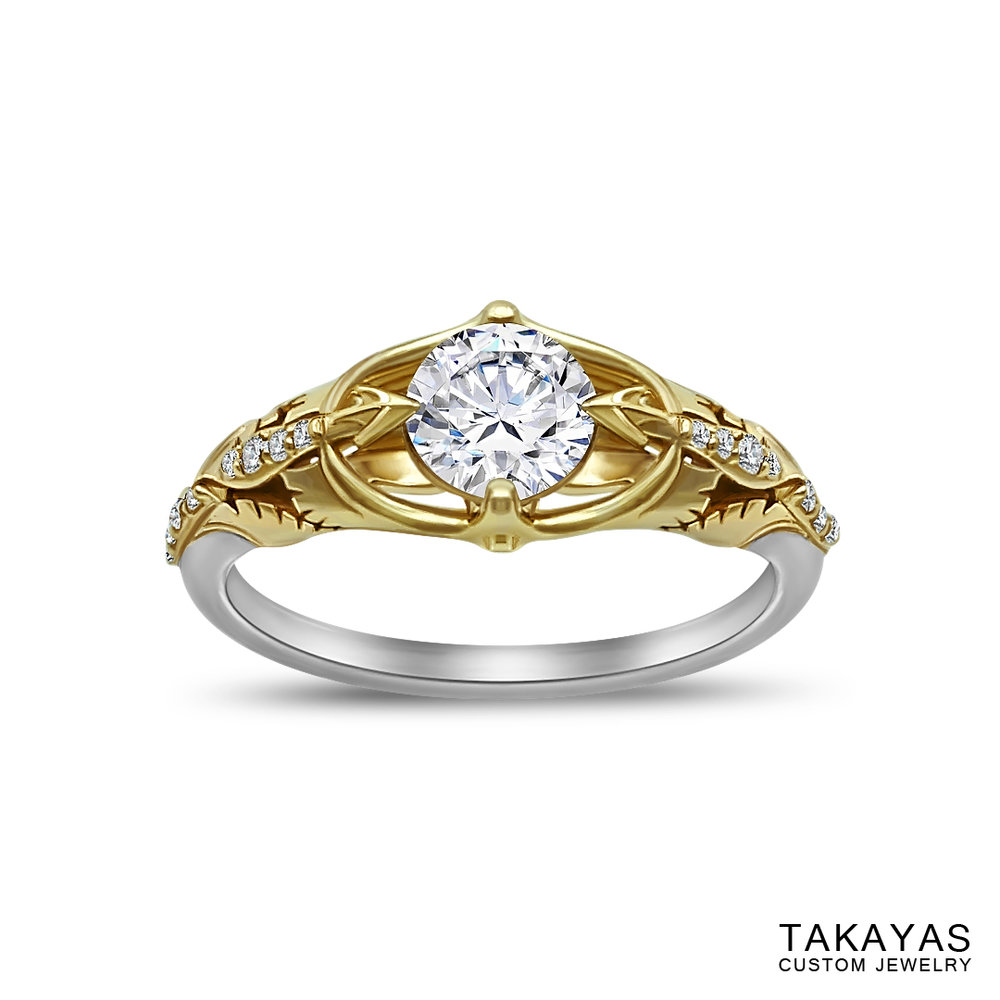 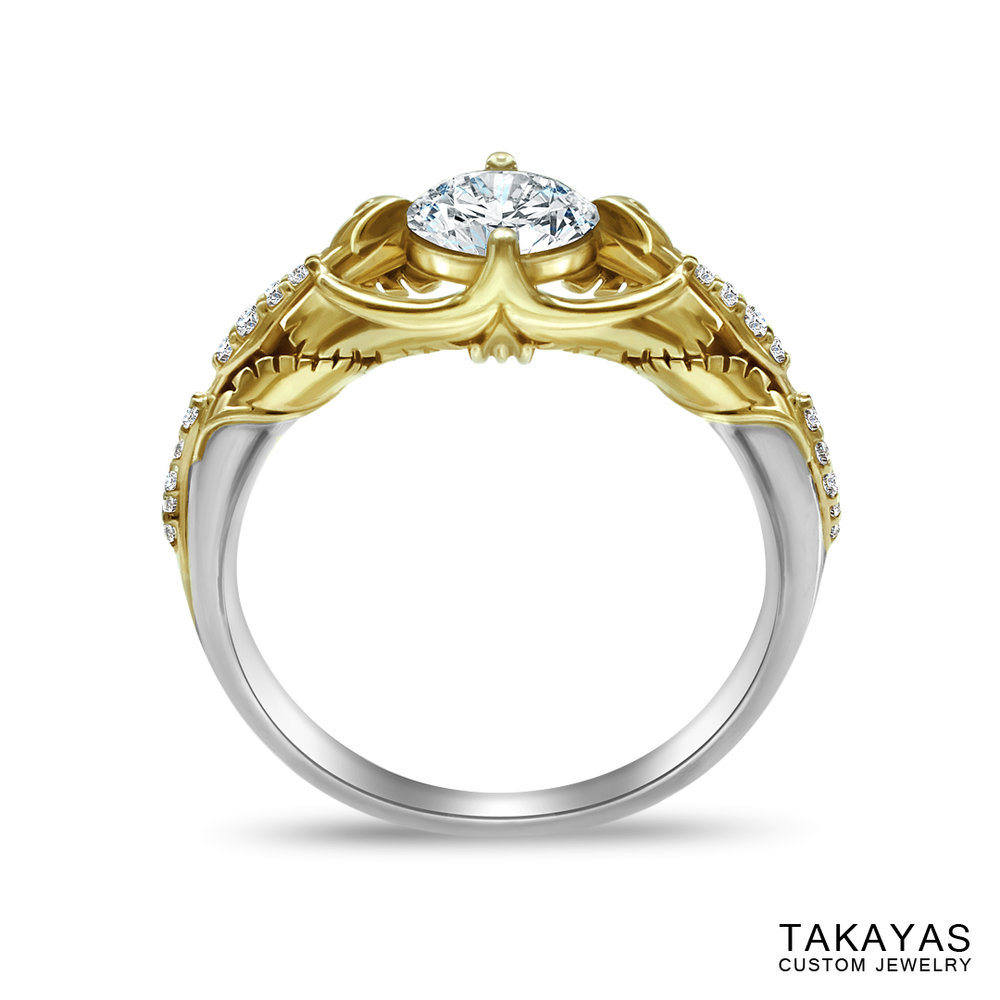 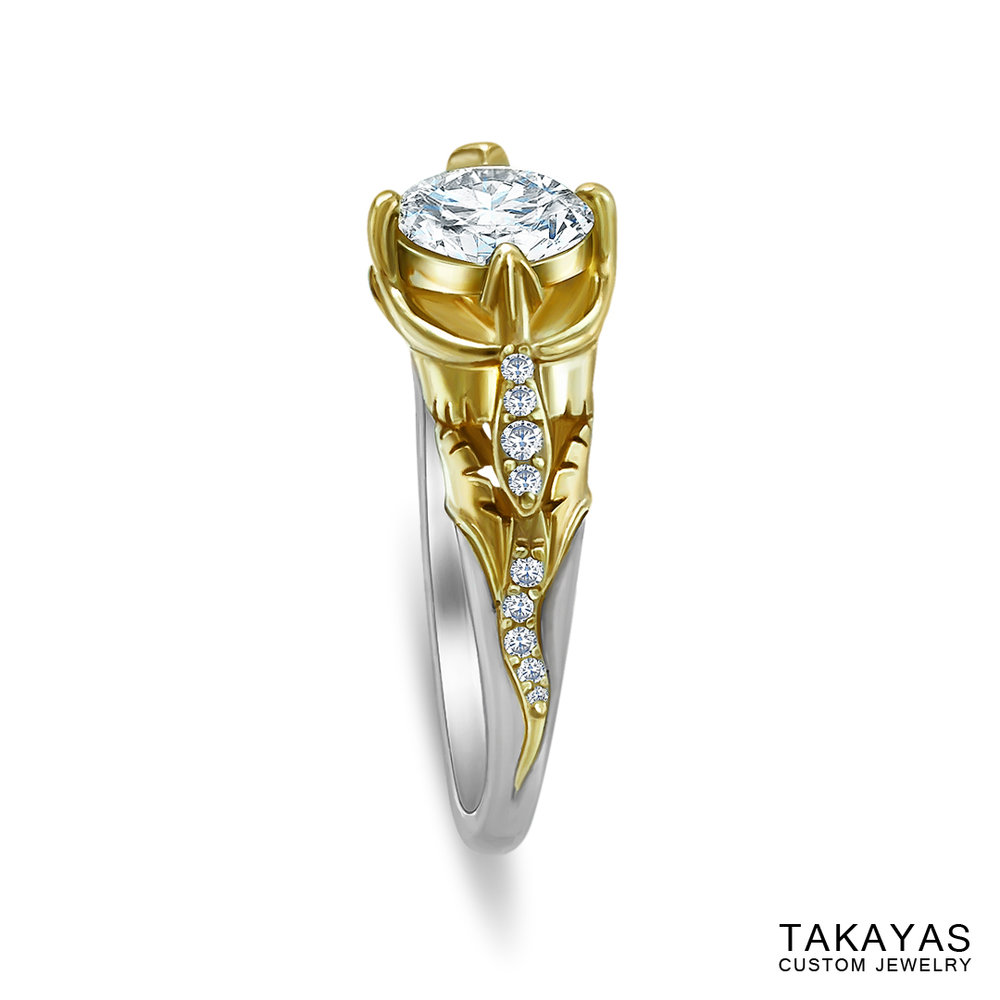 We asked Christopher for feedback after receiving the finished ring and the first response was the most important: “She said Yes!” He also added: “When I saw the completed ring for the first time I was completely floored.The ring’s beautiful detailing and bi-metal design led to a product that was beyond my expectations. When I proposed to my fiancée she was equally taken away by the beauty and elegance of the ring.I would definitely consider working with Mr. Takayas again on future projects.” 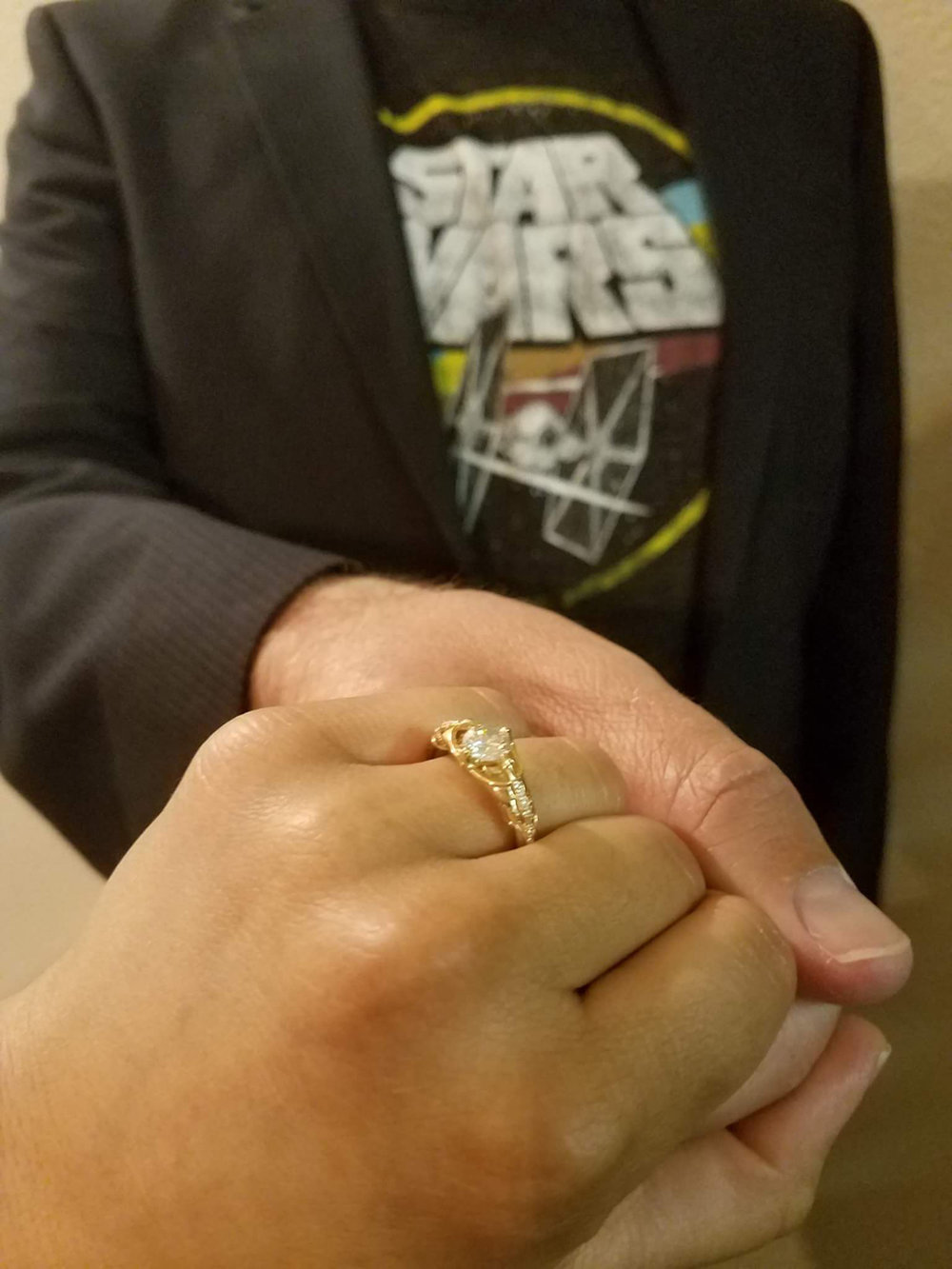 We would love to work with Christopher again, and look forward to hearing what concept he and Jamila might like to incorporate into their special wedding rings. For now, though, we are just happy these two chose each other and wish them all the happiness in the world!