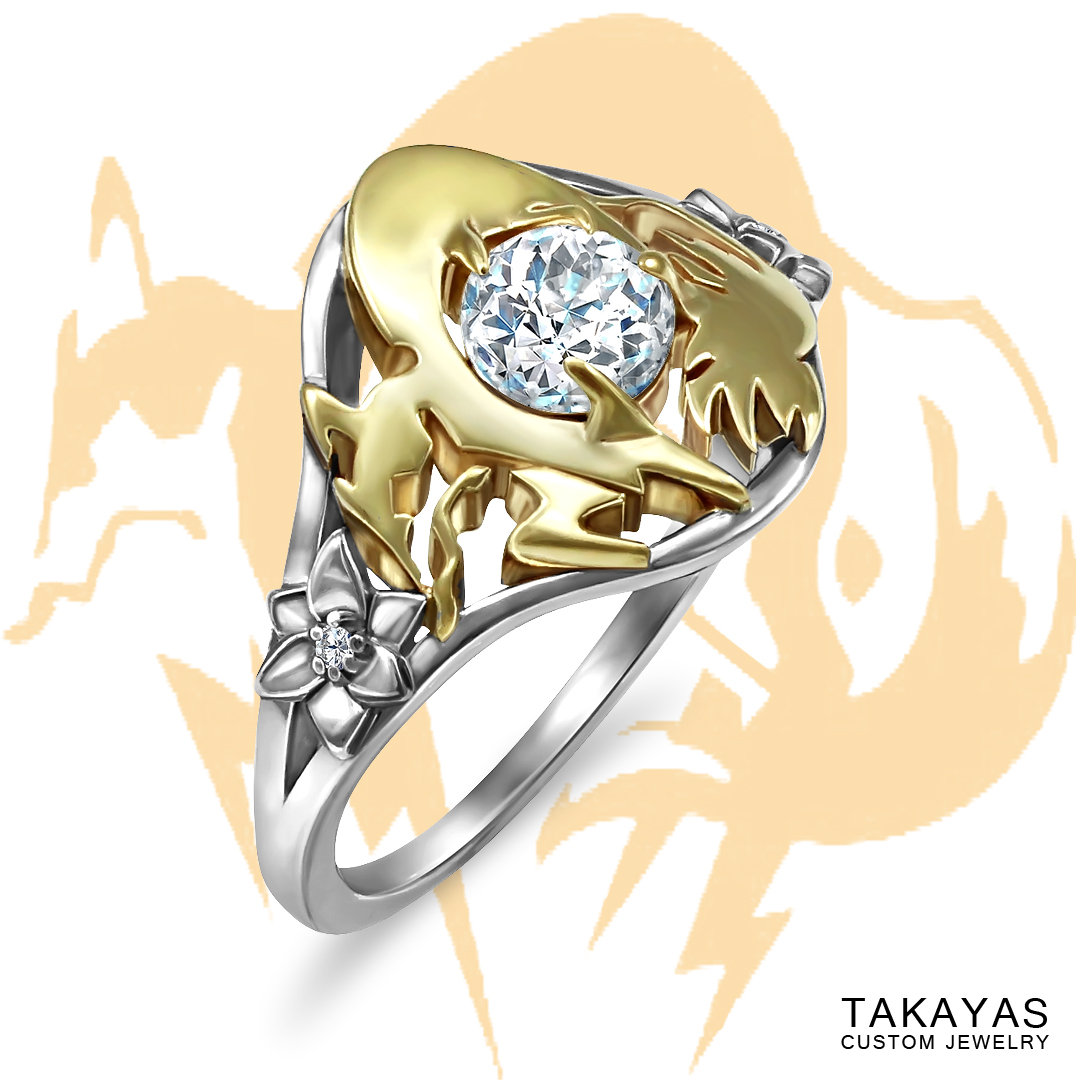 Alvin contacted Takayas to make a very special engagement ring for his girlfriend, Aryn, based on her all-time favorite video game series: Metal Gear. He knew from the beginning that he wanted to include the FOX Unit emblem and lilies, I’ll let Alvin describe the reason for the specific symbolism he chose:

“One of her favorite characters throughout the series is The Boss, who helped co-found the FOX unit and is known as “The Mother of Special Forces” in the game. The Boss’ character has a tragic backstory, and the lilies that adorn the ring hold a particular meaning to her. I felt that they added a nice flair to the ring, while also including symbolism for those that are aware of the games. The golden fox around the diamond is the symbol of the FOX unit, and has been used as the logo for the game’s production studio as well as for Solid Snake’s symbol when choosing him in the Super Smash Bros series, another game series we love to play.” 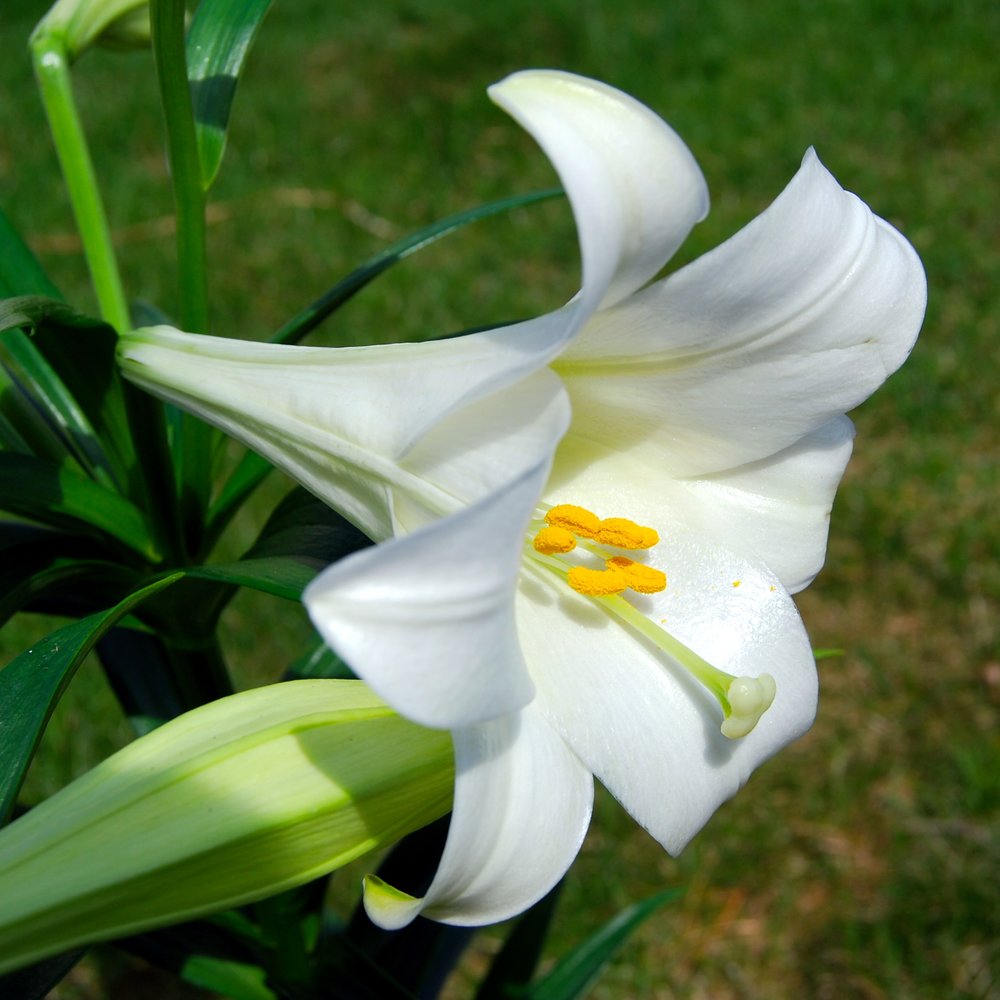 Aryn ended up loving her special ring! Alvin presented it in a very cool way, too. I’ll let him describe his proposal surprise:

“Aryn and I often go to gaming and anime conventions together, so during our annual trip to PAX Prime/West in Seattle I made plans to propose to her. During what she thought was a cosplay photo shoot at the top of the Hilton downtown, I got on one knee and surprised her with the ring. After a double-take of disbelief, she said Yes and our friends came out of their hiding spots to celebrate with us. Aryn still cannot stop glowing about the ring, and she loves how special and unique it is. The intricate design and details show how much time and effort were put into making it.” 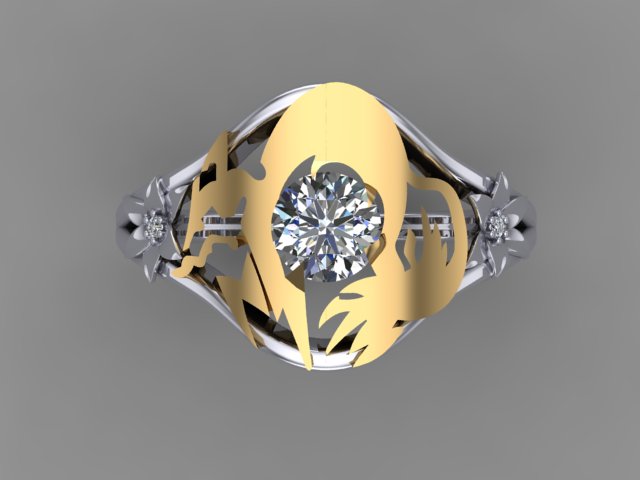 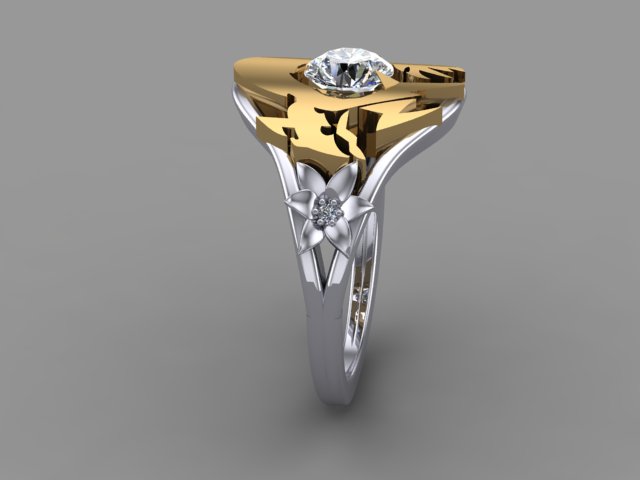 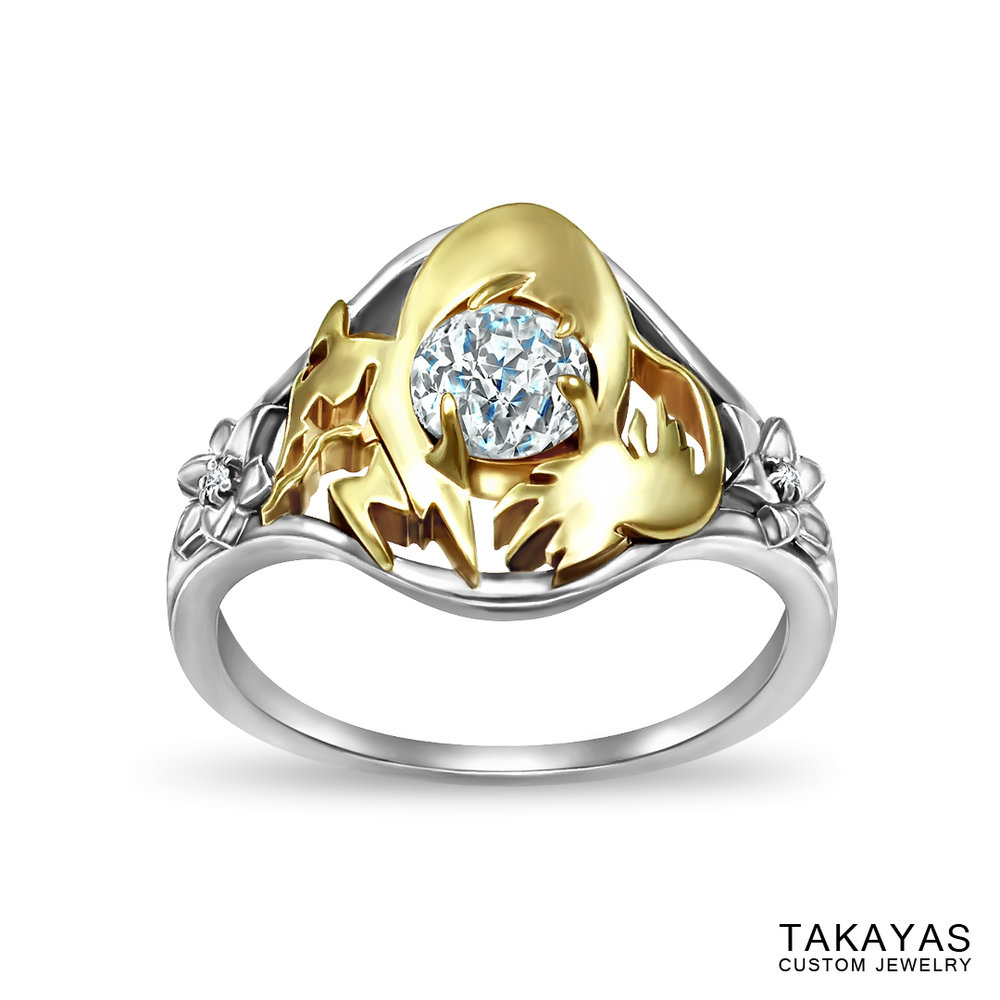 “Working with Takayas has been great. He was very professional and patient with me, as we worked together via email to find the perfect design for us. His correspondence was always prompt, and he was able to give excellent suggestions to help with the look and feel of the ring. His expertise has been valuable in making this a wonderful experience with a ring that she will cherish forever.”

We enjoyed working with Alvin too, and loved making a ring that Aryn will cherish! If you’re getting ready to propose, or want to gift yourself with a special ring you’ve been dreaming about, send us the details of your dream ring using our inquiry form to begin the conversation. We would love to work with you, too!