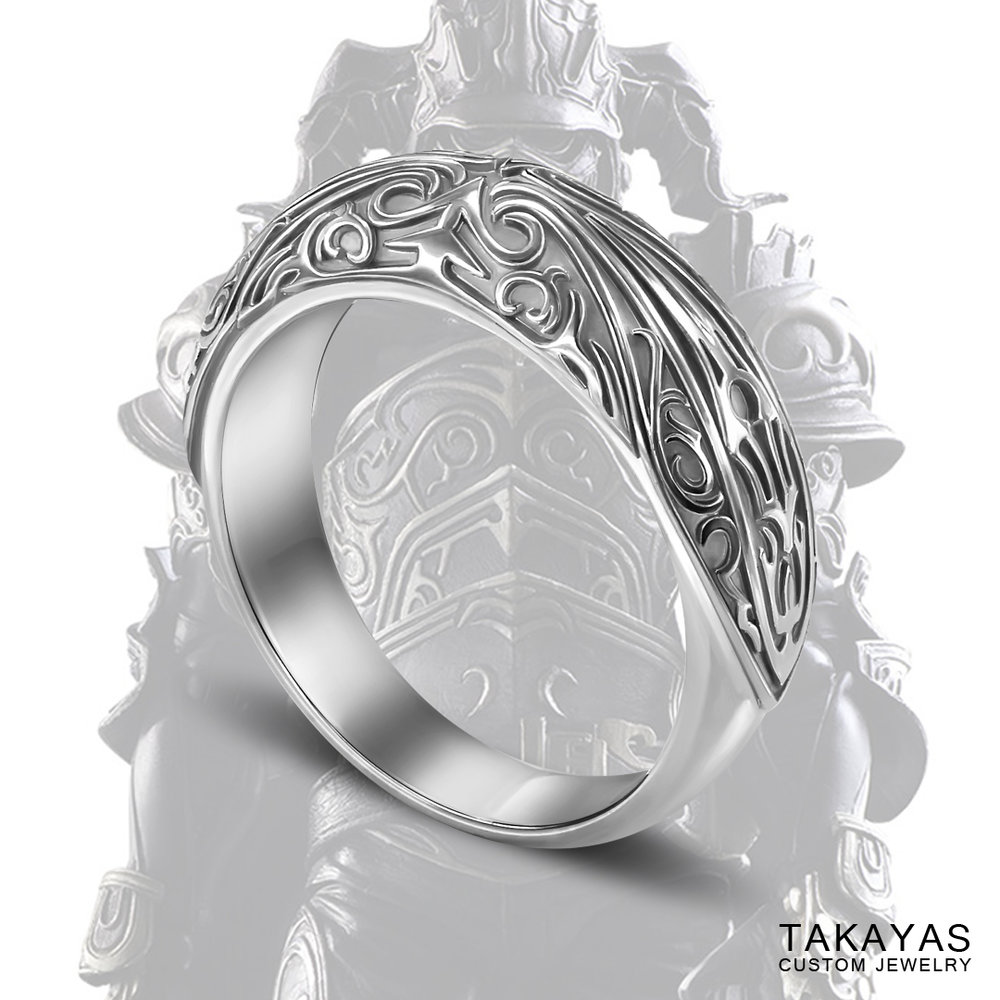 Chris and Tish were close friends for a long time before their relationship became romantic. Tish described it as “a gradual love but one I would never want to change for all the world.” While Chris confessed, “I know it took Tish a while to finally come around, but I knew that she was the one that I wanted to spend the rest of my life with and experience whatever crazy adventures come our way!” Naturally, the theme of their wedding became “together, forever… Finally!”

Chris told us this theme was not necessarily a reference to Final Fantasy but, he had the brilliant idea of having a custom ring designed that encompassed his love for Tish as well as one of his favorite adventures and contacted Takayas to bring this idea to life.

He explained that Tish’s engagement ring was a custom design based on her grandmother’s vintage filigree ring, and he wanted to incorporate a similar “vintage inspired twist” into his own ring’s design to complement hers. Chris provided some images from Final Fantasy XII for inspiration saying, “Of all the FF games I’ve played, FFXII would seem to fit my style the best with lots of filigree work on the armor and clothing that would match my fiancee’s ring nicely.” 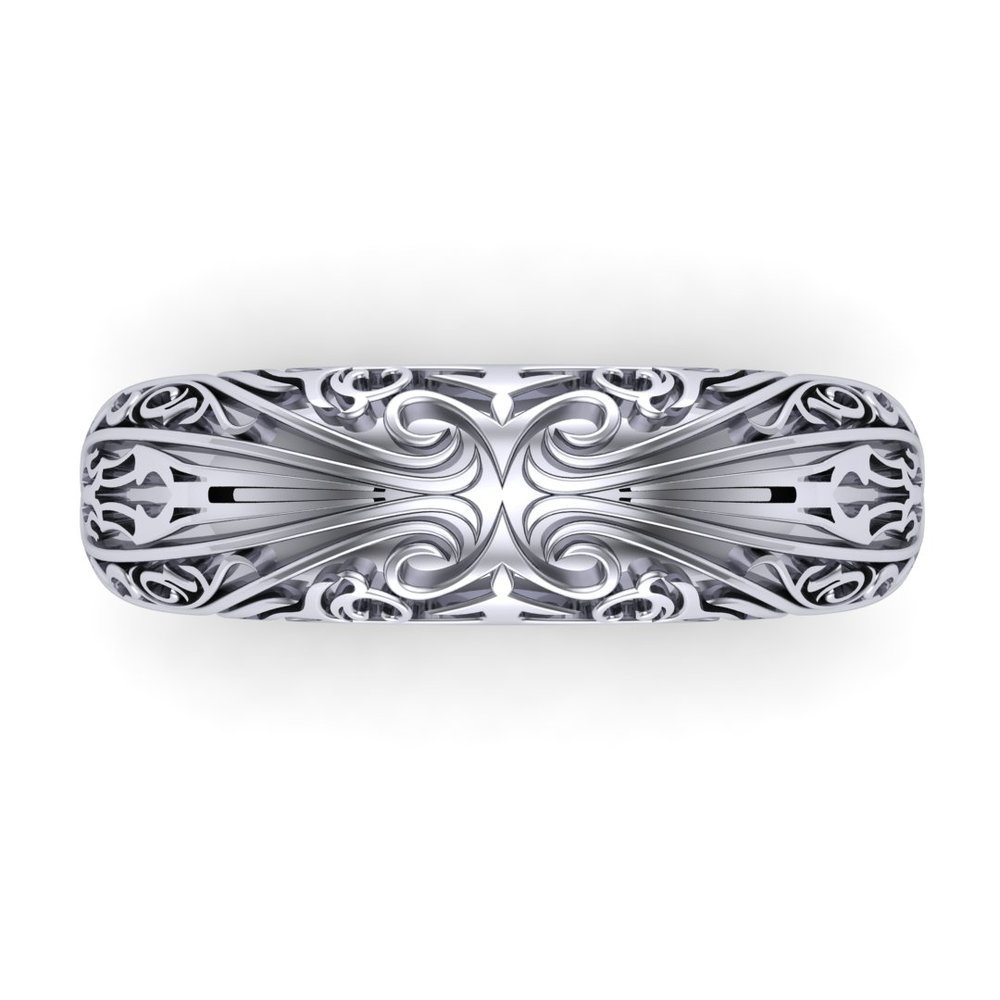 Takayas decided to focus on the beautiful yet masculine patterns of Gabranth’s chest plate, as well as elements from the symbol on Gabranth’s cloak, to create Chris’ custom filigree elements. Takayas also mimicked the lines radiating from the center of Tish’s ring, further enforcing the bond between the two rings.

Chris loved the design (“WOW! So awesome!!!” is a good response, right?) and the ring was officially placed on his finger when the couple were married earlier this month. We wish these two (now married) best friends a lifetime of love and happiness… Finally! 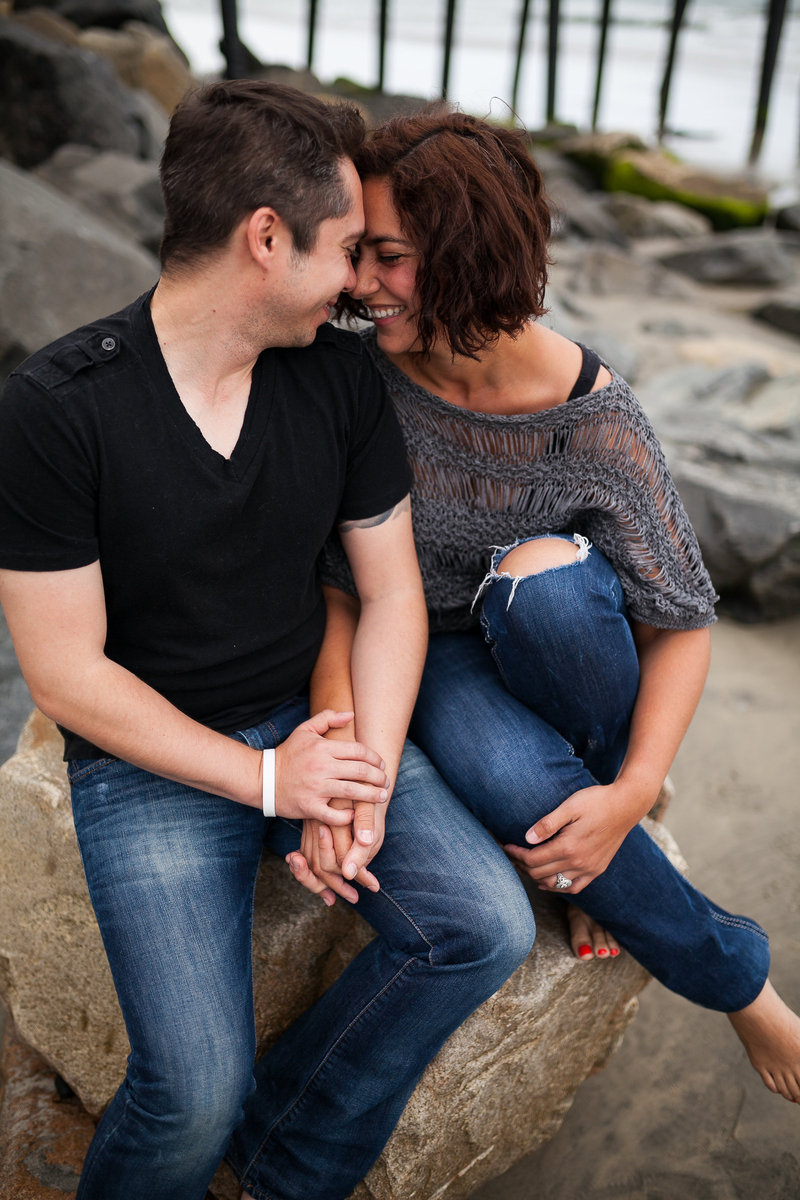