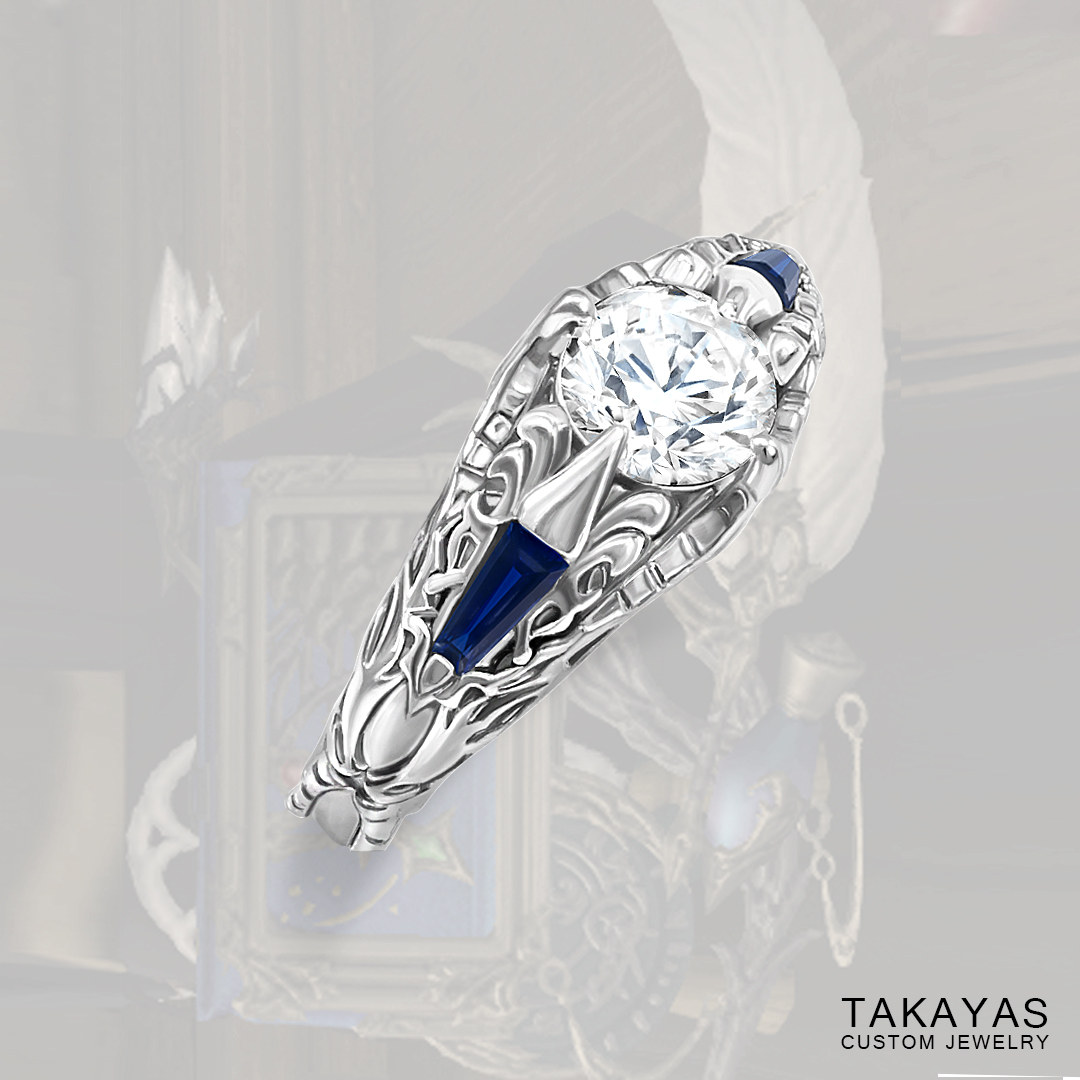 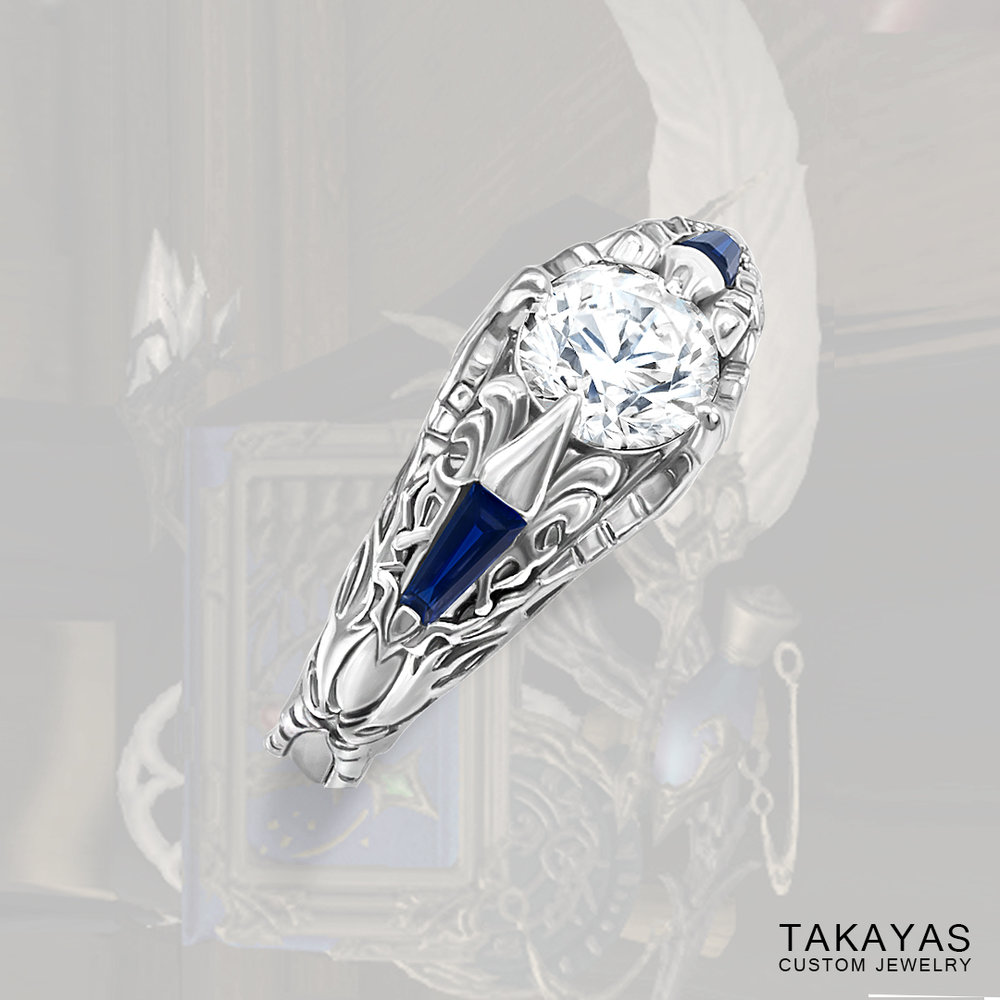 Robert (aka Rokx Bagles in the world of Final Fantasy) contacted us with the idea to create a special engagement inspired by his girlfriend Kristina’s Final Fantasy XIV Scholar character, Infi Tayuun. Here’s a little background from Rokx, on why he chose this FFXIV inspiration:

“Infi really fell in love with the Scholar class during the Alexander Creator savage tier and had a glamour set that she really liked so I knew that I would want a ring themed around scholars and around that gear set. She had just taken a bunch of screen shots for a mutual friend’s art project so I was able to “steal” those and send to Takayas as source material. I had a very vague idea of what I thought Infi would like in terms of band color and gemstone size and Takayas took care of the rest.” 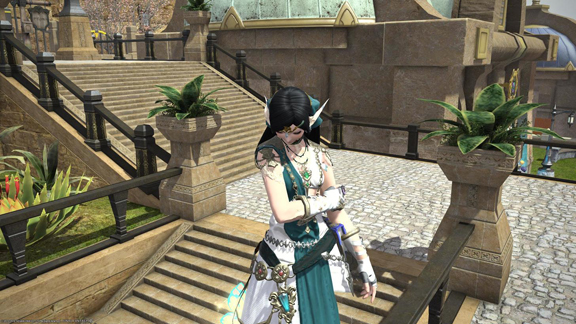 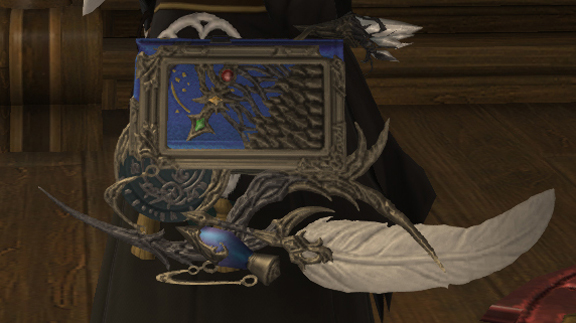 Takayas focused on the costume of Infi’s Scholar character and her Sharpened Word of the Magnate book for inspiration. He mirror-reversed part of the long curved branch-like element of the book and used this as the North and South prongs that hold the center stone, continuing the design down the shank. For the East and West prongs, he used a decorative element from her character’s belt, setting a blue sapphire tapered baguette on each side to complete the look. He also added the round element from her belt on the under gallery of the ring, for one more nod to her character’s style. 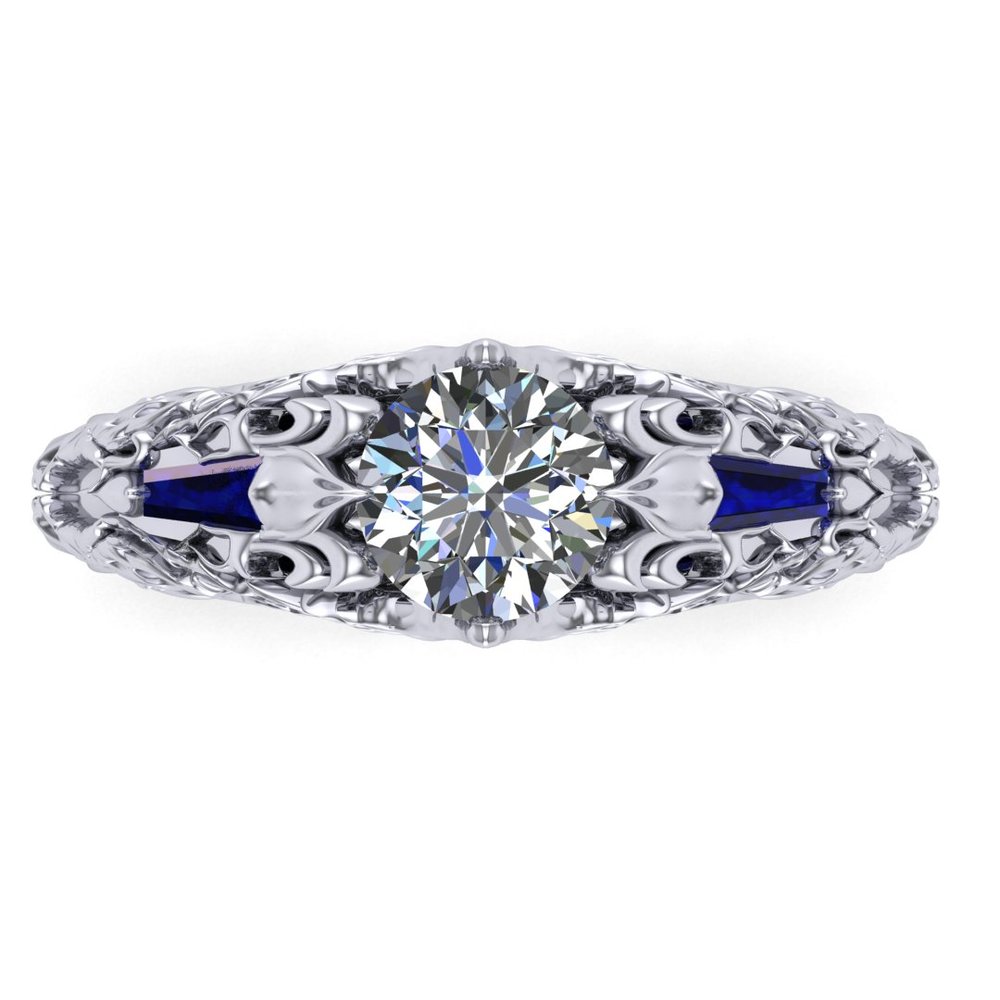 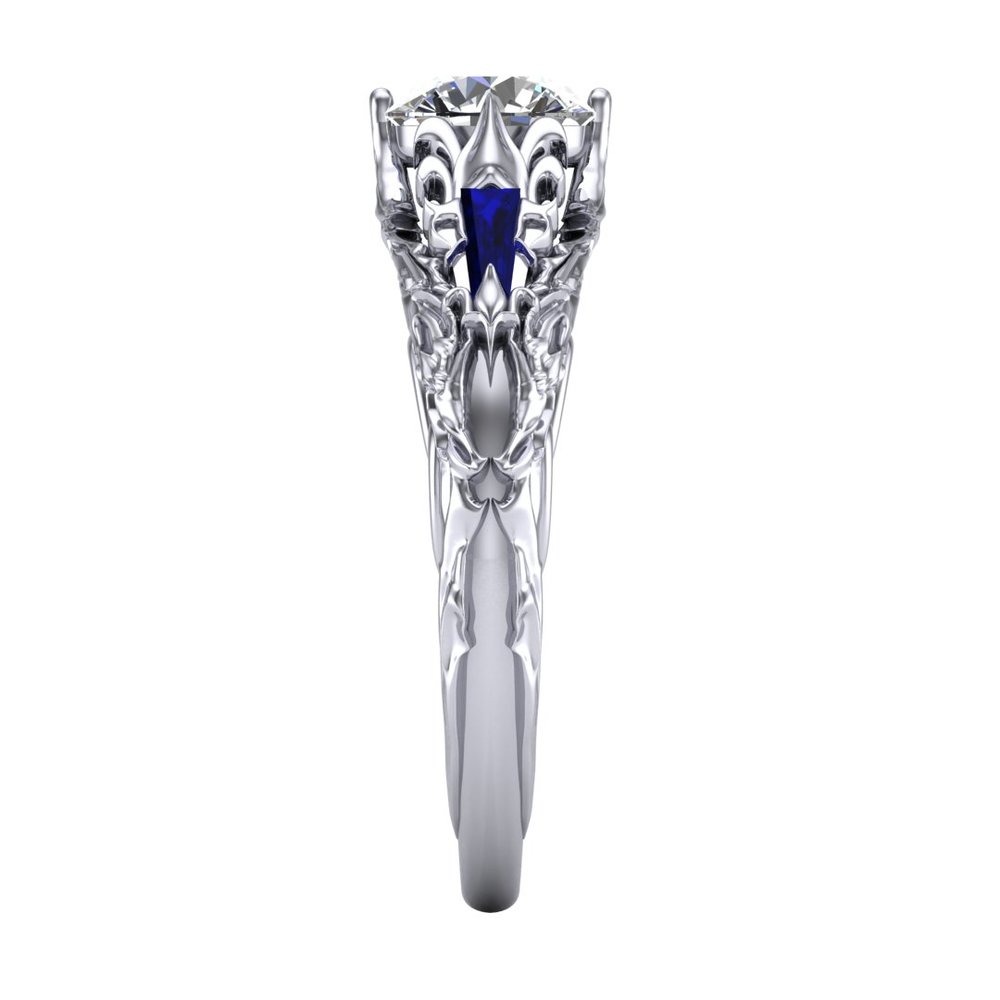 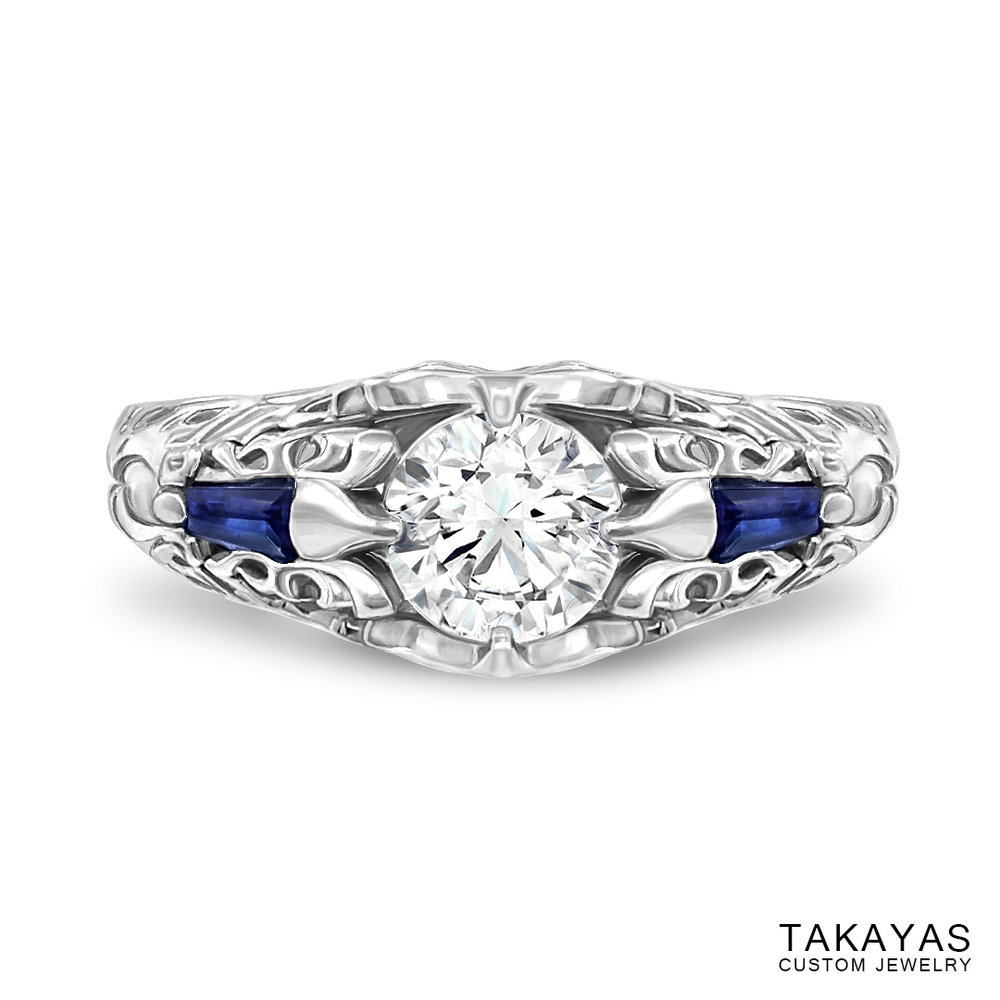 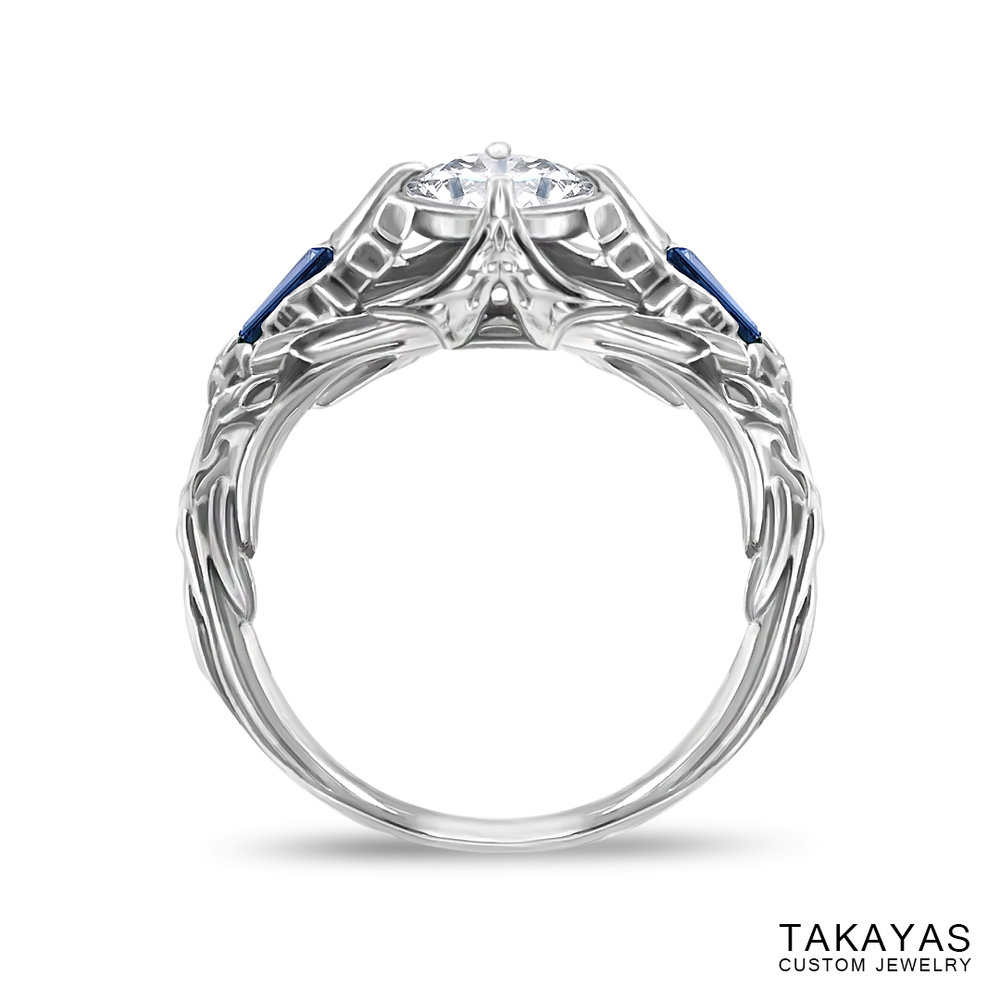 Robert/Rokx also had this to say about working with Takayas:

“As your stereotypical dude, I really have absolutely no idea about anything jewelry related. As an added bonus, I’m also terrible at verbalizing what few ideas I do have so the idea of actually trying to design a ring was terrifying. Thankfully the staff at Takayas made the process super painless.

I knew the ring would be amazing based on the previous work I had seen on the blog but the ring that was designed for Infi still blew me away. I am super happy with how this turned out and could not recommend Takayas enough!” 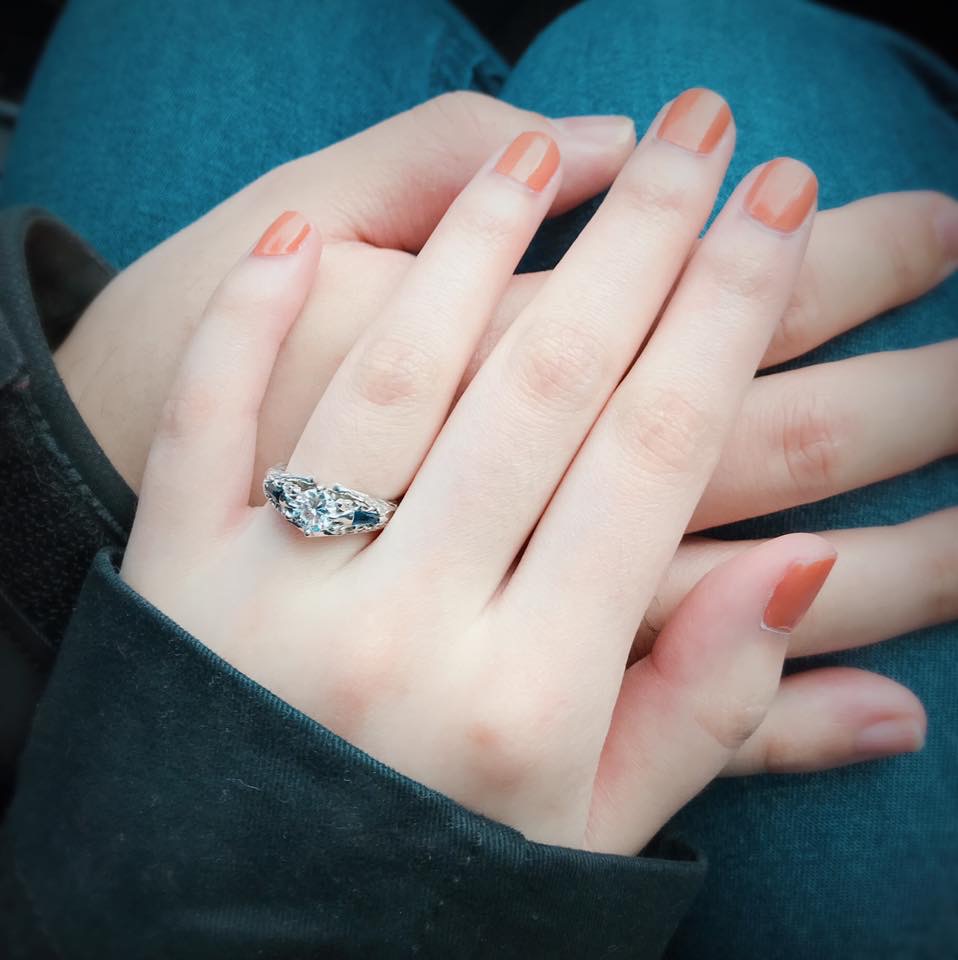 Takayas will also be making the matching wedding band to complete Infi’s FFXIV bridal set. We plan to show you that design once the happy couple has tied the knot. 😉