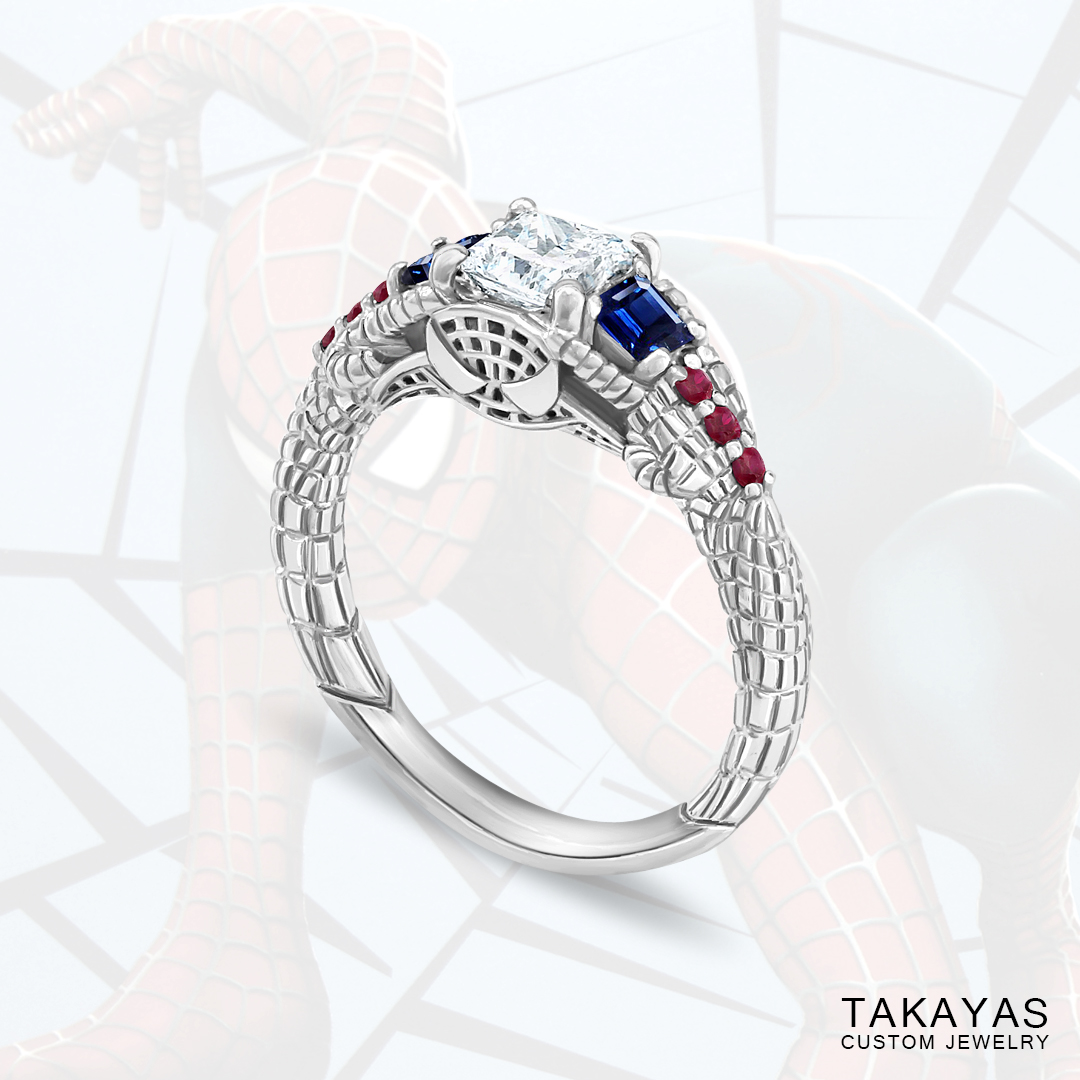 We conclude our three-part Spider-Man ring series with this lovely gemmy design! Like our Celtic Spider-Man Ring, featured in issue #2 of our blog series, this version was also inspired by our very first Spider-Man Ring…

Jason contacted us when he discovered our original Spider-Man Ring on Pinterest, wanting to know if we could create something similar for his girlfriend, Annmarie, since her favorite Marvel character just so happens to be Spidey and he was getting ready to propose.

He loved the concept of Spider-Man’s hands shooting webs toward the center stone, and wanted to keep that element in his design, along with blue and red gemstones to represent the superhero’s classic colors. 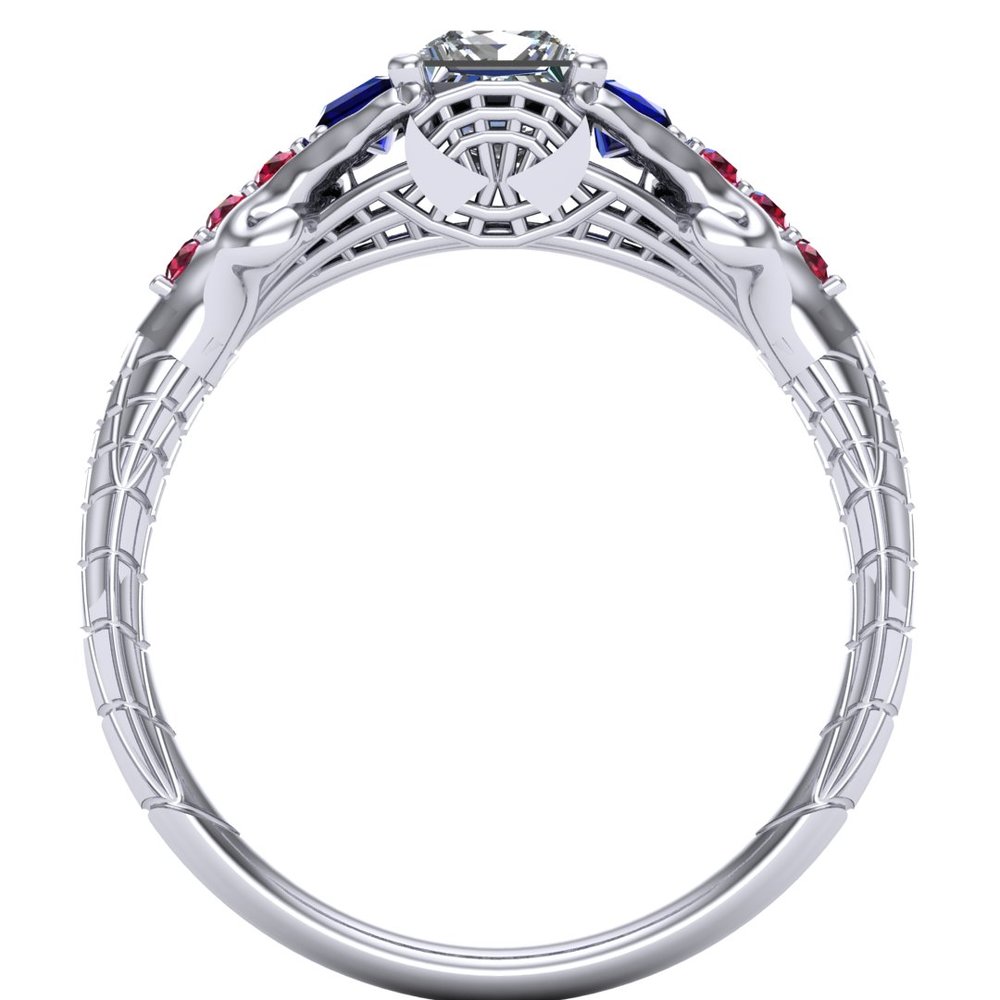 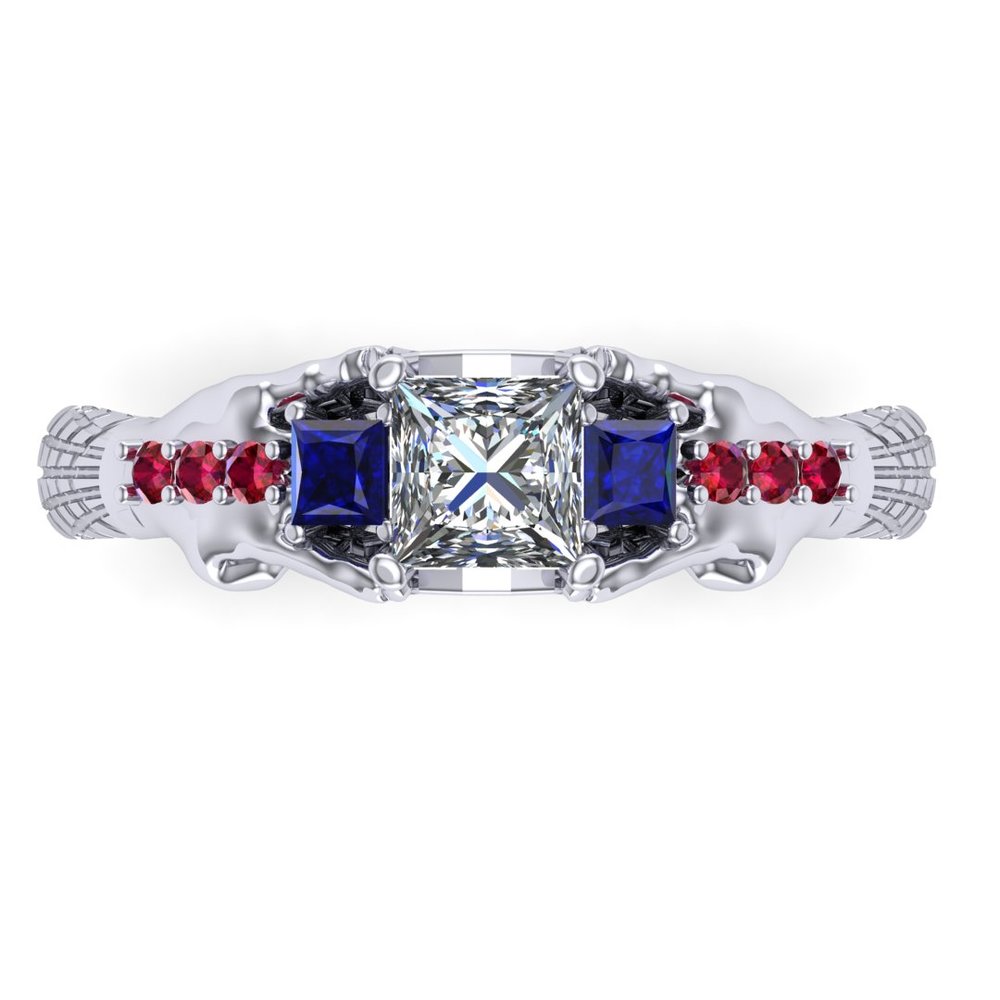 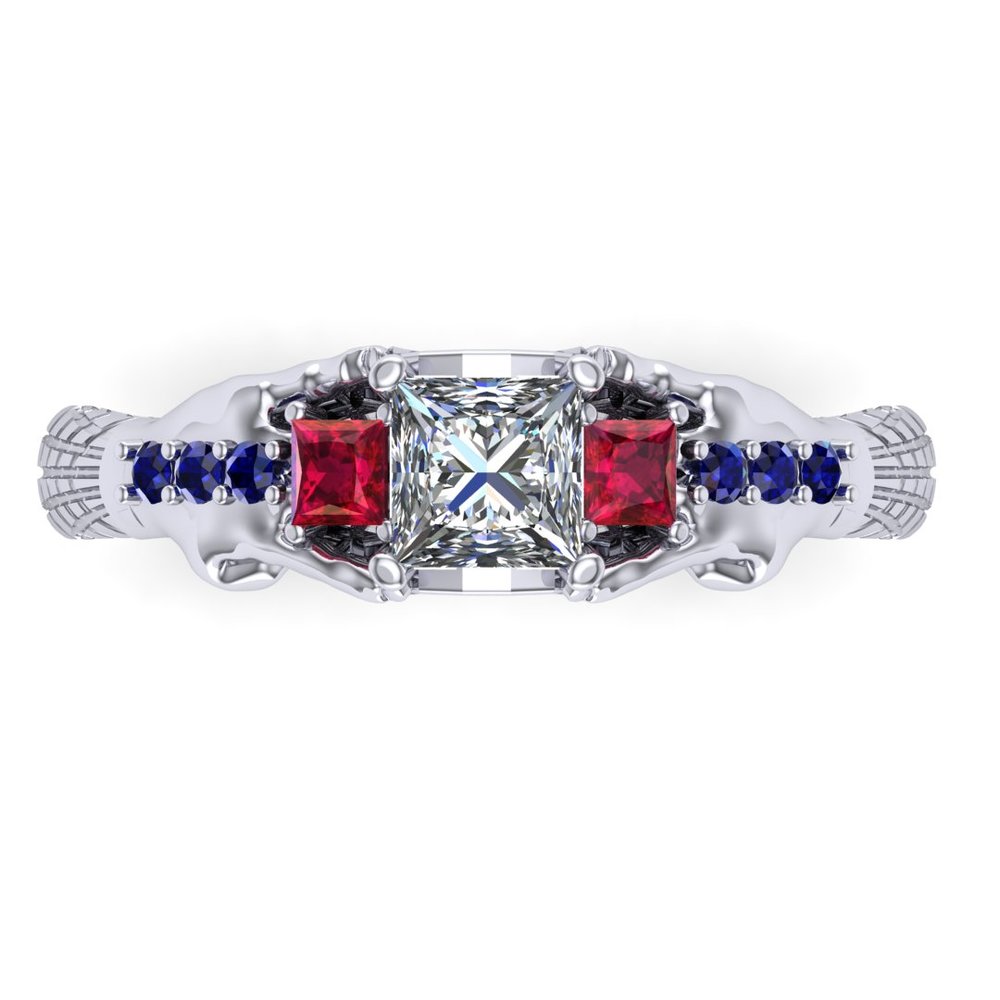 Jason gave it some thought and ultimately decided that the larger accent stones should be blue, since blue is a color that both he and Annmarie love. 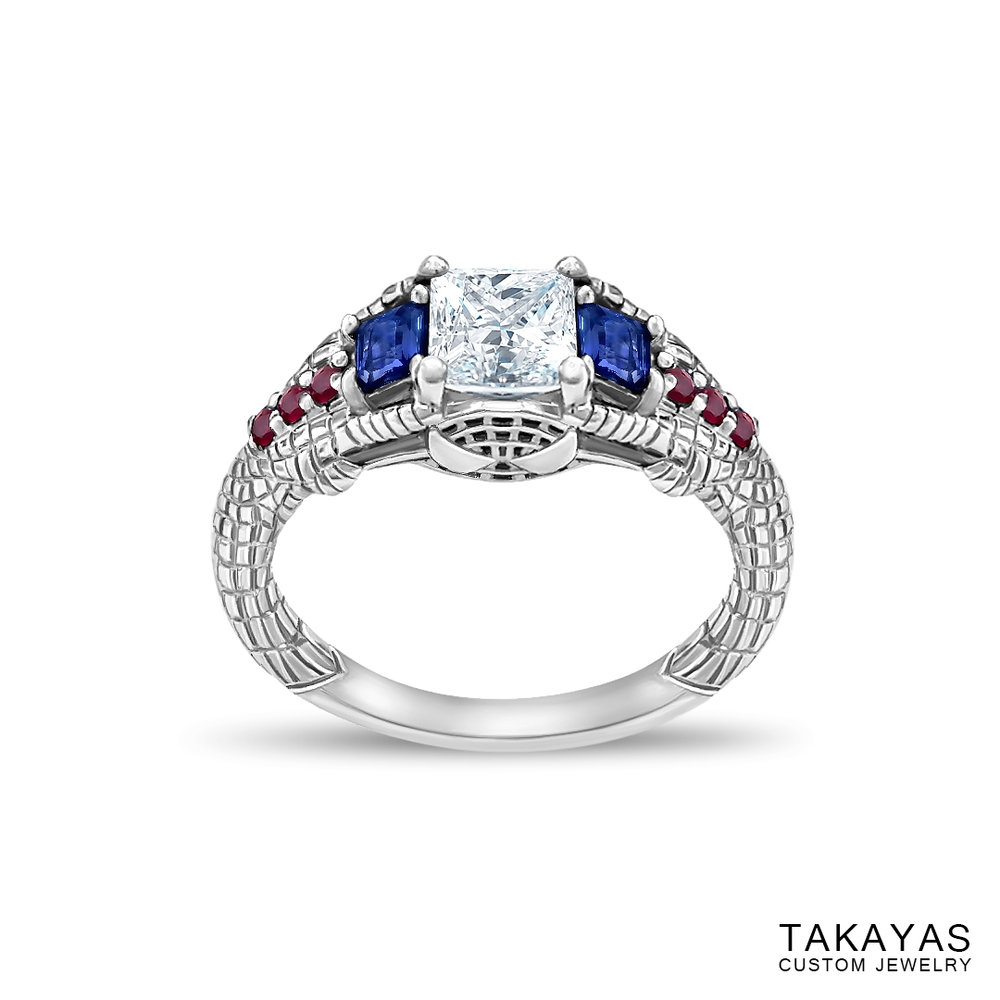 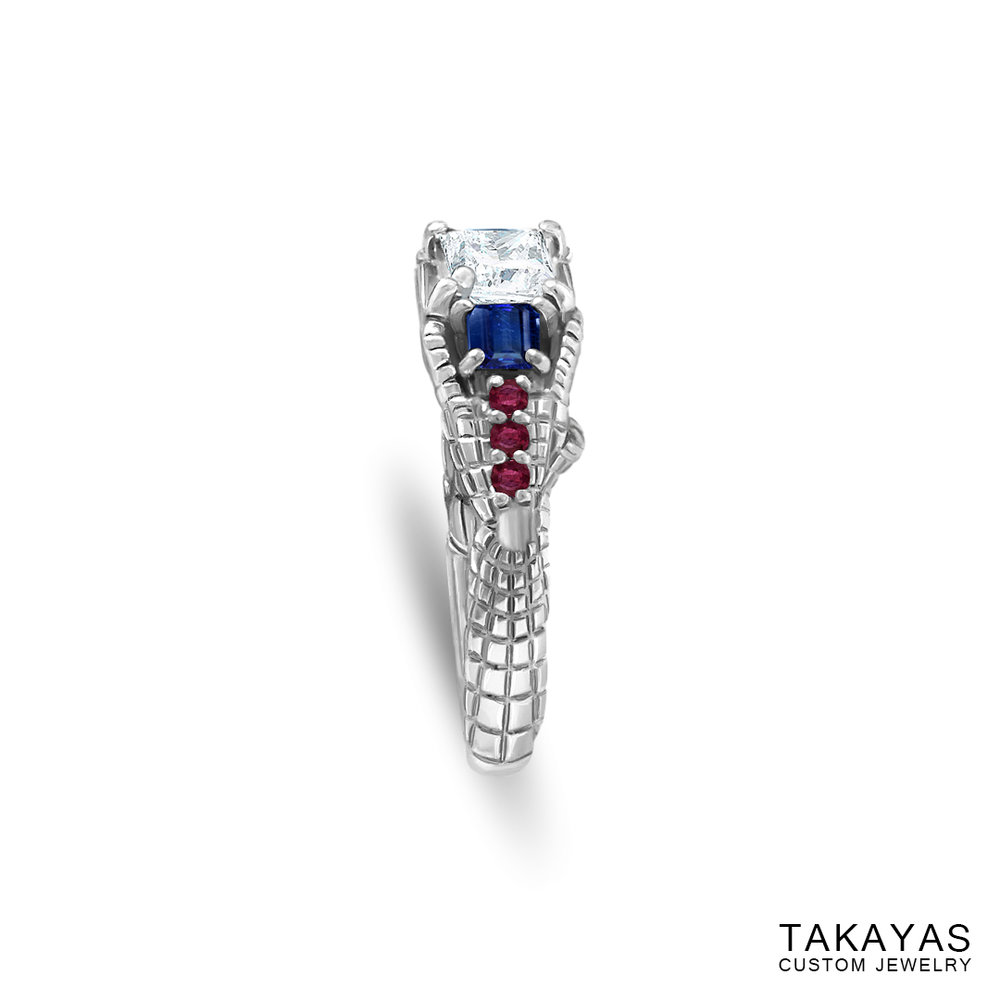 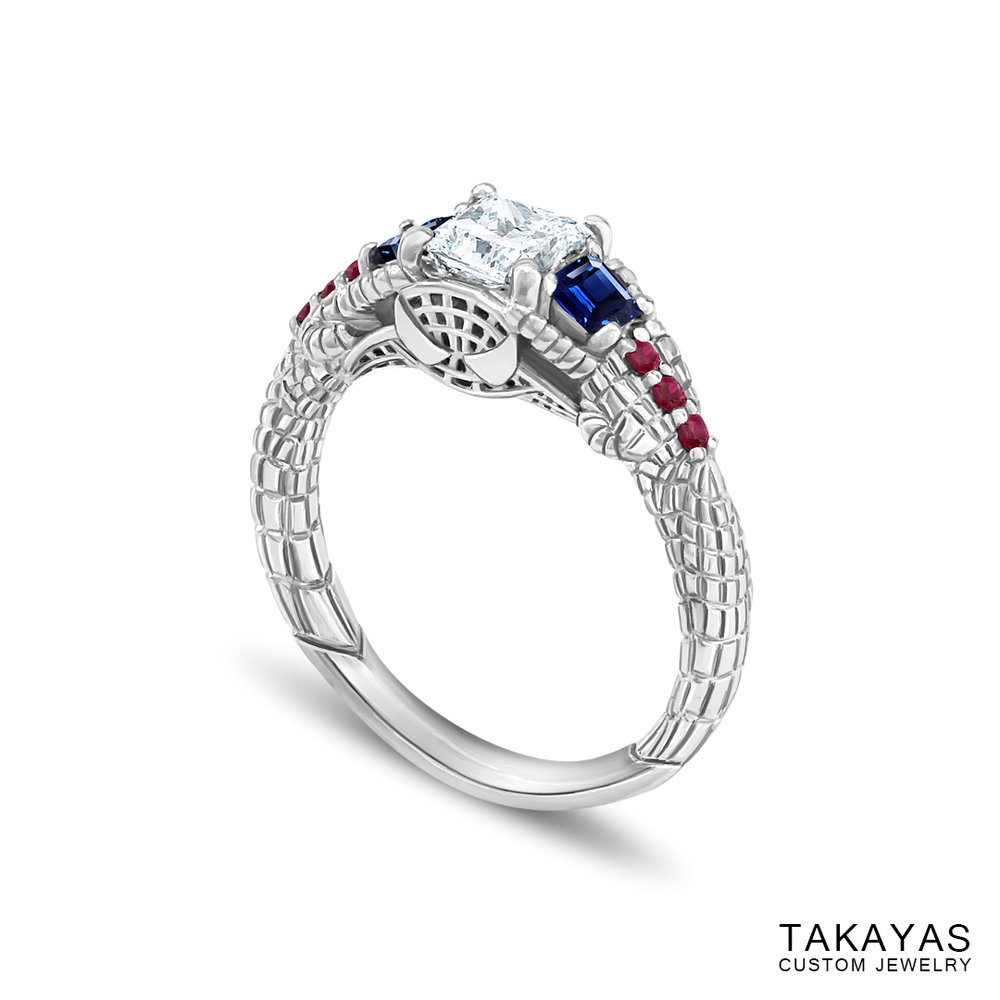 Jason decided to propose to Annmarie with her special Spidey ring while they were visiting sunny Anaheim, California for a YouTube/video creator event. (In case you hadn’t already guessed, she said “Yes!”) 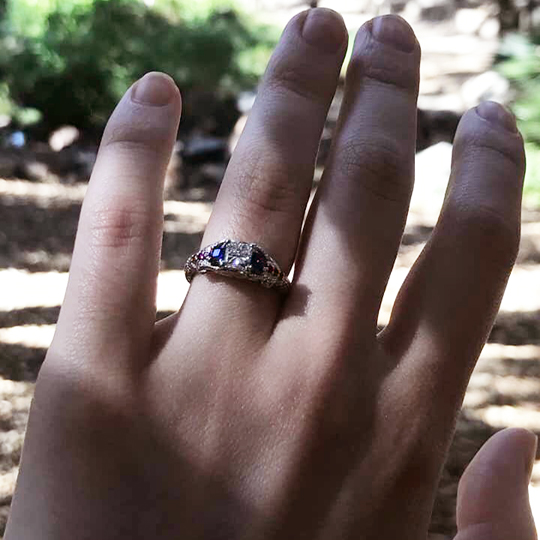 We always love hearing what the recipient of a custom commission thinks of the design that was created specifically for them, especially when it’s a surprise so, we were so happy to get this message from Annmarie:

“It’s gorgeous and looks like a pretty normal but unique ring at first glance, but the geekery is hidden in the details on the sides of the ring. It makes the ring feel that much more special knowing that we know these meaningful and geeky details are there, but anyone just glancing at it won’t immediately notice it. It creates an extra surprise for when it’s found and noticed. I’m also a sucker for symmetry and the choice of the three different stones being in three different sizes is really pleasing to look at and catches the eye, making the design stand out so much more. I haven’t been able to stop looking at and admiring the ring since he proposed.”

Jason also added his own testimonial about his experience creating this special ring with us:

We really enjoyed working with Jason too, and look forward to making this lovely couple’s unique wedding rings in the future! 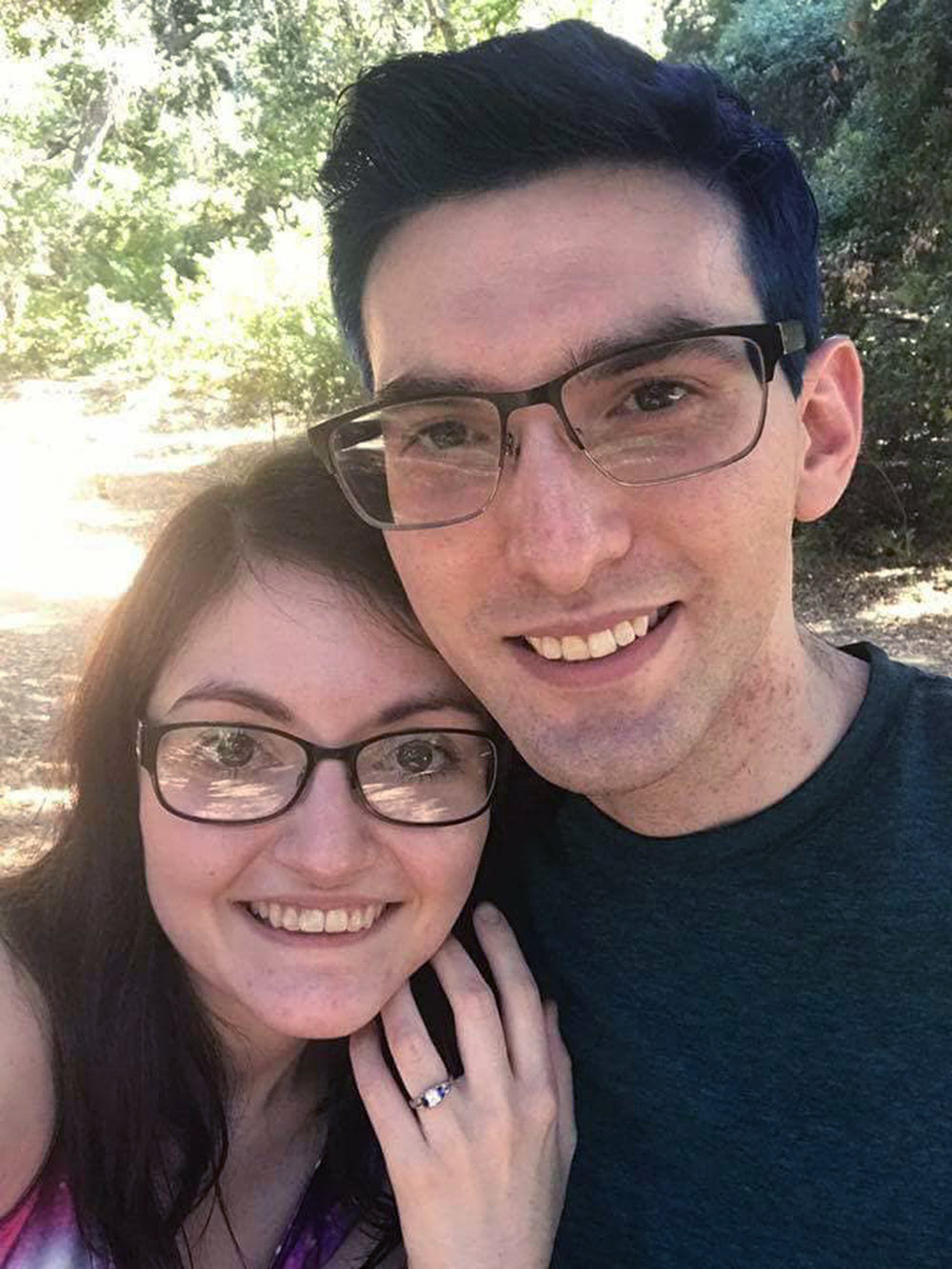