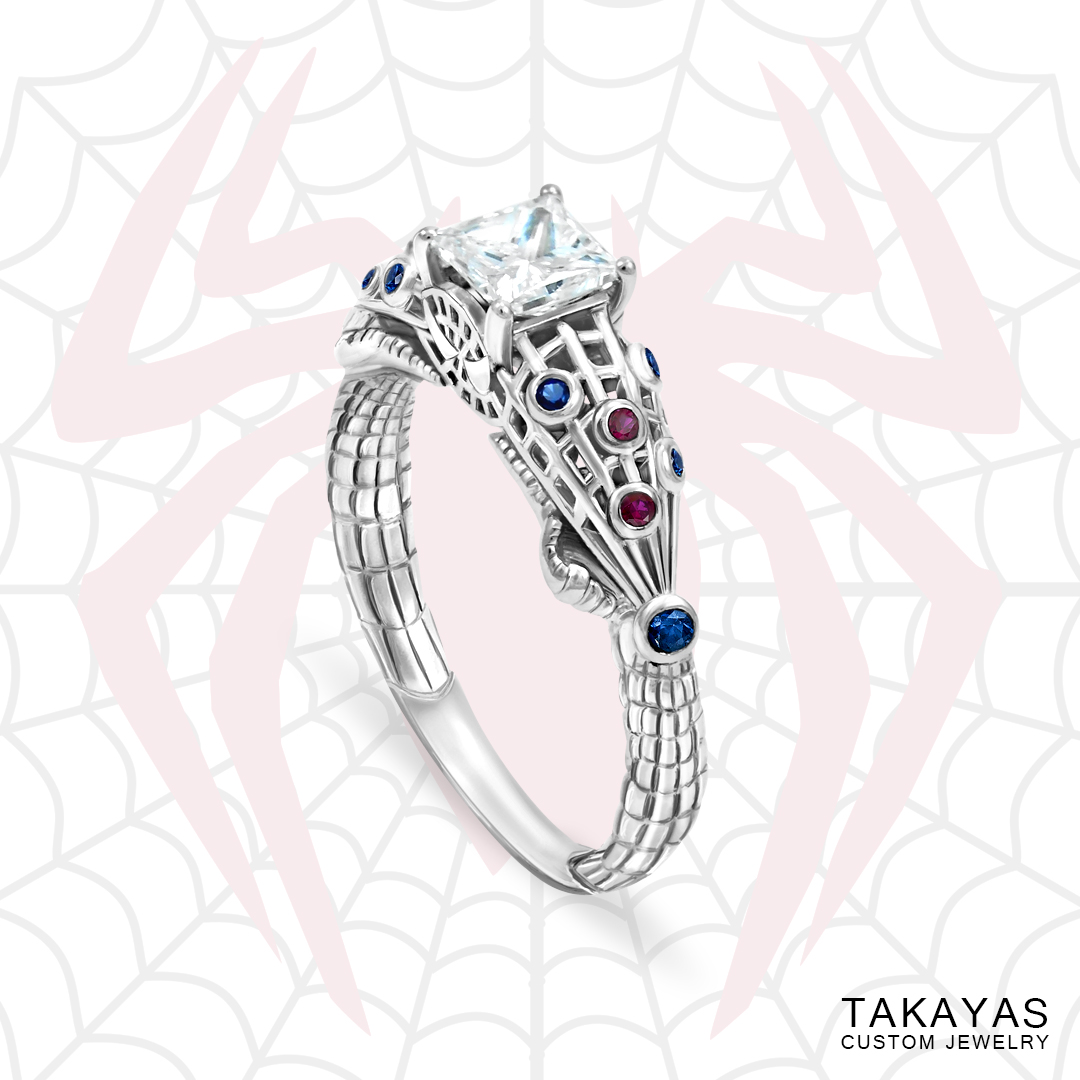 With the upcoming release of the latest Marvel movie, Spider-Man: Homecoming, we thought it would be the perfect time to share the origin story of our first custom Spider-Man inspired ring! Like the comic book character who inspired this ring, in turn, this ring has also inspired alternate versions of itself. To give a couple of our most recent remixes their own chance to shine, we are doing a short series of blog features about the creation of each unique Spider-Man ring. You are currently reading 1 of 3.

Justin contacted us with a request for a custom Spider-Man engagement ring to propose to his girlfriend, Christina, at the St. Louis Wizard World Comic Con. He was imagining Spidey’s hands holding up the center diamond, with red and blue stones caught up in the webbing, and sent us a sketch to illustrate his idea. 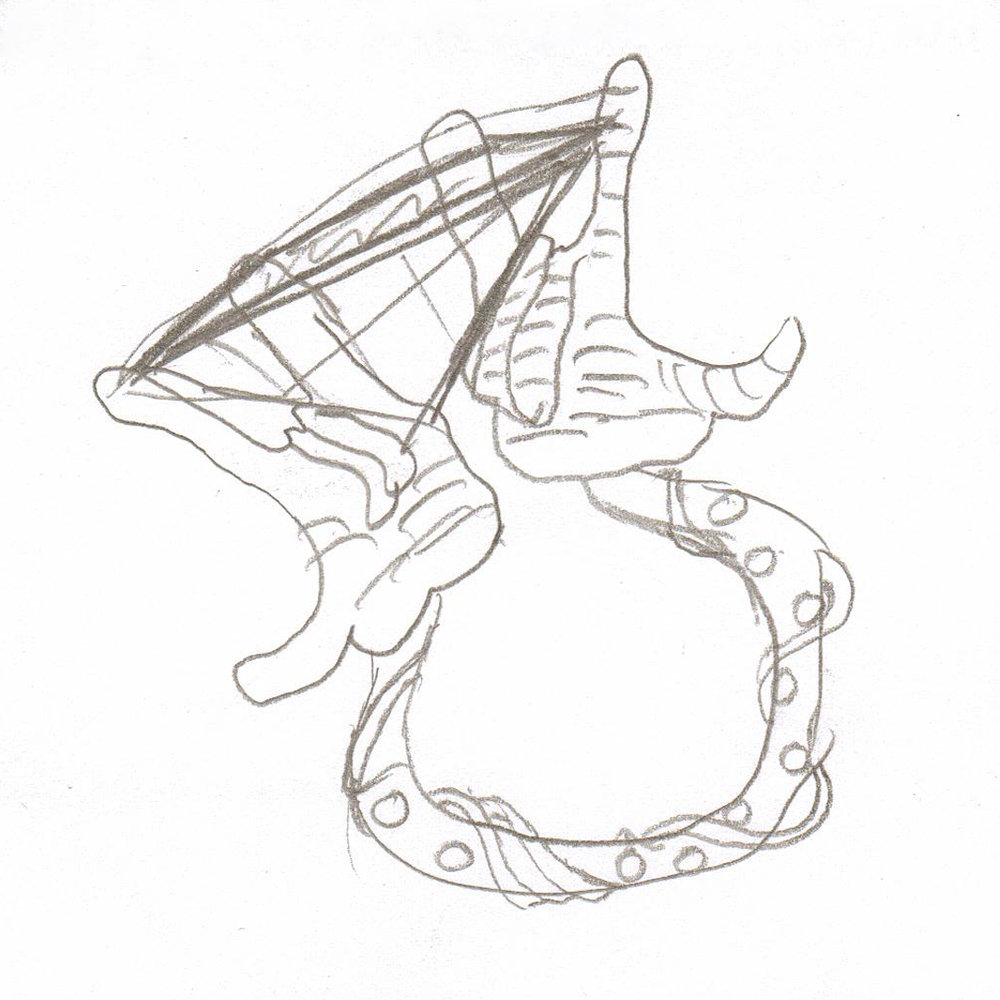 As you can see, the finished ring is quite a bit different from the sketch but, Takayas managed to capture Justin’s fantastic concept in a real-world ring design.

Working with Justin’s sketch as inspiration, Takayas flipped Spider-Man’s hands so the webbing would appear to shoot out of his wrists, up toward the center of the ring, to hold the diamond in place. The small red and blue stones would still be held in the webbing, although now on the shoulders of the ring rather than set into the shank.

Once this change was made, it seemed natural that the shank would become Spidey’s arms, engraved with the iconic hero’s costume pattern. Takayas was able to include the larger engraved lines in the CAD design, but the fine lines of the hands were, appropriately, hand-engraved after the parts of the ring were cast. Takayas also added a final hidden detail: Spider-Man’s logo in the under-gallery of the ring! 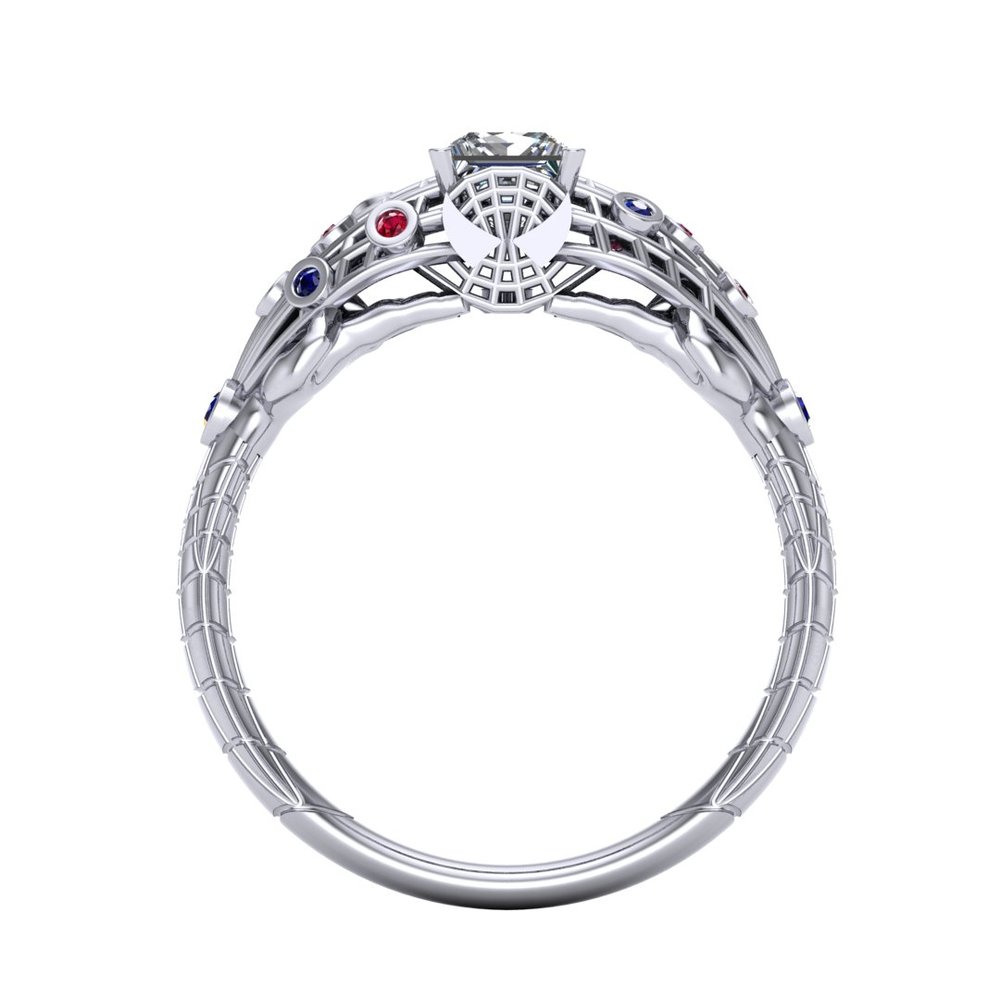 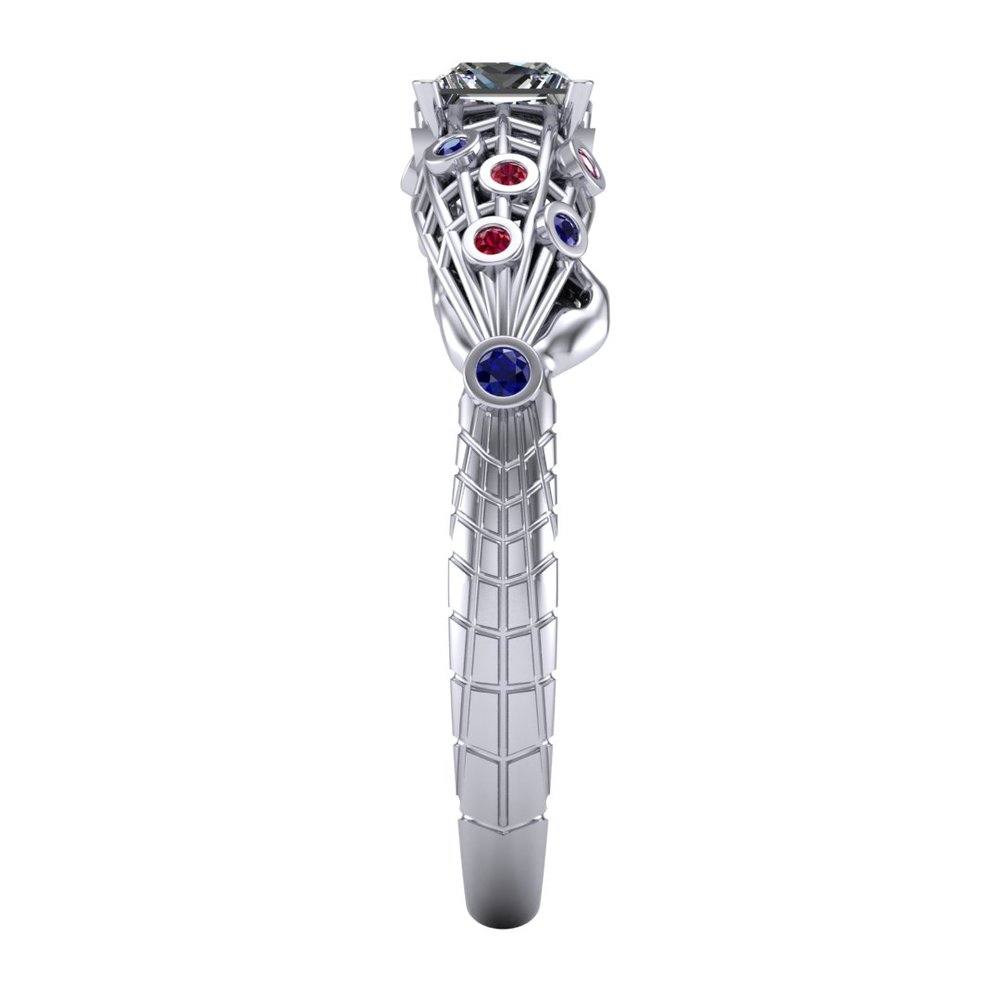 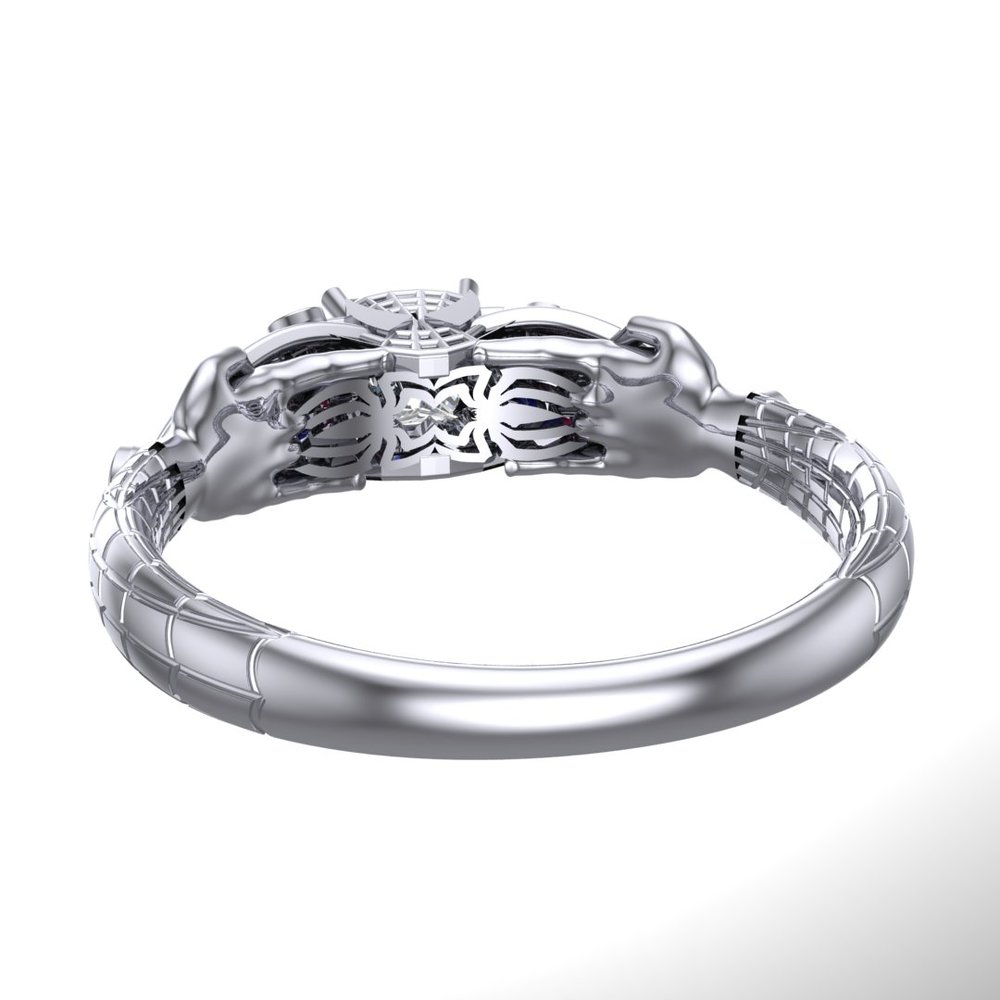 When we sent Justin the CAD renders of his ring for approval, this was his response:

“Holy Crap that looks fabulous!!! I looked it over and over and over to see if there was anything that I would like to change but there isn’t. I love the way this looks right now. Love the Spider-Man logo as the under gallery. I would like to see the webbing on the hands. I understand that it’s fine lines and you weren’t able to get those in the pics. But it looks great. Can’t wait for the next step!” 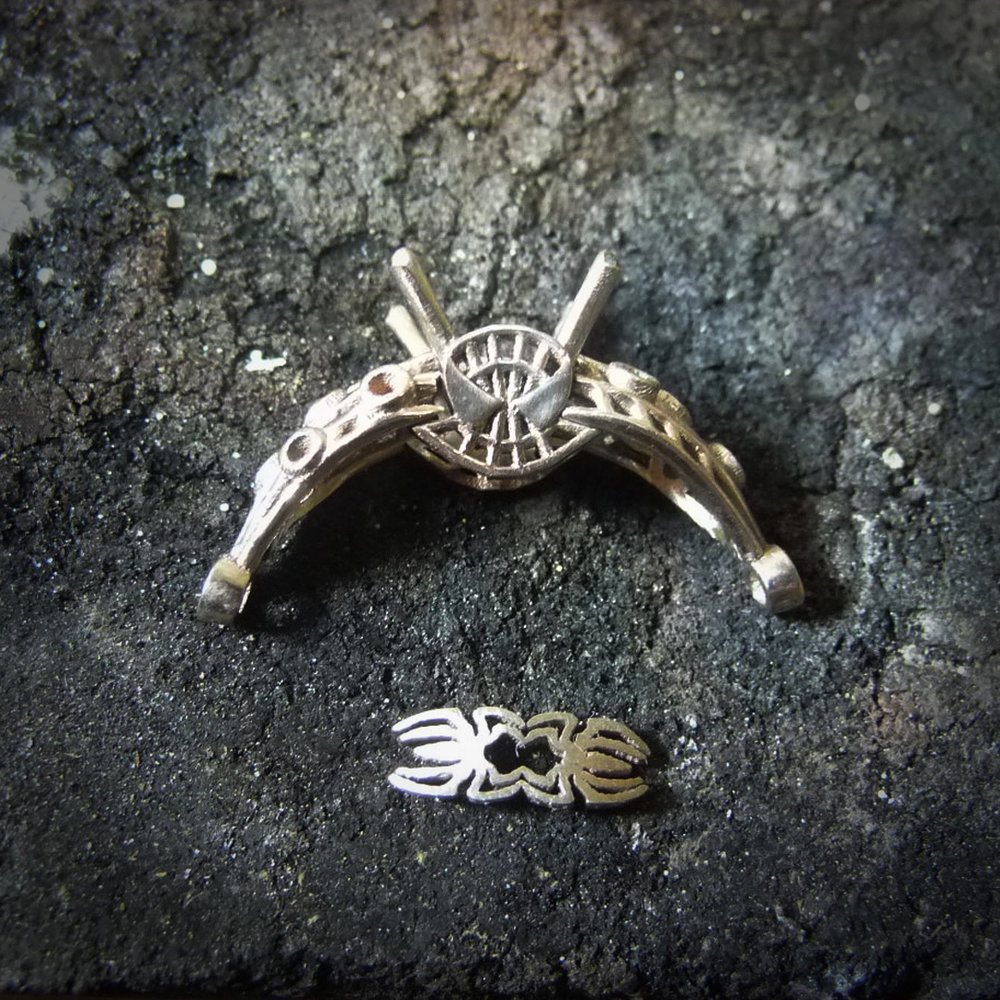 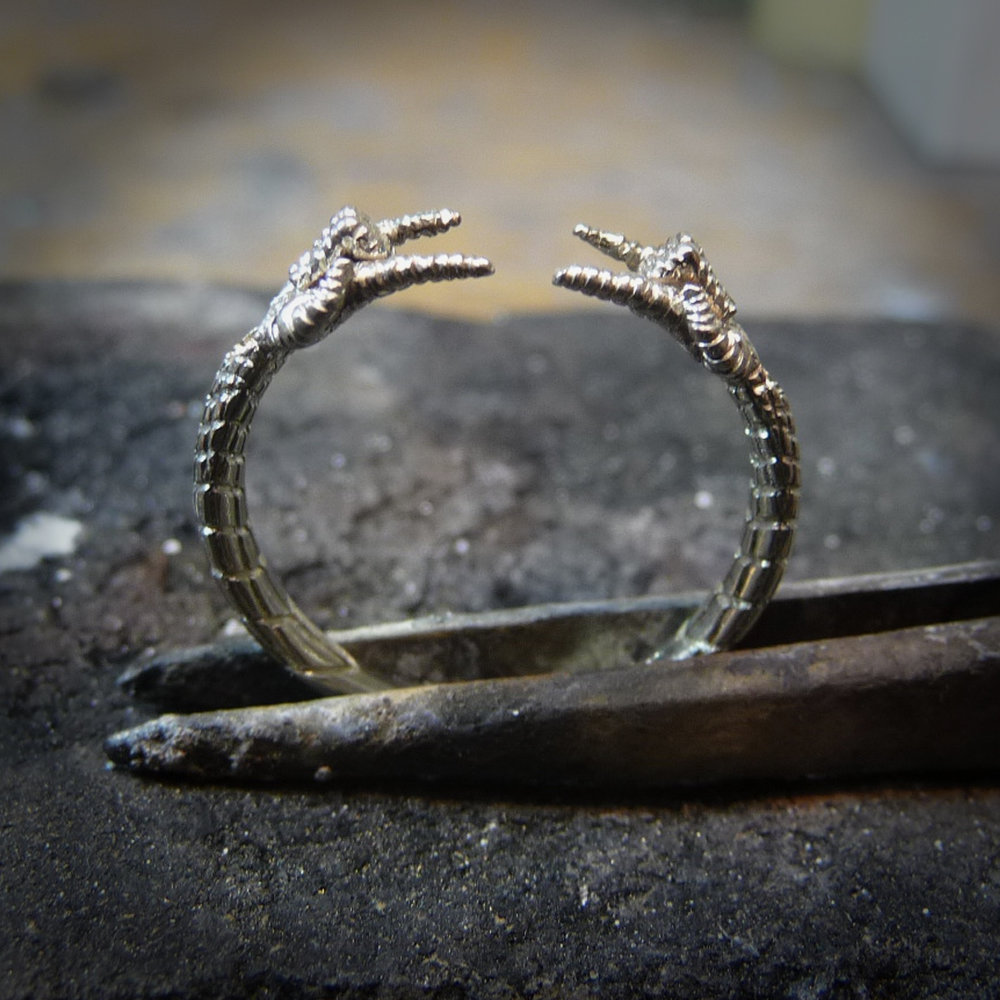 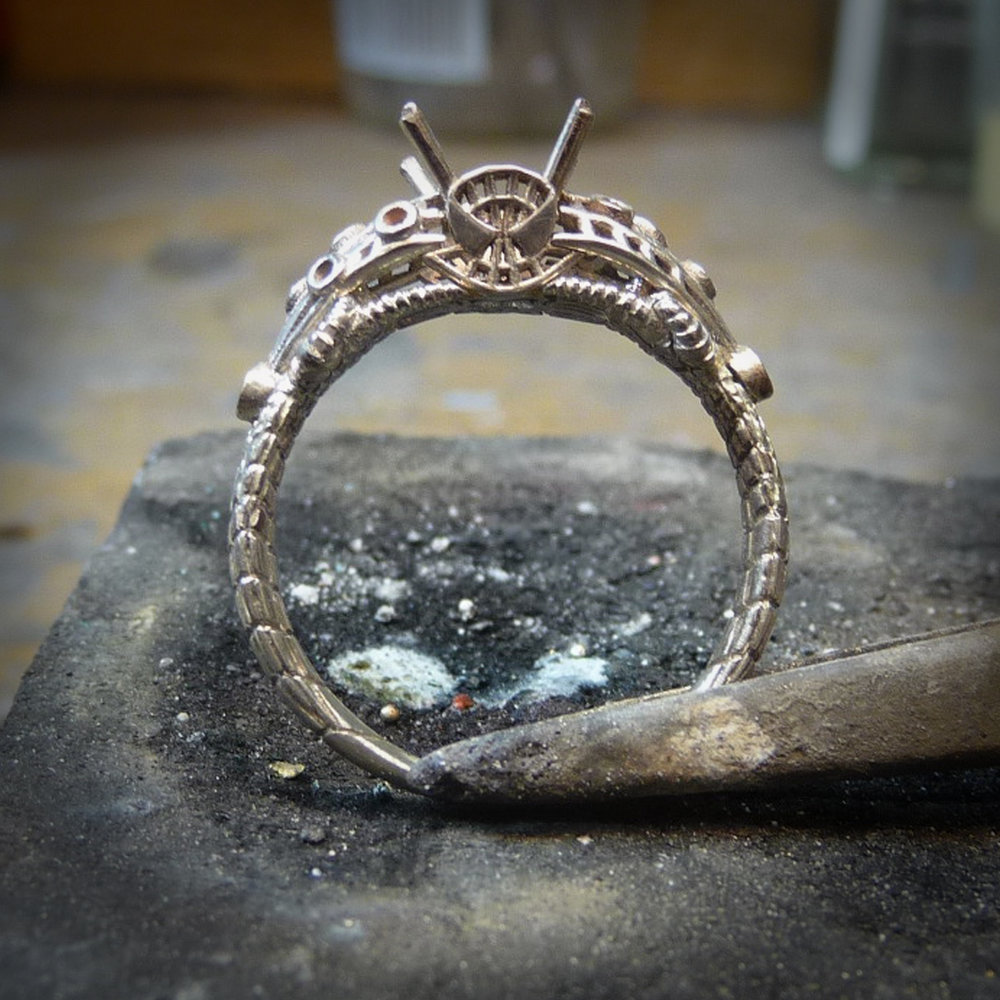 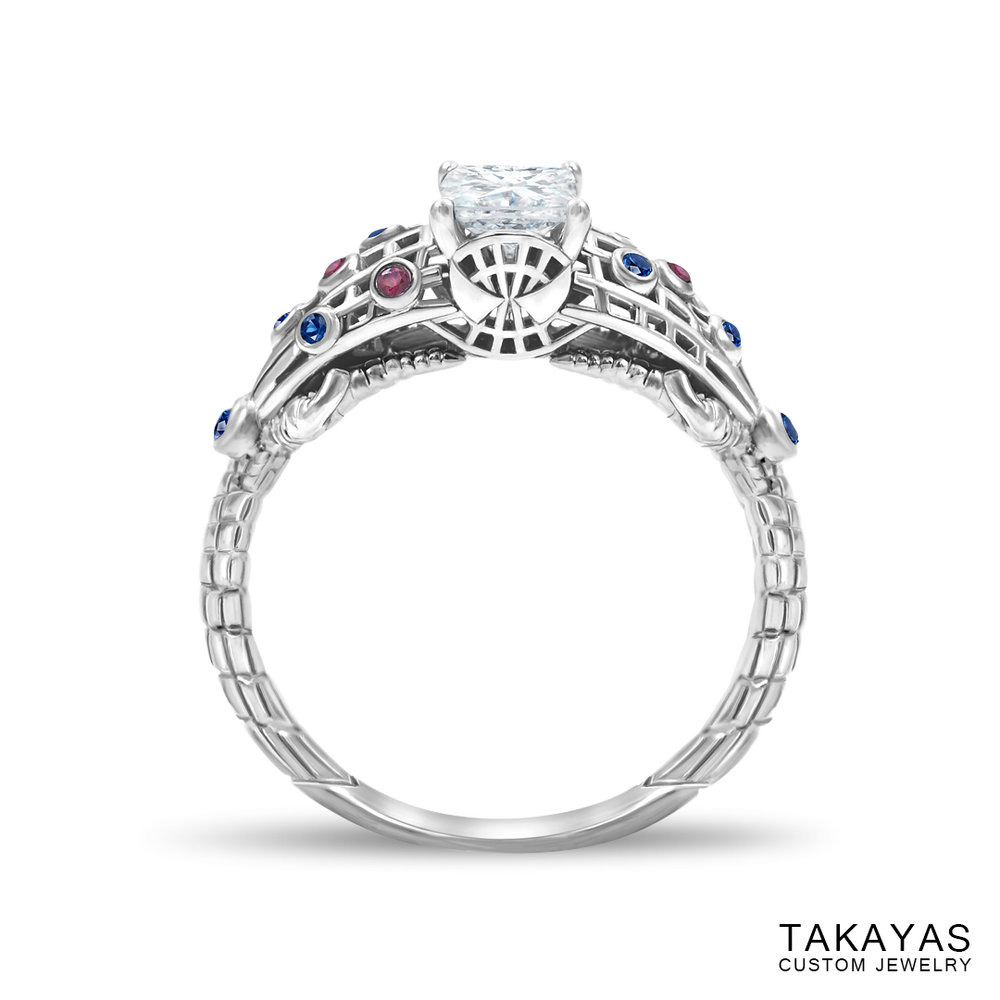 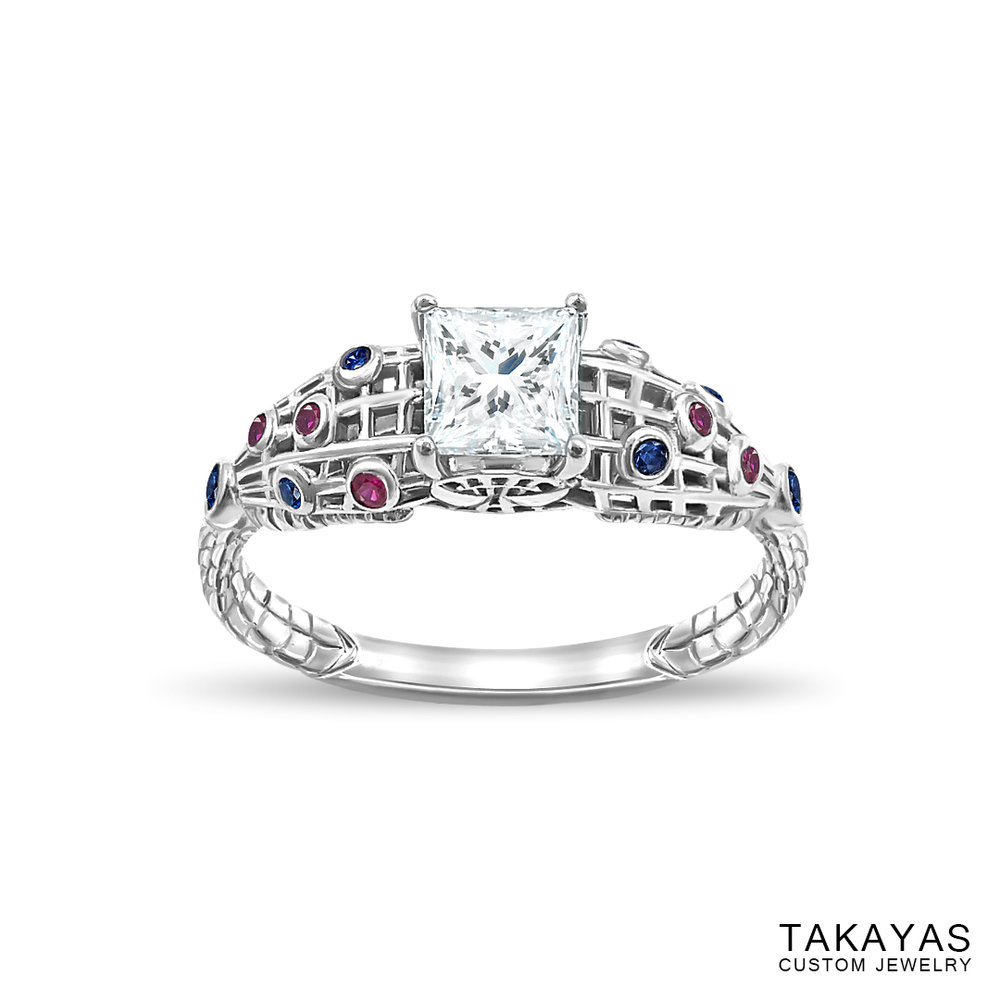 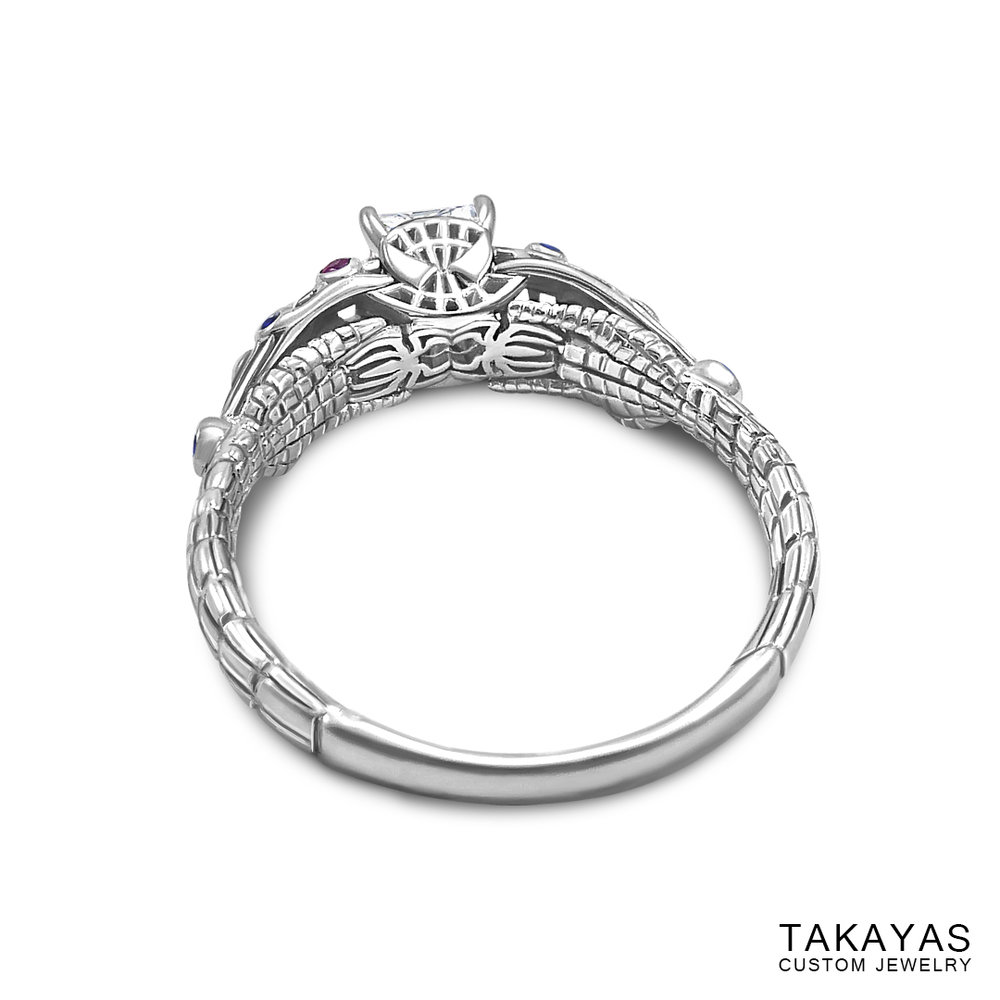 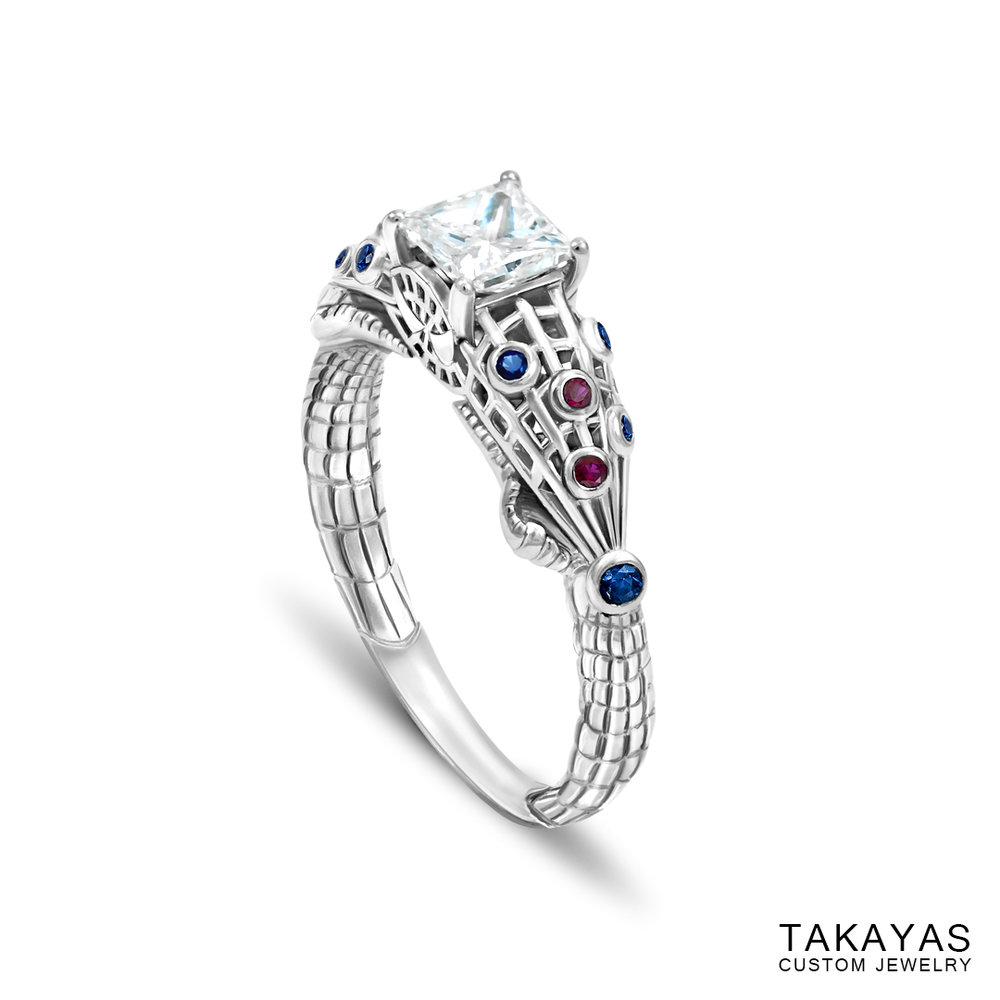 While Takayas was finishing up the ring, Justin went on the hunt for the perfect ring box to present his unique Spider-Man engagement ring to Christina. (We do provide a nice dark wood ring box with our custom rings, but he wanted something extra special!) He ultimately found a hand-sculpted Spider-Man bust ring box that perfectly complemented his Spidey theme.Everything came together perfectly! Justin proposed to Christina at Comic Con, as planned, in front of Stan Lee himself!! The creator of Spider-Man even signed a paper for them, saying “Approved by Stan Lee”. How cool is that?! 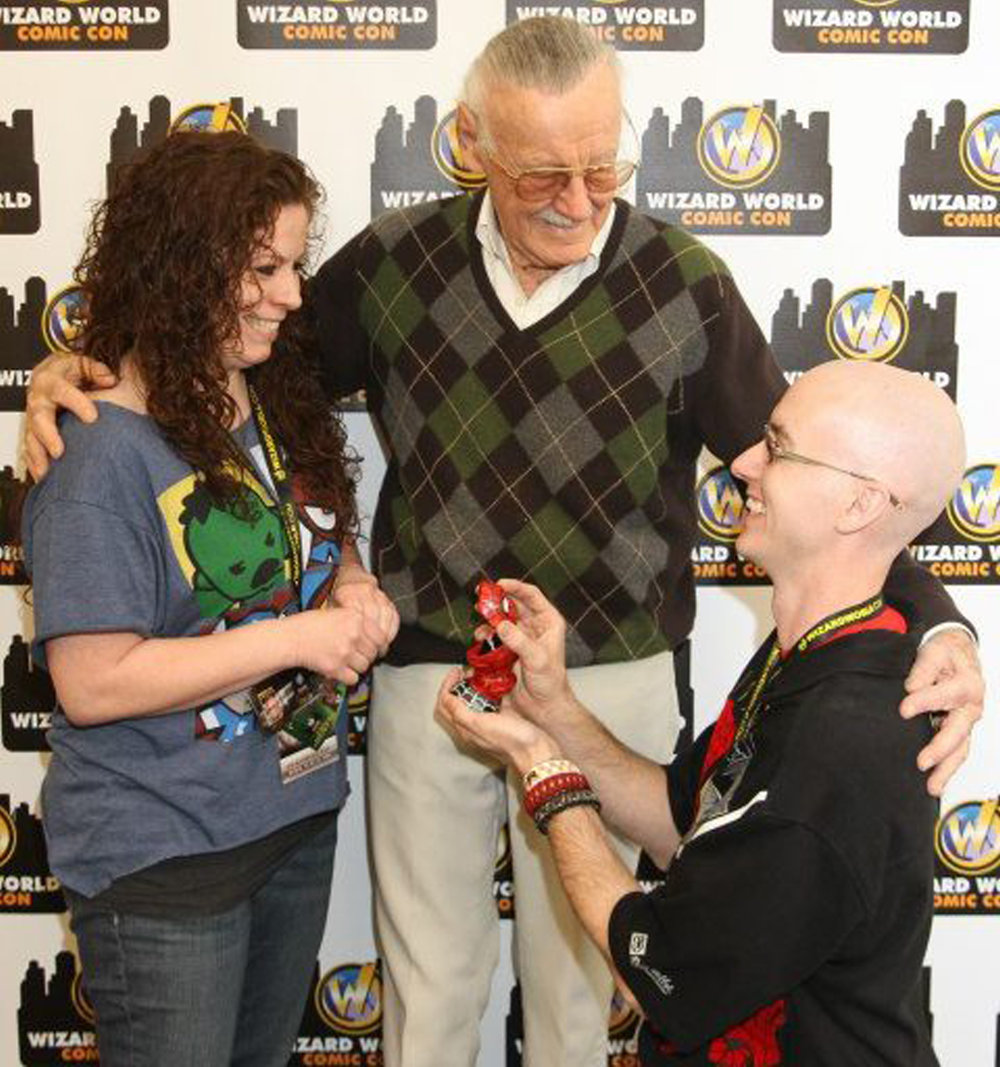 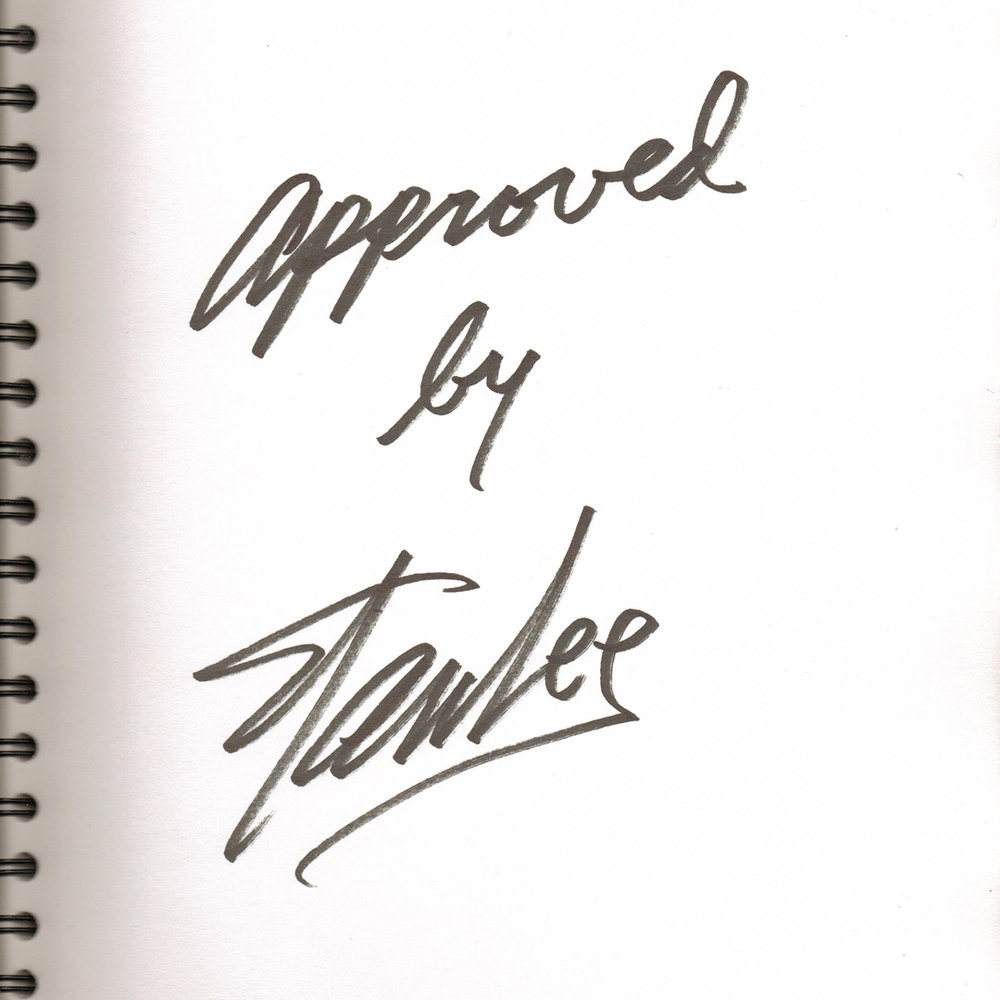 “Approved by Stan Lee” signature, given to Justin and Christina upon their engagement

Of course, we also wanted to make sure Christina approved of the ring so, we asked Justin what she thought. His response? “She didn’t like the ring….She loves it!” 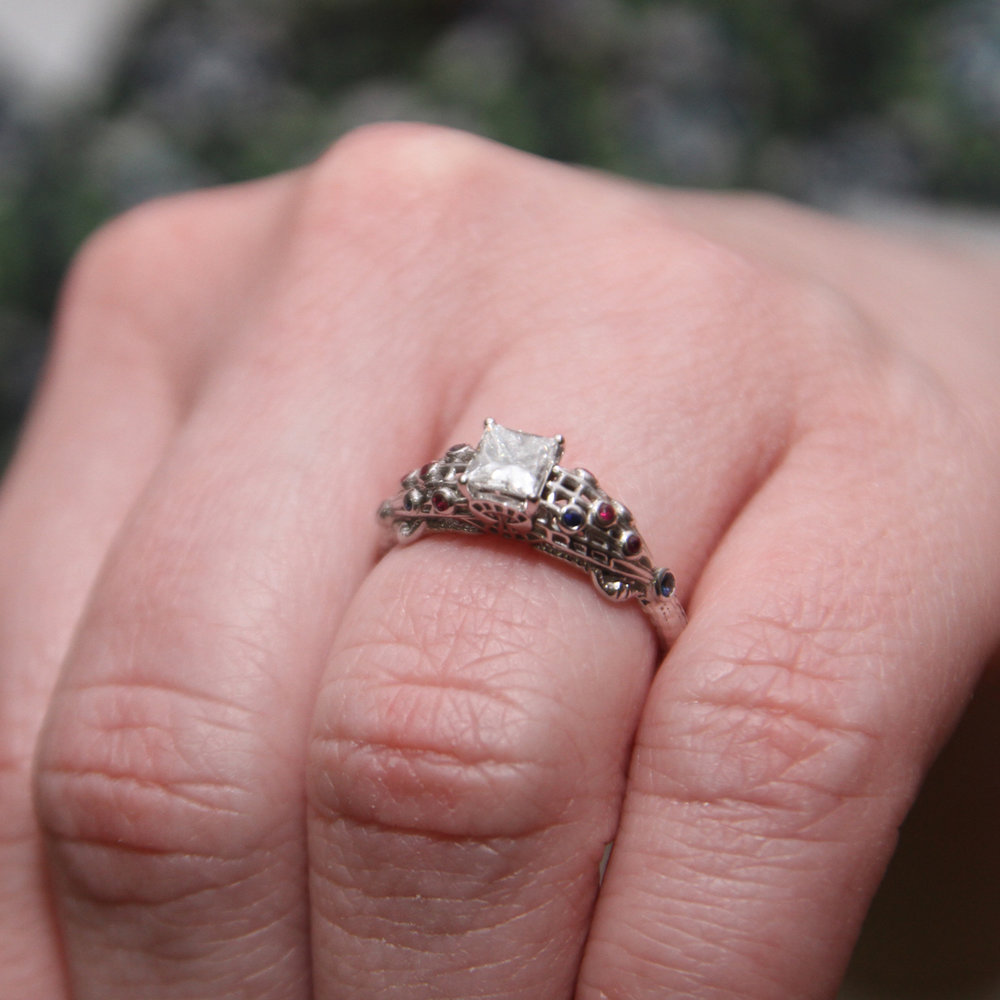 We’re glad both Justin and Christina (and Stan!) loved their special Spider-Man engagement ring, and wish the couple an amazing life together!