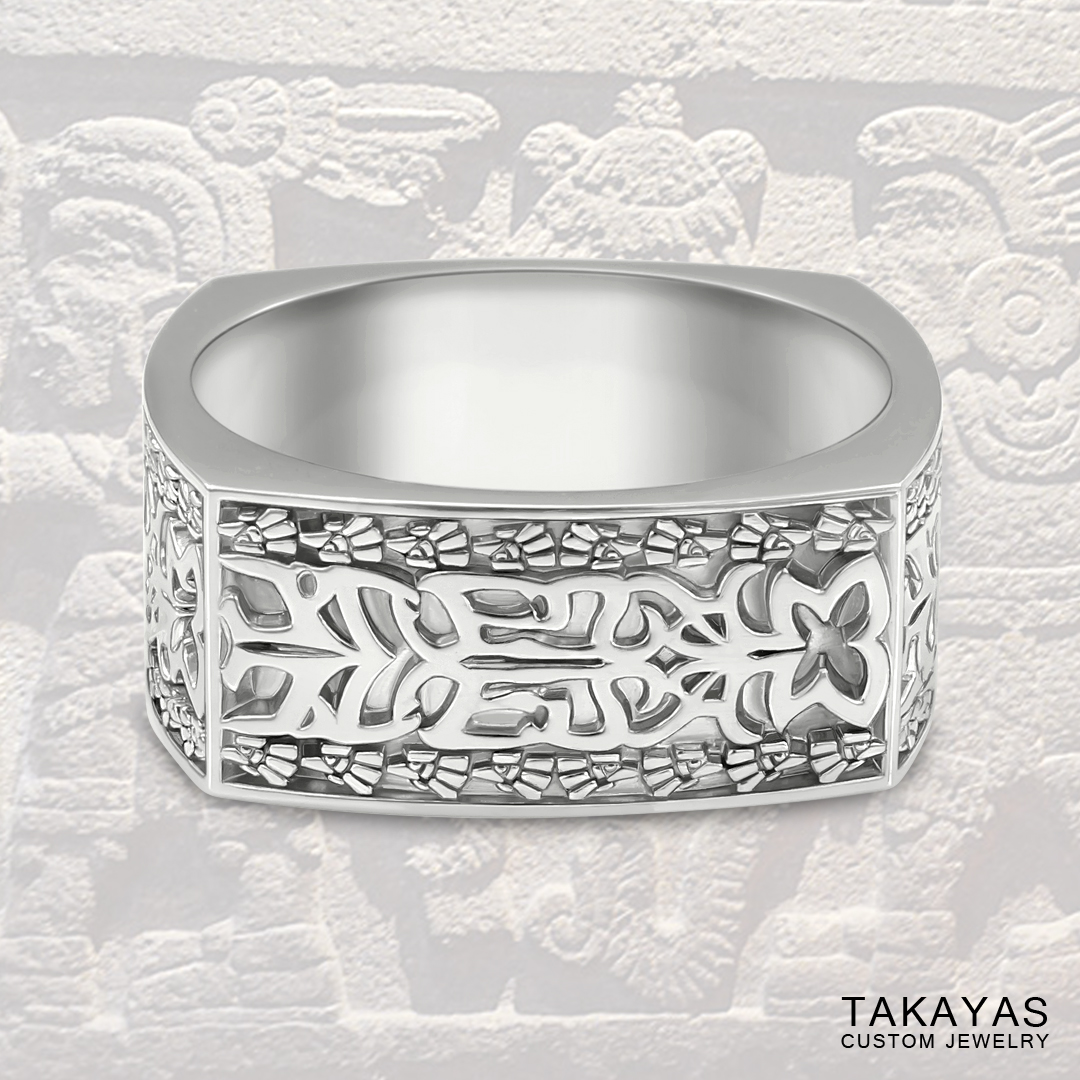 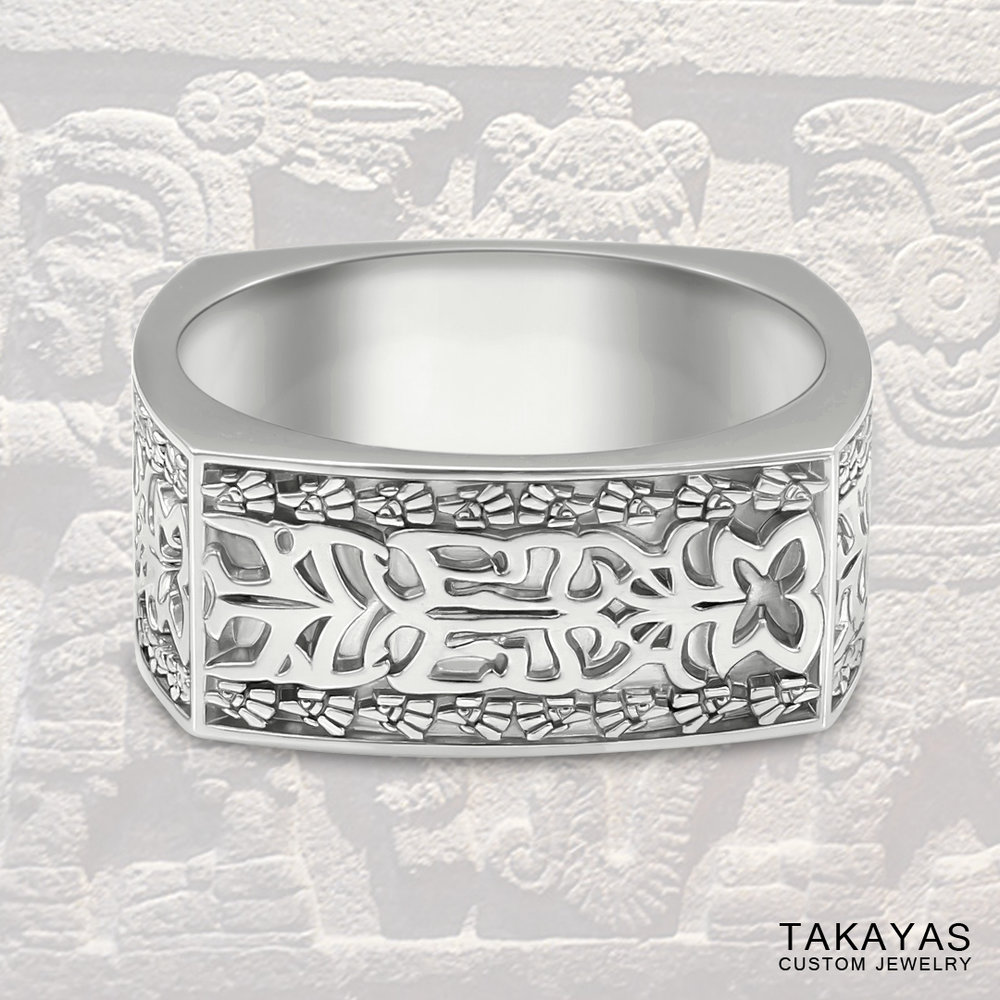 When Jose Luis contacted Takayas to create a unique wedding band for himself, he knew he wanted it to be a square style but, other than that, he was open to design suggestions. He already owned a square ring that was very comfortable so, since he and his fiancée Susan lived in Los Angeles, they decided to visit our office to show Takayas the square ring and discuss the design of his custom wedding band in person.

During the meeting, Takayas suggested incorporating the couples’ initials (JLE and SAW) into the band’s design. They loved this idea and decided to take a little time to brainstorm additional concepts that they would like Takayas to work with. A few days later, Jose Luis and Susan emailed us inspiration images of an Aztec stone carving and the Hecho en Mexico eagle. 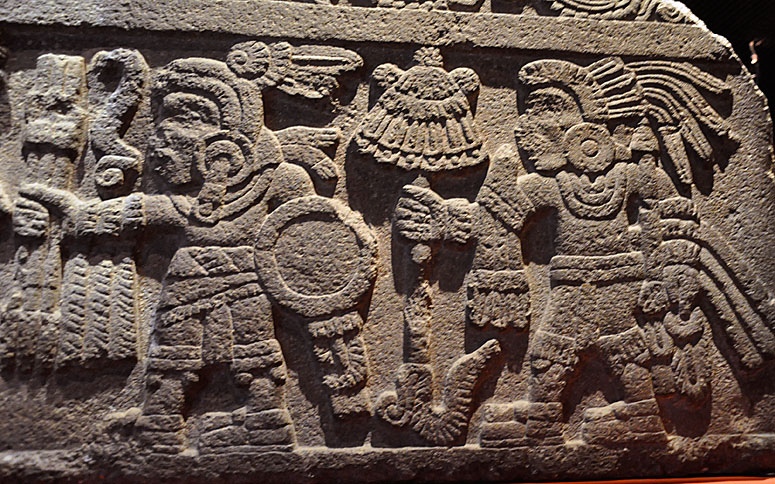 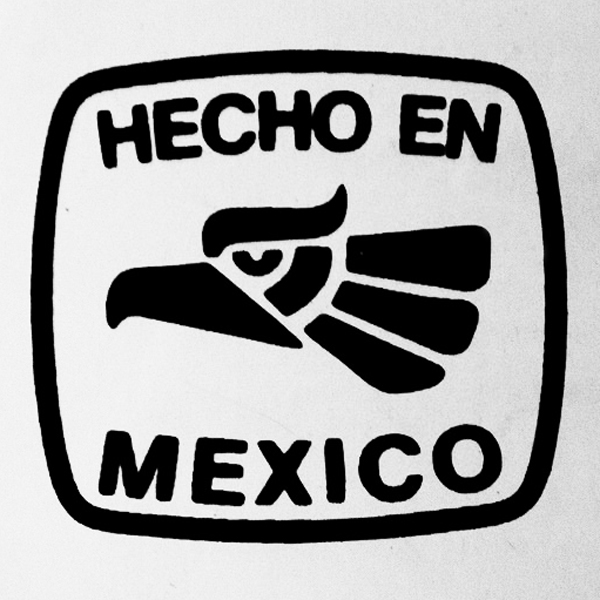 Based on these inspiration images, Takayas decided to create a pattern on the ring that would bring to mind a detailed Aztec stone carving. The central element of the pattern, which is repeated on each side of the square ring, is actually their initials! He created stylized letters and then mirrored them to create a unique pattern.

To finish the pattern, Takayas added nine tiny eagle heads on either side of the initials, also mirror reversed for continuity. 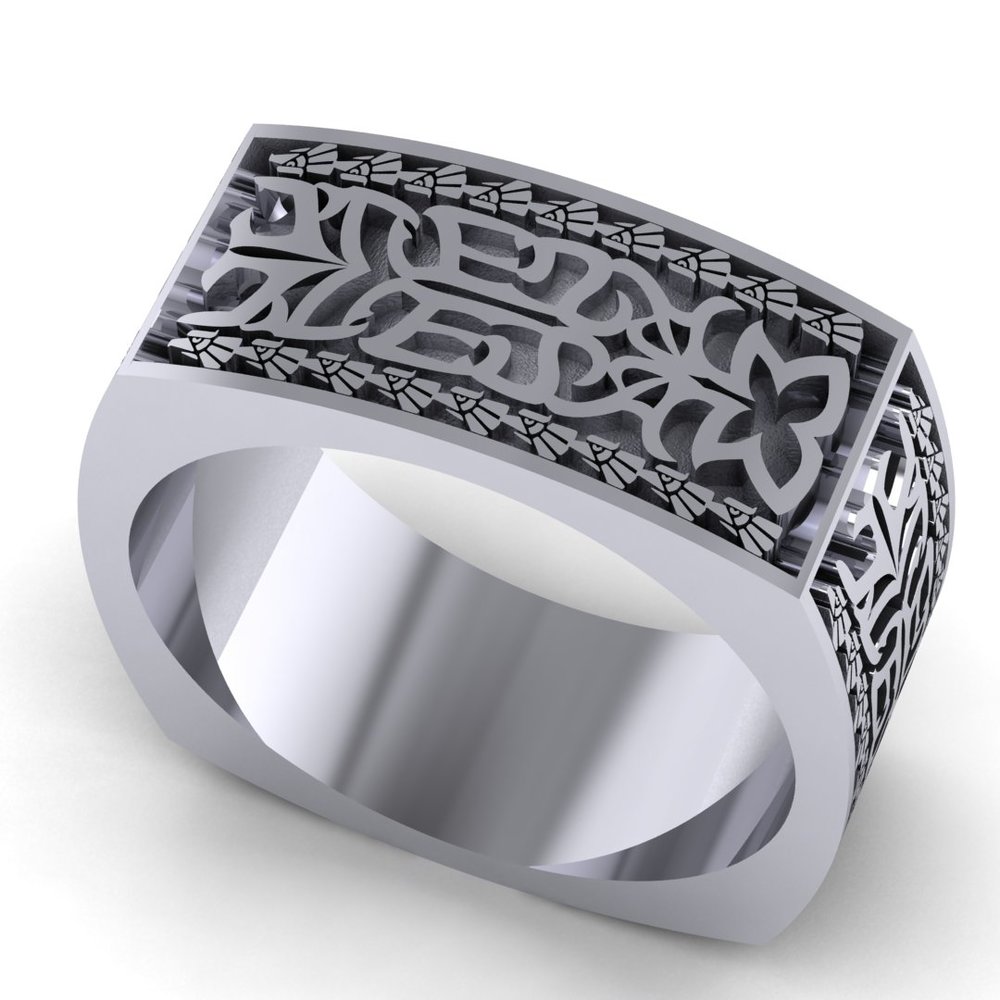 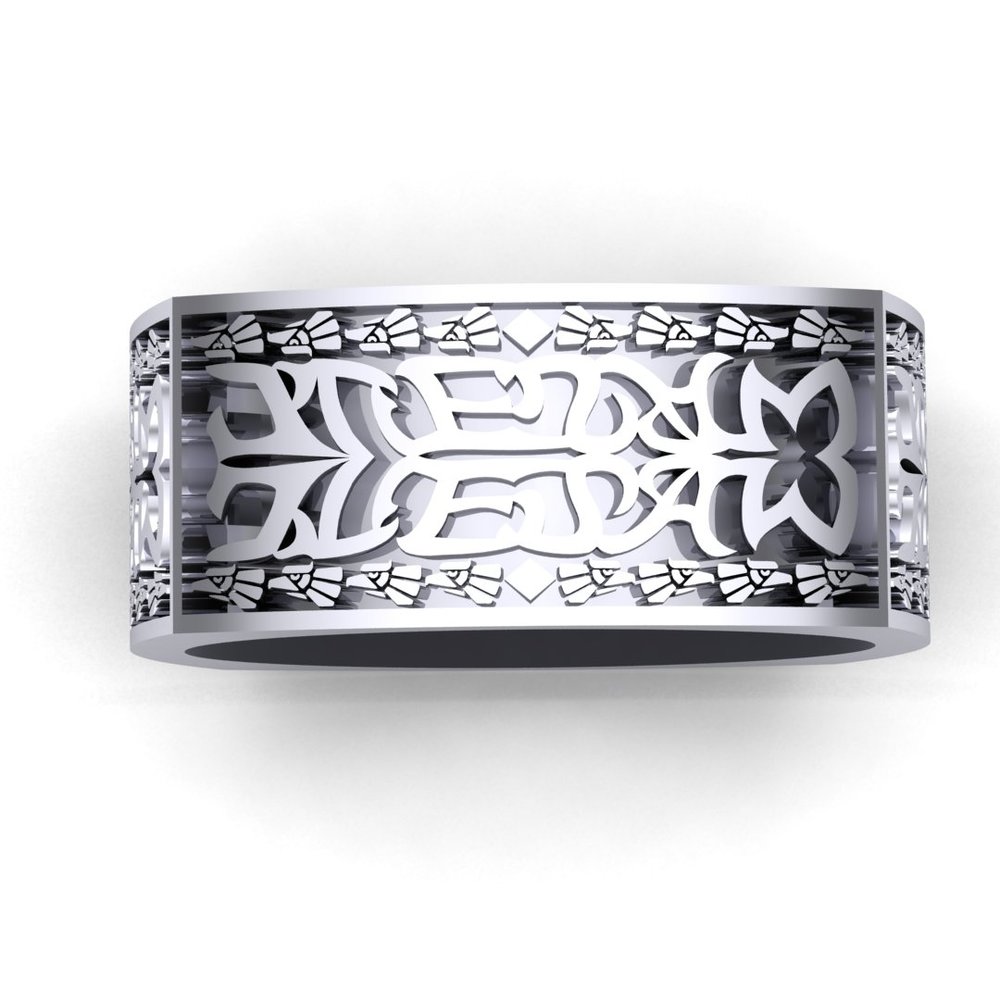 Takayas created a new CAD rendering to reflect this request, and the couple approved the design to be printed in wax in preparation for casting. However, while Takayas was finalizing the design for printing, he was inspired to play around with the design a little more and slightly enlarged each eagle head so that the diamond shape was no longer necessary. Jose Luis and Susan agreed with this revision, which became the final design. 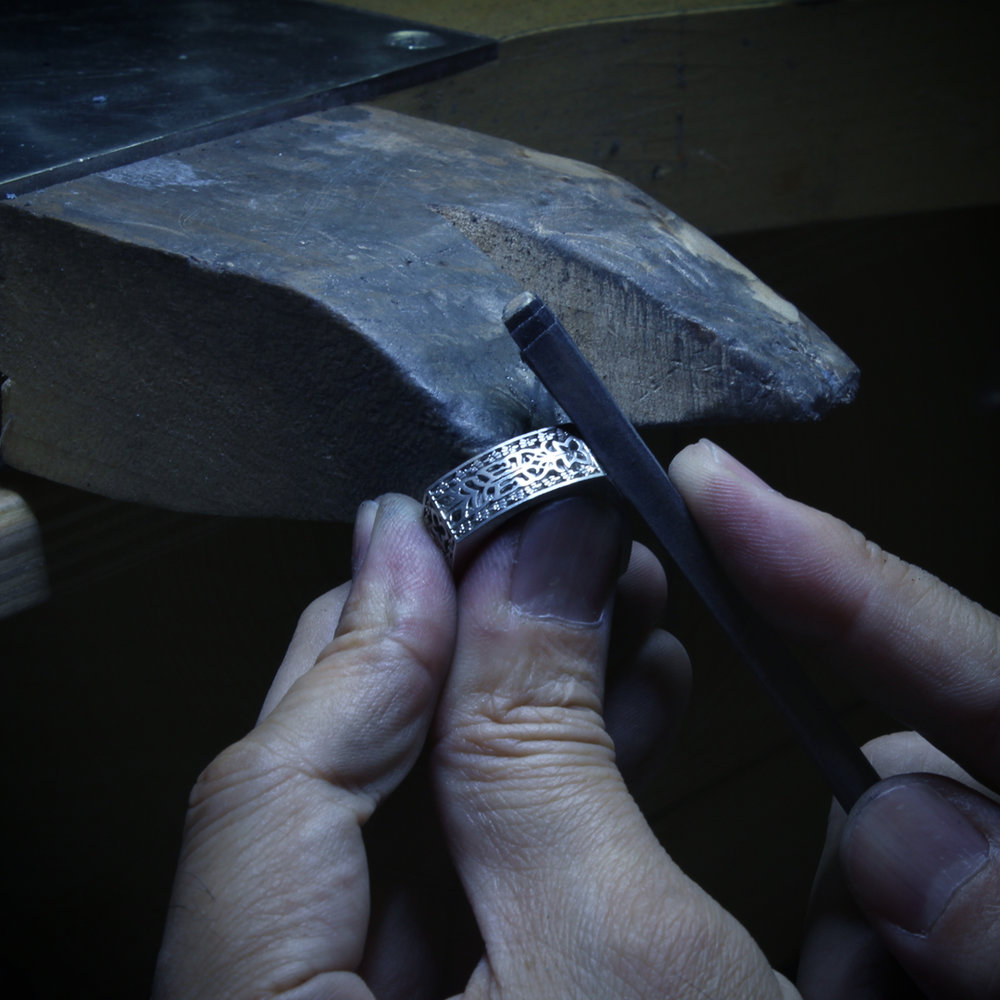 Takayas at the bench, working on the custom Aztec Initials Wedding Ring

Photographs of the finished ring (eight eagles, no diamond shape): 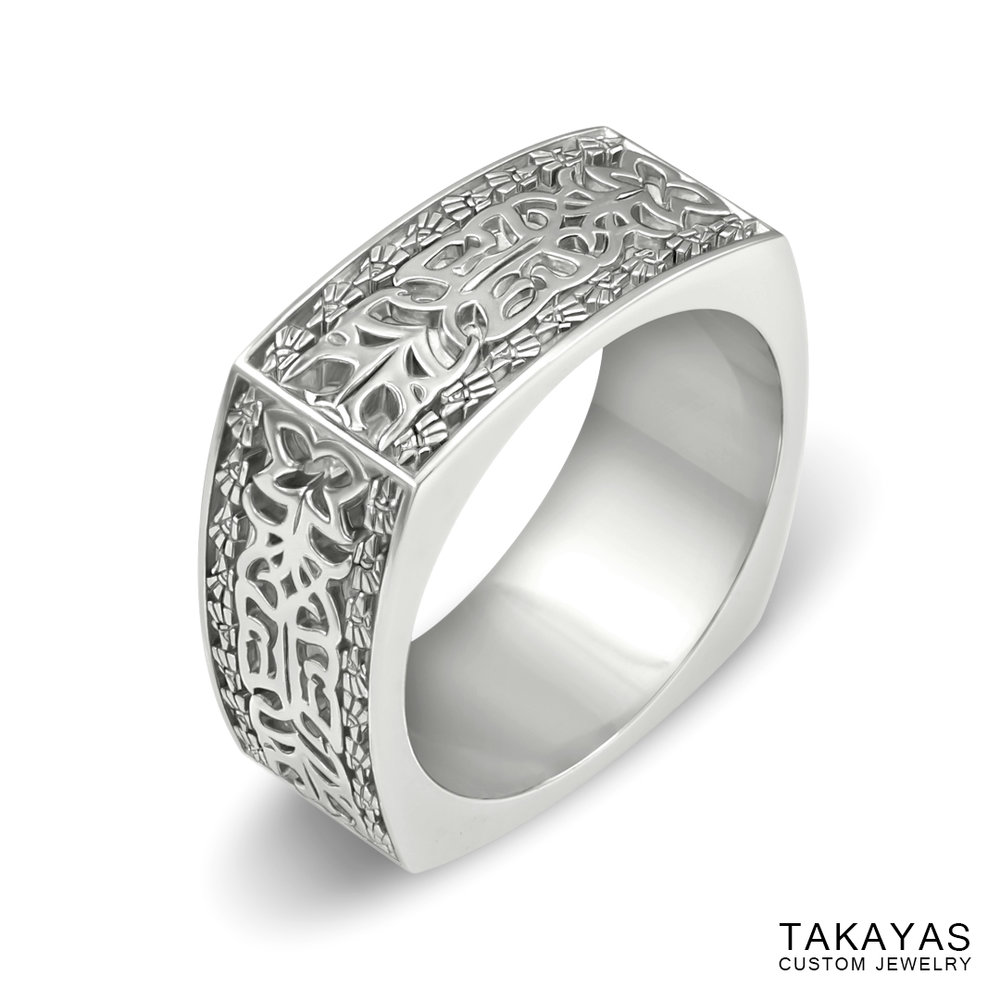 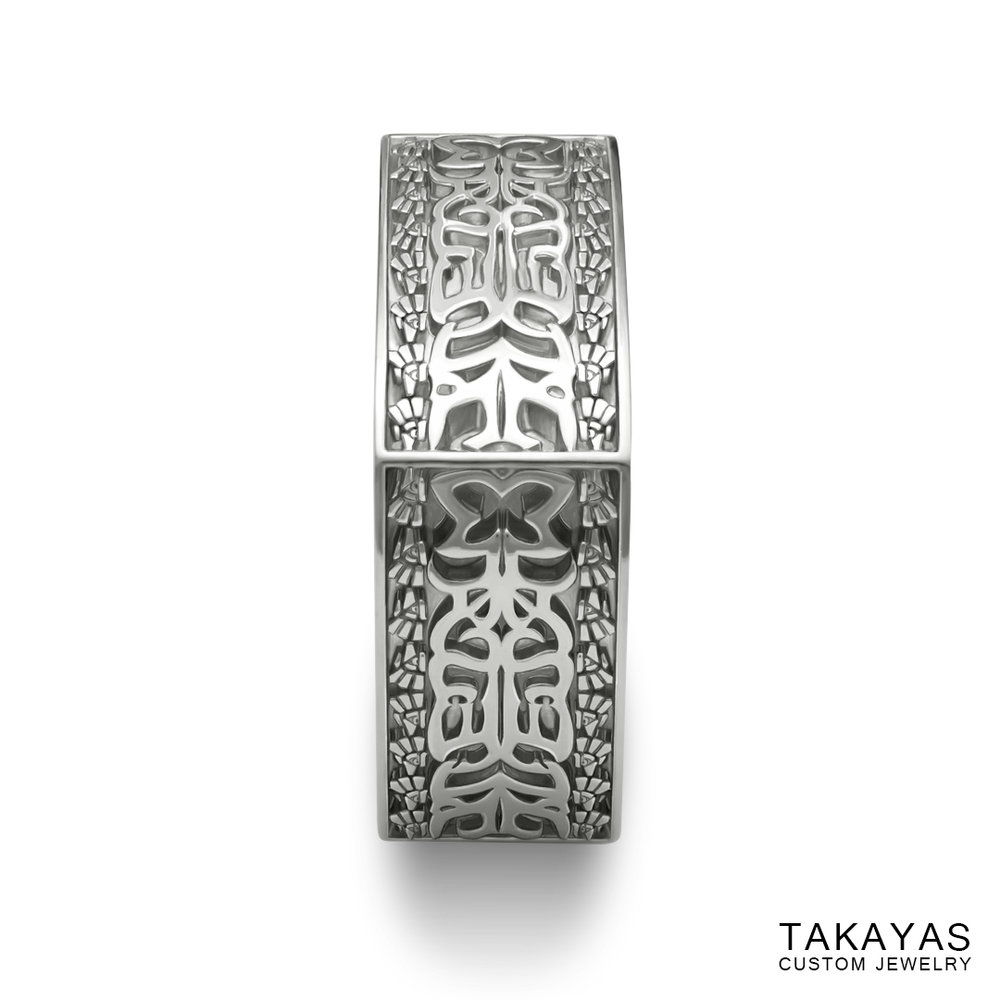 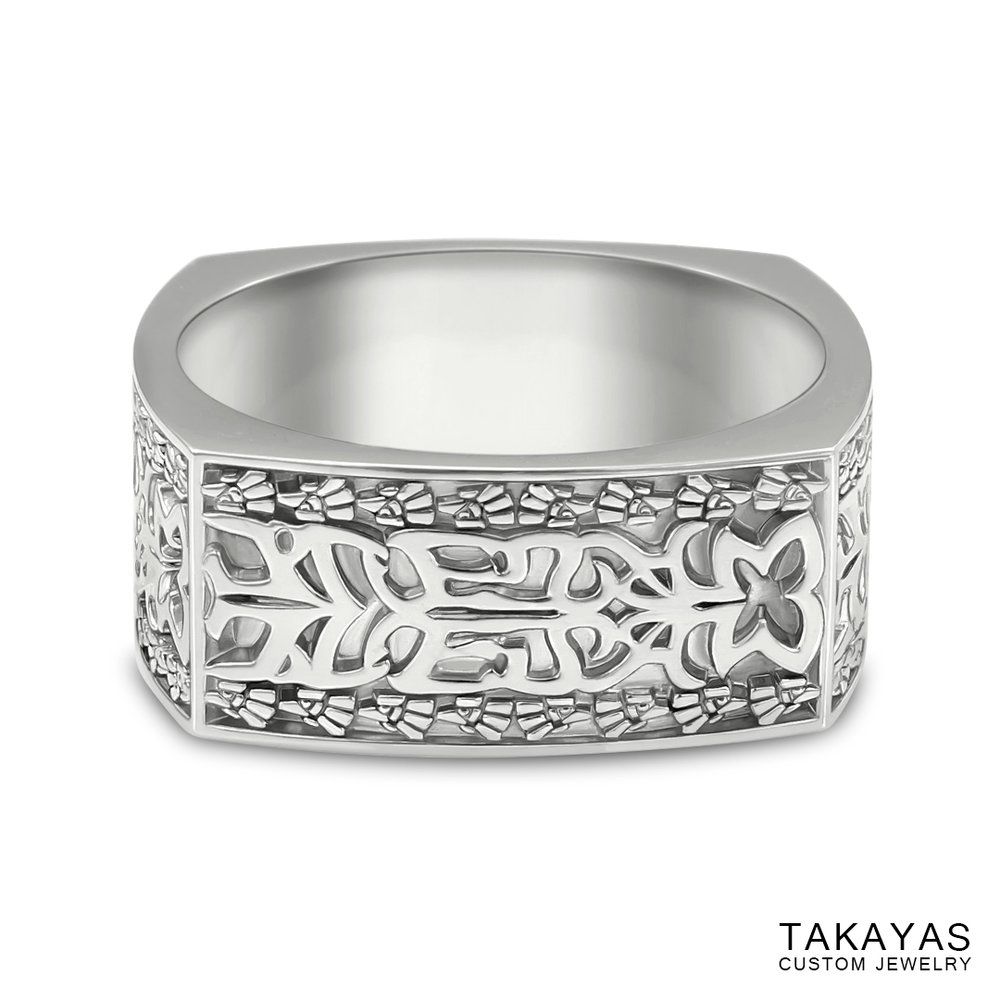 Jose Luis and Susan are now happily married, and Jose Luis recently sent us a lovely testimonial to share with you:

“It was a pleasure working with Takayas right from the start. The production of our custom ring was very much a collaborative effort. Both my wife and I had ideas which we brought to Takayas and he was expertly able to incorporate our ideas while providing suggestions of his own to enhance our ring. I have received many positive compliments on the ring’s excellent craftsmanship and detail. Takayas’ process was great, from seeing the CAD design to a model of the ring was great. It further helped us visualize the ring as it slowly came to life. We would highly recommend Takayas.”