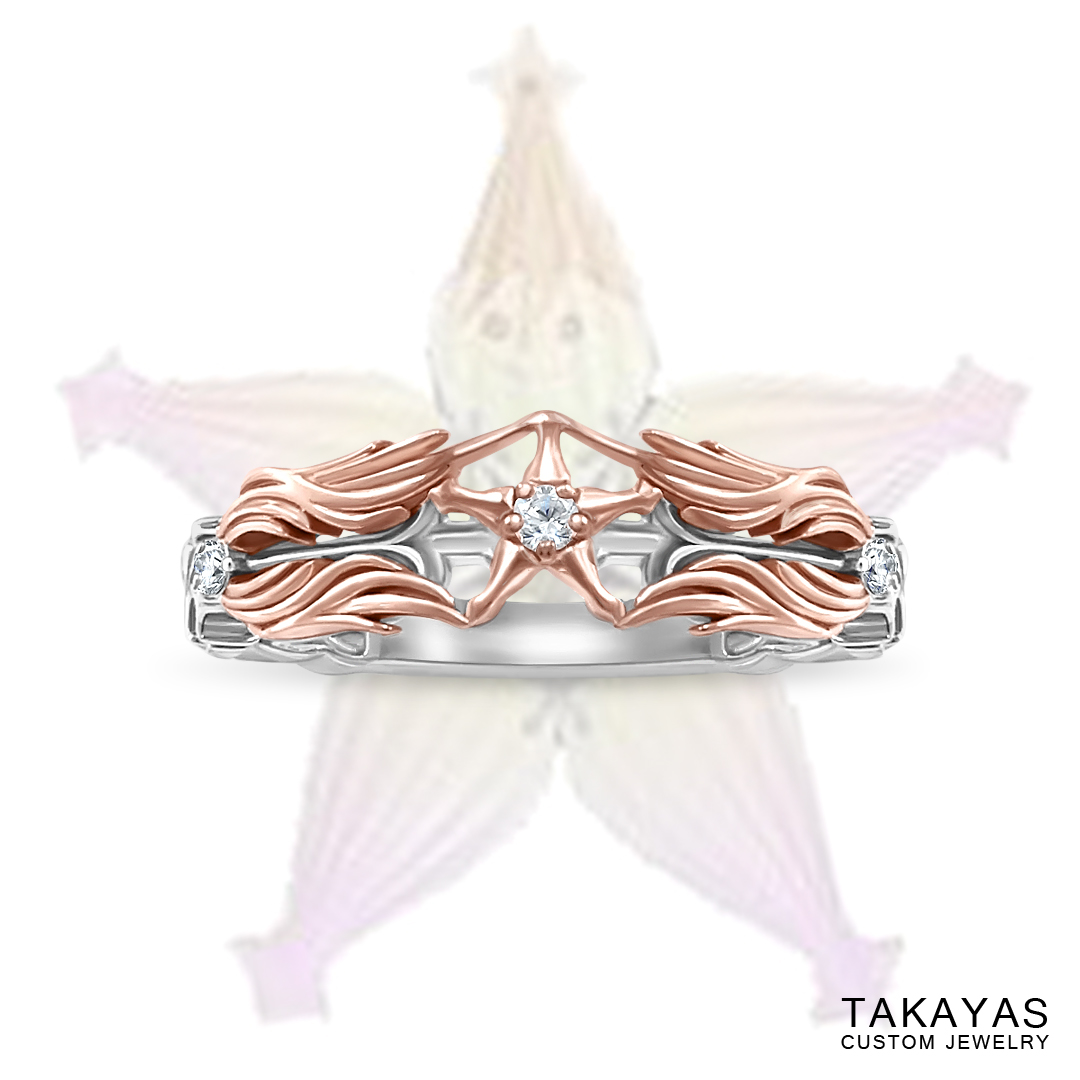 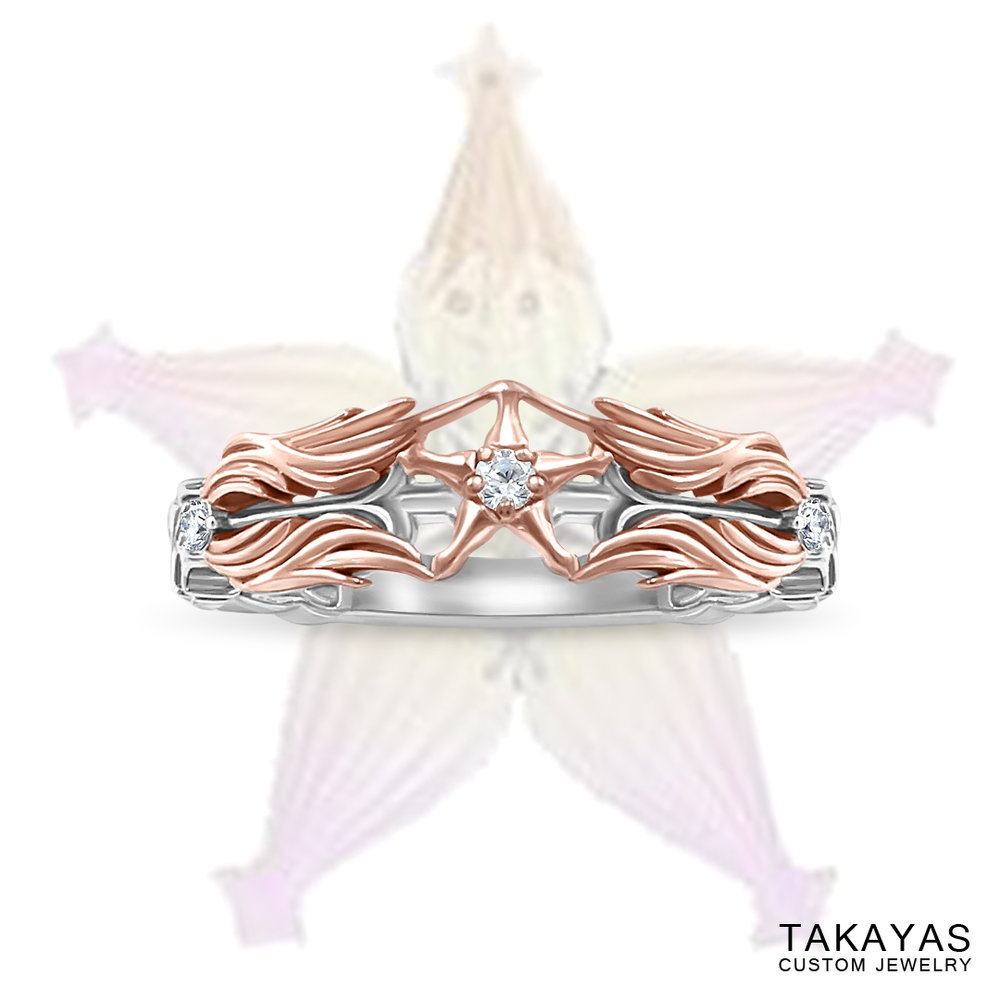 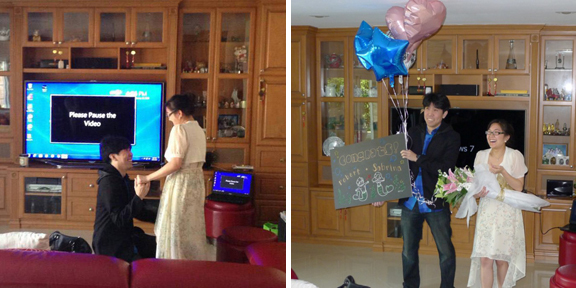 Robert’s proposal involved a special slide show he made for Sabrina, with friends and family waiting in the wings to surprise the newly engaged couple!

You may remember Robertand Sabrina from our earlier story about the Little Mermaid inspired engagement ring Takayas designed for Robert, and the sweet way he chose to propose with it.

The adorable couple returned to us to design their custom wedding rings, this time with a different Disney theme in mind: Kingdom Hearts.

(This week, we’re focusing on Sabrina’s wedding band. Be sure to check back next week to see Robert’s!) 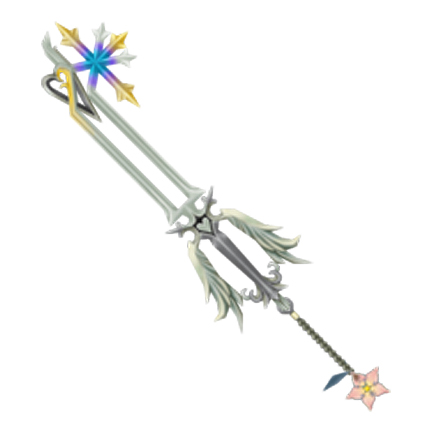 Roberttold us they chose Kingdom Hearts keyblades for their wedding bands’ inspiration because they both enjoy playing the game and it brought them closer together as a couple. 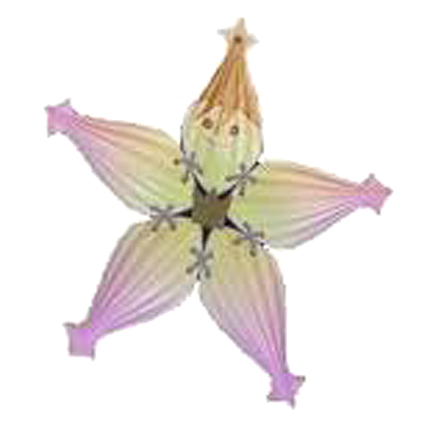 Sabrina specifically requested that the Paopu Fruit charm from the Oathkeeper keyblade, also known as Kairi’s Waydfinder, be incorporated in both rings, because of the KH legend that says, “If two people share one, their destinies become intertwined. They’ll remain a part of each other’s lives no matter what.” 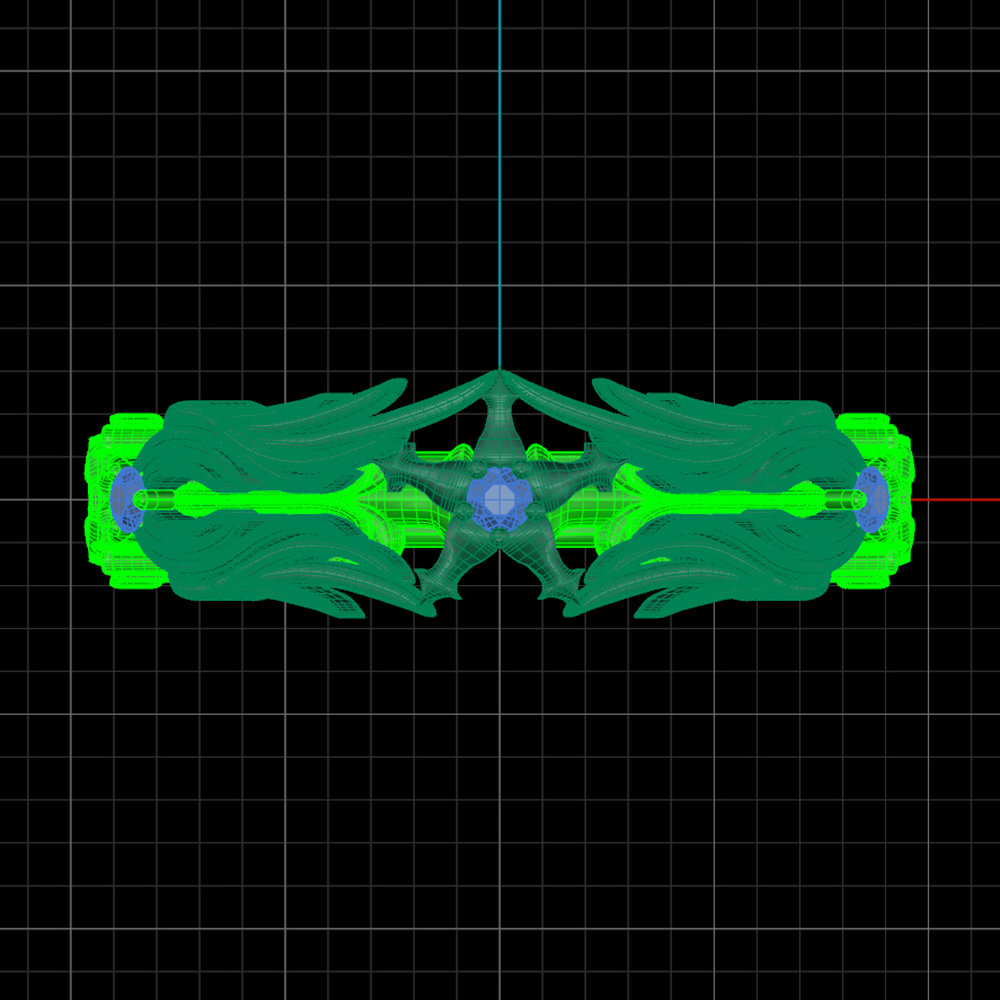 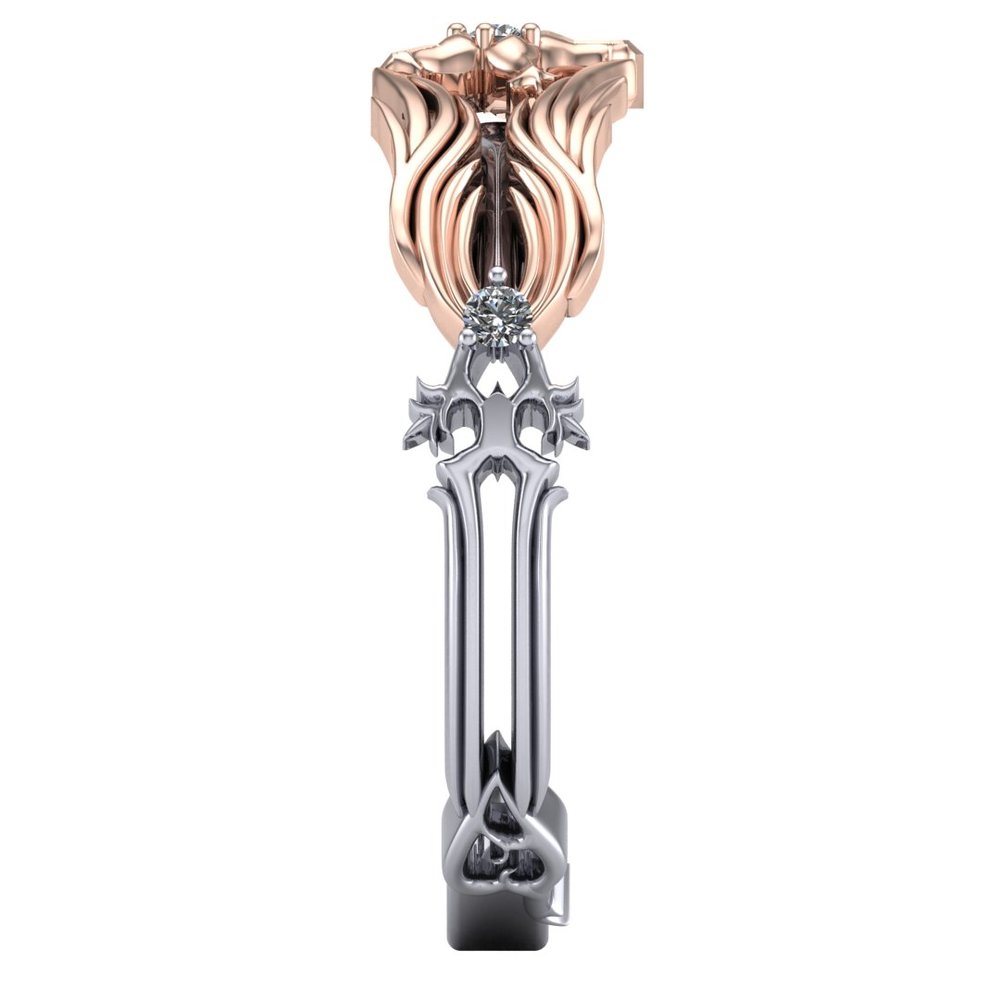 For Sabrina’s custom wedding band, Takayas used the Paopu Fruit / Wayfinder as the central element, forming the rest of the band with a mirror image of the Oathkeeper keyblade, adding accent diamonds for a little sparkle. 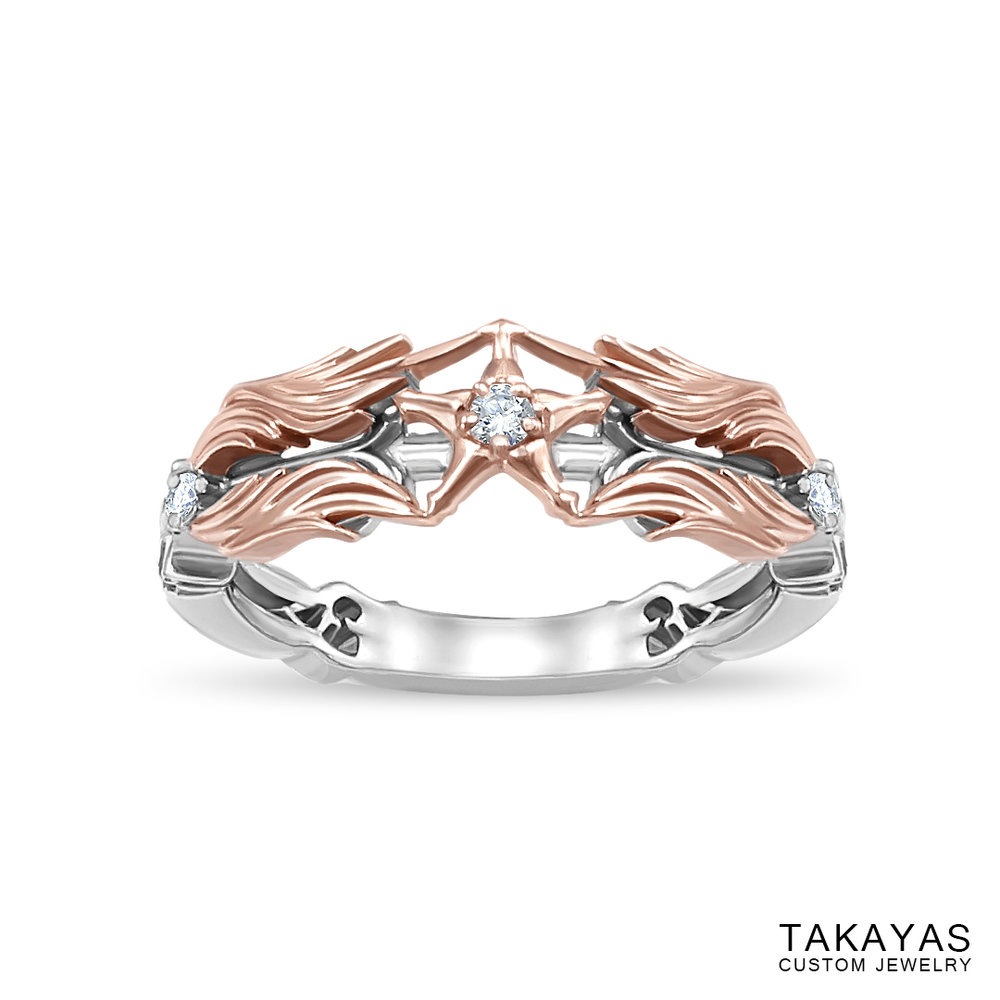 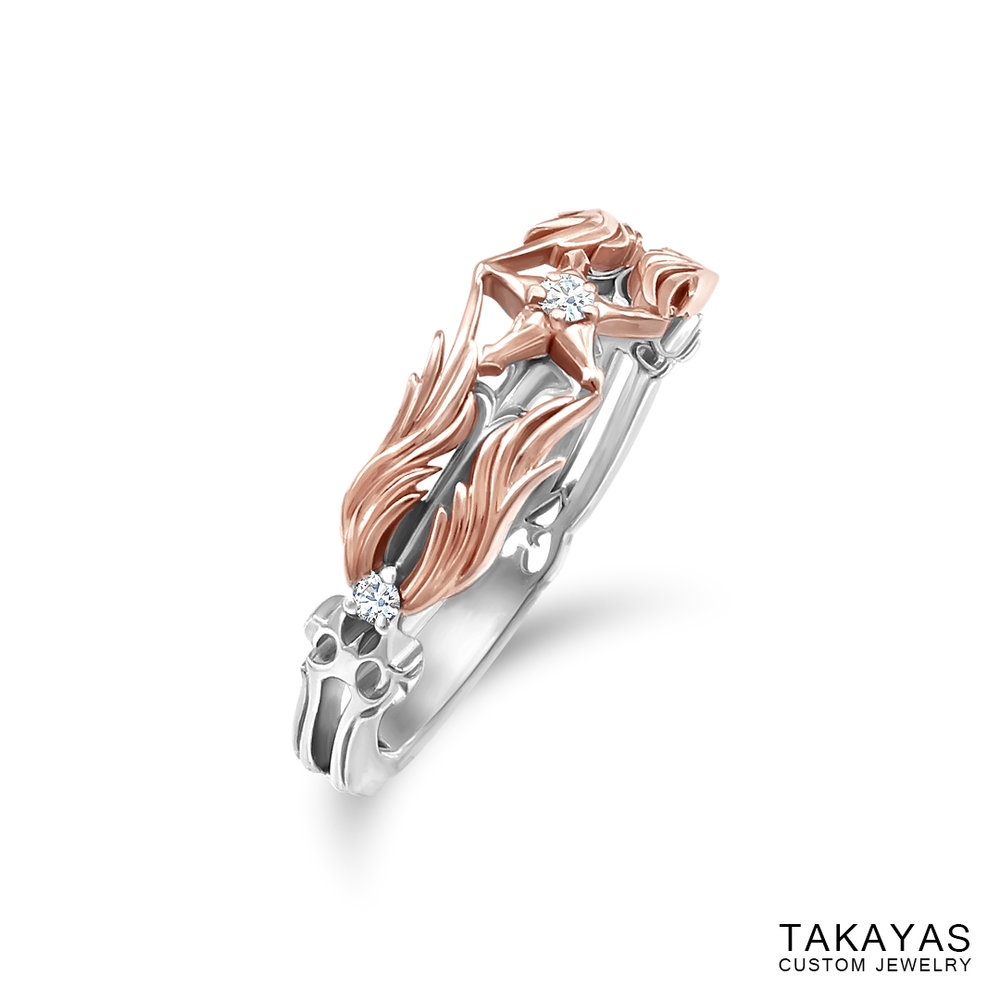 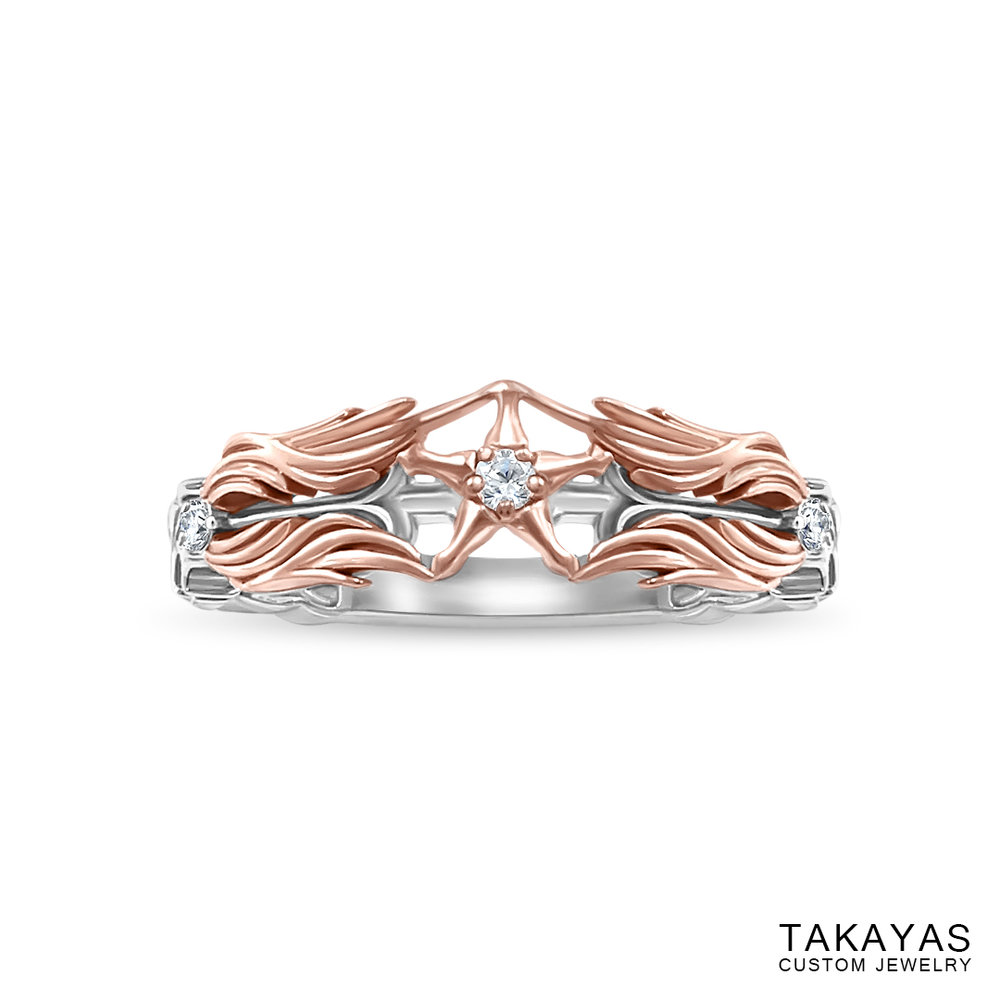 Don’t forget to check back next week to see the mate to this Kingdom Hearts inspired wedding band!