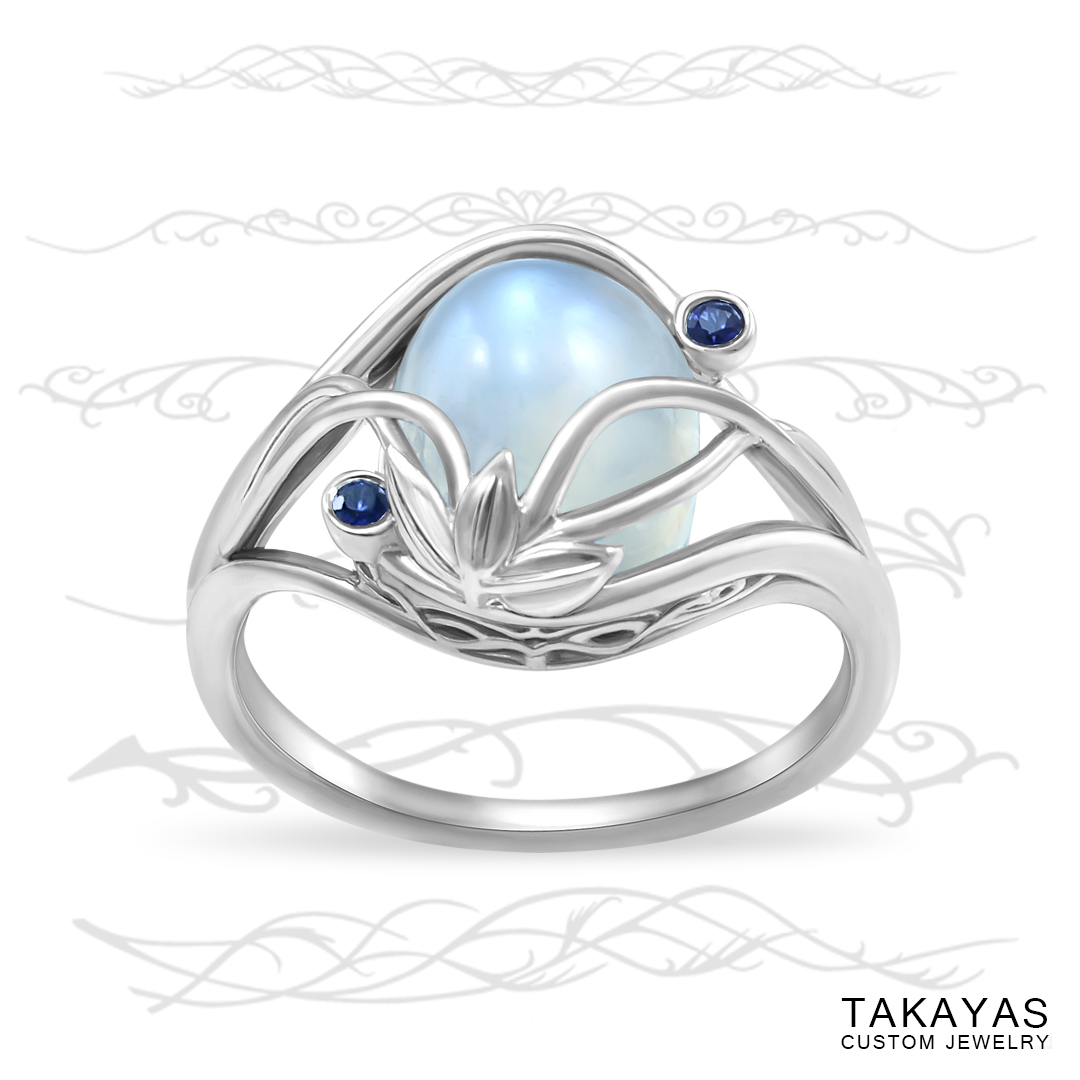 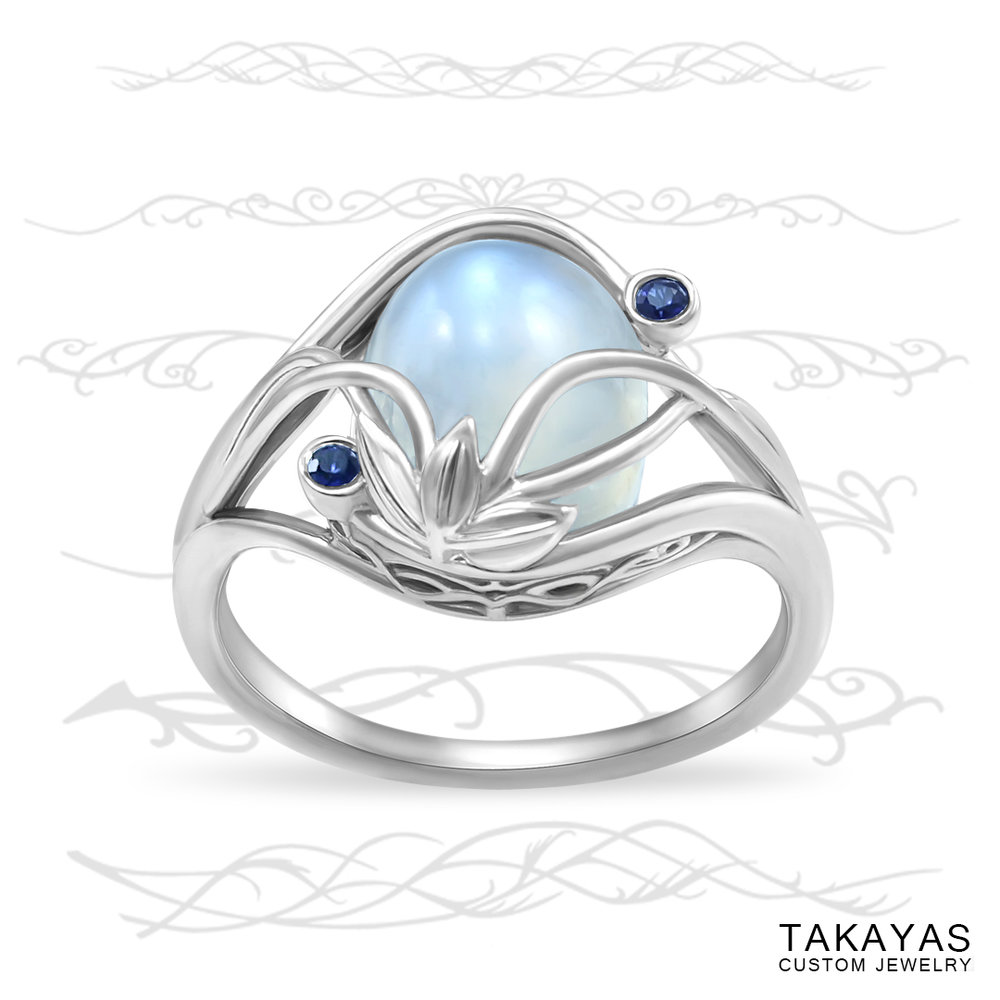 Michael and Alice are high school sweethearts, and they had been together for about eight years when Alice decided to make things official.

According to Michael, he had been waiting for the right time to propose but, Alice beat him to it. He told us it was spontaneous on her behalf, she proposed to him and gave him one of her necklaces as a symbol of their engagement.

He loves that she did that, but he still wanted to “propose back to her” and put a ring on her finger.

Michael had already spent a long time looking at jewelry shops and online stores, searching for the perfect ring for Alice, but never found anything that clicked. So, he decided to start drawing some design ideas himself and go the custom route.

He remembered that Alice had shown him Takayas’ Facebook Page many months before, so he visited our website and sent us an inquiry for making his engagement ring concept come to life. Michael told us there are plenty of jewelers in Australia, where he and Alice live, but Takayas’ work was “really special and stood out. And when I saw the rest of his work, I really didn’t want to trust anyone else with the task.”

Alice and Michael both love the gamer/elven culture, and she had always told him she wanted a moonstone, so this was the foundation of his custom engagement ring design.

Michael sent us his sketches, which Takayas referenced to create a workable three dimensional design.

Drawing on years of experience, Takayas modified thedesign as necessary for balance and flow as well as for structural integrity, adding an additional elvish touch with an open-work pattern on the North and South sides of the ring that did not distract from the main vine motif on the top. 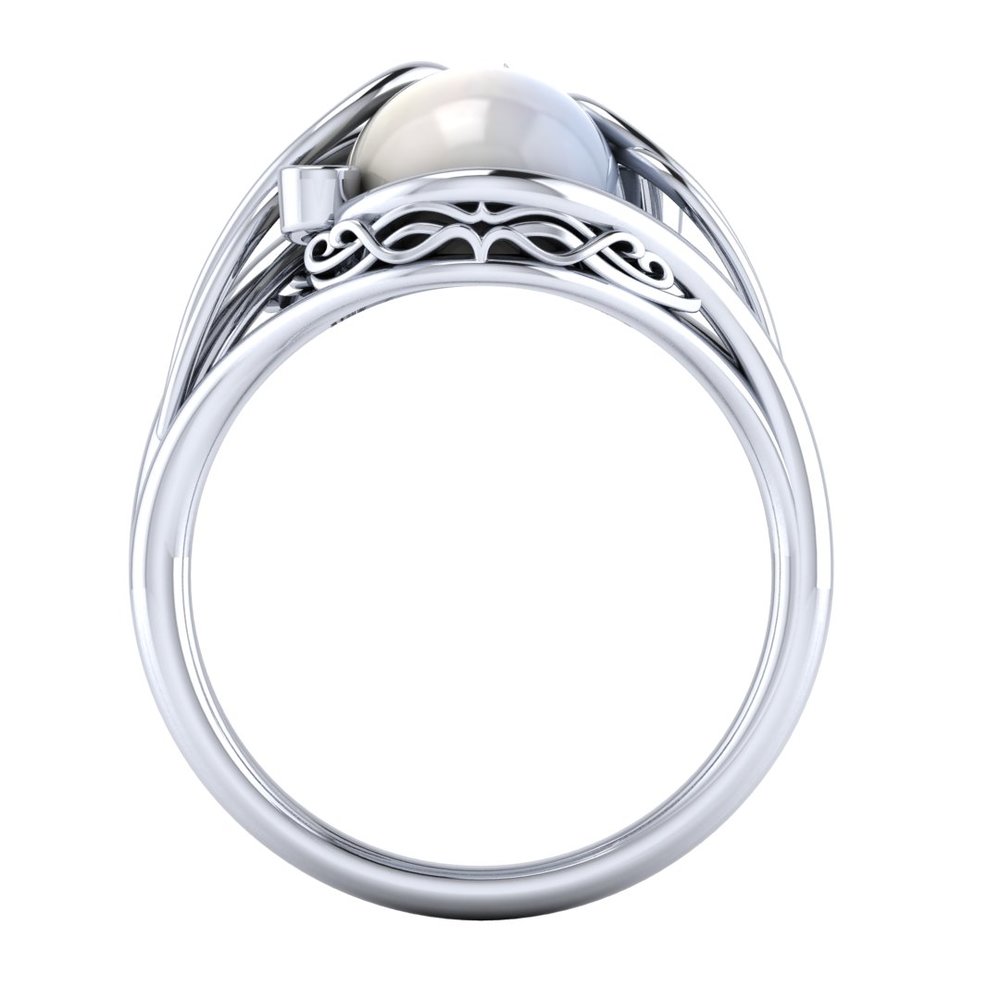 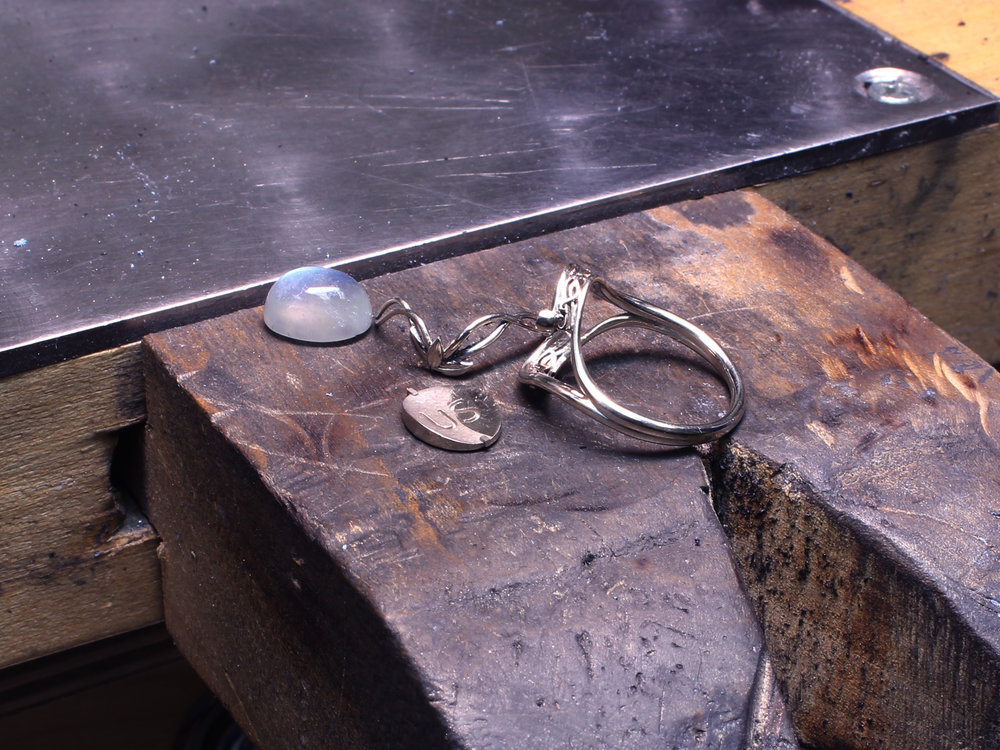 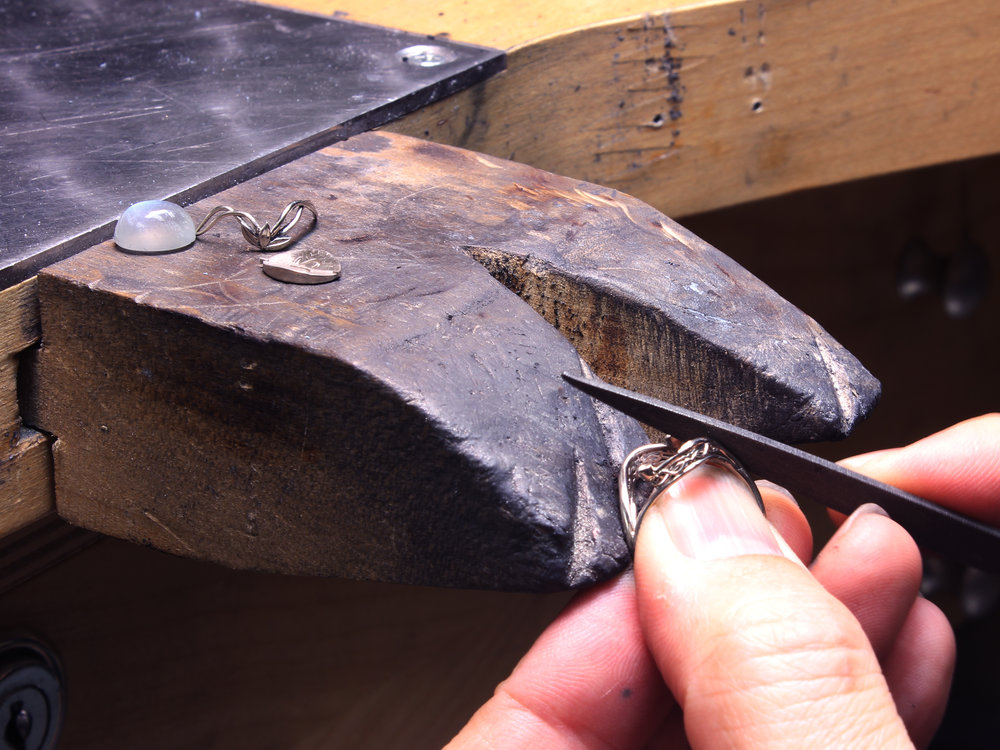 The finished piece was incredibly delicate, and incorporated all of Michael’s requests for an elegant, organic, asymmetrical moonstone ring that would look at home on Lady Arwen’s hand. 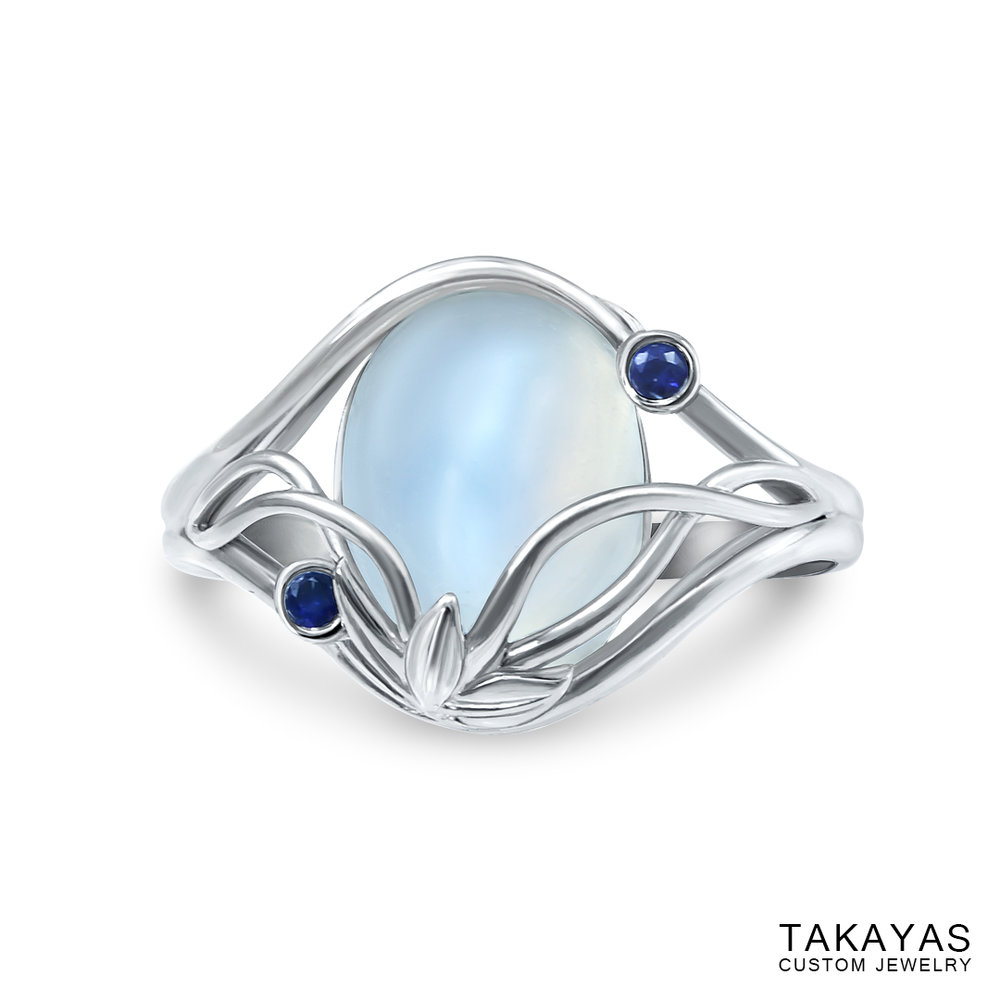 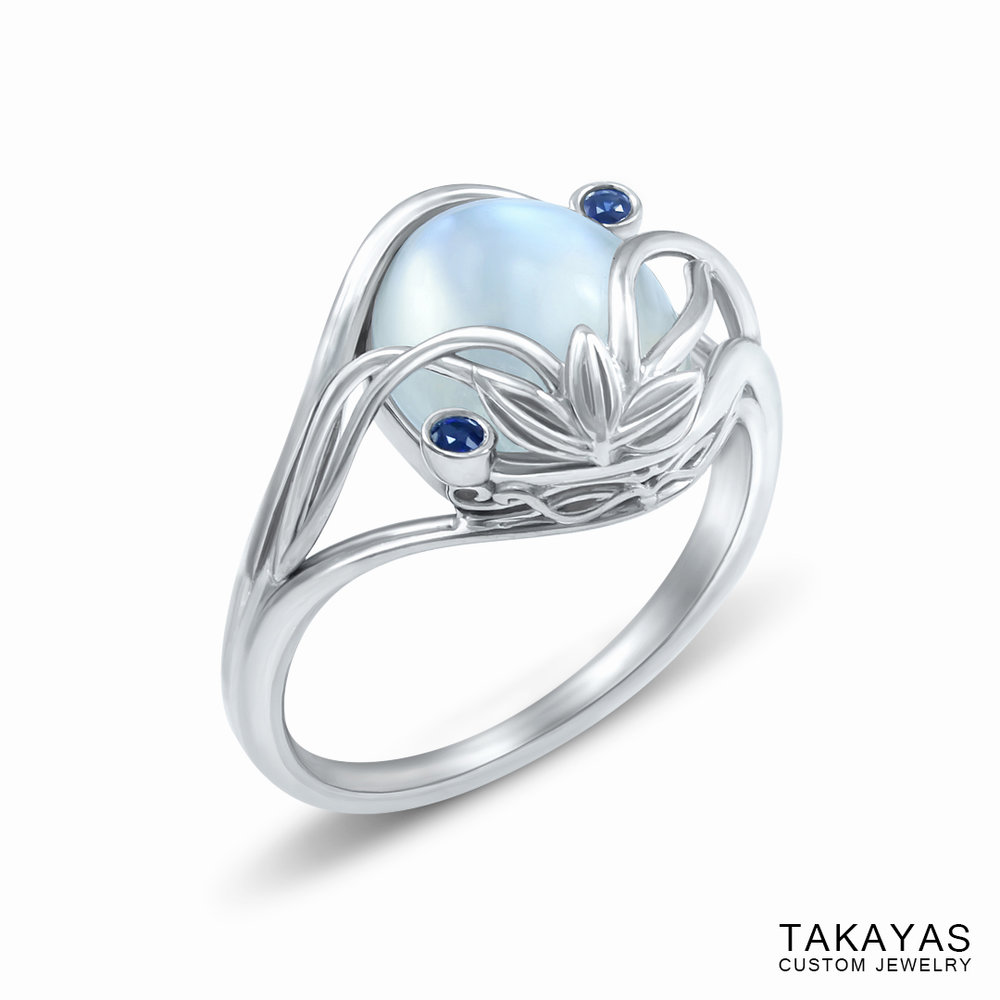 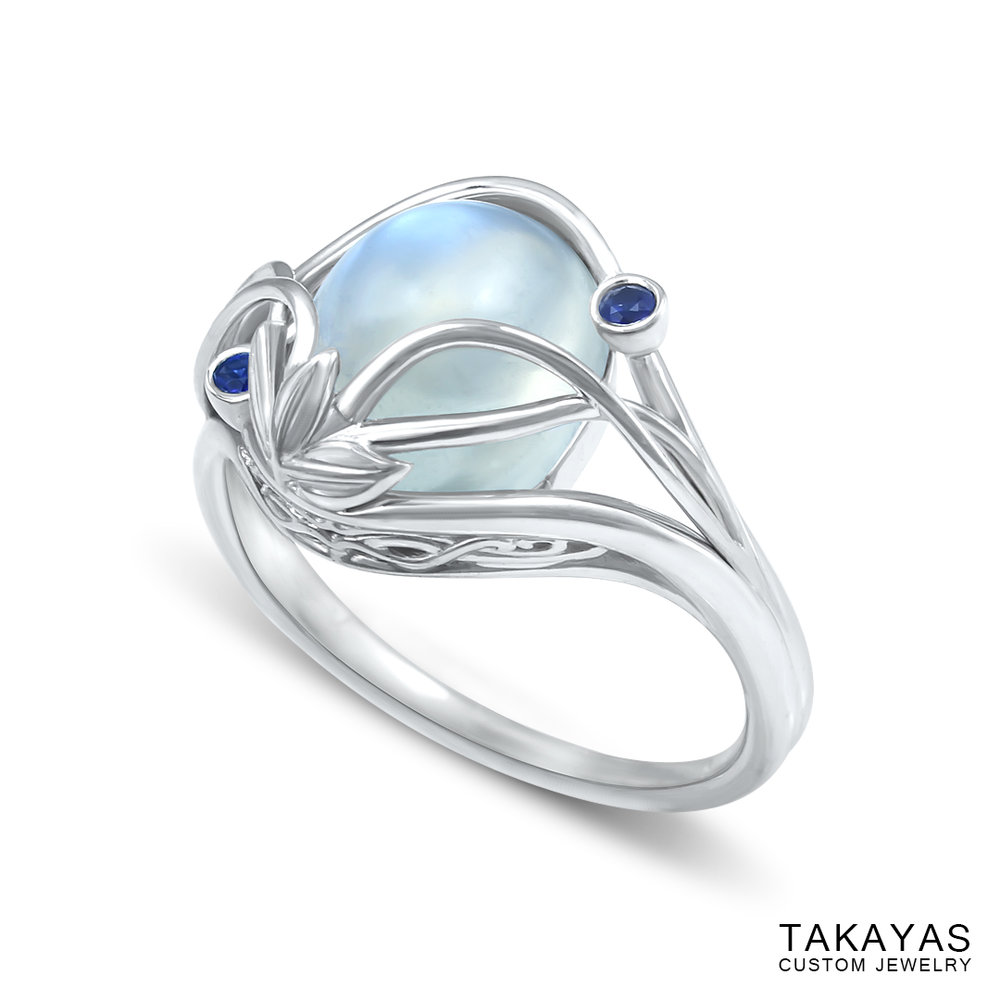 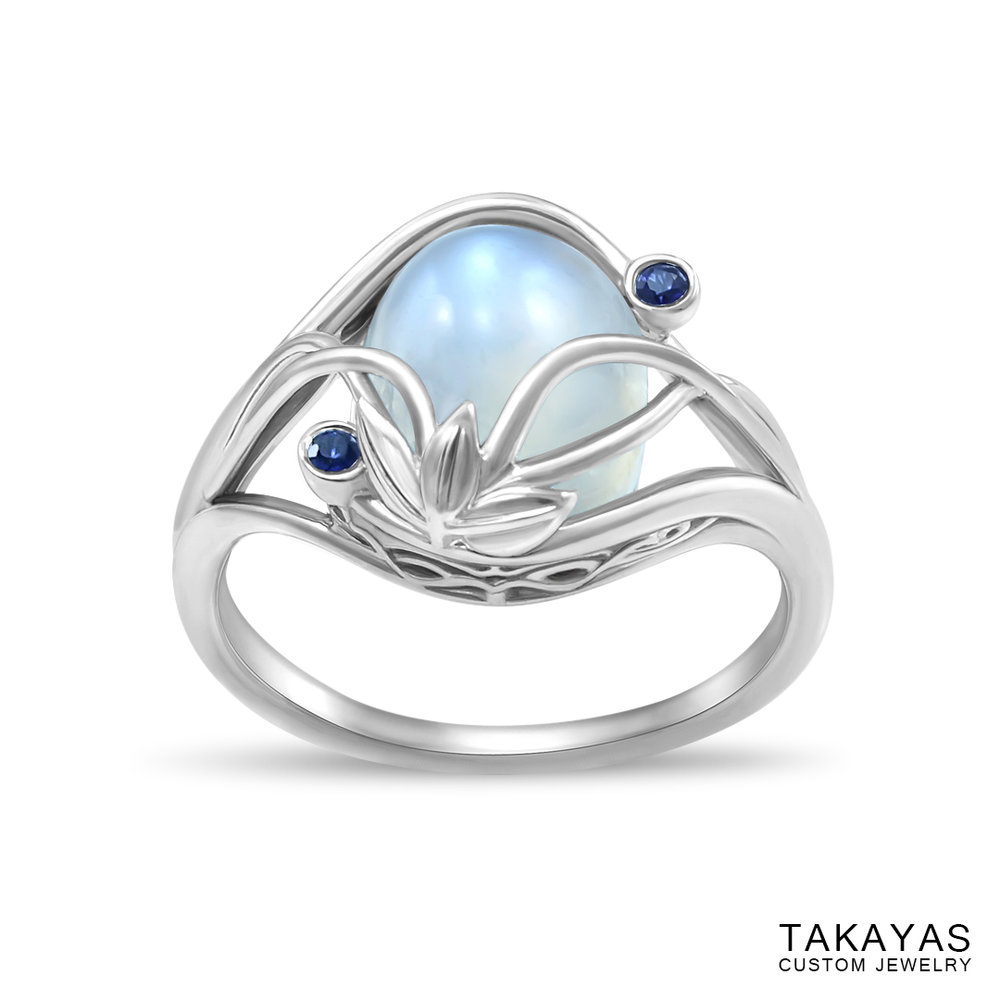 About a week after sending Michael the ring, he wrote to let us know, “she said yes back to me.” Adding, “she admires your craft and wanted you to know that she loves it so much!” 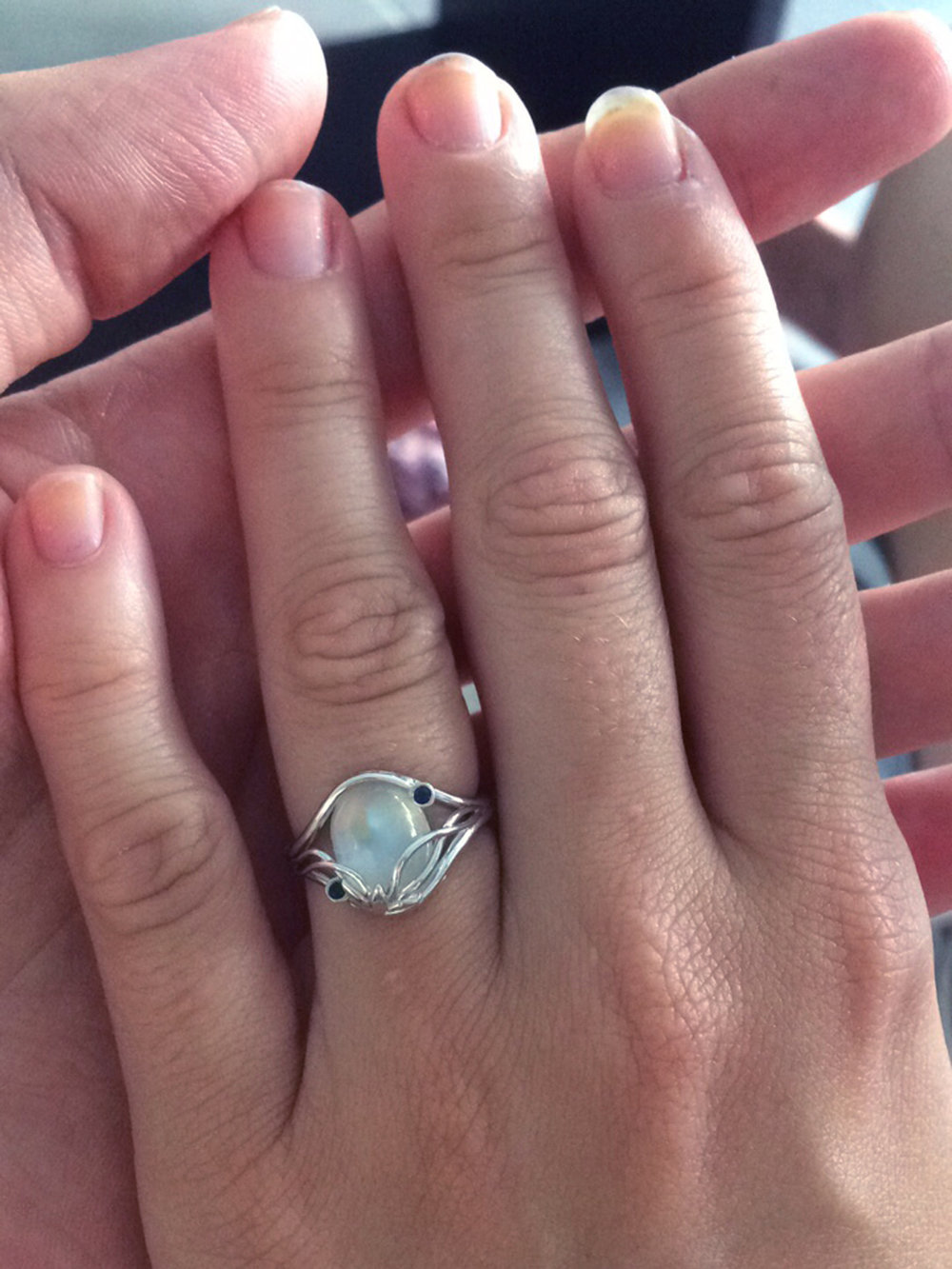 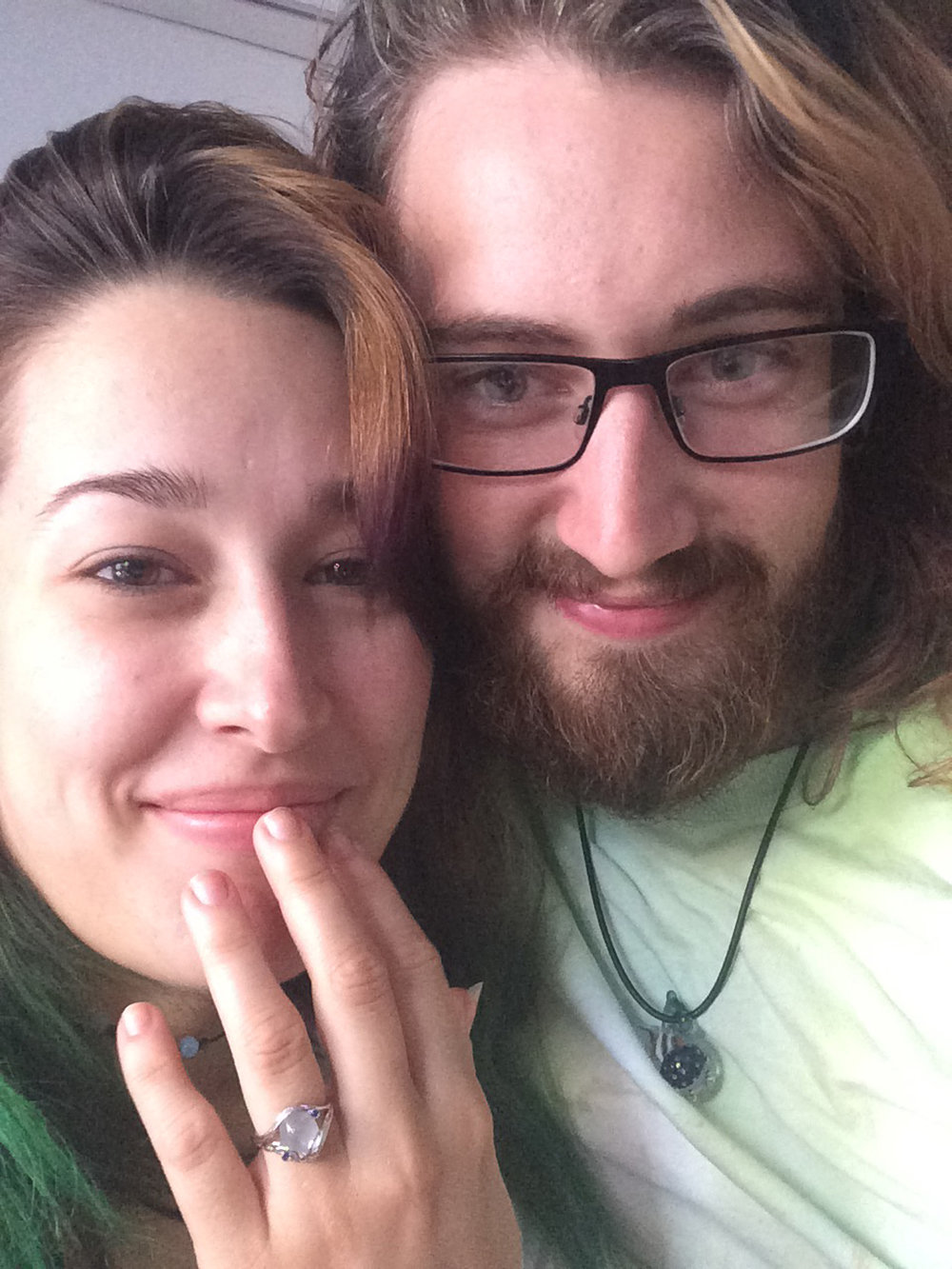 Alice and Michael together, showing off their custom Elvish Moonstone Engagement Ring by Takayas

We are so happy for this lovely couple and wish them a lifetime of happiness together.