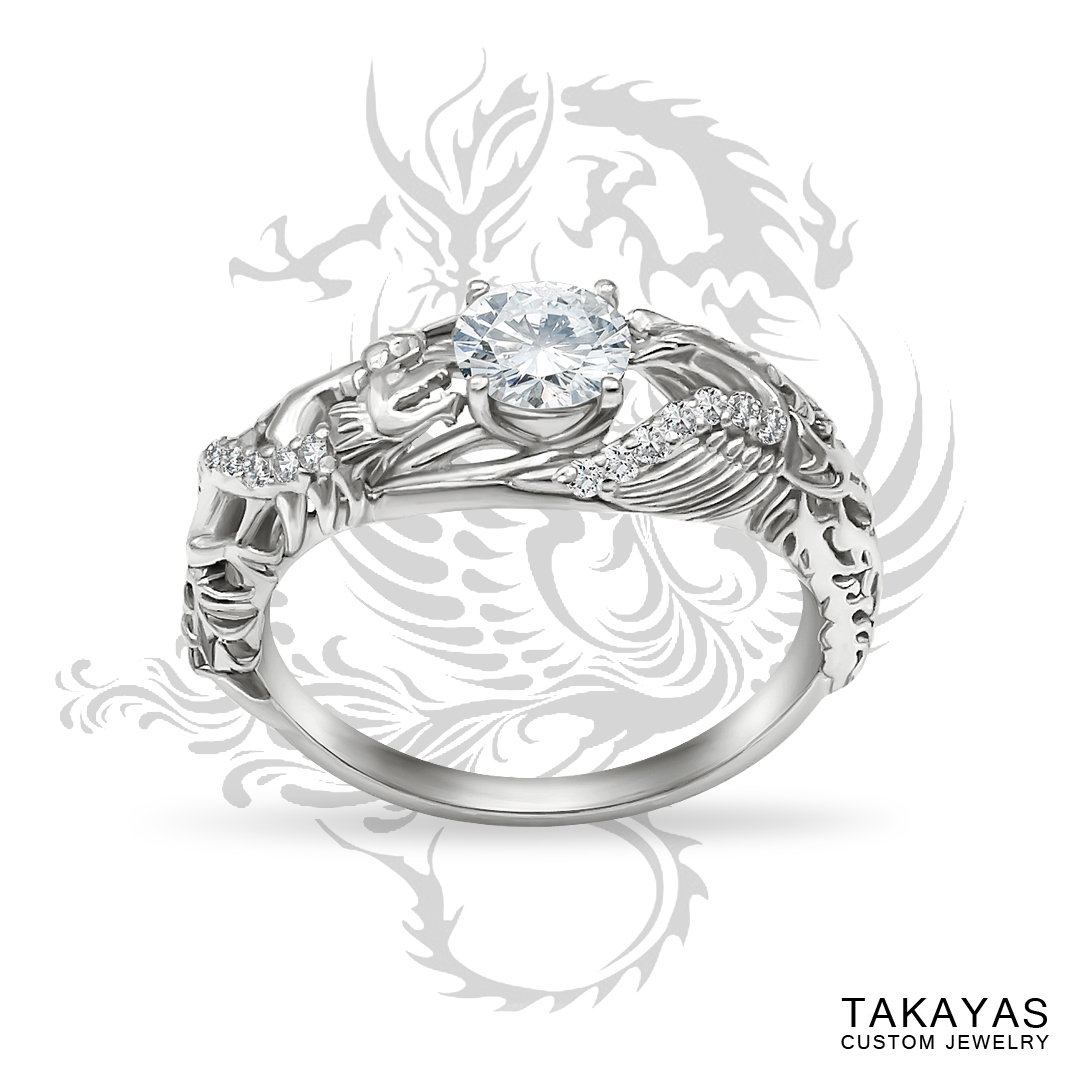 Jeff and Lisa’s relationship is one for the storybooks. They went to the same middle and high school, but somehow never met until Jeff’s best man, Lisa’s 2nd cousin-in-law, invited both of them to the same party. When they finally did meet, it was love at first sight.

“From the first time we looked each other in the eyes, there was an instant connection,” Jeff told us. “Even then, we only saw each other a couple times in the next few years, before we actually got serious. We joke with each other that fate kept us separated intentionally until both of us were in the right place in our lives.” 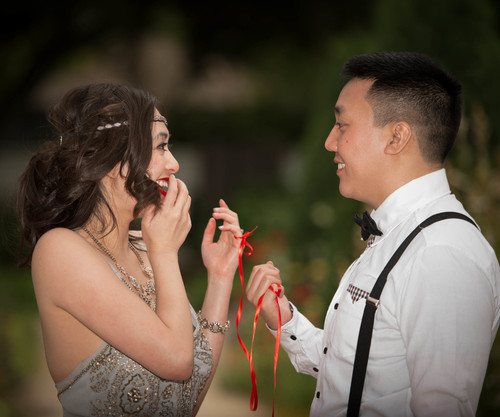 Lisa and Jeff with a red string

Once the stars had aligned and Jeff was ready to propose, he decided to ask the big question during a romantic trip to Japan. He chose one of Tokyo’s tallest buildings, the Mori Tower, which houses the Mori Art Museum on the 53rd floor. It was on the 53rd floor, during their 5th year and 3rd month anniversary, that Jeff asked Lisa to be his wife.

During this same trip to Japan, the theme of the dragon and the phoenix became a large part of their lives. They found a pair of couples’ necklaces that formed a heart when placed together; one half was a dragon, the other was a phoenix. Once they found this pair of necklaces, they almost never took them off. 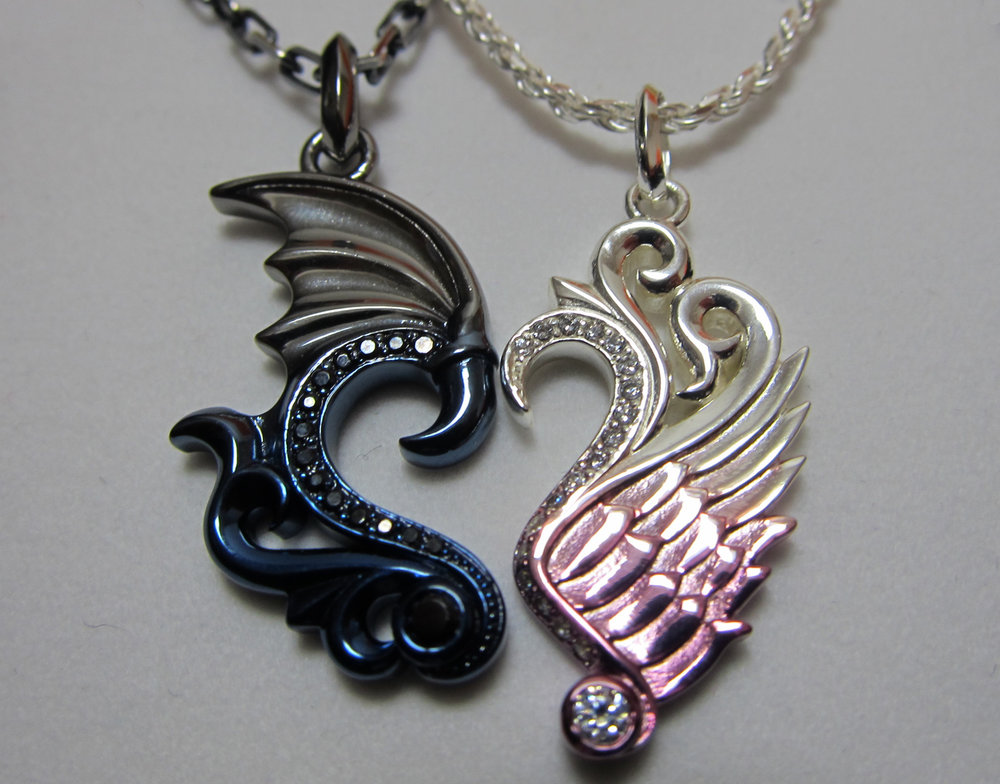 In Chinese and Japanese mythology, the dragon represents the Emperor and yang (masculine) energy, while the phoenix represents the Empress and yin (female) energy. When these two come together, they represent balance, harmony, and matrimonial bliss.

When Jeff and Lisa approached us to design their custom engagement ring and wedding bands, they wanted to incorporate the theme of dragon and phoenix, as well as represent the invisible Red String of Fate that they feel has connected them throughout their lives. 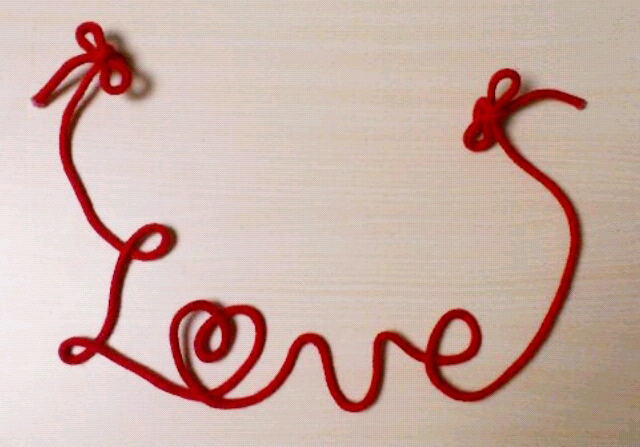 Taking all of their requests and style preferences into account, Takayas created a highly detailed engagement ring featuring a dragon on one side and a phoenix on the other, using a more traditional Japanese design style to reflect Lisa’s heritage. 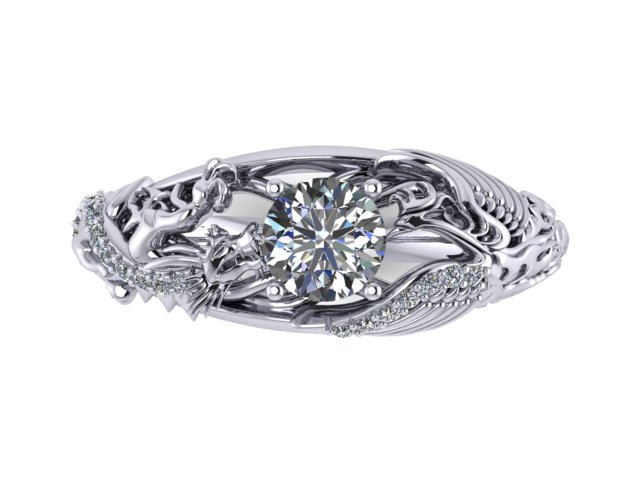 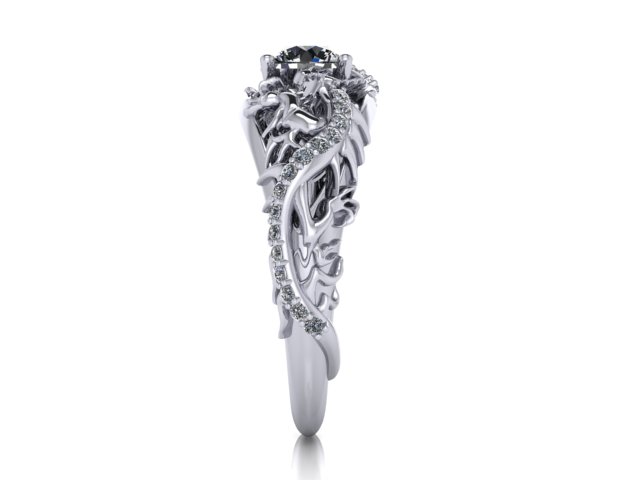 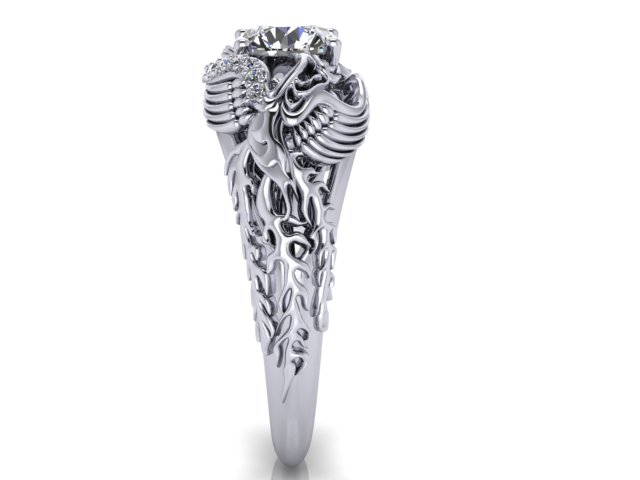 Since Jeff preferred a more clean, contemporary jewelry style, both wedding bands were designed with this in mind, with the engagement ring as the centerpiece of the set. 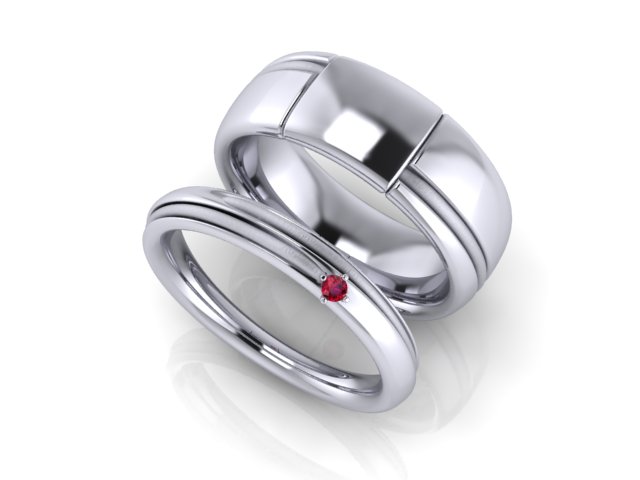 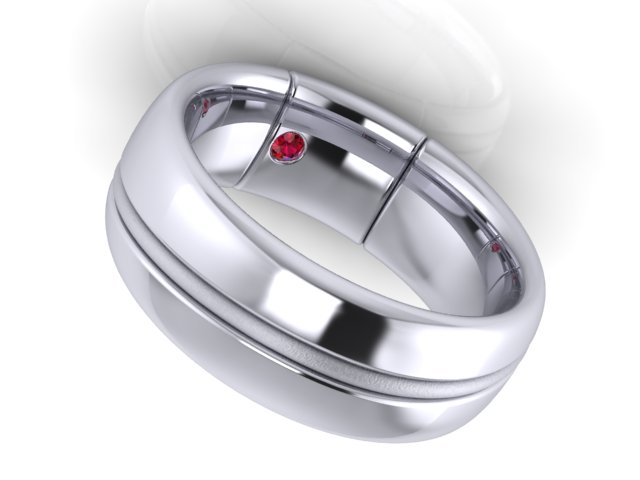 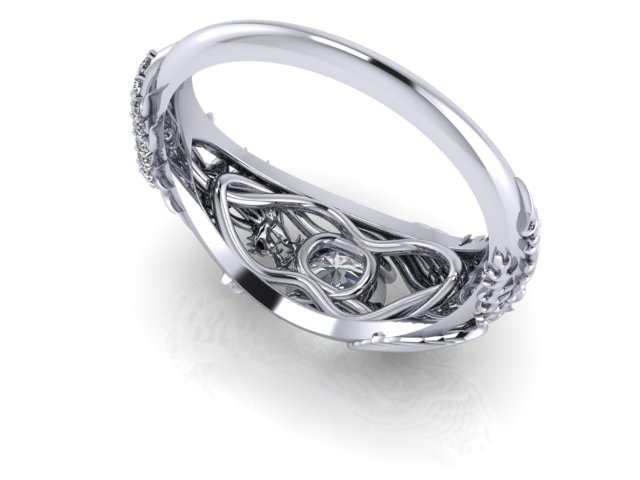 The invisible Red String of Fate is wrapped once around each wedding band, representing their separate lives: Lisa’s end of the string is symbolized with an accent ruby on the top of her wedding band, the string then loops around her ring before disappearing off the top edge; Jeff’s end of the string begins inside his ring, again represented with a small ruby, the string comes through the ring to the outside, wraps around once, and disappears into the square middle section of his ring. On the inside of the engagement ring the two ends of the string become one, intertwined, representing the strength of their bond. 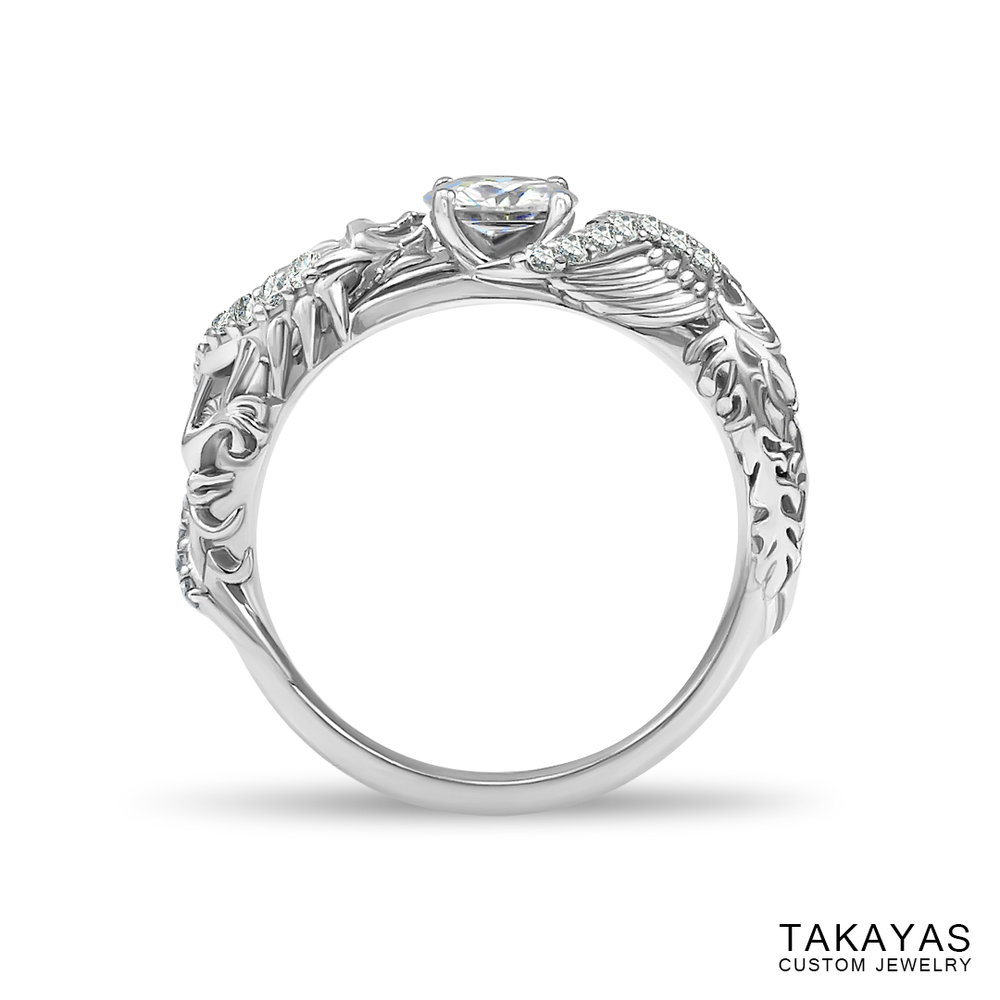 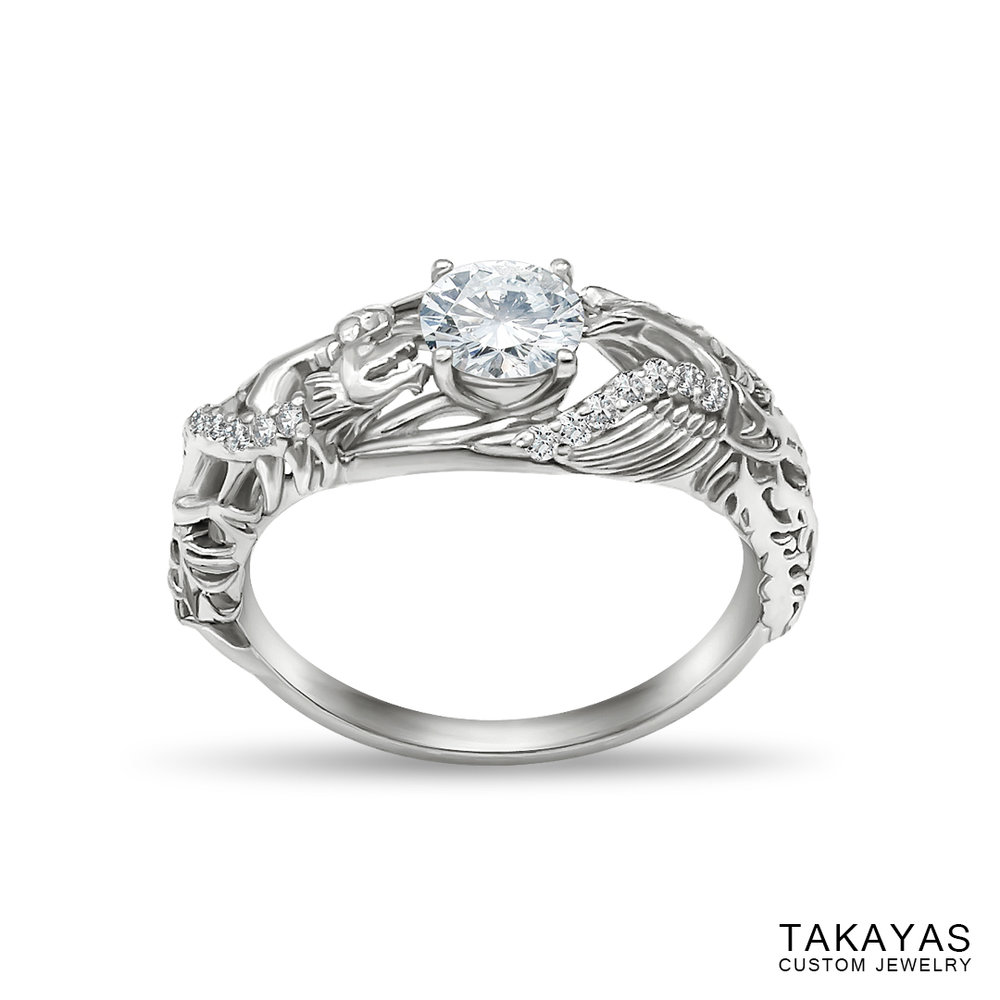 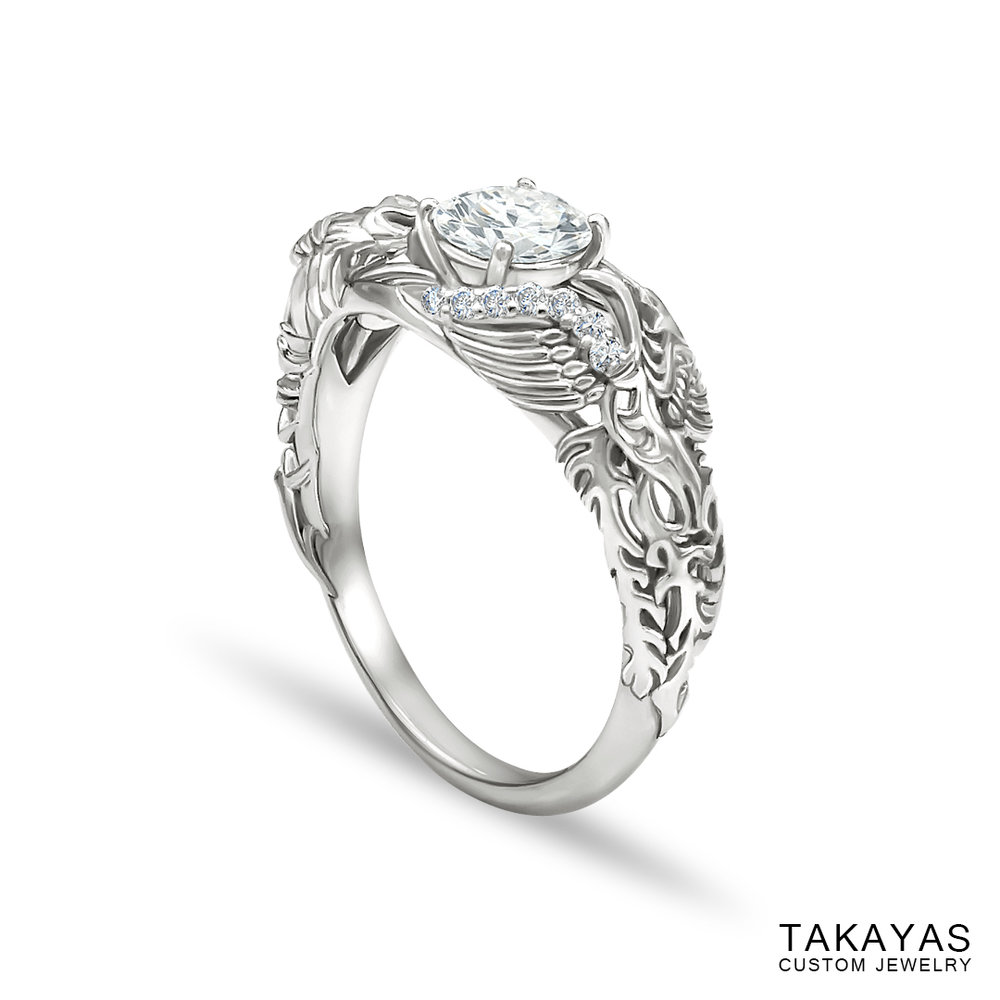 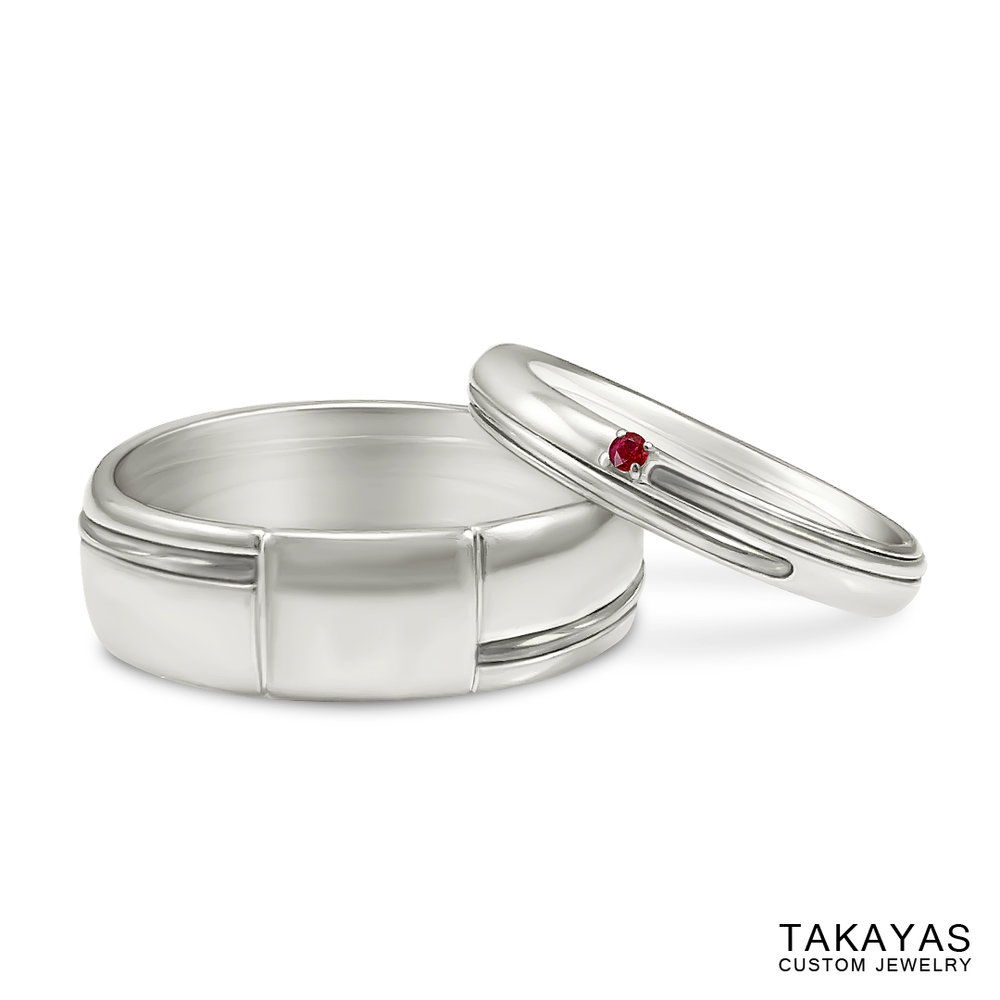 We loved working with Jeff and Lisa to create a wedding set that captured their unique love story so well, and wish them a lifetime of wedded bliss. 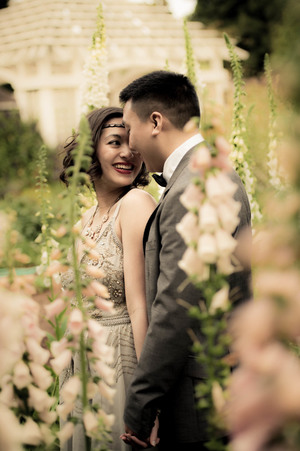