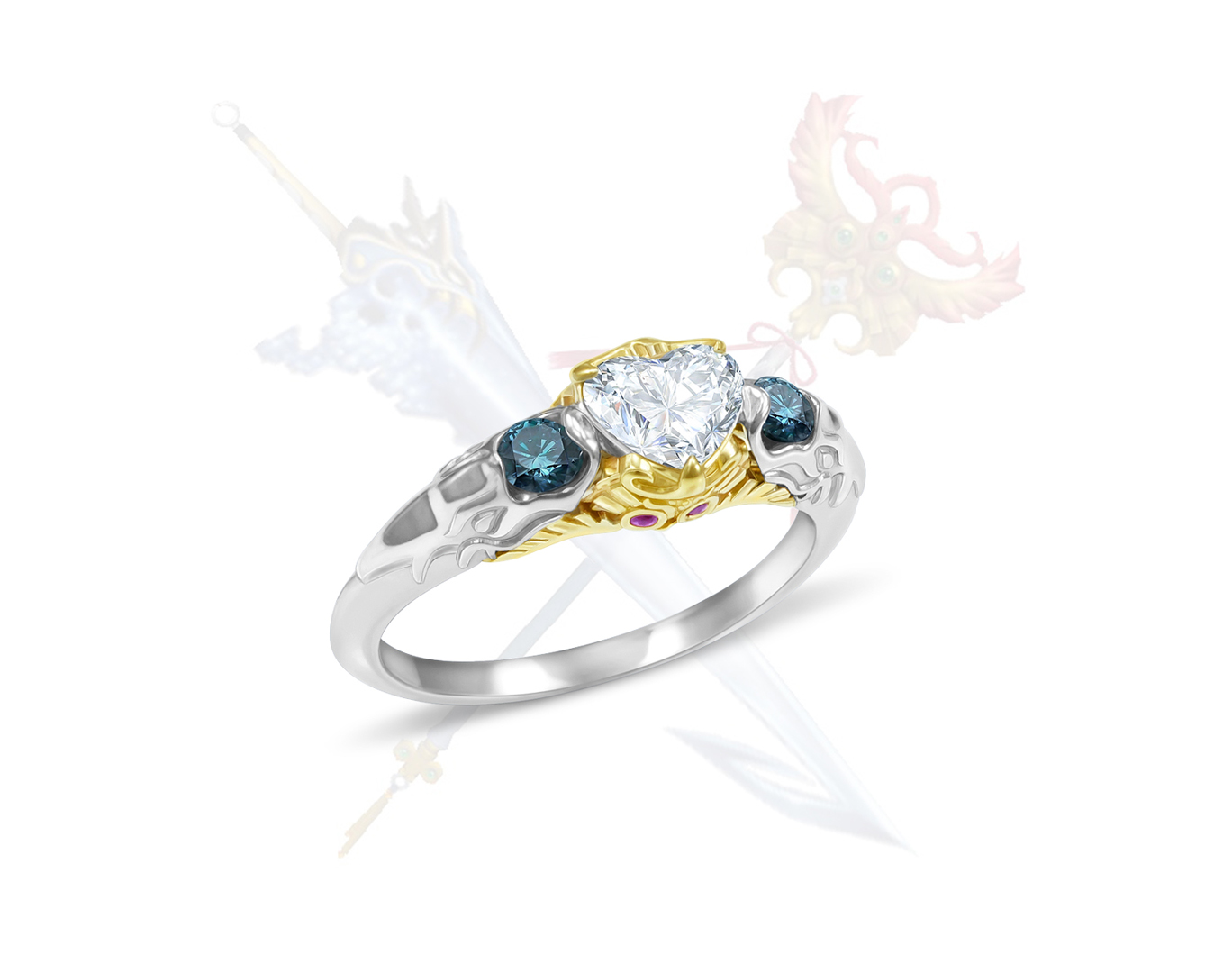 Craig fell in love with Keira while they were playing Final Fantasy X together, so when Craig was ready to propose, he wanted to design a ring for her that captured Tidus and Yuna’s love story. 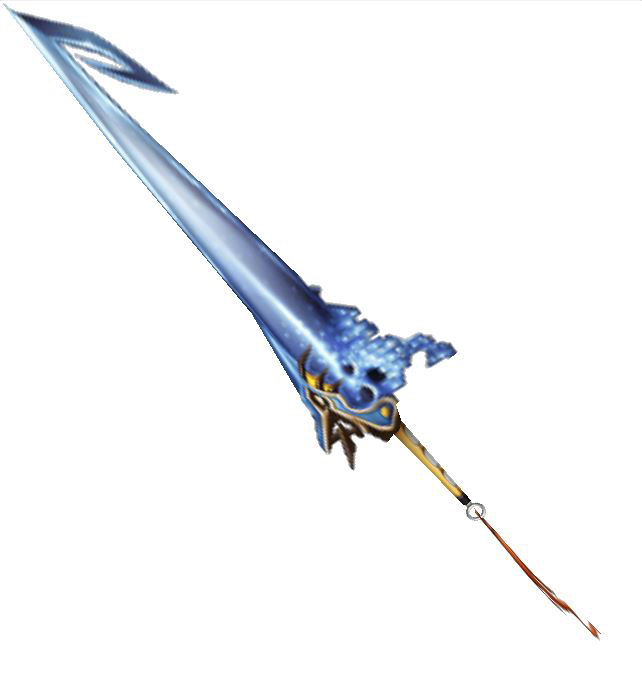 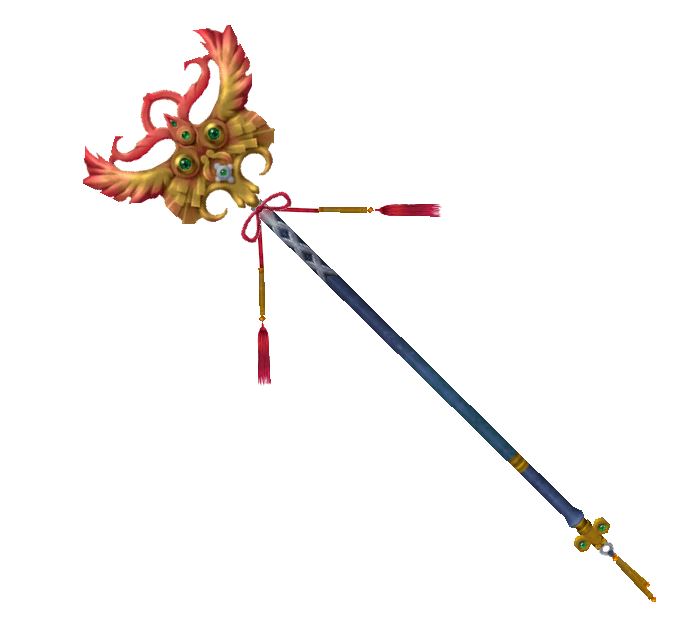 For his 14K ring, he wanted to use a heart shaped diamond framed by Yuna’s Nirvana staff and Tidus’s Brotherhood sword.

We initially played around with using the sword on one side and the staff on the other side, but due to their very different shapes, the slim staff contrasted with the bulky sword blade made the design a little unbalanced.

Instead, Takayas decided to use the Brotherhood as the foundation for the band with the Nirvana elevated on top as the main centerpiece to symbolize Tidus’s support for Yuna. 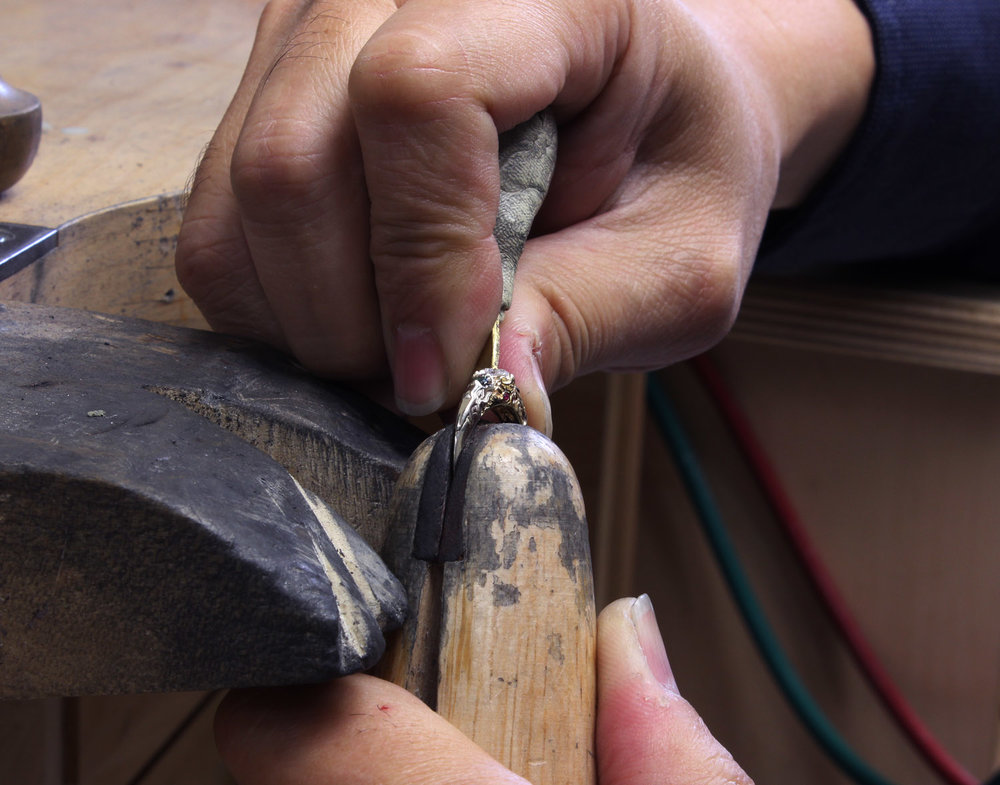 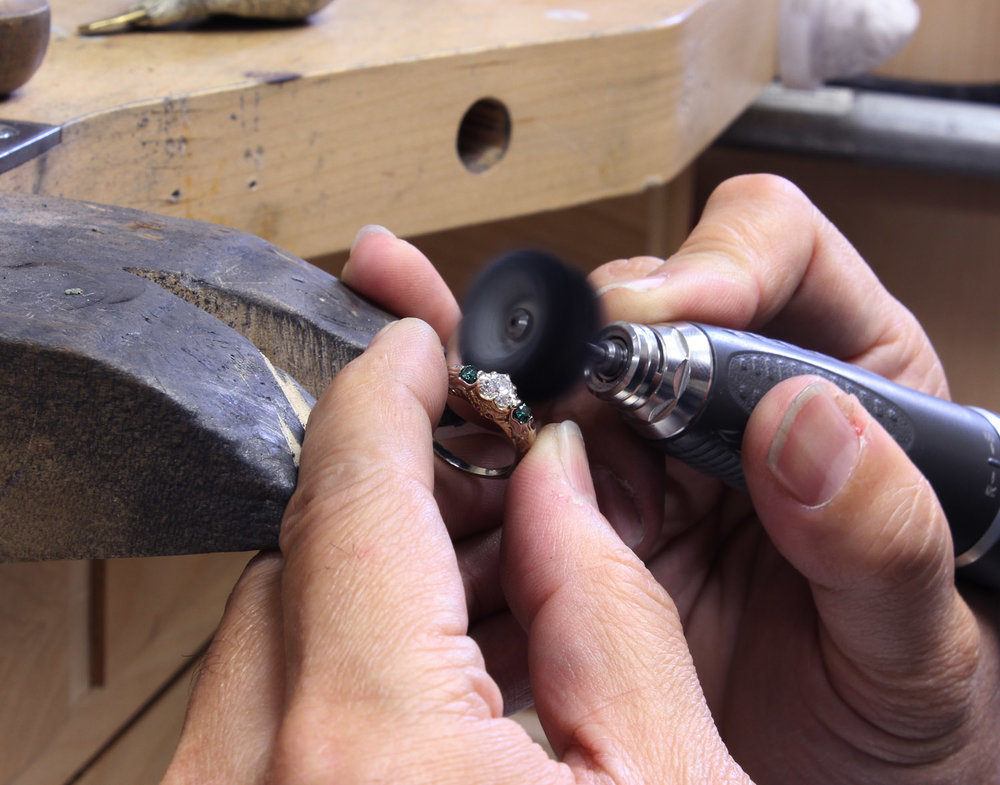 The .50 ct diamond center stone is framed by two blue diamond side stones, and four pink sapphire accent gems are built into the sides of the ring two mirror the stones in Yuna’s staff.

Lastly, on the inside of the band Craig requested we engrave, “This is our story,” as a play on the FFX opening, “This is my story”. 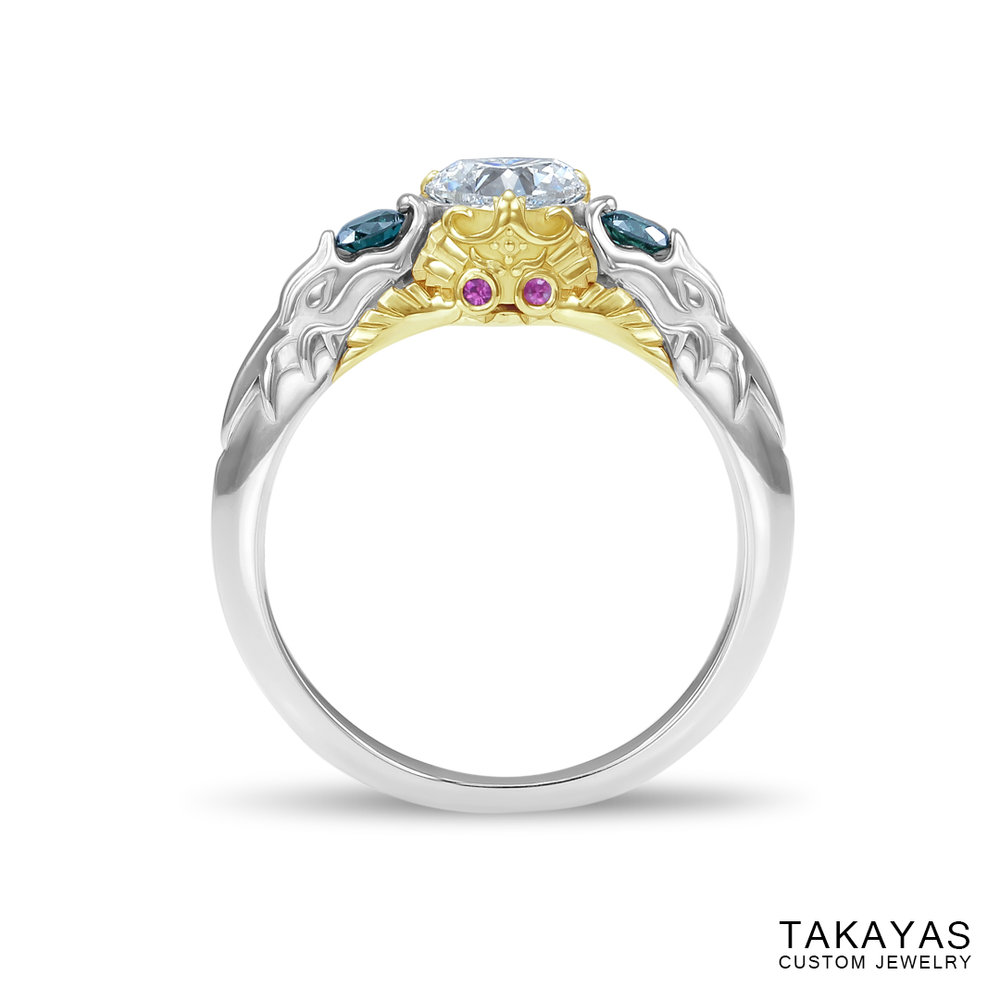 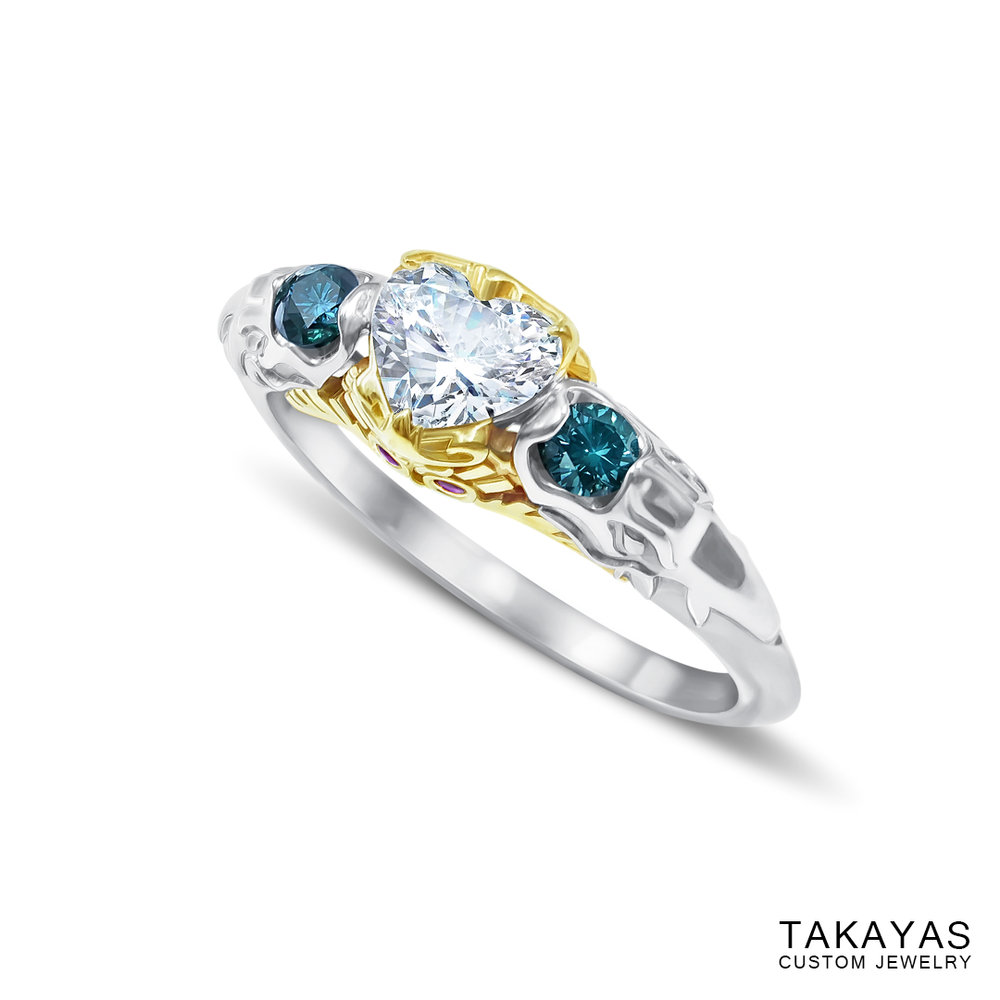 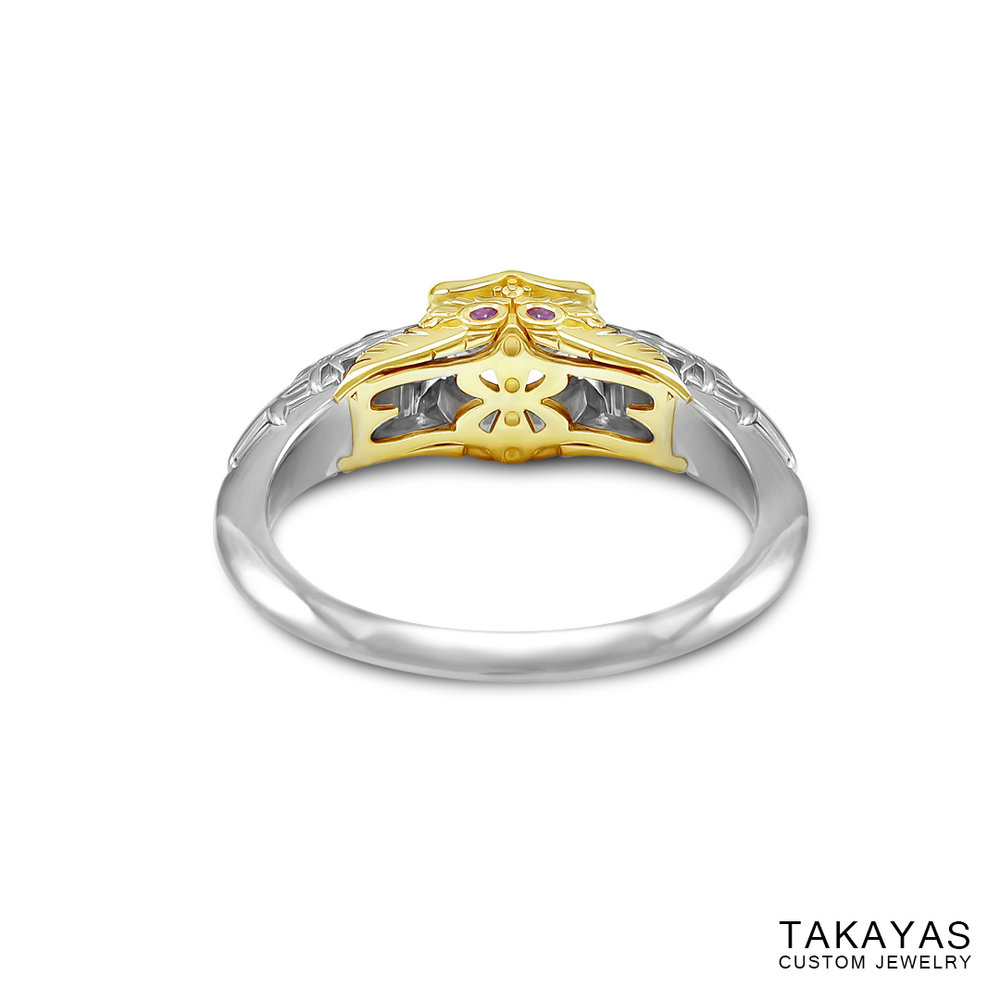 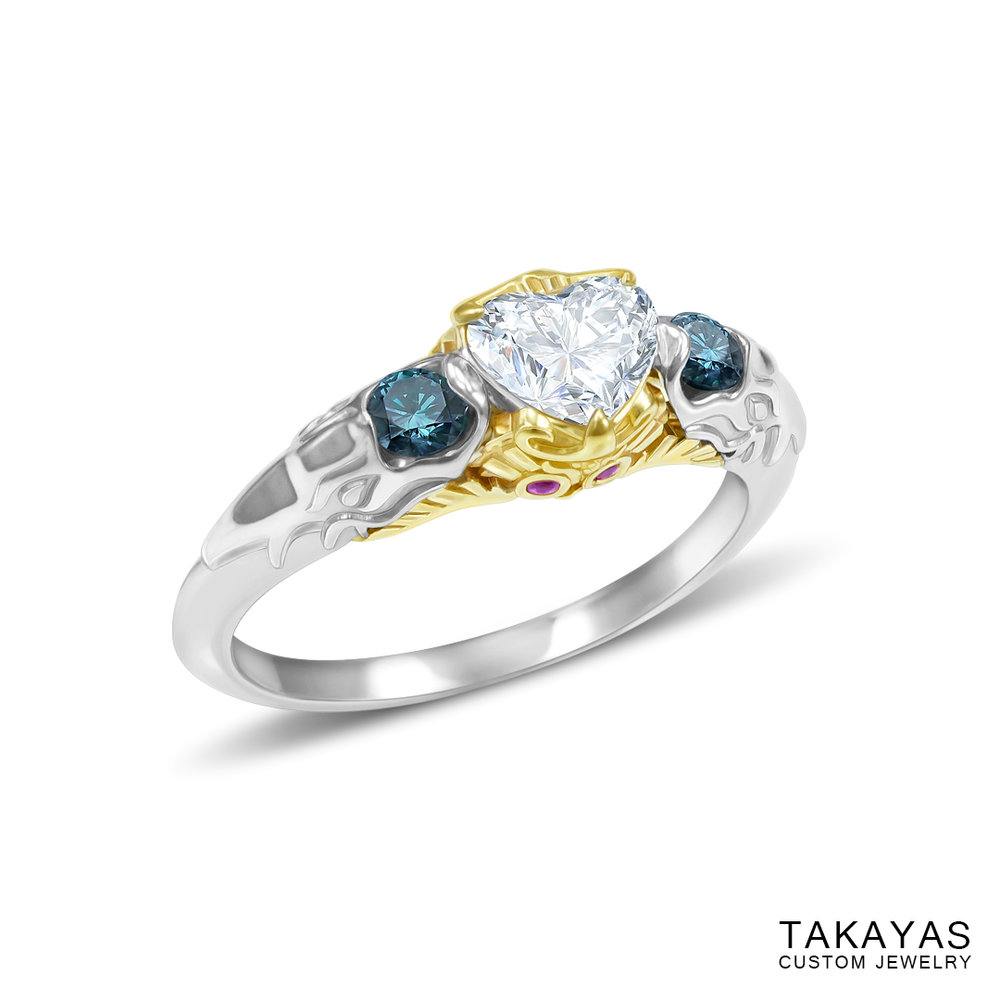 After we finished the ring, we were ecstatic to hear that Keira said yes! We wish them both an absolutely wonderful future together.