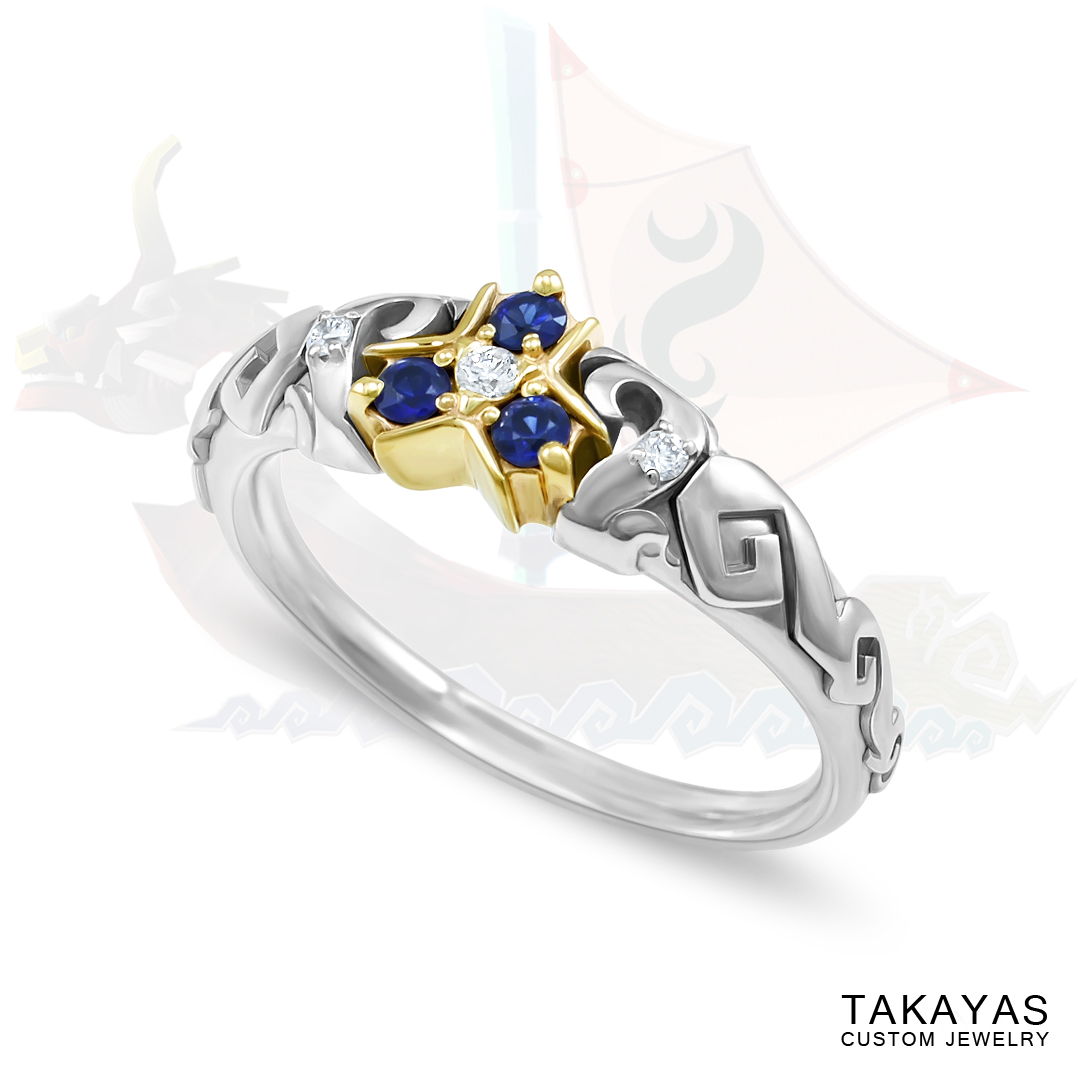 When Eric was ready to propose, he reached out to us to design a sapphire engagement ring that incorporated a water theme from the Legend of Zelda series.

He was a fan of our previous Zora ring from our Spiritual Stone Collection, but for his ring, he wanted to create a custom sapphire centerpiece with amore literal interpretation of theZora’s Sapphire design in the game. 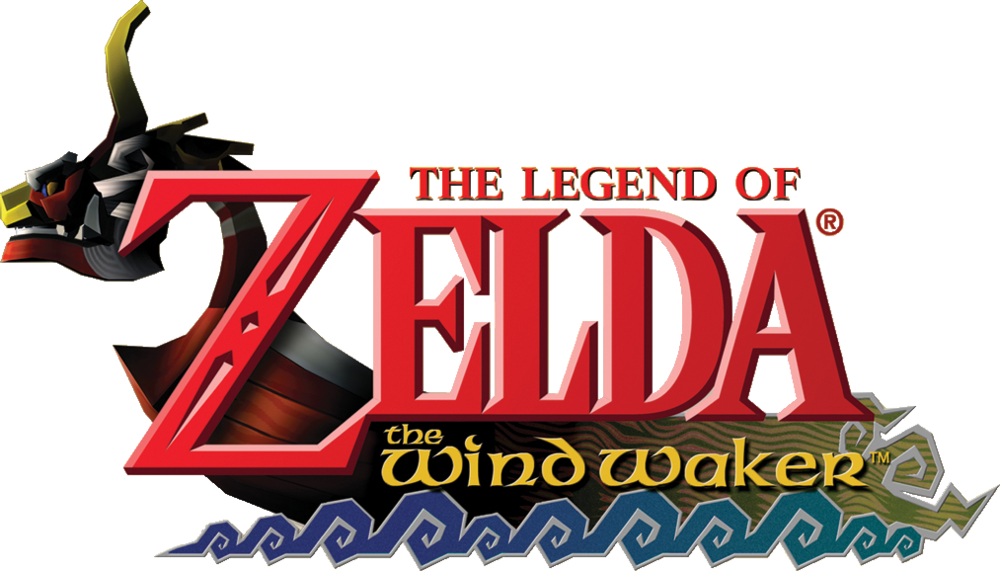 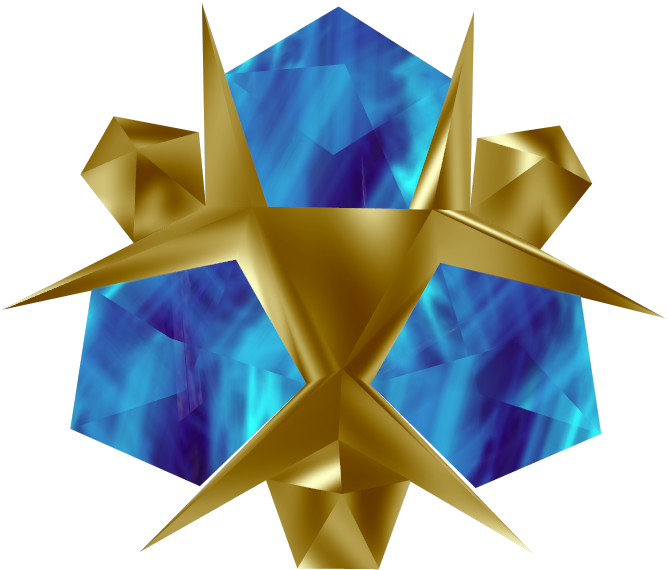 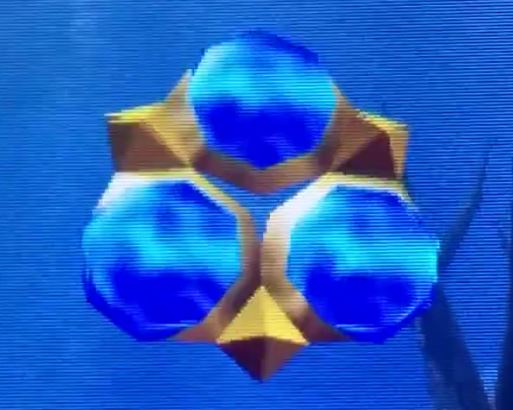 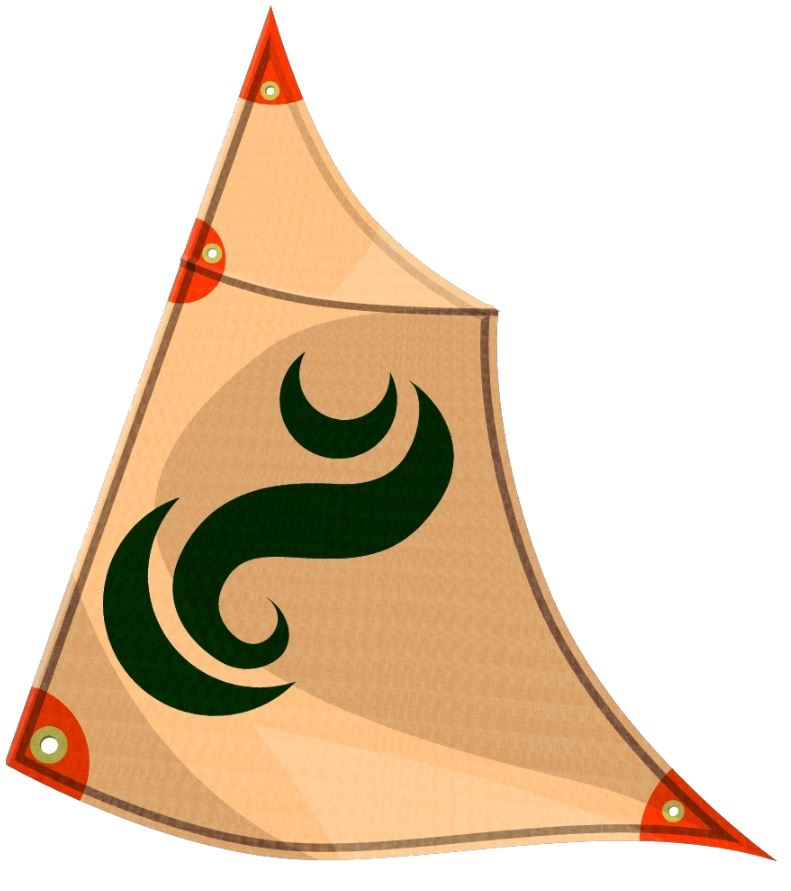 For reference, Ericsupplied several sample images of different Legend of Zelda water elementsincluding screenshots of Zora’s Sapphire from the Ocarina of Timeas well as the wave patternfrom The Wind Waker cover art.

Rather than do a standard engraving on the band for the wave pattern, Takayas 3-D printed and casted the wave pieces separately and soldered them on top of the band to add a little dimension to the design. The waves also taper with the band. 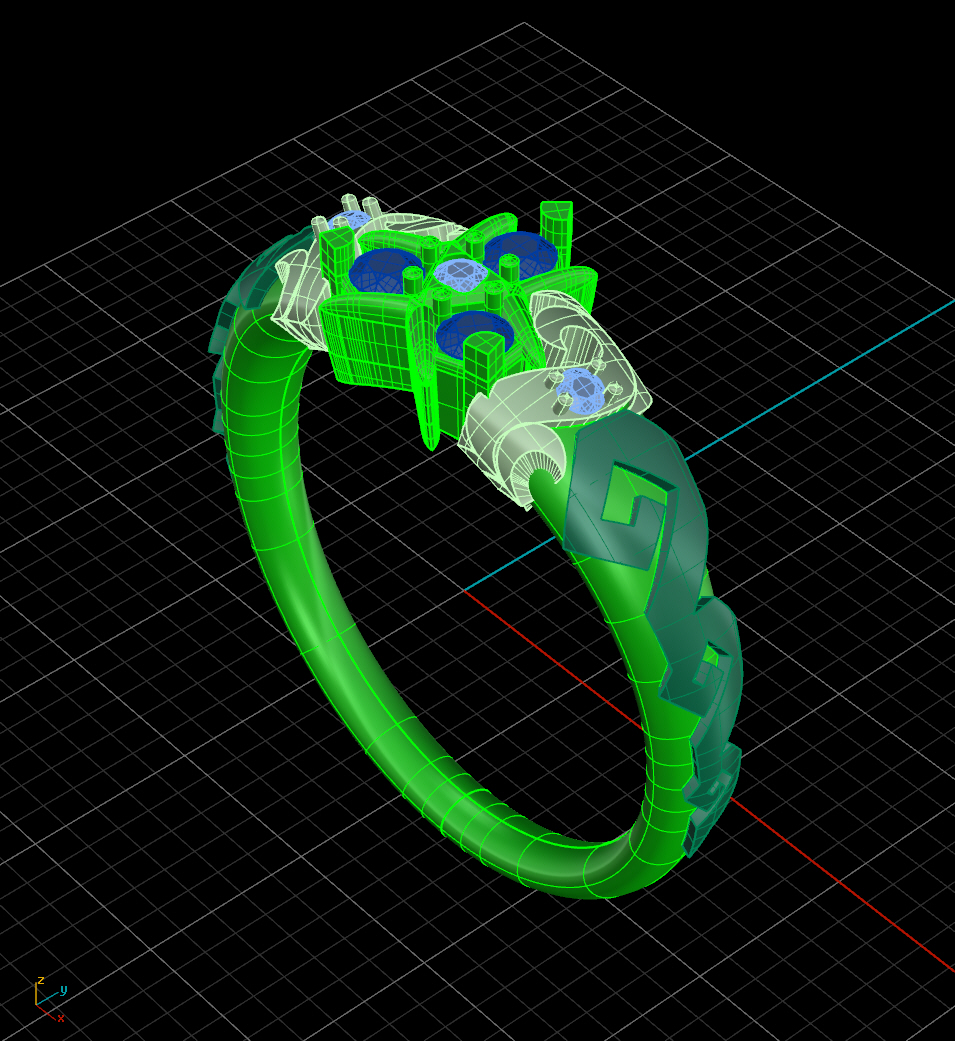 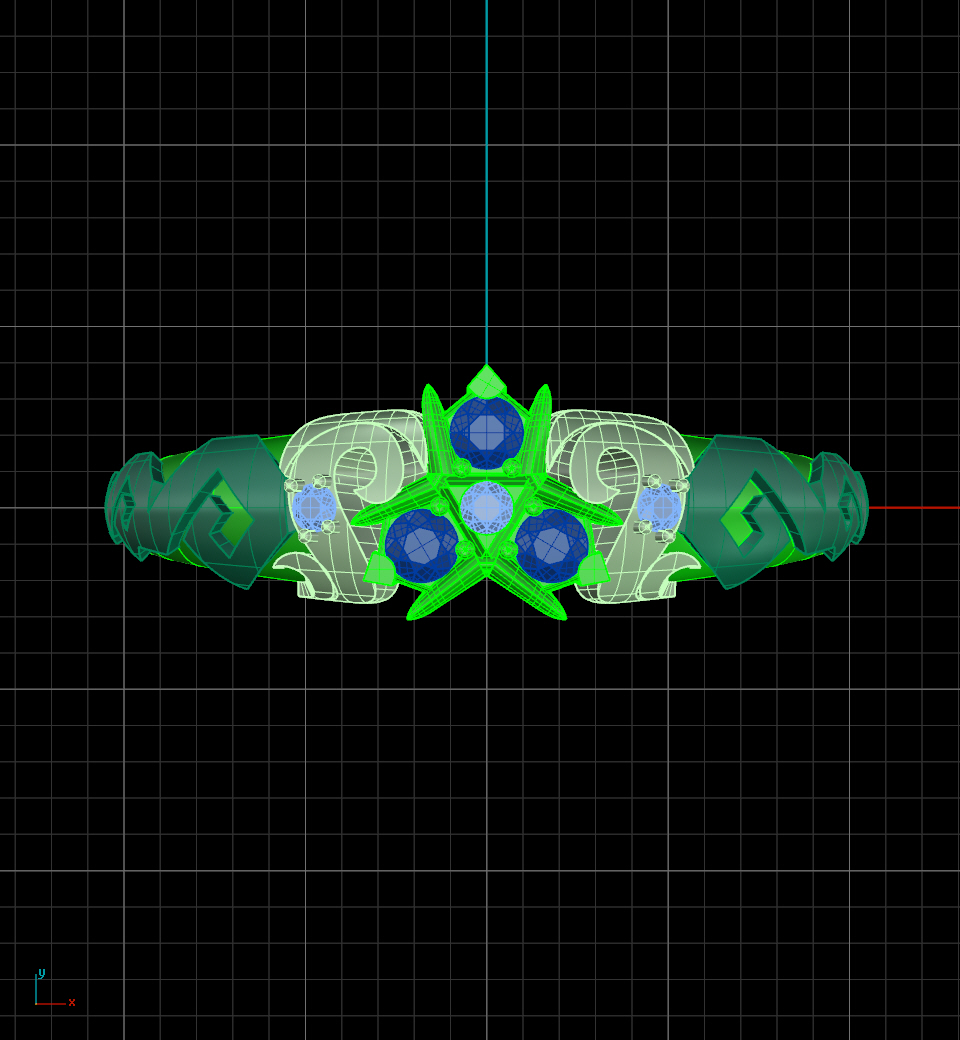 To transition the band to the Zora centerpiece, Takayas added the Wind Waker symbol fromthe sail of Link’s ship on either side of the Zora.

For the Zora’s Sapphire, Takayas modeled it to look less rounded and more angular like the Zora in the game. Eric also liked a two-tone metal look so Takayas casted the Zora setting in 14K yellow gold. 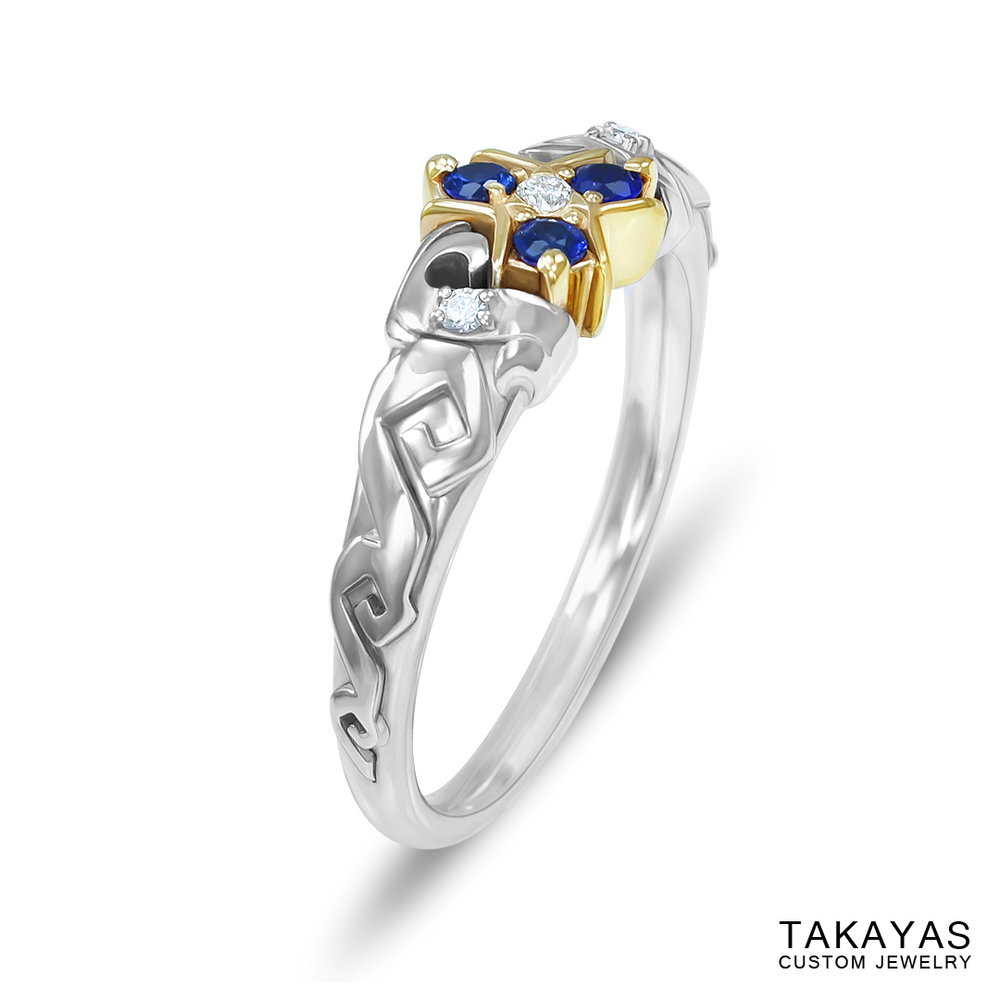 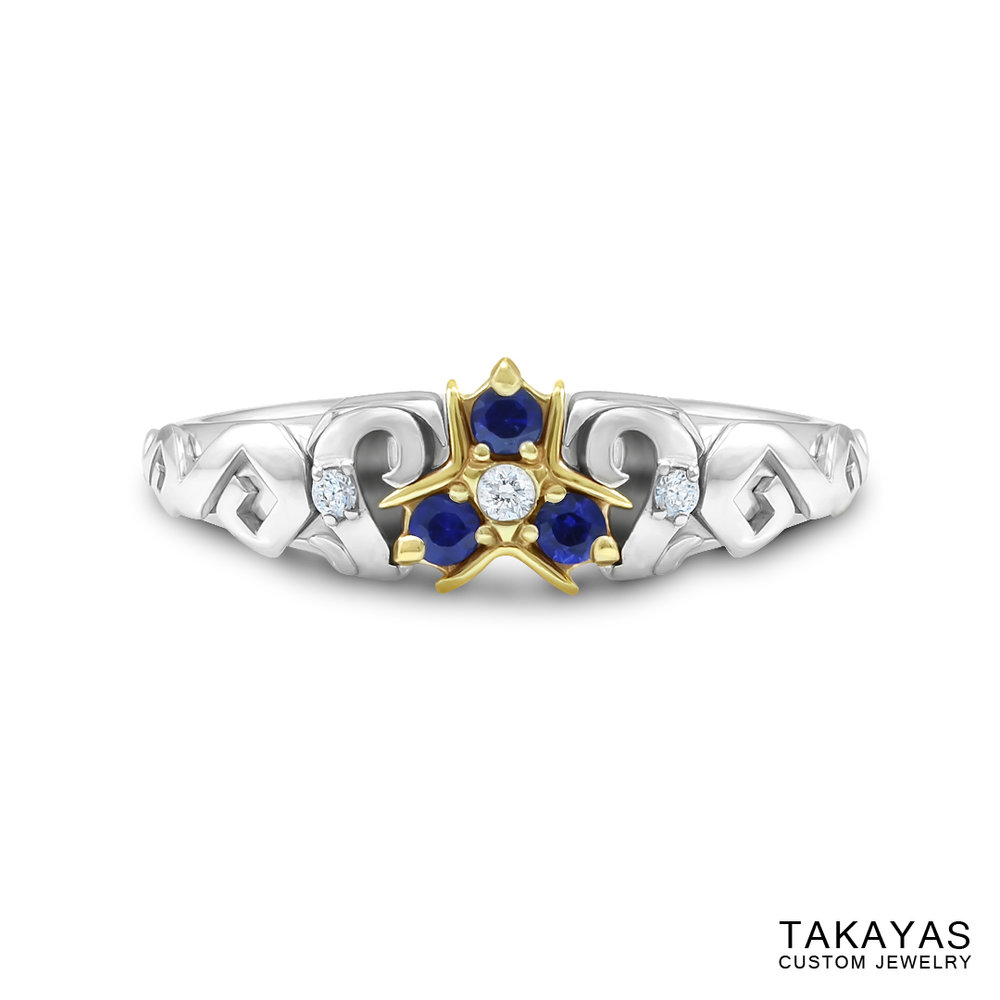 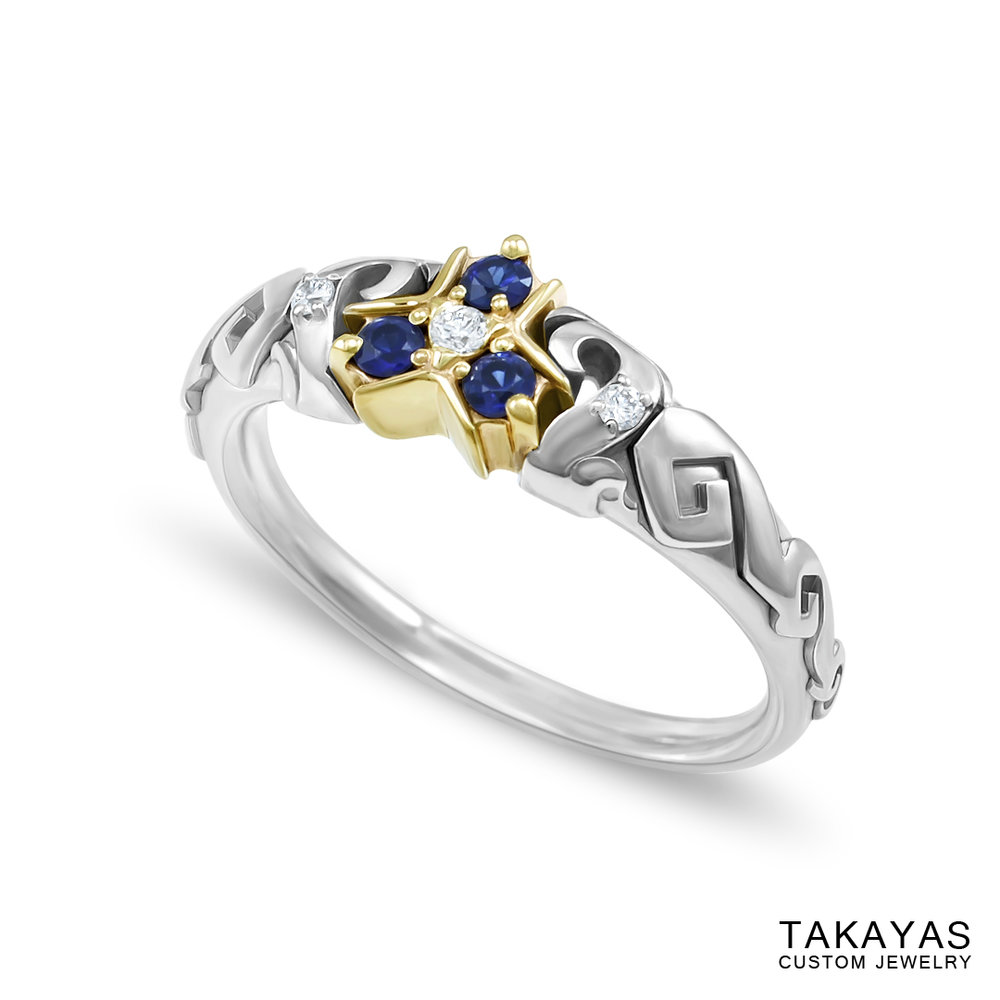 Congratulations Eric and Cecy on their engagement, and best of luck with all of the wedding planning!