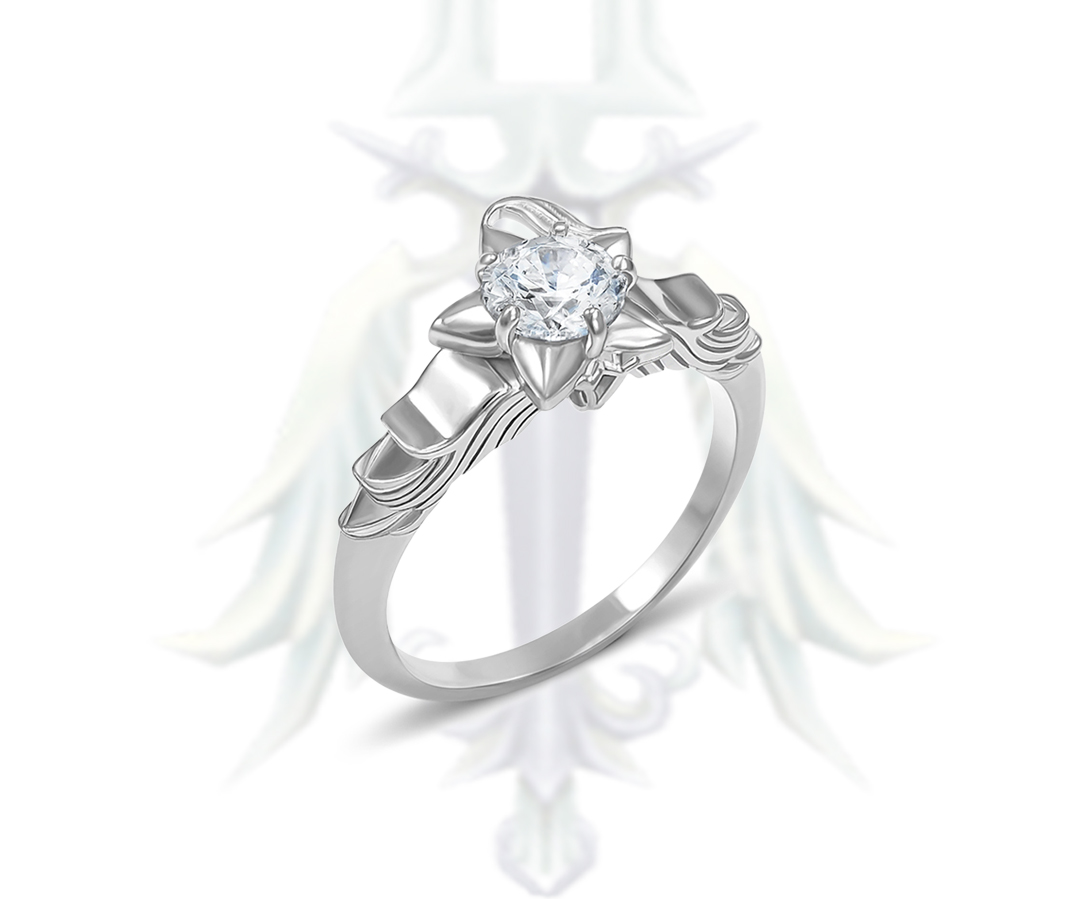 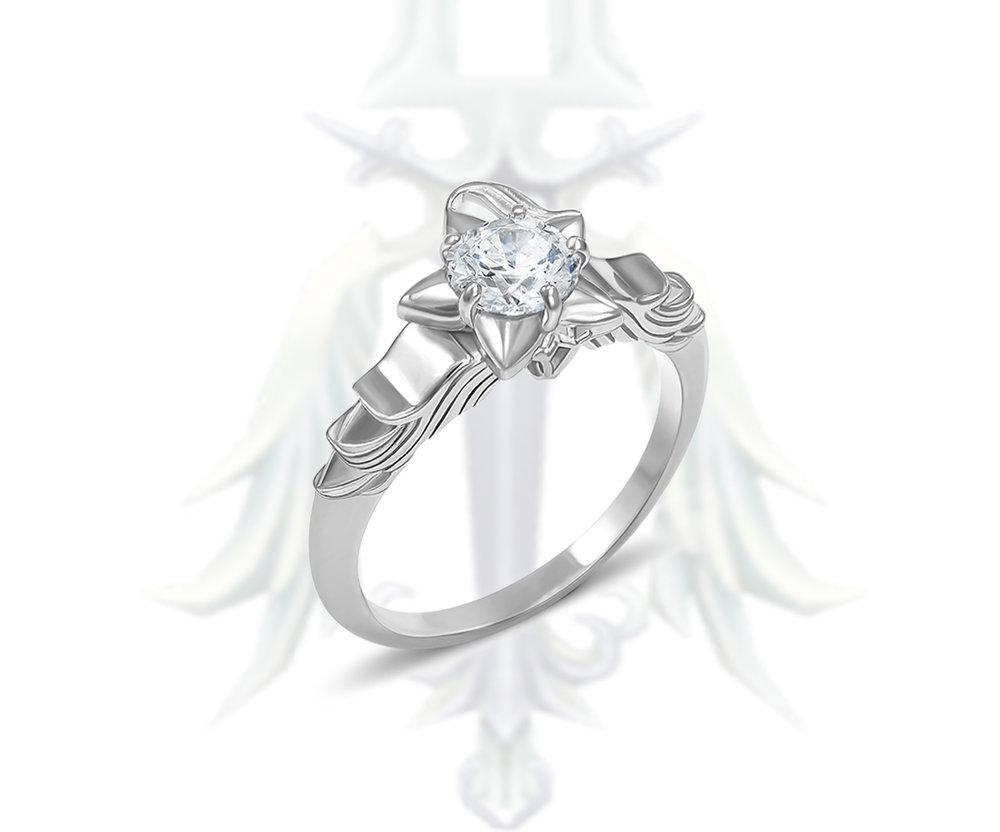 It’s hard to believe it’s been almost a year since we created our first Kingdom Hearts engagement ring. Since then, we’ve been delighted to received Keyblade ring requests of all types from Destiny’s Embrace to Divine Rose.

This custom 14K white gold and diamond engagement ring we created for Jefferson and Maria is based onthe same Oathkeeper as our previous ring but with a different take on the Keyblade.

For their ring, Jefferson wanted to find a way to do a different spin on the Oathkeeper designthat also incorporated the game’s Paopu Fruit into the setting. 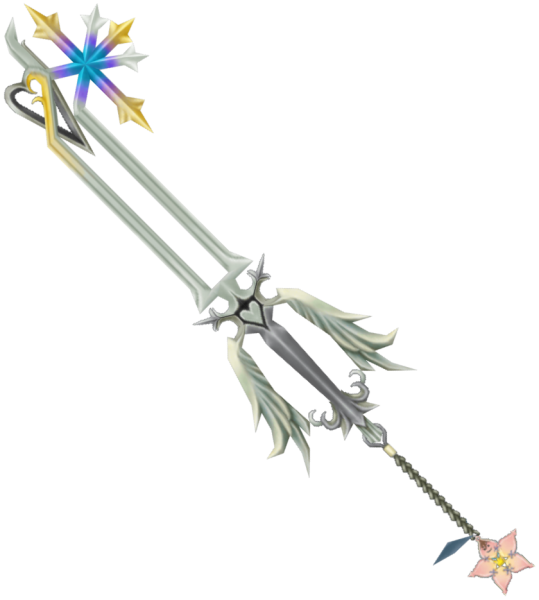 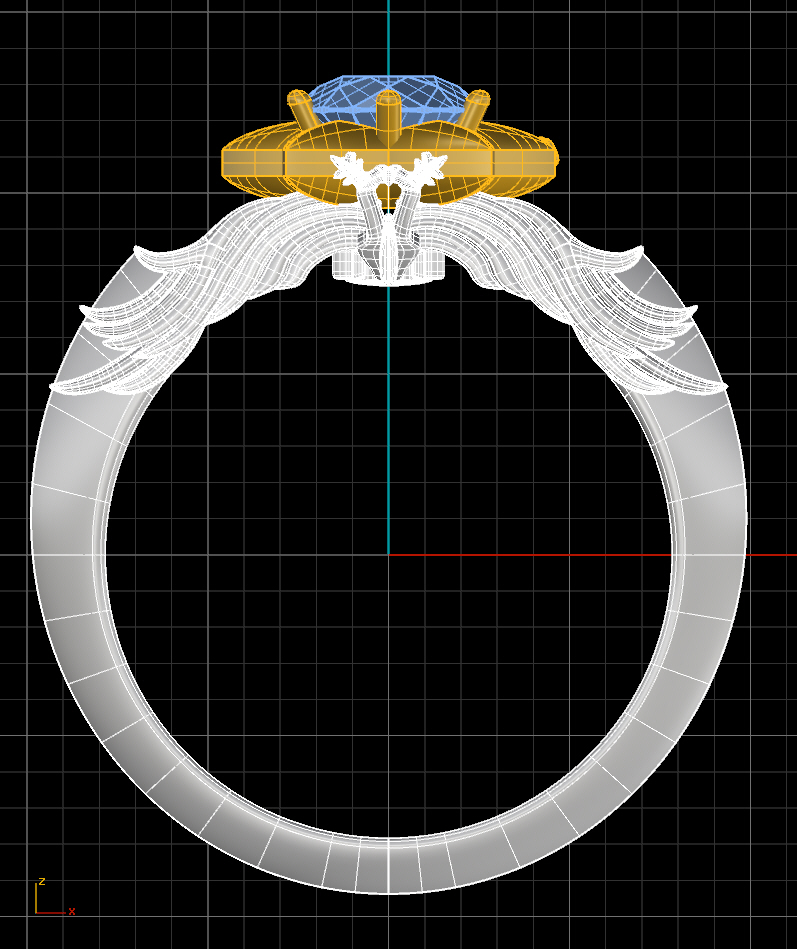 In the sample Paopu Fruit image Jefferson provided, the fruit had a puffiness to it so Takayas startedby designingthe star shape with a little dimension.

He thought aboutusing only the star partfor the diamond’s setting, but in the end, he decided to keep the leaf becausehe thought it was symbolically important to the Paopufruit. 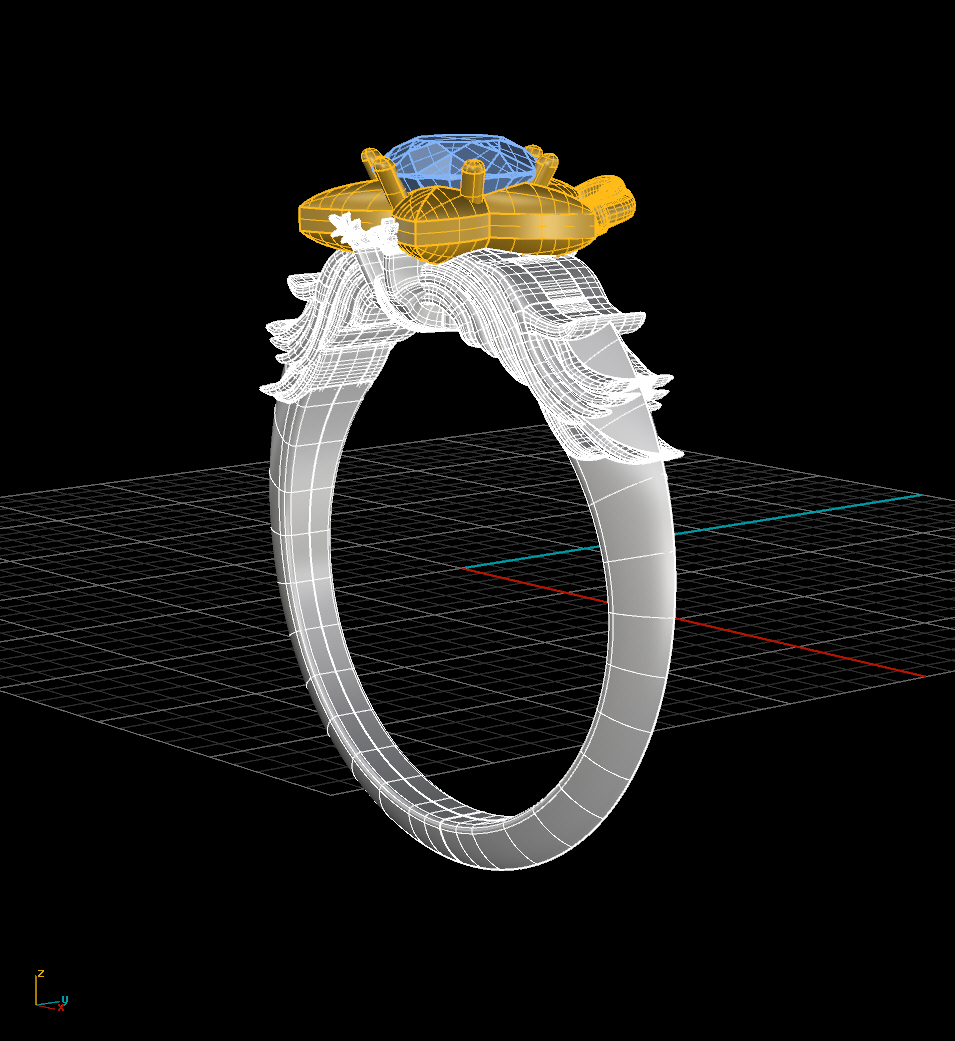 Since the wingswerean iconic part ofthe Oathkeeper’s design, Takayas kept the featheredguard aspect, but he changed the wings’ orientation. This also helped to draw the eye’s focus up toward the diamond.

The band is a knife edge style to help to slim down the ring and add an elegance to the design. 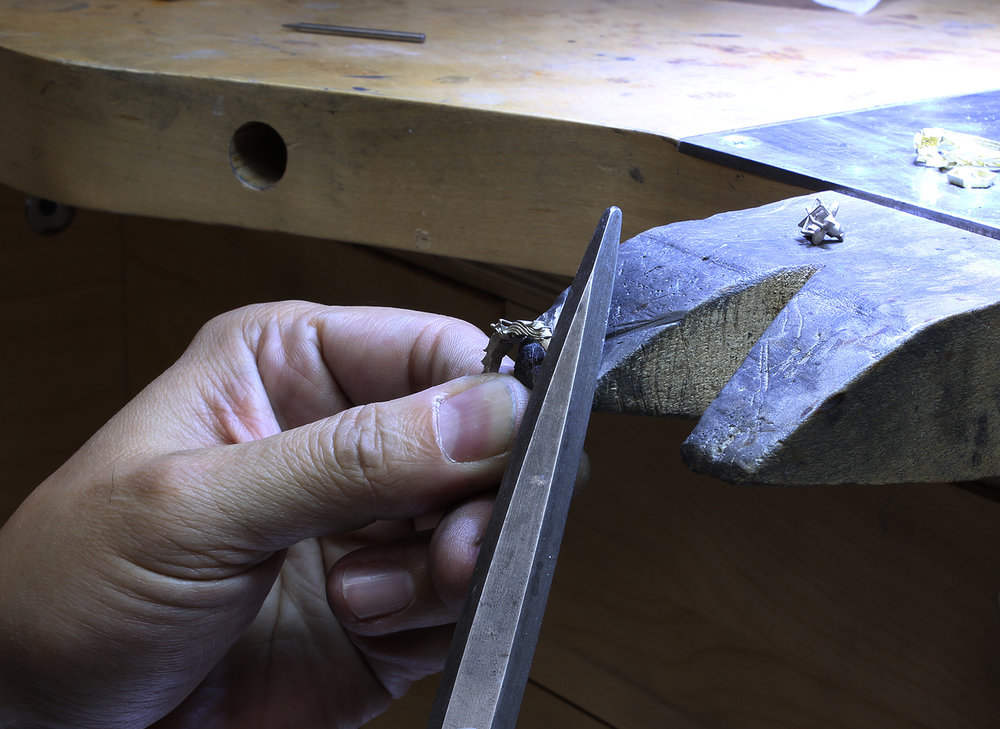 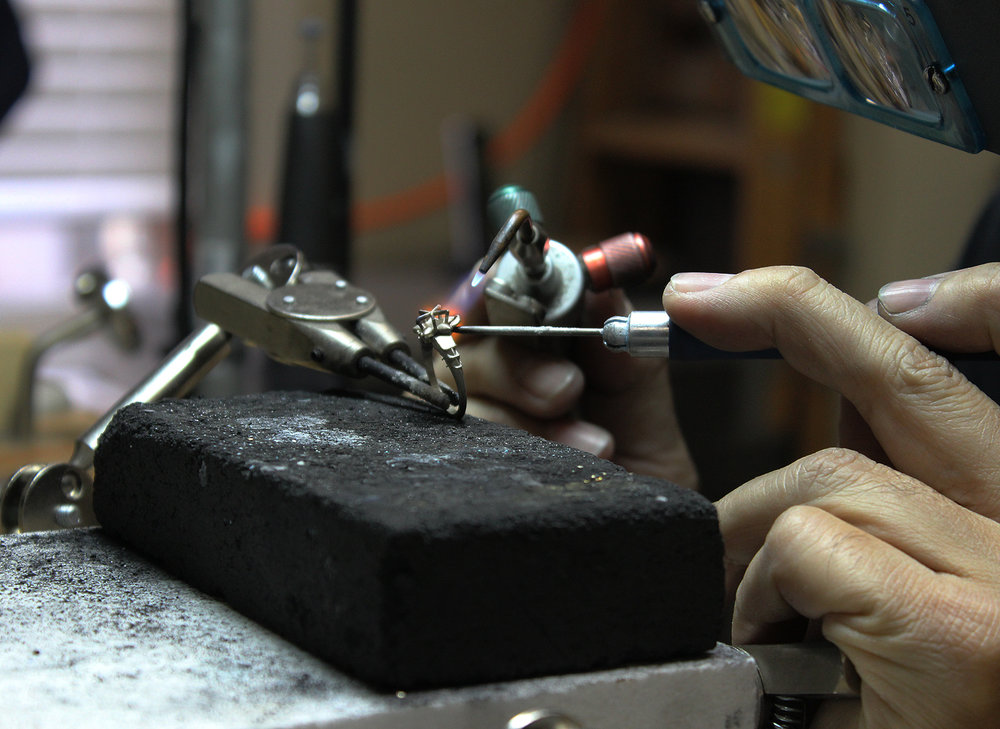 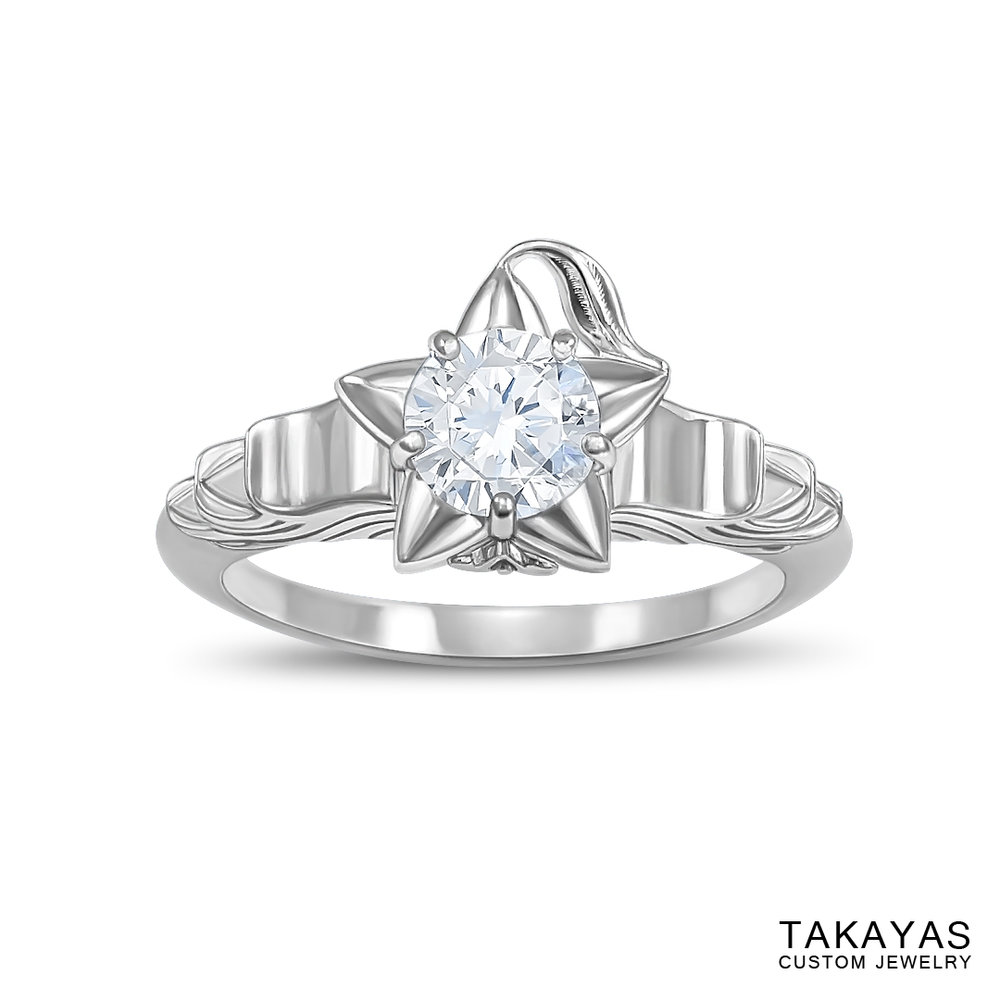 To add a little playfulness to the Paopu Fruit,Takayas used a high polish on most of the ring, but he left the surface a little rough near the leaf’s middlesection to mimic the veins in a real leafstem. 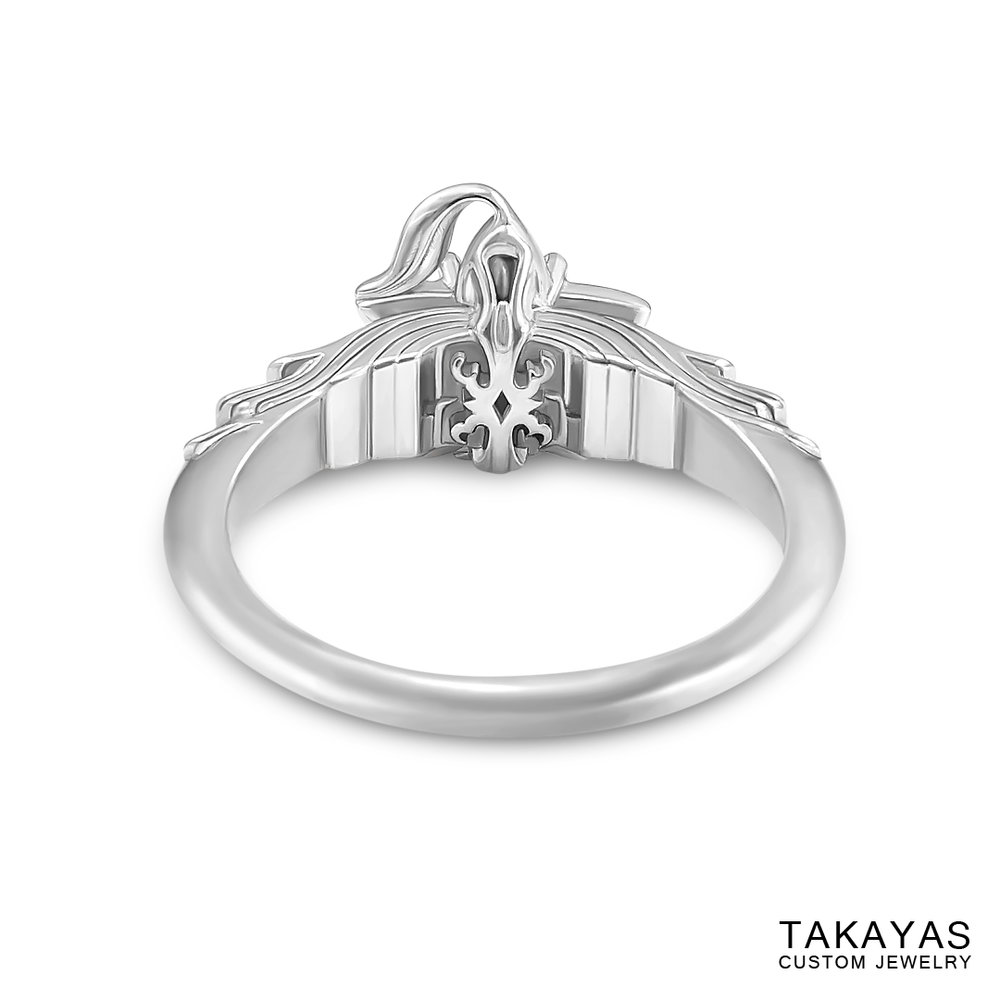 Since he didn’t use the Keyblade hilt on the main shank, Takayas decided tocreatea mirror reflection of the Oathkeeper’s hilt on the ring’s under gallery. The hilt also curves up into the Paopu fruit setting. 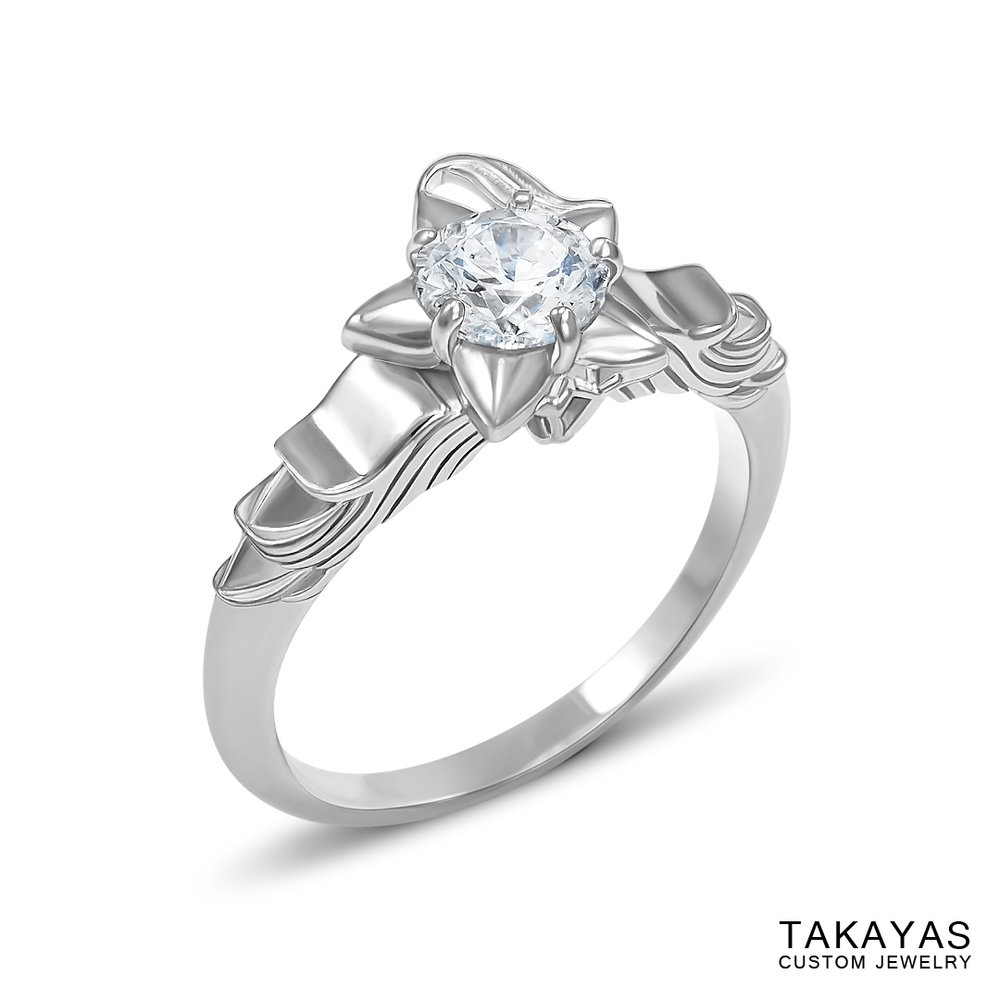 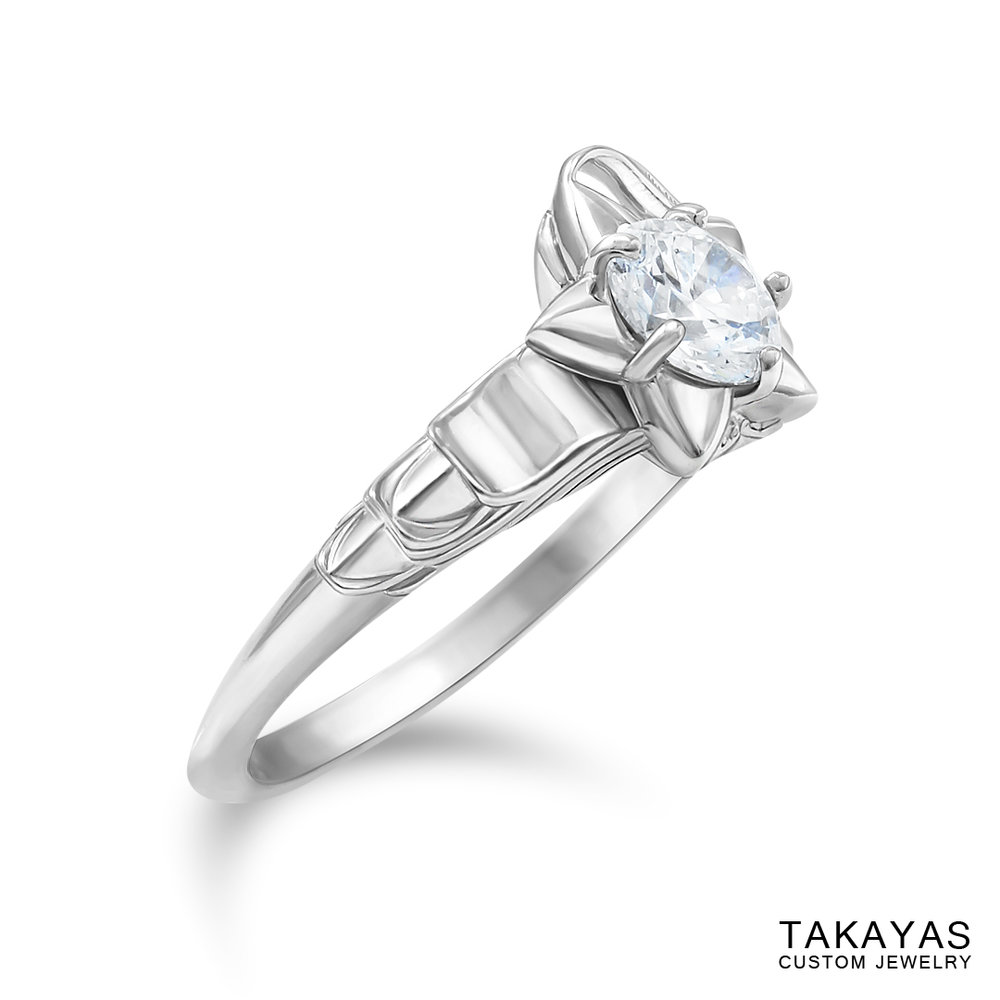 Receiving engagement pictures is one of our favoriteparts about designing wedding jewelry. 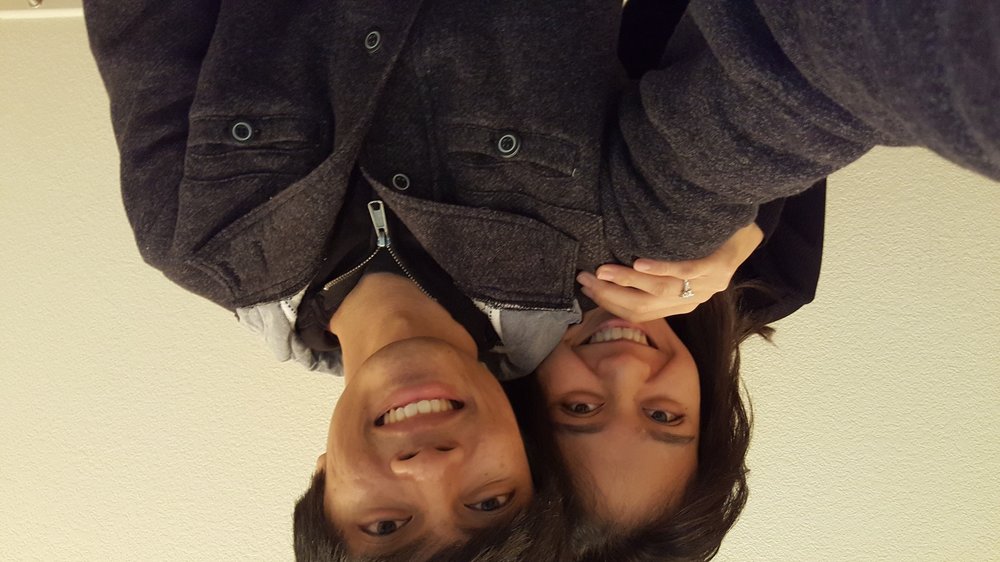 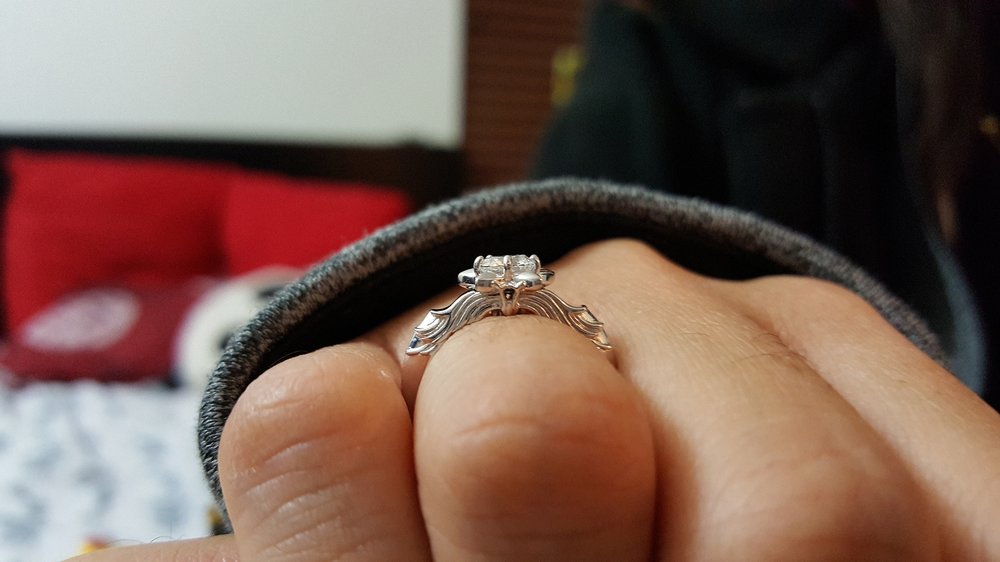 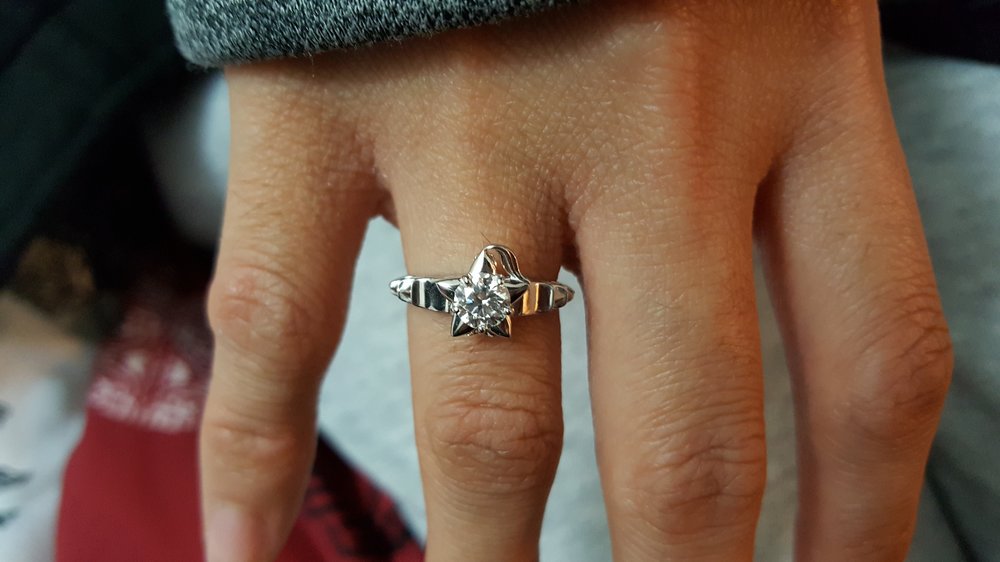 Wishing them both a lifetime of happiness together!