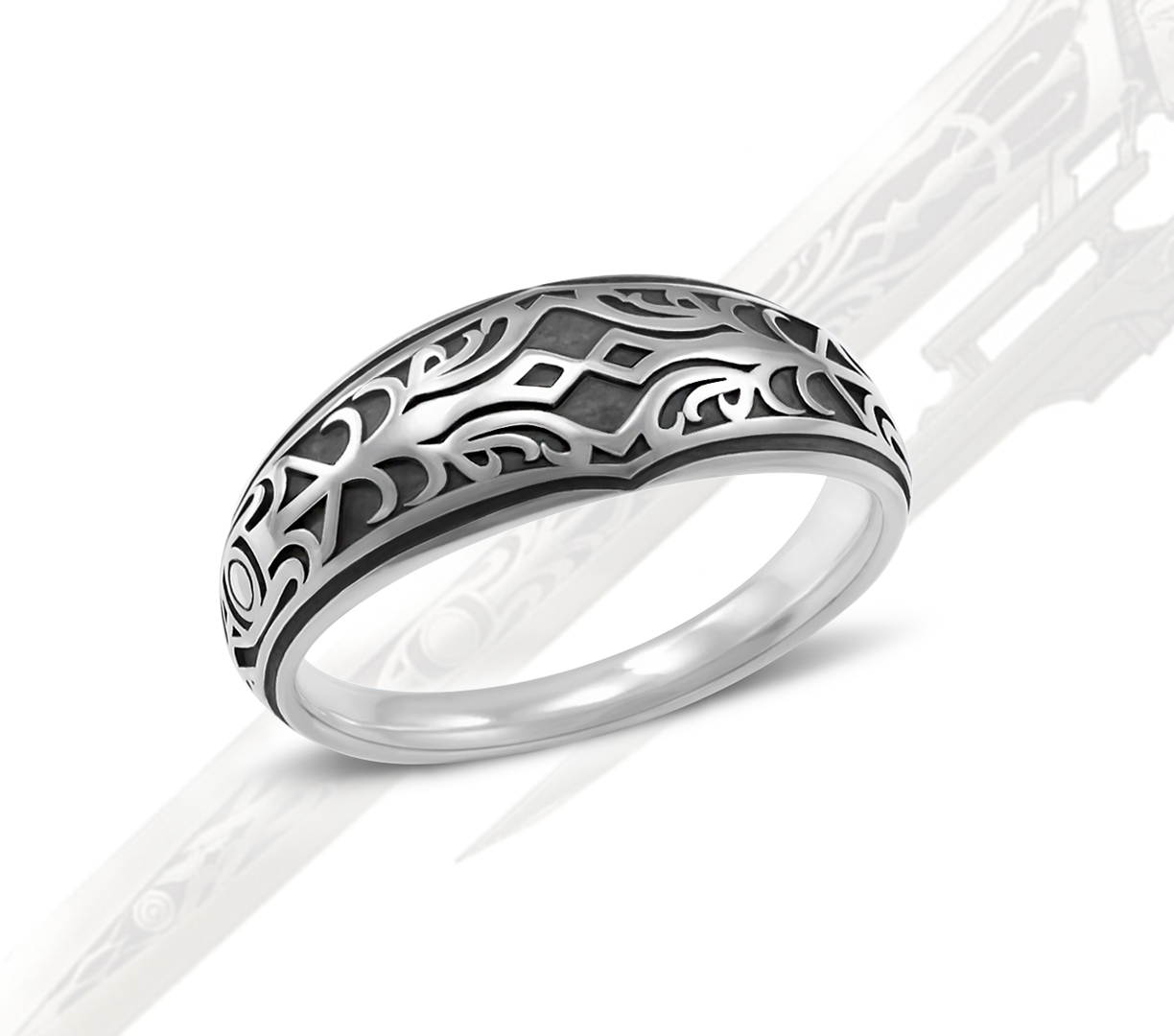 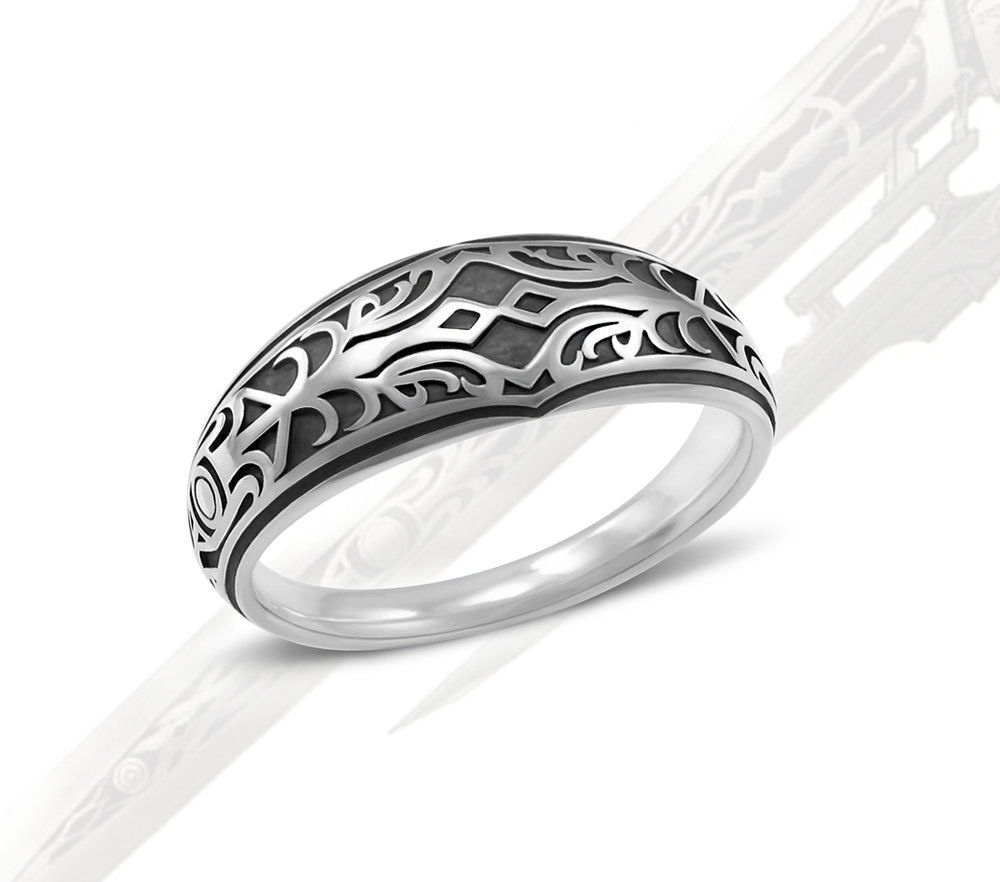 When Maggie reached out to us to design a Final Fantasy men’s ring, she said that her fiancee had fallen in love with the previous Lightning and Cactuar ring we had created, but they wanted to know if there was a way to make something similar with their own spin on it.

Jaime liked the two-tone look but wasn’t a fan of yellow gold, and he wanted to incorporate a rabbit on the inside of the band rather than Cactuars. 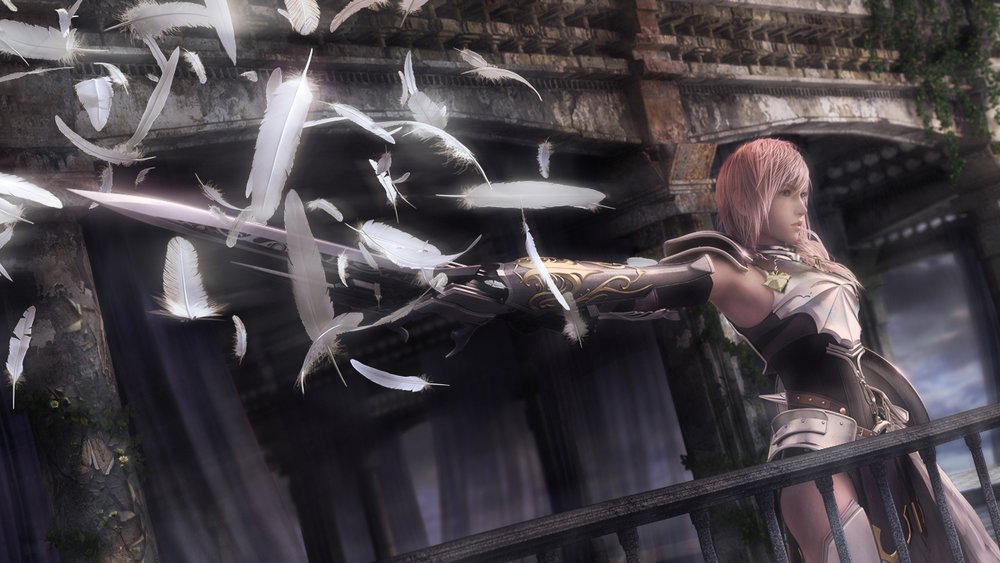 Any time a customer references aprevious custom ring we made as design inspiration for their project,Takayas has to find a way to interpret the design essence in a new way that won’t compete with the original piece.

The pattern on the original FFXIII-2ring was based on the gold pattern from the top of Lightning’s gunblade guard.

For Jaime’s ring, Takayas decided to use a different pattern from the blade section andcreate a mirror image of it wrapping around the band. The ring’s shape tapers in the back to follow the natural slopeof the sword point. 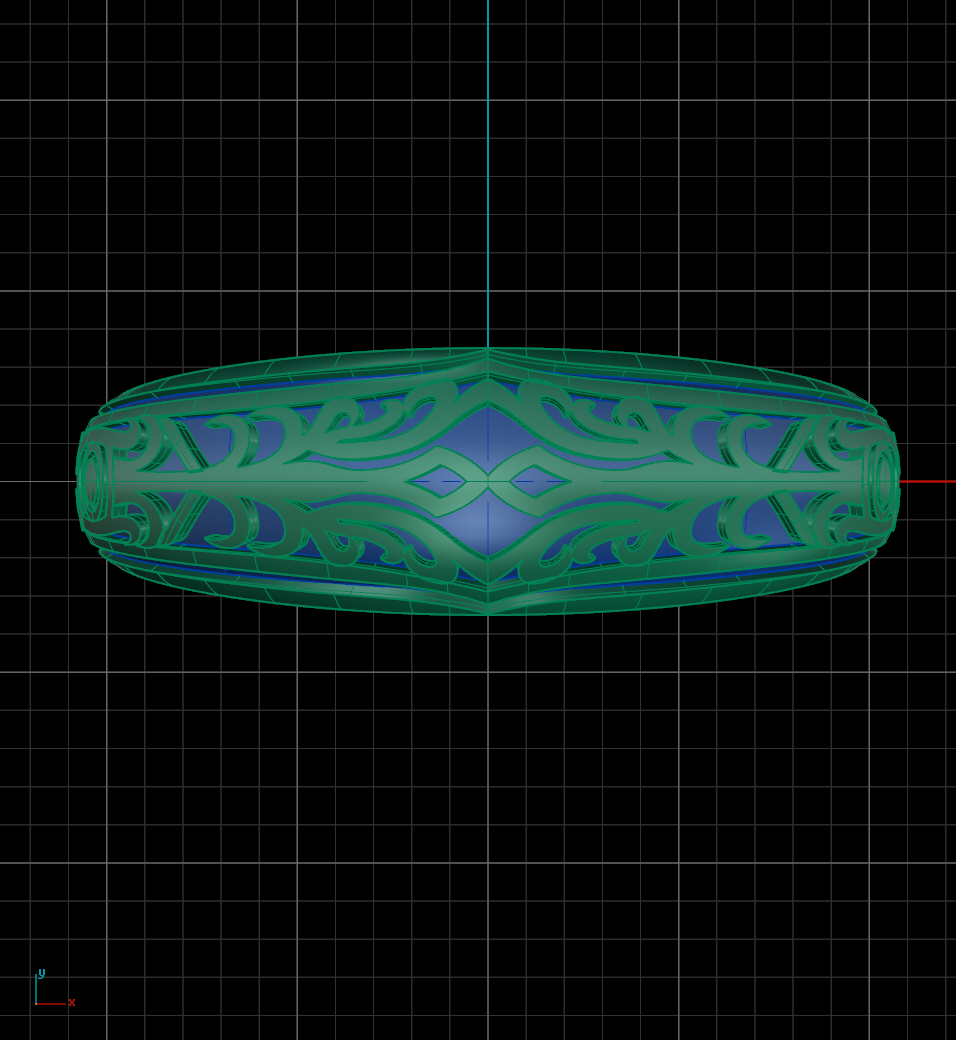 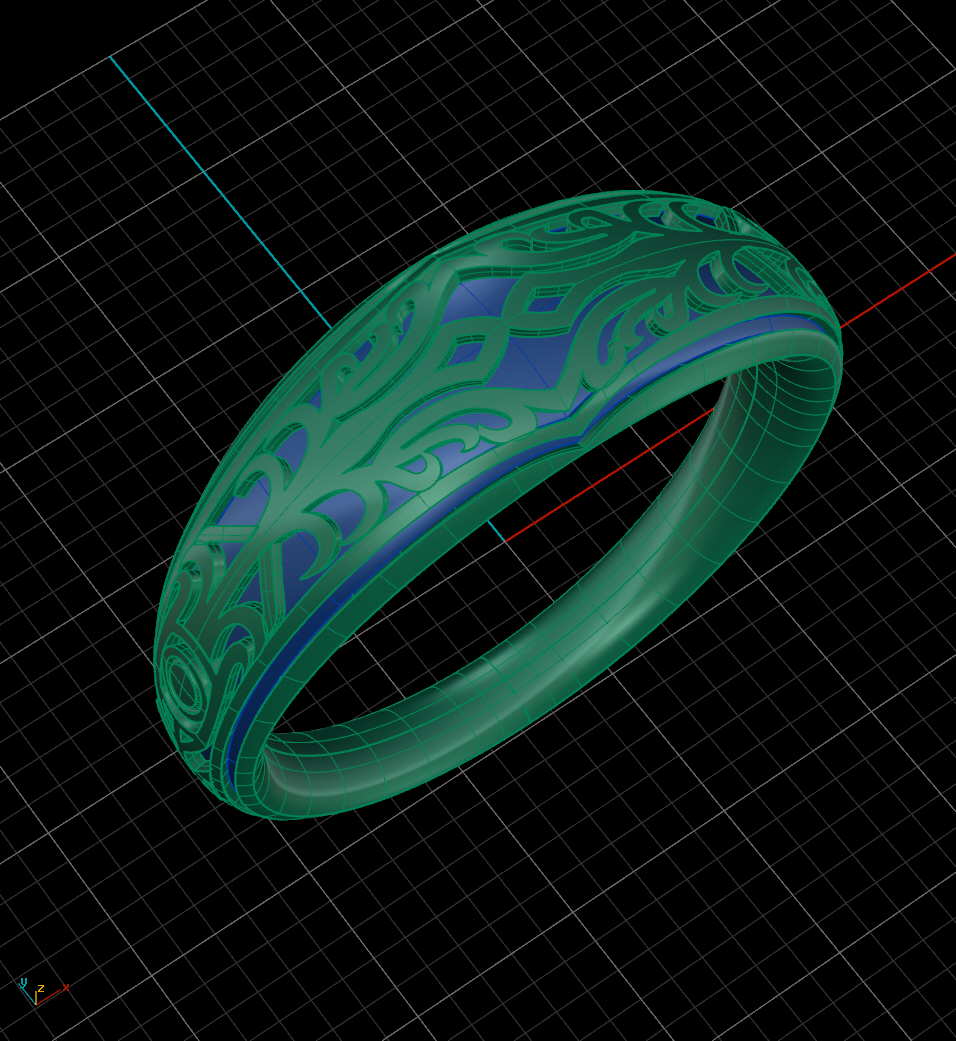 Toproduce a two-tone look, Takayas raised the sword pattern and recessed the darker base sections while he was designing the ring so that he could create contrast using a chemical process called oxidation.

He cast the band in sterling silver and then dipped it in a sulfur solution to give the whole ring a dark, antique look. As a final step, he polished away this oxidation on the raised sections to restorethe original, bright silver color while the recessed sectionsretained their dark, aged look from the oxidation. 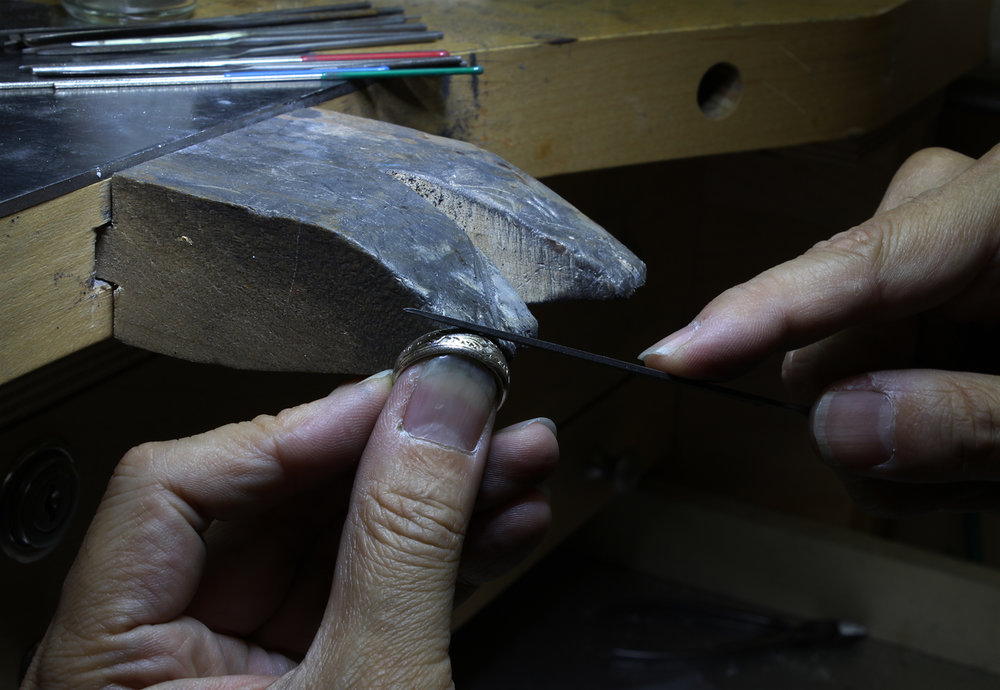 For the rabbit section in the ring’s under gallery, Maggie and Jaime supplied a few different sample images of rabbits to choose from. 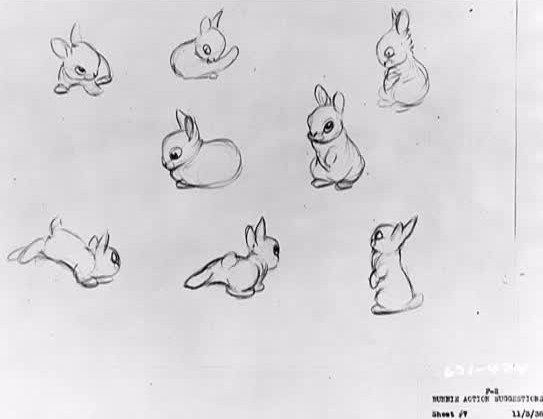 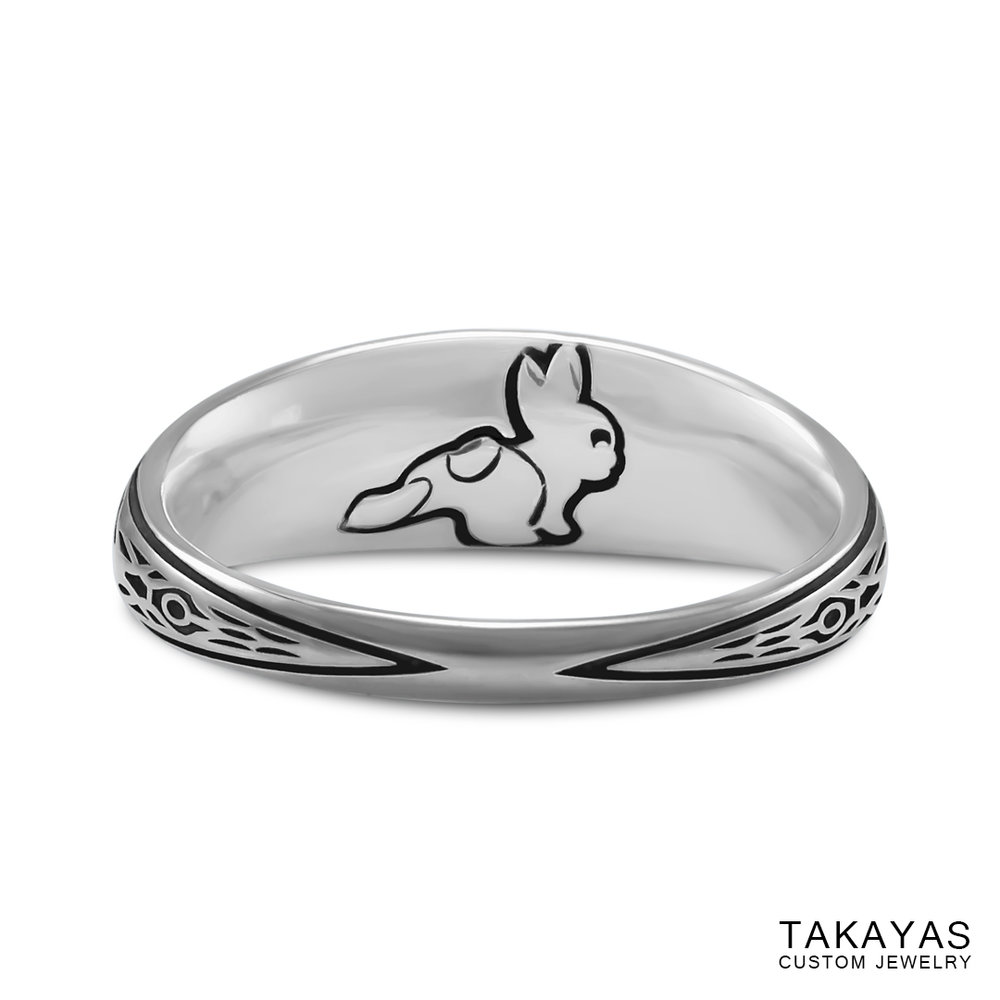 Takayas decided to go with the rabbit with the most movement for a unique twist. This rabbit’s horizontal pose also lent itself well to the band’s shape. 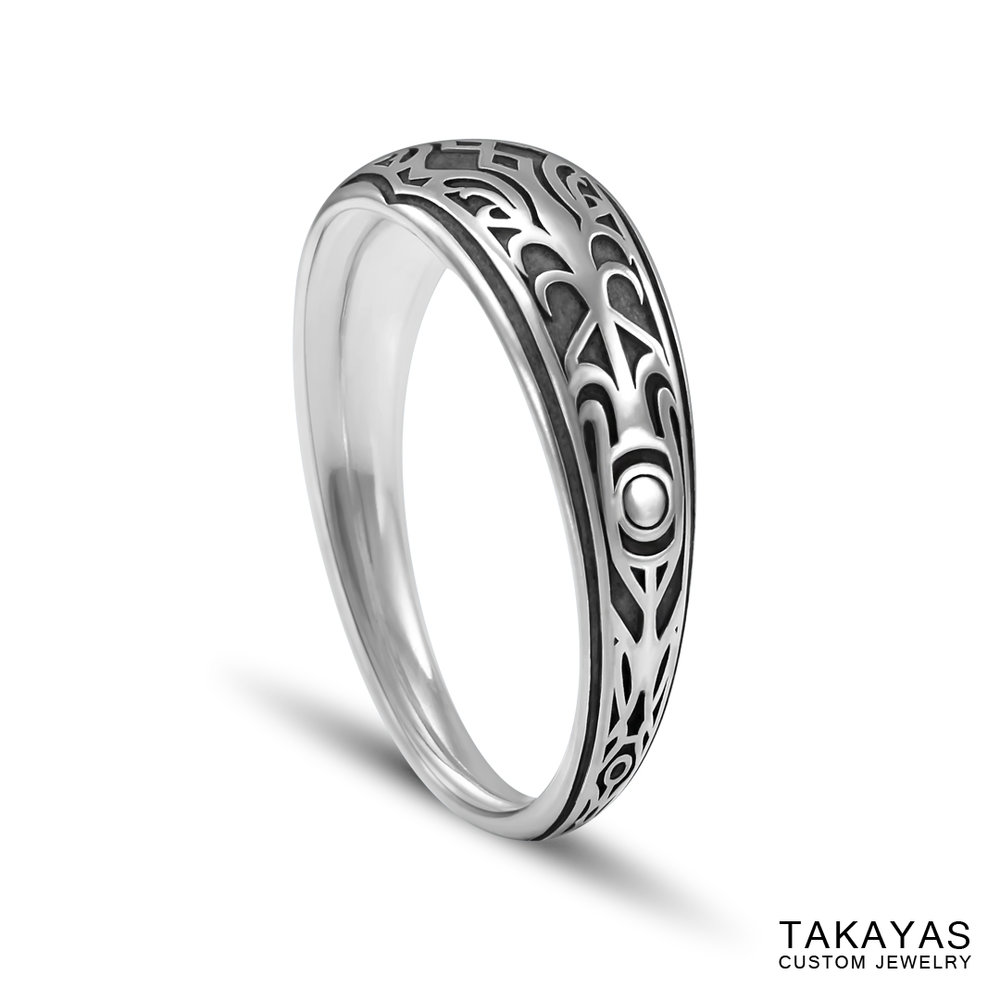 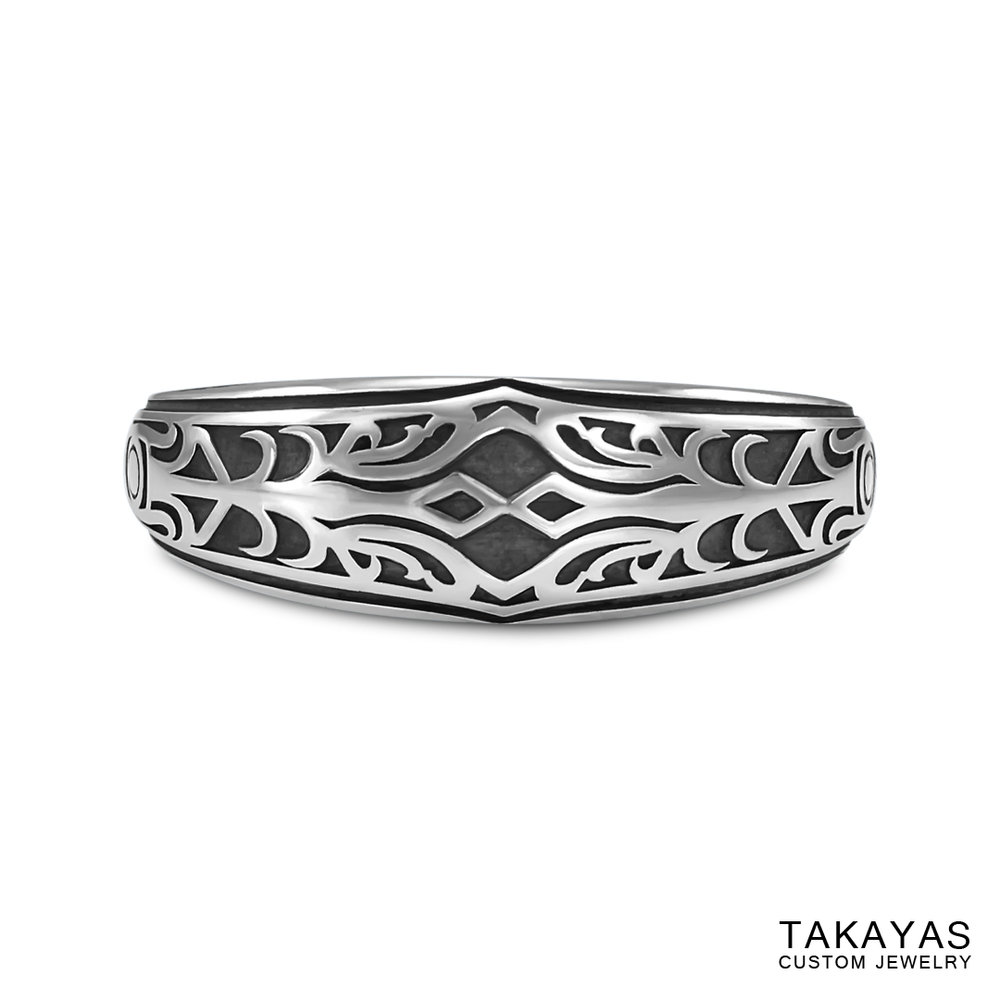 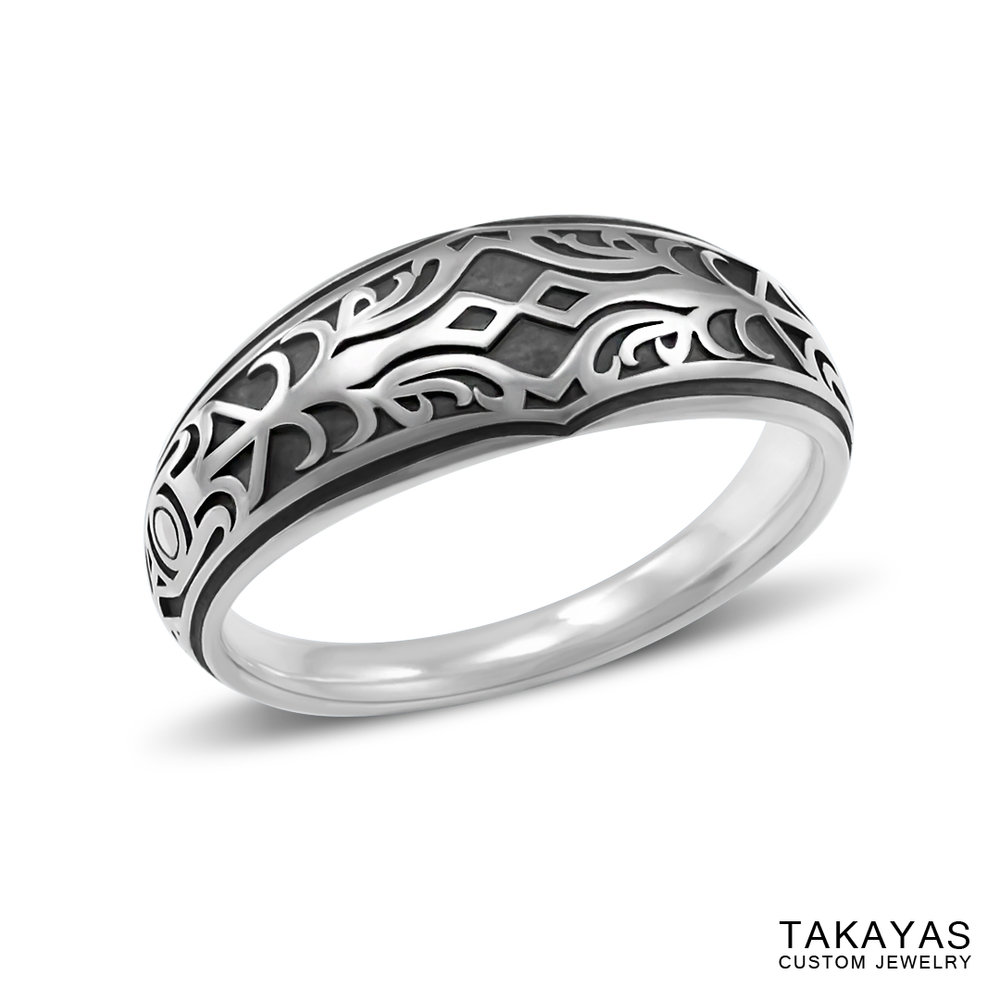 It was ourprivilege to design such an important jewelry piece in their lives. Many congratulations to the newlyweds!