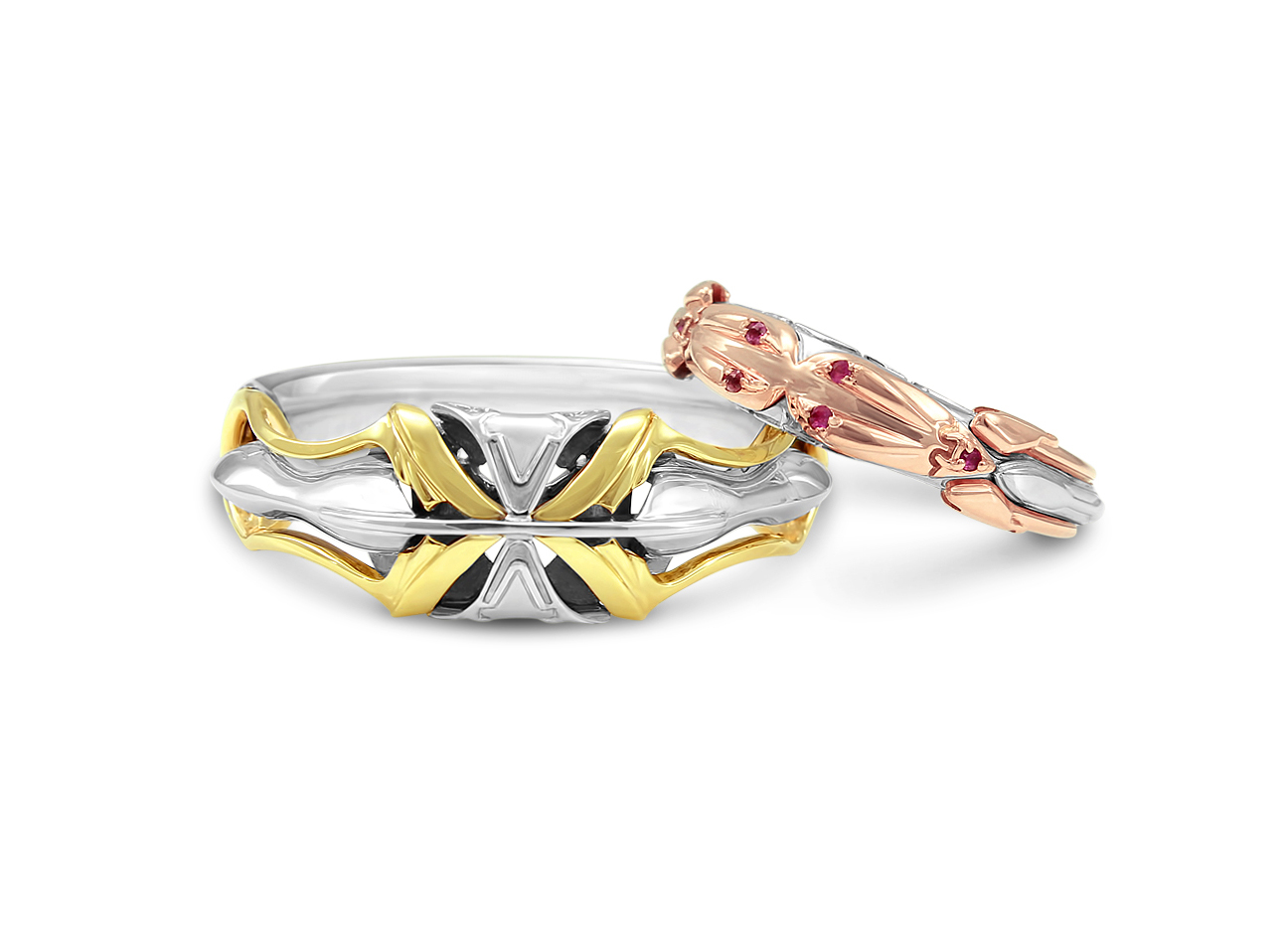 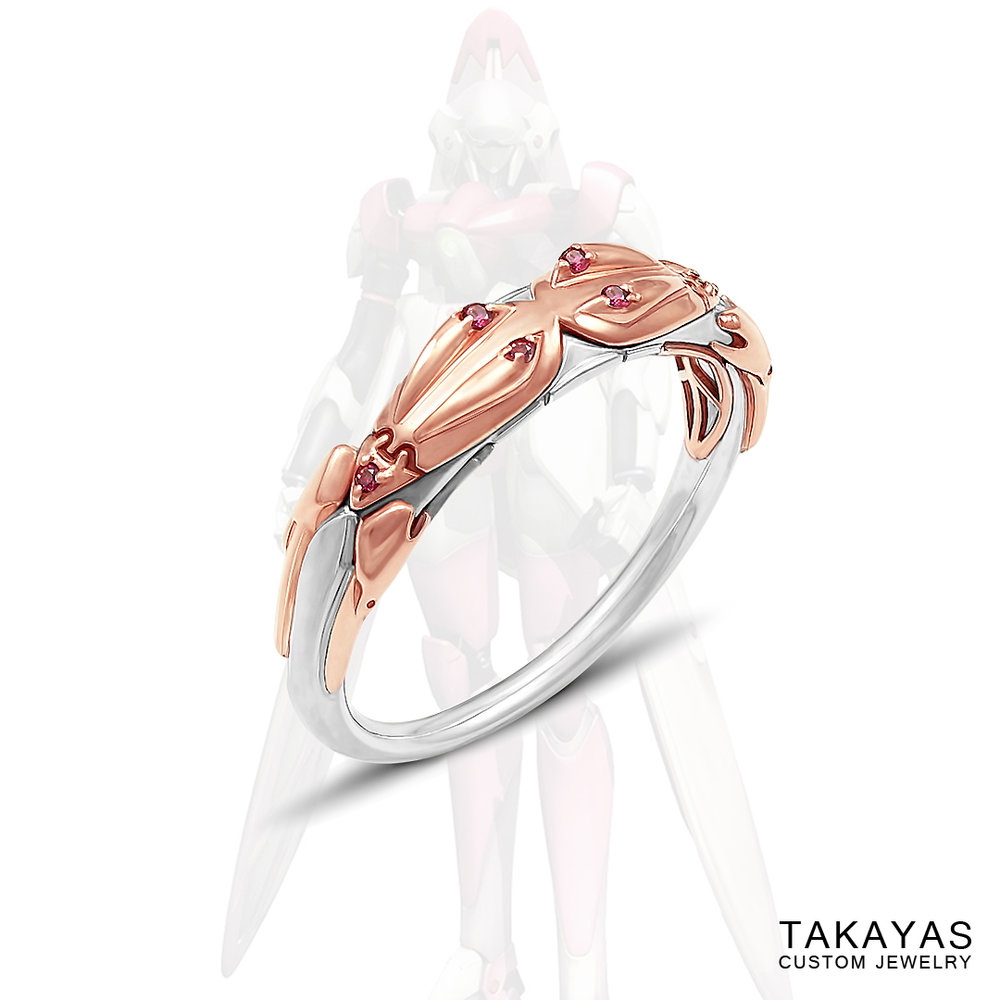 This week, we are excited to share this custom set of Xenogears inspired wedding rings we created for Jacob and Jen. 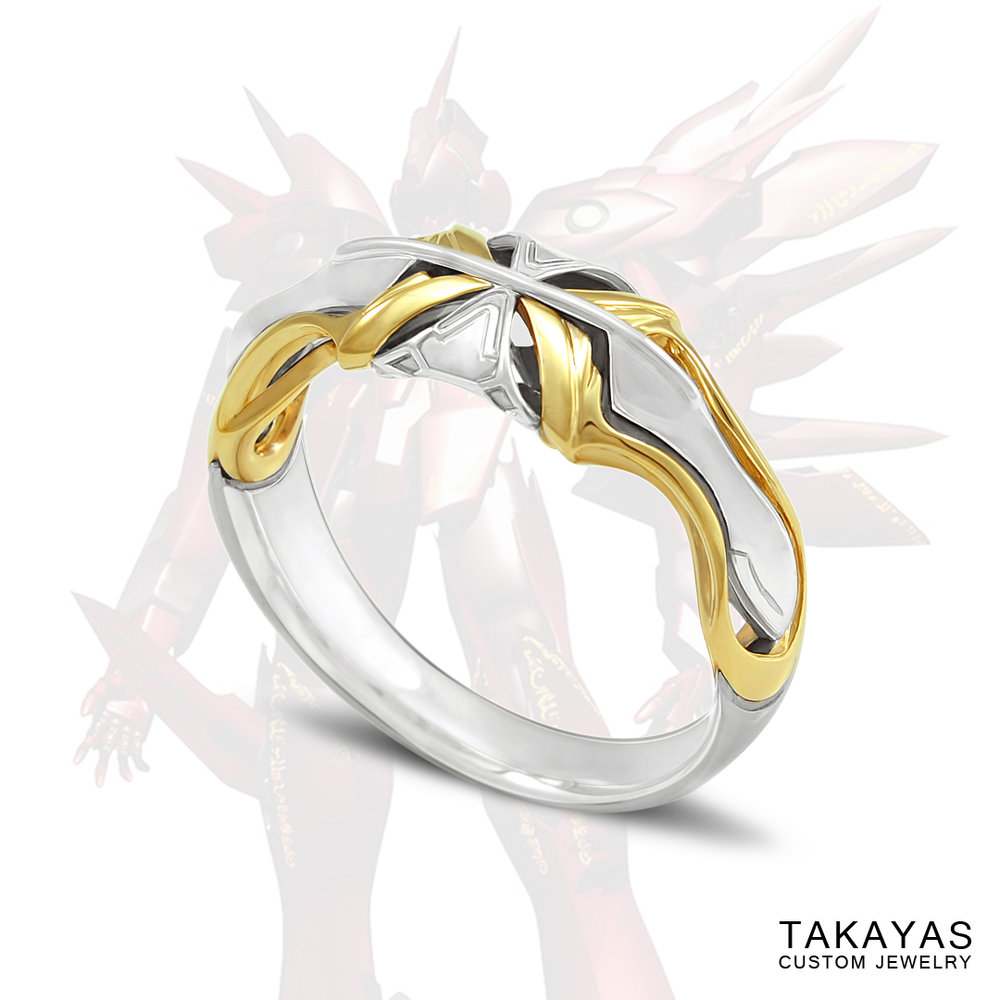 We’vedesignedquite a few anime inspired engagement rings, but Jacob and Jen’s wedding rings were the first mech rings we’ve had the pleasure of creating.

Jacob and Jen wanted to design their rings based around the two main Xenogears characters: Fei and Elly. They thought the story of these two characters lentitself well to wedding rings because in the game, Fei and Elly arereincarnated over and over again, but they still find each other and fall in love in each new life. 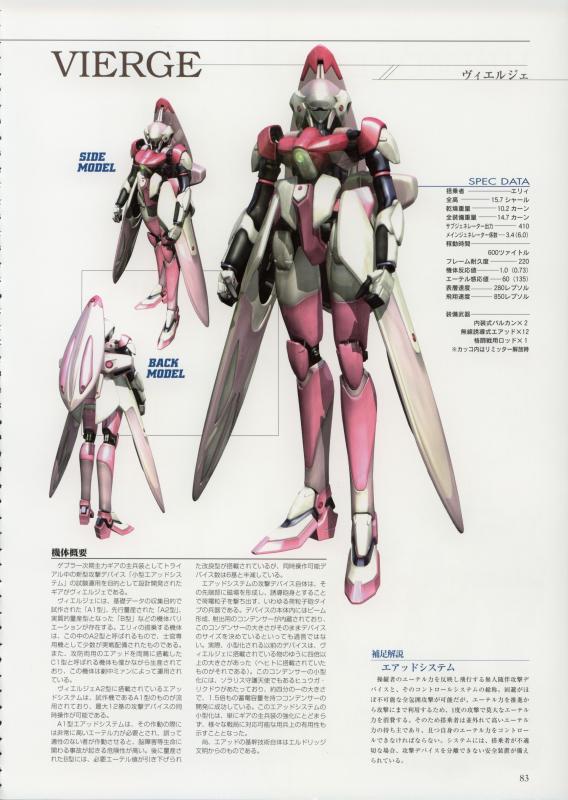 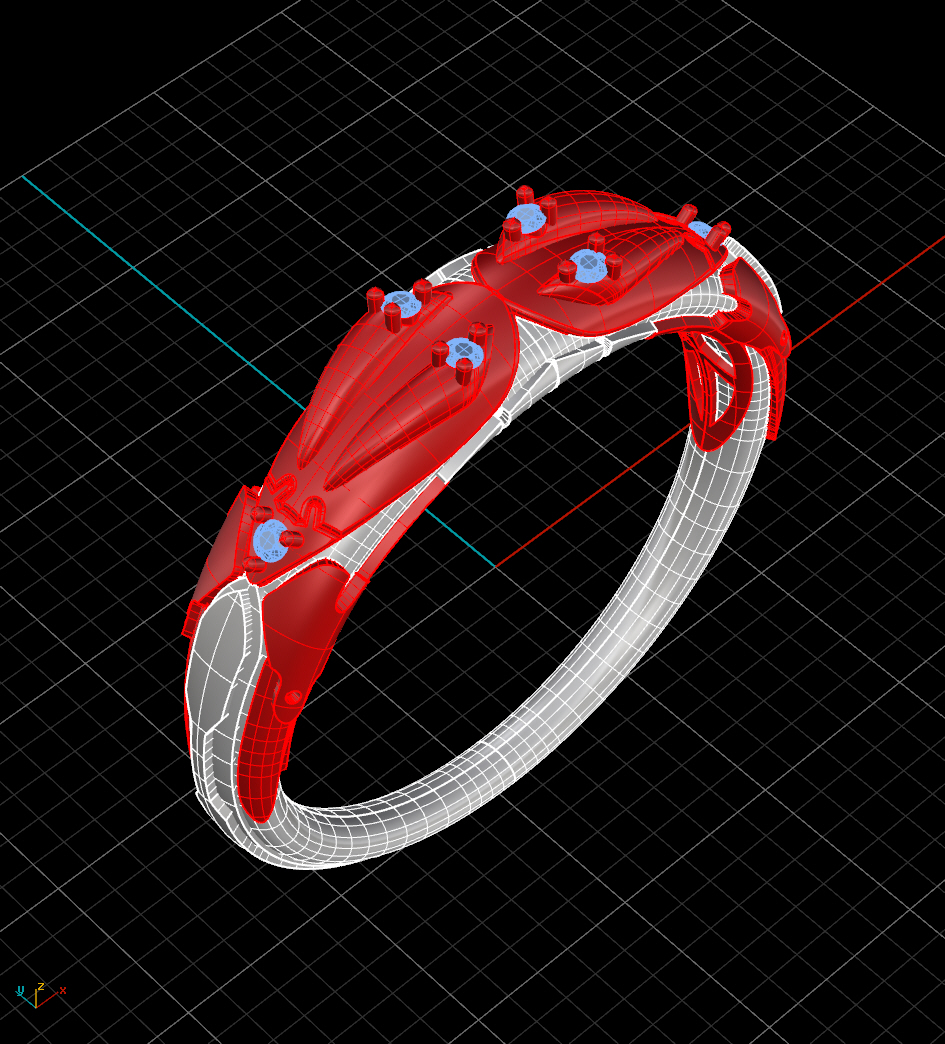 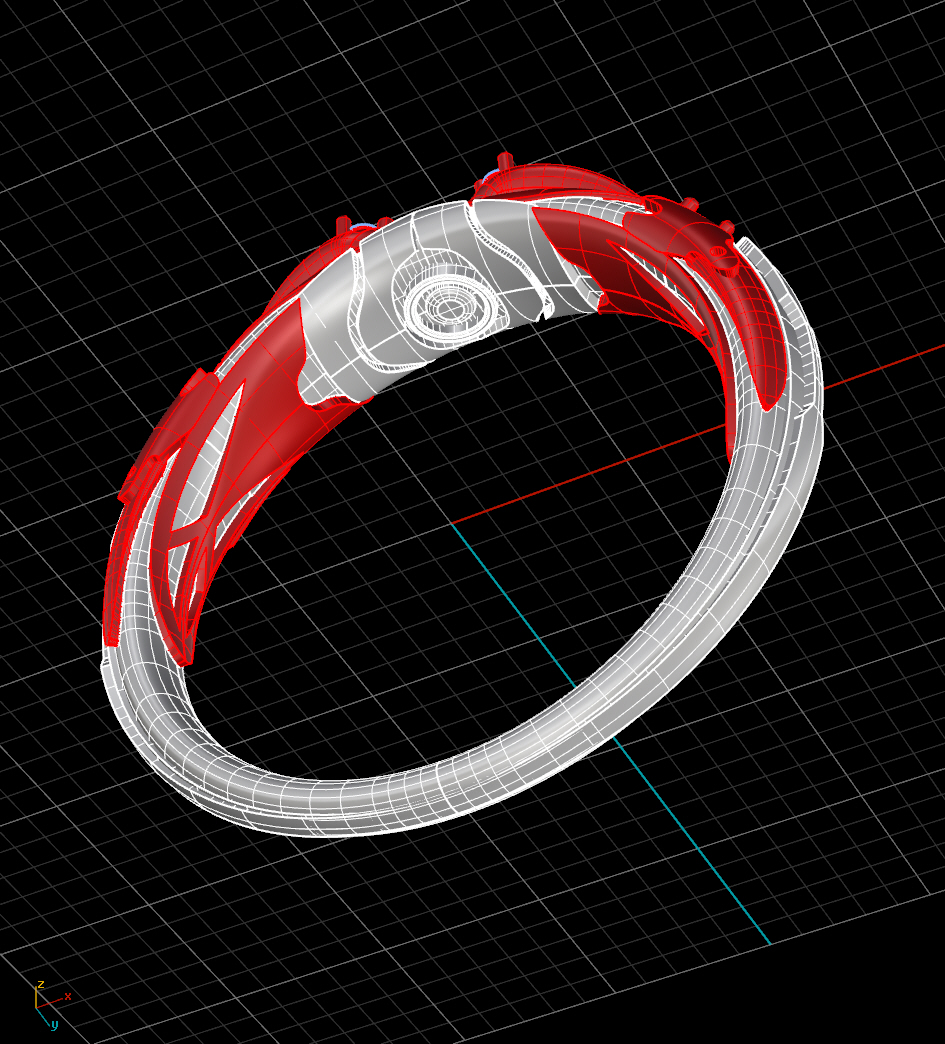 Takayas designed Jen’s ring based on Ellyand her Vierge Gear using a 14K white gold band with rose gold and pink sapphire accents to match her character’s color scheme. The rose gold centerpiece design is a mirror image reflection of Vierge’s topmostback wing, and the pink sapphires are placed in the same formation as the back wing’sbolts. 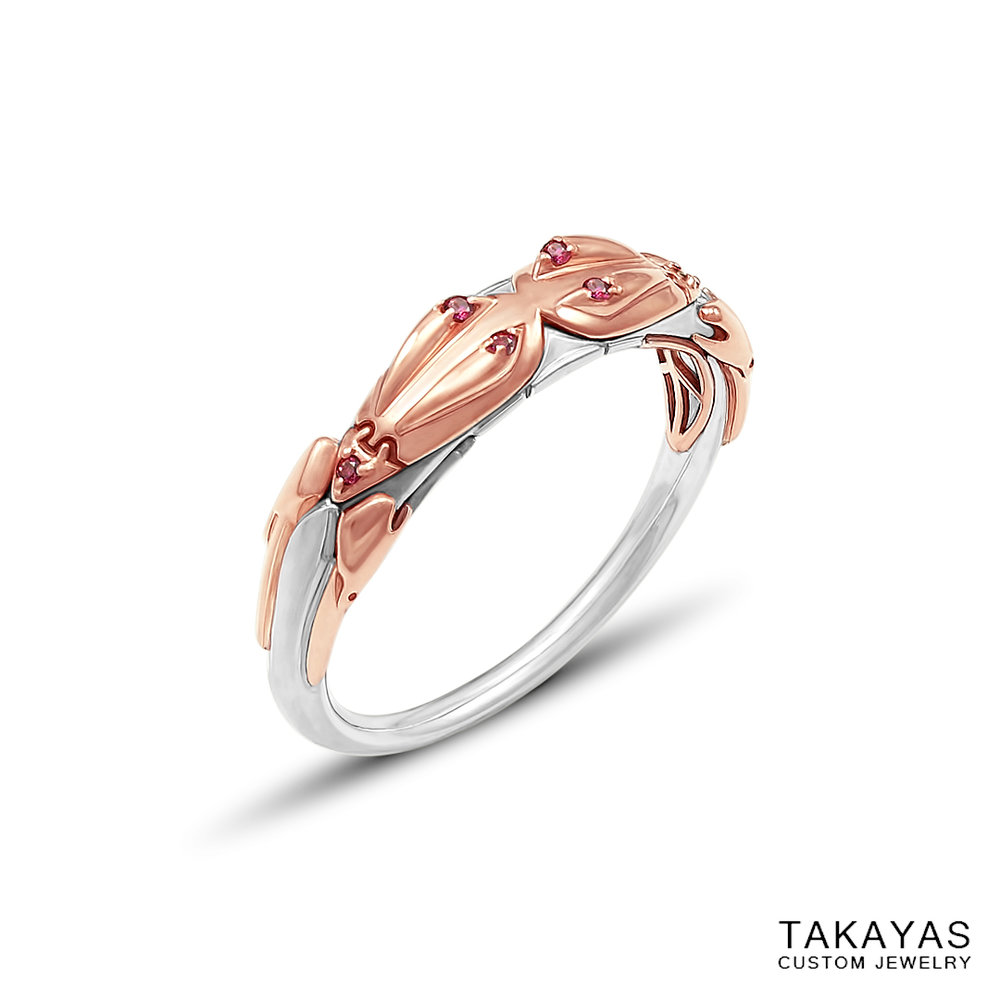 On the insideof the ring, the pattern on the sides of the band is the same pattern from underneath her gear’s two side wings.

For Elly’s non-mech character elements, Takayas incorporated the bottom of the black belt pattern from the front of her dress into the white gold side band segments, and the ring’s under gallery features the circular pattern from her dress’s shoulders. 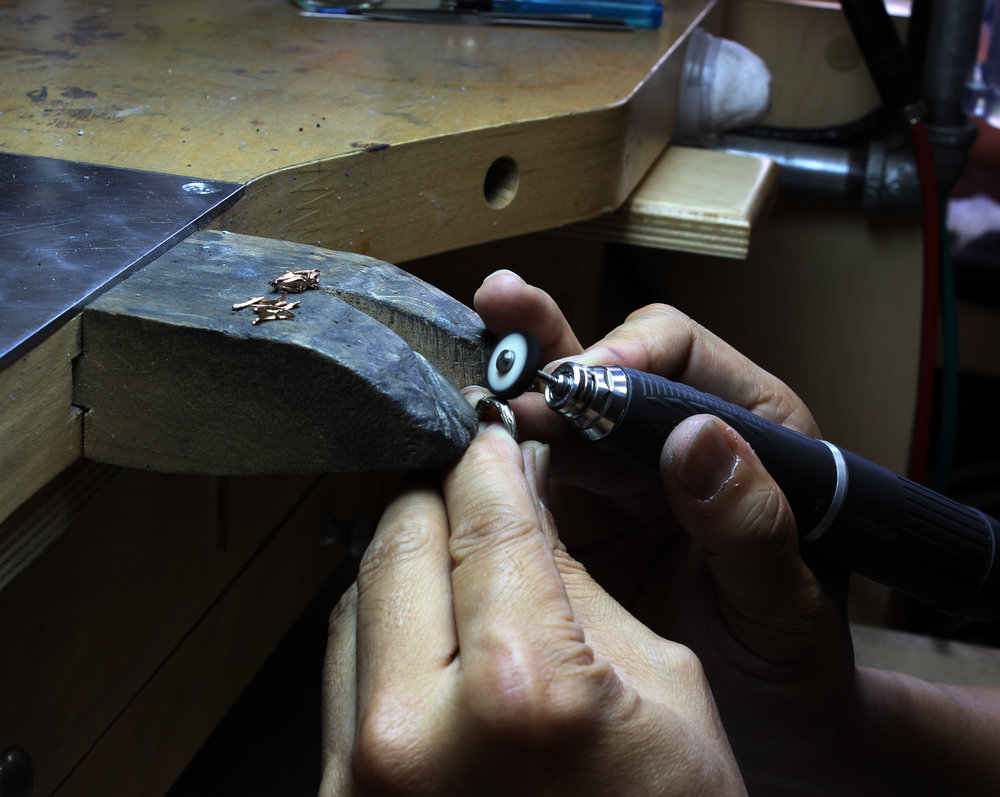 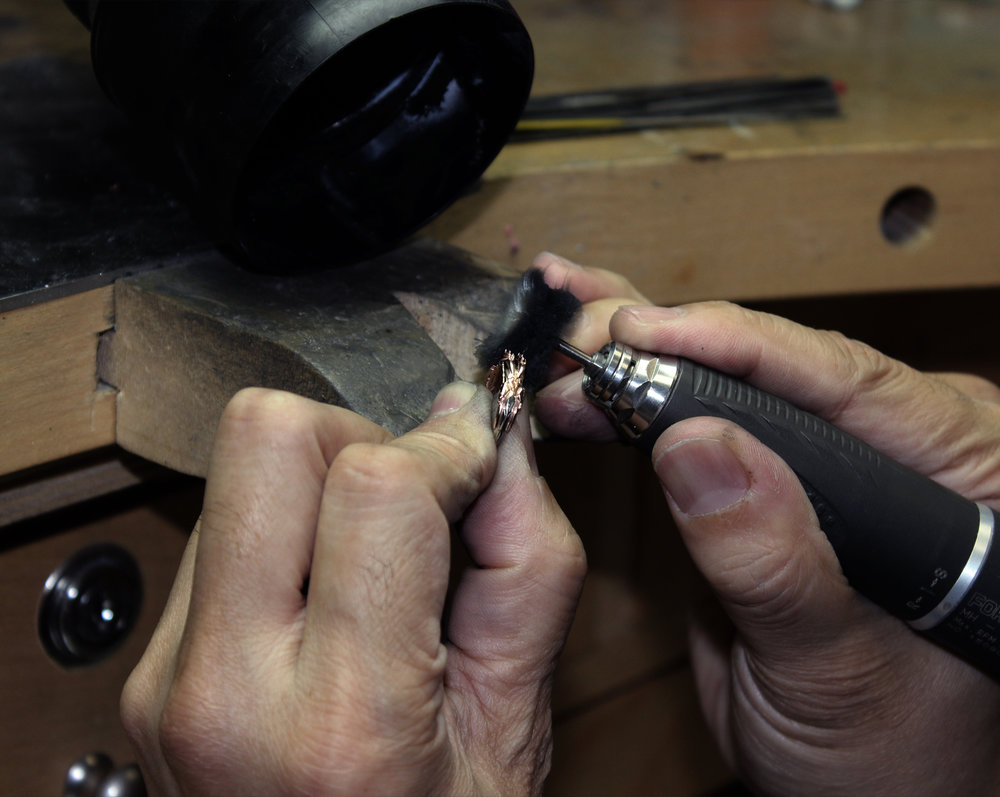 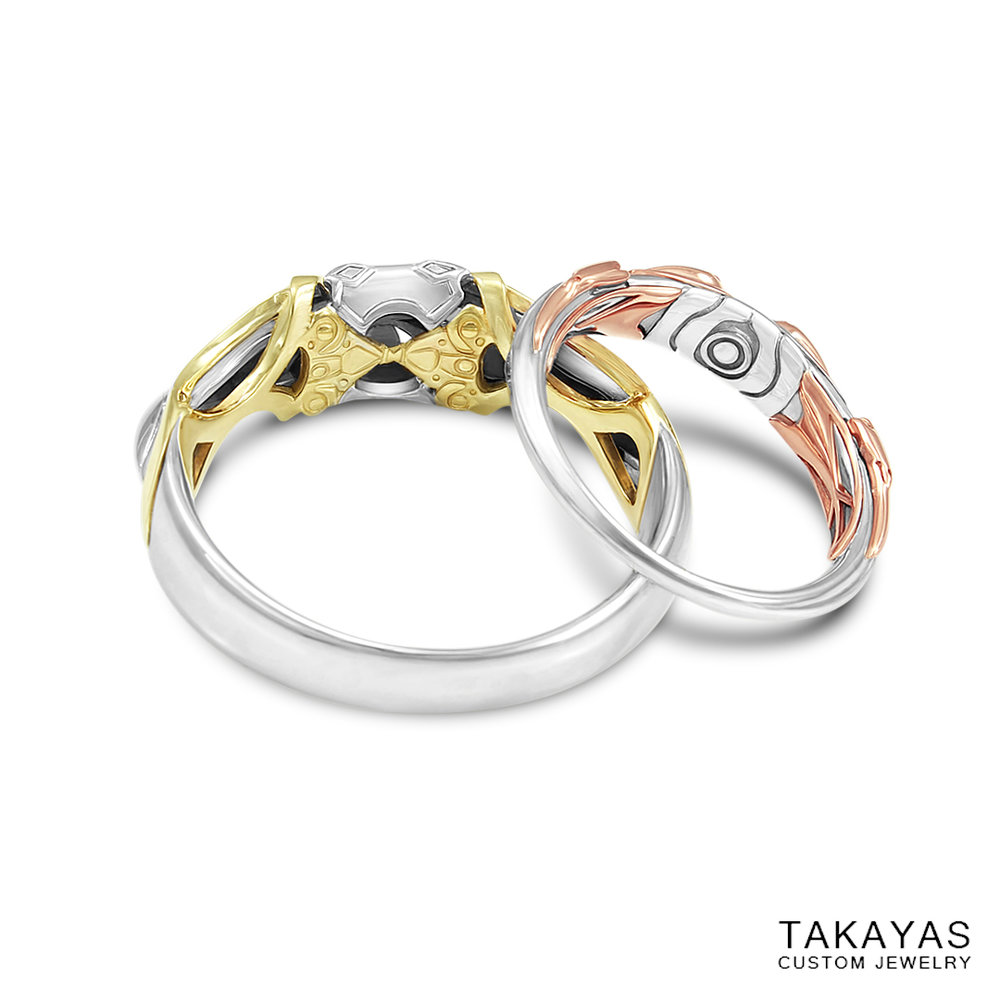 For Jacob’s ring, Takayas spent quite a while figuring out a way to capture Fei’s split personalities.

Much of Xenogears centers around the themes ofidentity and human memory,and Fei must contend with Id: the destructive personality which periodically emerges in times of trauma. 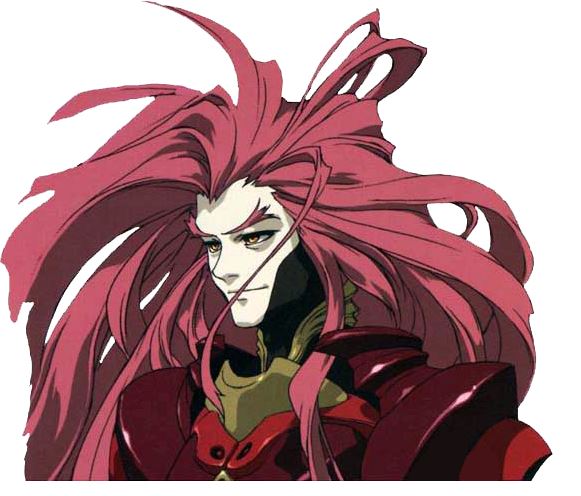 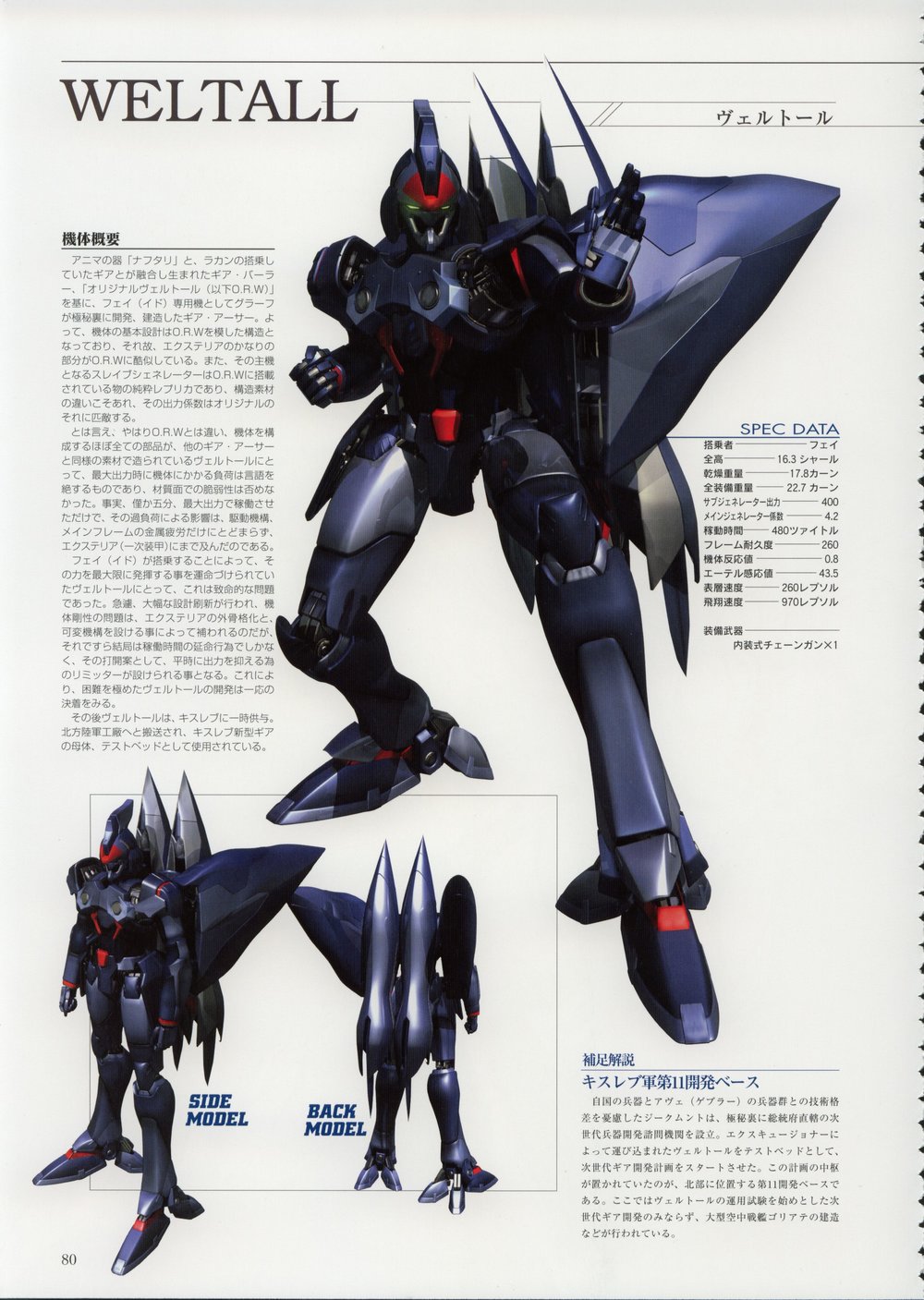 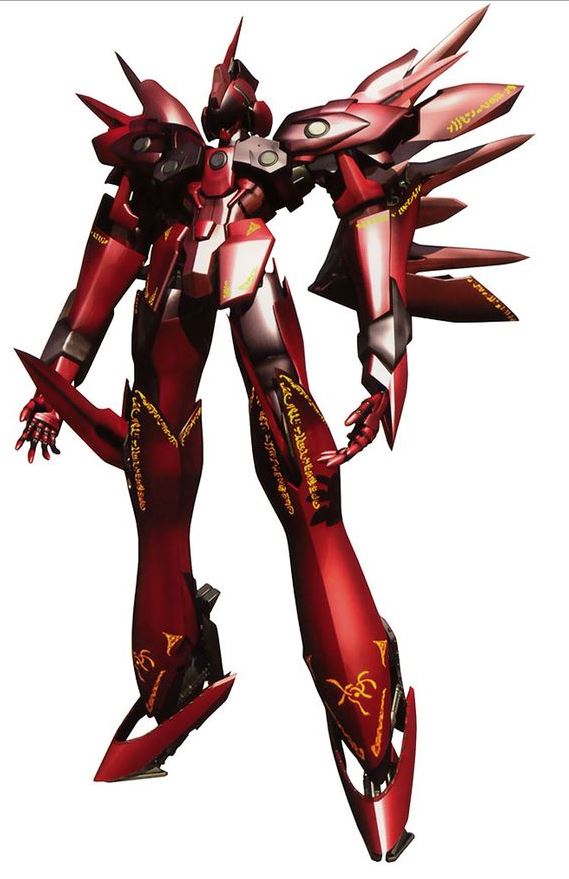 The four corners of the yellow gold centerpiece are based on the top of Weltall-Id’s leg armor pattern. Like Jen’s ring, hecreated a mirror image style using the armor. 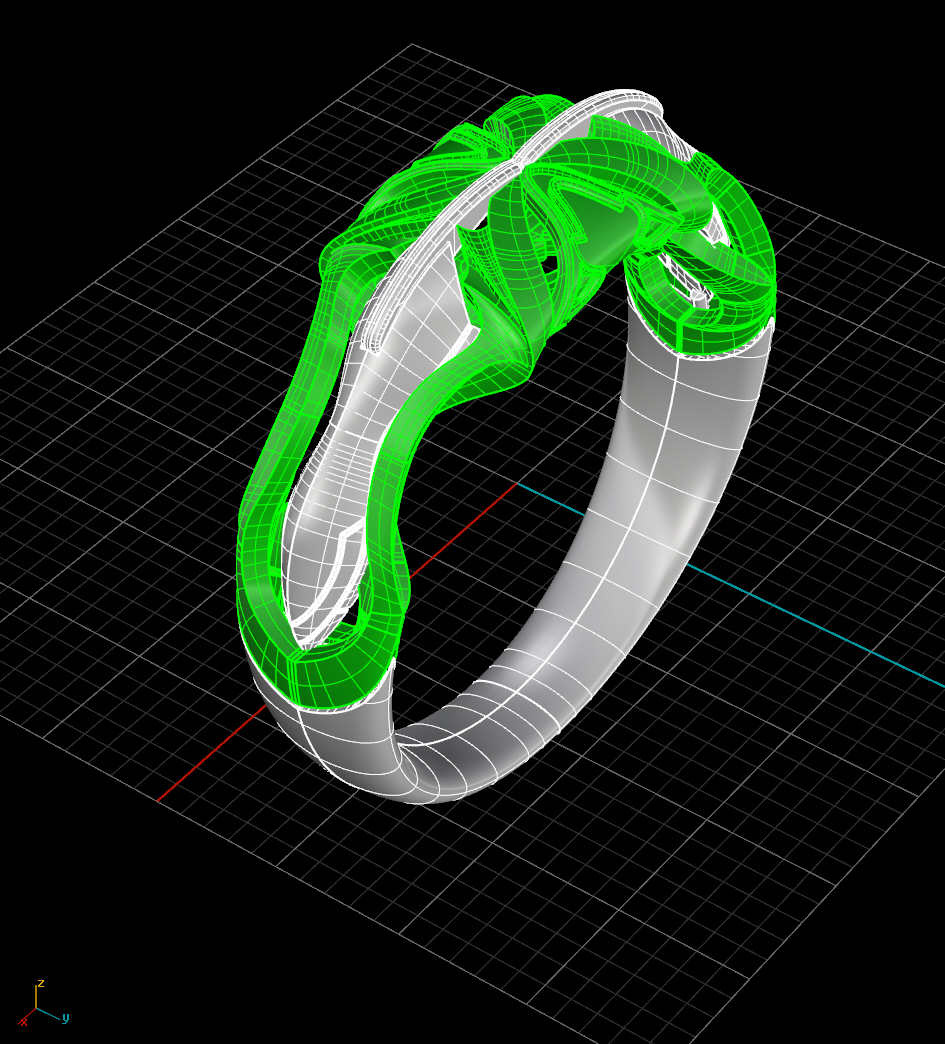 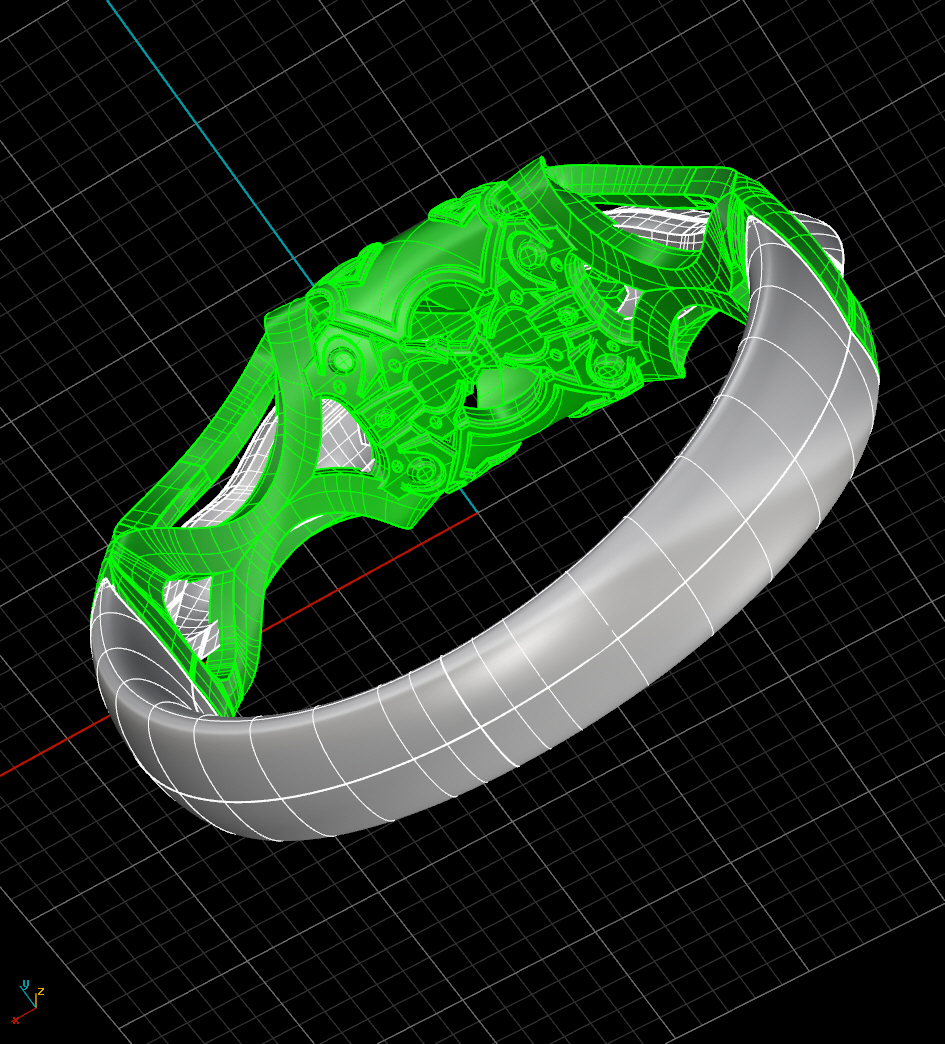 In contrast, the two white gold center triangular sections are based on Fei’s purple and yellow waist armor’s pattern. The main white gold design on the sides of the band is in the same shape as the Weltall’s two back rockets (which become the Weltall Id’s leg armor once it transforms). 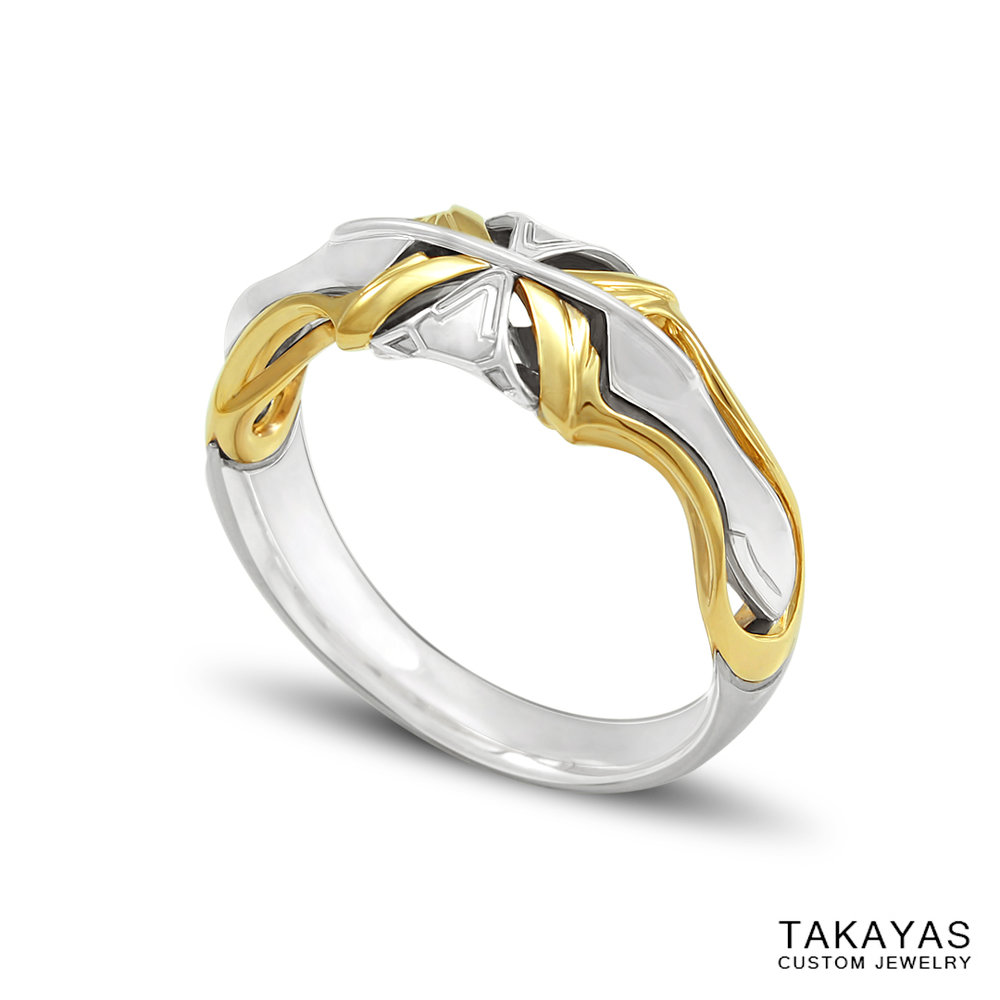 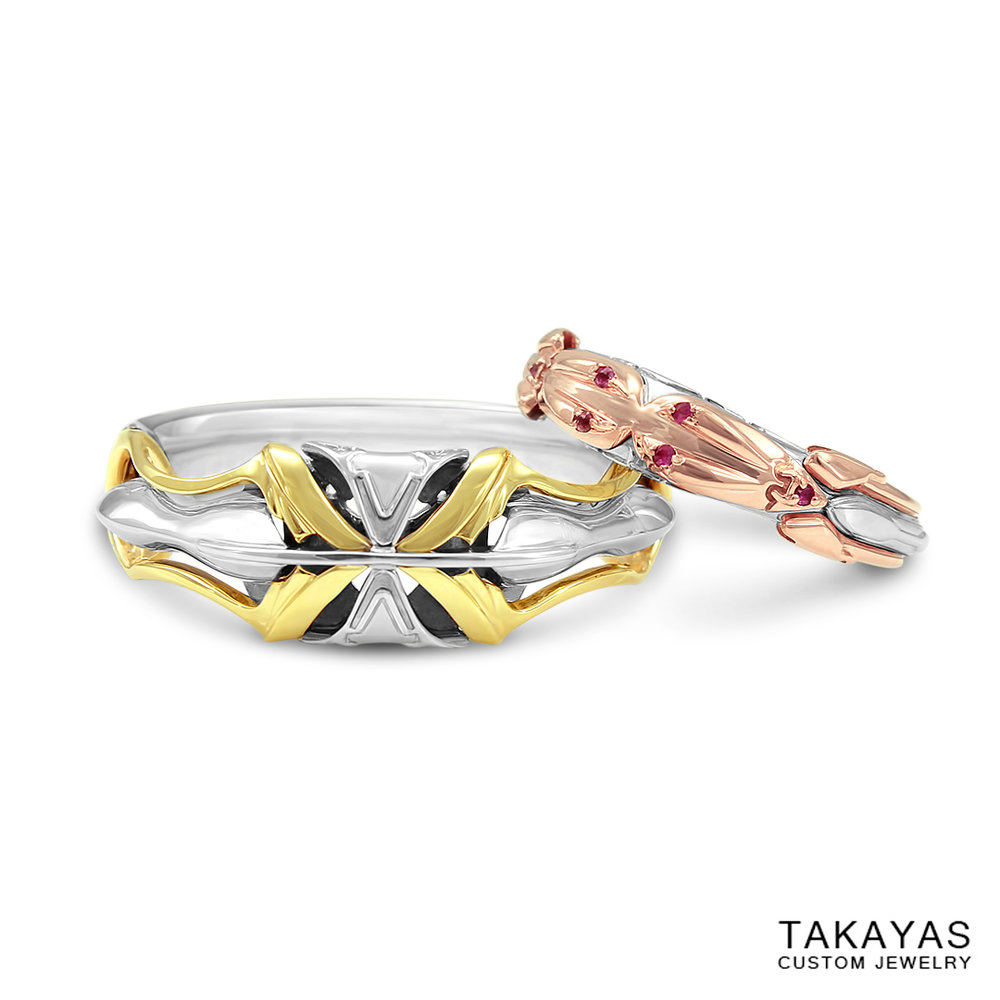 We had a fantastic time working with Jen and Jacob.

Takayas grew up watching Gundam and playing with robot figures, so the chance to create a set of mech rings was a rare chance we thoroughly enjoyed. 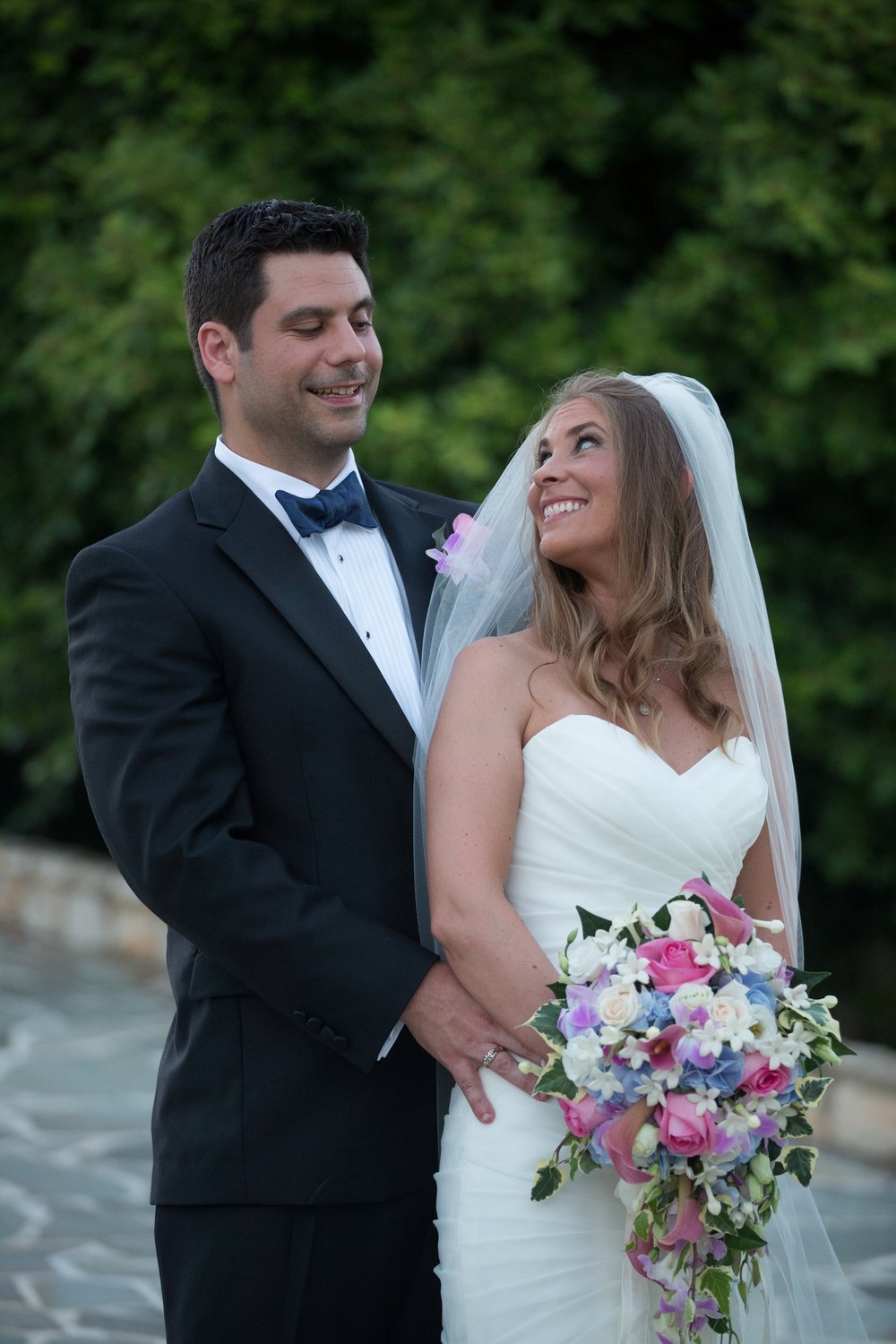 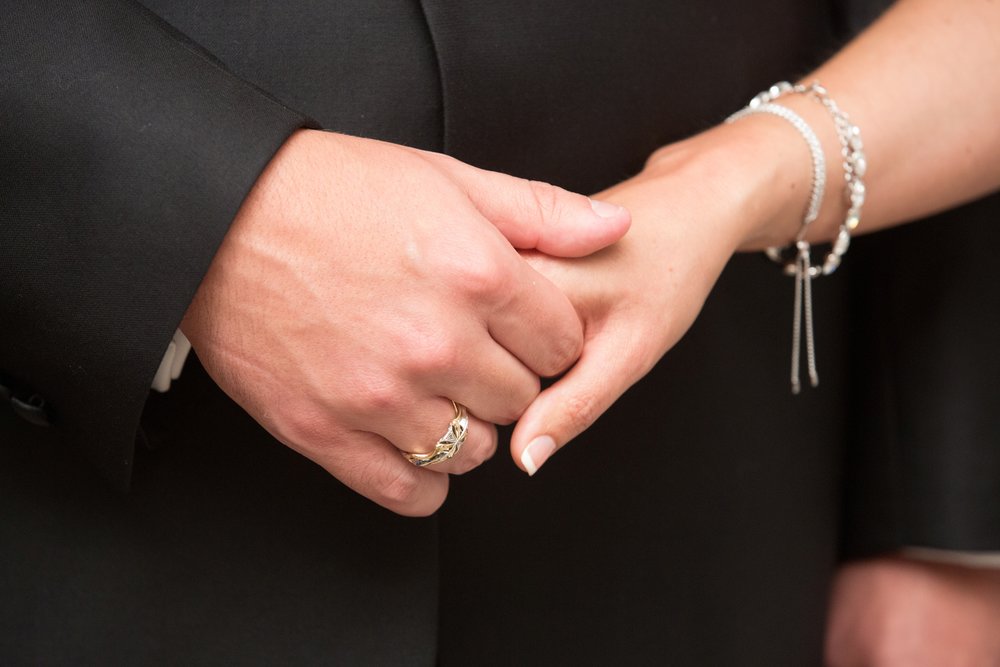 Warmest wishes to the newly married couple, and thanks for sharing your wedding day with us!