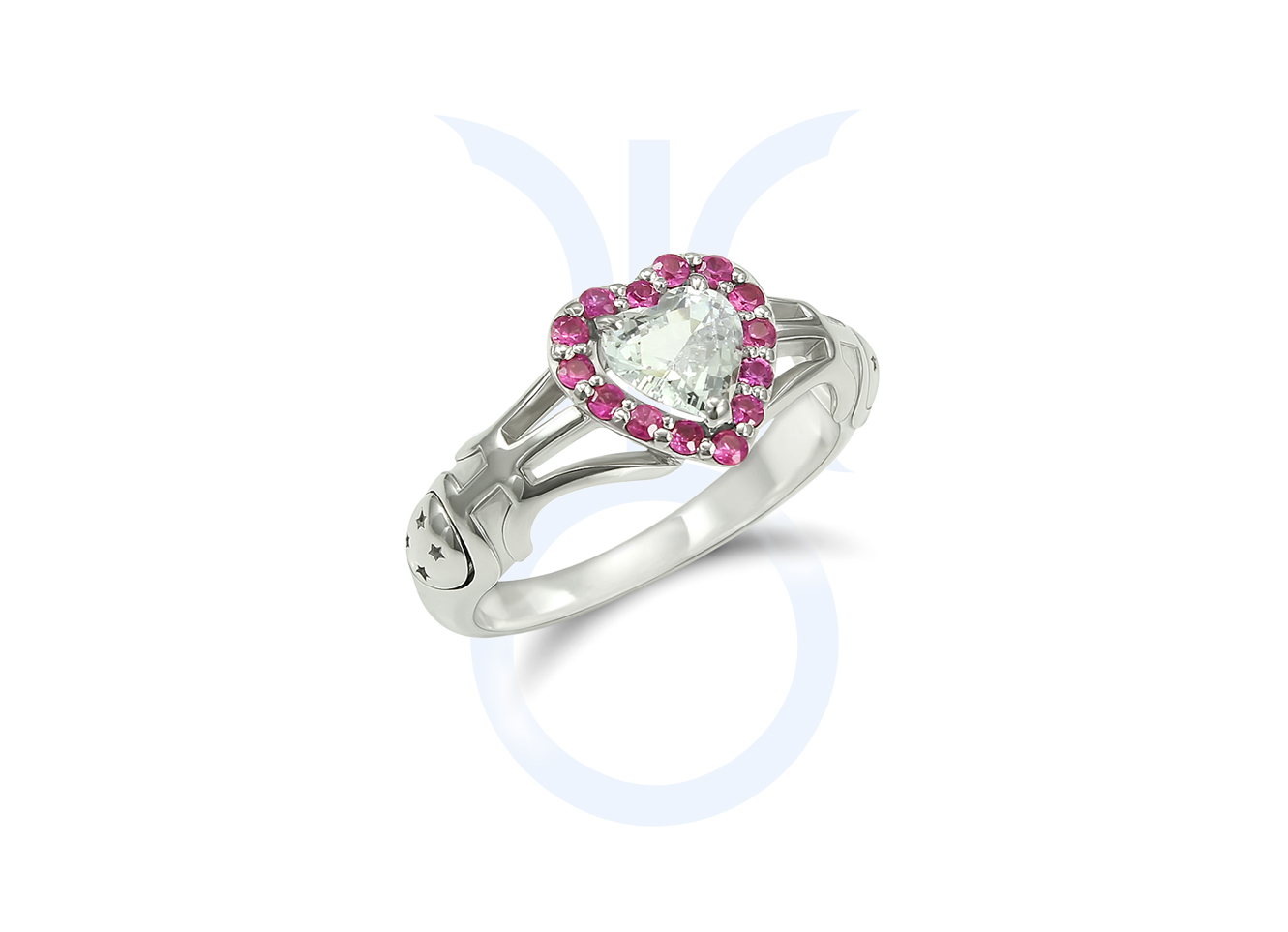 We had a wonderful timeworking with David to create this Sailor Moon and Dragonball inspired engagement ring for his girlfriend (now fiancee!) Bryn.

David and Brynknew they wanted a heart container in place of a traditional center stone, but they also wanted to find a way to add a Sailor Uranus symbol and Four-Star Dragonball into the design without crowding the ring too much.

Takayas framed the heart container on either side with the Sailor Uranus sample image symbol they provided.His initial design plan was to placethe Dragonball in the ring’s under gallery, but they came up with the idea to incorporate the four star Dragonball in the center of each symbol which worked out perfectly. 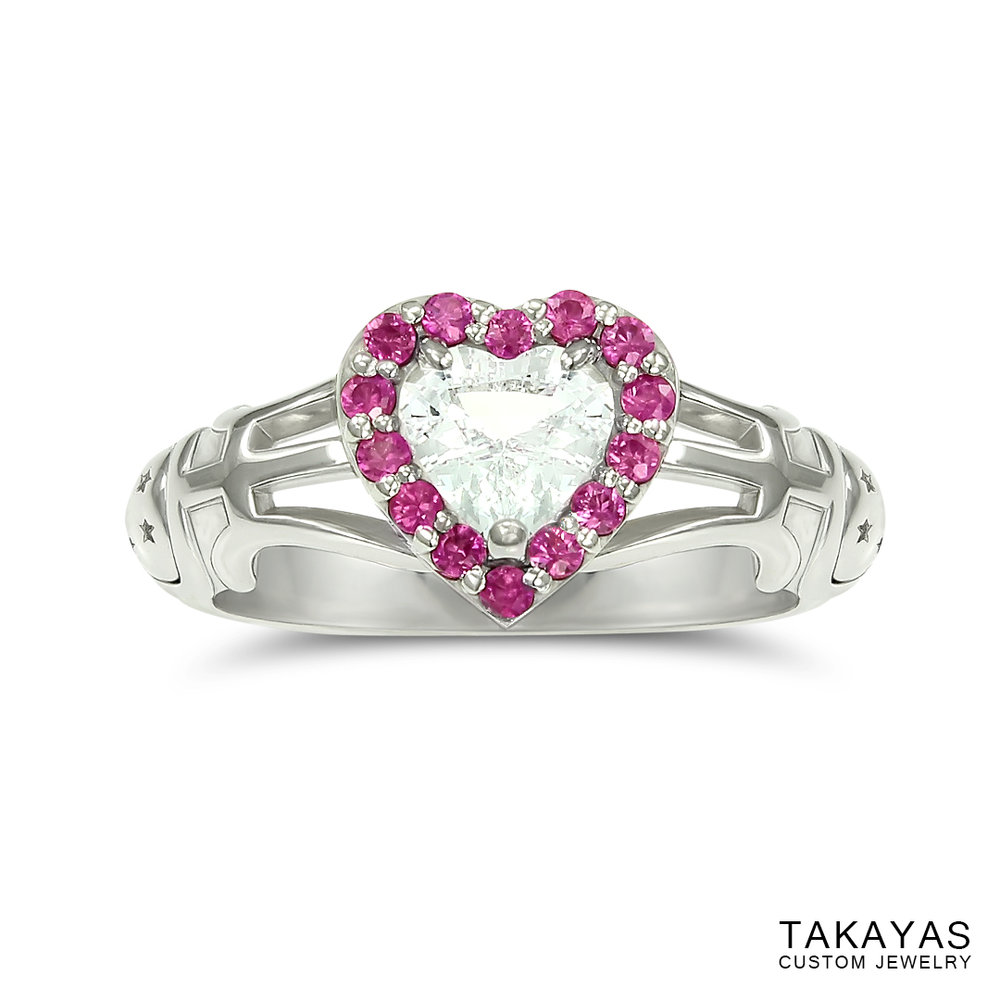 The heart container centerpiece is a .82 ct white sapphire with a halo of pink sapphire accents gems. Takayasdesigned the Sailor Uranus symbol with a little depth to help the heart container stand out. Additionally, by varying the depth of the symbol as well as cutting out the front portions of it, this helped to slim down the thickness of the band. 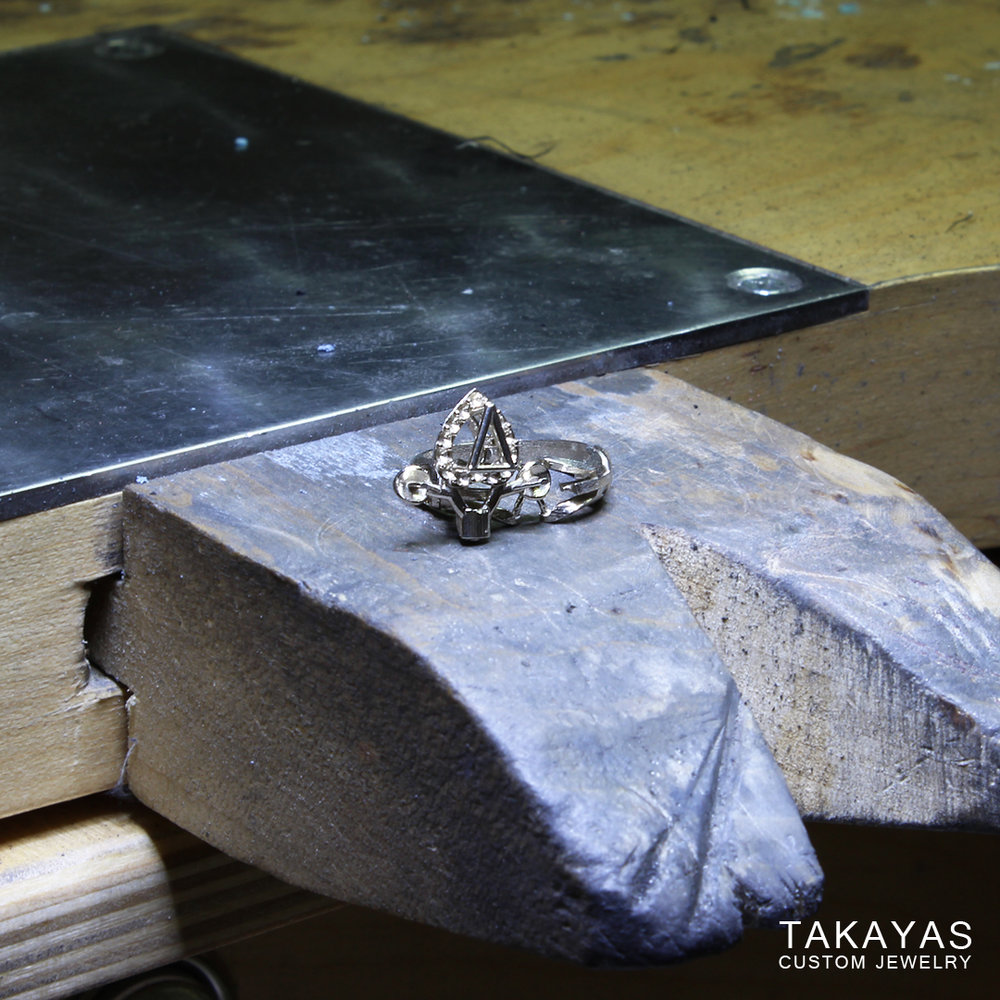 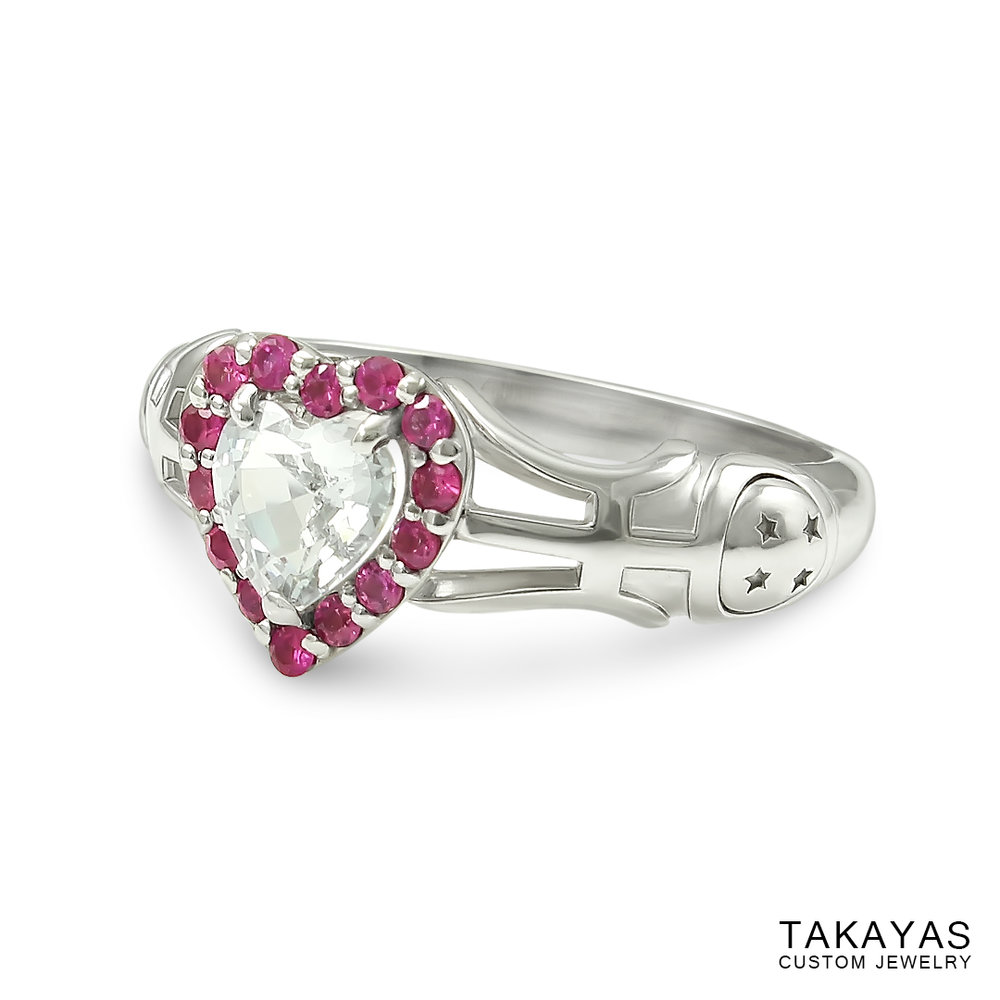 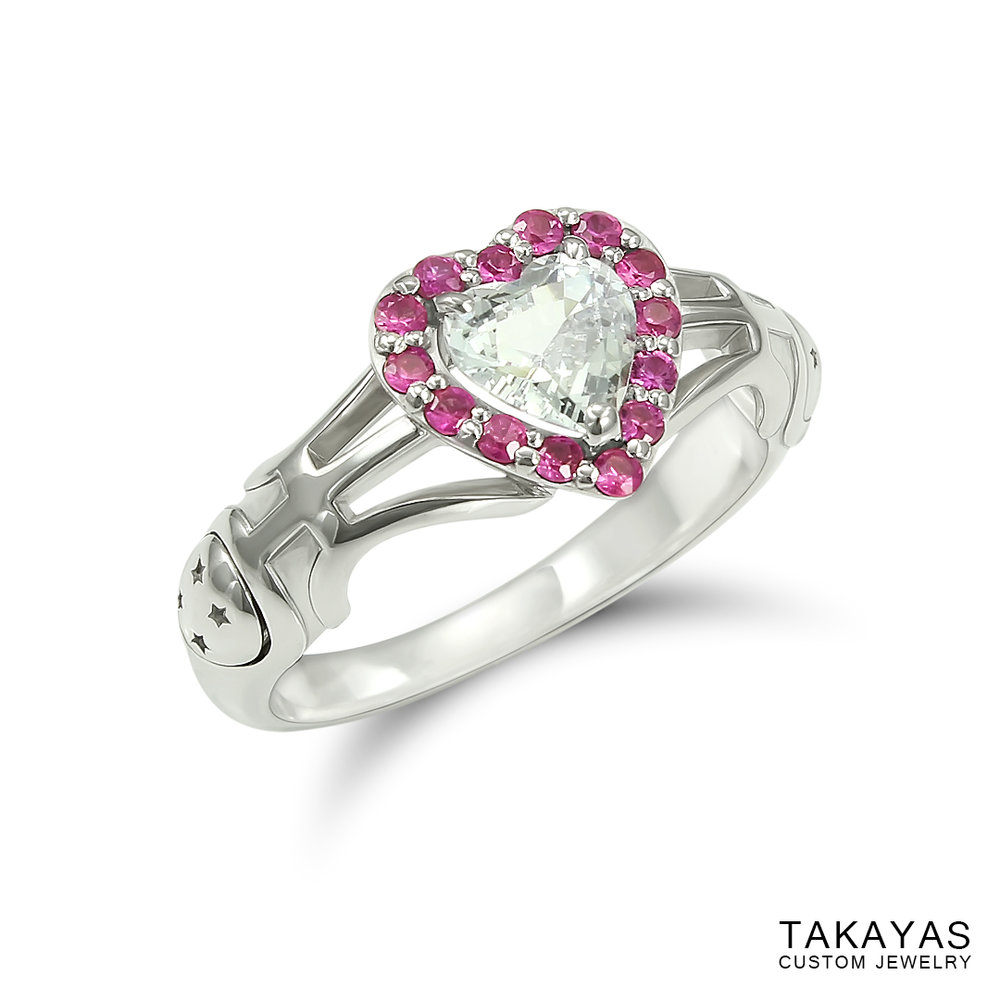 After David proposed, we were delighted when they shared photos afterwards. Hearing about our customer’s proposals and wedding days is one of the best parts of designing engagement rings. 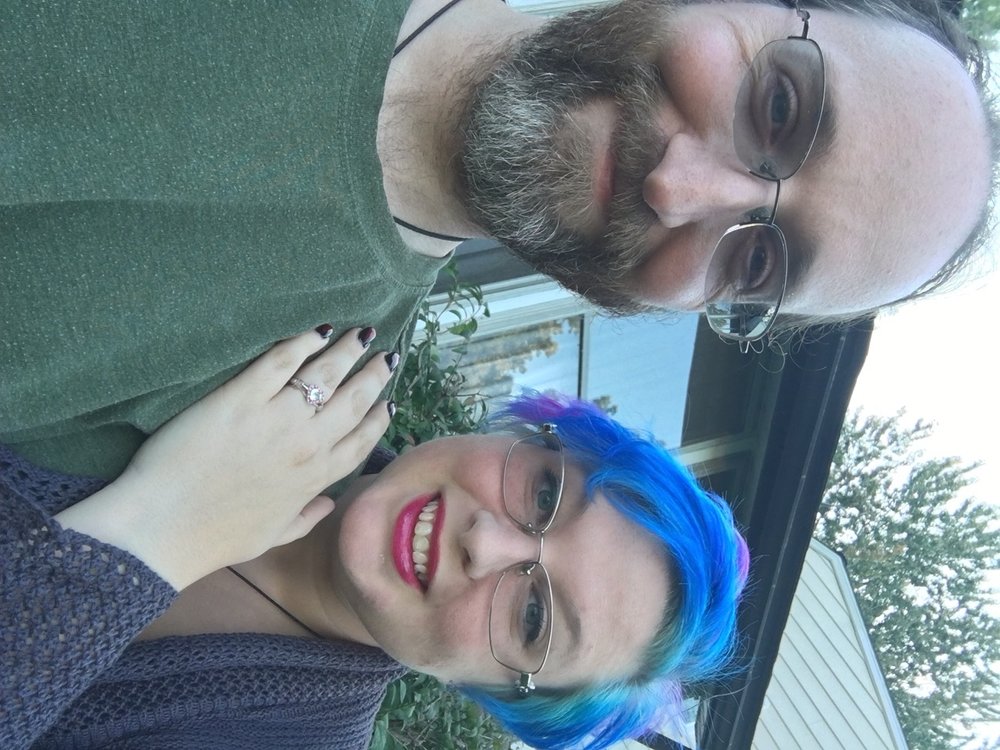 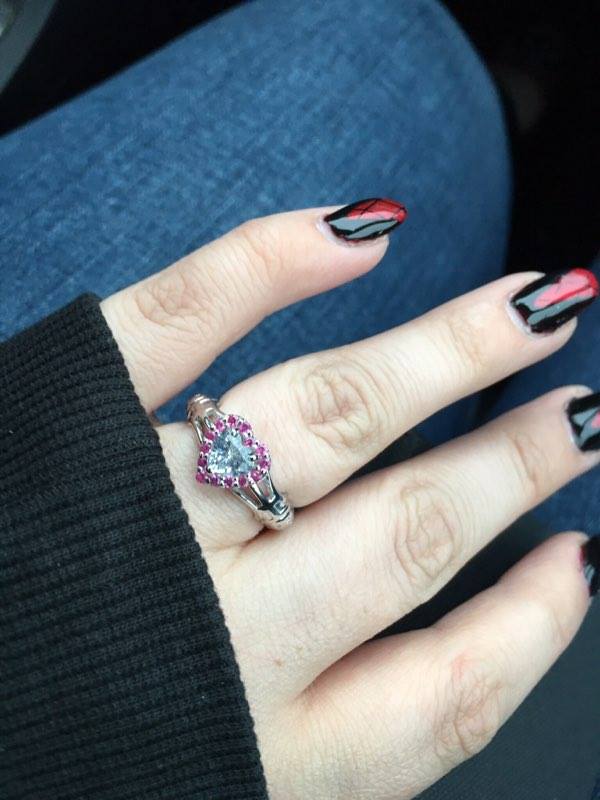 Many congratulations to them both!