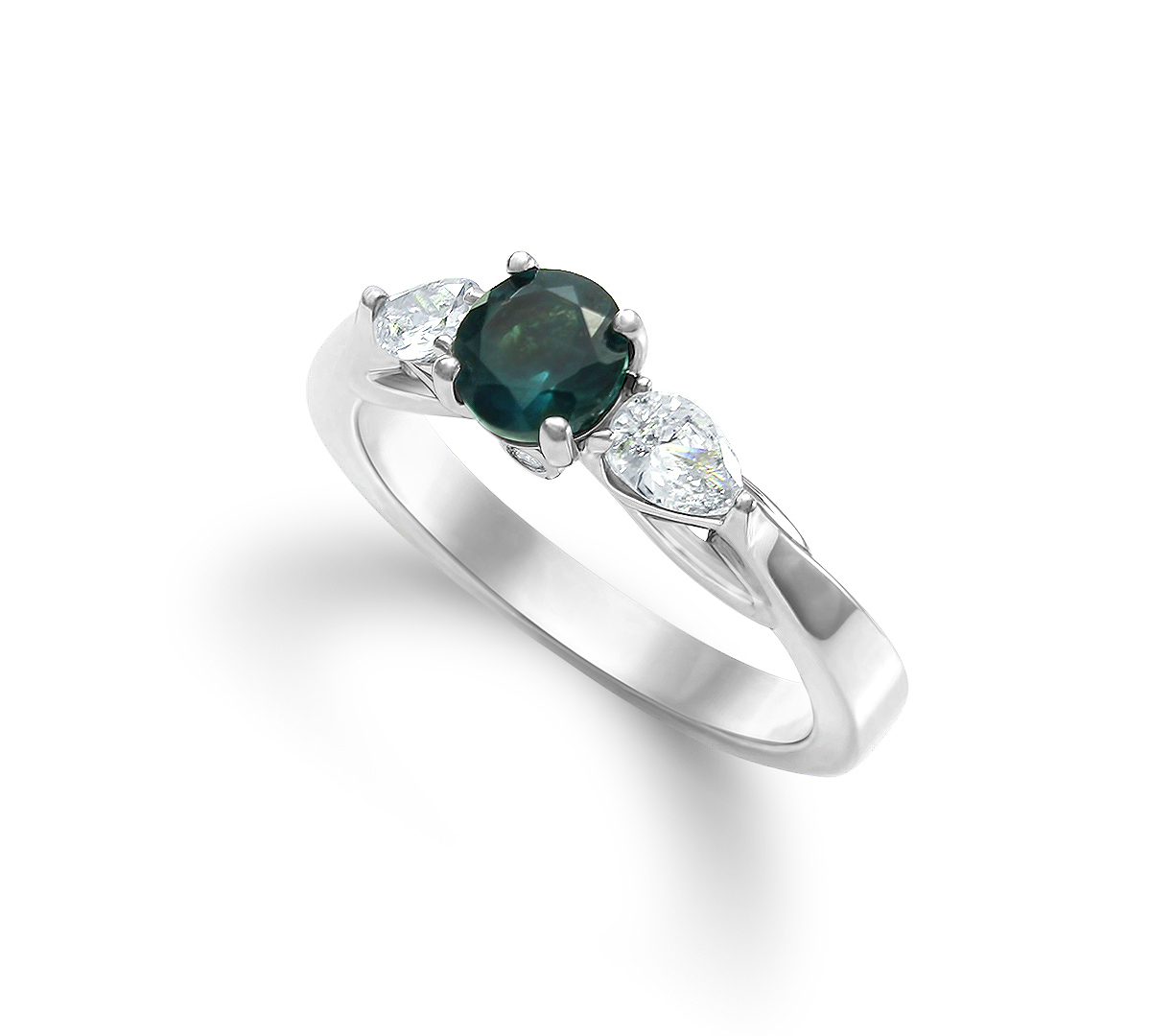 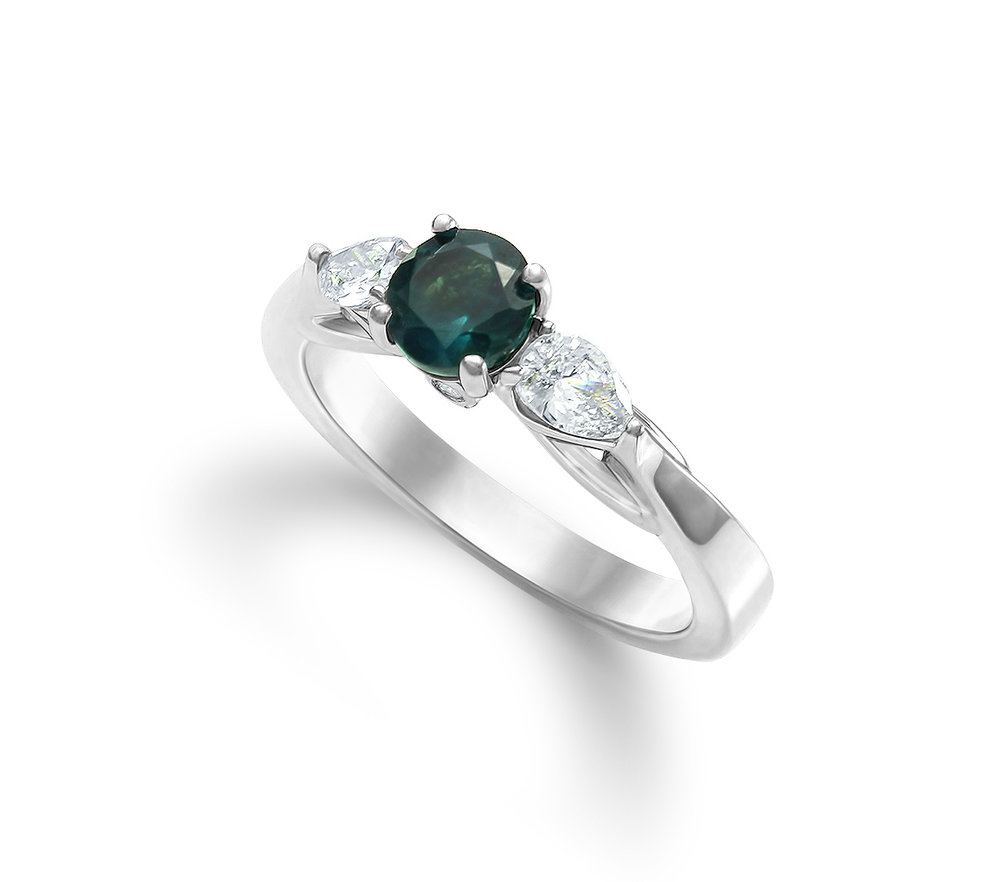 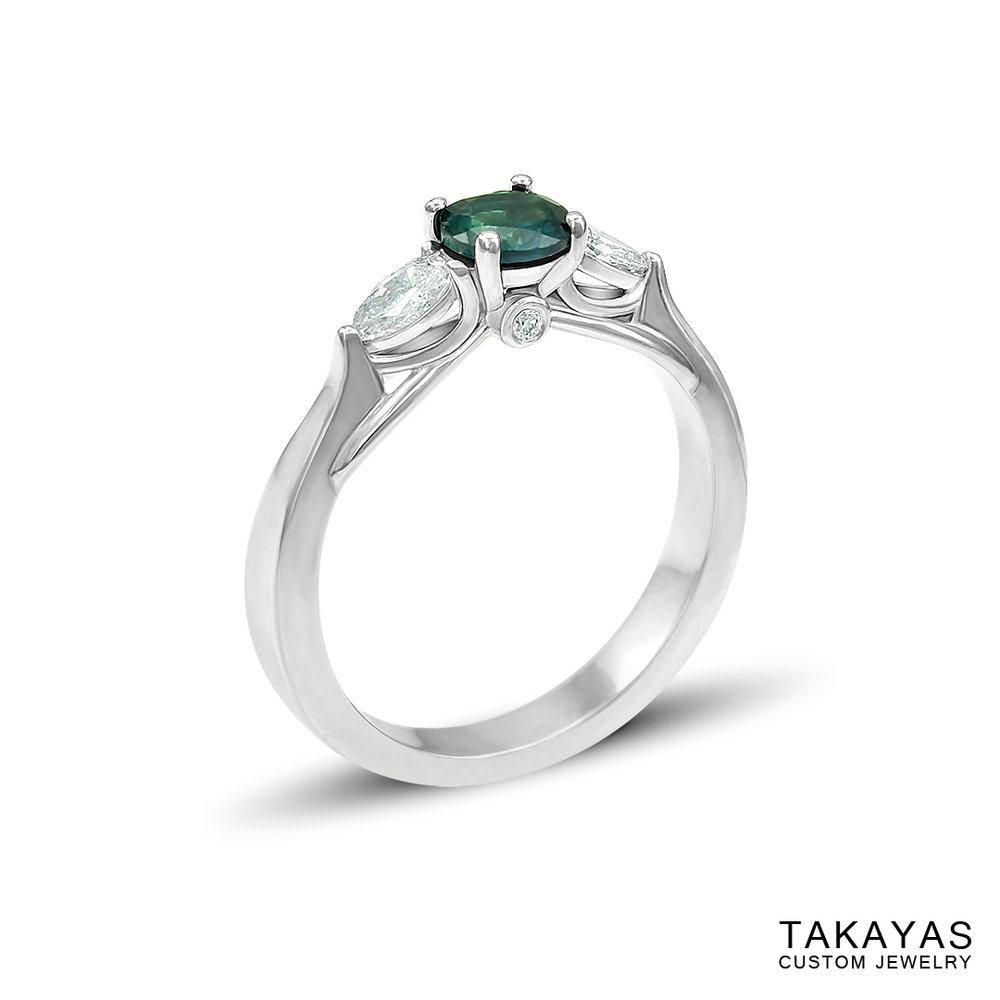 Discovered in the early 1830s and named after Alexander II, Czar of Russia, alexandrite is avery rare color changing form of chrysoberyl.In daylight, alexandrite’s color takesisa pretty shade of blue-green, and in incandescent light, it can take on a more purple-red.

Due to their scarcity, natural alexandrites are incredibly expensive andoften times can have undesirable brownish under tones.However, we got very lucky with Sean’s engagement ring; it took a little while, but one of our colored gem suppliers was able to find usa lovely peacock green 0.47 ct alexandrite!

Once we procured the stone, Takayas set about creating the three stone ring design Sean requested.

Takayas wanted tokeepthe designvery contemporary with clean lines to draw the eye’s focus to the unique center stone. On either side of the alexandrite is a pear shaped diamond.

Three stone ring centerpieces can look very top heavy so for balance, theband tapers as it reaches the diamonds. Takayas wanted to use the band itself as part of the diamonds’ settings, so tapering the shank also added a slender elegance to the band and setting connecting point. 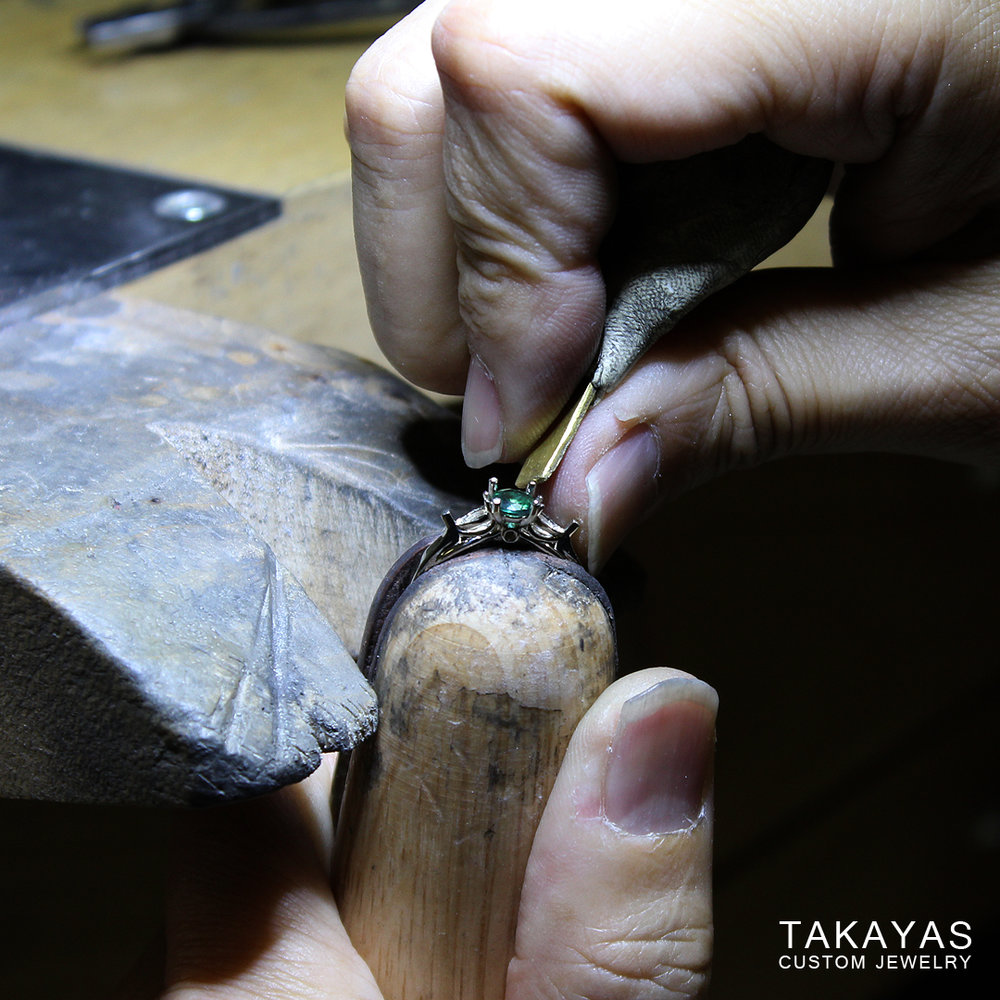 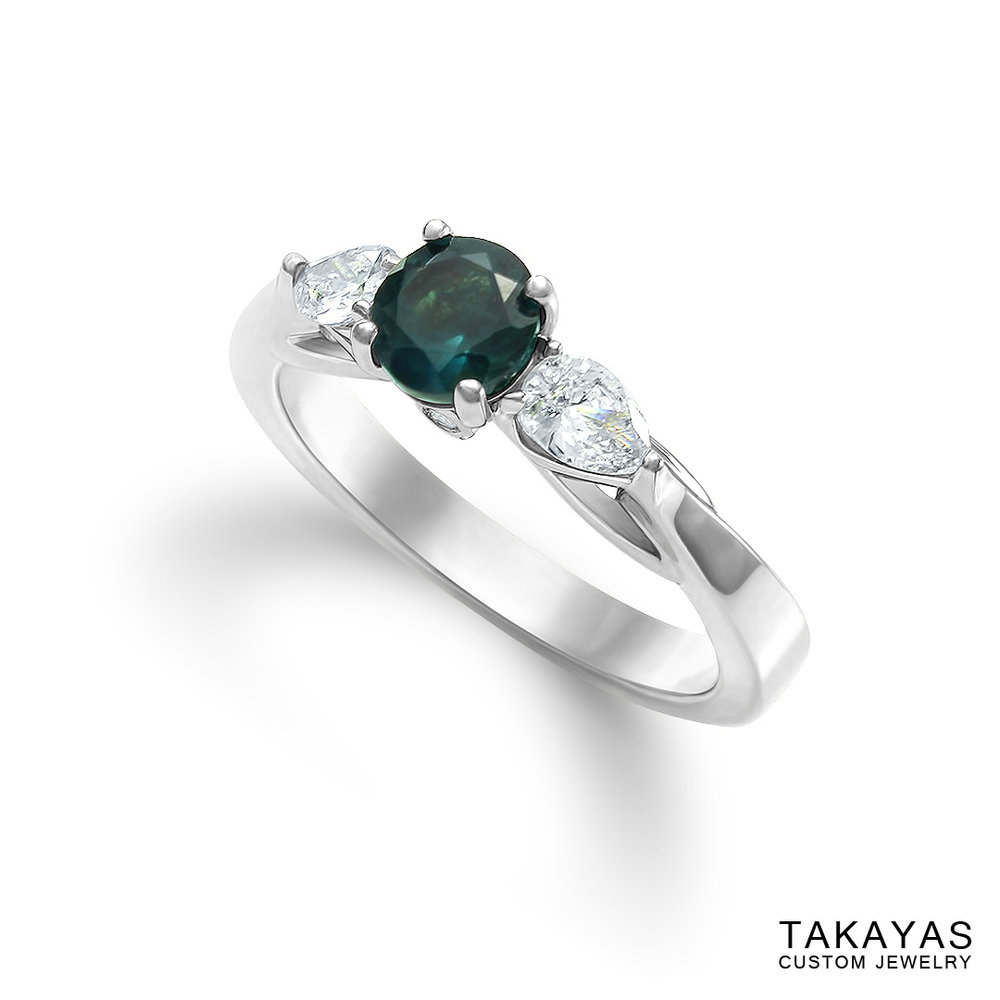 After Sean proposed, we had the pleasure of meeting his fiancee Gabi who was just as fantastic andlikable as Sean!Many congratulations to the newly engaged couple. 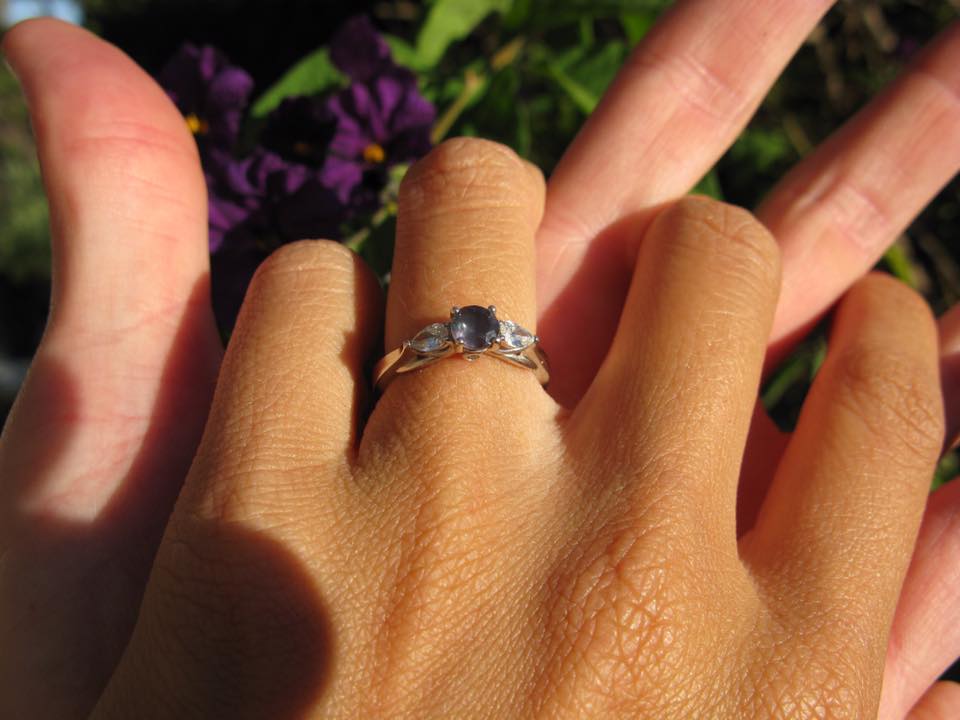