We love stories like Megan and Jonathan’s wedding setbecauseit’s heartwarming to think that growing up they both played the Legend of Zelda series,then years later they would meet each other, fall in love, and design their wedding rings around their favorite childhood game: Majora’s Mask.

The game’s unique relationship with time was one of their favorite aspects, and they wanted to find a way to capture thepassage of time in their rings. For inspiration, theysupplied pictures ofthe Clock Tower that appears in Clock Town and most significantly, when Link travels through time. 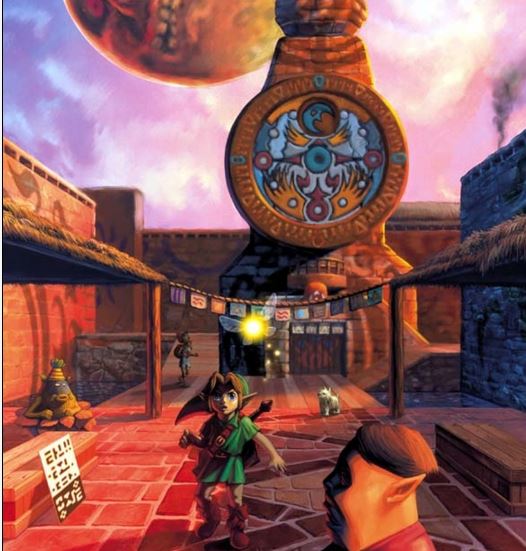 To keep the Zelda references subtle and elegant, Takayas wanted to do a modern Edwardian design interpretation with the pattern from theClock Faceincorporatedin a filigreelook.

Depending on the time of the day, the Clock Tower in the game would show eithera sun or a moon on its face, so to symbolize this, one side of her ring features the clock’s moon, and the other side is the clock’s sun. 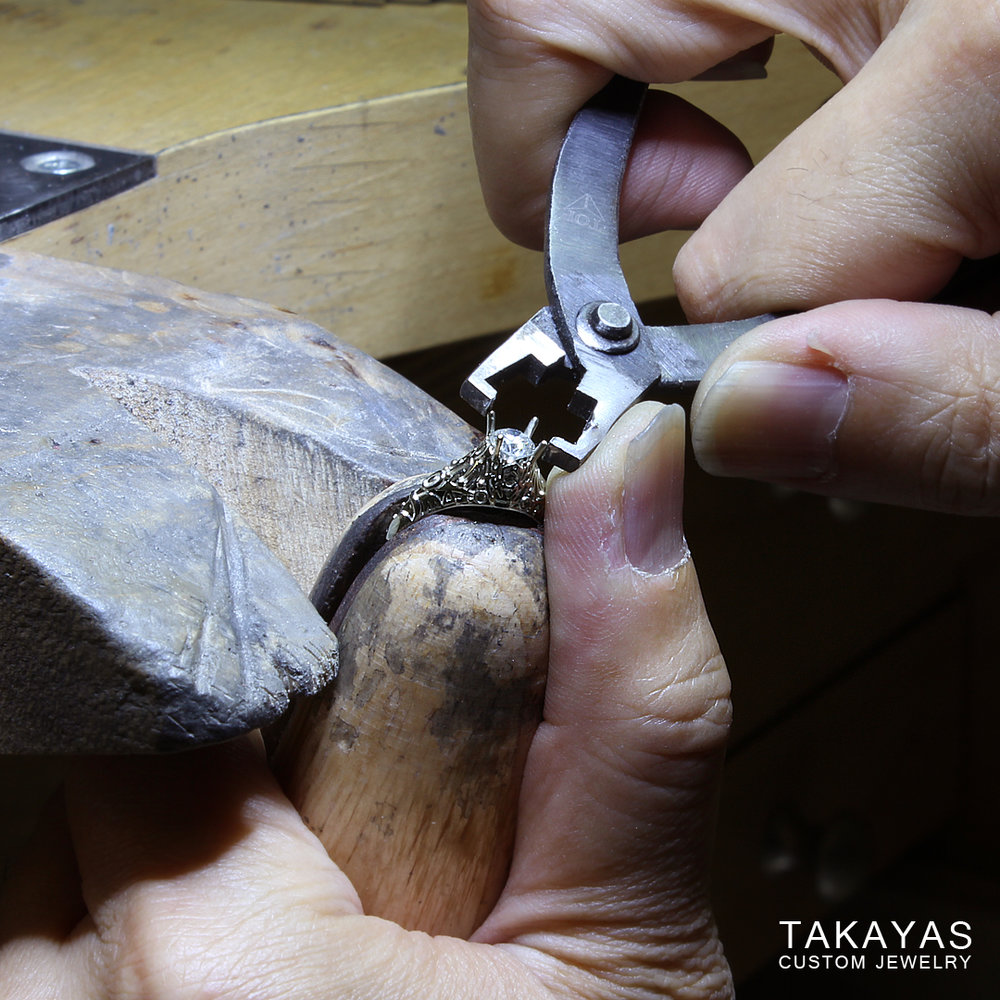 Setting her mother’s diamond in the ring

Megan also loved Kafei and Anju’s lover’s subplot in Majora’s Mask, and she providedimages of their respective Sun and Moon Masks for design inspiration. Their masks also fit in well with the symbolism of the sun and moon cycle of the Clock Tower. 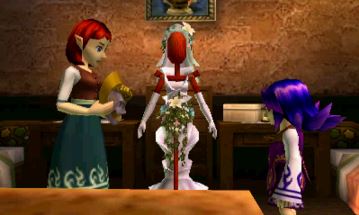 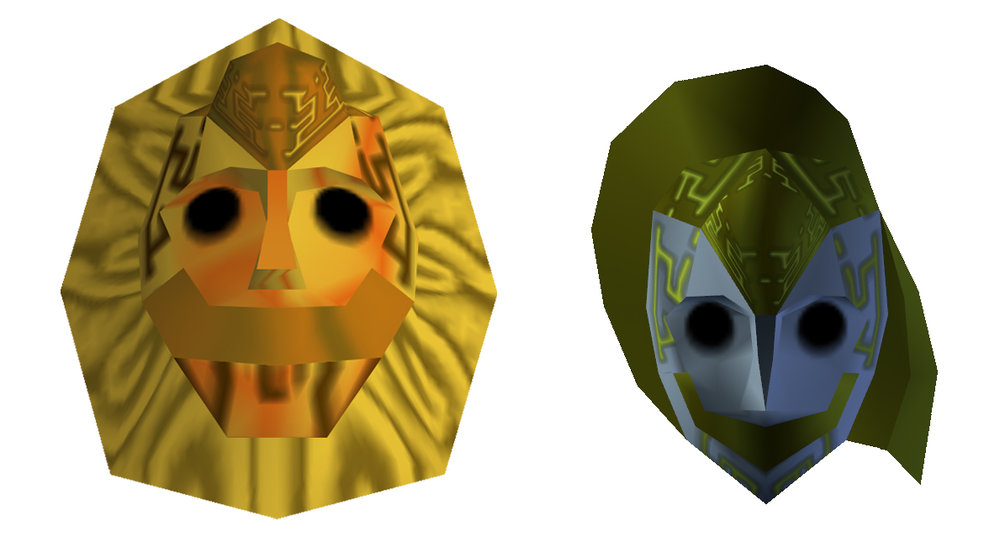 Because the design on the masks wasvery small in the game (not to mention blocky as itwas originally released on the Nintendo 64), Takayaspredominatelyused the pattern from each of the masks’ forehead sections to represent them.Heused a different mask in the front and back of the setting for each character. 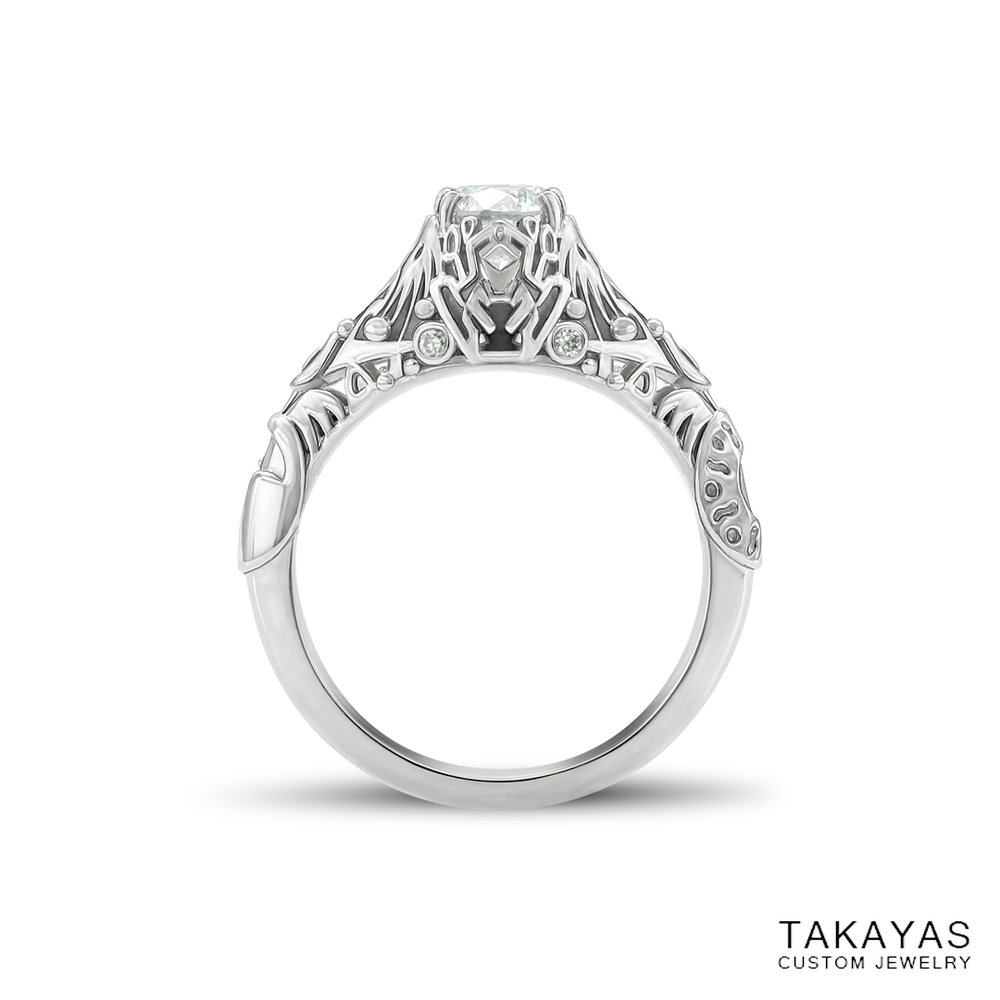 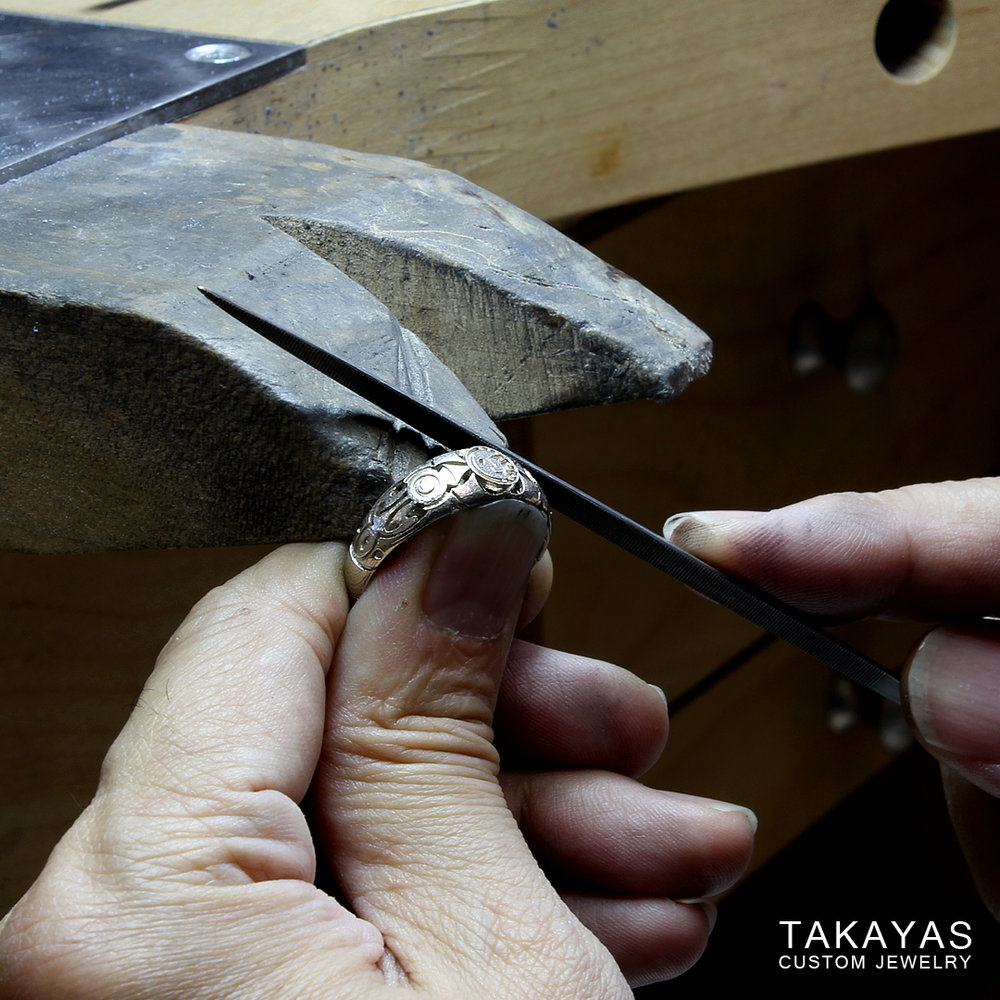 Cleaning up the rough casting

Jonathan’s ring is also based on the Clock Tower pattern, but to bring the time travel theme full circle, Takayasunitedthe sun and moon symbols into one centerpiece. His ring also has the same clock face silhouette as the sides of Megan’sring but significantly widened. 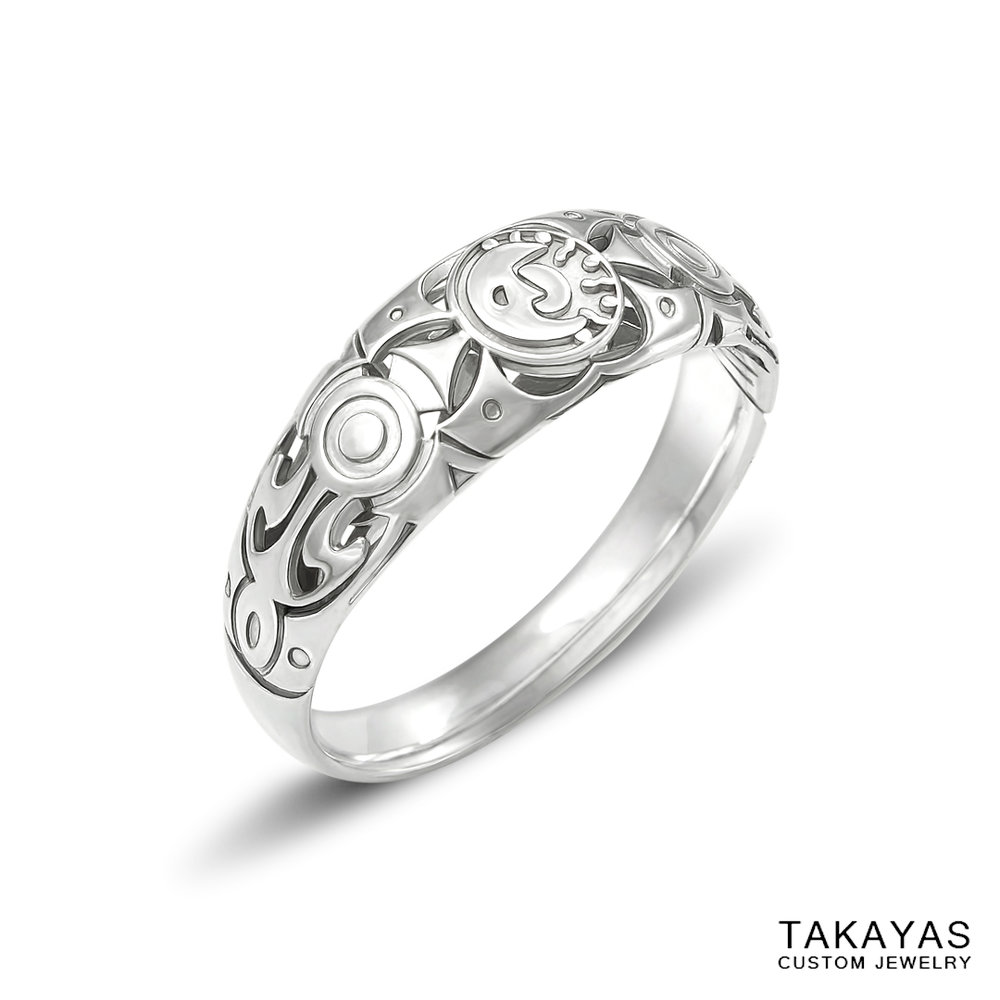 Just like with Megan’s ring,the two clock arm points extend and wrap around the band.

Jonathan had originally provided pictures of the Stone Tower Temple for design inspiration for his ring, so Takayas wanted to find a way to represent the temple’s entrance without drawing away from the main clock tower and time travel theme. 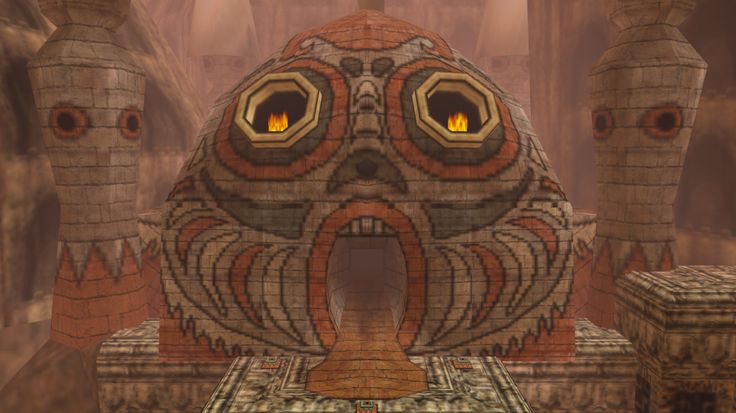 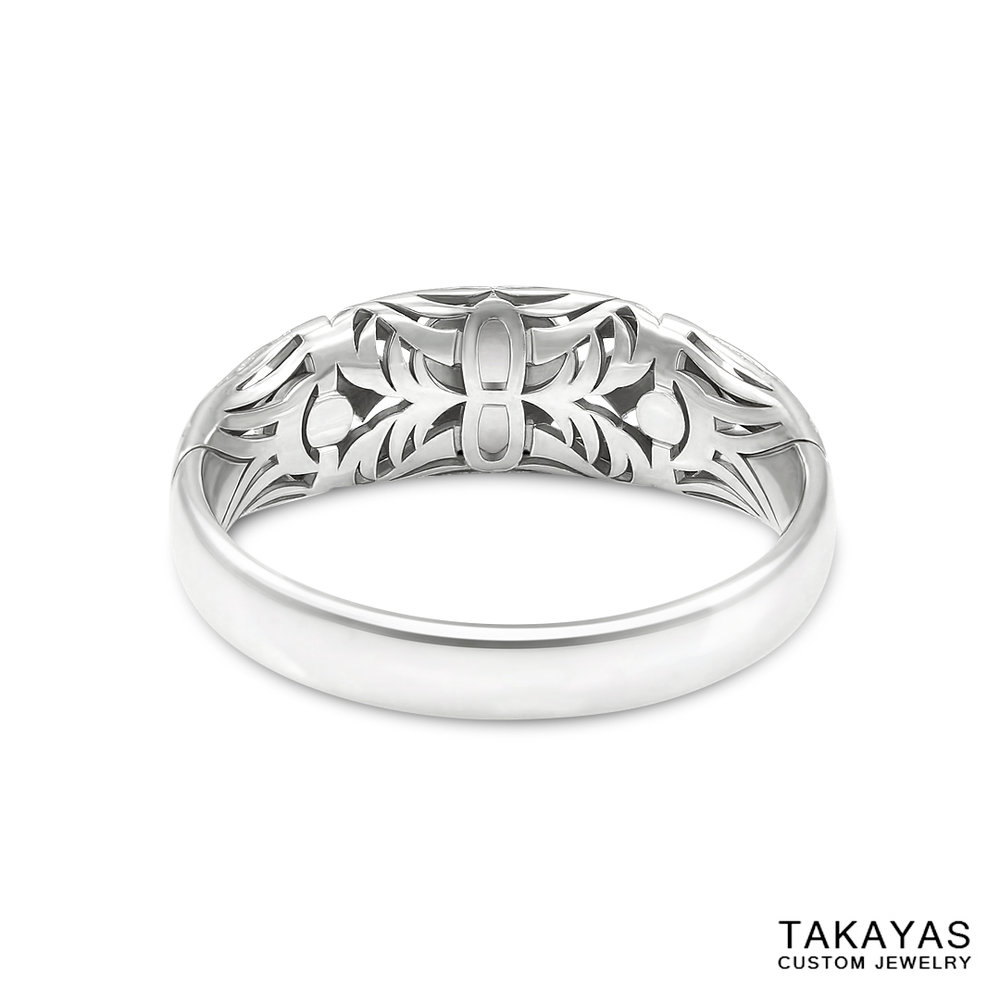 We had so much fun re-creatingthe childhood magic of Majora’s Mask intheir wedding rings.Thank you for letting us be a part of your story!