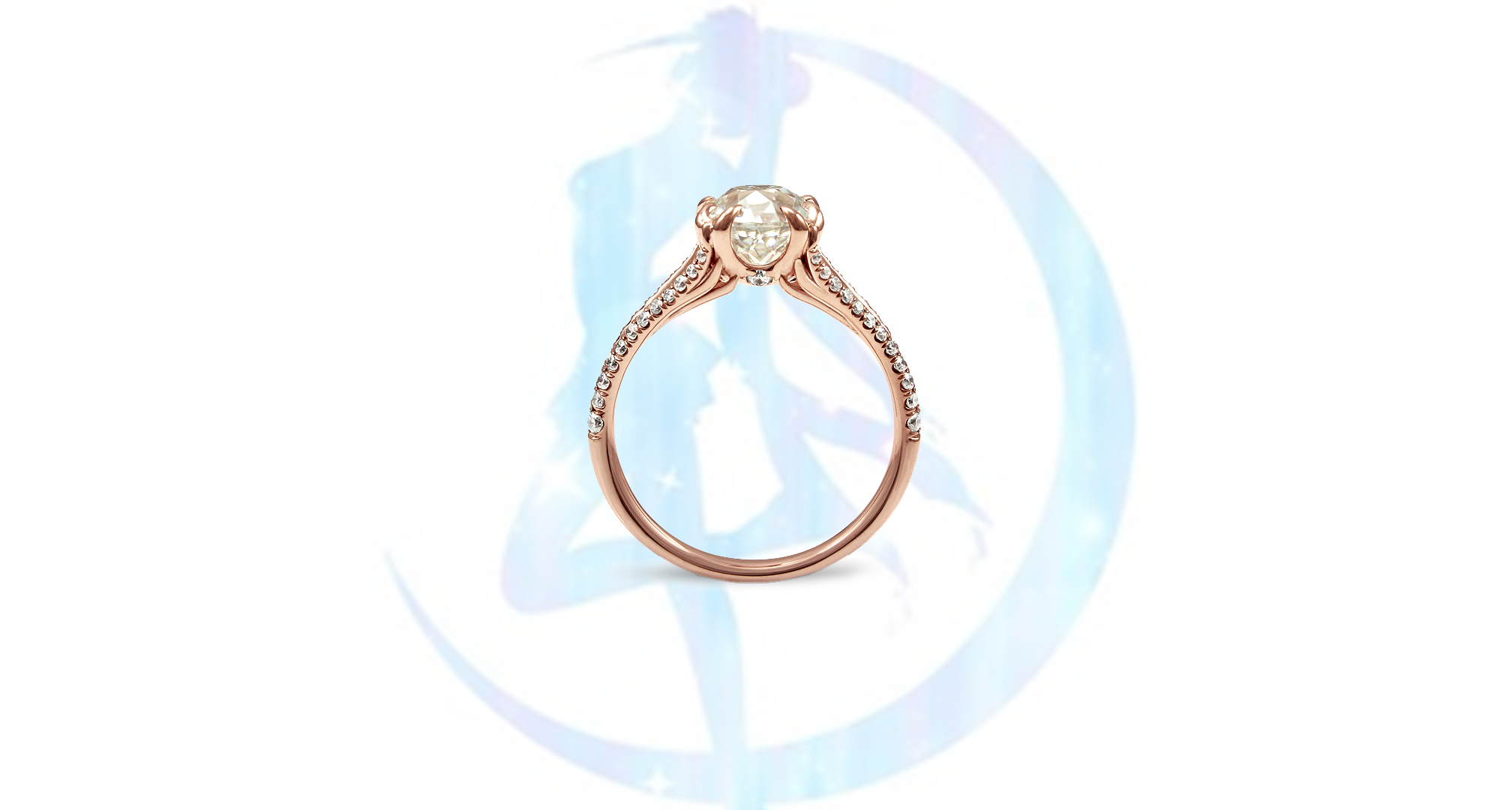 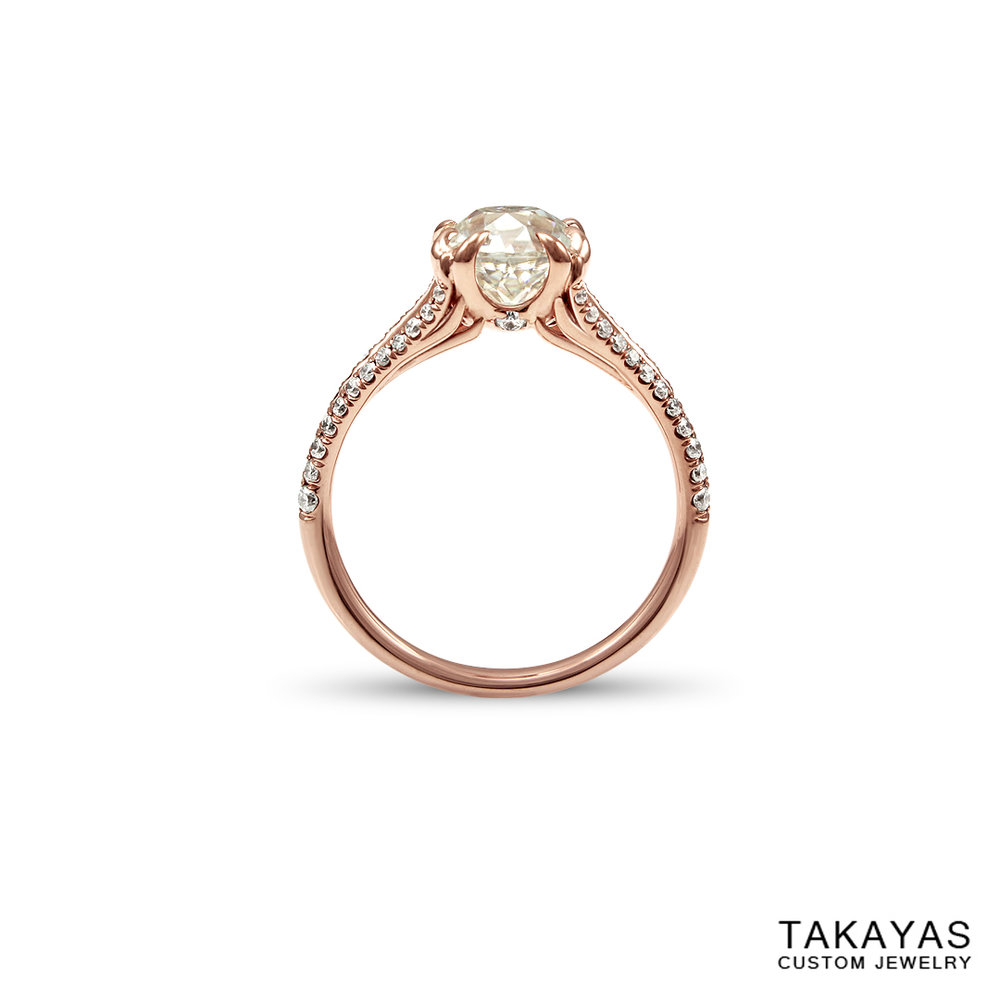 We had such a great experience thelast time we designed a Sailor Chibi Moon ring, so when Adam commissioned acustom Sailor Moon engagement ring for his girlfriend Anna we were very excited.

Herequested thecrescent moon symbol be the basis for the design, but he specified that he wanted the anime references to look very subtle. If possible, he also wanted to incorporate some of the wing imagery that is very prevalent in the series. 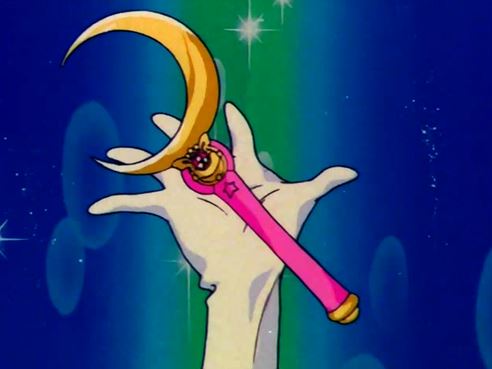 To give us a better understanding of the design direction he was interested in, he showed us several examples of very classicsplit-shank styles with double prong settings.

The split shank style actually lent itself perfectly to his ring’s Sailor Moon elements. Takayas decided that the best way to subtly incorporate the wing shape would be to buildit into the bottom of the ring’s shoulder where there would be ample room for the wings to fan out. 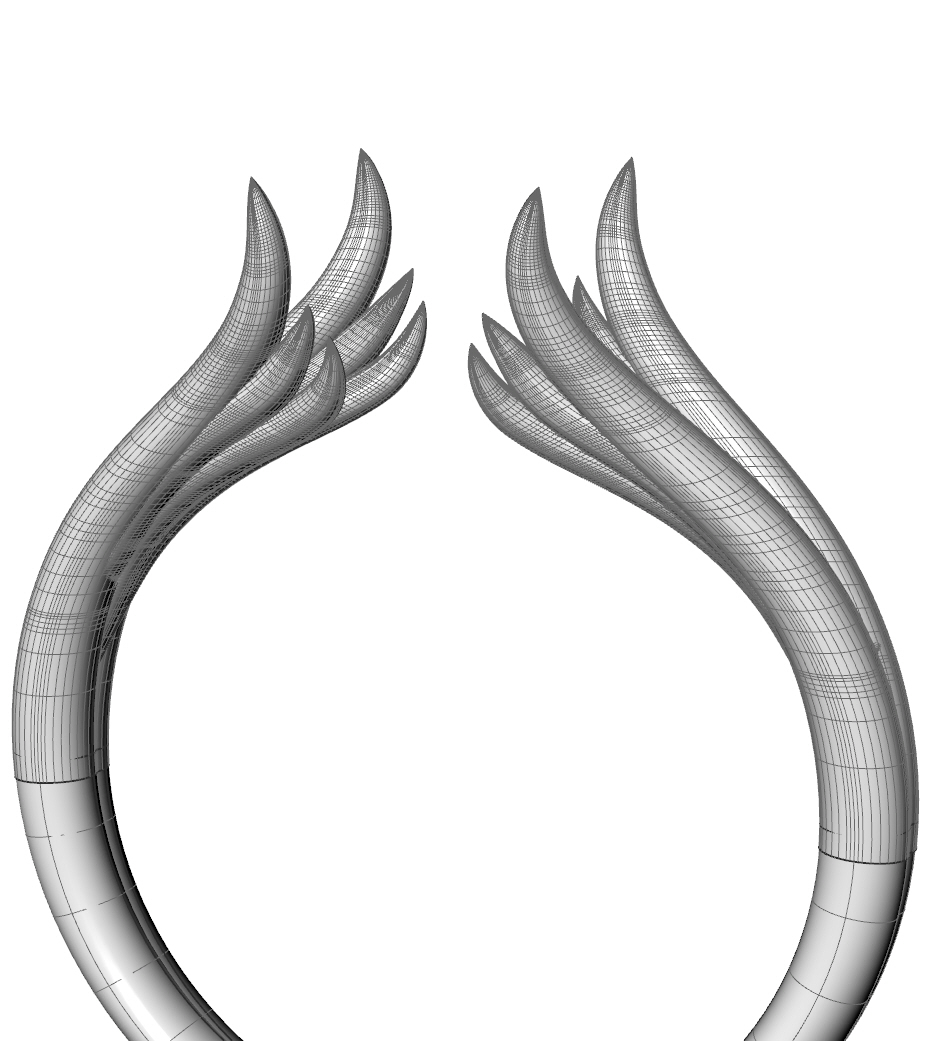 For the moon symbol, Takayas utilized the moon-shaped tips of the individual prongsand createdthe setting out of four crescent moons.

The most challenging part of designing the ring was making sure the wings didn’t overlap over the moon setting too much. Takayas needed to make sure that the setting was firmly anchored to the band, but he didn’t want the wings to distract from the individual moons. 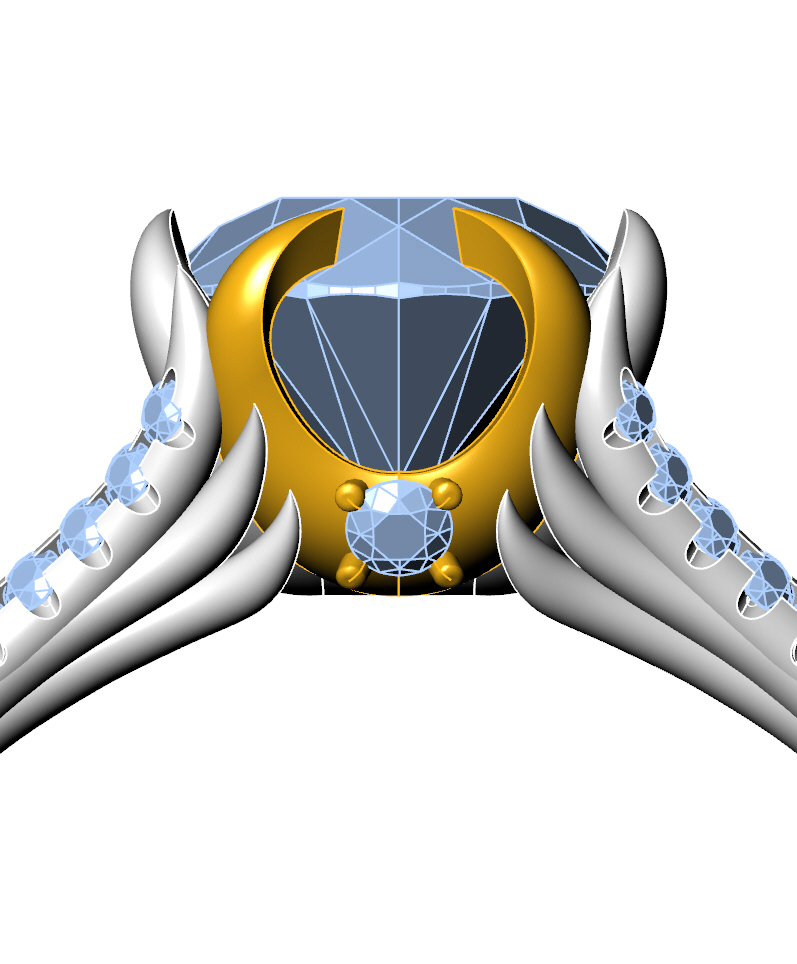 While he was crafting the ring, Takayas alsohad to be very careful when settingthe old European cut center stone in order to preserve the moon tips. If he hammered the prongs too much, the points of the moons would have been flattened out. Four lines of graduated accent diamonds travel up the 14K rose gold band. 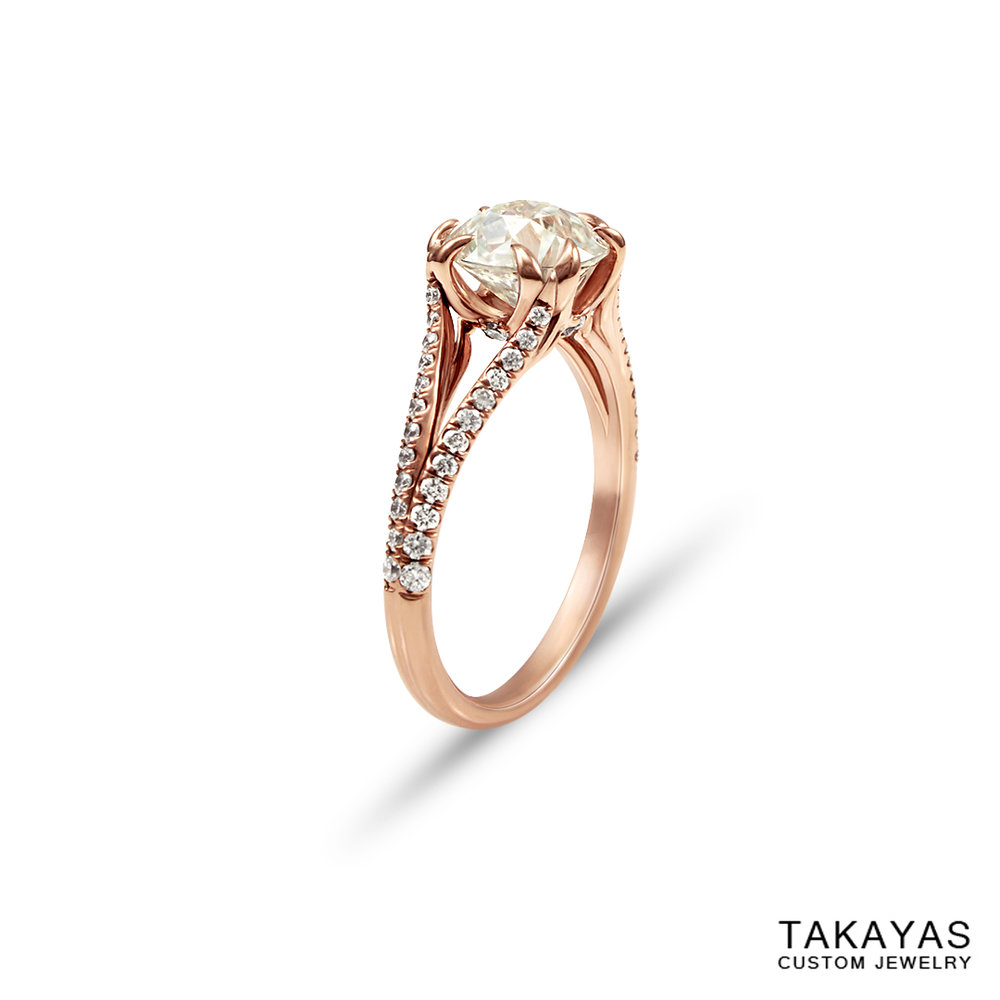 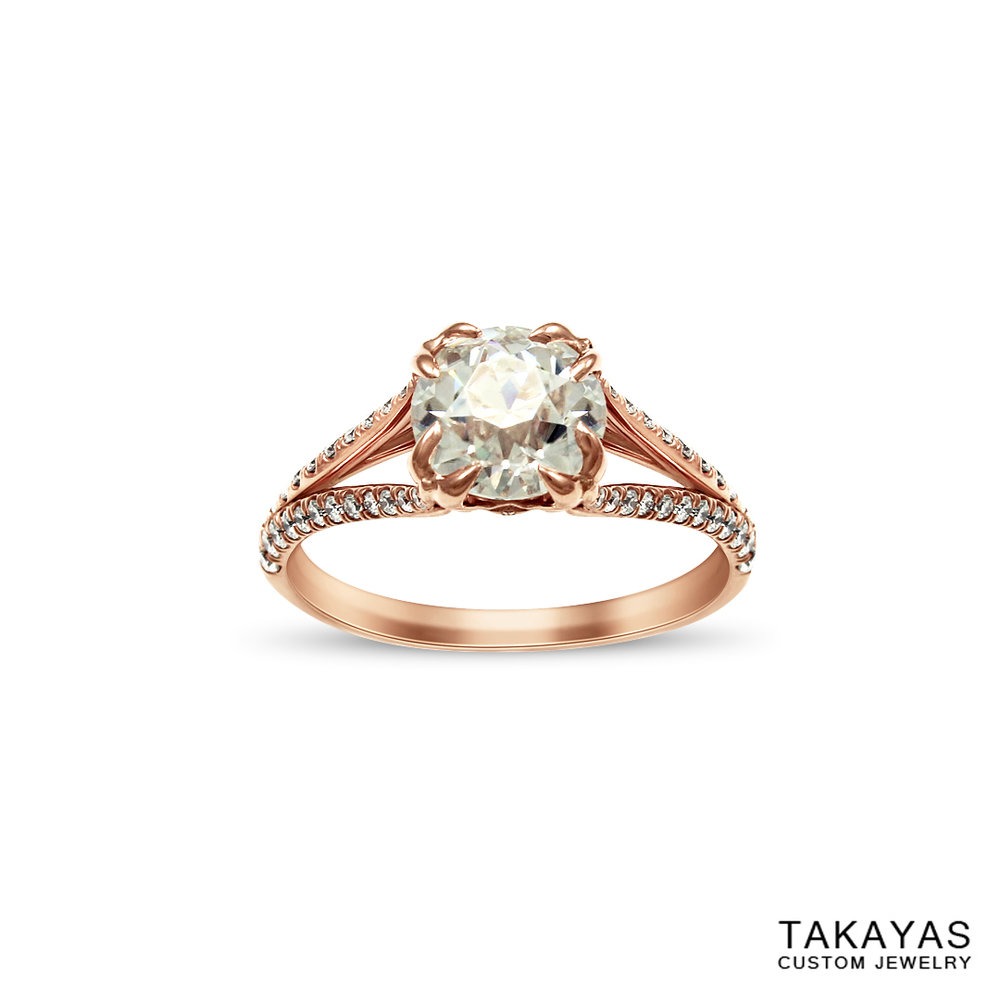 After Adam proposed, we were so happy to hear that Anna said yes, and she loved the ring.They were also kind enough to write about their experiences working with us:

Adam wrote: “I stumbled upon Takayas work online, and decided to submit an inquiry. I had been given some direction by my fiancee as to certain things she wanted, and I wanted to try to incorporate a Sailor Moon theme to the ring, but had no idea how to do so. I sent Takayas images of things I wanted him to try to include and what to avoid, along with styles of other rings. I was worried that I provided too many elements, and in my head, I could not figure out how everything would come together. When I received the mock ups, though, my initial thought was, “Oh my God, this is perfect!” Takayas was able to create something truly amazing from my descriptions and images that was elegant and refined, while still having the references to Sailor Moon that both myself and my fiancee would recognize. I truly could not have asked for a better experience than Rachel and Takayas were able to provide!”

Anna wrote: “I had no input at all on the ring design, but it is the most perfect ring, and everyone that sees it says that they can’t imagine me with anything else. I was absolutely floored when I first saw the ring! The attention to detail was amazing; I especially loved the beautiful crescent moons on all four sides of the ring curving up to form the double prongs. Takayas was able to combine all of the elements that I loved most in rings I’ve seen with incredibly elegant Sailor Moon references to make a truly special ring that I will be proud to wear for the rest of my life. Thank you for making me a ring more stunning than I could ever imagine!”