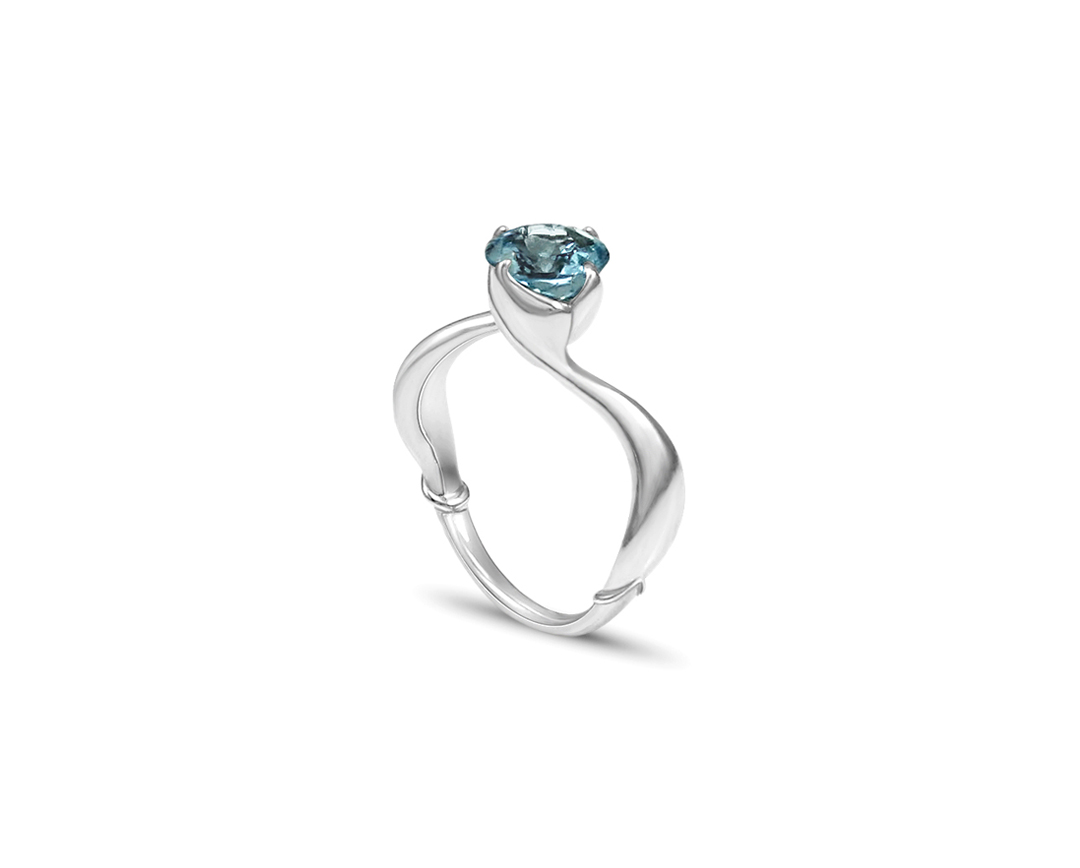 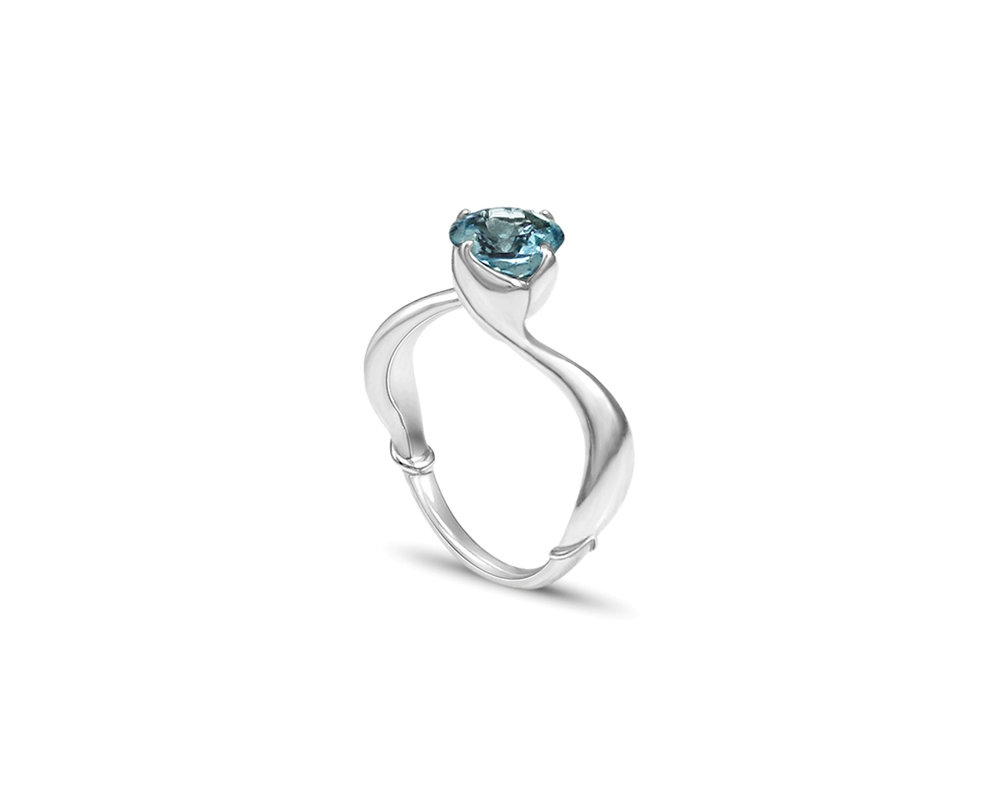 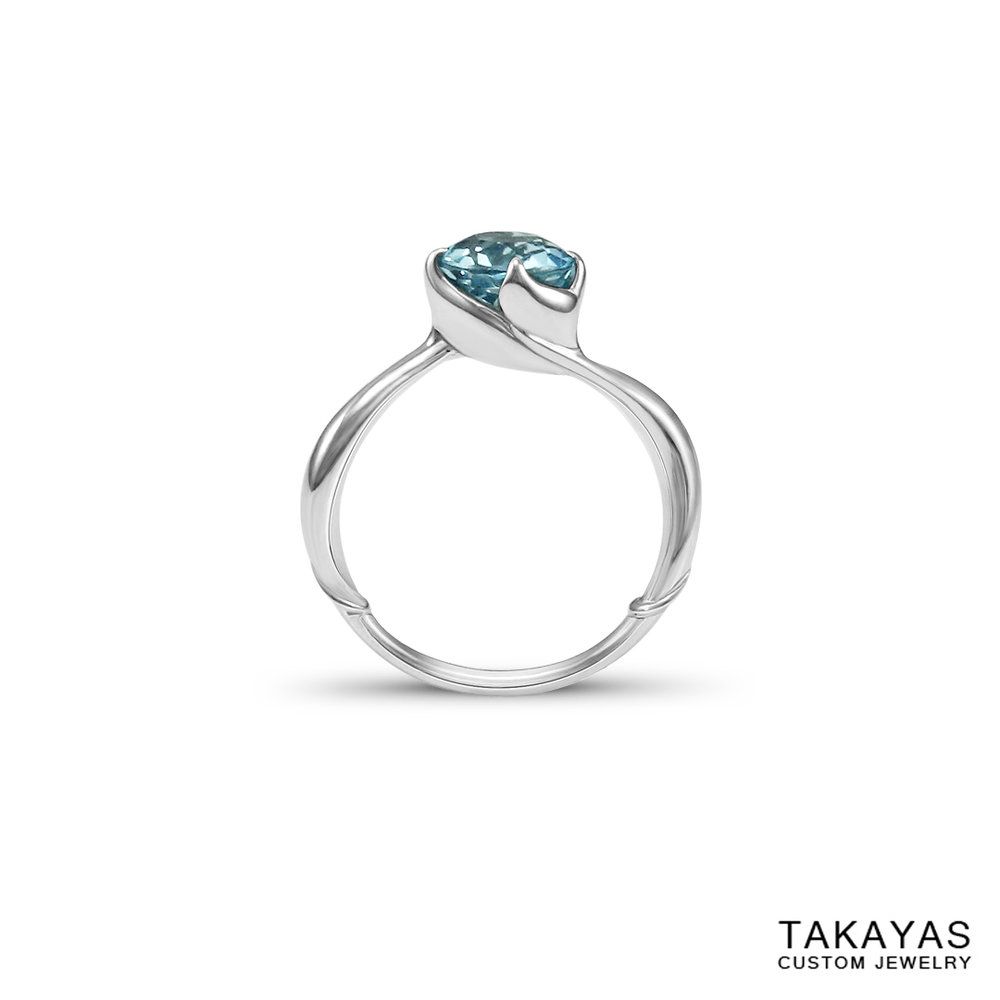 Robert came to us with a very special engagement ring concept for his girlfriend, Sabrina. Sabrina absolutely loved The Little Mermaid when she was growing up, so when Robert was ready to propose, hewanted to create an engagement ring that would also remind her of one of her favorite childhood memories. 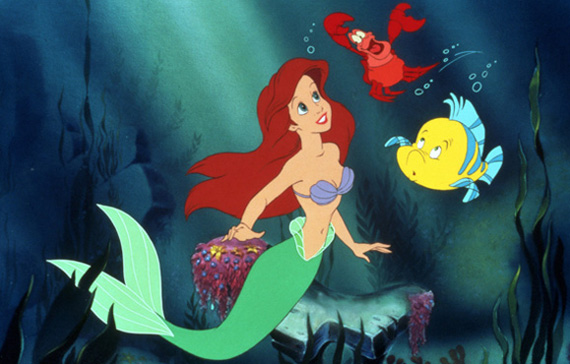 For this ring’s design, Takayas wanted to play with the idea of subtly capturing the “under the sea” look. He created the band out of two 14K white gold mermaid tails and used the fins as the ring’s setting for the 1.02 ct aquamarine.

To create the appearance of organic underwater movement, Takayas designed the tails’ fins to twist and curve around the aquamarine. If you look closely, the tips of the fins form the ring’s prongs. 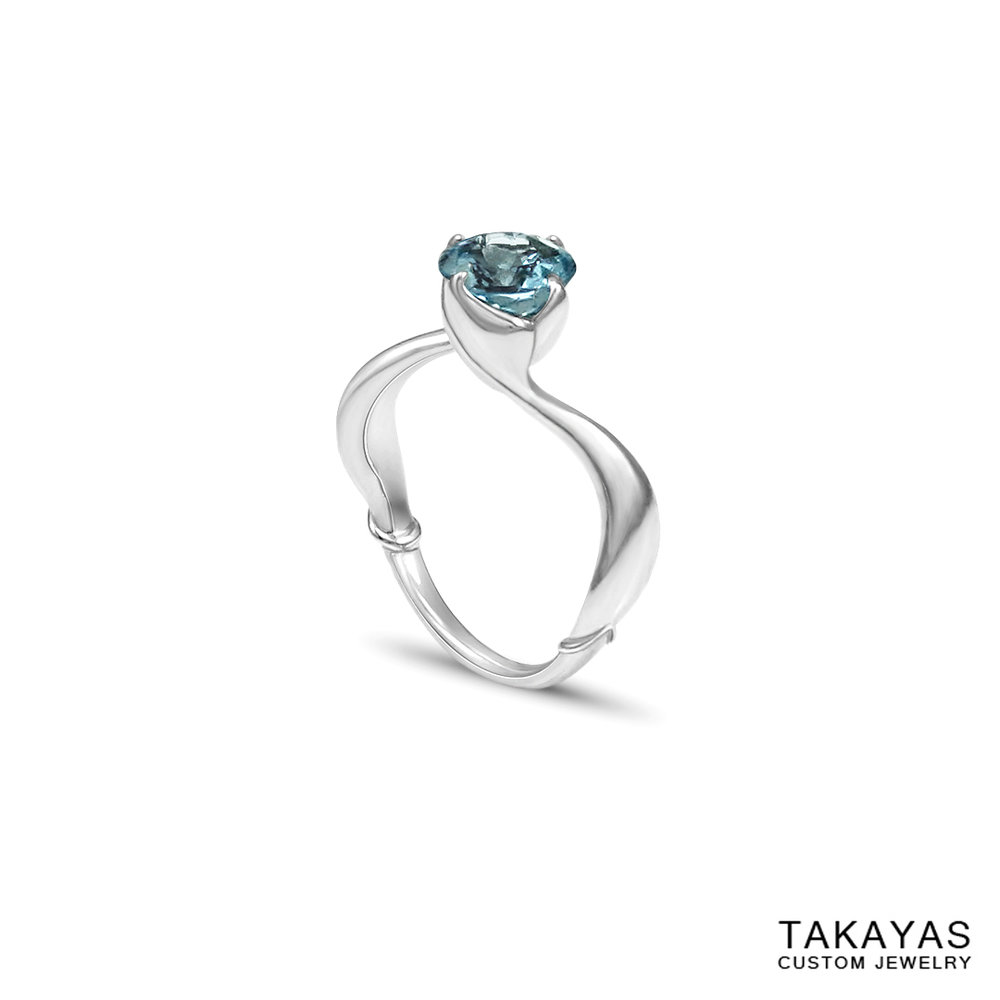 When it came time to propose, Sabrina, of course, said yes! Robert proposed in front of a slideshow of all of their favorite memories together over the past seven years, and after she said yes, all of their friends and family came rushing out. He even included recordings of their friends who couldn’t make it to the proposal in the slideshow. 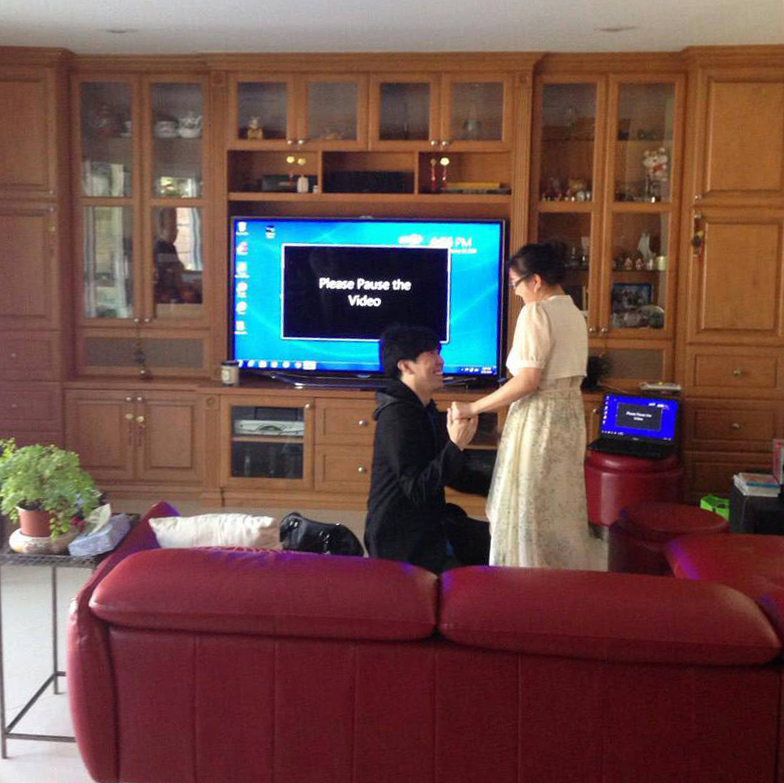 “On the day of the proposal I was able to gather around 15 people. In order to do the surprise I had asked her family’s help to take her out of the house so we couldall gather and hide in her house while she was out with her family. Having everyone meet up actually went more smoothly then I thought. After everyone arrived we all hid in the guest room and waited for the right timing to come out. I made a slide show video with music and pictures I took with her through the 7 years we have been going out. I asked her family to watch a funny video they found on the tv so she could start watching the slide show I made. Near the end of the slide show I had requested to stop the slideshow by adding the caption and the timing for all of us to come out when the music stopped.

When the slide show was paused I went out by myself first and proposed to her. After the proposal was successful all of the people I had gather rushed out and surprised/scared her a lot. After everyone came out I played the continuation of the slide show because I recorded some people who were not able to make it on the day of the proposal. Her reaction and her face in a shock was priceless. Seeing her reaction was worth surprising her the way I did.

The reason I chose the Little Mermaid themed engagement ring is because The Little Mermaid was one of her favorite movies she watched when she was little. And she loves mermaids. When she goes to Disneyland she is excited whenever she finds anything related to mermaids. So I decided if she loves mermaids so much I wanted her to have the ring she would never forget while having the memory of her childhood.” 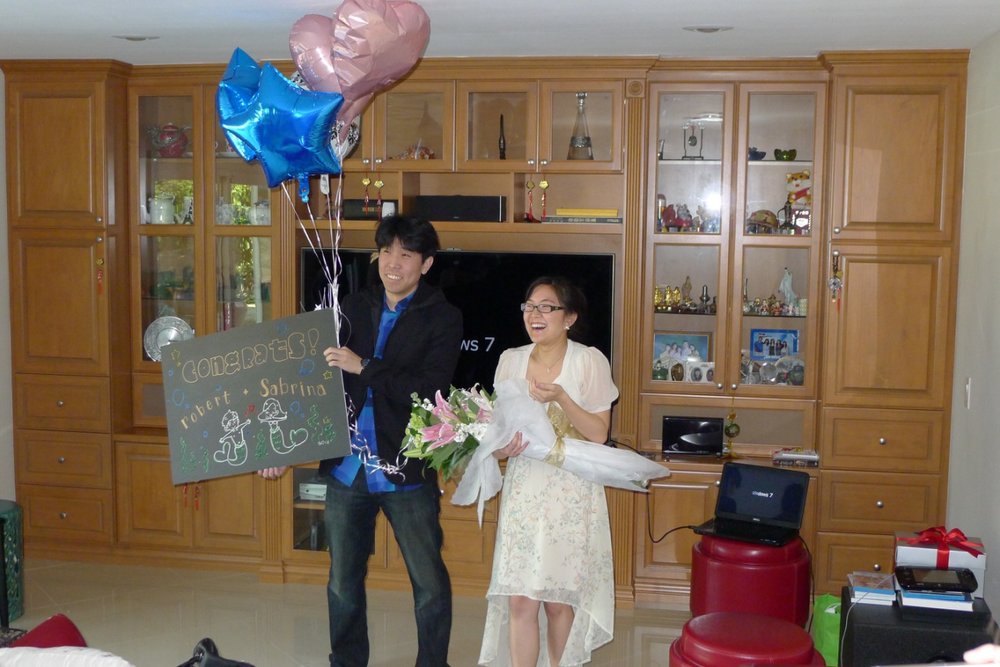 We had such a lovely time working with Robert to create this engagement ring. We’re very excited to be designing their wedding bands next!