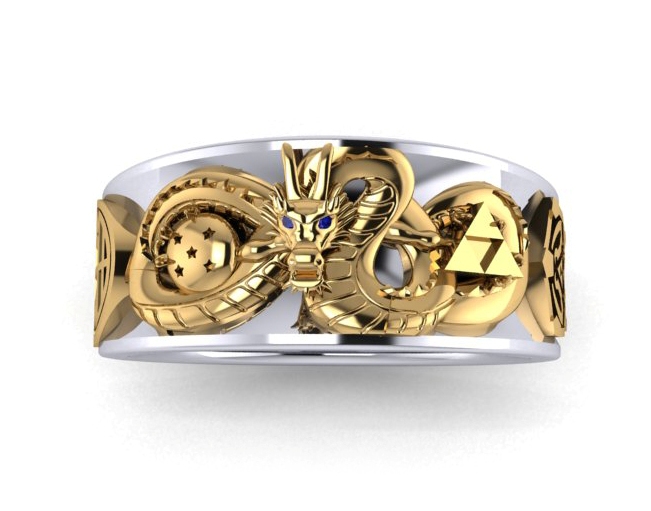 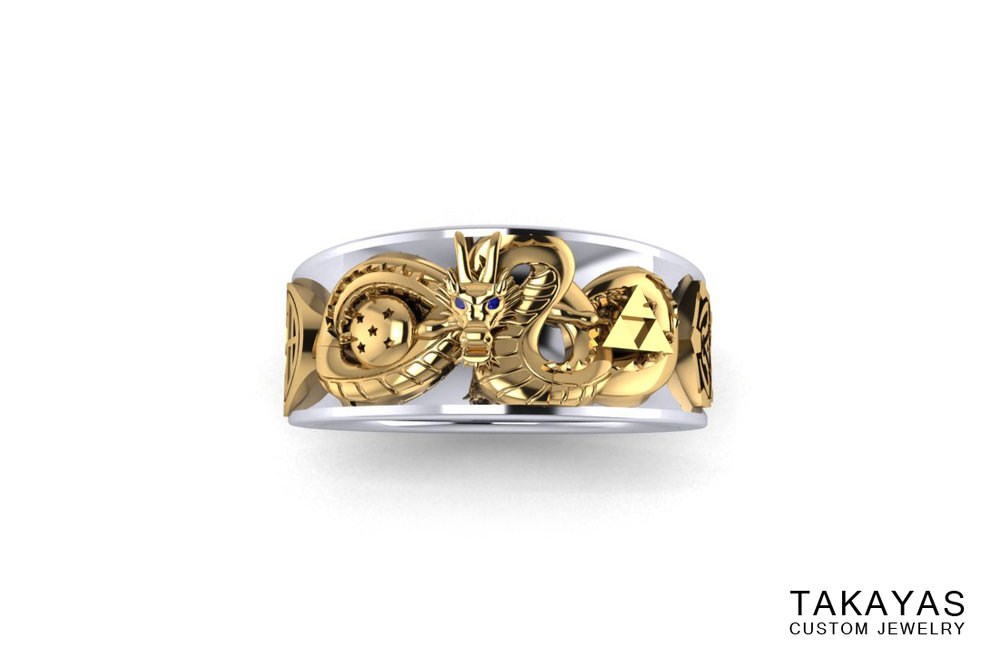 When Rachel couldn’t decide between a Dragon Ball ring and Zelda ring for an anniversary present, we were enthusiastic at the prospect of designing a custom band that found a way to meld both her husband’s favorite anime and game. 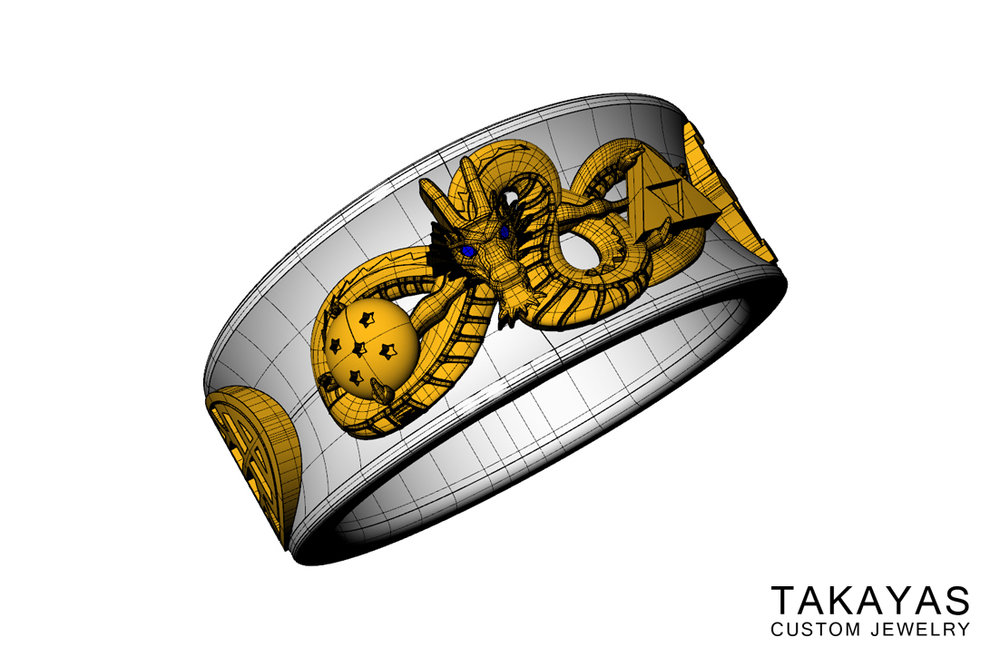 She decided she wanted ring to have the Dragon Ball elements on one half of the band, the Zelda elements on the other half, and the two designs to merge in the middle as a hybrid nod to each series. 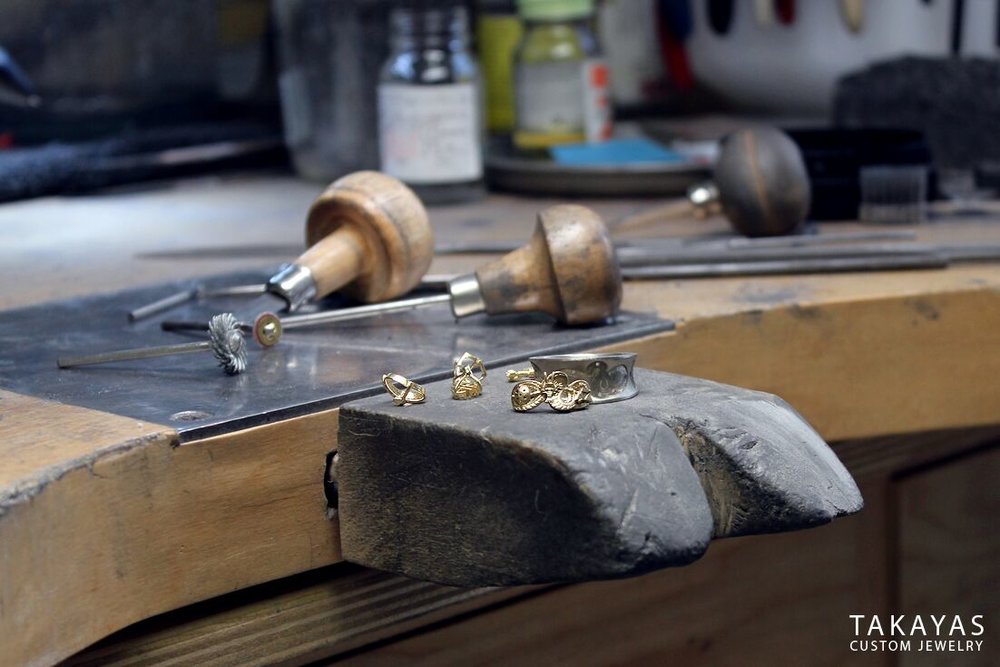 Takayas used Link’s Hylian Shield on one half of the ring and King Kai’s Kai-yo symbol on the other to create symmetry and the represent both series equally. 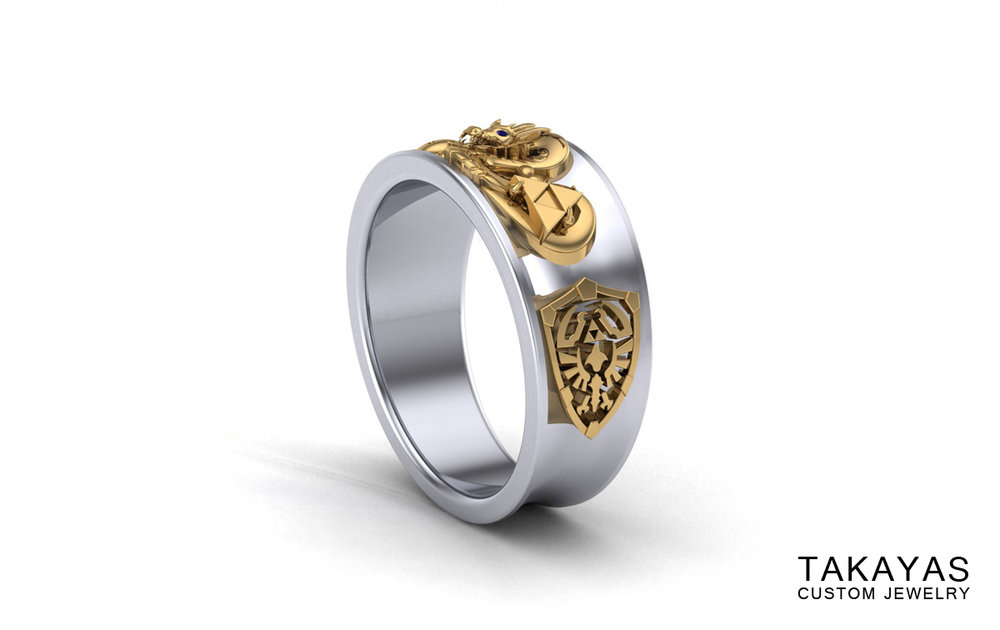 After re-watching more than a few episodes of Dragon Ball from his teenage years (all for research purposes, of course), Takayas came up with the idea to use the dragon Shenron as the centerpiece for the band. Even though the dragon balls and triforce were from different series, they both contained the power to grant the wish of the person who found them. Thus, Takayas designed Shenron to hold the five star Dragon Ball in his right claw and the triforce in his left claw. 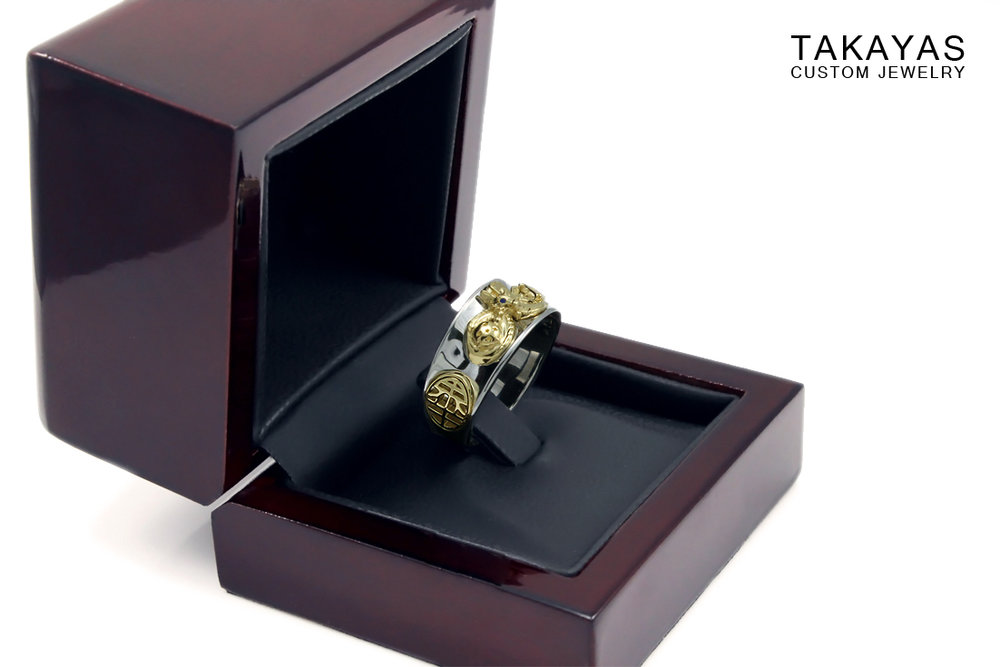 It was a ton of fun creating this Dragon Ball ring for Rachel. We wish these two many more joy-filled anniversaries to come!