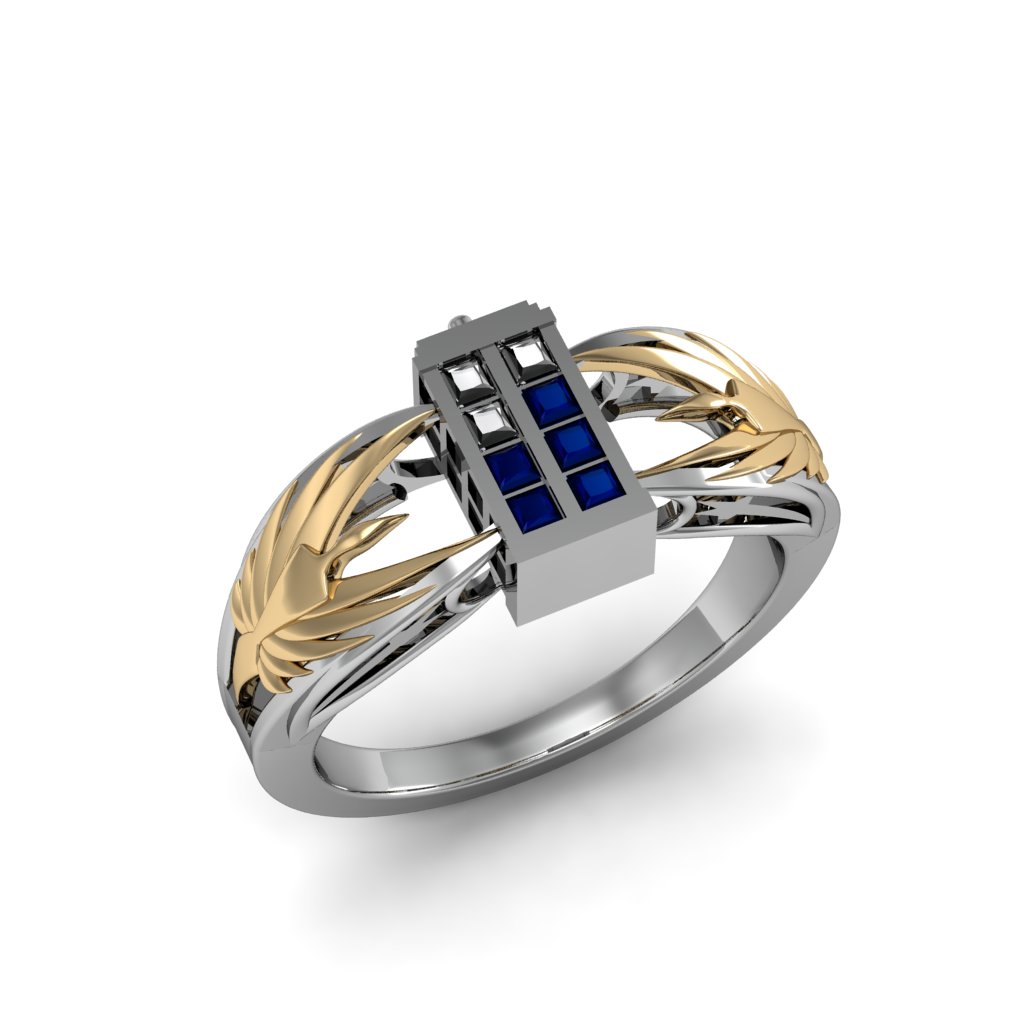 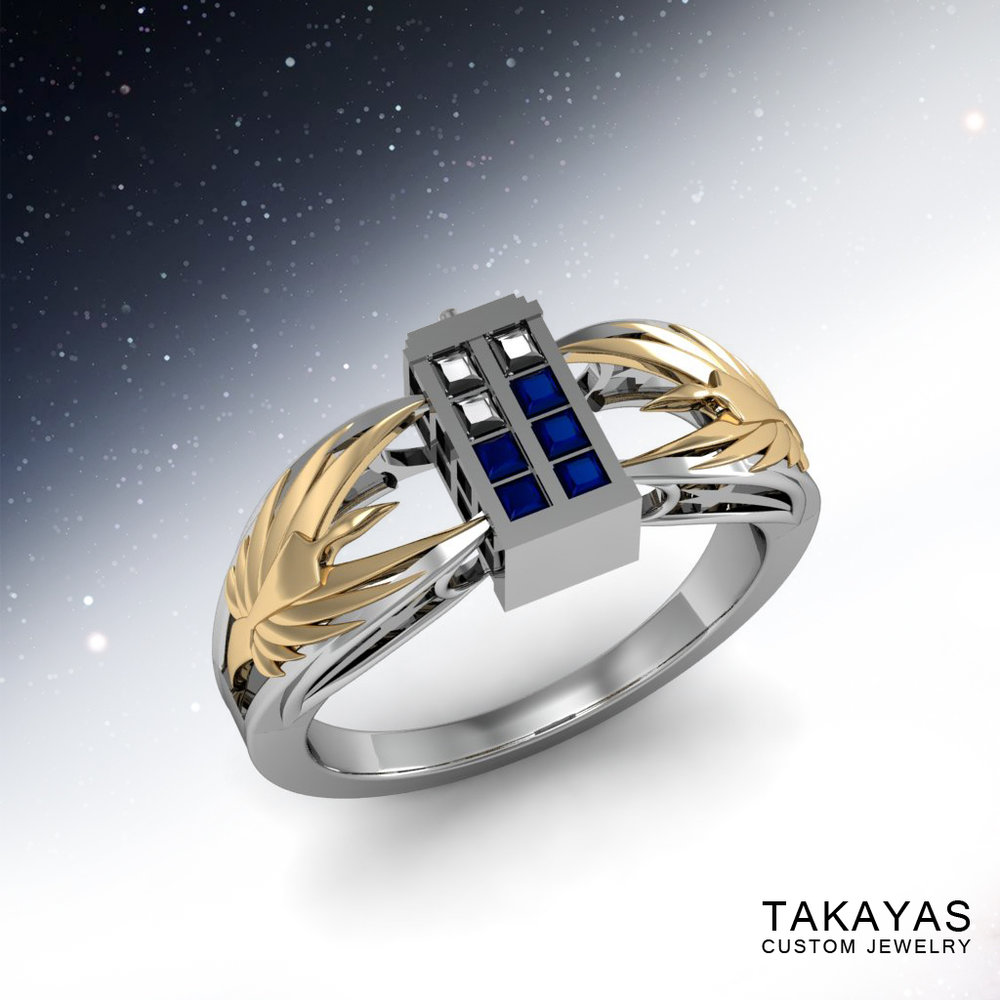 For Dr. Who fans John and Sarah, they knew not just any typical solitaire engagement ring would do. When John reached out to us to create a sapphire engagement ring for Sarah, we knew it was going to be a fun project when he specified the stones would need to be a deep blue, specifically Tardis blue.

In addition to the main Dr. Who Tardis, Sarah also wanted to find a way to incorporate elements from some of her other favorite series: Battlestar Gallactica and Star Trek. 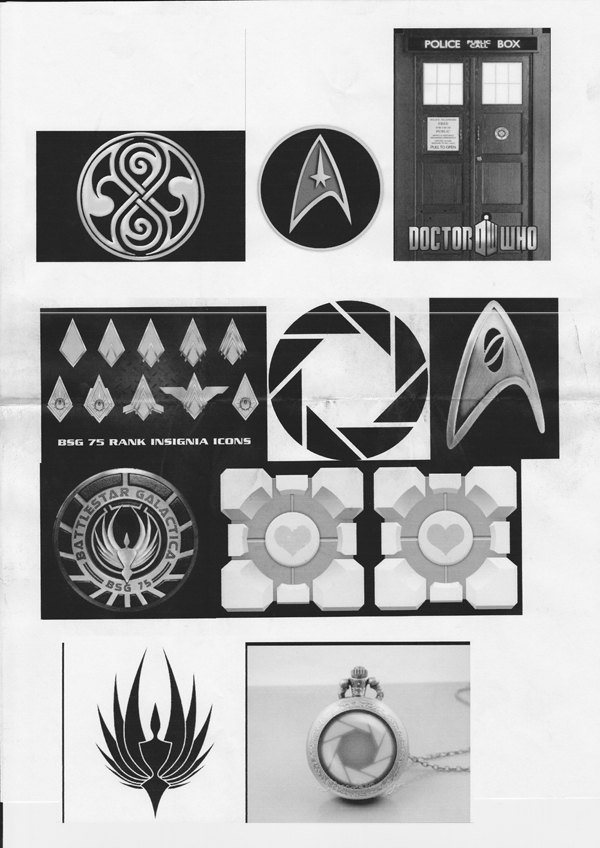 Takayas sought to represent each series in a way that they individually stood out without also competing with one another. As cool as a cross over sci-fi ring would be, a Dr. Who/Battlestar Gallactica/Star Trek piece could potentially be really busy if Takayas were to literally integrate the BSG Pegasus and the Enterprise ship on either side of the Tardis.The solution was to use the Star Trek USS Enterprise symbol on both sides the of the ring’s shoulder so that it wouldn’t compete with main centerpiece while still looking like one cohesive design. 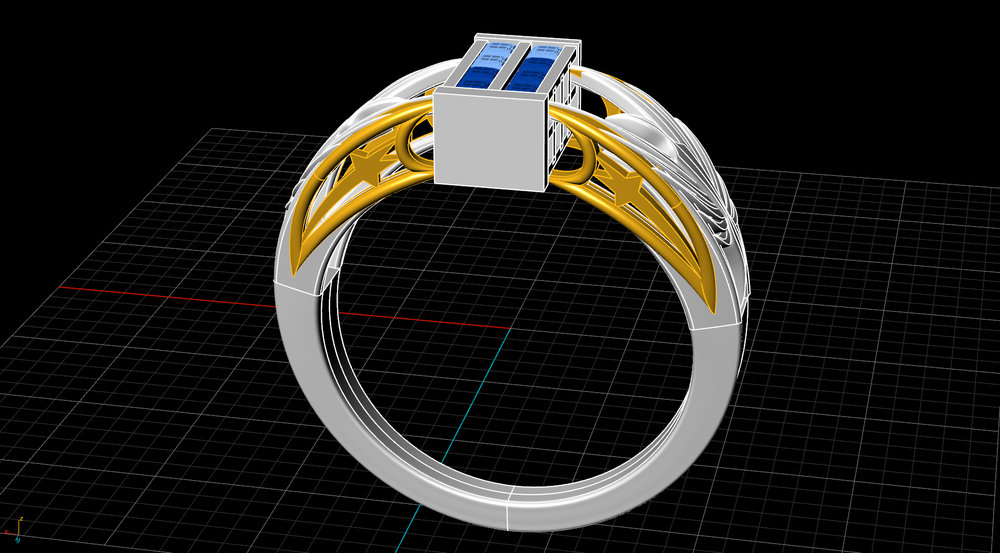 Takayas also knew that he wanted the Tardis to appear as if it was floating, mimicking the way the Tardis hurdles through space as it time travels throughout the series. However, it also had to sit low enough in profile so that the phone booth wouldn’t catch on Sarah’s gloves while she was at work. Takayas came up with the solution to anchor the Tardis with the wings of the BSG seal. This would create the negative space that made the Tardis appear to be suspended in the ring, while at the same time, maintaining an overall flat surface for Sarah’s gloves. 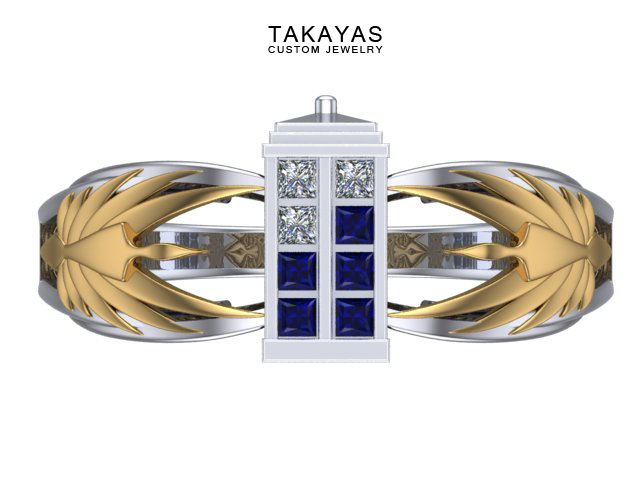 It was such a pleasure working with Sarah and John. We always love it when customers share their engagement photos! 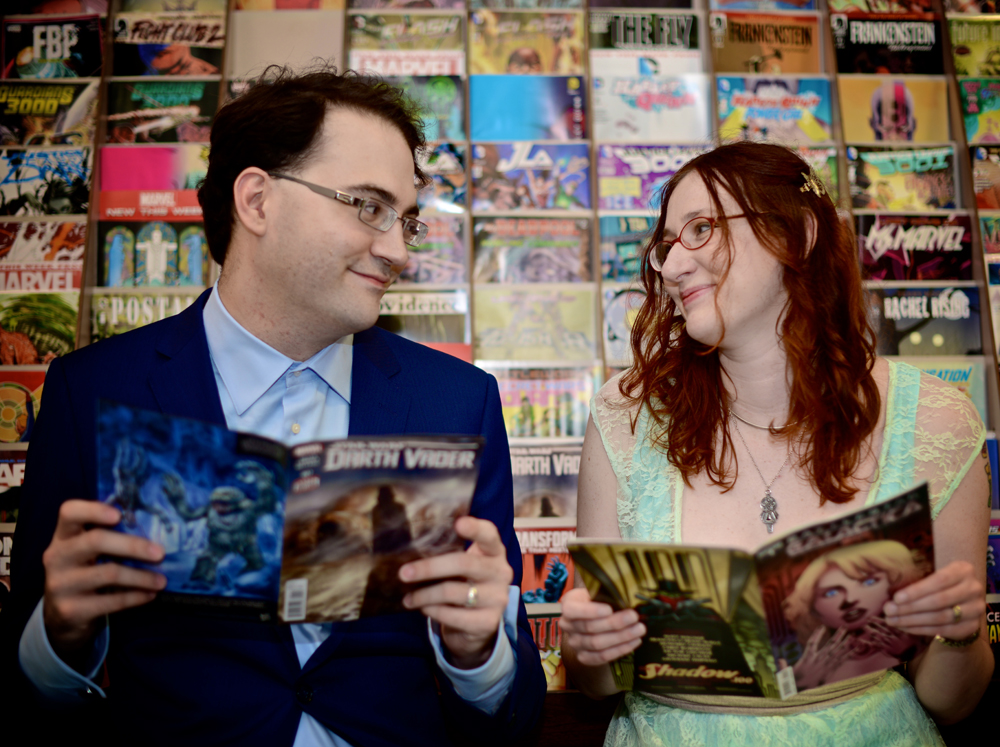 Sarah is happy to report, “It’s a great ring, I get compliments on it all the time.” 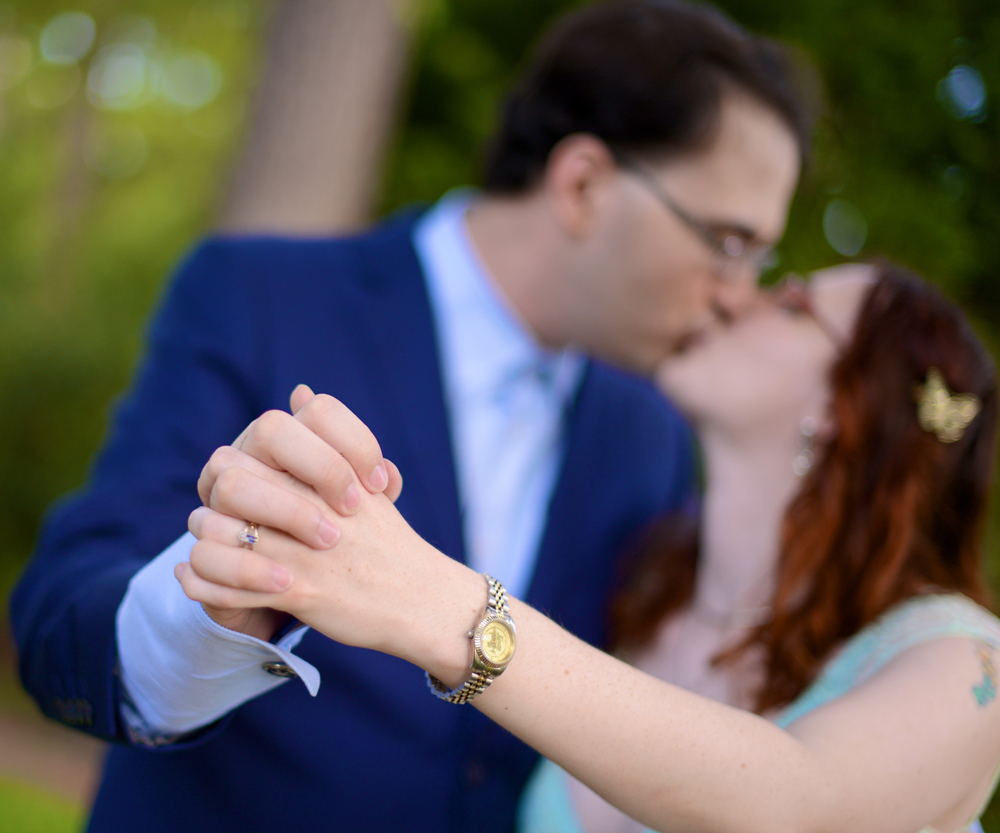