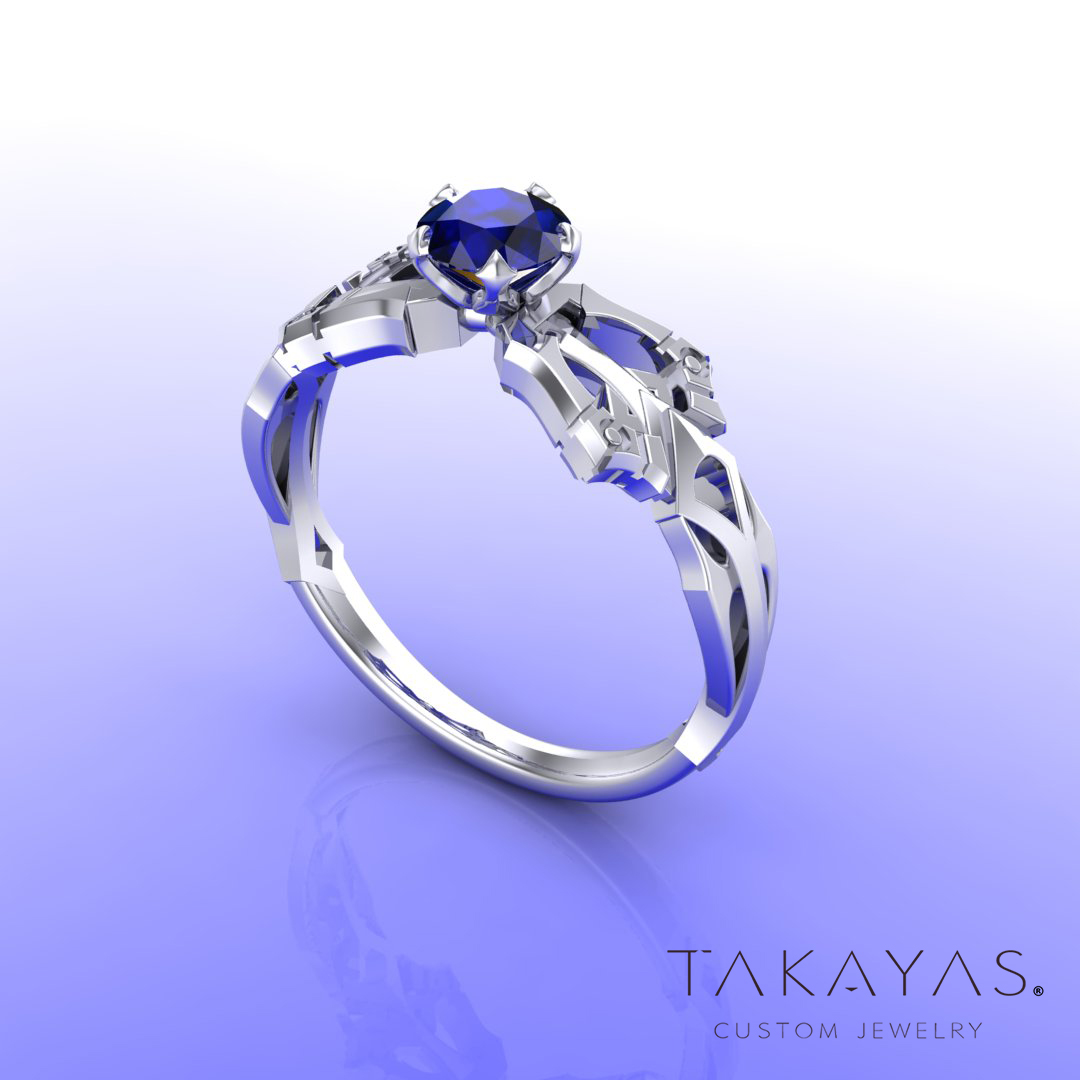 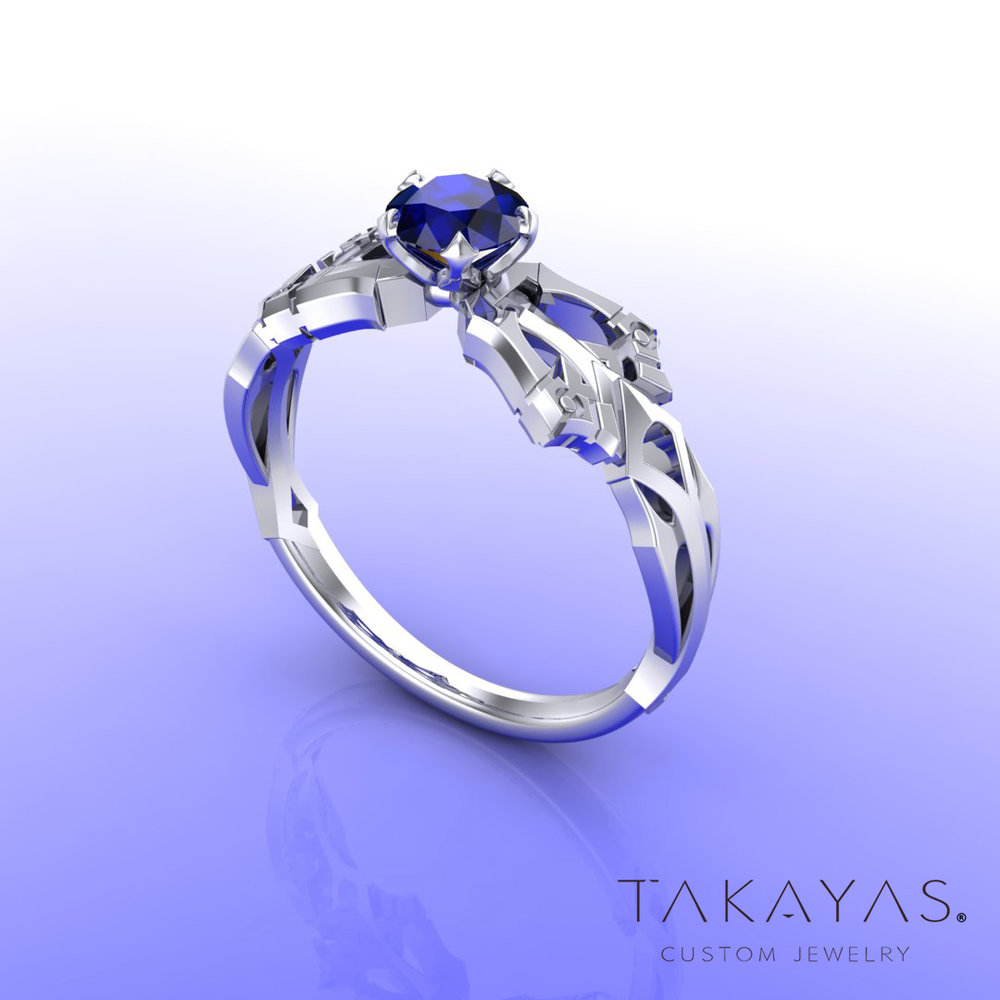 Aqua is one of the main protagonists of Kingdom Hearts Birth by Sleep, and it is her dream to become a Keyblade master. Alongside Aqua are protagonists Ven and Terra. On one night, as Ven, Terra, and Aqua gaze at a meteor shower together, they receive a beautiful gift from Aqua. She created a good luck charm called a wayfinder, and made one for each of them to cherish.

Angel came to Takayas for a Kingdom Hearts inspired engagement ring to propose with for his girlfriend. For this design, Angel shared his girlfriend’s favorite character is Aqua, and that he knew she would love a custom design based off of her!

Angel referenced Aqua’s wayfinder, and keyblade in his request to use as inspiration for the design, as well as referencing a previous Takayas Kingdom Hearts design based off the Oathkeeper. All of these elements combine into this beautiful Aqua inspired engagement ring!

A solitaire ring design was utilized, and Takayas drew inspiration from Aqua’s organic water flowing shaped character design. The beautiful blue sapphire center stone is held by a Wayfinder inspired setting. There are five specialized prongs, shaped like the tips of the Thalassa shells. The shank features her keyblade’s handle mirroring on each side of the center stone. Since Aqua’s keyblade design tapers in the middle, Takayas balanced out the narrower part of the design with elements of Aqua’s winged boots. This similarity in the forms of her boots wings and the Rainfell keyblade was another reason he chose this specific weapon of Aqua’s for this special ring. 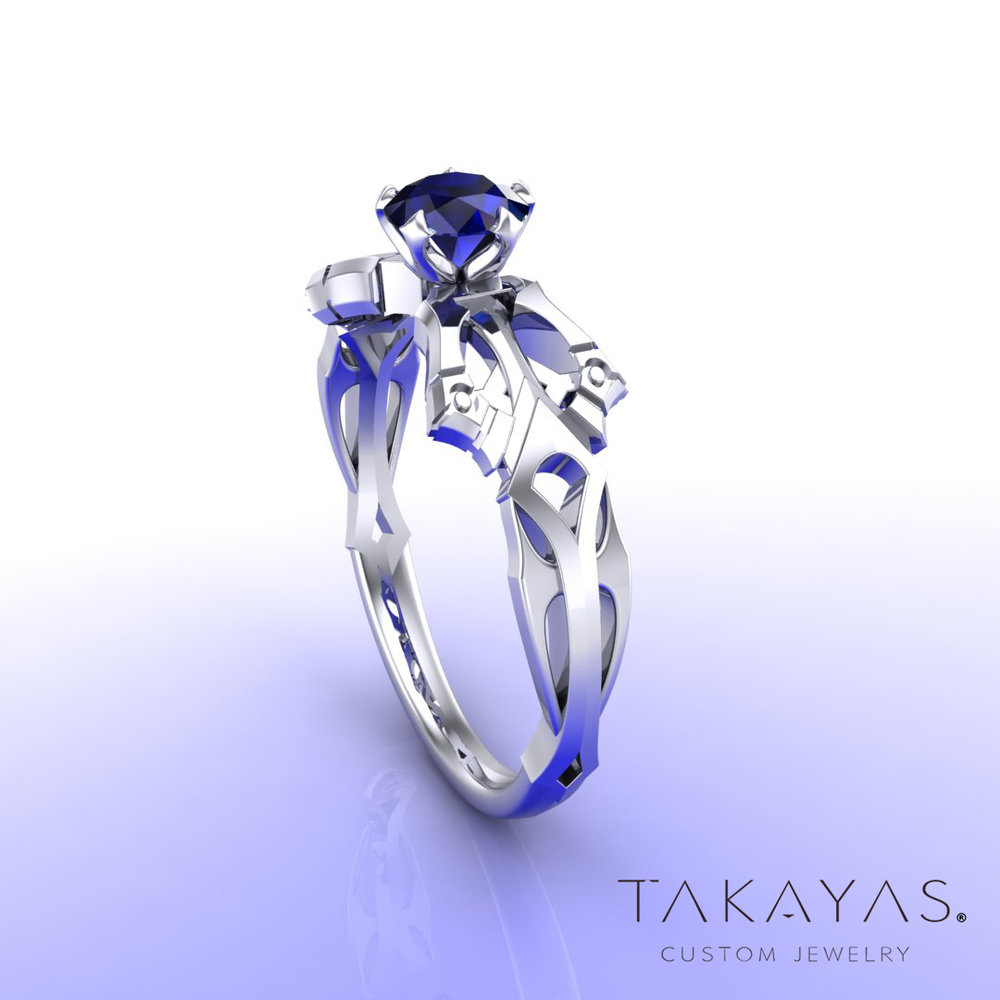 In Angel’s words after seeing the CAD renderings of his request, ” It honestly looks even better than what I had envisioned it would look like.” Once Angel received the engagement ring, he was kind enough to share that once again it exceeded his expectations seeing Takayas’s work in reality!