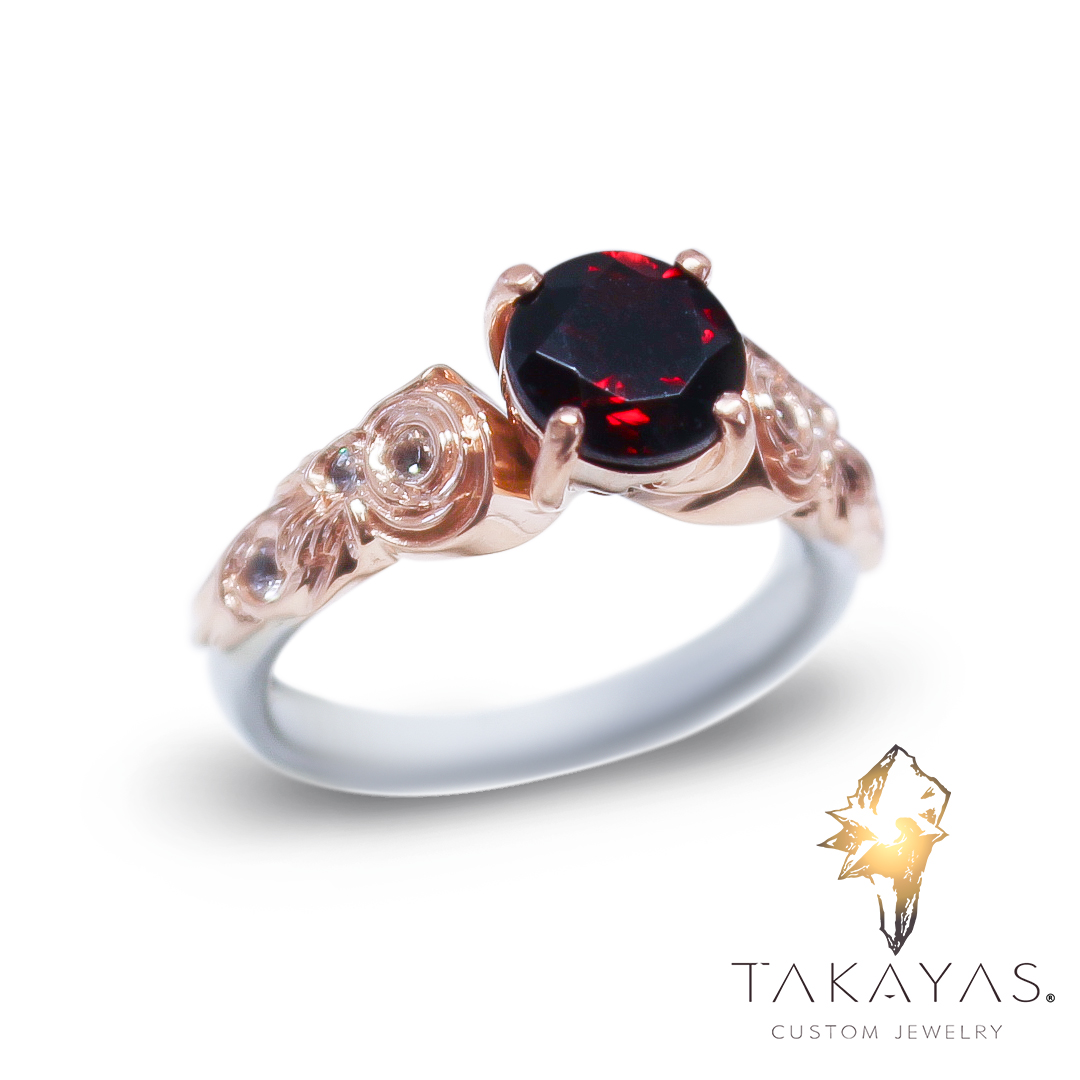 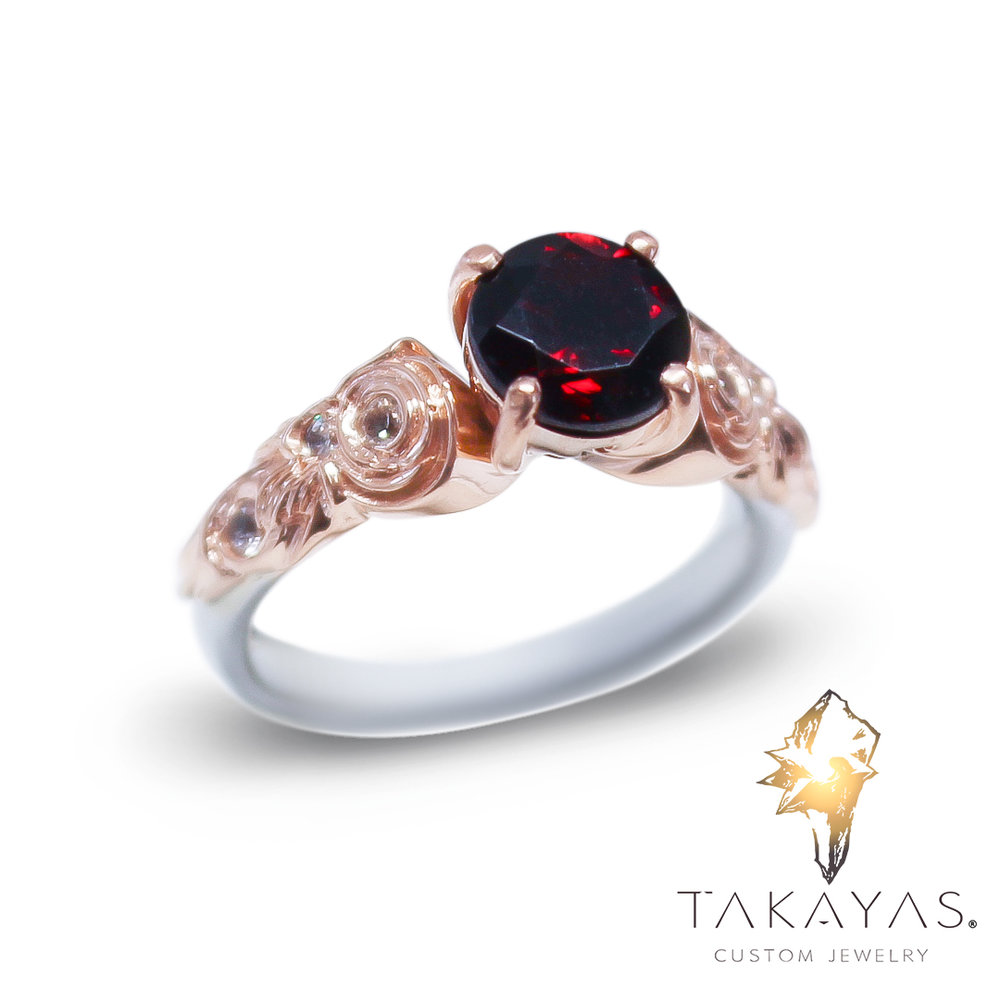 Our customers, Susan and Andrew, came to Takayas Custom Jewelry looking to incorporate Final Fantasy IX’s Princess Garnet into the design for Susan’s custom engagement ring. Not only did their love for Final Fantasy help the couple meet, by spending time playing the game together, it also helped their friendship blossom into something unexpected and truly special. Princess Garnet, also known as Garnet Til Alexandro XVII, begins her journey naive, yet extremely curious of the world outside the castle Alexandria. Eventually she grows into a powerful and assertive character, and her development and empowering feminine strength is what Susan admires most. 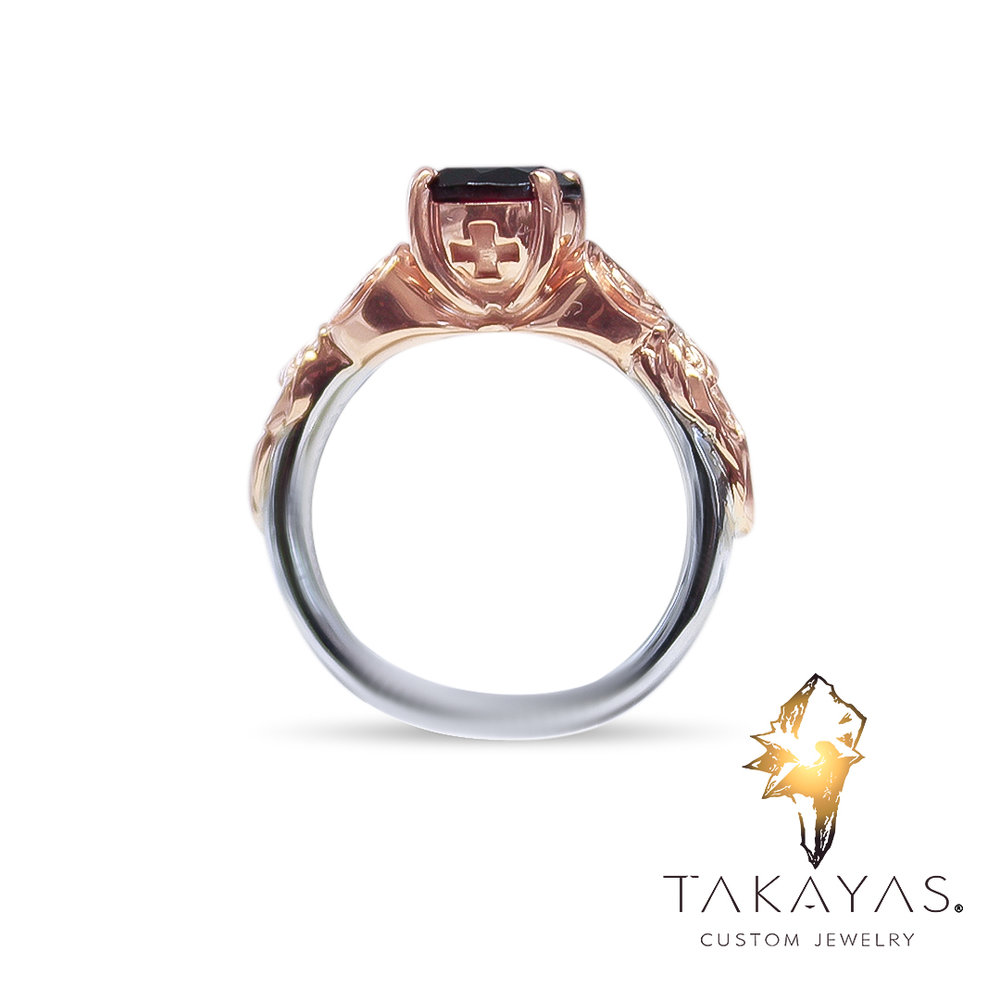 Takayas always enjoys working on Final Fantasy inspired pieces because of the unique and endless inspiration, and this ring was certainly no exception. Susan requested a garnet center stone, not only because it’s Garnet’s birthstone but because it happens to be Andrew’s birthstone too!

For the setting, Takayas took the centerpiece from Garnet’s pendant, and flipped it so it could hold the center stone. The setting has a cross on one side, and three stars for the other three sides just like her pendant.

Takayas also incorporated Garnet’s headpiece for the designs on the shoulder of the ring. Susan wanted to include wings as well to represent her other favorite character, Rinoa from Final Fantasy VIII, so Takayas used wings from Rinoa’s back as inspiration. The castle Alexandria is also surrounded by white wings summoned by Eiko and Garnet, and Susan appreciates their symbolic meaning of purity and goodness. Andrew suggested adding some white sapphires on the side of the ring, so Takayas nestled them into the designs of the wings and headpiece. The end result was something he hoped that embodied Susan’s Final Fantasy dream ring! 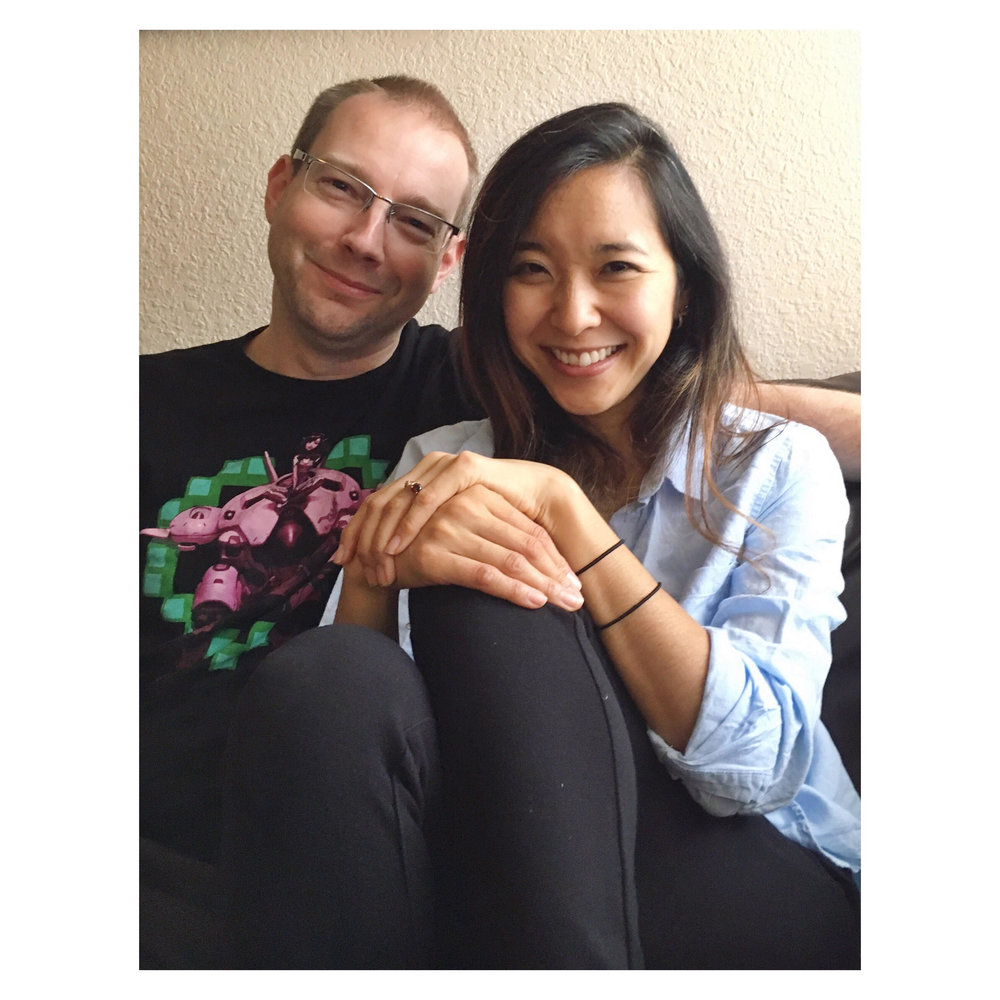 When the couple finally received the ring, we were delighted to hear Susan’s thoughts:

“I really loved my ring the moment I saw it. In fact, my significant other can’t stop looking at it and really loves the ring also. We both love the intricate details that Takayas incorporated into the ring and the whole design. It’s very beautiful.”

It was truly an honor to work with this special couple! Thank you Susan and Andrew!