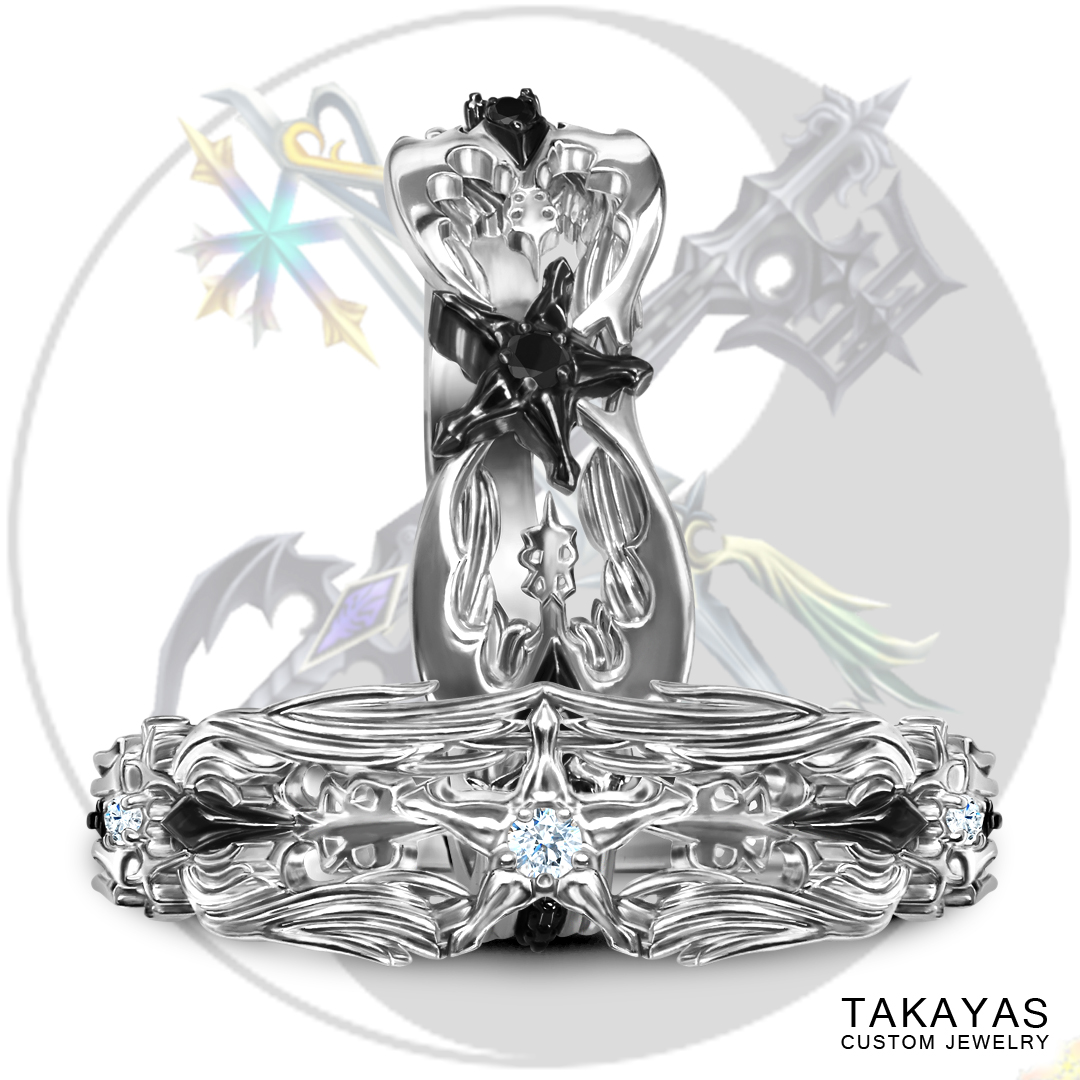 We first worked with Jefferson to create a special Kingdom Hearts inspired engagement ring for Maria, and the (now happily married) couple asked Takayas to create their unique wedding rings as well!

Jefferson provided such wonderfully detailed feedback about the inspiration behind their rings and the entire custom process, the majority of this blog post will be in his own words:

Working with Takayas was a blast. He can literally take your imagination and make it into a reality. The first time working with him was when I reached out to him to create an engagement ring for Maria. I had this perfect idea for a Kingdom Hearts paopu fruit ring. After researching some of Takayas’ past rings, I knew that Takayas had to be the one to make it. He took what I imagined and made a beautiful ring that incorporated both a paopu fruit and the Oathkeeper keyblade (with the diamond placed in the center of the paopu fruit). After I proposed to Maria (she said yes!), Maria and I already knew that we would want to go back to Takayas for our wedding rings

We wanted to have rings that are still inspired by our most favorite video game series, Kingdom Hearts. We also wanted to incorporate balance and harmony because that is how we feel about our relationship. We balance each other out and we fit together like a puzzle piece. What one’s weakness is, is the other one’s strength, and we continue to live life helping one another become the best and happiest person one can be. A powerful symbol of balance and harmony is the concept/symbol of yin-yang. 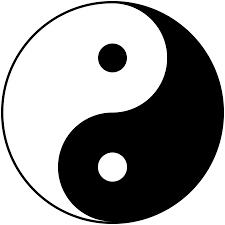 The battle between light and dark is one of the strongest concepts in the game. We wanted to choose something from the game that used light and dark in a good way, rather than a clash. This would be the Oathkeeper and Oblivion keyblades. Oathkeeper resembled “light” while Oblivion resembled “darkness”. Oathkeeper was superior in magic but weak in strength, while Oblivion was superior in strength but weak in magic. The player has the option to use the keyblades to save the universe… The keyblades were opposites of each other, but they balance each other out and worked in harmony. (The main character of the game is given these keyblades by two different characters who are his two best friends: one resembling a character of light, while the other resembling a character of darkness). All of the symbolism that can be found around these two keyblades were perfect for portraying yin-yang in our rings. There was also one more Kingdom Hearts concept we made sure to add to our rings: the “wayfinder”. 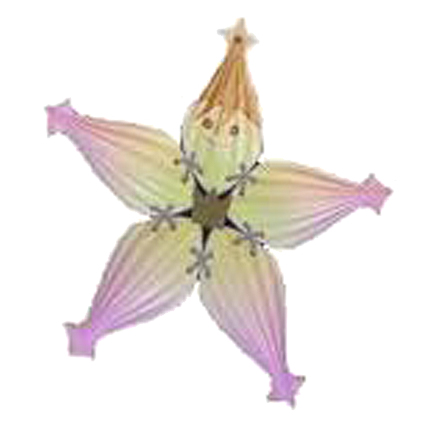 Since I had already used the paopu fruit idea on the engagement ring, I wanted to use something else this time around. The next best thing that I was able to think of was the wayfinder. The concept of the wayfinder is derived from the paopu fruit. To recap the paopu fruit, when two people share a paopu fruit together, their destinies become intertwined. They’ll remain a part of each other’s lives no matter what. As for the wayfinder, it is a good luck charm that is made resembling a paopu fruit. One of the important characters of the game creates some wayfinders for her best friends to share and says this line: “Somewhere out there, there’s this tree with star-shaped fruit. And the fruit represents an unbreakable connection. So as long as you and your friends carry good luck charms shaped like it, nothing can ever drive you apart. You will always find your way back to each other. An unbreakable connection.” We decided to add a black wayfinder to the center of the groom’s ring and a white wayfinder to the center of the bride’s ring to further show contrast between the rings. We felt the symbolism of the wayfinder was the next best thing in resembling our marriage in which we will never lose our way from each other. We will always have an unbreakable connection that will forever bind us together no matter what.

So there it is! These are the reasons why we chose the Oathkeeper and Oblivion keyblades, as well as the wayfinder, for our wedding rings :] We trusted Takayas’ imagination, so we tried not to feed him too many ideas on how exactly we expected the rings to look like. We wanted to see what Takayas envisioned. And what he envisioned was amazing! The way that the Oathkeeper “hugs” Oblivion on the bride’s ring, and how the Oblivion “hugs” Oathkeeper on the groom’s ring is a creative way in portraying the yin yang symbolism. We love our rings so much, and we are so thankful for having Takayas help craft these beautiful pieces for us… 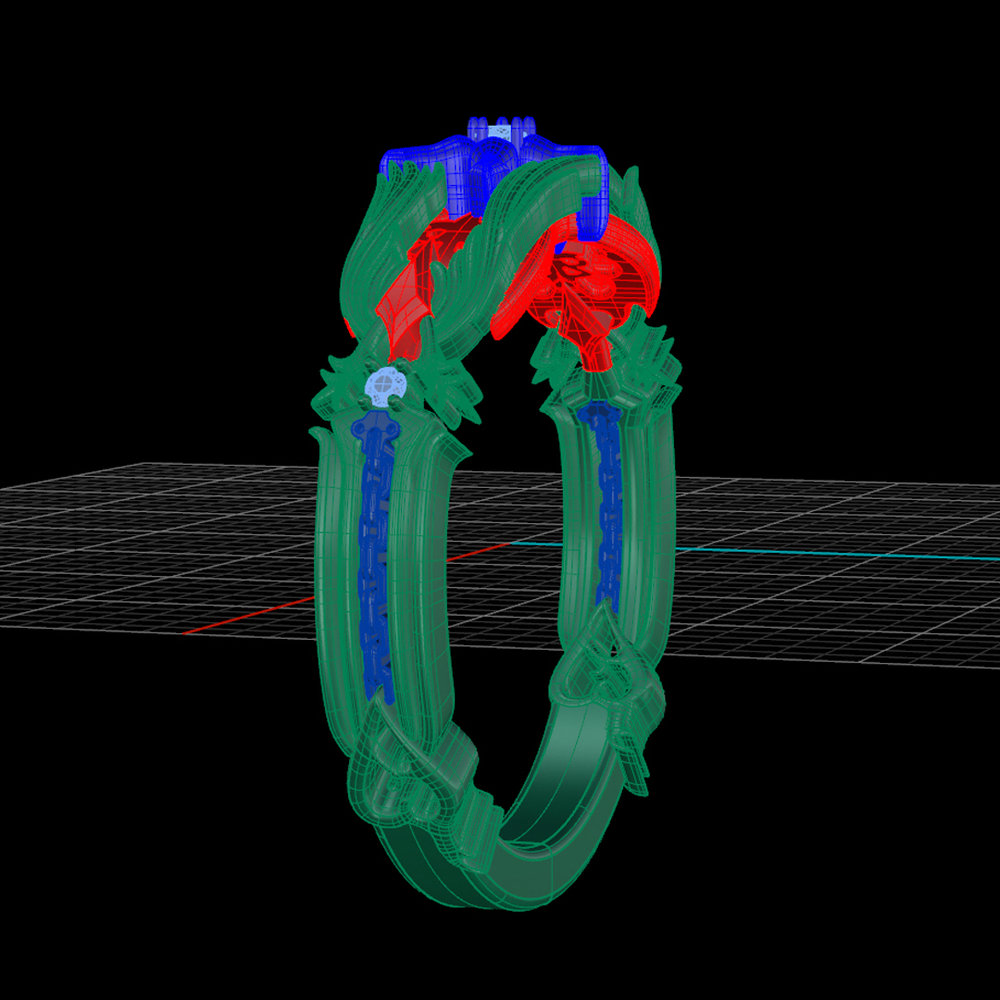 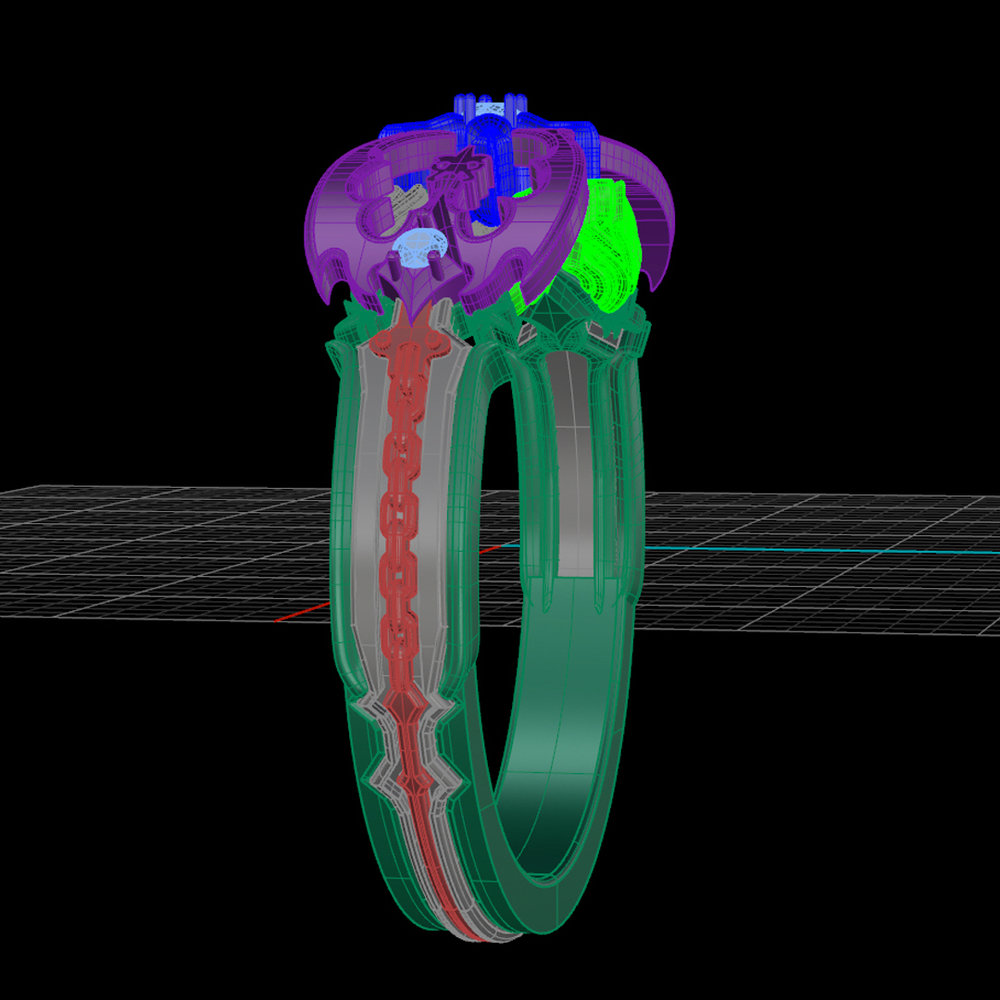 Takayas approached this project knowing he didn’t want to simply do a half-black-half-white design, he wanted to give Jefferson and Maria something truly special that would not be dependent on black and white coloring to portray the concept of yin and yang: dark and light intertwining, each with some of the other contained within.

Looking at Maria’s ring, you’ll see that the chain blade of the Oblivion is contained within the open blade of the Oathkeeper, like the dot of black contained within the white half of the yin-yang. The angel wing guards of the Oathkeeper emerge at the top of the ring, with the bat wing guards of the Oblivion beneath, as if you’re viewing a three-dimensional yin-yang on its side from the white half.

When you look at Jefferson’s ring, you can see that it’s the exact opposite of Maria’s, with the Oblivion keyblade emerging as the dominant design element while still containing the Oathkeeper elements. Takayas used black diamonds in his ring, and white diamonds in hers, further emphasizing the black and white concept with something more permanent than rhodium plating. 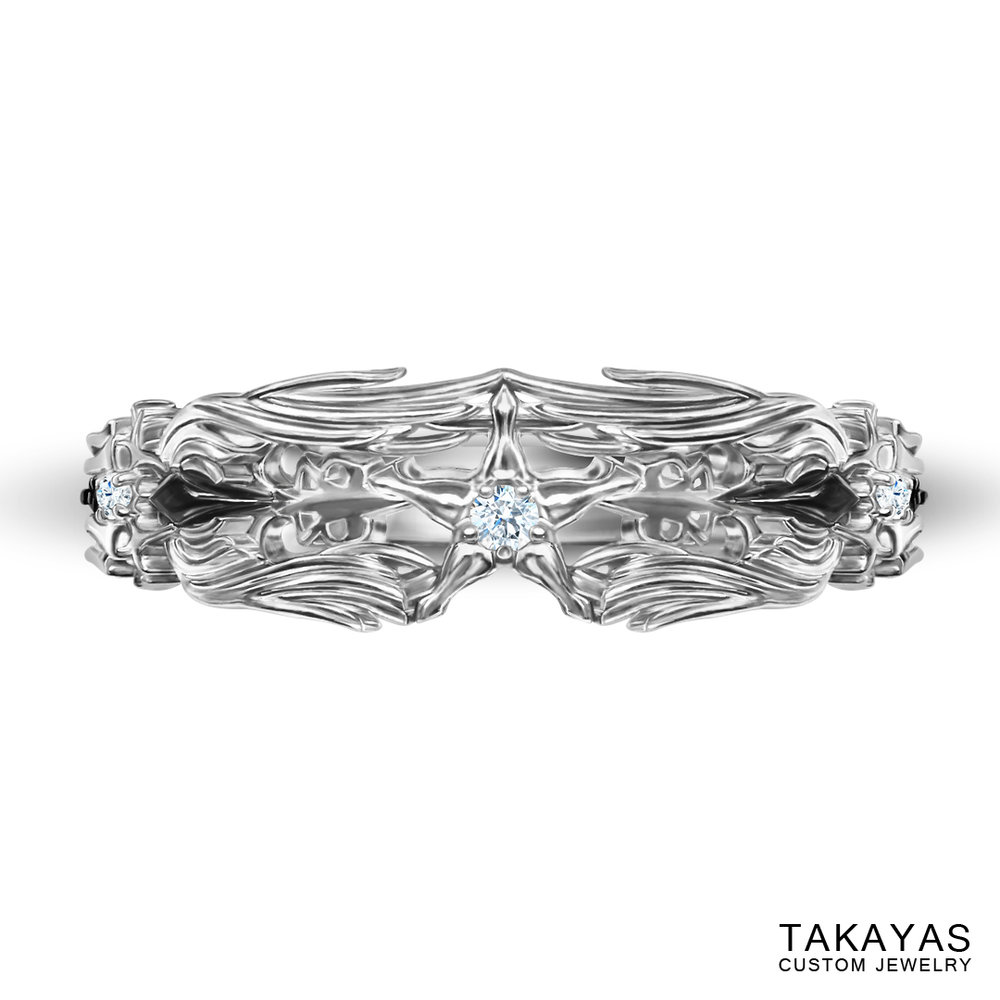 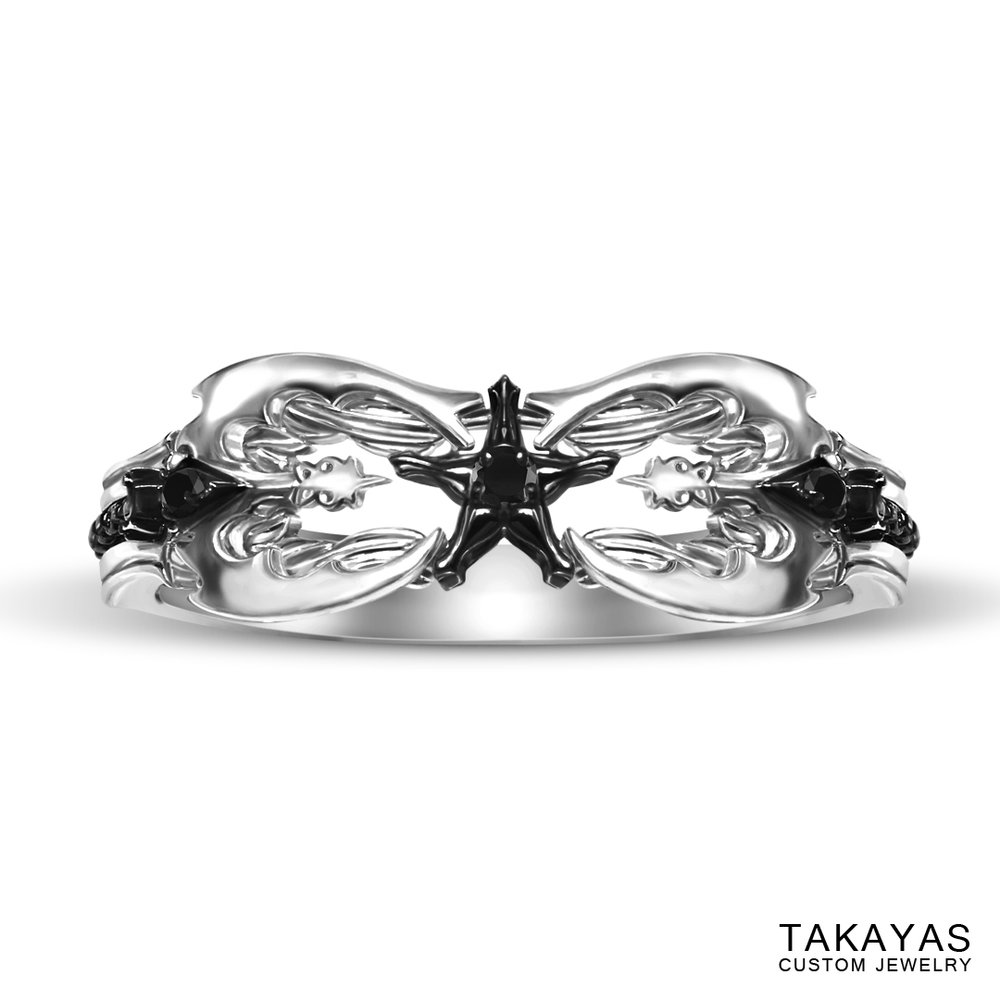 If you have a unique concept for a special piece of jewelry that you’d like to see brought to life by Takayas, send us a quick message using our inquiry form to get the conversation started. We look forward to hearing from you!