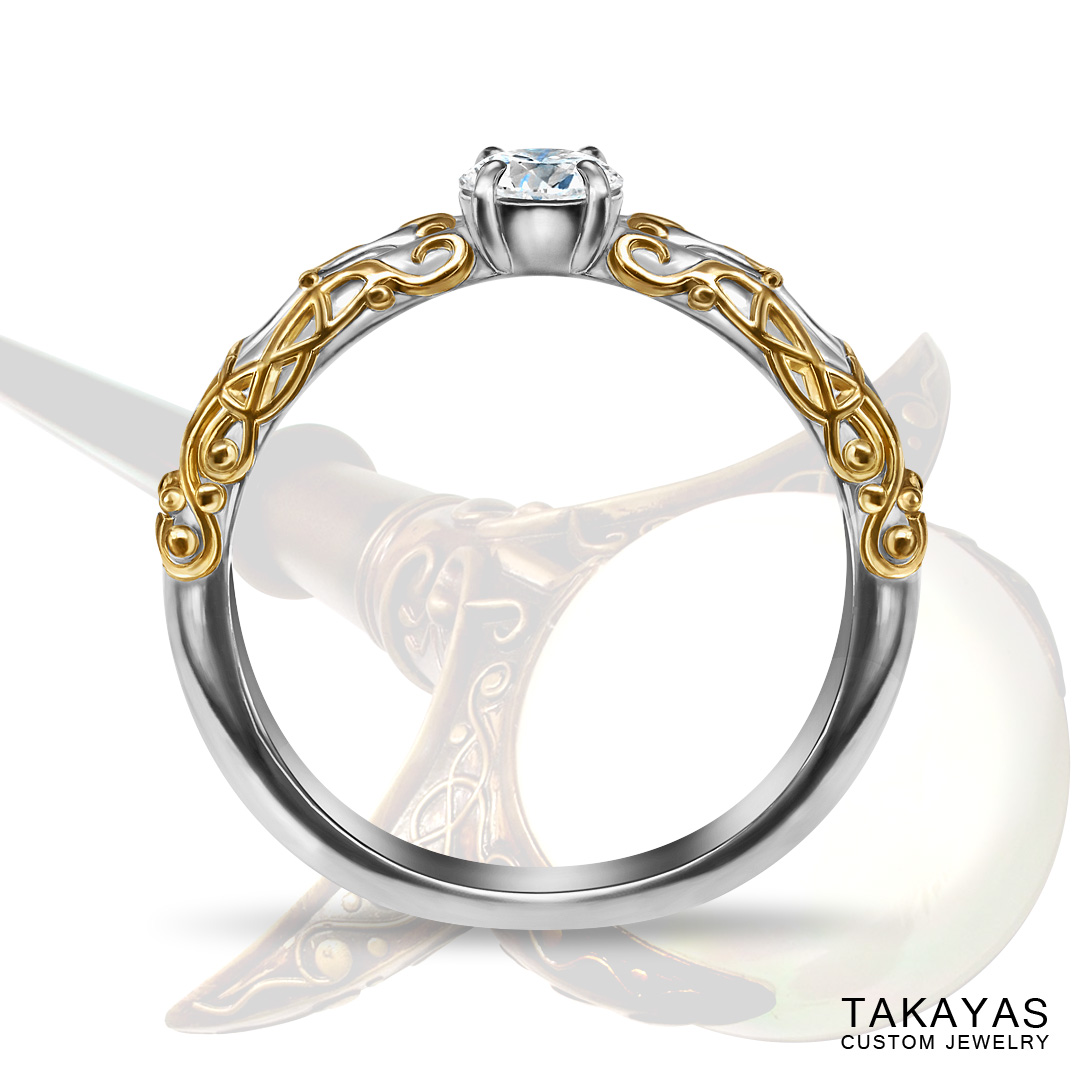 Final Fantasy XI is an online multi-player role-playing game that played a huge role in Tiffanie and Mong’s love story.

Although they lived in different states, the (now married) couple found each other in the massive online world of FFXI. Tiffanie told us they played together for about 3 years before they met in person, and continued playing together for the next 5 years.

Since they credit the game with bringing them together, it makes perfect sense that Tiffanie wanted a custom engagement/wedding ring based on her FFXI White Mage character. 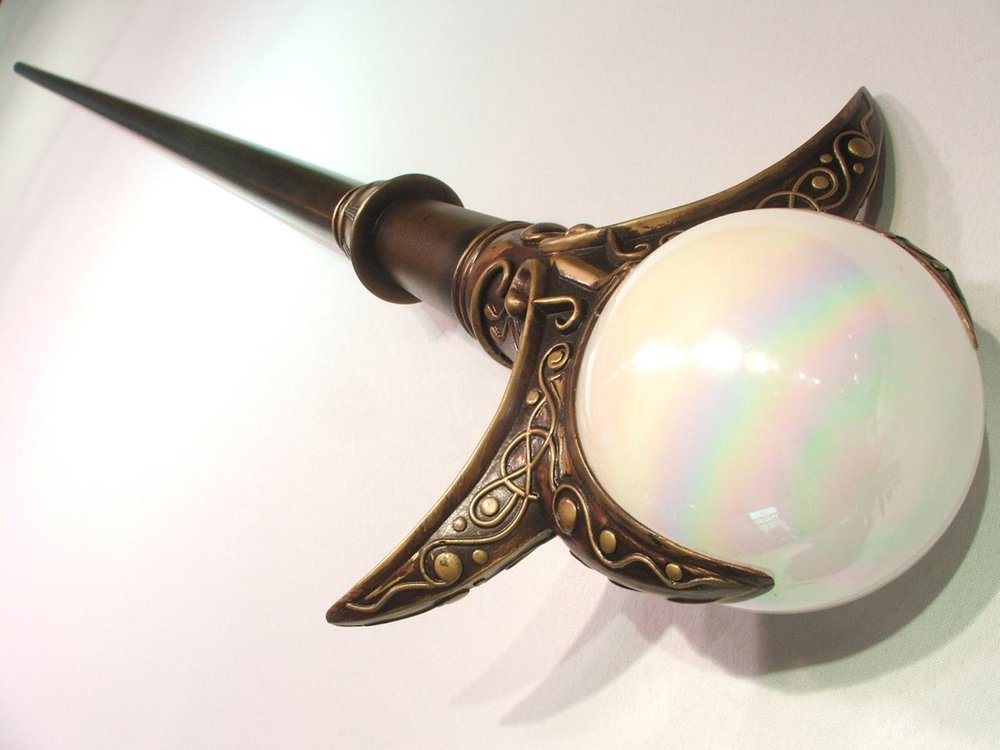 For style reference, Tiffanie provided an image of a criss-cross diamond pave ring with a halo setting, telling us she didn’t want anything fancy like that and suggesting that the diamonds on the band be replaced with a White Mage inspired pattern with a single diamond in the center. She added that she works in a laboratory and would prefer a simple low-profile setting because she was nervous about damaging her ring at work.

Tiffanie also provided a few White Mage reference images, and Takayas was most inspired by the White Mage’s staff. He referenced the silhouette of the diamond pave ring she liked, creating a pattern based on the White Mage’s staff for the shoulders of the ring and a low-profile claw setting inspired by the way the ball is held in the staff. He felt that criss-crossing the two parts of the shank would detract from the organic symmetry of the White Mage pattern so, instead, opted to have them meet at the sides of the center stone and echo the curves of the staff. 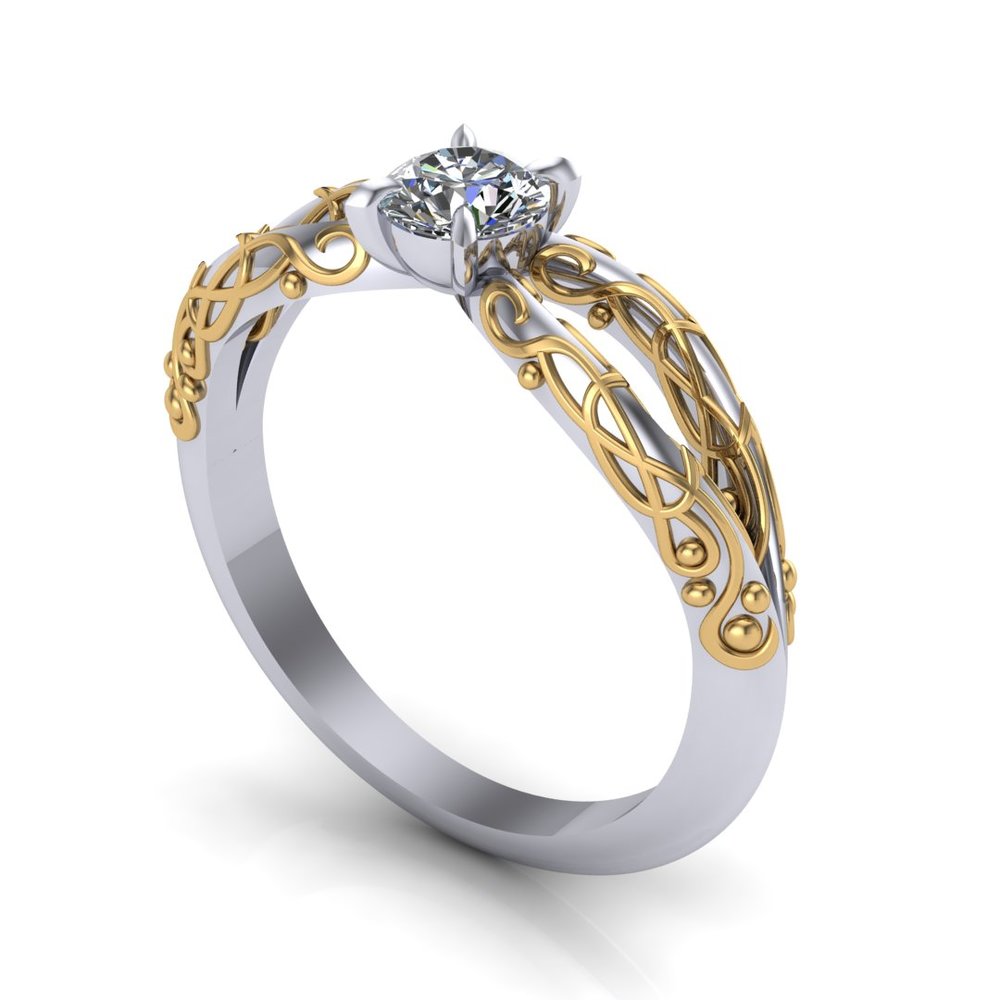 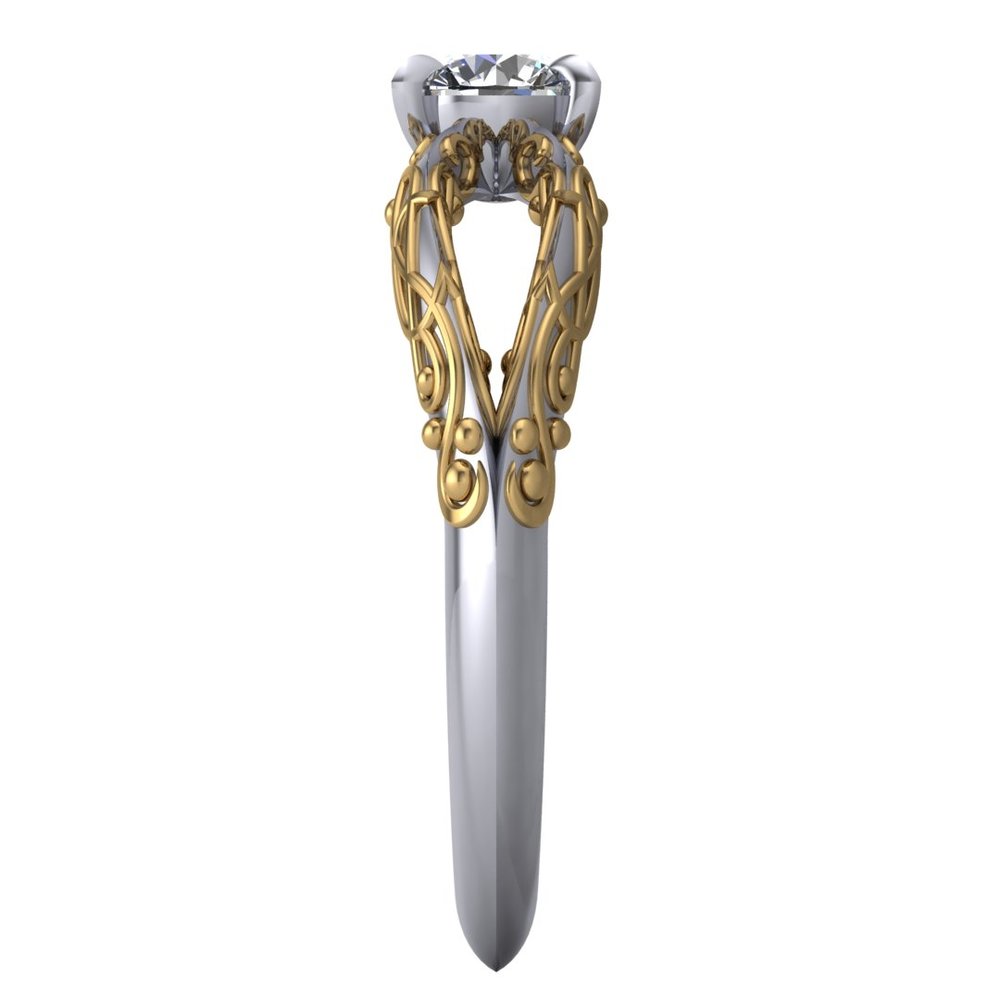 When Tiffanie received the finished ring, her reaction couldn’t have been better:

“My fiancé and I love the ring! It’s exactly how I wanted it. I can’t stop admiring it on my finger! Working with Takayas has been a great experience. He has a great eye for beauty and such a creative mind for designing jewelry!”

Tiffanie and Mong are now married and we wish the happy couple many many more years of fun and adventure together! 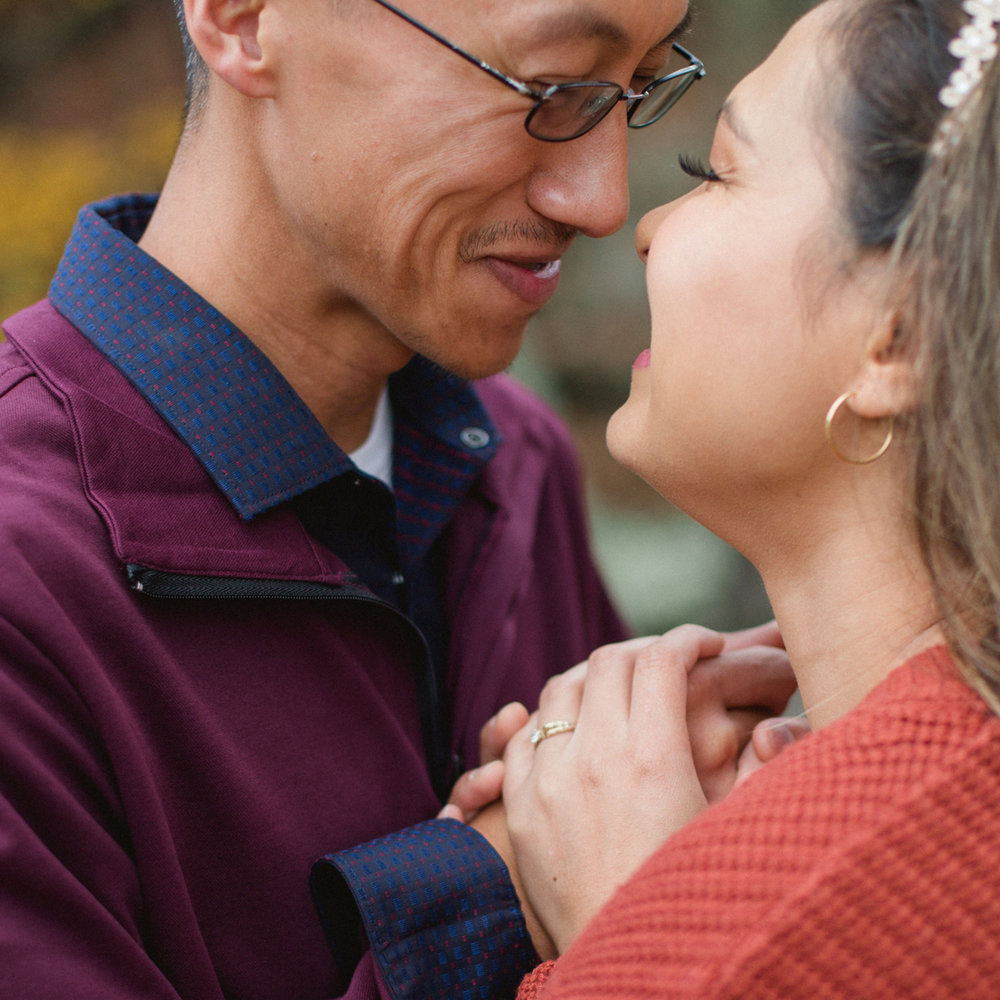