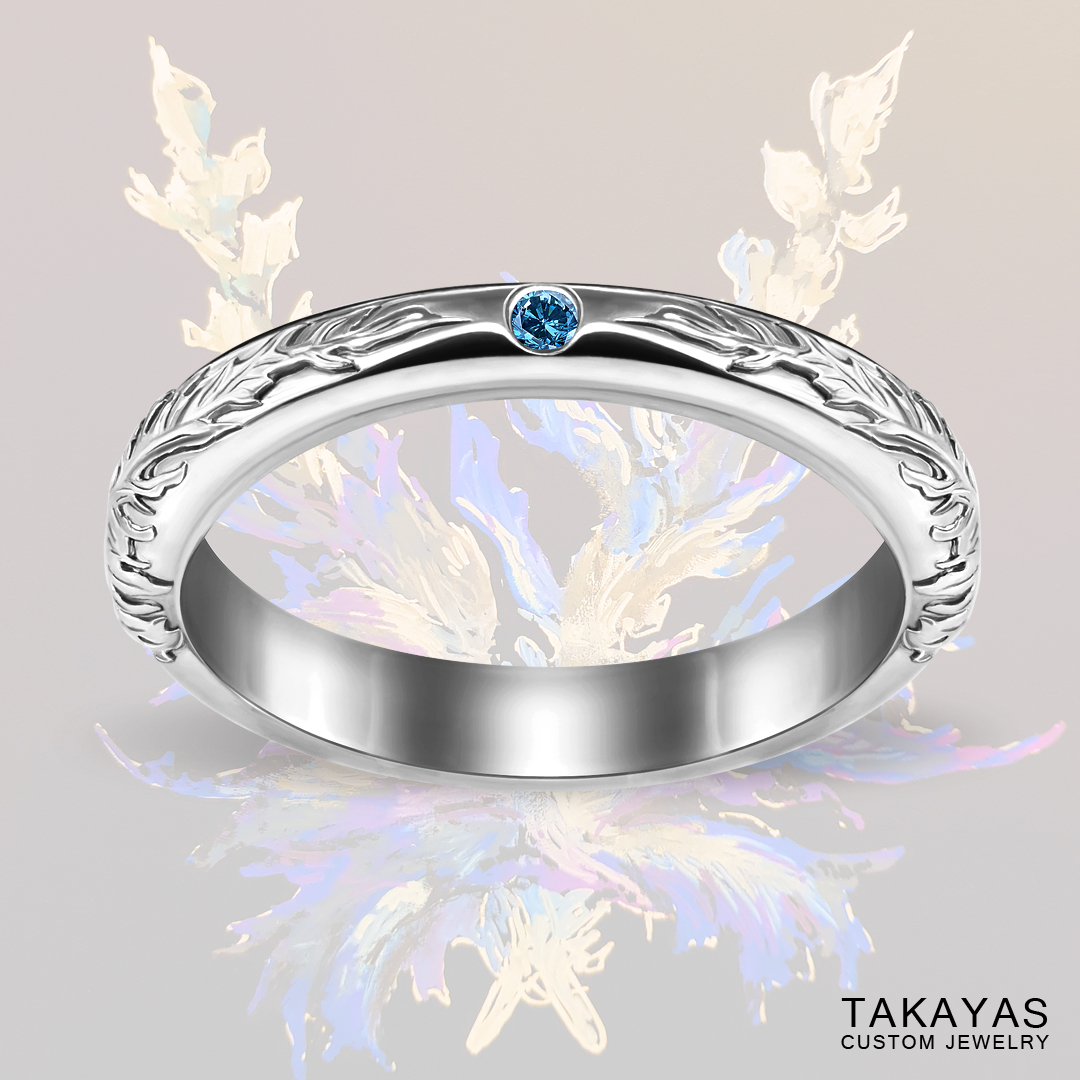 Samantha has always been a huge fan of the Final Fantasy series, as well as a sucker for romance, so the FFXV love story of Lunfreya and Noctis really drew her in. This specific game also has special significance in her relationship, Samantha explained, “I’ve been waiting for the [FFXV] game for as long as I’ve been with my other half which is 10 years, he and I actually met over a video game (Halo 3 – yes I did beat him ).”

She requested a custom wedding band with a simple design to complement her engagement ring, inspired by Lunafreya’s favorite flower, the sylleblossom. Samantha told us that she has always liked floral prints and designs and really loved the unique look of the sylleblossom, as well as who and what it represented in the game’s storyline.

Takayas sought to capture the painterly look of the sylleblossom on a canvas as small as a ladies’ wedding band. His solution was to focus on the longer/taller sylleblossom reference image Samantha sent, creating a slightly raised design, and have fine details hand-engraved as part of the finishing process. Takayas placed one long sylleblossom on either side of the band to represent Samantha and her groom, with a small blue diamond set in the center as a nod to the color of the flowers. He also decided to taper the band toward the top of the ring, both suiting the shape of the flowers and also echoing the tapered element of Samantha’s engagement ring. 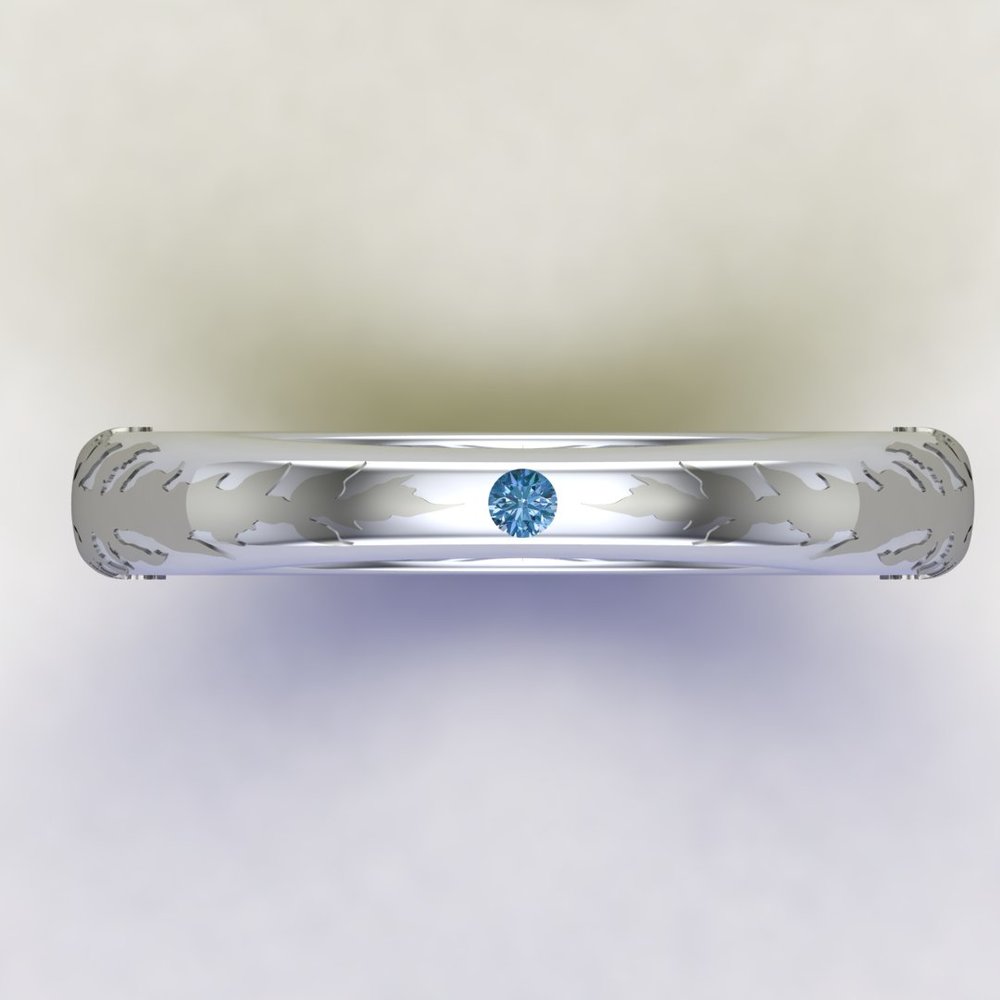 Samantha was pleasantly surprised by the design, saying she had originally imagined a simple floral pattern engraved all the way around the band, but thought what Takayas had come up with was lovely.

“I felt like Takayas really understood what I was after. I’m really glad to have found Takayas and even being as far away as I am [in the UK] I felt like everything I wanted was considered and understood on such a deep level. I’m really happy with the design of the ring and am so happy that my engagement ring was taken into consideration for the design to make sure it all matched up.”

Samantha and her partner, Oz, are now wed and the ring is at home on her finger. She even followed up with some pictures from her big day. We love that the theme of the sylleblossom flower was echoed throughout her wedding! 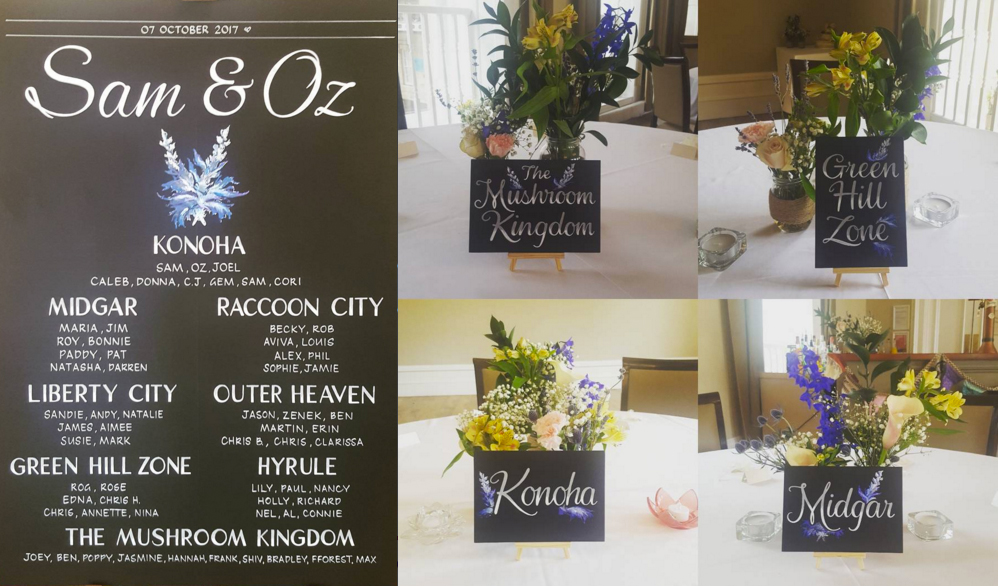 Sam & Oz’s seating chart and table decorations, with sign artwork by Hannah Matthews of http://www.signwritingbyhannah.com/ (Hannah’s artwork was also used as the background for this blog post’s main image) 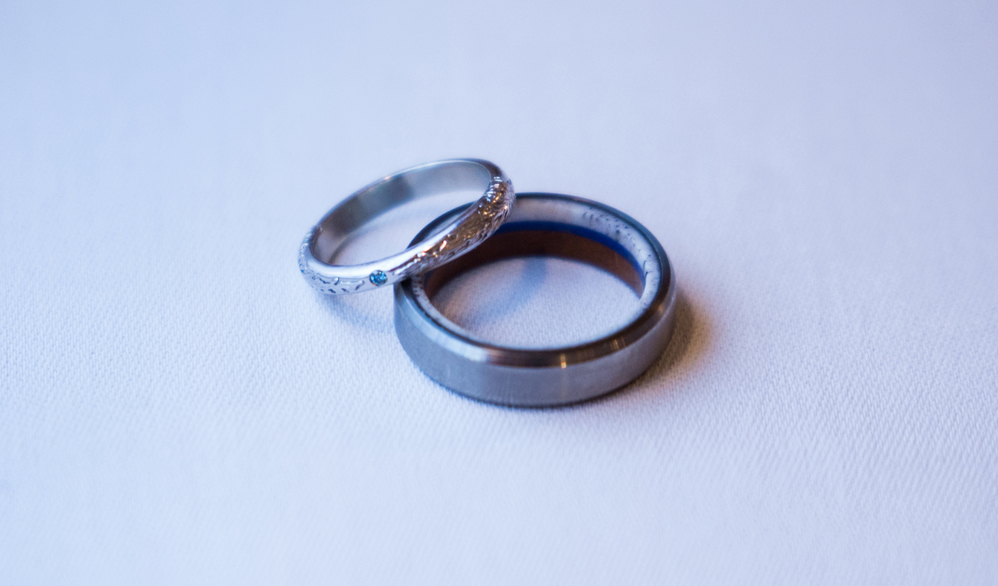 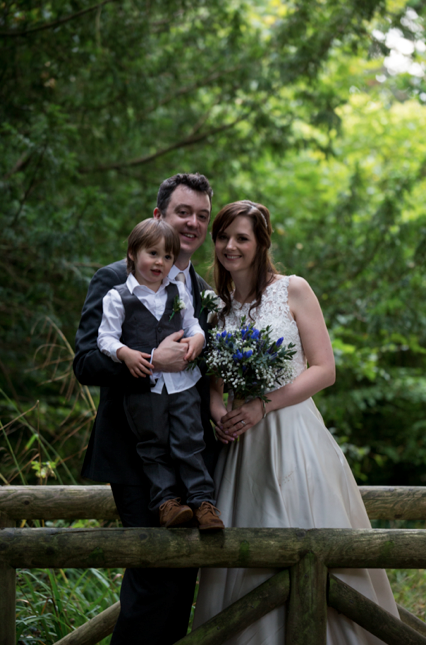