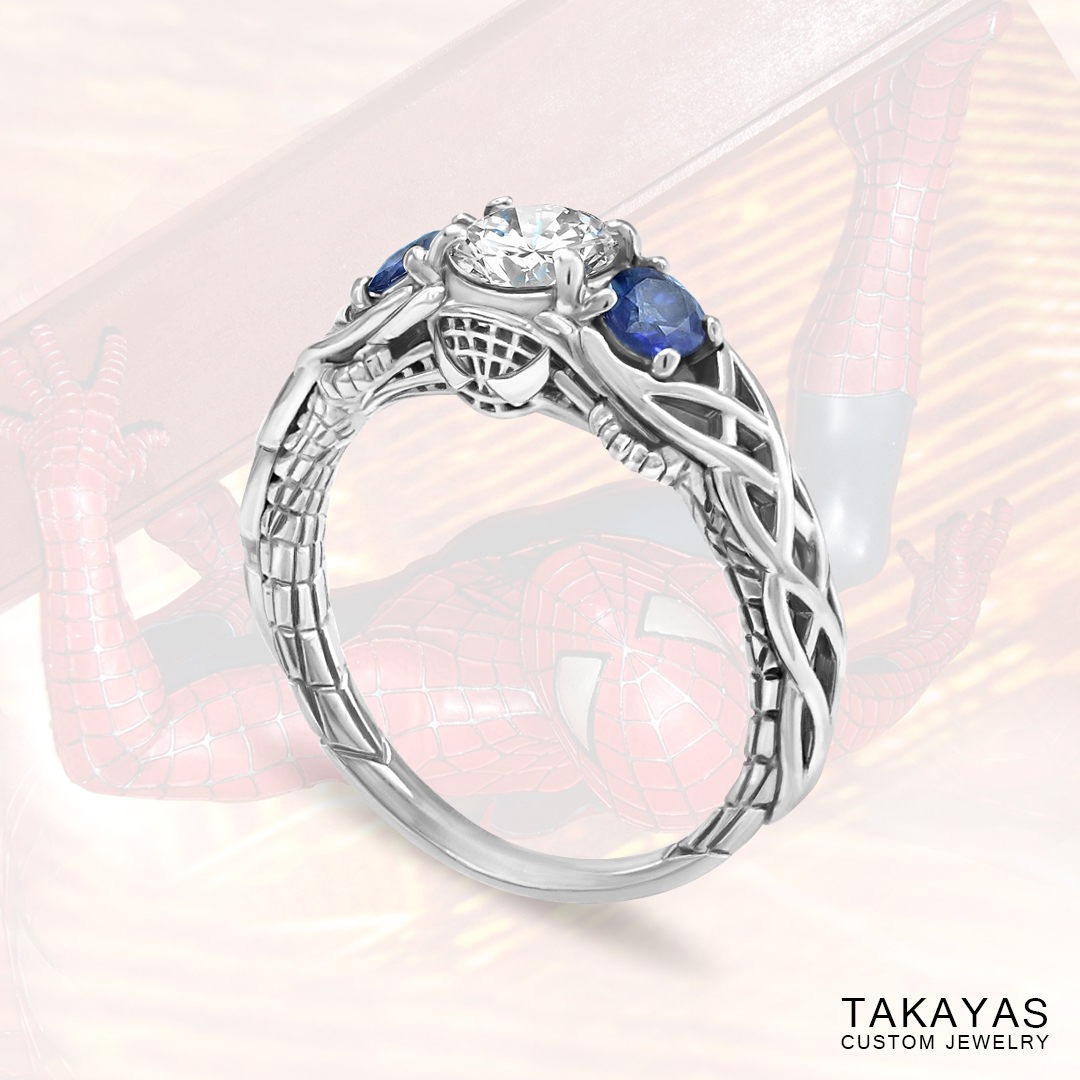 Now, for issue #2 of 3 in our Spider-Man series: When Alexis was searching for the perfect ring to propose to his girlfriend, Margaret…

…his personal obsession with the webbed wonder led him to a picture of the originalSpider-Man inspired ring that Takayas had designed for another client (featured in issue #1:The Amazing Spider-Man Engagement Ring.)He immediately contacted us to see if Takayas could create an engagement ring that would represent both he and Margaret, by combining a Spider-Man theme with Celtic knots.

Alexis describes himself as a “very big comic nerd”, saying he’s always been heavily into comic books, especially Marvel. Considering his self-proclaimed obsession with Spider-Man, it makes sense that Spidey would represent Alexis on the ring.

Margaret credits her Irish heritage with her love of intricate Celtic knot designs, also noting that the meaning behind the interwoven patterns is a theme of infinity / eternity, symbolizing unending commitment to one another – a fitting theme for an engagement ring for sure. 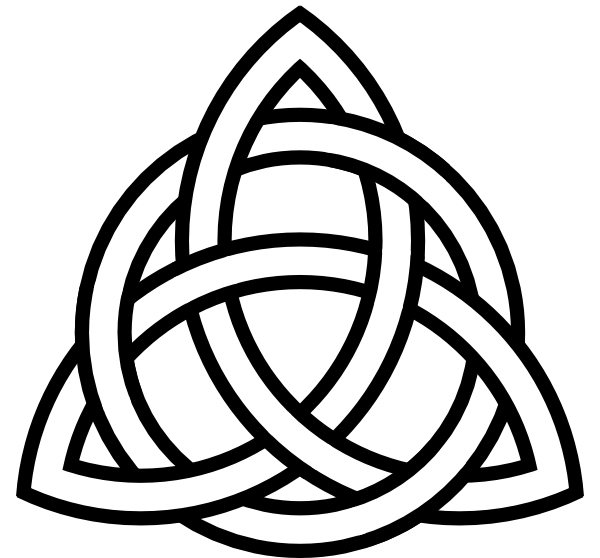 Alexis decided on a traditional diamond for the center stone, but also requested blue sapphire side stones to include Margaret’s favorite color in her special ring. The blue sapphires also added a sentimental connection to her mother’s engagement ring, which featured a blue sapphire.

Since both of these themes are so strong on their own, Takayas decided it made the most sense, design-wise, to have the Celtic influence be more prominent when looking down on the ring from the top and sides, with the Spiderman influence being a fun surprise when the ring is viewed from the front and back. This way, the two designs do not compete with each other and the ring as a whole looks like one complete thought. 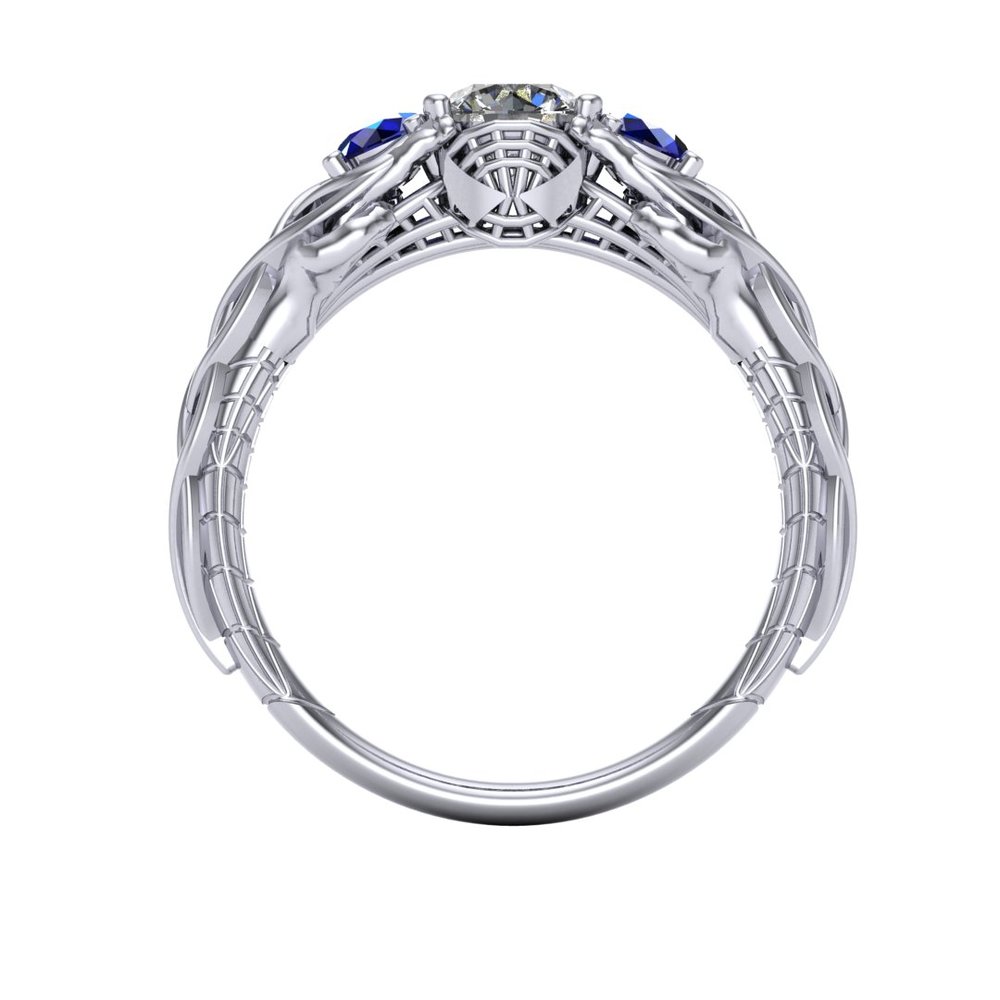 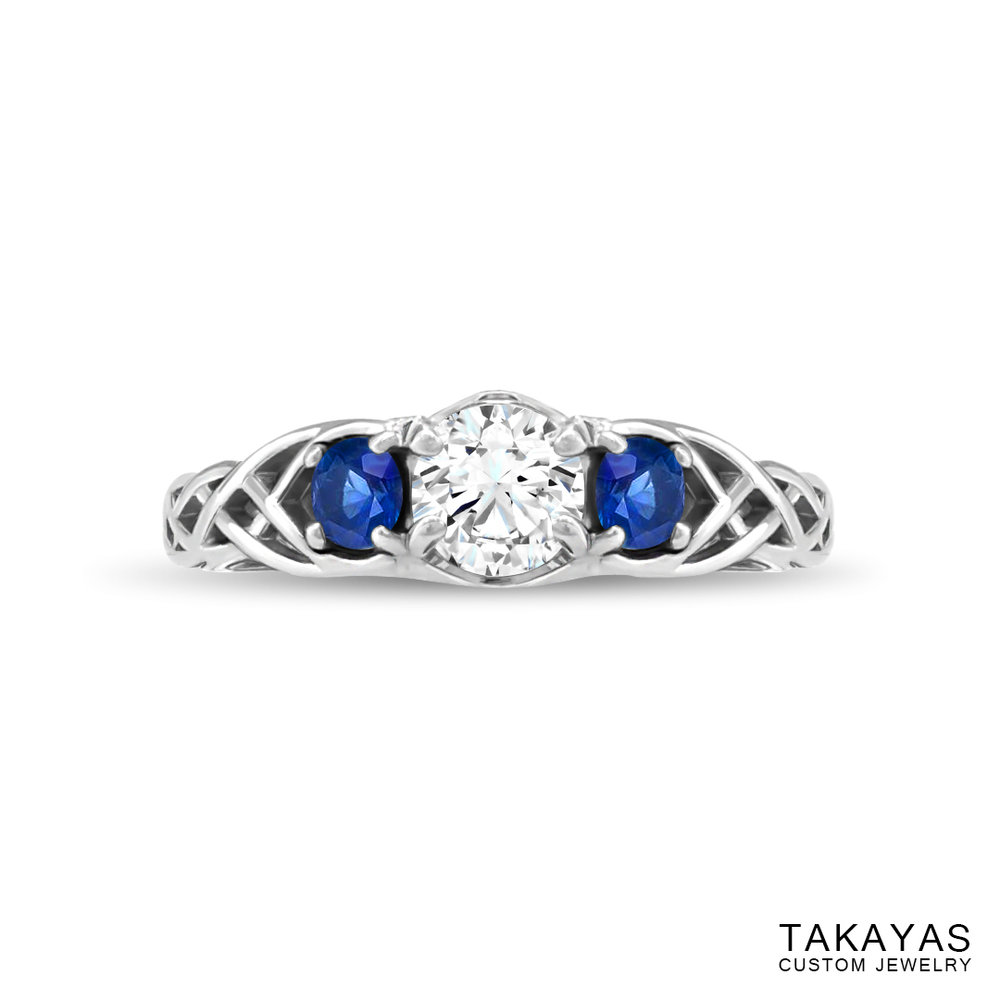 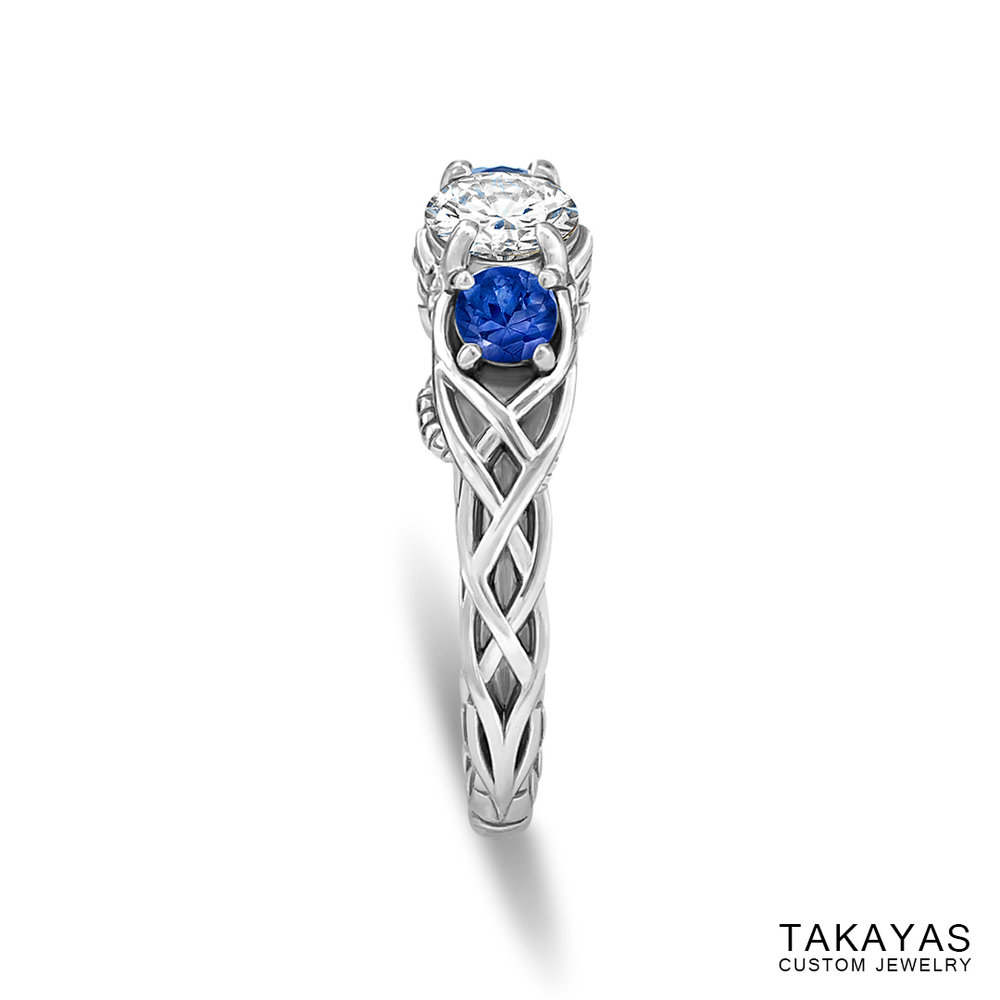 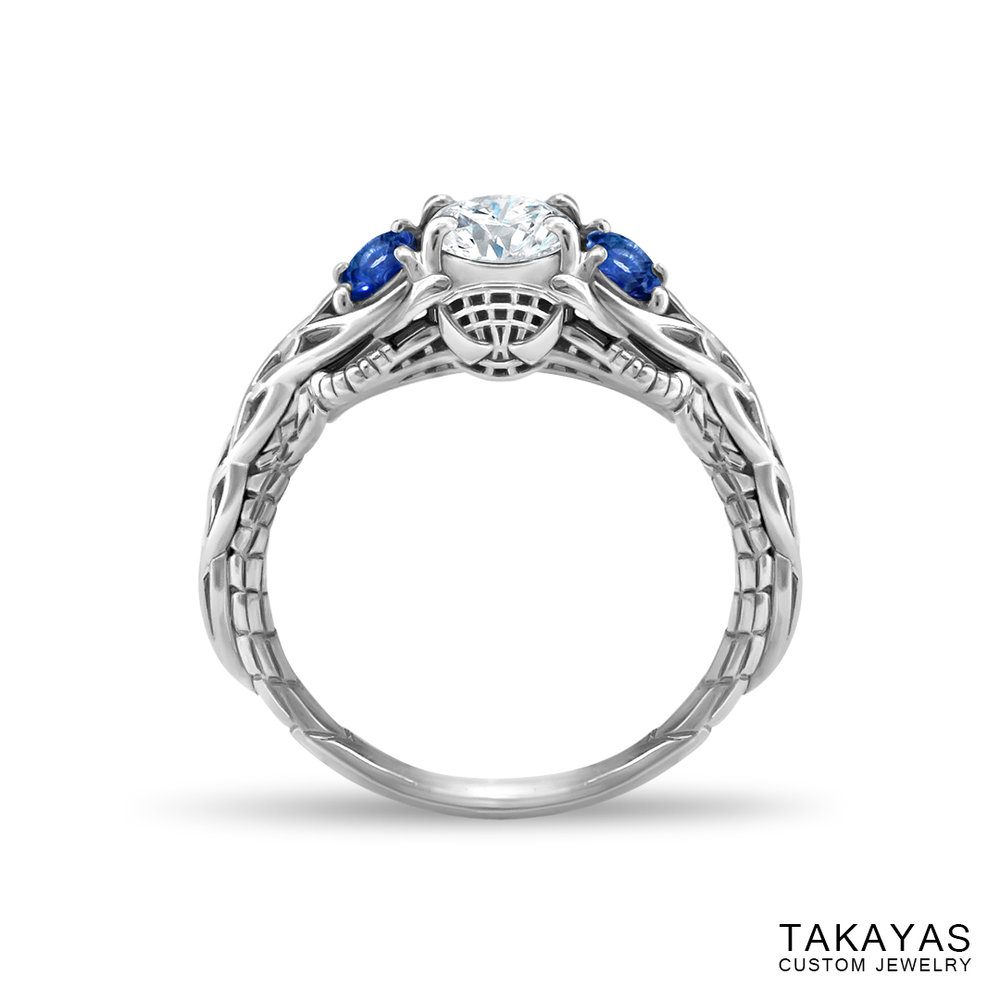 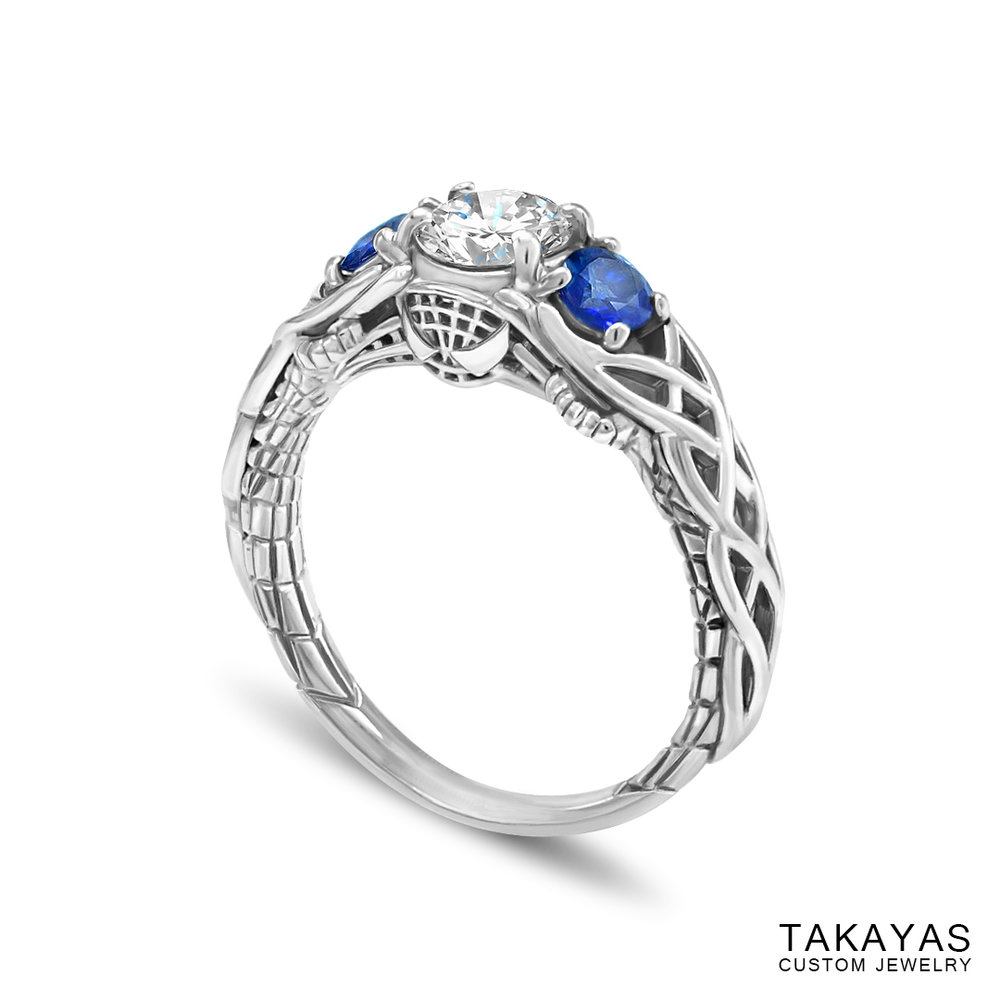 Margaret was aware of this ring being designed for her, and even provided her input before the design was finalized, but she had no idea when or where Alexis would present the ring. Little did she know, he planned to pop the question at an amazing location! 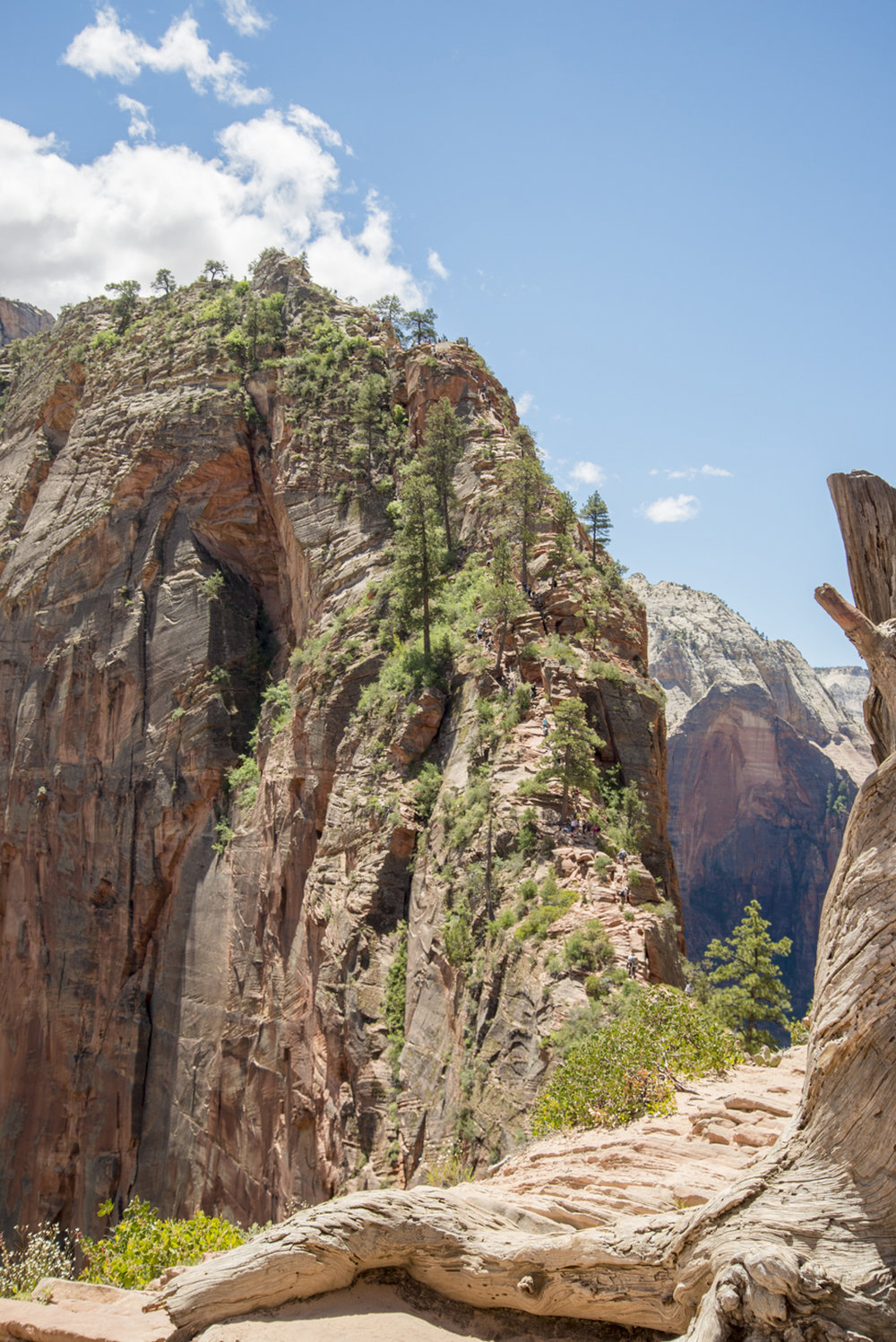 This Spring, they took a road trip together through Arizona, Utah, and Nevada, visiting national parks and campgrounds. I’ll let Alexis describe the rest, in his own words:

” The proposal happened at Zion National Park in Utah. The specific hike we did was up a mountain ridge called Angels Landing. The top being about 5,000 ft elevation and only having about 10 feet of space at moments orholding on to chains while shimming across. This was a very big accomplishment for Margaret because she is afraid of heights. So once we finally reached the top I proposed to her and said “Margaret, I would follow you to the top of any mountain and back, will you marry me?” Her response “you already knew I would!” Haha, my fiancé❤” 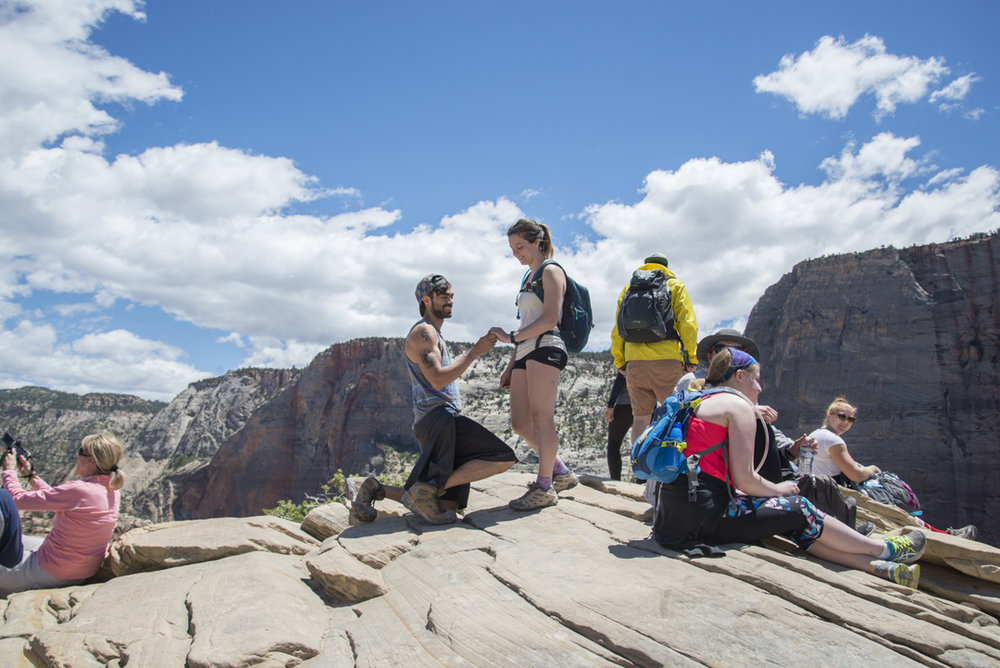 Alexis proposing to Margaret atop Angels Landing in Zion National Park, with the Celtic Spiderman engagement ring custom made for them by Takayas 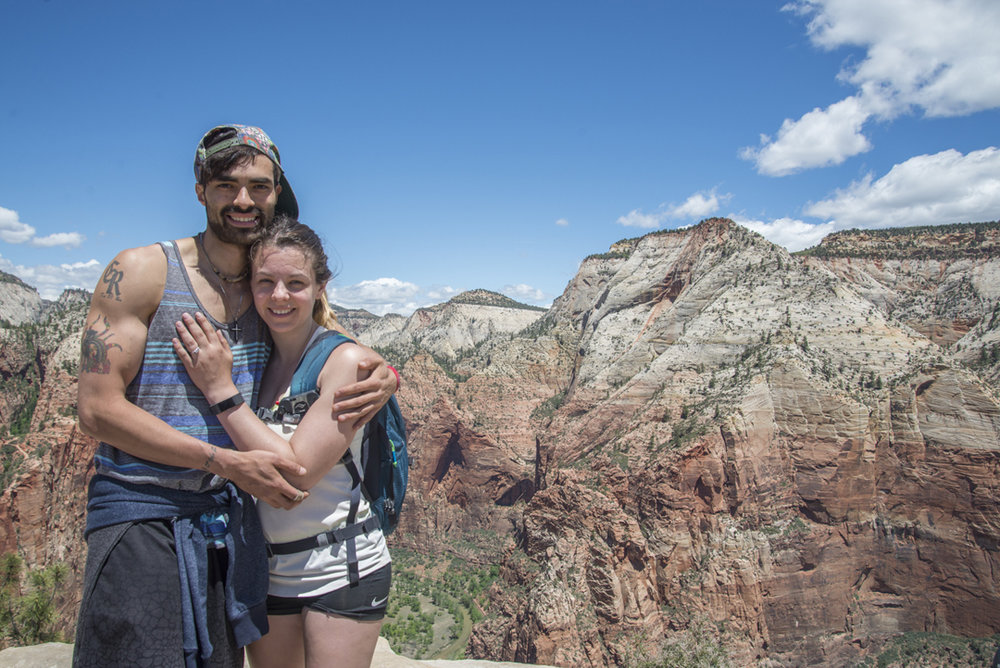 Alexis and Margaret, newly engaged, atop Angels Landing in Zion National Park, with the Celtic Spiderman engagement ring custom made for them by Takayas

I’ve attached some of their breathtaking images below.Alexis told us he also got a Spiderman tattoo during that same vacation, “so we both came home with him, haha.” 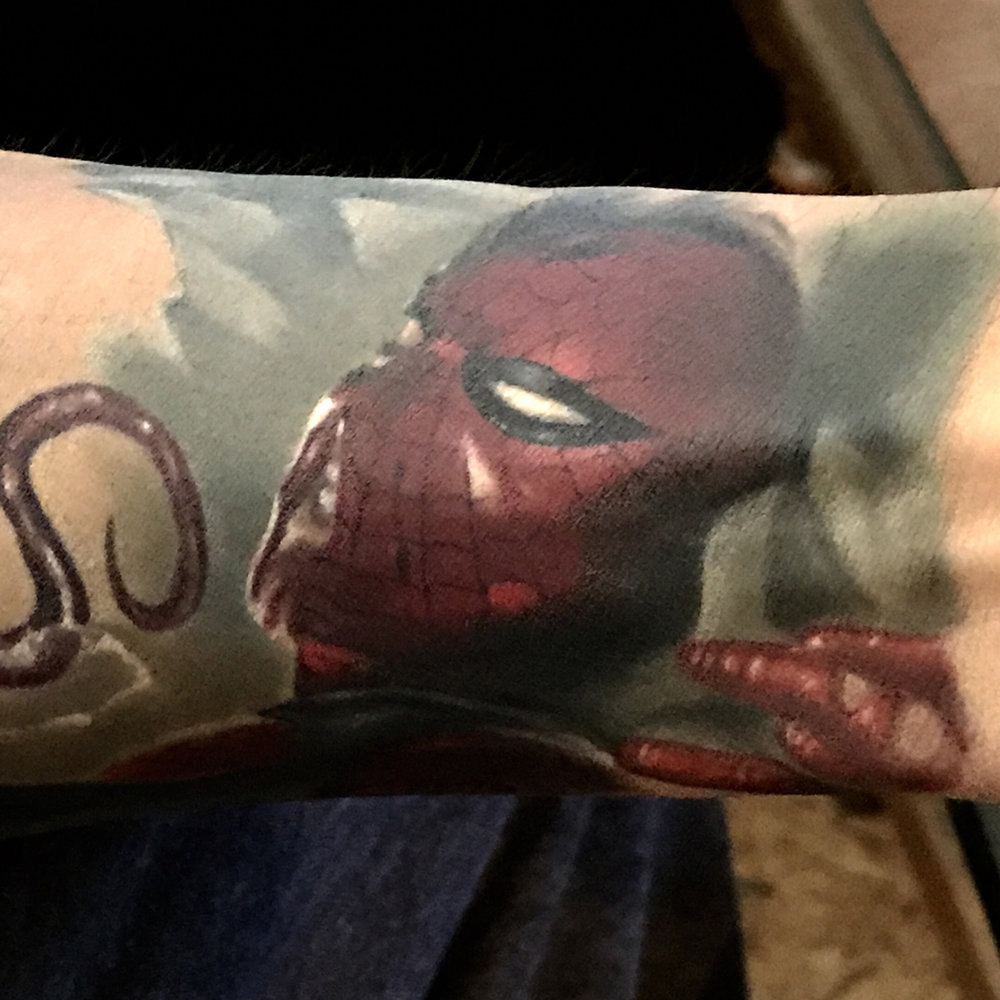 We both loved working with Takayas, we loved how he kept trying to meet our specifications till we were satisfied, we love the ring very much and we couldn’t be any happier. We’ve both been showing off the ring as much as we can and even our friends have told us how they’ve been showing pictures of the ring to everyone they know. It’s just absolutely gorgeous and we can’t say thank you enough. It was also great to meet him and I am very excited to talk about my wedding ring in the future.

We enjoyed working with Alexis and Margaret too, and look forward to creating their special wedding rings!