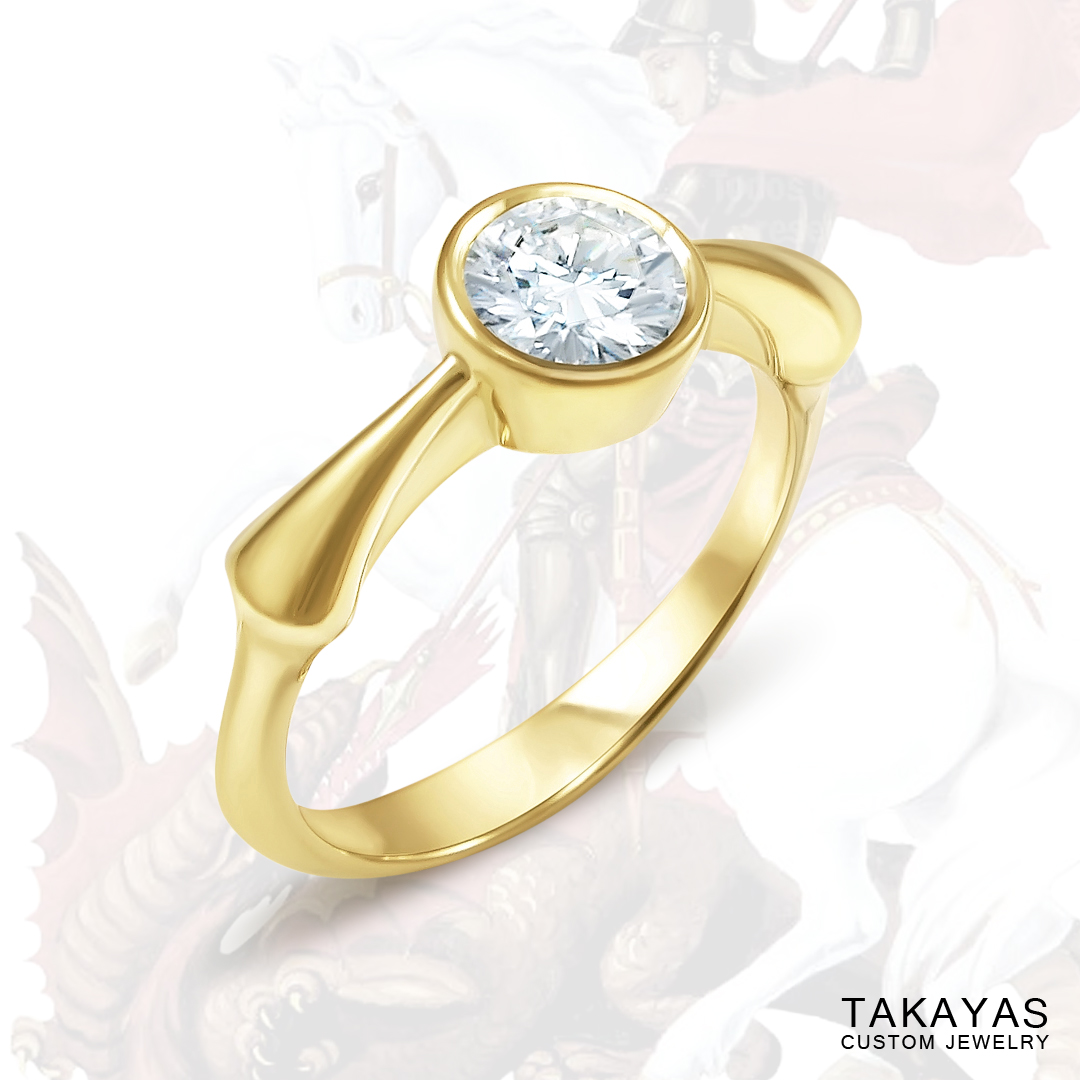 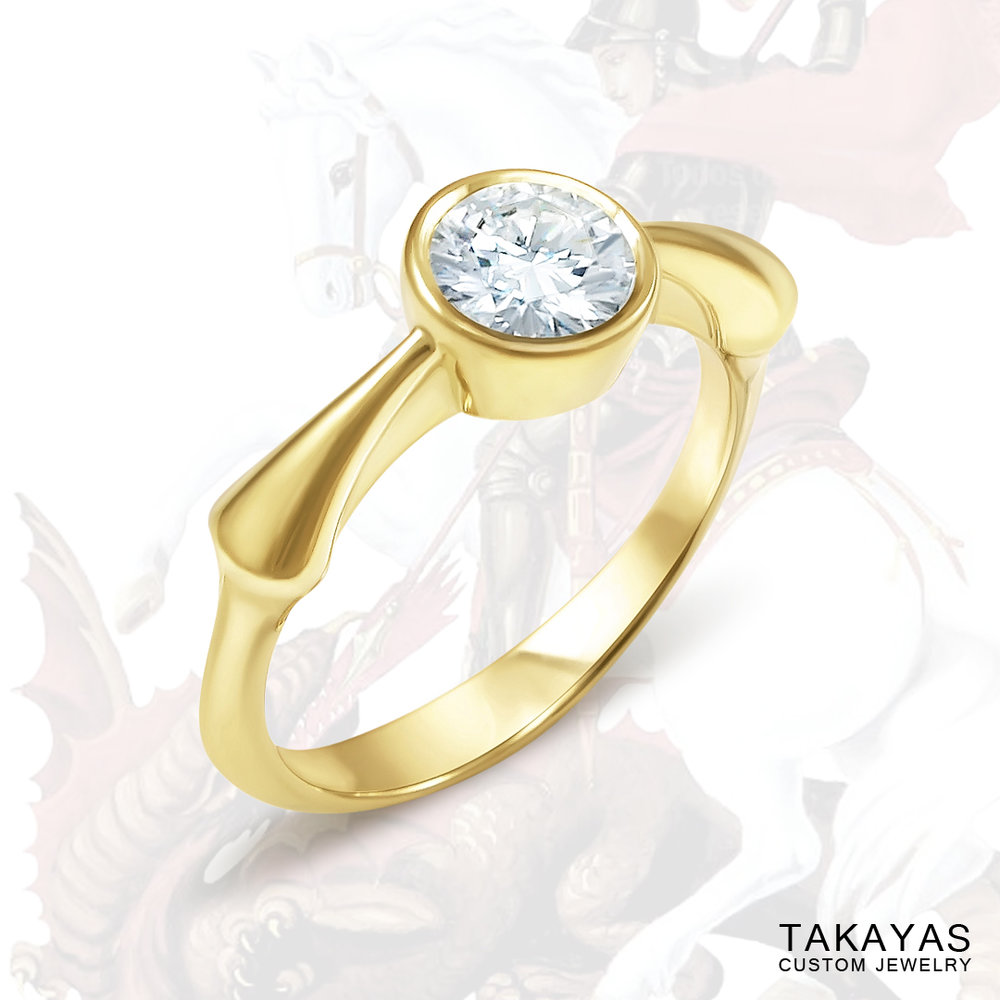 Brandon contacted us to create a special engagement ring for his soon-to-be-fiancee, Paula.

He told us that Paula is Brazilian and has a deep love for Sao Jorge (St. George) who, according to legend, slayed a dragon to save a village. He wanted her ring to include references to her favorite saint.

Since Brandon wanted to feature Sao Jorge’s spear in the design, Takayas used this as the primary design element. He played around with the idea of incorporating dragon elements but that took the design in more of a fantasy direction that didn’t make sense with the sleek, contemporary look of the spear. 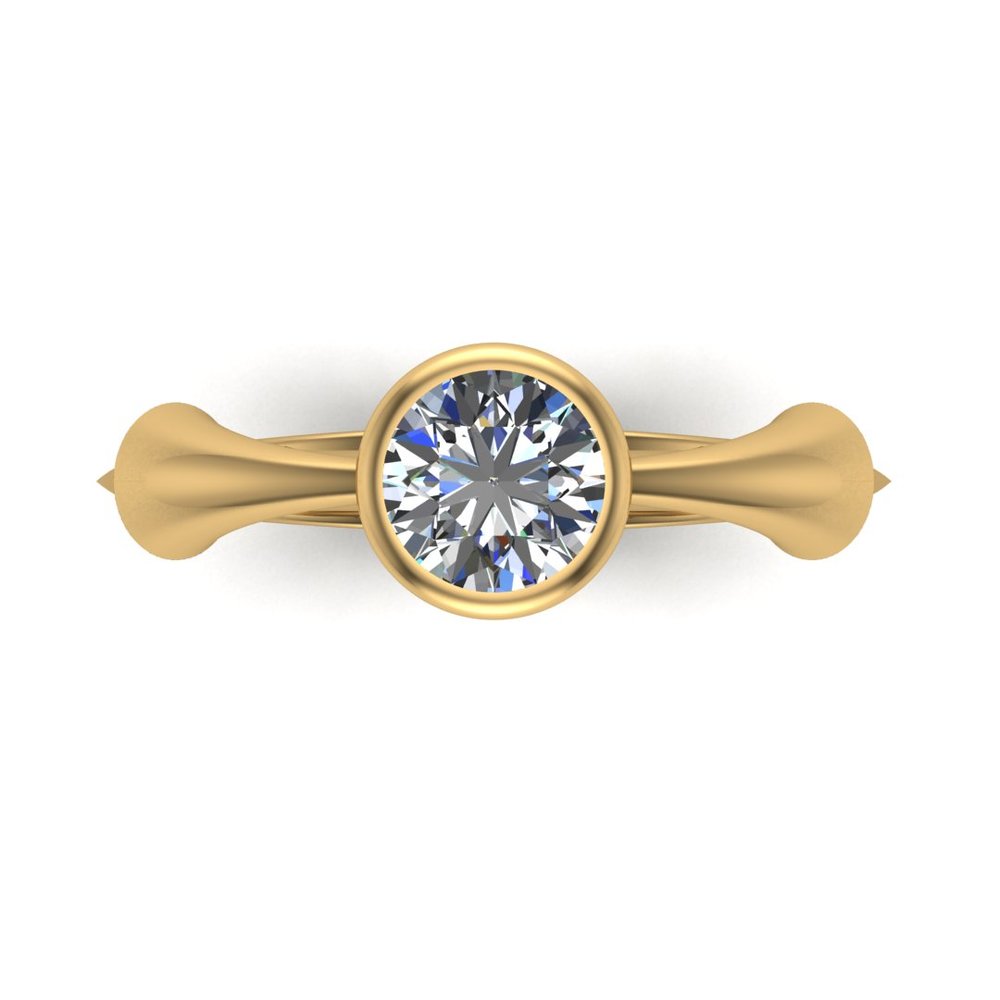 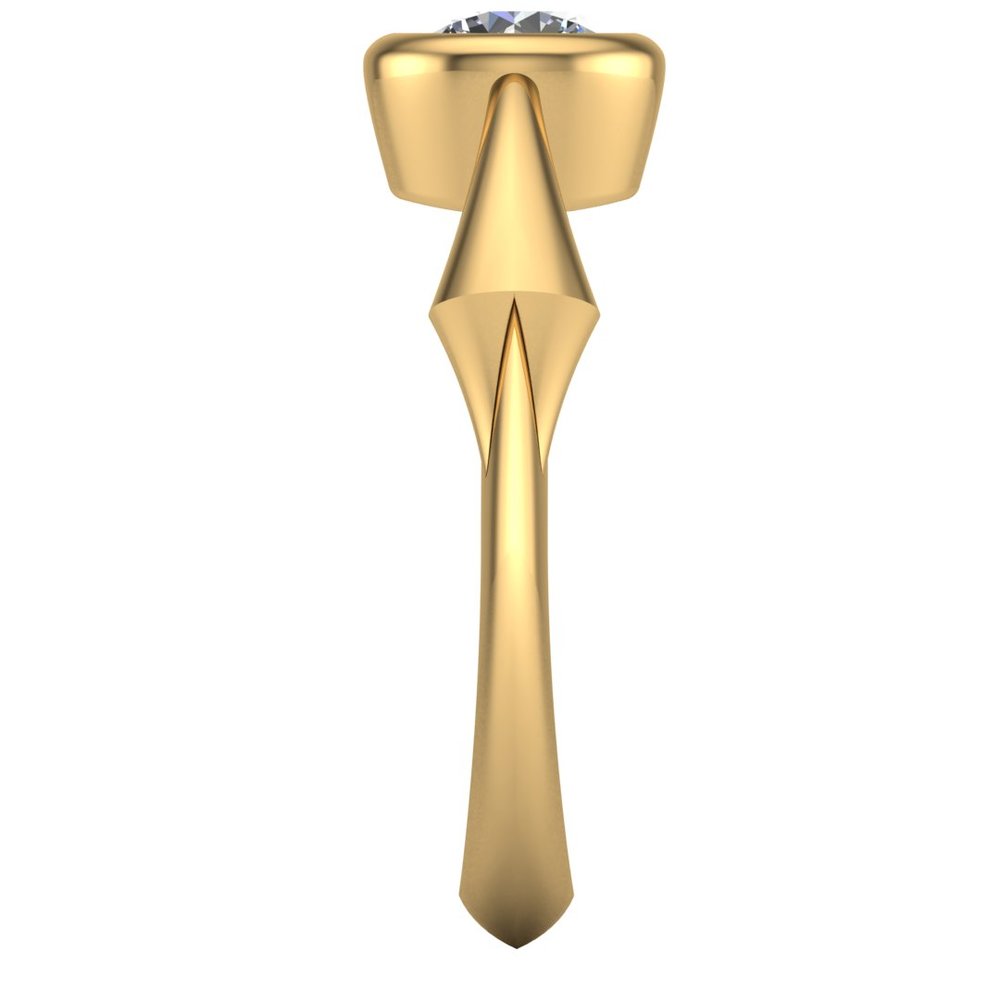 You’ll notice that the shoulders of the ring are inspired by the spearhead, pointing toward the diamond center. The diamond itself is bezel-set, the thin ring of gold reminiscent of the golden halo with which Sao Jorge is sometimes portrayed. Takayas also reverse-tapered the “handle” of each spear from where it meets the spearhead to where the two handles join at the bottom of the ring, creating an overall sense of balance and flow. 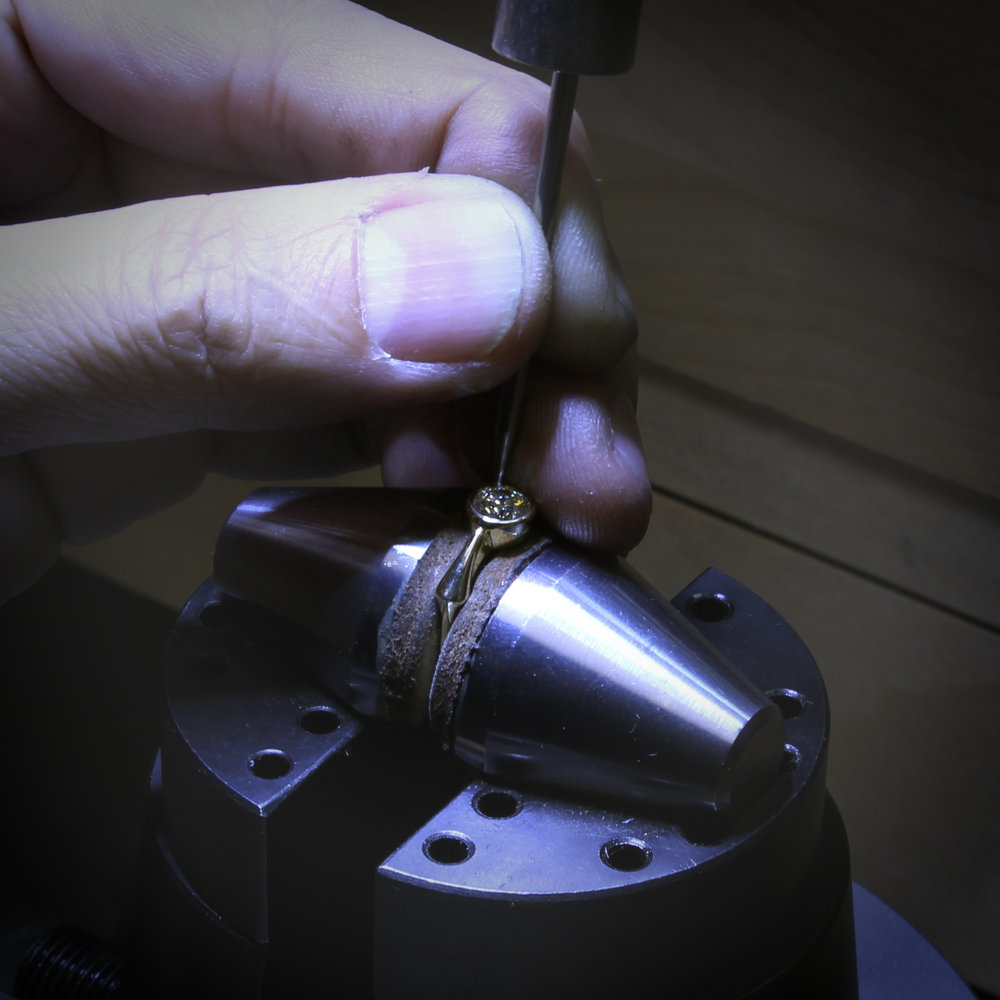 When Brandon saw the final design, his response was simple yet powerful, similar to the ring itself: “Wow. It’s so beautiful. Thank you. Thank you so much.” 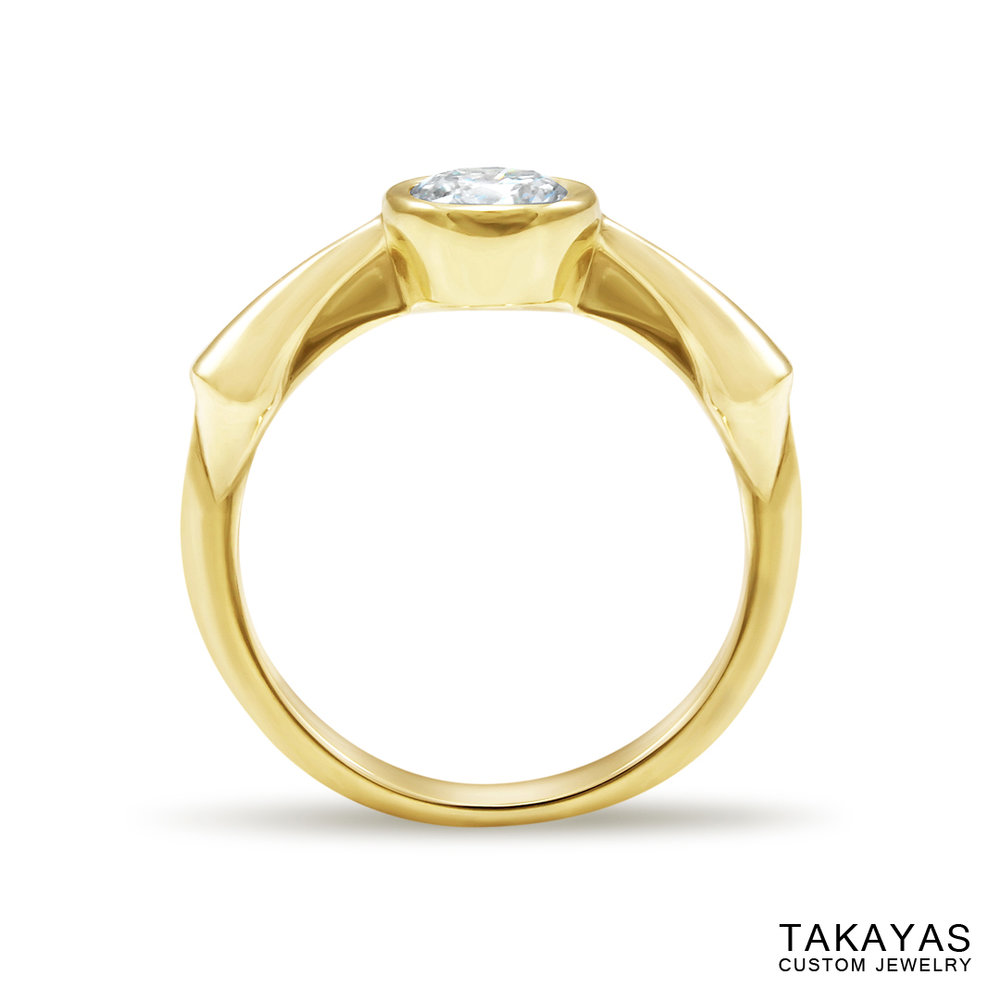 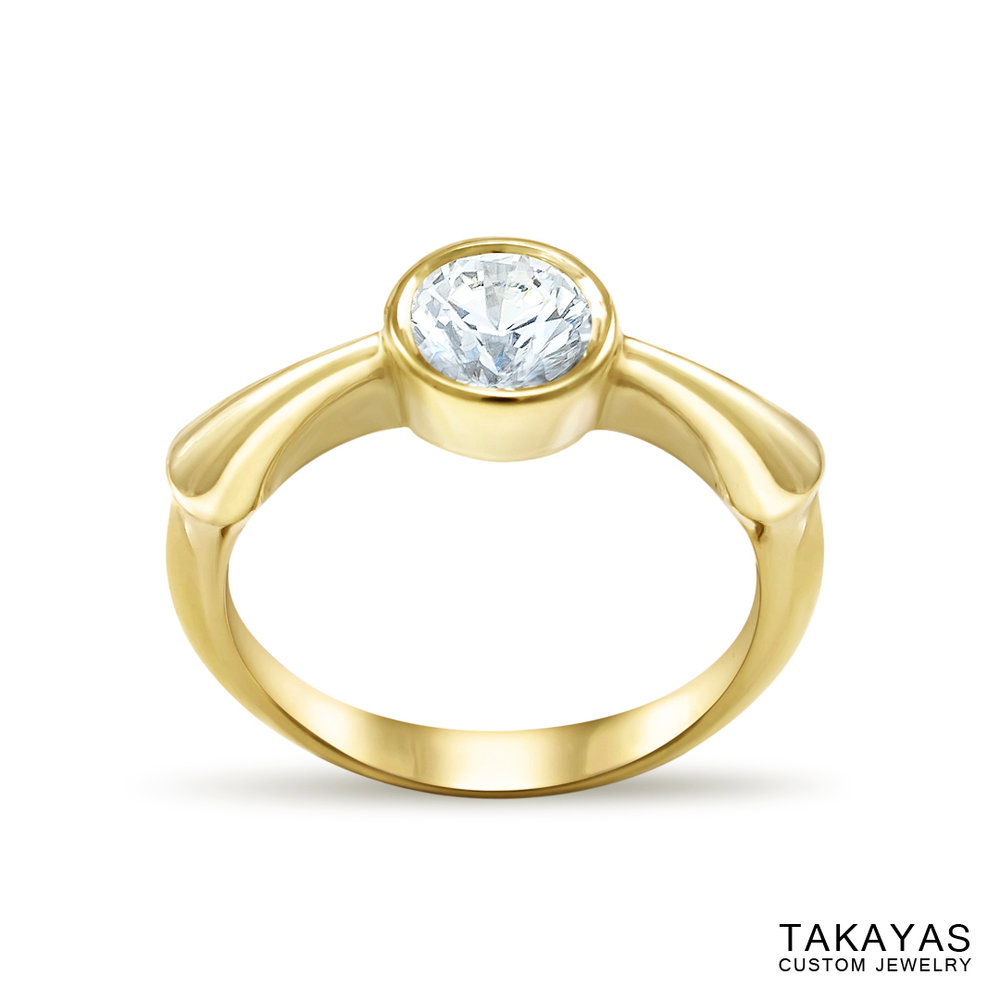 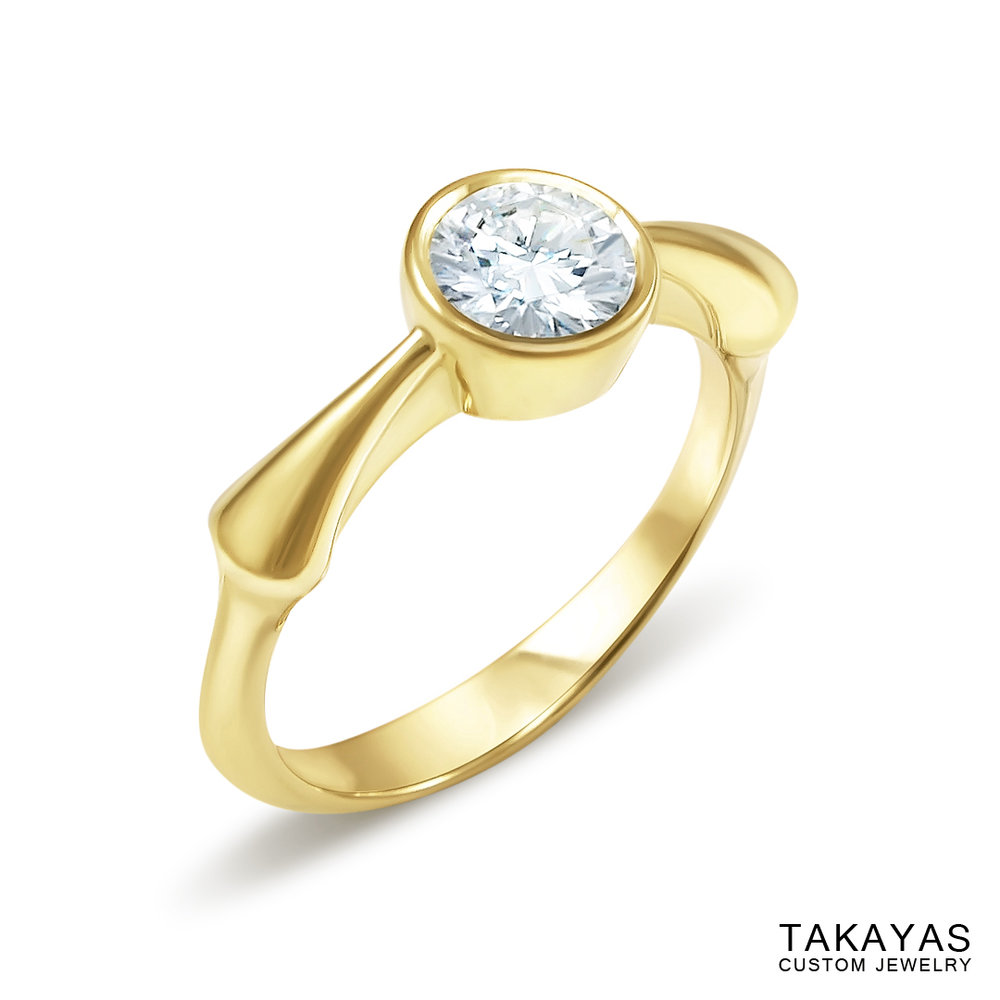 Once he had proposed, he reported back to us with his now-fiancee Paula’s thoughts: “I believe her exact words were, ‘It’s perfect!’“

We thoroughly enjoyed working with Brandon on his special Sao Jorge engagement ring design, and wish the happy couple a blessed future together.