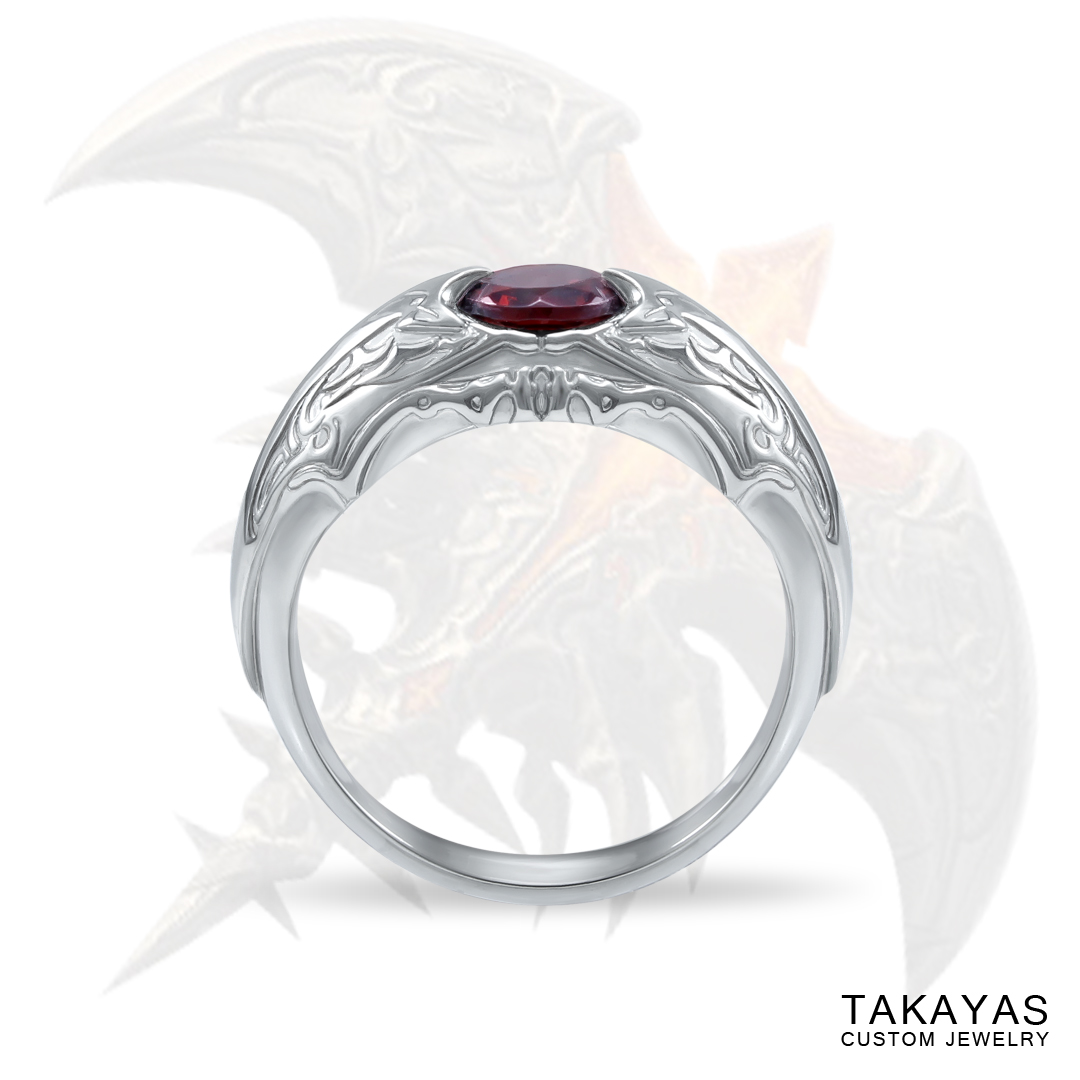 Originally, the couple’s ring designs were simply going to incorporate their Summoner and Warrior class symbols but, once the direction of their designs shifted to something more along the lines of the custom Sultana and Paladin inspired wedding set, Guitar provided Takayas with screen-shot images of his Warrior character wearing one of his favorite outfits and wielding his powerful axe weapon so that the essence of his character could be represented in his ring. 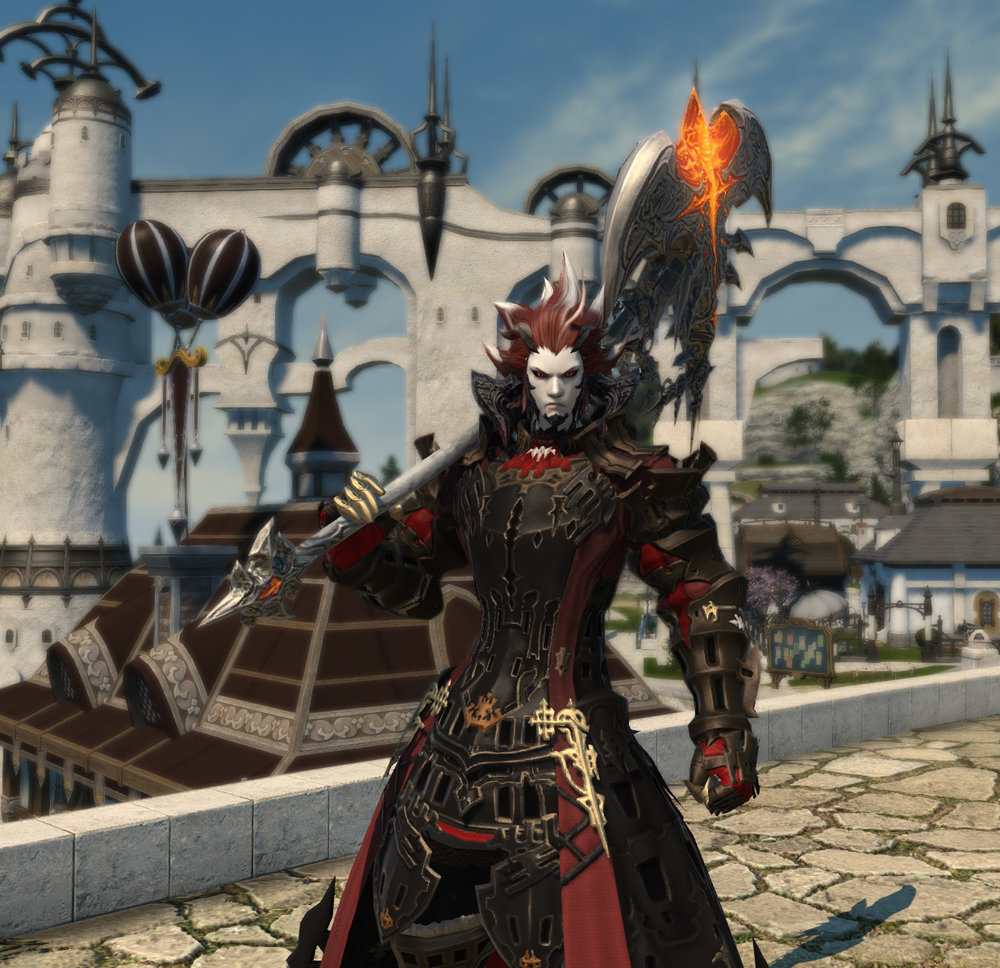 Takayas drew most of his design inspiration from the axe, incorporating the weapon’s complex patterns on the shank of the ring and using the pointed tips of the axe shape to hold the garnet center stone. The garnet itself represents both the fire of the axe and the red accent color of his Warrior’s outfit. 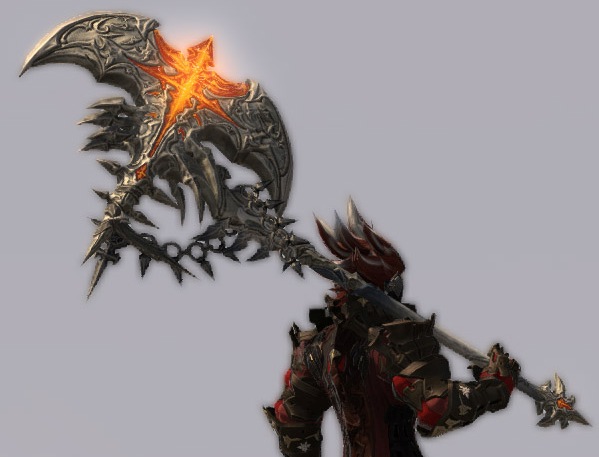 Because the patterns of the axe were so beautifully detailed, Takayas decided not to add any elements from the character’s outfit that would make the ring design too busy or detract from the details of the axe. He was very happy with the finished product: a cool ring with clean details that speaks to the essence of Guitar’s Warrior character. 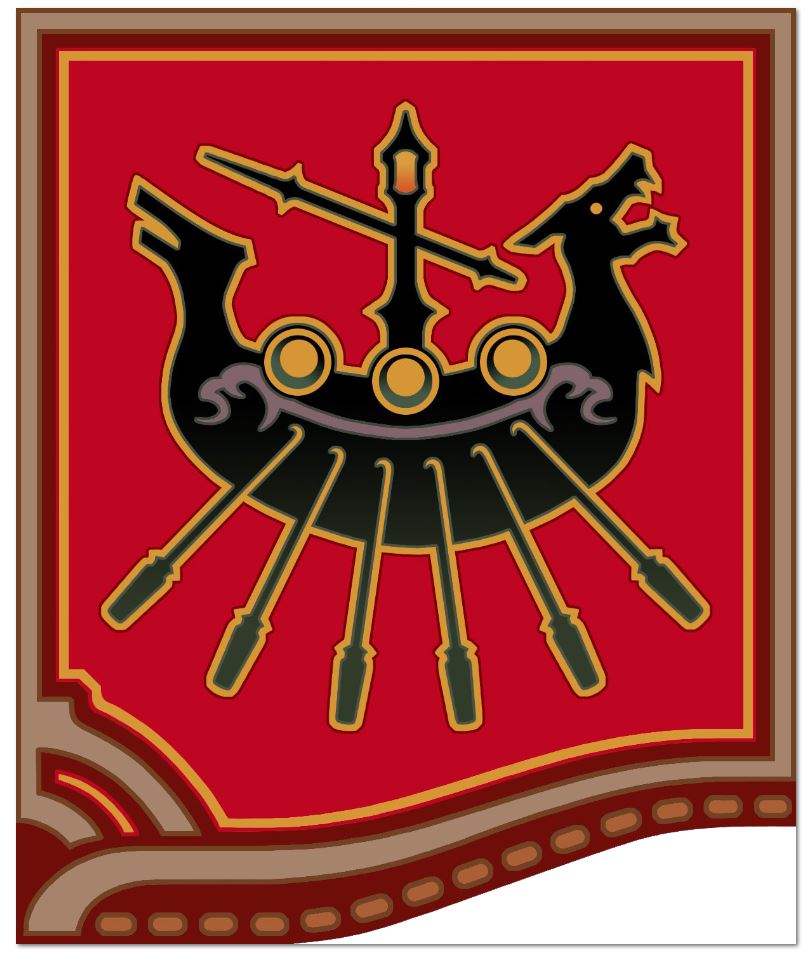 Like his wife’s Summoner ring, the gallery of Guitar’s Warrior ring includes the ship symbol of Limsa Lominsa, the grand company to which they both belong. Because the symbol required a large surface area to properly capture all of the details, the gallery was the ideal location for this engraving. 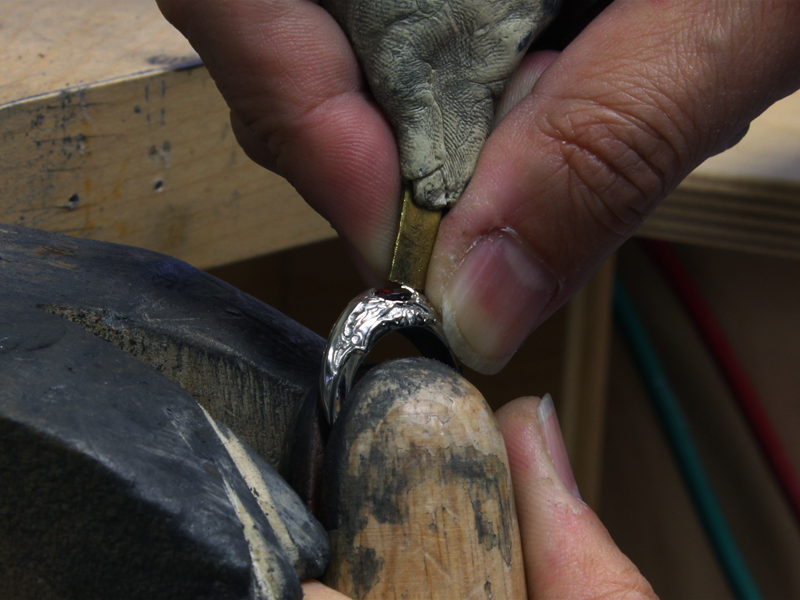 Takayas setting the garnet center stone in the axe-inspired mounting 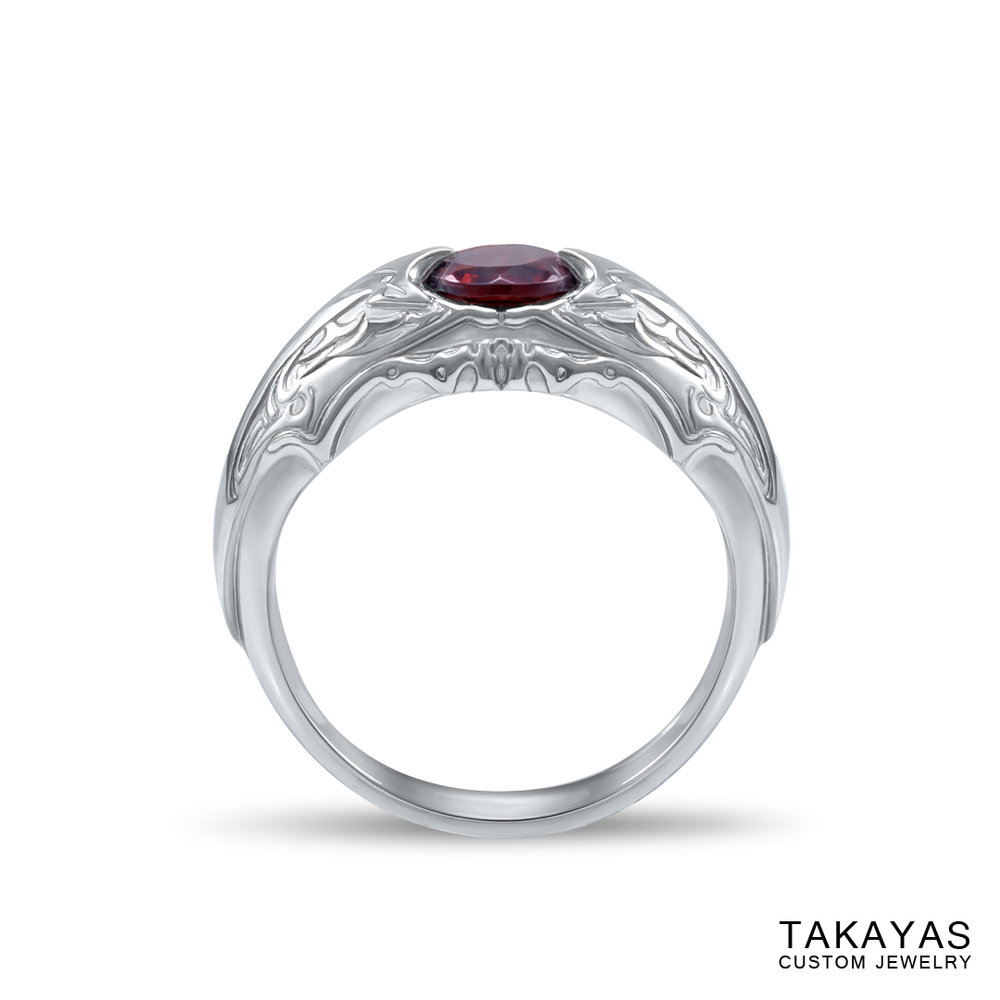 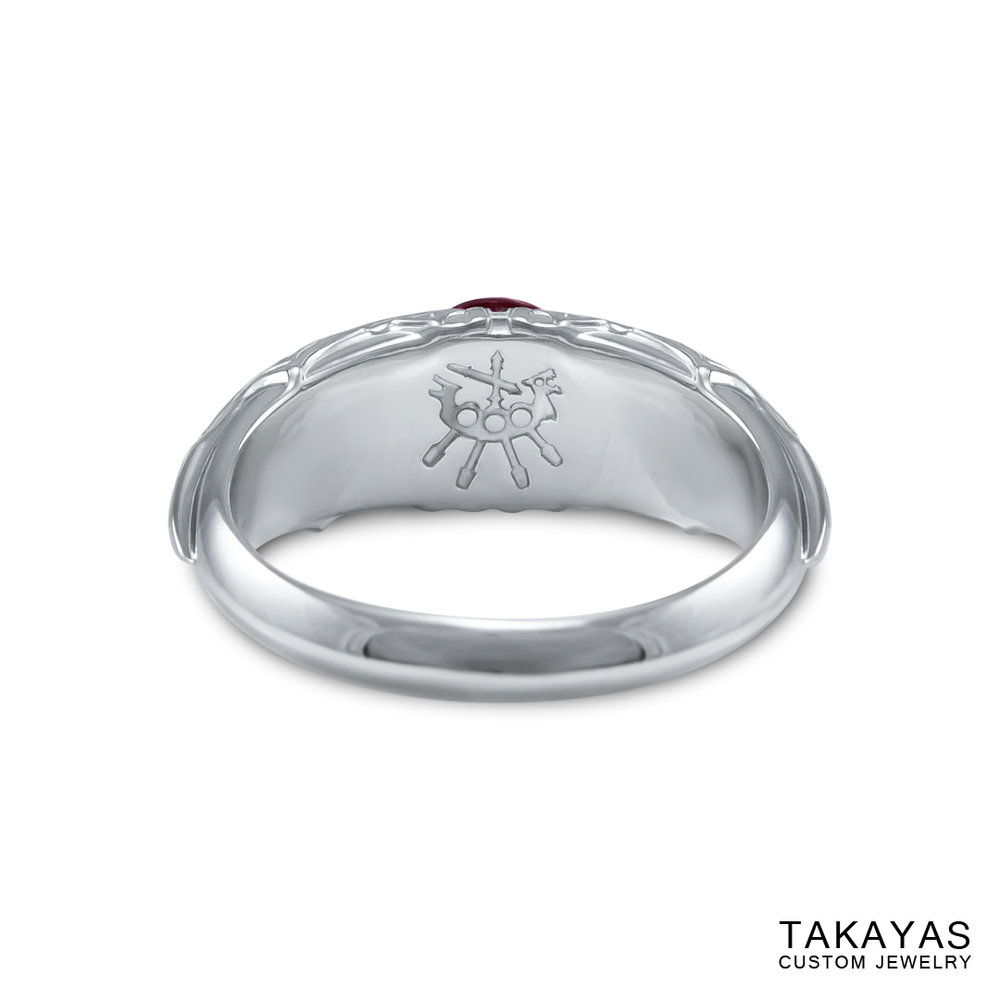 Now that we’ve revealed the groom’s ring, we’re happy to show you what the Summoner and Warrior rings look like together! Casey and Guitar are thrilled with their custom designed rings that not only represent the love they have for each other, but also the love they share for playing Final Fantasy XIV together. 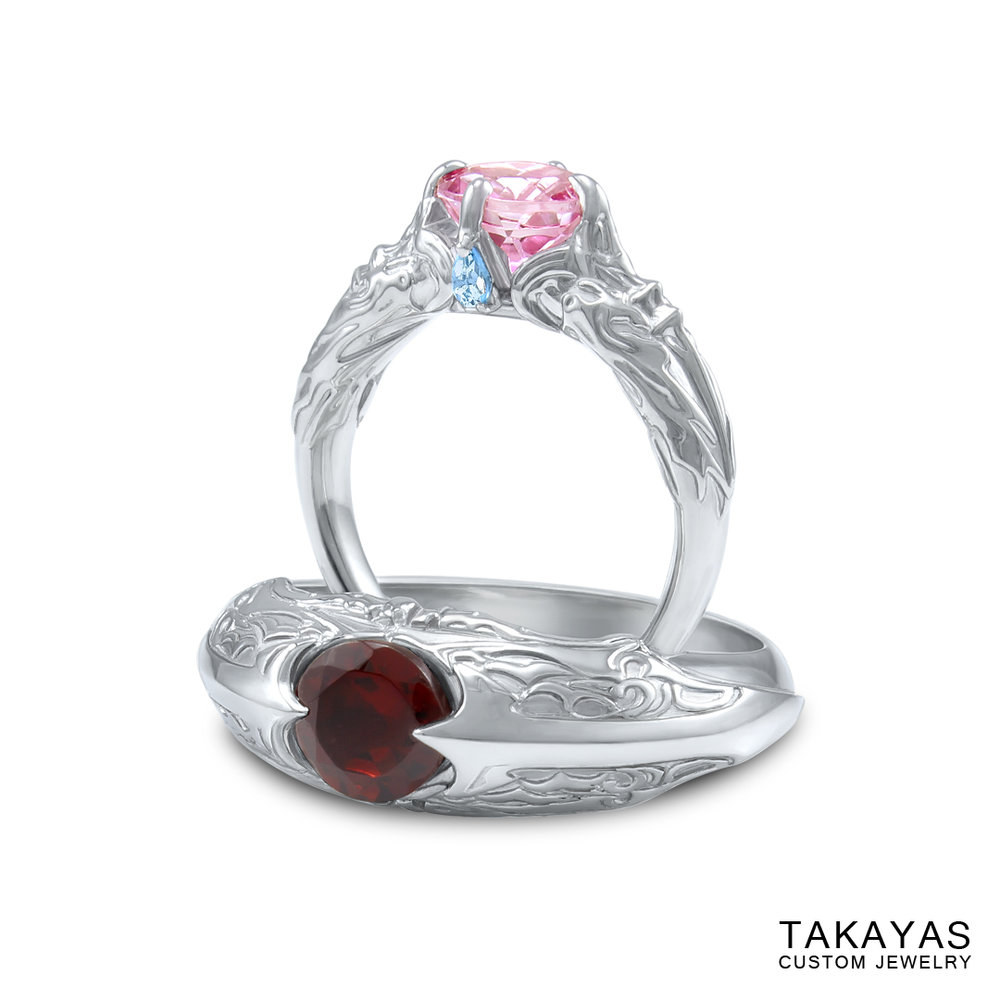