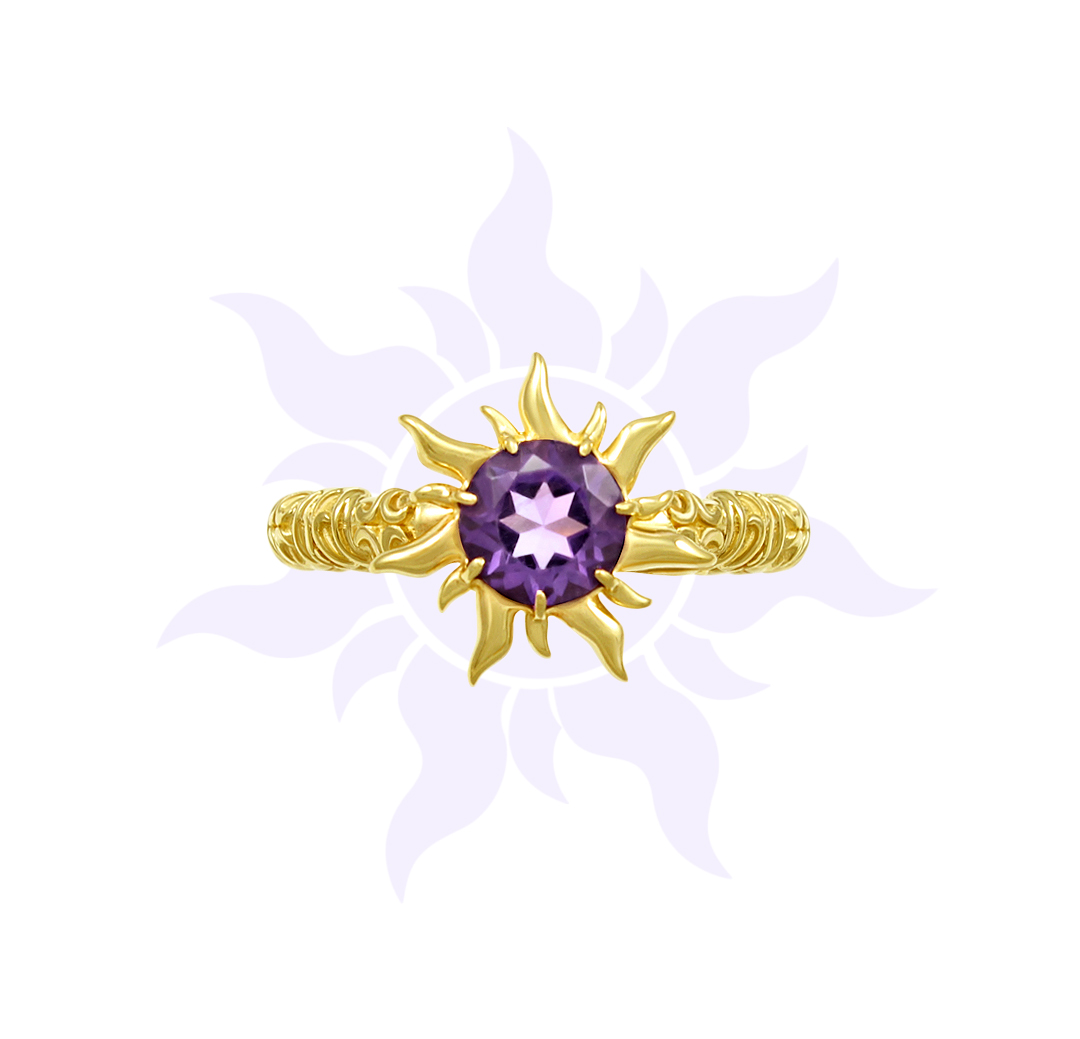 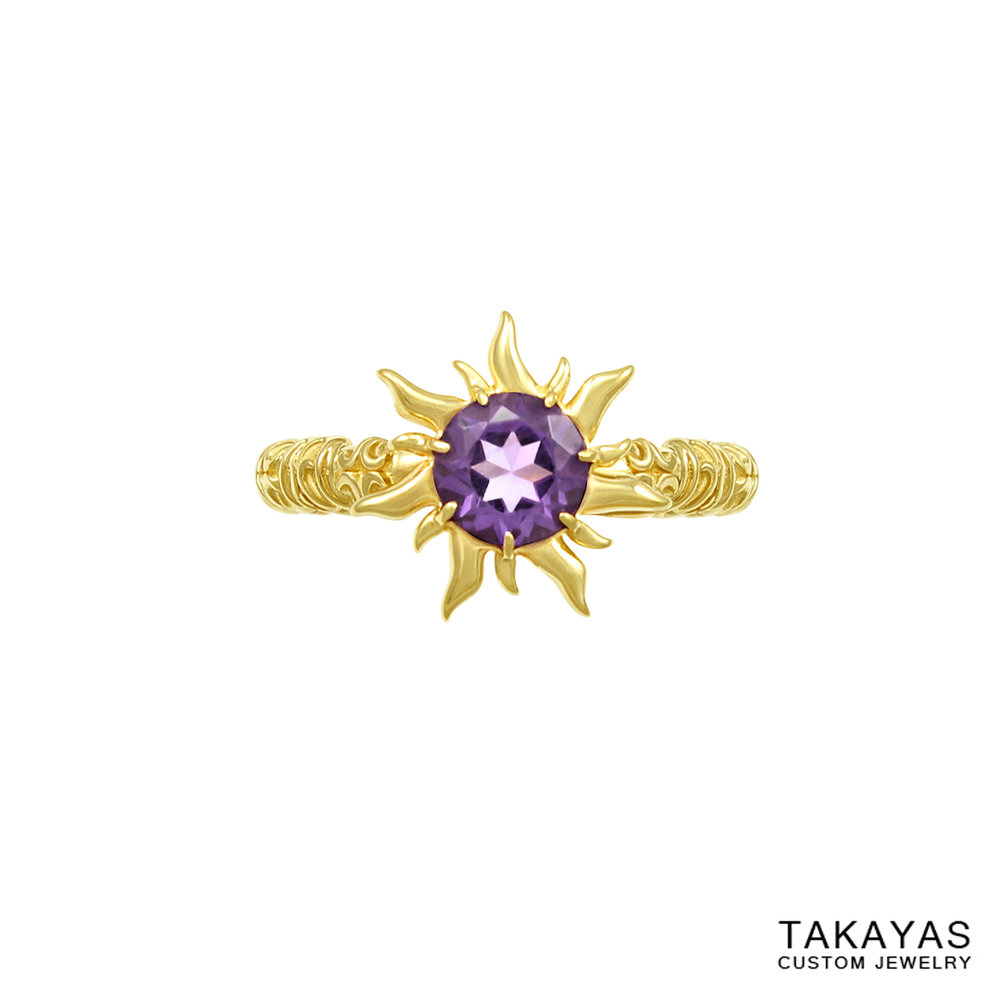 Whenever our customers commission custom Disney Princessinspired engagement rings, we cherish the opportunity to interpret their favorite character elements into a timeless ring.

Lawrence and Janina both shared a love of Disney films, so Lawrence wanted to create a custom Rapunzel engagement ring that incorporated Janina’s favorite color purple.

He chose the movie Tangledas the design basis because purple is associated with Rapunzel’s dress and the Royal Flag of Corona. 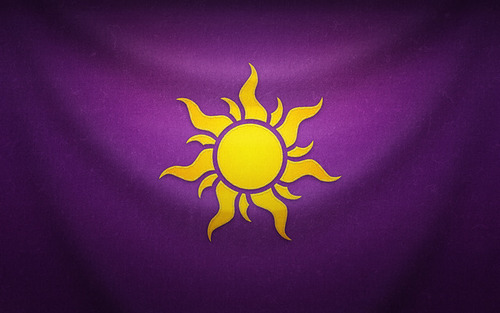 The Kingdom’s Sun Crest symbol made for a very striking centerpiece, and Takayas set an amethyst in the center of the sun.

The original plan was to use 14K white gold, but we ultimately decided to cast the band in14K yellow gold because yellow gold complimented the amethyst’s purple color well. Additionally, gold is a very prevalent color throughout the movie: the lanterns, Sun Crest, and Rapunzel’s hair are all golden. 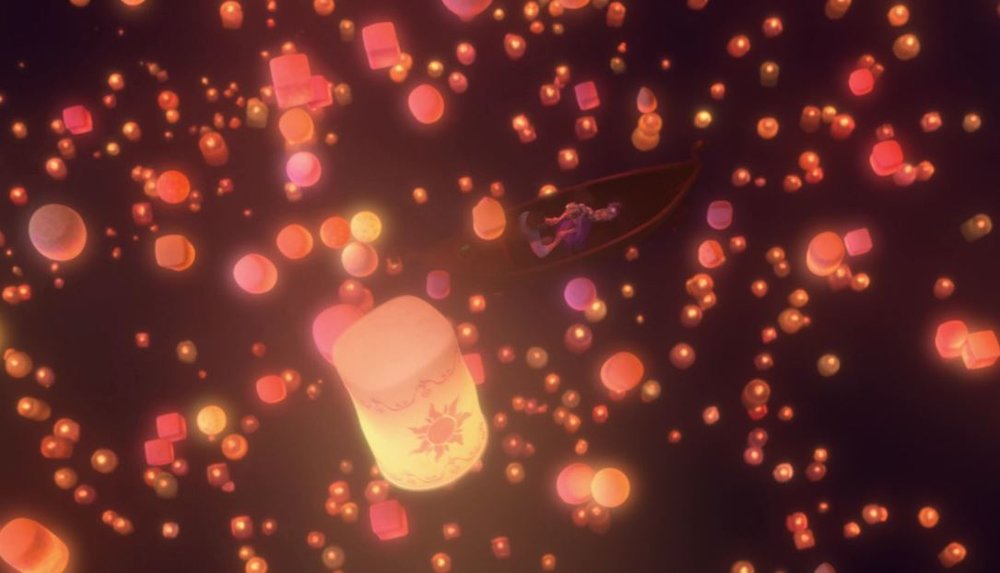 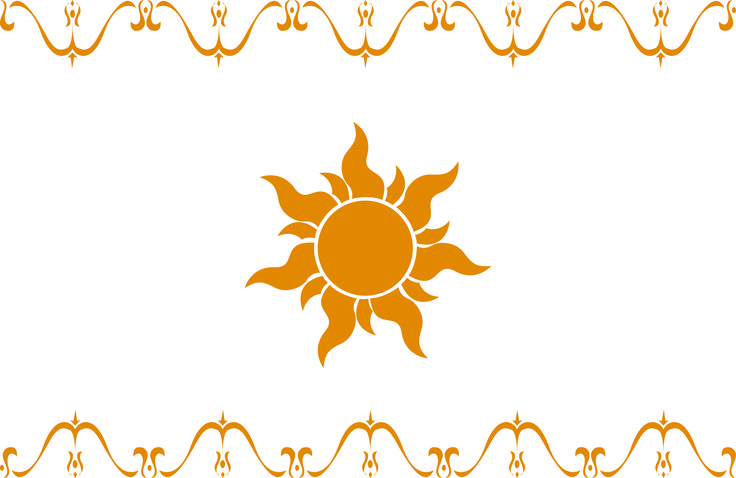 Theband’s design is based on the pattern framingthelanterns. Takayas alternated the direction of the pattern so that neither side of the ring would be too cluttered or empty.

On the inside of the band Lawrence had “My New Dream”engraved. 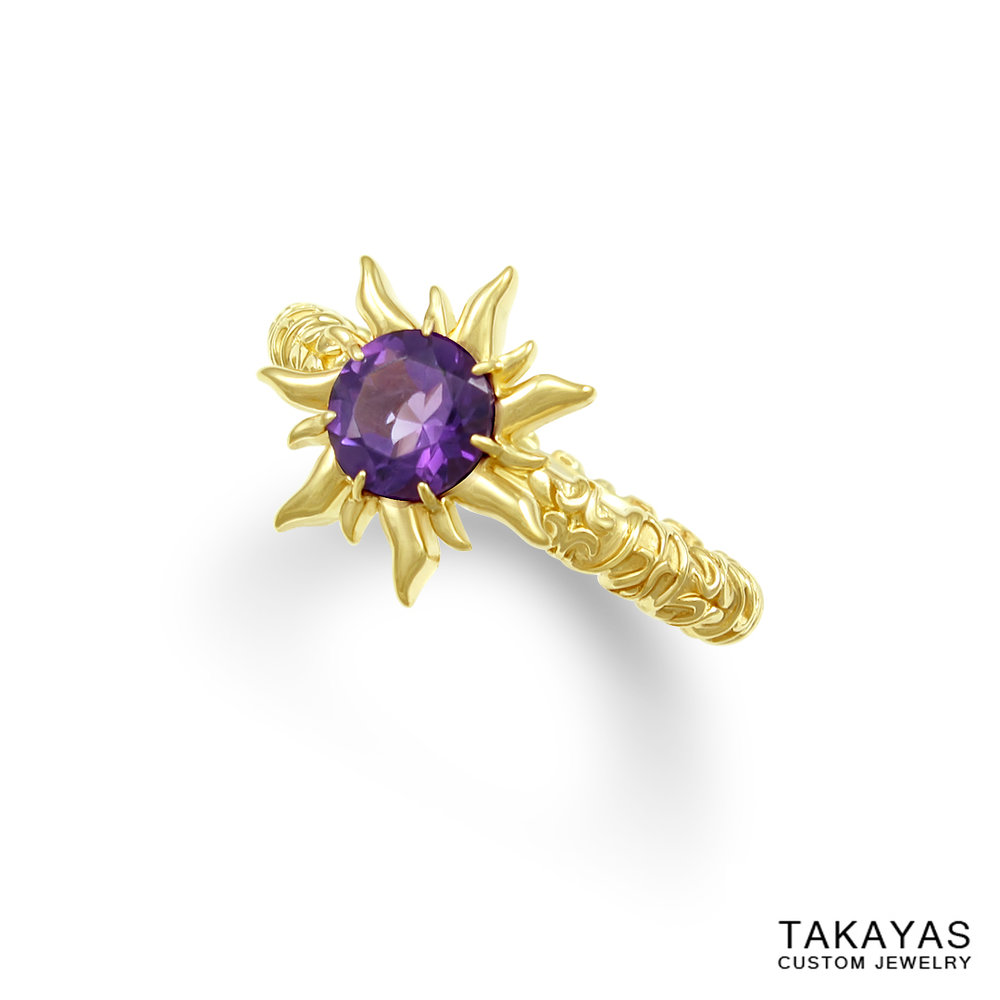 Both Janina and Lawrence practiced martial arts, so Lawrence proposed to Janina with the ring right after she passed her black belt test (and they were kind enough to share their proposal video).

They both recently tied the knot, and we couldn’t be happier for them! 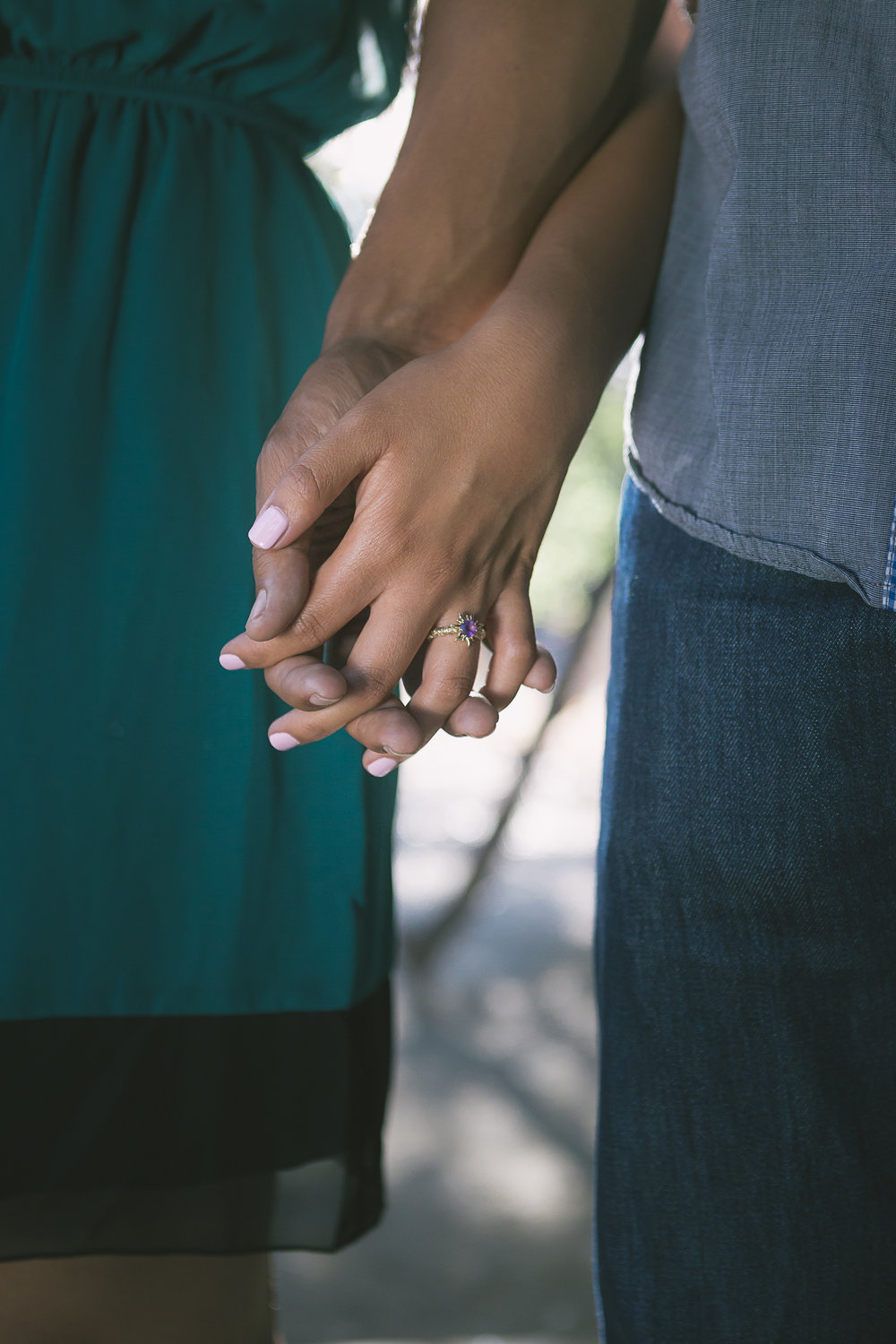