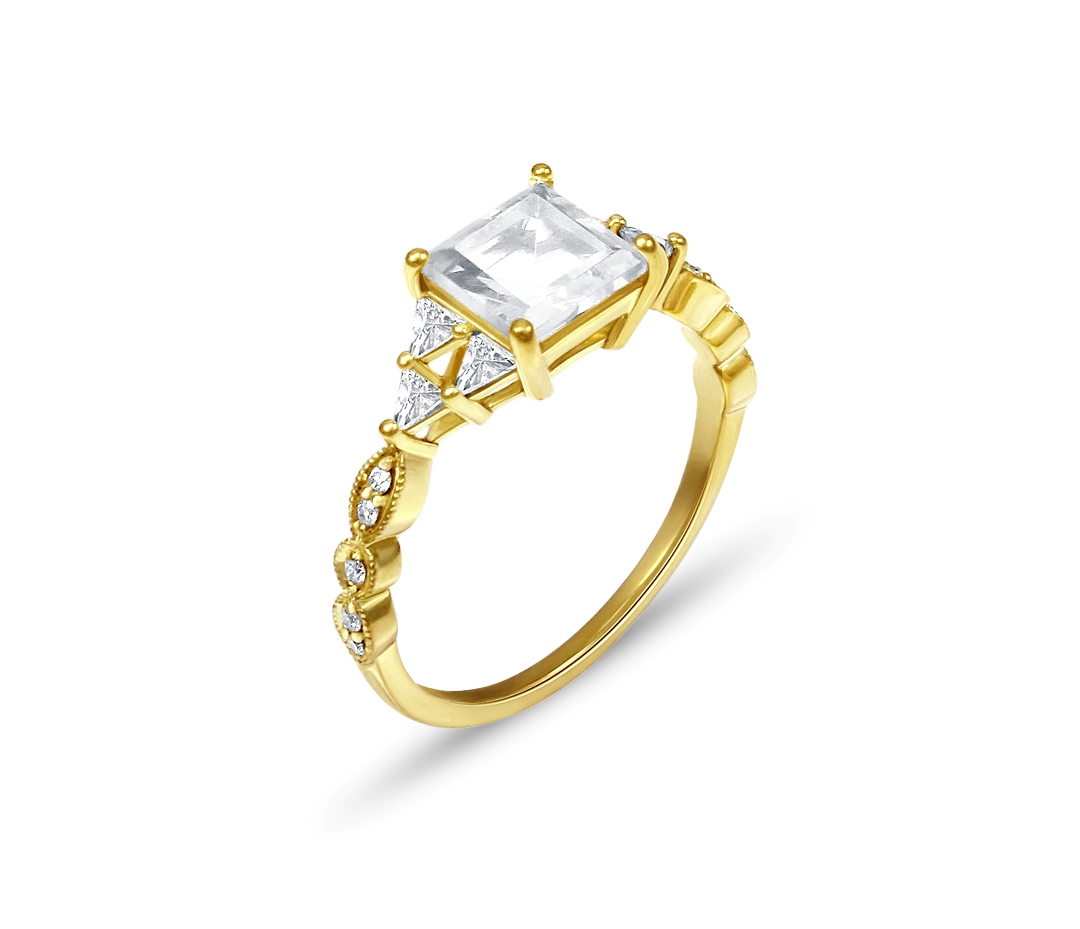 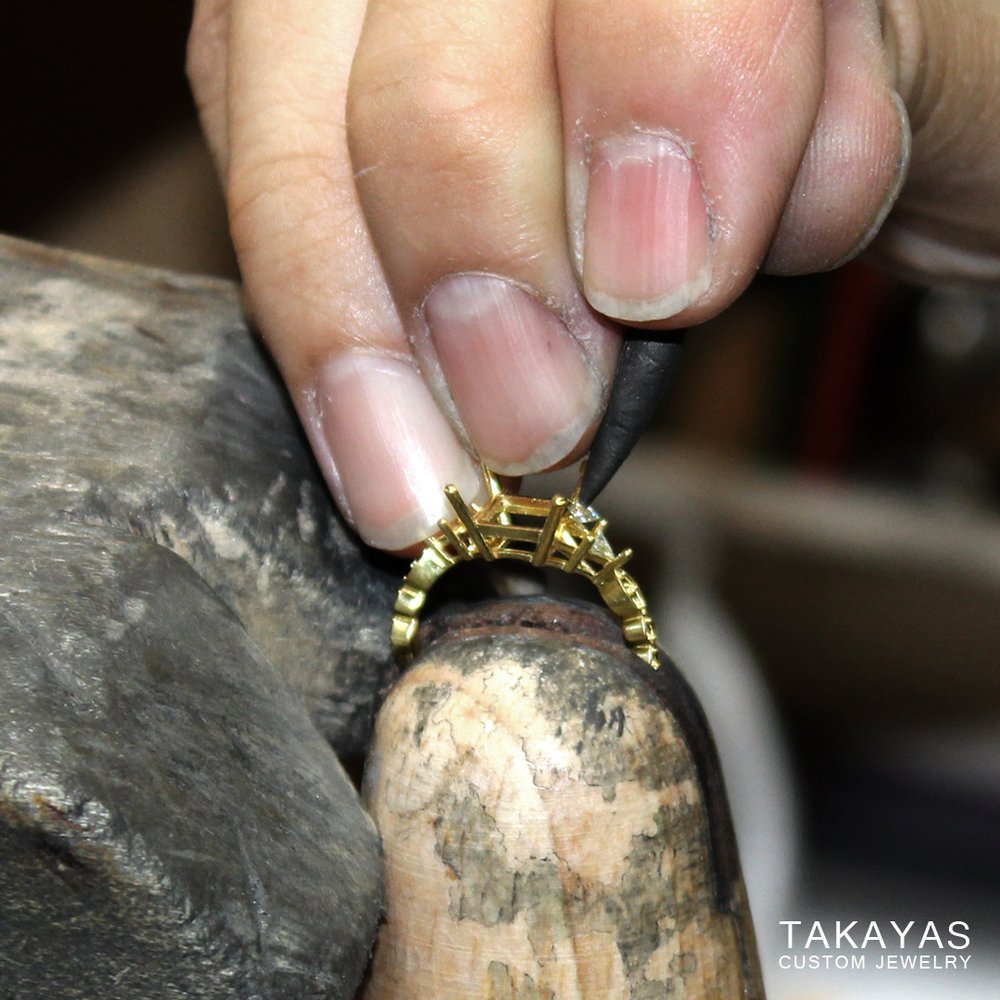 It was such a pleasure working with John and Erin to designthis custom 18K yellow gold Zelda engagement ring!

Because Erin’s tastes leaned toward dainty, elegant styles, we used a very thin band for her ring.The original plan was to use two triangle cut moissanites for side stones, but to balance out the large white topaz center stone, Takayas suggested usingthree smaller triangle moissanitesset in a triforce pattern on either side to provide an elegant transition between the band and center stone. This would also subtly incorporate the Zelda theme they had requested without making the video game design elements too obvious.

A scalloped band and milgrain accents helped to add a classic touch! 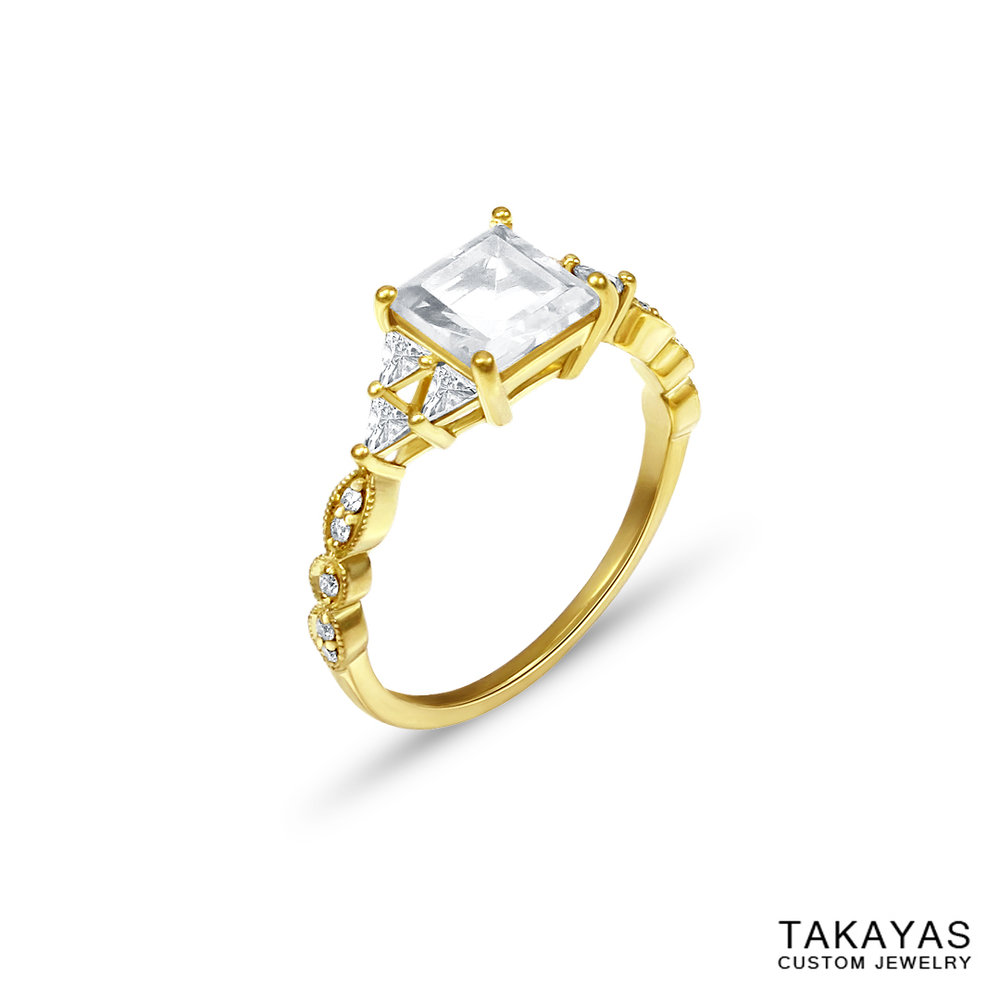 After we created Erin’s ring, we waited excitedly for John to let us know how it went because he had a very special proposal in mind.

He had been planning a Zelda themed scavenger hunt proposal for about a year, complete with handmade props and costumes for all of their friendsto dressup as Zelda characters to help Erin along on her adventure. 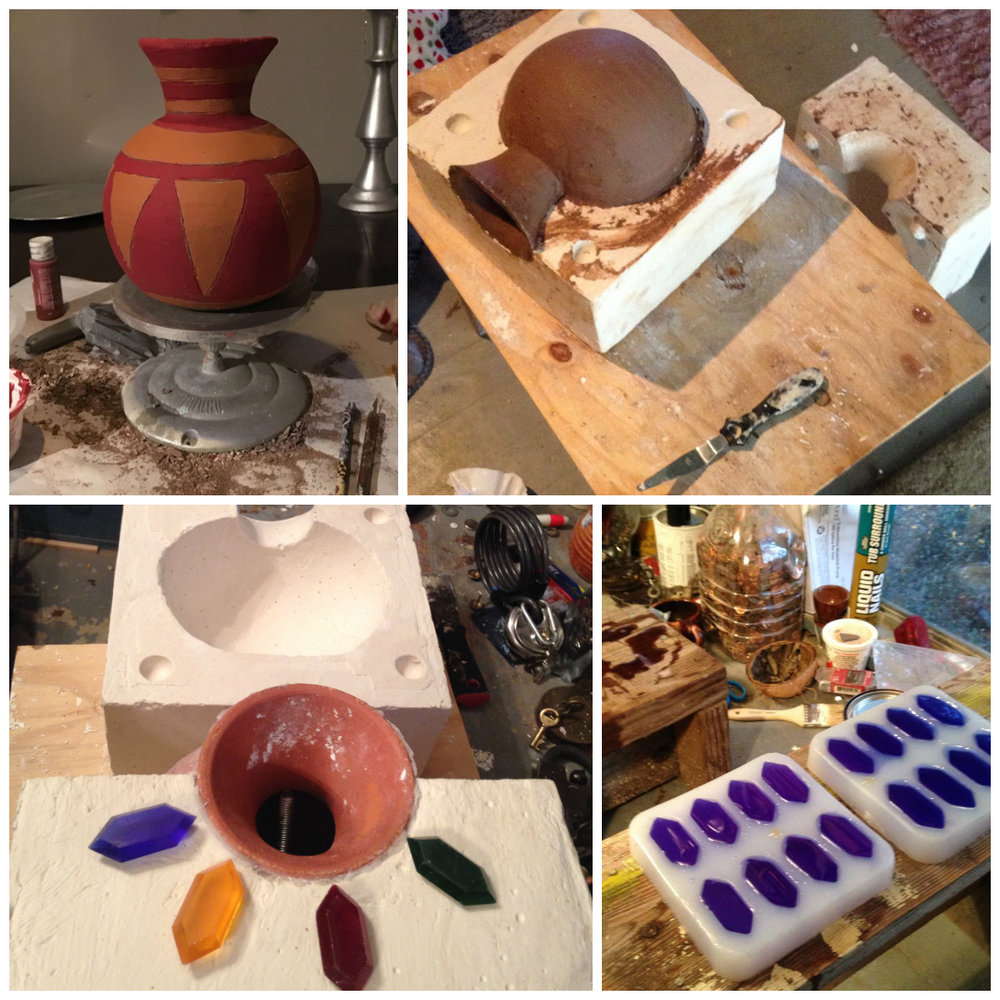 The first stop of the scavenger hunt began with one of their friends who was dressed up as Tetra from The Windwaker taking Erin out kayaking. Together, they paddled out a ways until theyreached John who wasunfurling a banner that read “Are you ready for an adventure Erin?” 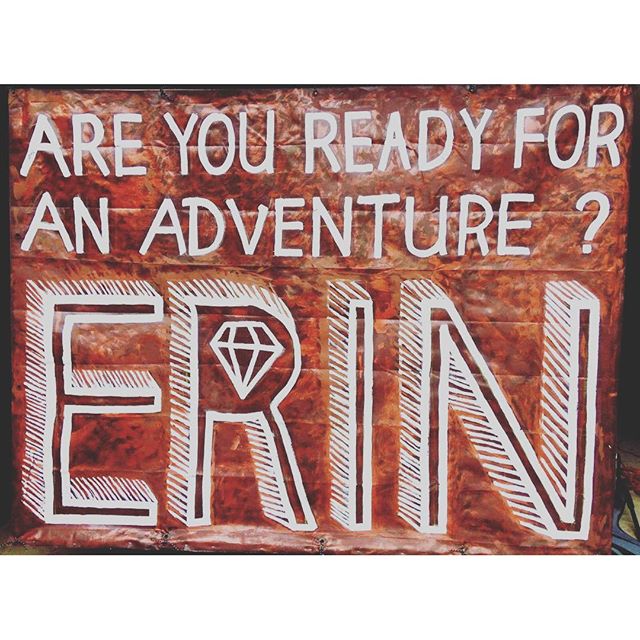 Upon arriving atthe banner, their friend dressed as Skull Kid from Majora’s Mask jumped out and kidnapped John leaving behind a ransom note for 50,000 rupees with the first destination clue! 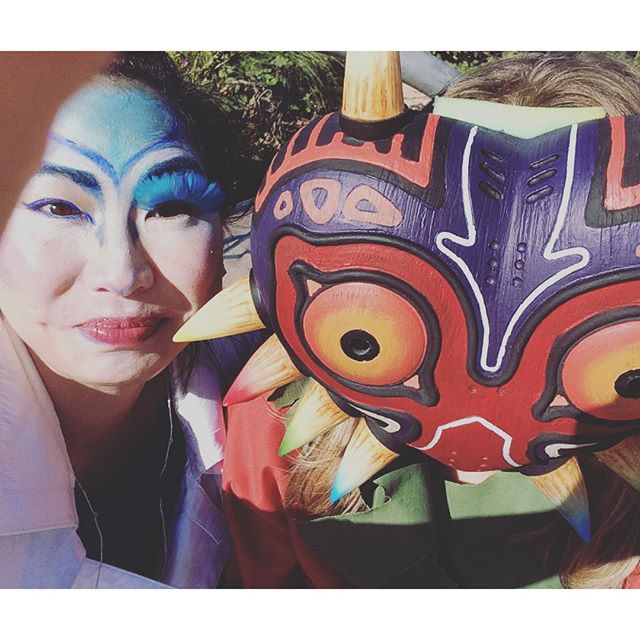 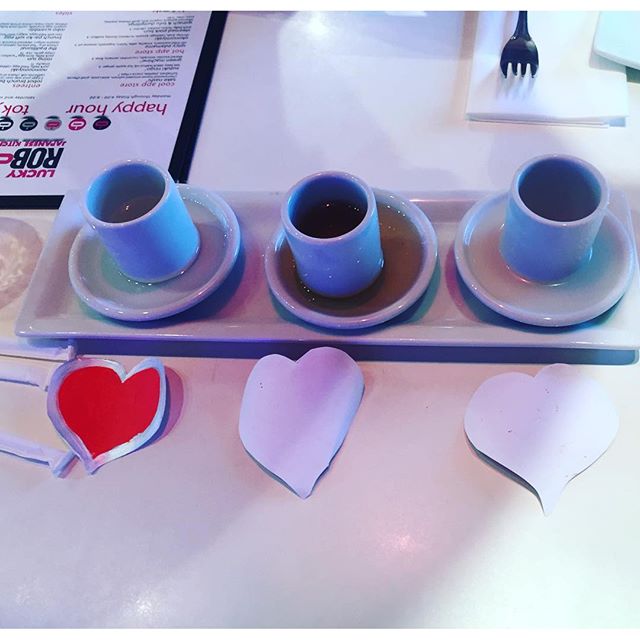 The second stoprequired Erinto successfully answer a series of relationship trivia questions without losing all of her Zelda life hearts in order to obtain a sword from their two fairy arms dealers friends. 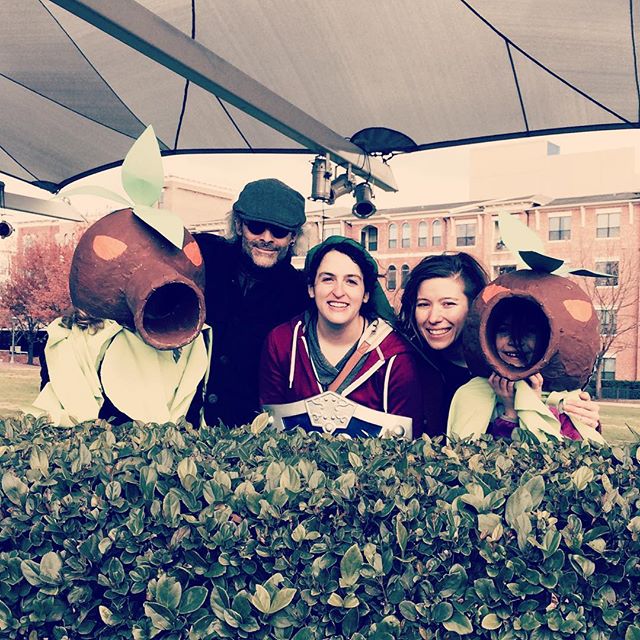 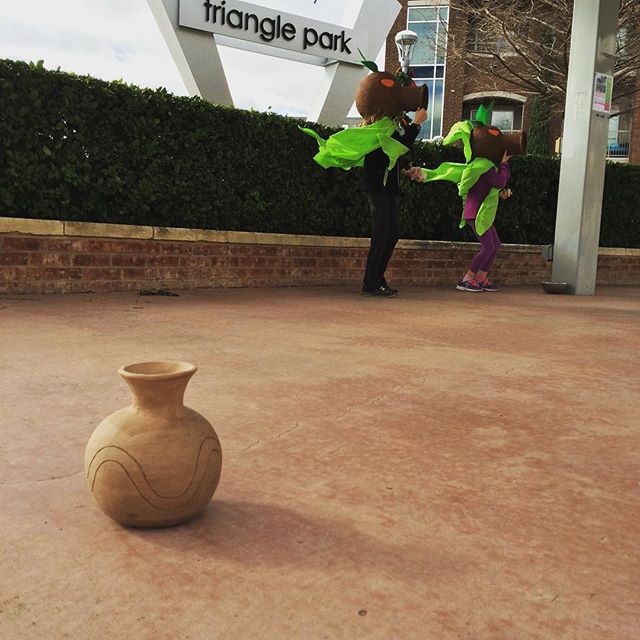 The third stop was at a dog park near the the site of their first datewhere another set of friends (who had also designed the costumes) and their children who were dressed as Deku Scrubs waitedat an obstacle course. To make it through the obstacle course, Erin to break several pottery jars filled with resin rupees. While she was collecting the rupees for John’s ransom, she had to avoid being hit by flour bombsthat theDeku Scrubs were launching at her. It’s a good thingshe had a shield! 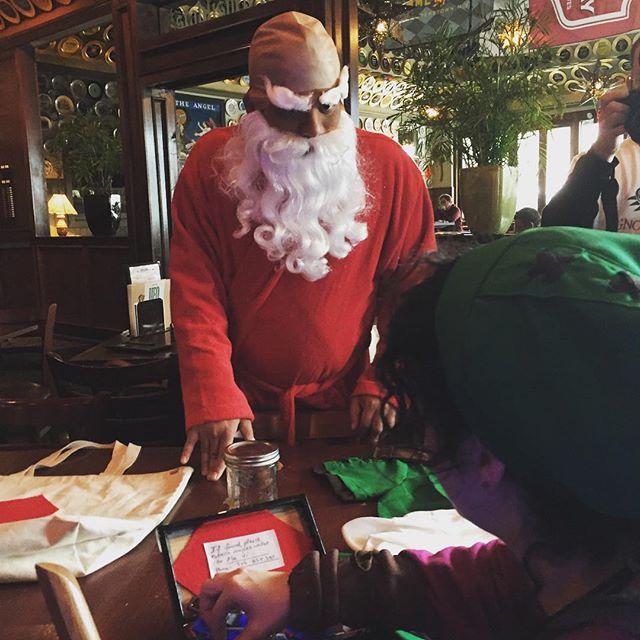 The fourth stop was at the site of their first date where another friend, dressed as the ‘Old Man’, was running a shop. Because the Deku Scrubs from the previous stop had covered her in flour, Erin would needed to buy new clothes from the shopkeeper who conveniently had a Link costume for sale. Once she was suited up all that was left was the final battle! 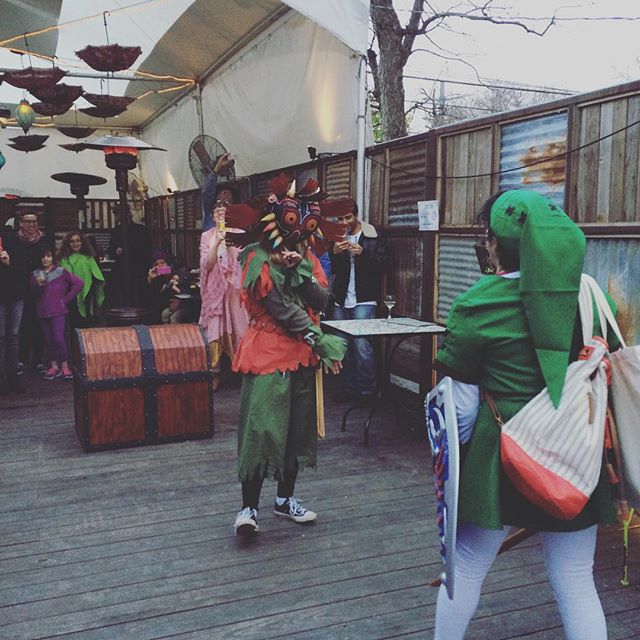 Theend of the adventureculminated at their favorite restaurant where Erinhad to battle herbest friend dressed as Skull Kidto reach John. All of their friends and family had gathered for the engagement dinner and waited while Erin approached a large treasure chest… 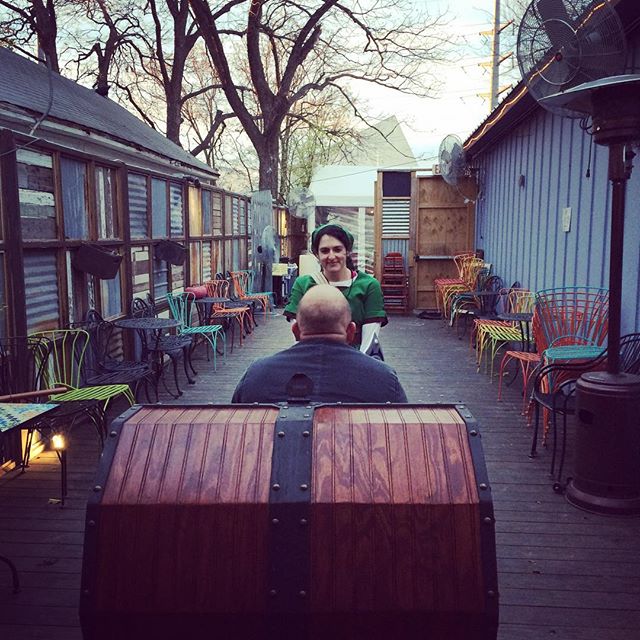 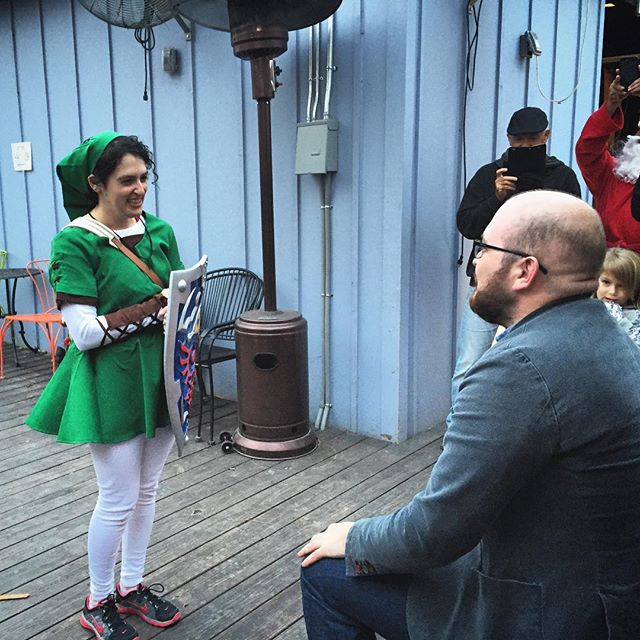 And out popped John! He proposedwith a wonderfulspeech about how much he loved her, and presented her with the ring advising her “It’s dangerous to go alone, take this:” 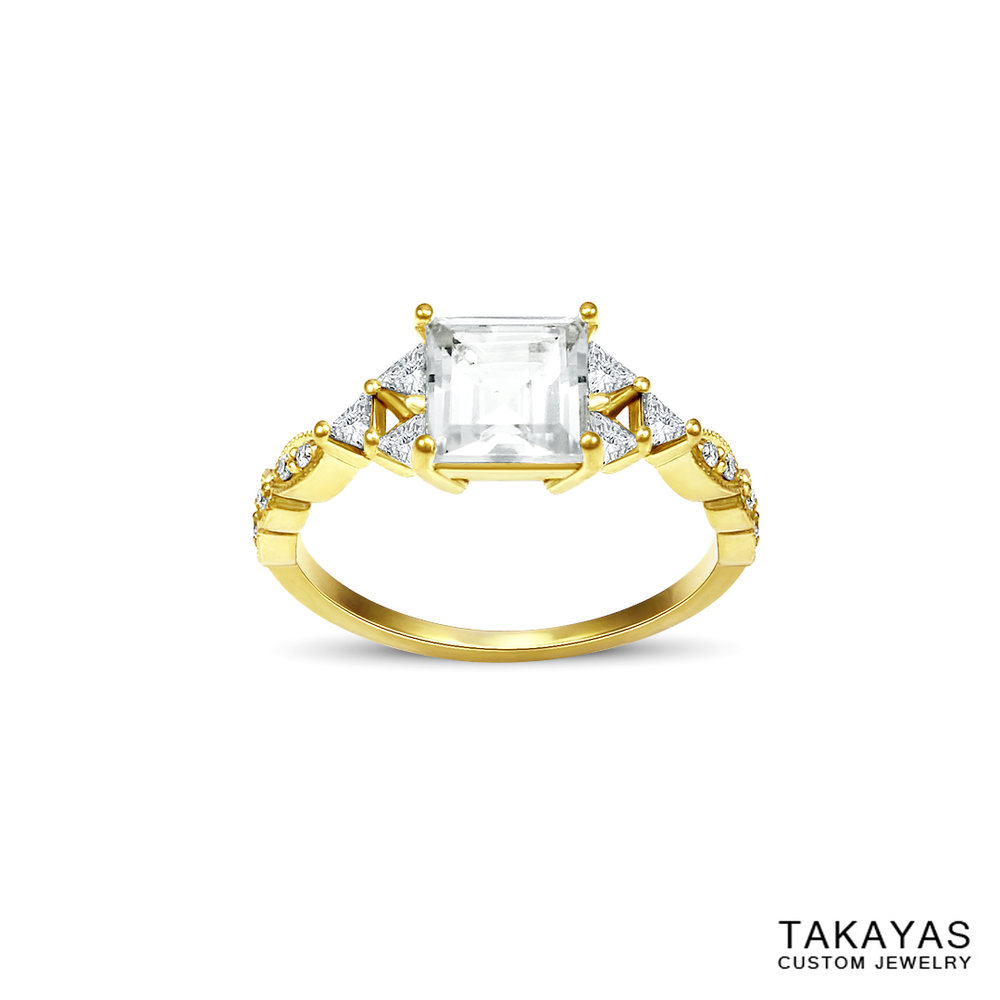 We had such an amazing time working with Erin and John, and it meant so much to us that they sharedtheir proposal with us! We couldn’t ask for kinder more fantasticcustomers.

To read more about their account of the scavenger hunt and see additional pictures, you can search for #legendofleederhere. 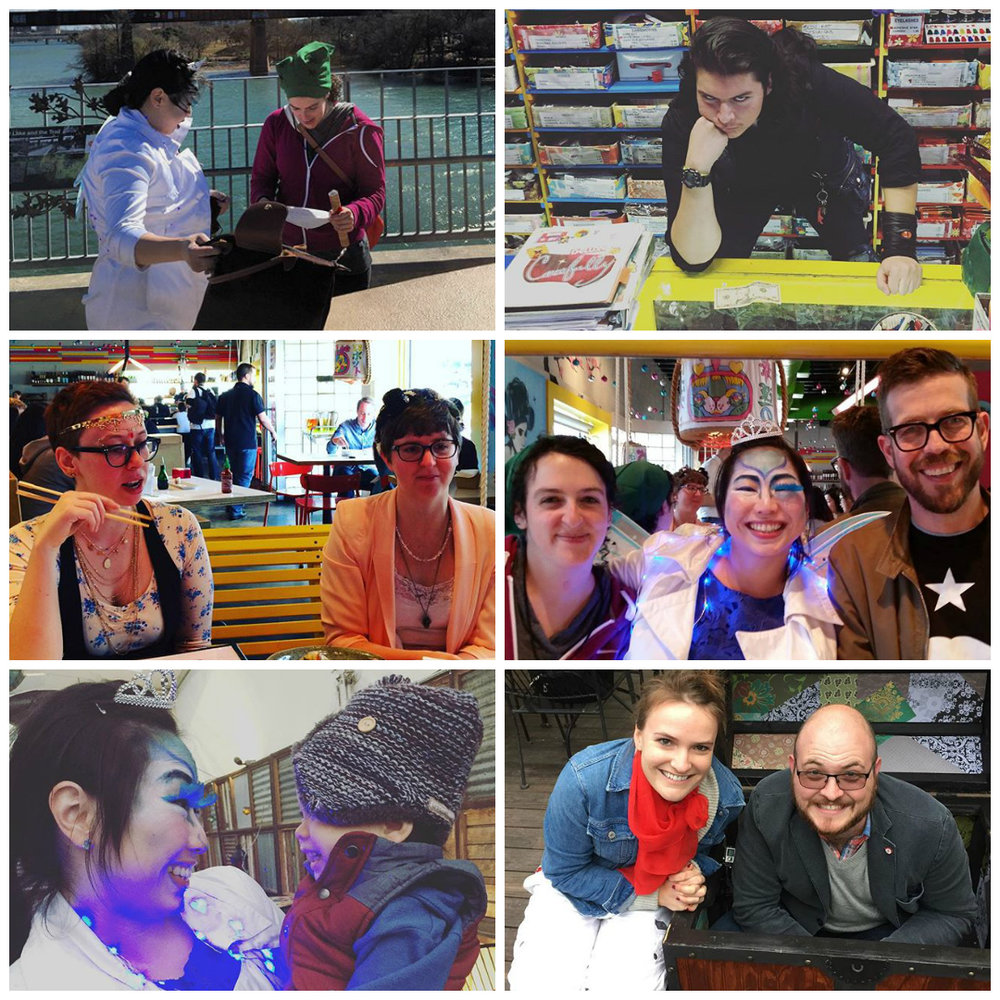