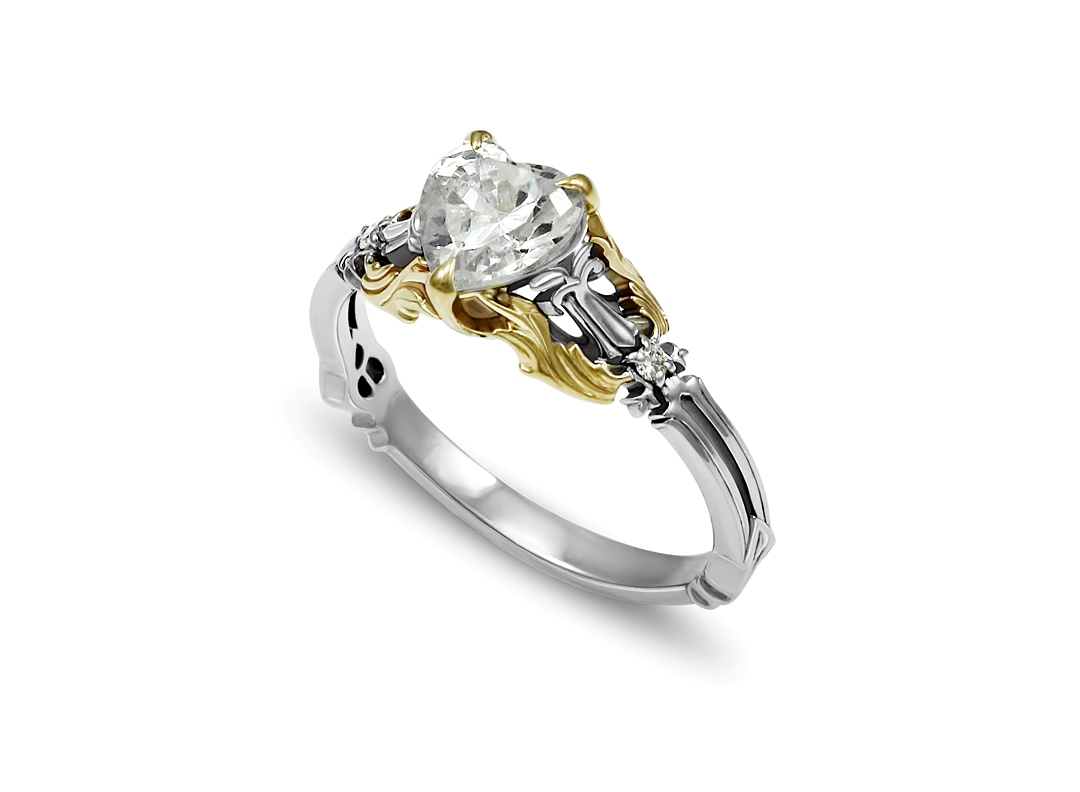 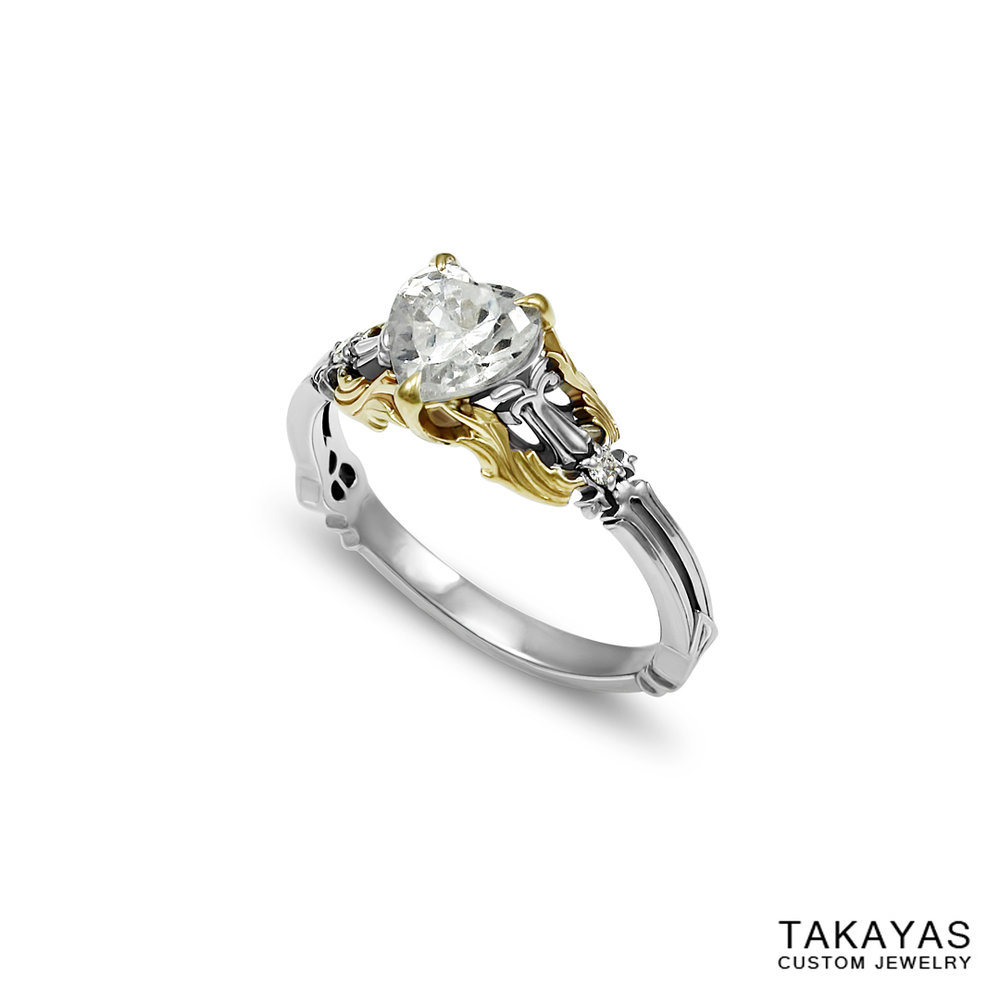 We’ve been wanting to design a Kingdom Hearts ring for a while now so when Cory approached us with his Keyblade engagement ring concept for his girlfriend Sheila, we were immediately enthusiastic.

His idea for the ring was to use a heart shaped center stone surrounded by two Keyblades, but he left it up to us to decide which ones. We entertained the idea of using Lady Luck or Three Wishes, but in the end, Takayas decided to use the Oathkeeper because in addition to being one of the most visually elegant Keyblades in the game, it also symbolizes Sora and Kairi’s bond. 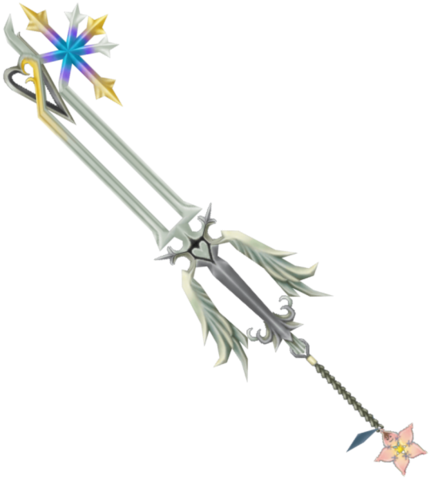 The Oathkeeper’s hilt frames the center stone on each side, and the blade forms the rest of the band. Takayas designed the ring’s band in 14K white gold, and he used 14K yellow gold accents to create contrast and draw attention to the iconic feathered guard. It was a little challenging to fit so many details into such a small surface area, so he used the hilt in the front of the band and the head of the blade in the back of the band. 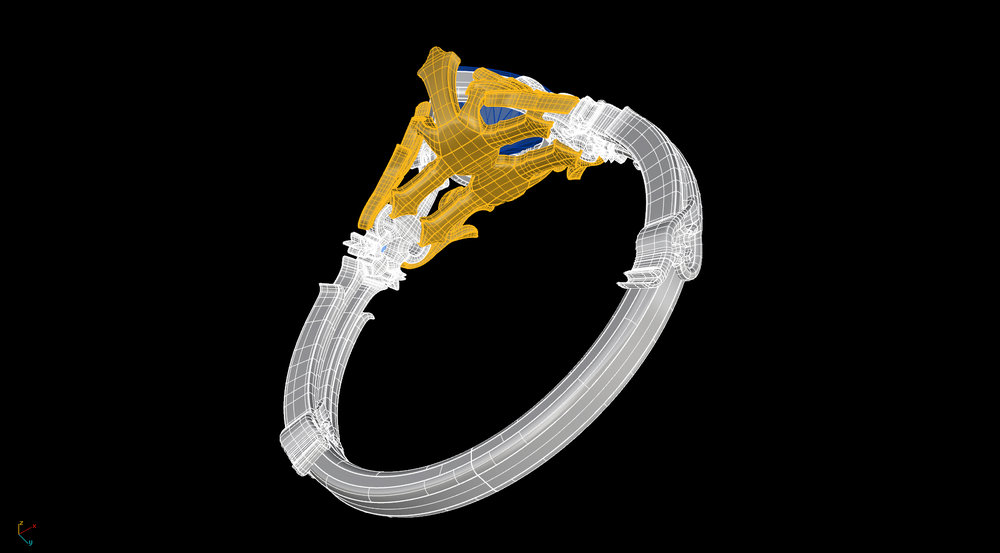 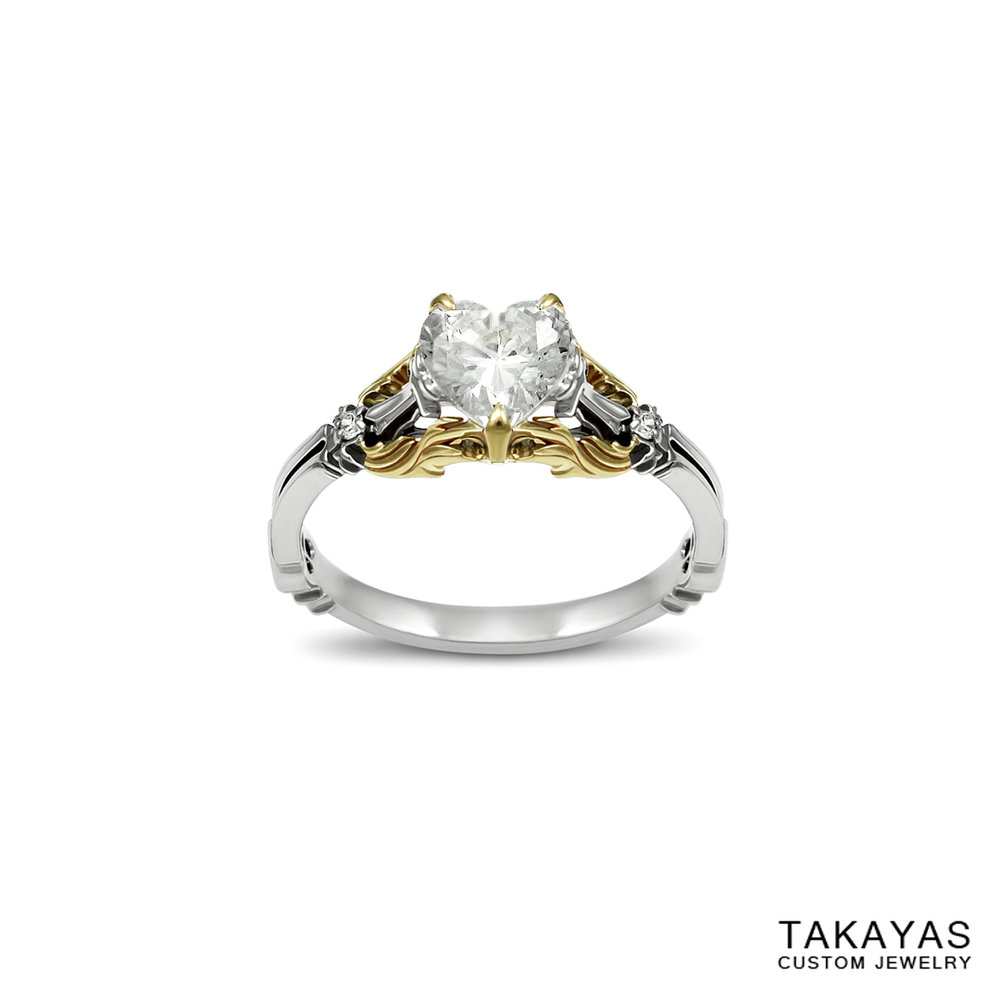 It was a bit of a time crunch to have the ring ready by New Years, but it was all worth it because she said yes!

“I proposed during New Years at midnight as part of our exchanging of our New Years resolutions. My resolution was to make her the happiest she had ever been, and because it had been the first day of the New Year I had to make sure it was special. We were inspired because we are both crazy about video games and Kingdom Hearts is by far one of our favorites. It was an all around an amazing experience. I went to my brothers party afterwards and everyone was shocked and surprised! They all adored the ring, it was quit serene.”